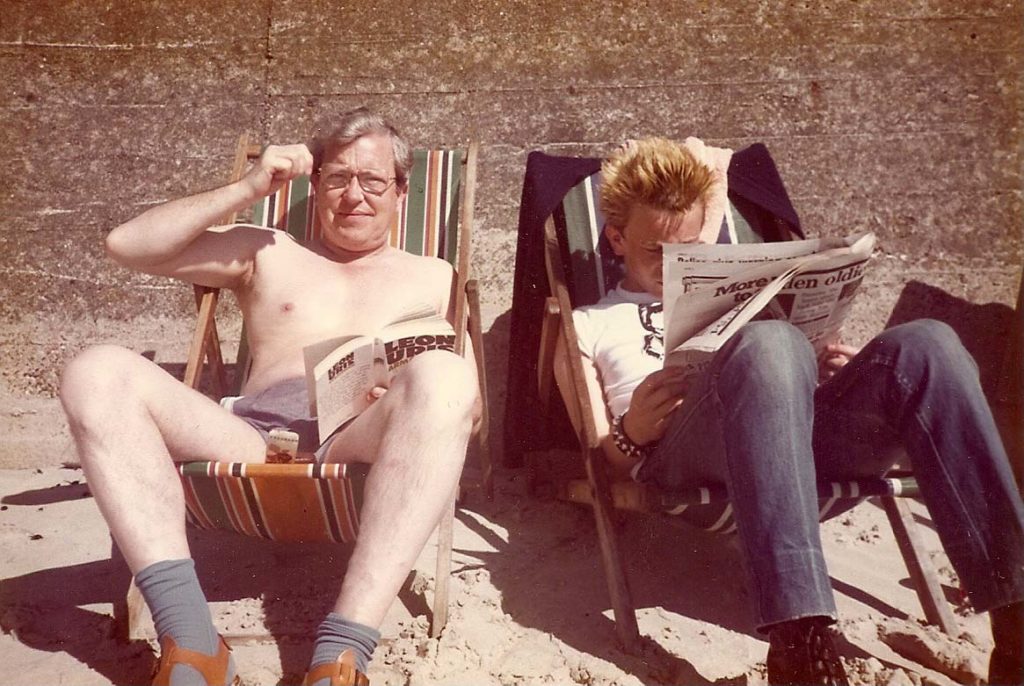 If you grew up in the rainy isles of Britain, you will definitely find something instantly recognisable in the collection of images cared for by the Museum of Youth Culture.

Whether you were (or indeed still are) a mod, rocker, goth, rude boy or girl, punk, biker, casual, or raver – or just remember what it was like to be young – a visit to this magical online rabbit hole of teenage snapshots and stories will have you pining for your youth, and wondering whatever happened to the people who you spent your formative years with.

A vast archive of photos sent in by members of the public, together with photo essays and themed albums and a highly diverting search facility, the website captures the many faces of youth culture in Britain in the last century – from early pre-war teens, through the rise of post war youth up to millennials and the time of grime.

This archive of photos, essays and ephemera has been growing steadily online for the last few years, but now the people behind the venture are seeking to make the Museum of Youth Culture a physical space that people of all ages can visit and experience in person. 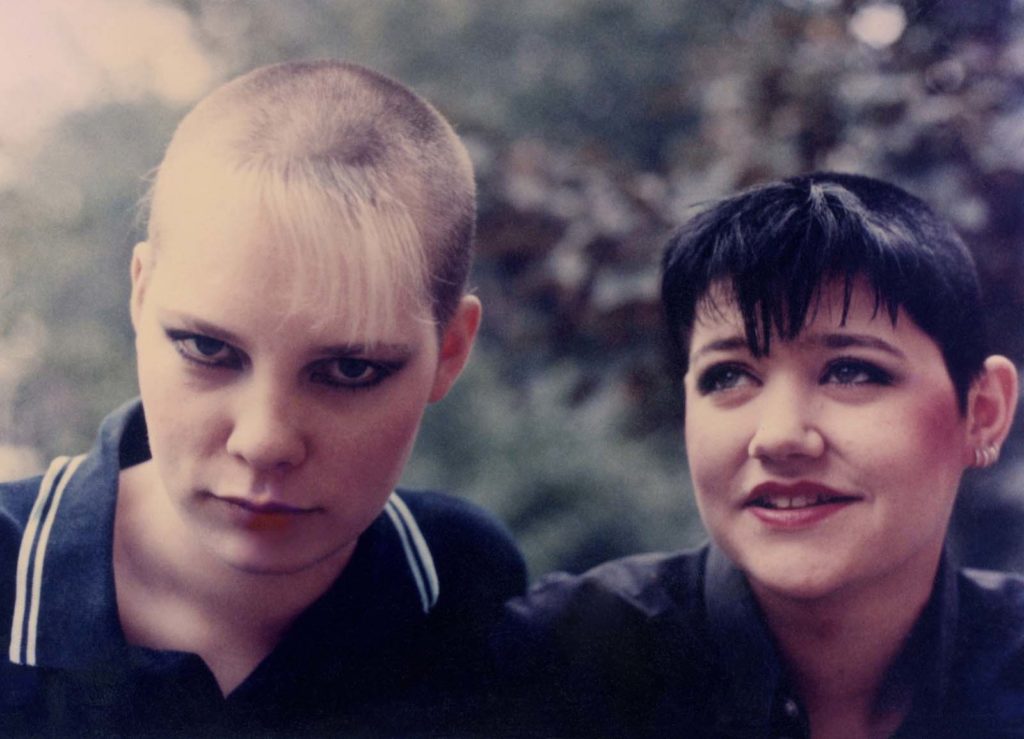 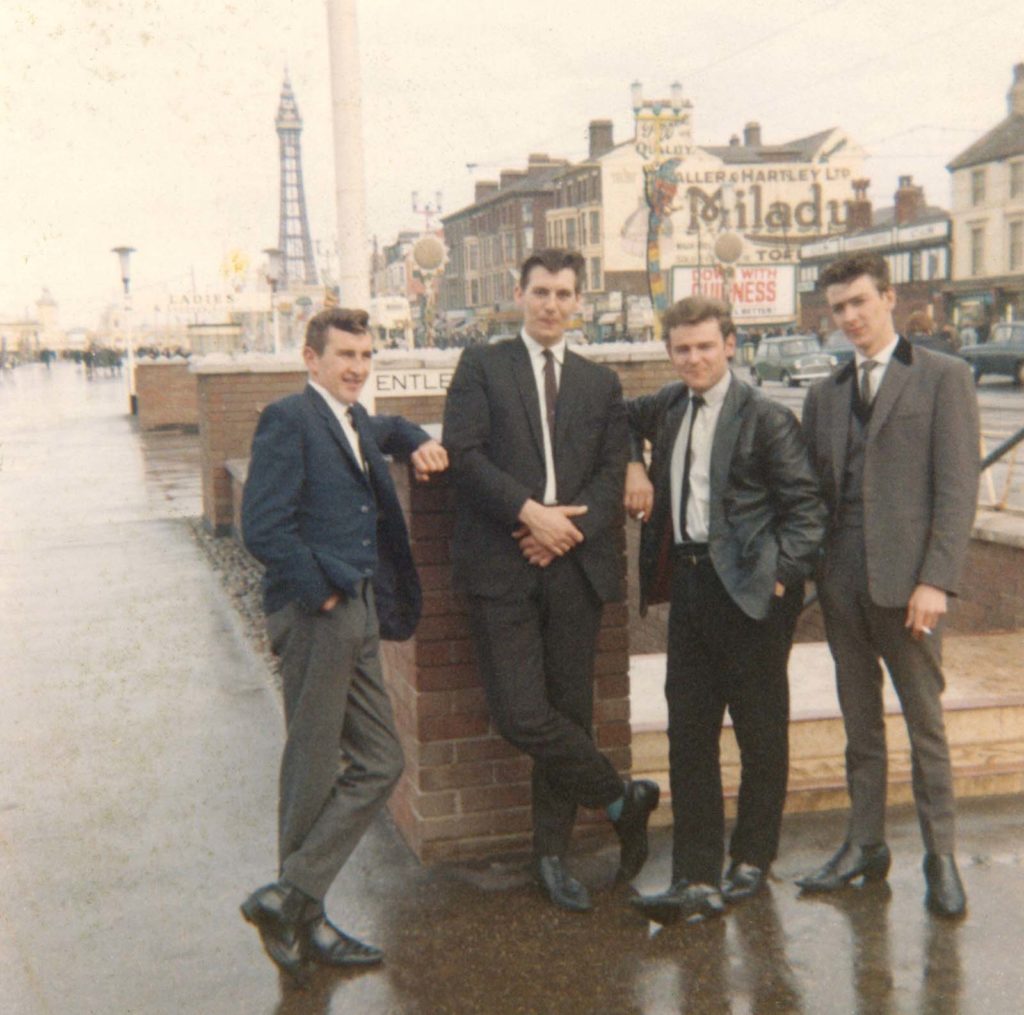 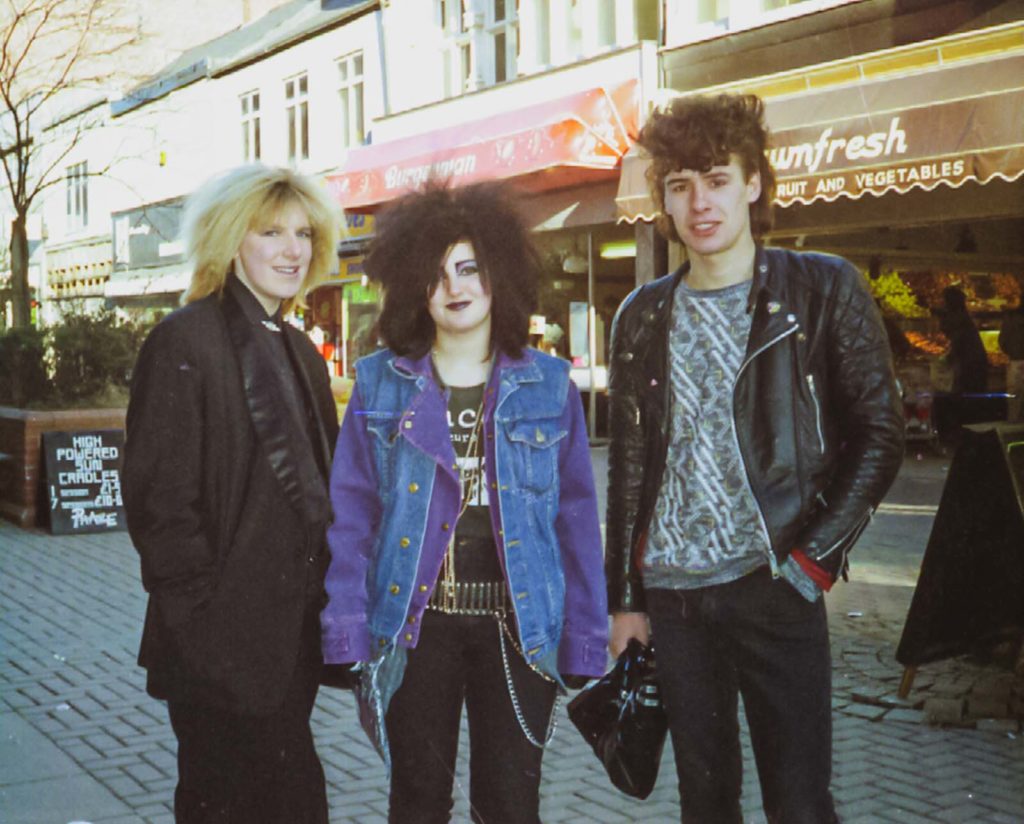 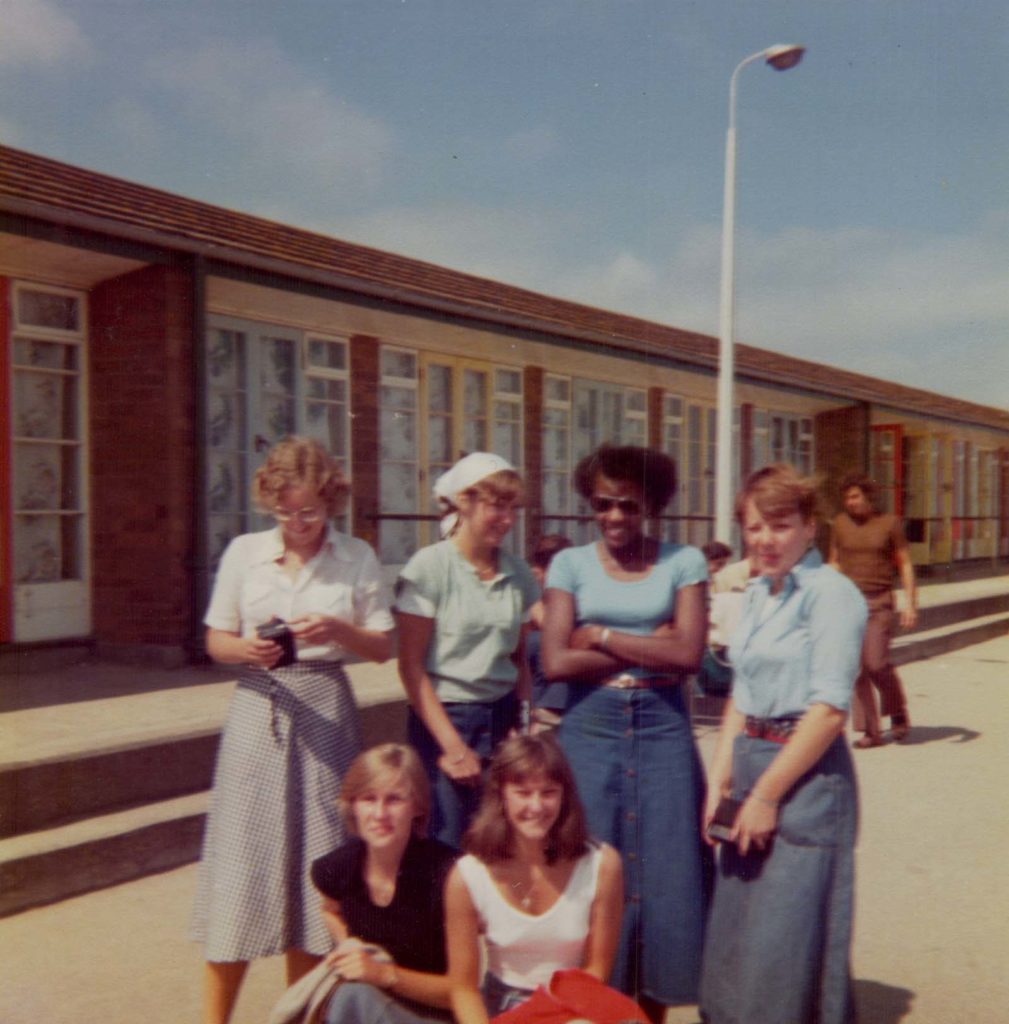 “We’ve been told youth culture is niche, we’ve been told to join another museum because a museum about it is not necessary. We’ve been told that we’re the best advertisement for National Service there’s ever been,” says Youth Club Archives’ Lisa Der Weduwe on the long journey to establish the archive and the idea of a museum.

“I think youth culture can still get dismissed as not an important part of our social history or an important story to tell,” she adds, “but actually there’s something really valuable in being able to say, ‘you were young and therefore you can be part of this museum and help tell this story’.”

The genesis of the Museum of Youth Culture Collections go back to 1997 and John Swinstead, the owner of the magazine Sleaze Nation, which started as a free listings magazine for clubbers and then became an influential lifestyle mag during the heyday of glossy magazines in the mid-nineties to early noughties.

After Sleaze Nation’s demise the magazine’s unique archive of photographs documenting the lives of young clubbers and gig-goers morphed into the PYMCA (Photographic Youth Music and Culture Archives), a commercial photo library that ran for 20-odd years and was the go-to place for photos and photographers that documented youth culture in Britain.

But with the rise of the big commercial photo libraries, and in the wake of the stock market crash of 2008, the PYMCA became less viable and went back to being just a collection of photographs – safely stored in Swinstead’s garden shed.

“It was then when we went ‘ok, we’re doing this because of the history,” says Der Weduwe. “We could give this to another museum or collection to take on, but we believe there should be a museum of youth culture and that the story of being young should be told in its own right and in full.” 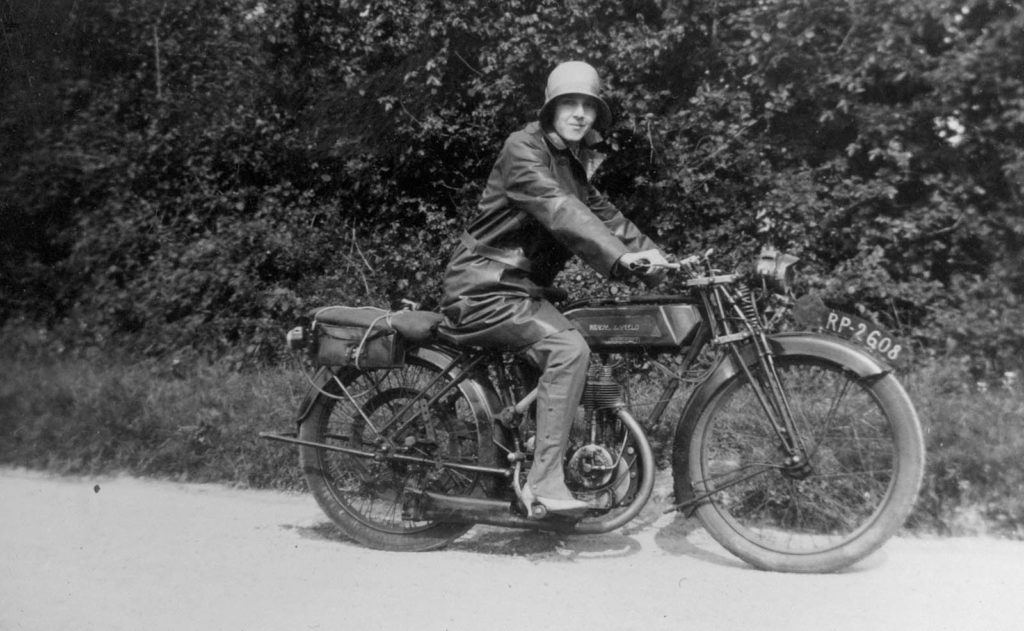 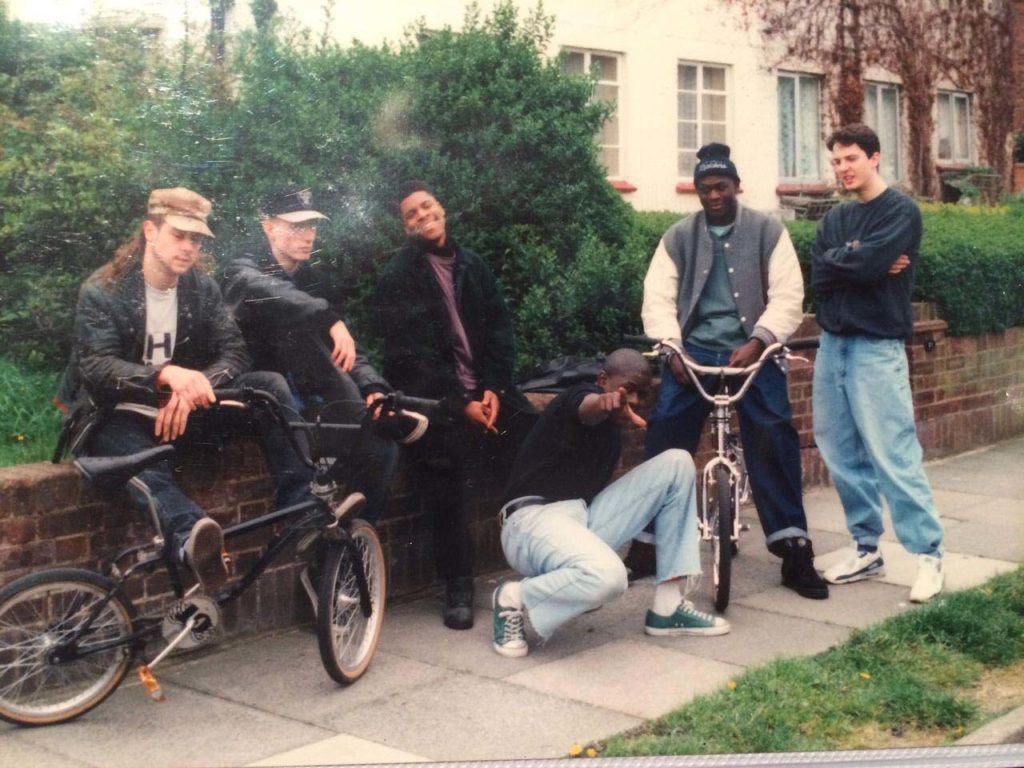 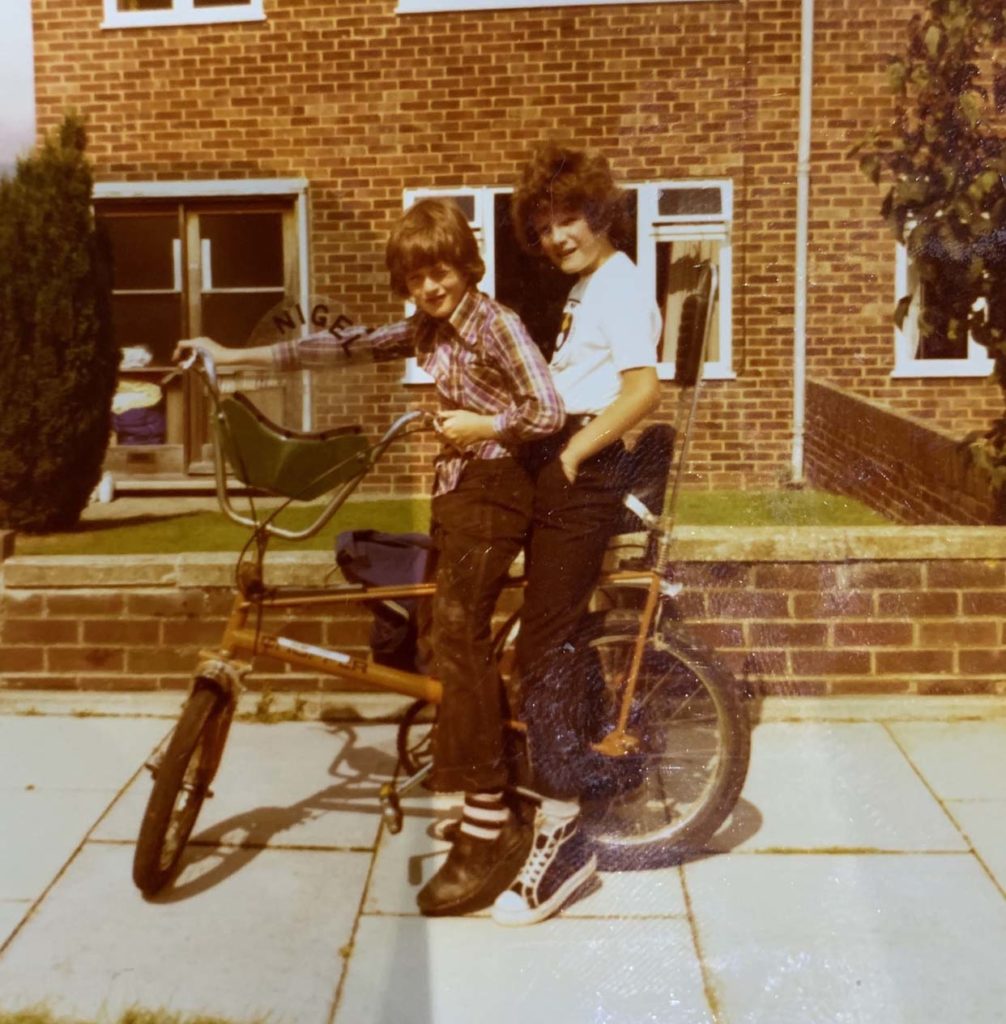 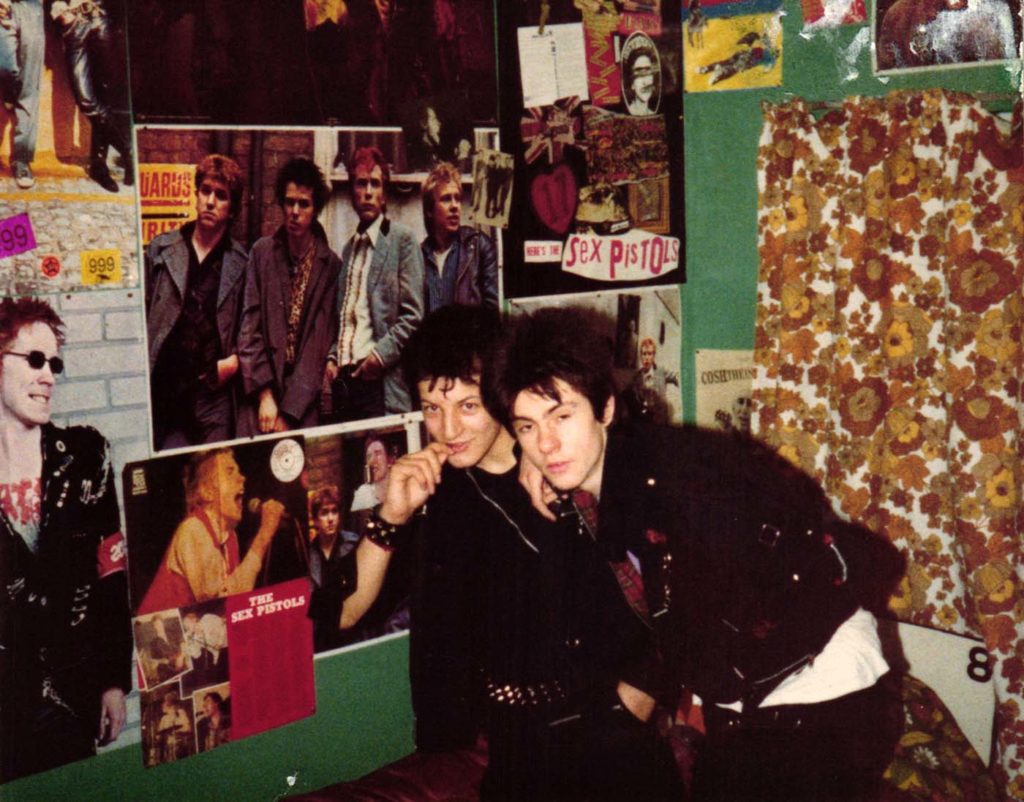 In 2015 the collection went non-profit and became Youth Club Archive, which is the agency to make The Museum of Youth Culture happen and turn the collection into an open and accessible one that becomes the basis of a museum.

With backing from the National Lottery Heritage Fund, Youth Club Archive have since been developing the collection, looking at narrative and context, and holding outreach events and workshops to get people to share their photographs and stories of what it was like being young.

Last year their first public call out, Grown up in Britain, was an appeal to share memories and photographs of being a teenager and to upload them as part of the Museum of Youth Culture.

“Old ticket stubs or flyers or even if you don’t have any of that and you just have an amazing story to tell when you were young – that can also become part of the collection. We see the museum not so much about saying ‘this is youth culture’ or ‘this is the story of youth culture’ but as the people’s collection where people’s different stories tell us what it’s like being young and growing up in Britain.

“In many ways the Grown up in Britain project is an anthropological project,” adds Der Weduwe, who has been travelling to communities across the UK to host events where people can share their photographs and their memories.

“We understand that these photographs are incredibly personal, they mean so much to people,” she adds. “So to be able to represent these stories is a real honour.”

People have also been coming into the Youth Club Archive office in London to scan their photos and attending ‘scanning socials’ in a pub or café “where we invite people to pop in have a drink and share their stories and photos,” says Der Weduwe, who has seen the material grow and expand beyond what many of us regard as the traditional ‘birth of the teenager’ during the 1950s onwards. 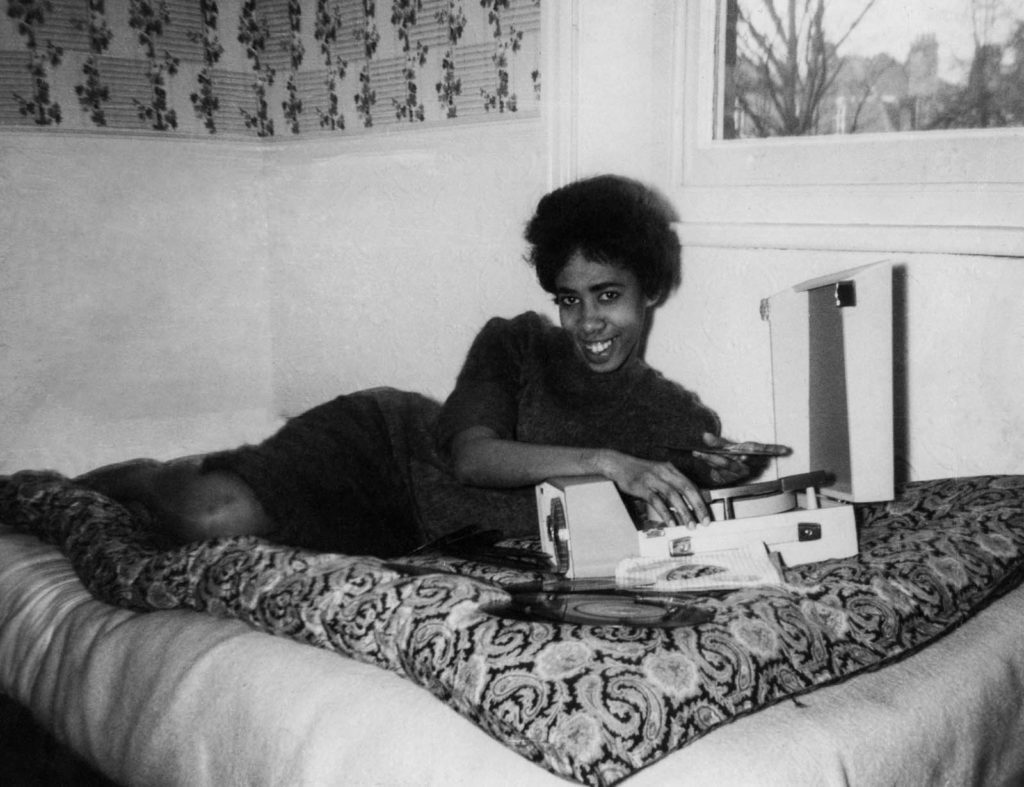 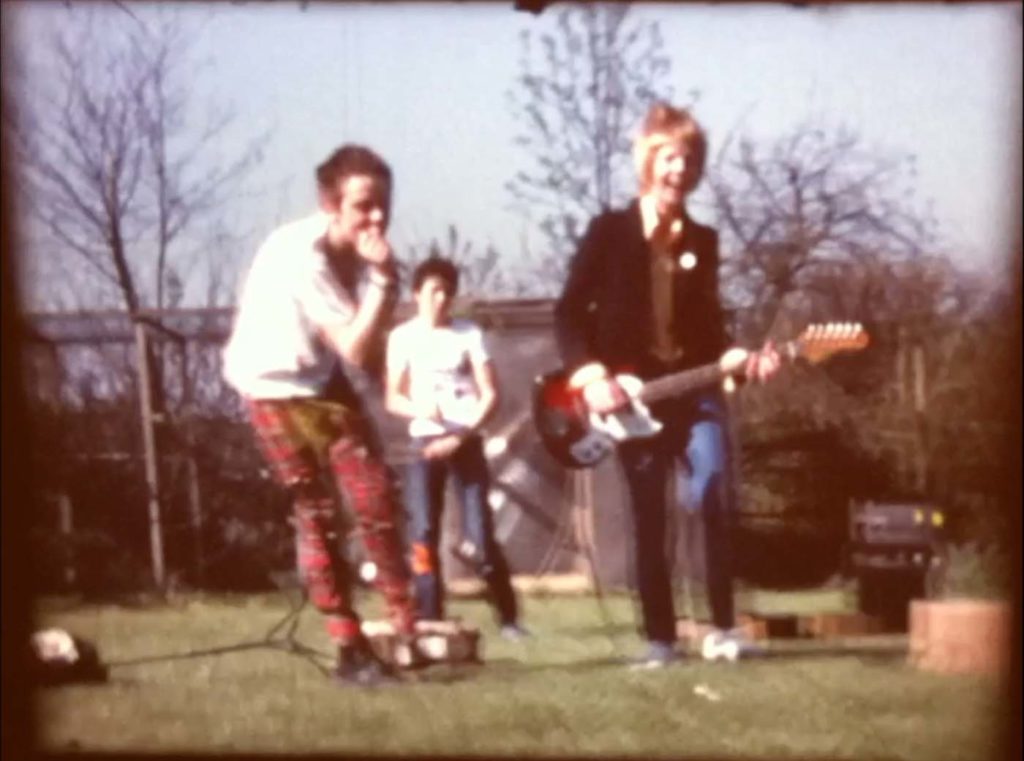 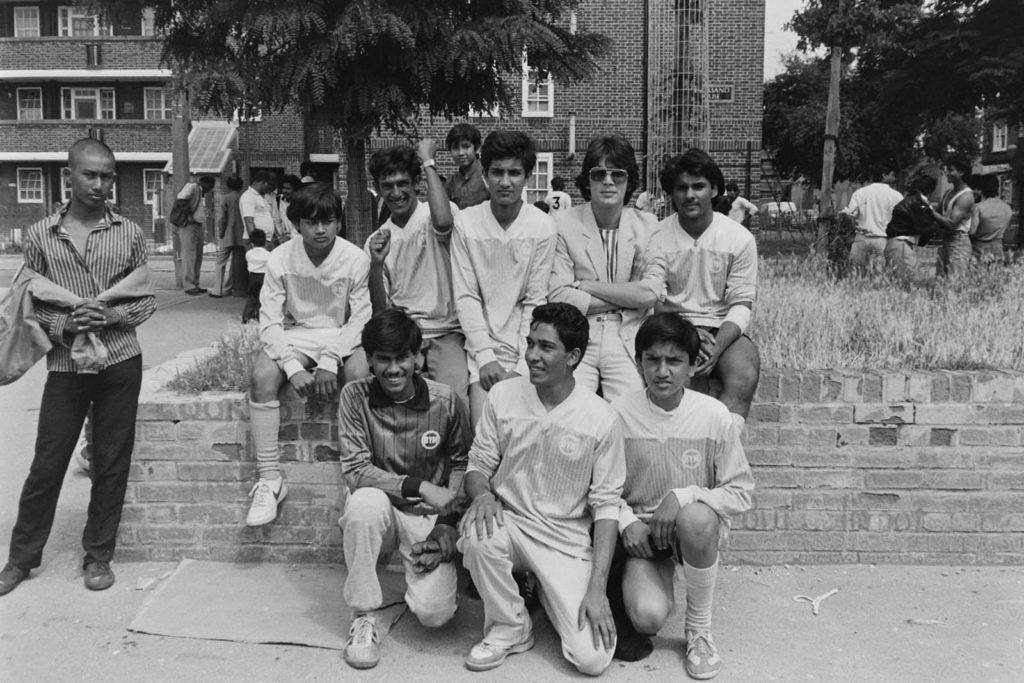 ‘My beautiful picture’. Courtesy The Museum of Youth Culture 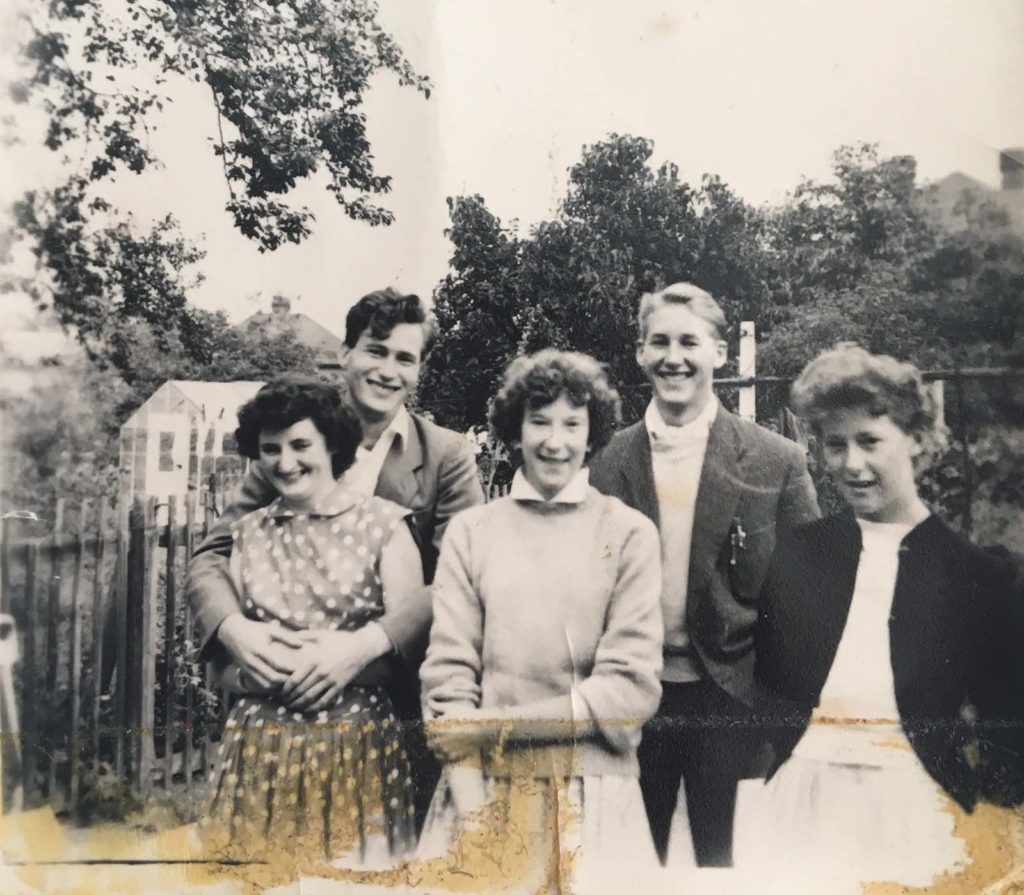 “Through Grown Up in Britain our oldest photo now is from 1910 and the collection of photographs from the 1920s is growing,” she says. “When you look back to the early 1900s – and the 1920s particularly – you begin to see the inklings of the teenager, of people rebelling and creating scenes for themselves, and it’s great to have photos from that time that complement the collection.

“A guy who had a collection of photos from 1980s Northamptonshire of him and his friends hanging out in rural pubs told me about his mother-in-law who was a biker and a flapper in the 1920s” she adds. “He sent me three photographs and one of them was of her on her World War One army surplus motorbike in her heels and one of those hats that flappers wore.

“In the relative sense of history, perhaps she wasn’t anyone important, but she was an amazing person and here she is expressing herself and who she wants to be. I think that is incredibly powerful and I think that telling those stories is really important.

“When I sit down with someone and they tell me how they came to a movement and how that helped them find who they are, I think that’s such a powerful story. Apparently, she lived to 101.”

The collection may be reaching back through the last century, but from the post war period it understandably gets stronger. One of the stories of post-war youth that you will discover on the website is that of the 59 Club – a 1960s motorcycle club that joined forces with a biking vicar to establish a clubhouse where they could meet together. The photographs, taken by a youth worker, vividly capture their story of community and friendship.

“They still meet every week on Tuesday,” says Der Weduwe, “we sat in their clubhouse scanning, and it was just really lovely.” 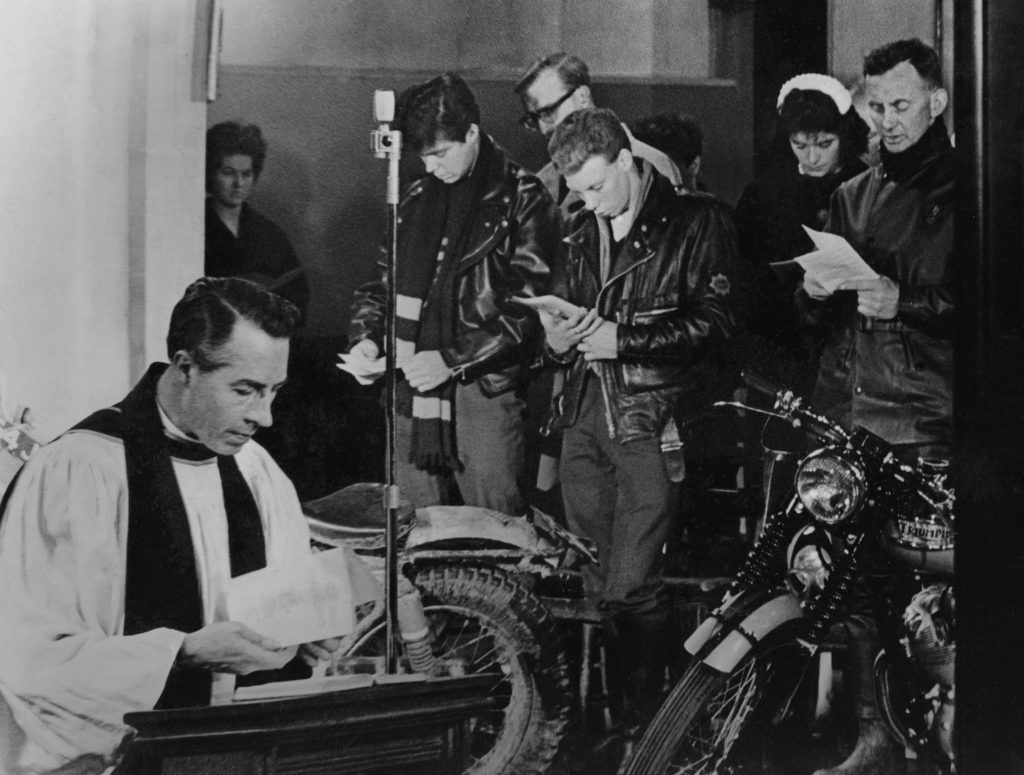 The 59 Club. Courtesy The Museum of Youth Culture 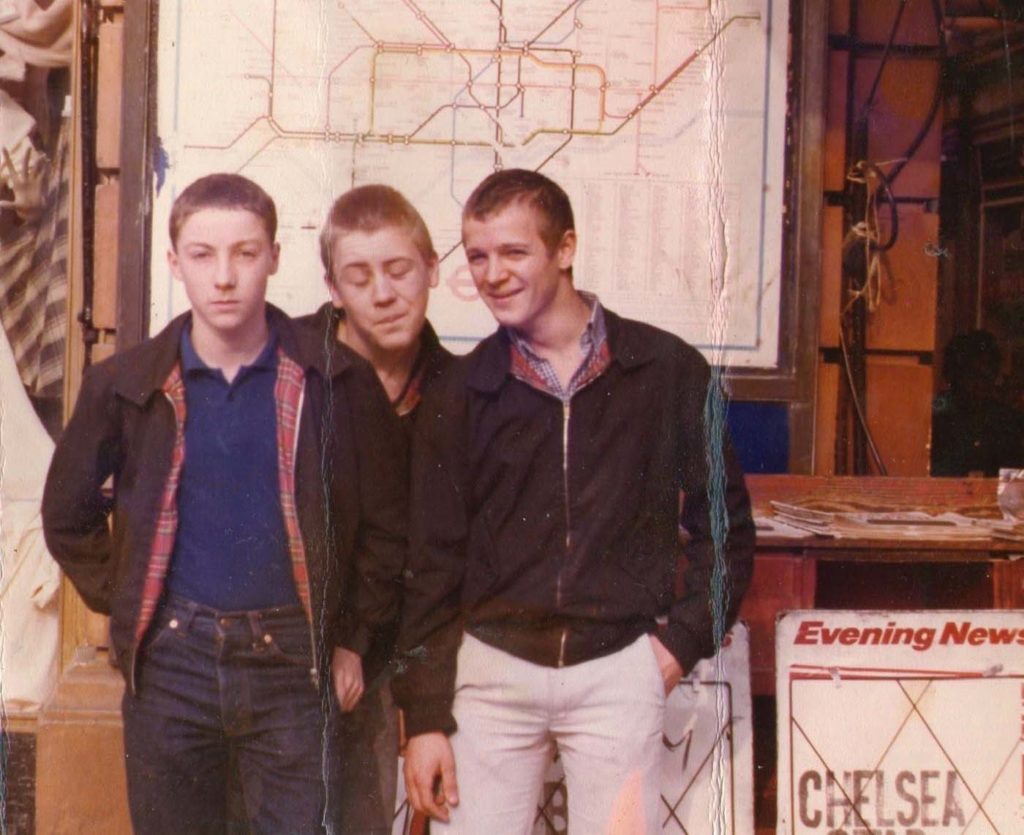 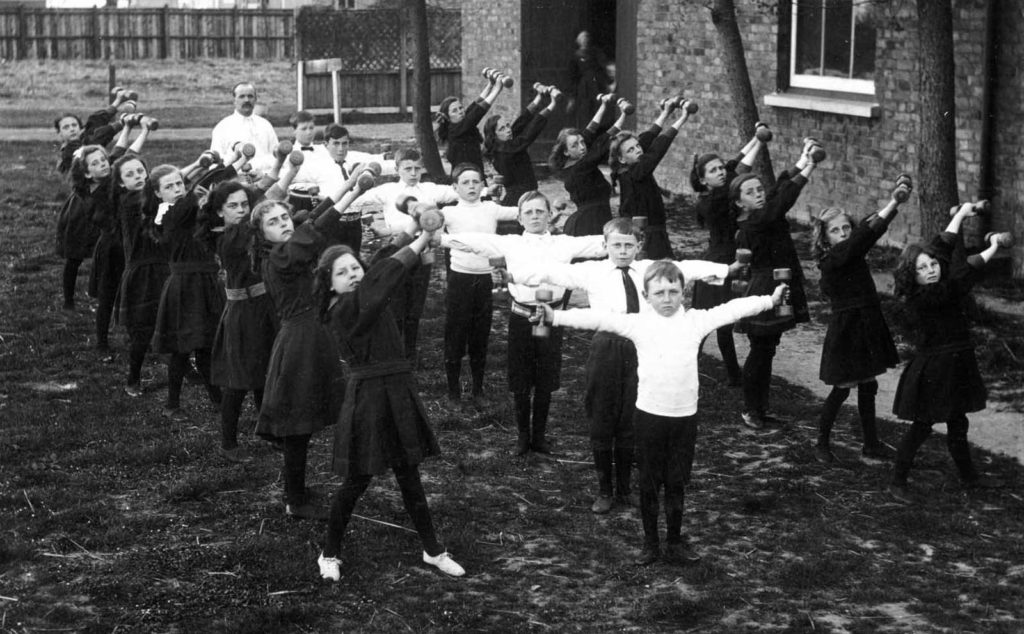 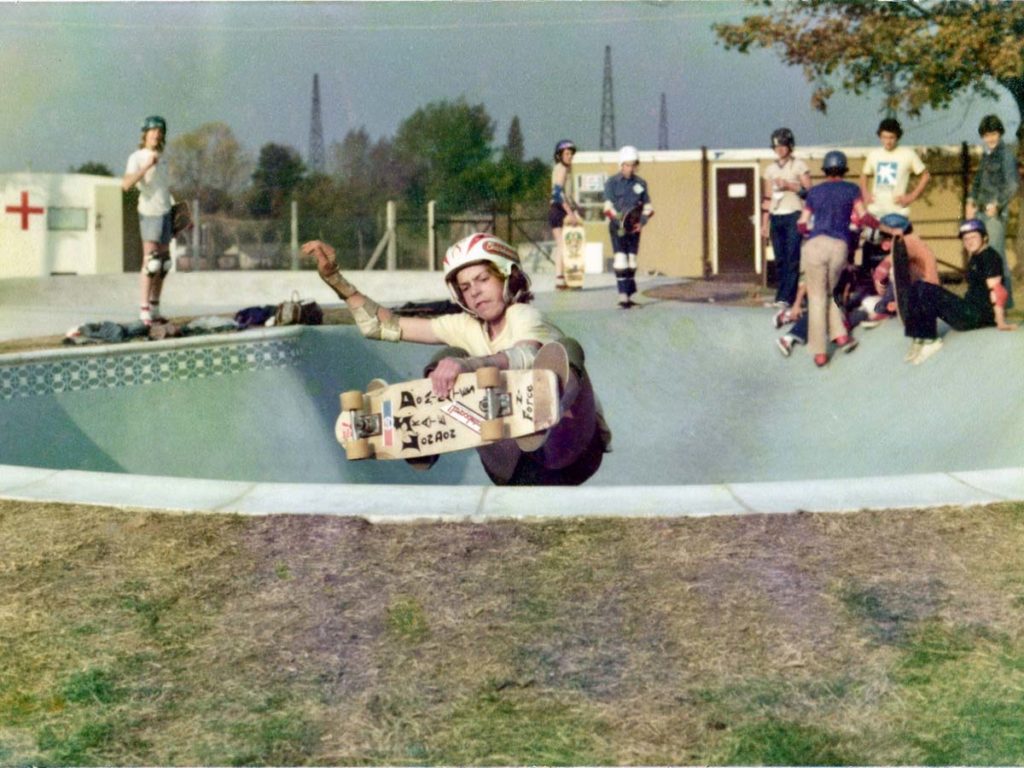 Now the mission is to build on the collection’s diversity, introduce a wider geographical spread of contributions and travel more widely across the UK to speak to more people by recruiting outreach champions in Leeds, Newcastle, Sunderland, Glasgow, Cardiff and Belfast and work towards opening the physical museum – whatever shape that may take.

“When we think about what a museum looks like we want to be sure it reflects and represents youth culture and is a place for young people today to go to – so perhaps it will be more like a venue or even a youth club?” ponders Der Weduwe.

Whatever shape the physical museum eventually takes, a visit to the website of the Museum of Youth Culture should convince you of the value and appeal of these social histories that have the power to resonate with people from all backgrounds and across the generations.

“We need to help change narratives about young people,” adds Der Weduwe. “We say it’s about ‘preserving to inspire’, it’s about preserving the past to inspire future generations and make people realise their story is important.

“These stories are at risk of being lost and we need more positive narratives around young people. You can rebel and express yourself in positive ways, you can find your voice and sense of identity and it’s incredibly positive, empowering and inspiring.”

Visit the Museum of Youth Culture and get involved at museumofyouthculture.com