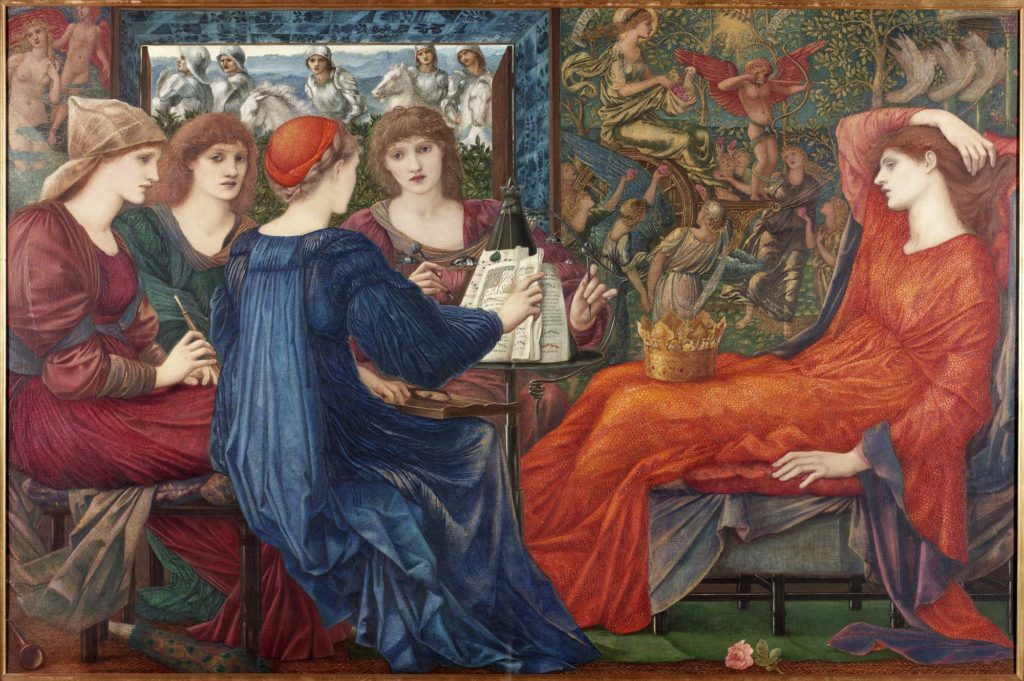 The idea of imprisonment might not immediately spring to mind when gazing at the sumptuous paintings of women in aesthetic interiors that proliferated in the Victorian and Edwardian periods.

But beyond the escapism and layered symbolism – not to mention the brooding sensuality and lust – there lies an overt and sinister element, which if you look again turns these aesthetic and medieval-inspired ‘sanctuaries’ into gilded cages that confine the young women that inhabit them.

The Laing Art Gallery is tackling this often glossed-over element of the artwork of the period with a fascinating exhibition spanning the Victorian and contemporary art worlds and, as you might expect, the Pre-Raphaelites and their inheritors are the prime culprits.

For all their attempts to cast women as strong characters, Edward Burne-Jones, Dante Gabriel Rosetti et al were among many whose ornamentally draped subjects were effectively depicted as captives. And, as this exhibition shows, for some Victorian artists women were even arguably on a par with the wall hangings and pots they dolefully gazed upon, or the couches they languidly reclined on. 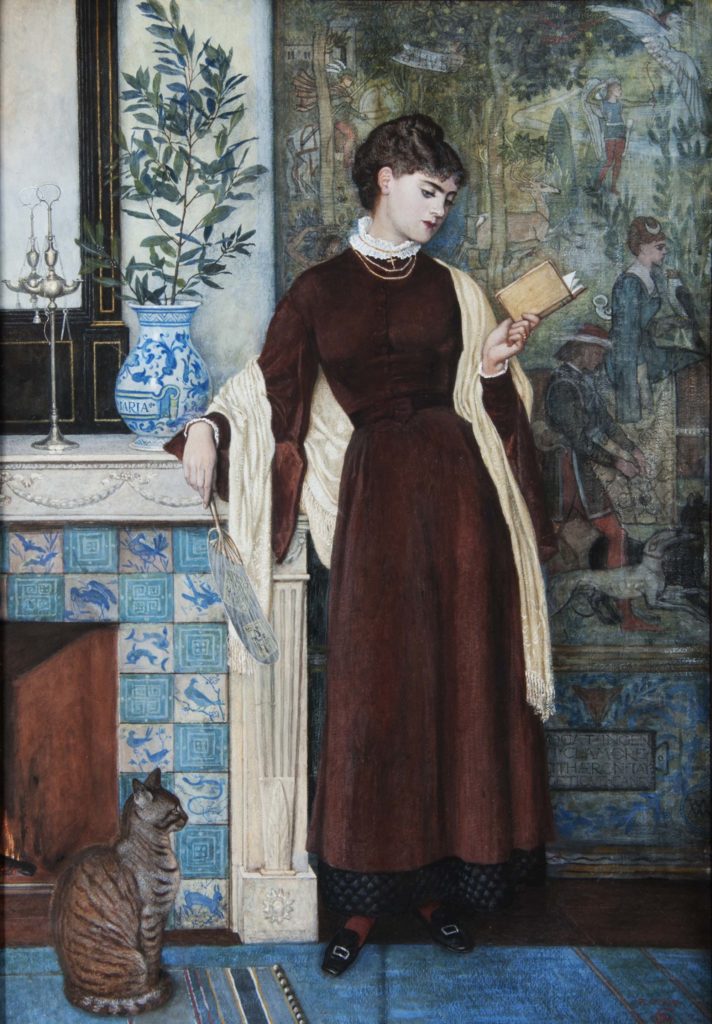 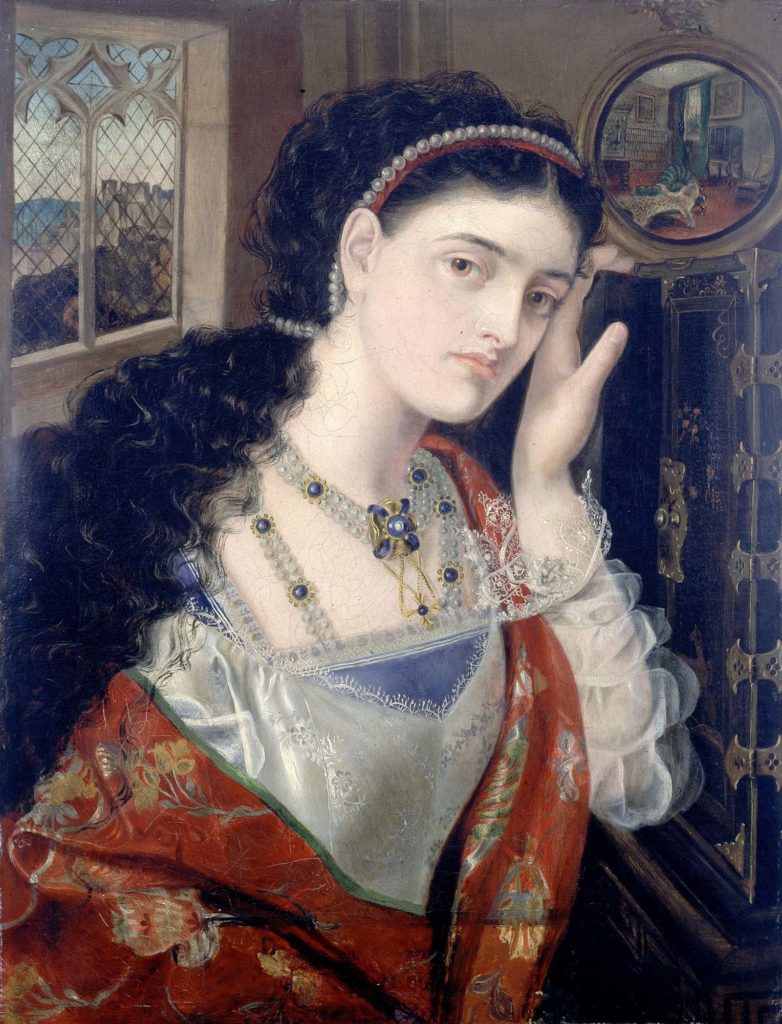 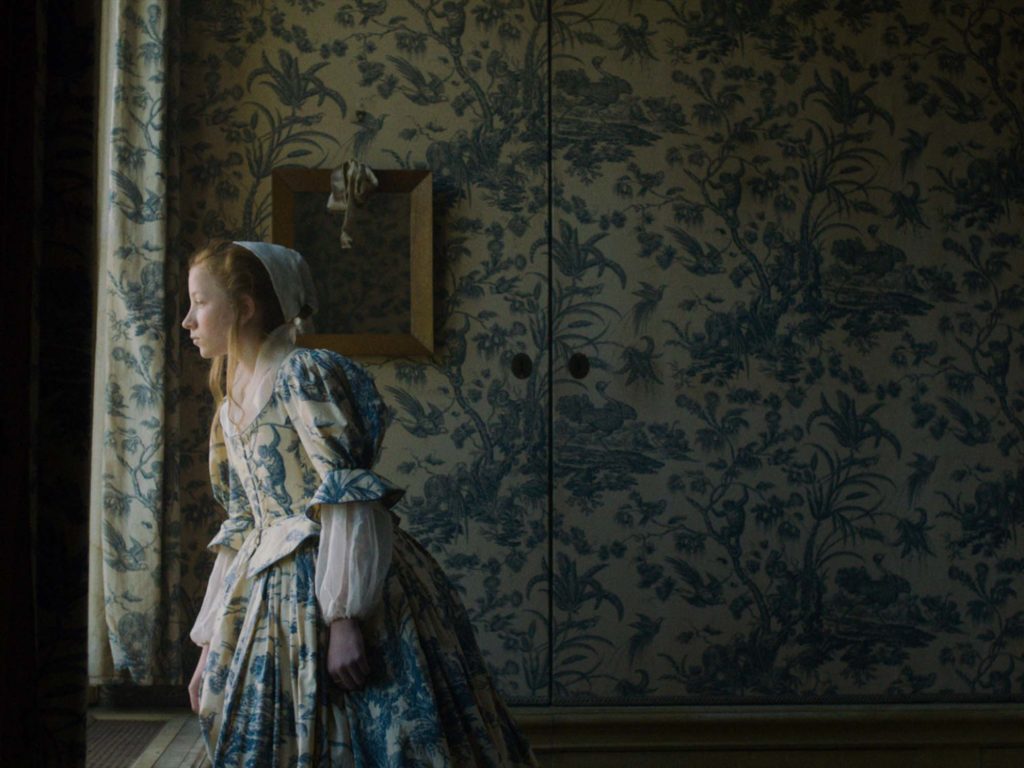 The tendency for women to become ornamental objects draws partly on classical myths, and many of the older artworks share compositional traits – the space is oppressive and lacking in depth, there is often a window (a view on to an inaccessible world) but never a door or an open path to reach it.

A slew of this kind of thing – iconic Pre-Raphaelite and British Orientalist paintings by artists such as Burne-Jones, William Holman Hunt and John Frederick Lewis – is shown alongside works by their female peers such as Emma Sandys and Evelyn De Morgan, who sometimes went along with it and sometimes challenged and subverted the idealisation of women as captive damsels or passive beauties.

“As is the case for many museums, some of the most beloved pieces in our collection are also among the most problematic,” says Laing chief curator Julie Milne, “in this case harbouring thinly veiled expectations about women that we now recognise as harmful.”

“Rather than shy away from showing such works because of the prejudices they reflect, our intention is to confront them with contemporary artists’ work that calls out their intoxicating effects, resulting in powerful dialogues between works that speak from radically different perspectives.”

Complex ideas of enclosure and enchantment come from contemporary artists like Mona Hatoum, Fiona Tan, Cornelia Parker and Martha Rosler who explore the interior as a place that can be controlling, sinister and threatening as much as it can be a sanctuary.

At its core the exhibition is built around three significant works in the Laing collection where women are trapped – psychologically or physically – in the environments we see them pictured in.

Edward Burne-Jones’ Laus Veneris (1873-75) depicts Venus and her attendants (looking pretty down in the dumps) in a subterranean lair while John Frederick Lewis’ Hhareem Life, Constantinople (1857) portrays two women in a harem, one gazing out of the window at the open spaces denied to her, and the other playing languidly with a domestic cat, a symbol of her own captivity.

The Laing’s new film acquisition, Nele/Nellie (2013) by the Indonesian-born Tan, depicts the illegitimate daughter of Rembrandt Van Rijn, Cornelia Van Rijn, wearing a dress that matches the exotic wallpaper as she paces unhappily around the house where she was kept hidden from society until her father’s death. Cornelia eventually emigrated to the capital of the Dutch East Indies, Batavia, (present-day Jakarta) where she died in her early thirties. She has remained an enigma ever since. 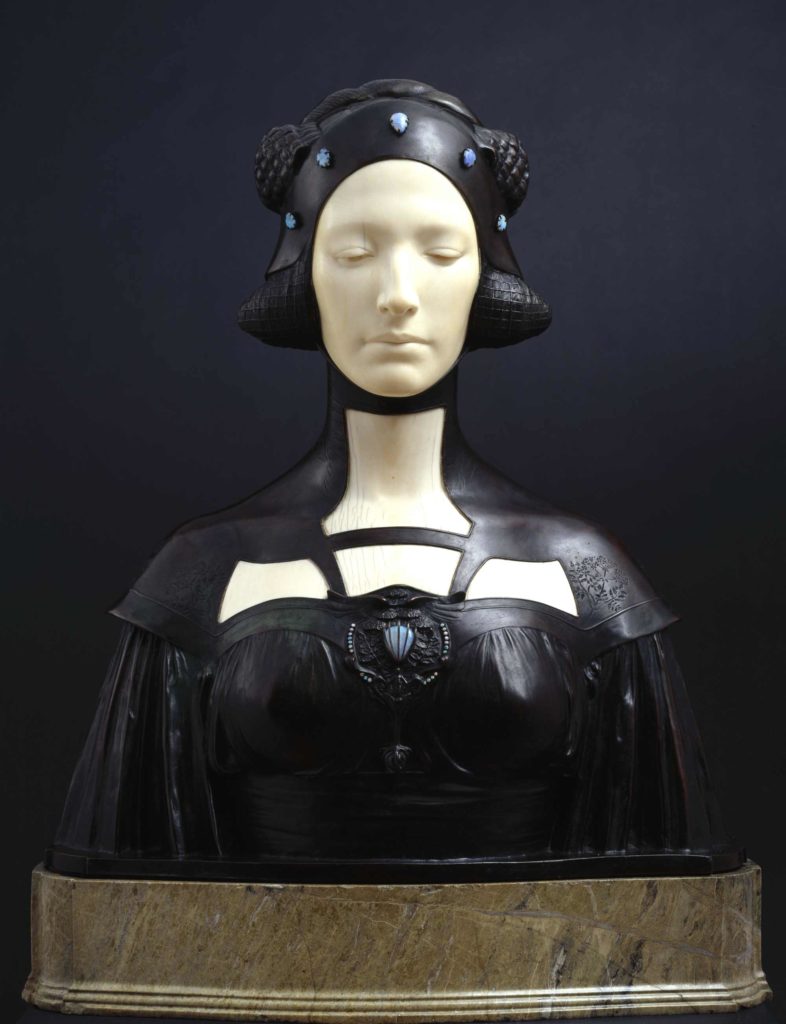 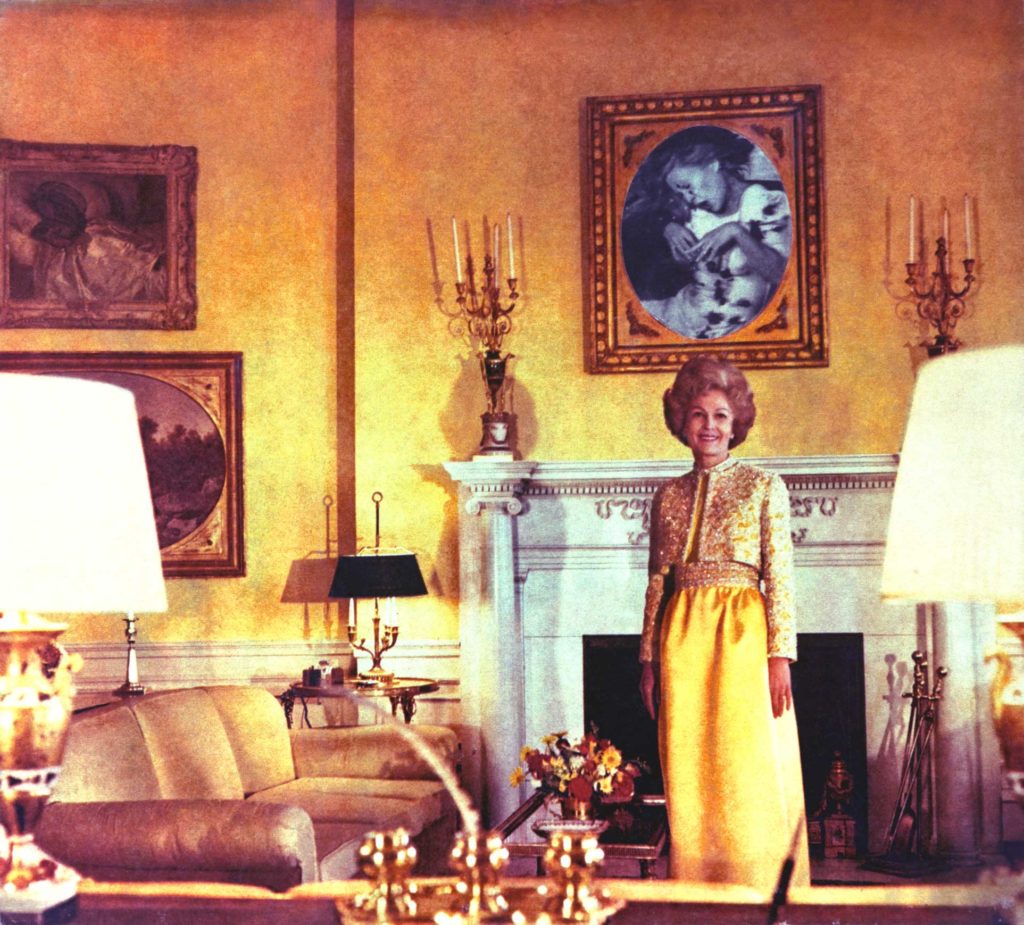 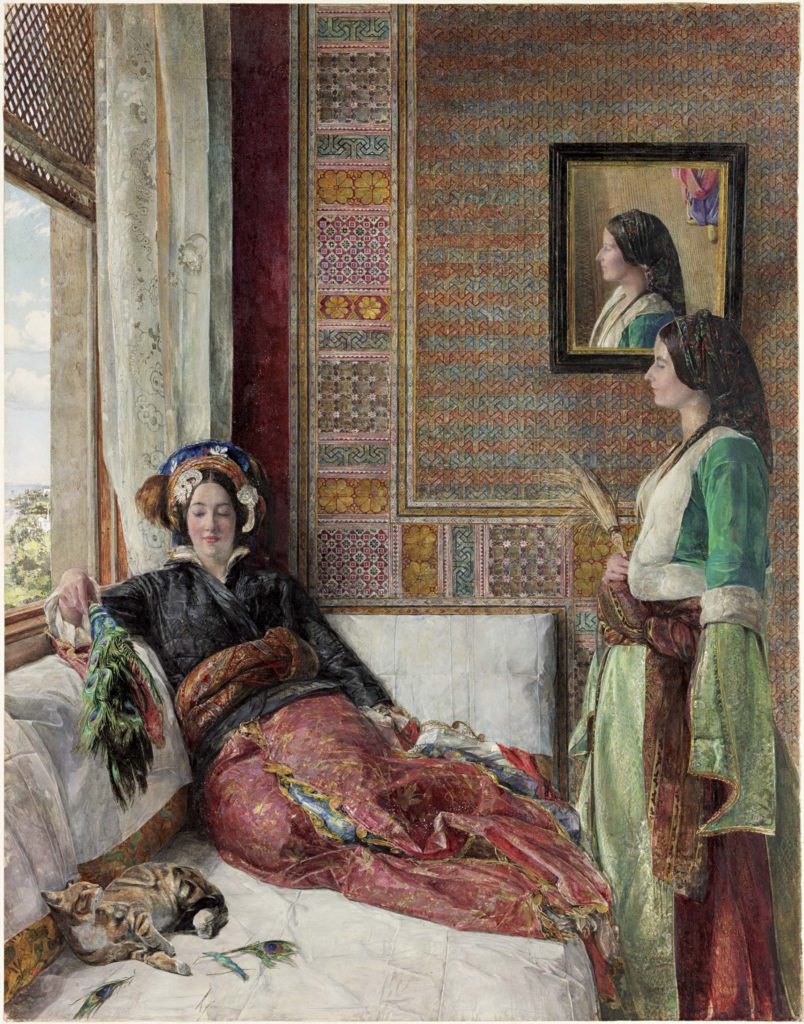 Another key loan is Pygmalion and Galatea by Ernest Normand (1881, Atkinson Art Gallery Collection) which depicts the Greek myth of the sculptor who fell in love with a statue he had carved out of ivory, offering perhaps the most latent example of the real woman as object and objects in the image of women.

Then there’s Sir George Frampton’s art deco sculpture Lamia, who as well as being the subject of a Keats poem, was in Greek mythology a woman who became a child-eating monster after her children were destroyed by Hera. Here she is rendered in polychrome materials with a realist depiction that gives the illusion that it is a real woman frozen in stone.

It is left to contemporary women artists to deconstruct these tropes or appropriate them for their own ends, and a work that has been key to the creation of the whole exhibition is Mona Hatoum’s sculpture Home (1999, Tate).

Hatoum appropriates objects related to the domestic kitchen, traditionally a feminine domain, and gives them a menacing, uncanny edge. Potentially lethal electrical currents course through wires connected to items such as a colander, a whisk, a ladle and a heart-shaped pastry cutter.

“Although beautiful to behold, in many of these works, the interiors we see women inhabiting are governed by invisible but unbreakable rules, oppressive expectations, and in some cases, unseen tyrants,” adds exhibition curator Madeleine Kennedy. “Through remarkable works by female artists, the allure of the enchanted interior is complicated, cutting through the outer illusion of opulence to the complex realities beneath, and offering alternative ways of seeing the world and women’s place in it.” 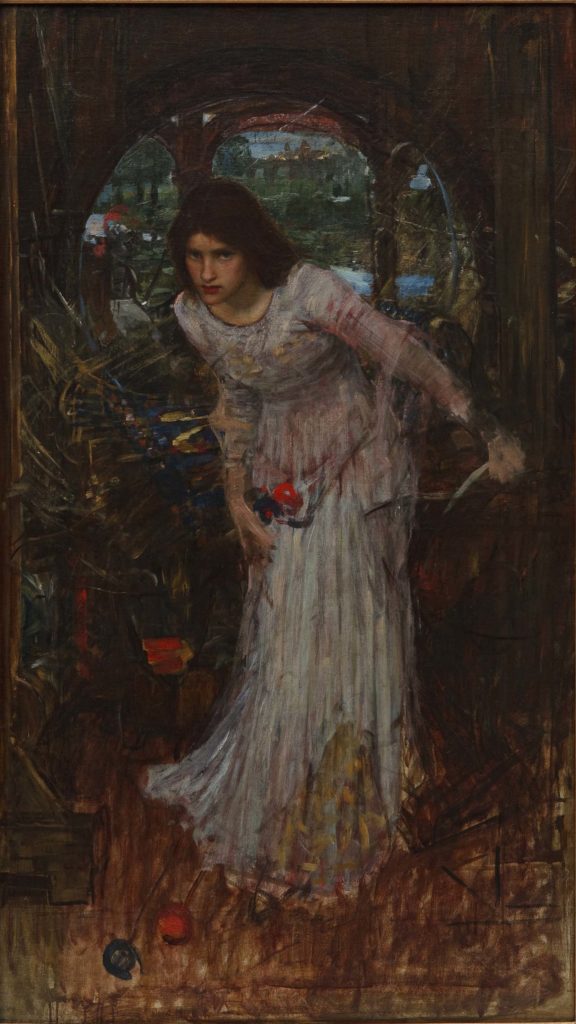 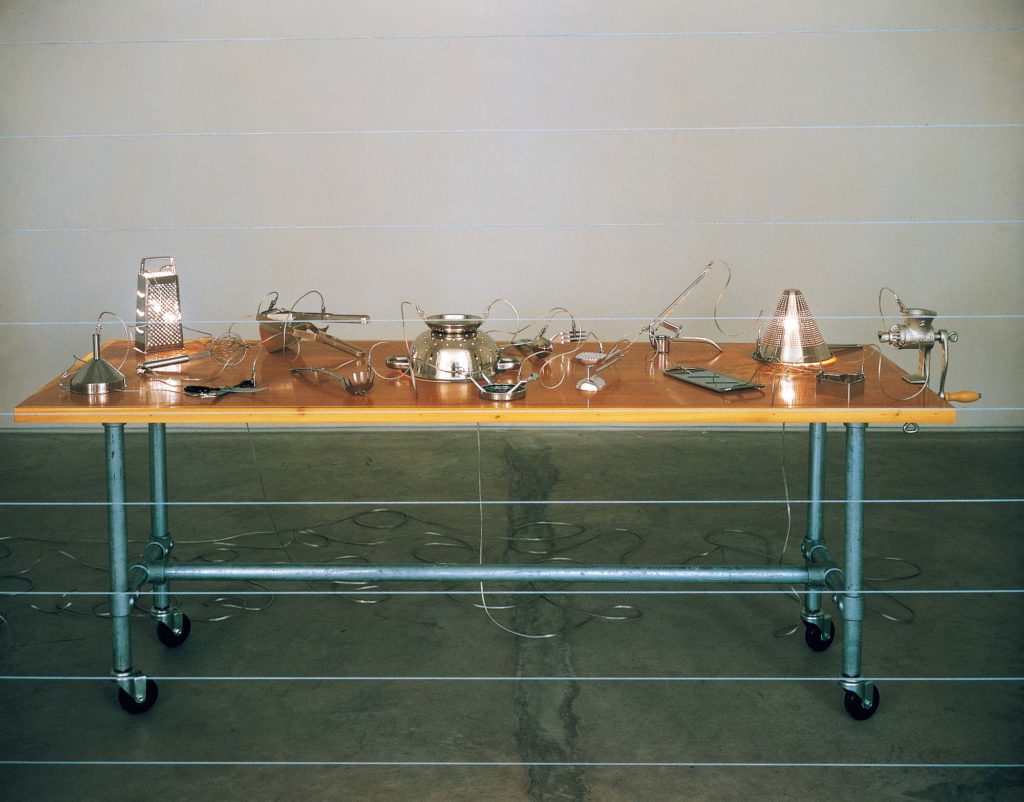 The exhibition is accompanied by an illustrated publication.

The Enchanted Interior is at the Guildhall Art Gallery from March 13 until June 14 2020.

Discover the art collection of the City of London Corporation and visit Guildhall Yard, a tranquil and historic square in the middle of the City. The Gallery was established in 1886 as, 'a Collection of Art Treasures worthy of the capital city'. See works dating from 1670 to the present,…