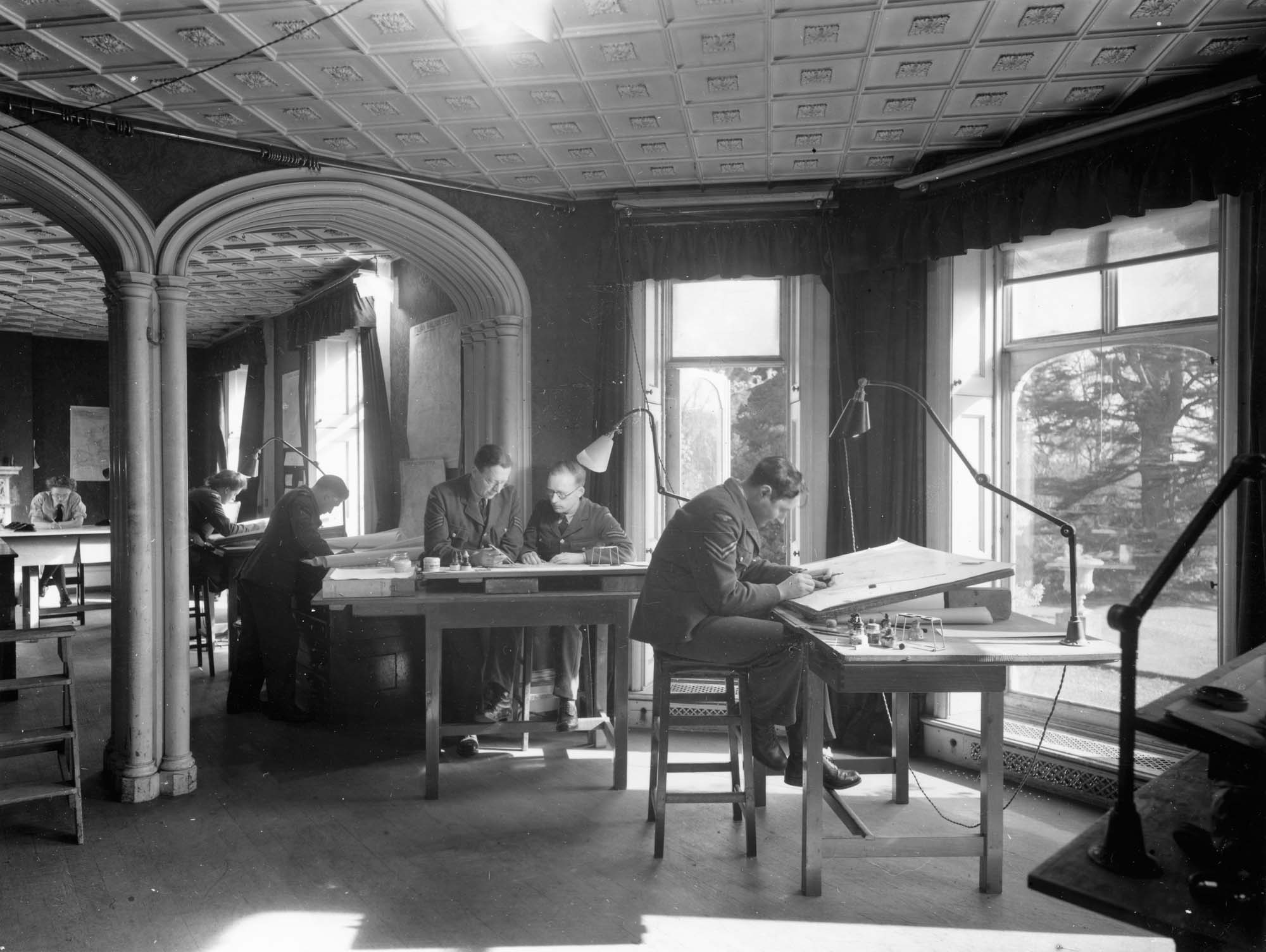 A hive of activity: inside the Hillside Drawing Room.

The National Trust acquired Victorian Prime Minister Benjamin Disraeli’s home, Hughenden in Buckinghamshire, in 1947, but the manor’s secret wartime role was only revealed when a volunteer guide overheard a visitor telling his grandson about his wartime service there.

Years of painstaking work followed by Hughenden’s own team of expert volunteer researchers, assisted by the visitor, Victor Gregory, to piece together Hughenden’s remarkable WWII story.

At the start of the war there were few accurate maps of Germany and early RAF bombing raids were ineffective, leading to the need to set up a map-making operation. Hughenden was requisitioned by the Air Ministry from 1941-46 and, code-named Hillside, became a key mapping centre for the war effort, producing target maps for the RAF’s nearby Bomber Command HQ. 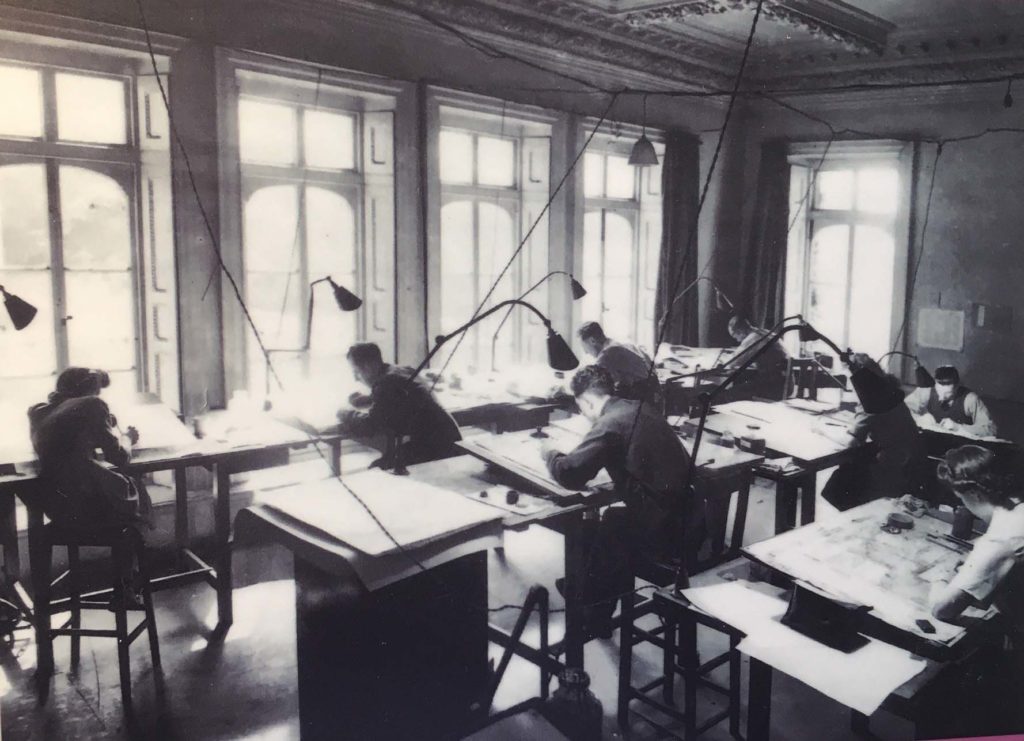 The Hughenden map room during wartime. 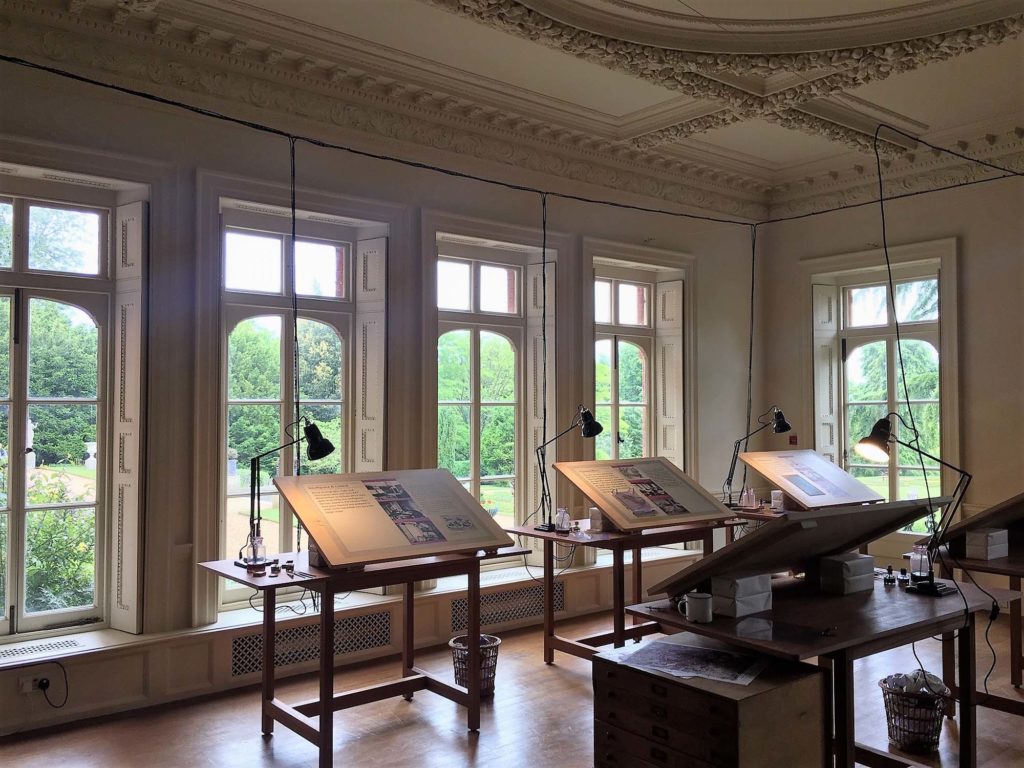 At the time, Hughenden was owned by the Disraelian Society who ran it as a small museum. All furniture, paintings, carpets and other furnishings were put in storage for the duration of the war, except for the contents of Disraeli’s study which was left intact and locked.

Beyond these locked doors, Disraeli’s former residence became a hive of activity, as RAF and civilian personnel produced more than 3,500 hand drawn maps for bombing campaigns, including those for the Dambusters’ raid and an attack on the Berchtesgaden, Hitler’s famous mountain retreat.

Now the rooms once used for this highly secret map making have been opened to the public for the first time to tell the story.

Around 100 personnel, both men and women, military and civilian, were based at Hughenden. The map-makers were recruited for their skills as cartographers, architects, designers, artists and even cartoonists, all chosen for their drawing abilities along with printing professionals. 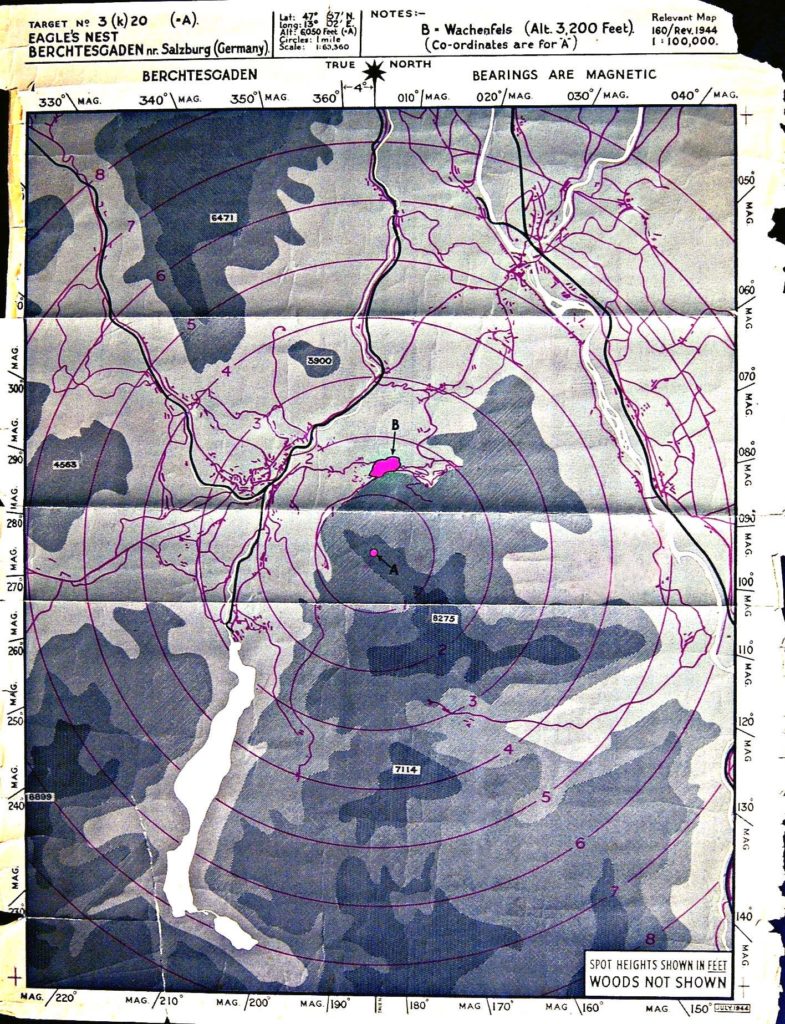 The Berchtesgaden Eagle’s Nest map in the Hughenden collection. 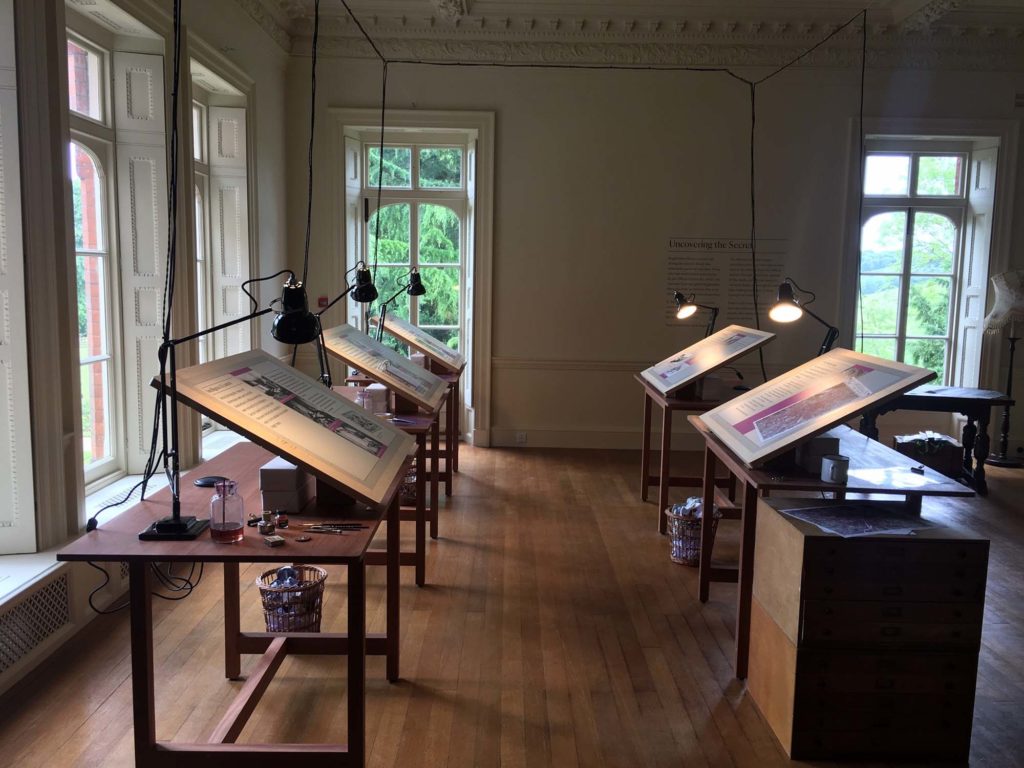 A group of five south facing rooms were converted to drawing offices due to the good light, with other rooms used for the intelligence section, printing, photography and supervisory control. Administrative offices and a staff canteen were on the top floor.

A small display on this vital wartime work has previously been shown in the basement, but now the newly opened rooms, part of the original suite used for the map drawing, have been transformed with the help of local groups including the RAF to tell the full story of Hughenden’s secret wartime role – the people, the place and the map-making process.

“People visit Hughenden for many reasons: for the gardens, parkland and countryside and the Victorian home of Disraeli,” says House & Collections Manager at Hughenden, Rob Bandy. “This new display will allow them to discover a different side to Hughenden’s history – the significant role it played in helping to turn around the outcome of the Second World War and how that impact was keenly felt by the map-makers themselves.”

The exhibition features archive material, interactive displays and accounts from the map-makers and personal stories from the people whose work was so crucial to the war effort. 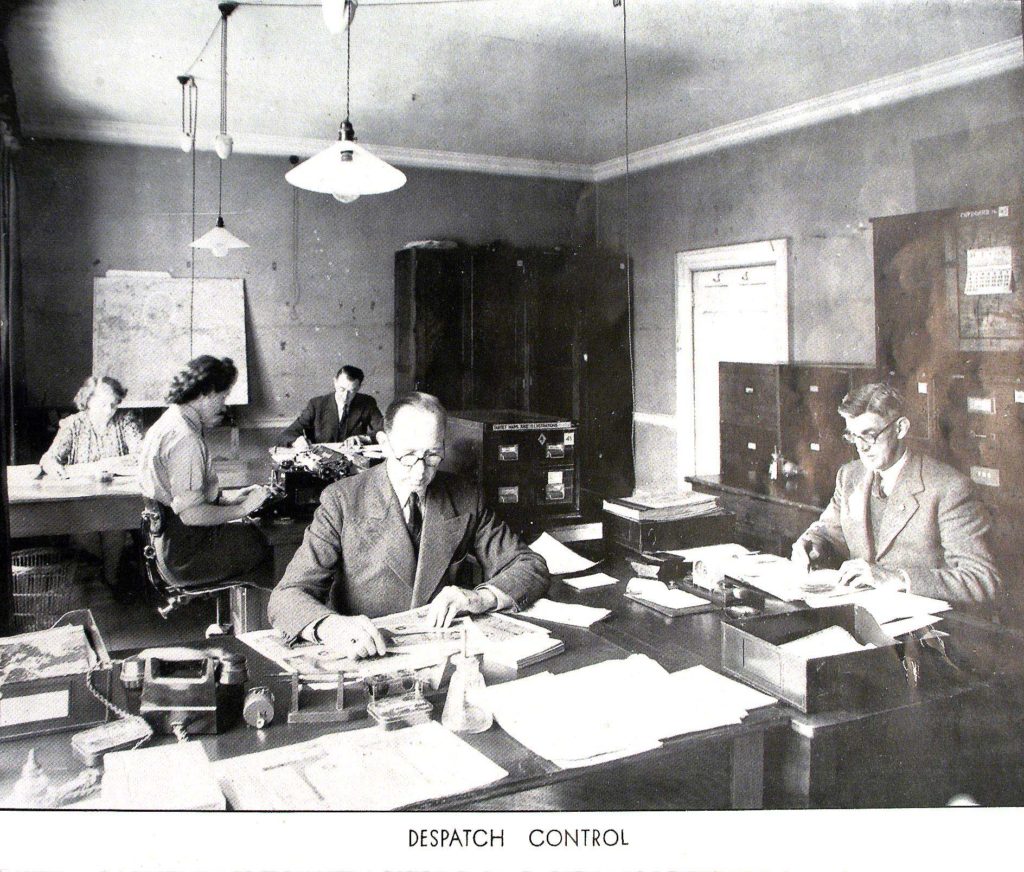 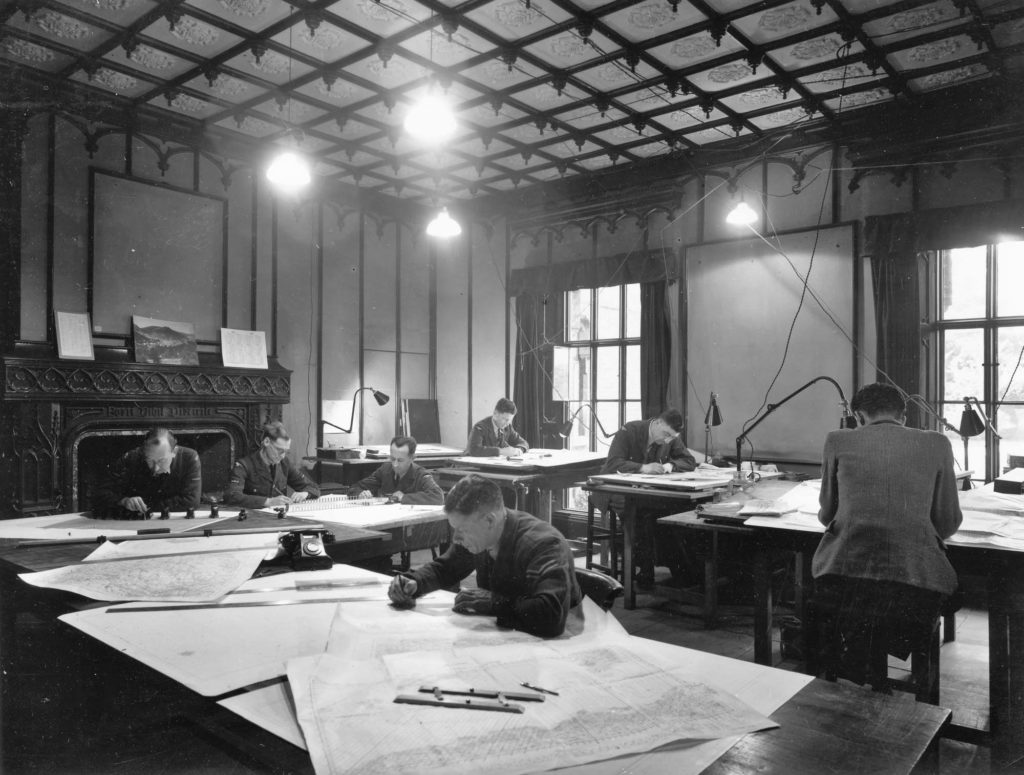 The Dining Room turned over to wartime map making.

Queen Victoria's trusted prime minister Benjamin Disraeli lived here from 1848 until his death in 1881. Most of his pictures, furniture and books remain in this, his private retreat from the rigours of parliamentary life. The garden is a recreation of the colourful design of Disraeli's wife Mary Anne. Beautiful…