Hours before her execution on February 8 1587, Mary Queen of Scots wrote a letter to her former brother-in-law Henry III, the King of France.

“Having by God’s will, for my sins I think, thrown myself into the power of the Queen my cousin, at whose hands I have suffered much for almost twenty years, I have finally been condemned to death by her and her Estates,” wrote the ill-fated Queen.

The former infant queen of Scotland was beheaded at Fotheringhay Castle after being implicated in the Babington Plot to murder the protestant Elizabeth I and place the Catholic Mary on the throne.

Her execution was the conclusion of nearly two decades as Elizabeth’s prisoner, held in various English castles after fleeing Scotland, and under duress, abdicating the throne in favour of her 13-month-old son.

Mary’s life was marred by disastrous marriages, murder and conspiracy. Another letter – to Anthony Babington – would be her downfall, apparently proving she consented to the plan to assassinate Elizabeth and usurp the English throne.

Three months later, at 2am, she turned to her first husband’s brother, writing: “I am to be executed like a criminal at eight in the morning.” 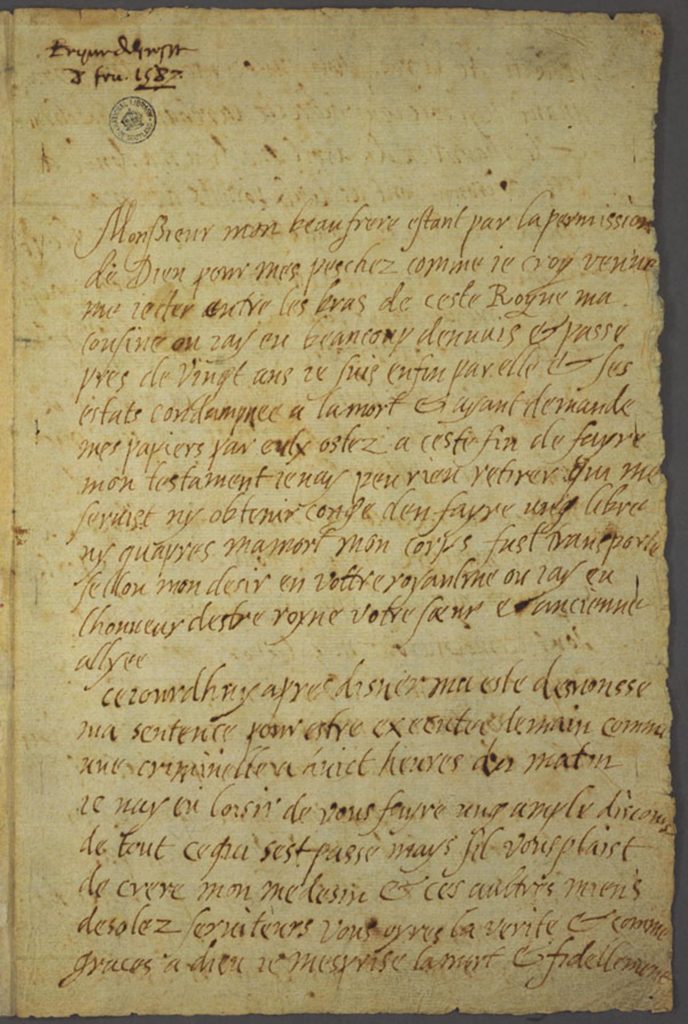 Not only is the letter of incredible historic value in documenting the tumultuous Tudor period, it also made history in the digital age when, in 2016, a team of young scientists at the University of Edinburgh used it as part of their research to create a ‘DNA typewriter’, which can store digital files by converting them into short ‘molecular sequences’.

As life’s innate information storage system, DNA has 1,000 times the density of modern computer storage systems and is capable of retaining the entire Harry Potter book series 20 trillion times within a single gram.

With the demand for data storage increasing at a rate of around 50% a year, libraries and museums have a strong interest in finding effective solutions to house their online archives. 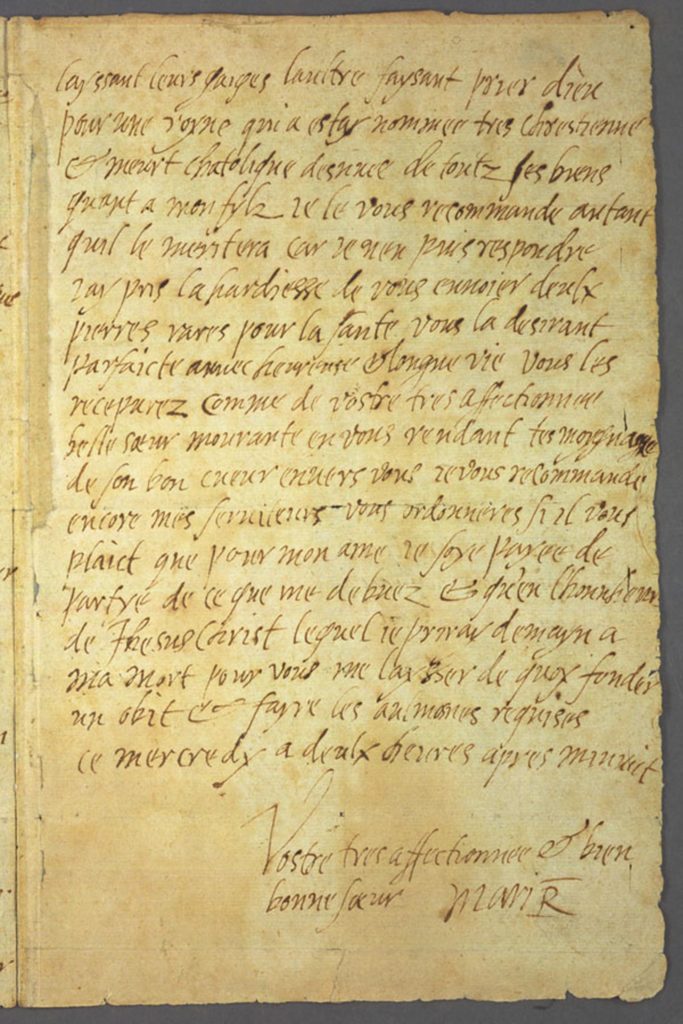 The 431-year-old handwritten letter – one of the National Library of Scotland’s most treasured collection items, has now been converted into an artificial DNA sequence which, according to the researchers, can be safely stored for centuries. Read the entire text online.

Scotland's largest library and the world centre for the study of Scotland and the Scots. Thanks to our UK legal deposit status, we are also a vast reference library.