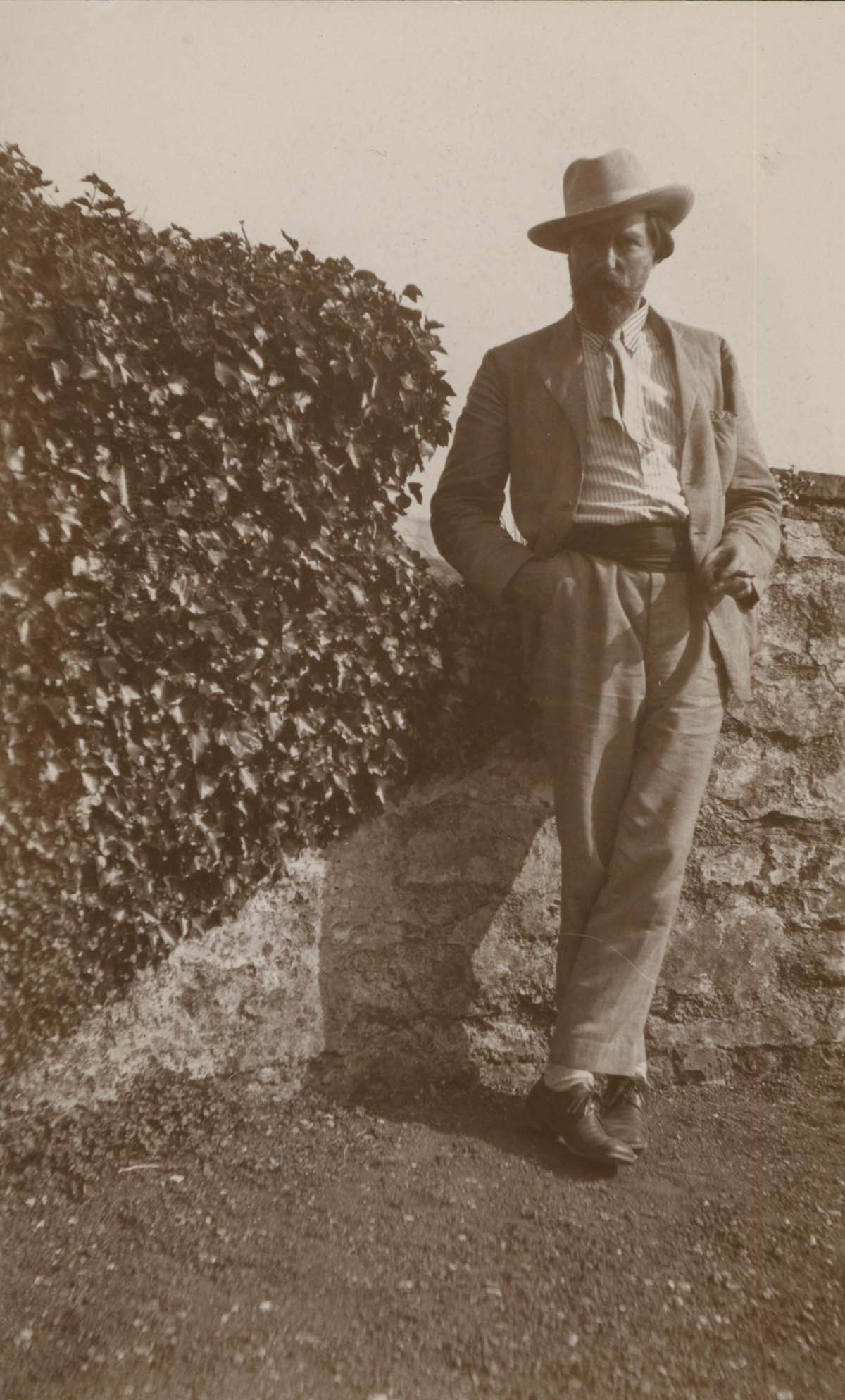 Mark Lewis of Tenby Museum and Art Gallery in Pembrokeshire, explores the life of one of its most famous sons – the painter Augustus John

Tenby has a long association with artists, either born here or who visited, and many, to use the parlance of Dylan Thomas, “just came one day, for the day, and never left; got off the bus, and forgot to get on again.”

Perhaps the two artists most famously associated with the town are brother and sister Augustus and Gwen John. This article looks at Augustus John’s connections with the town.

Augustus Edwin John was born in Tenby in south Pembrokeshire on 4 January 1878, the same year that the museum opened. His family were living in Haverfordwest at the time but they undertook a temporary move to the seaside resort due to a scarlet fever epidemic that had gripped the market town.

Today a brown heritage plaque adorns the house of his birth on the Esplanade. Six years later, on the death of his mother, his father Edwin moved the family permanently to Tenby, which included Augustus, Gwen, sister Winifred and brother Thornton. Augustus recalled, “the superior gentility of Tenby attracted him.” 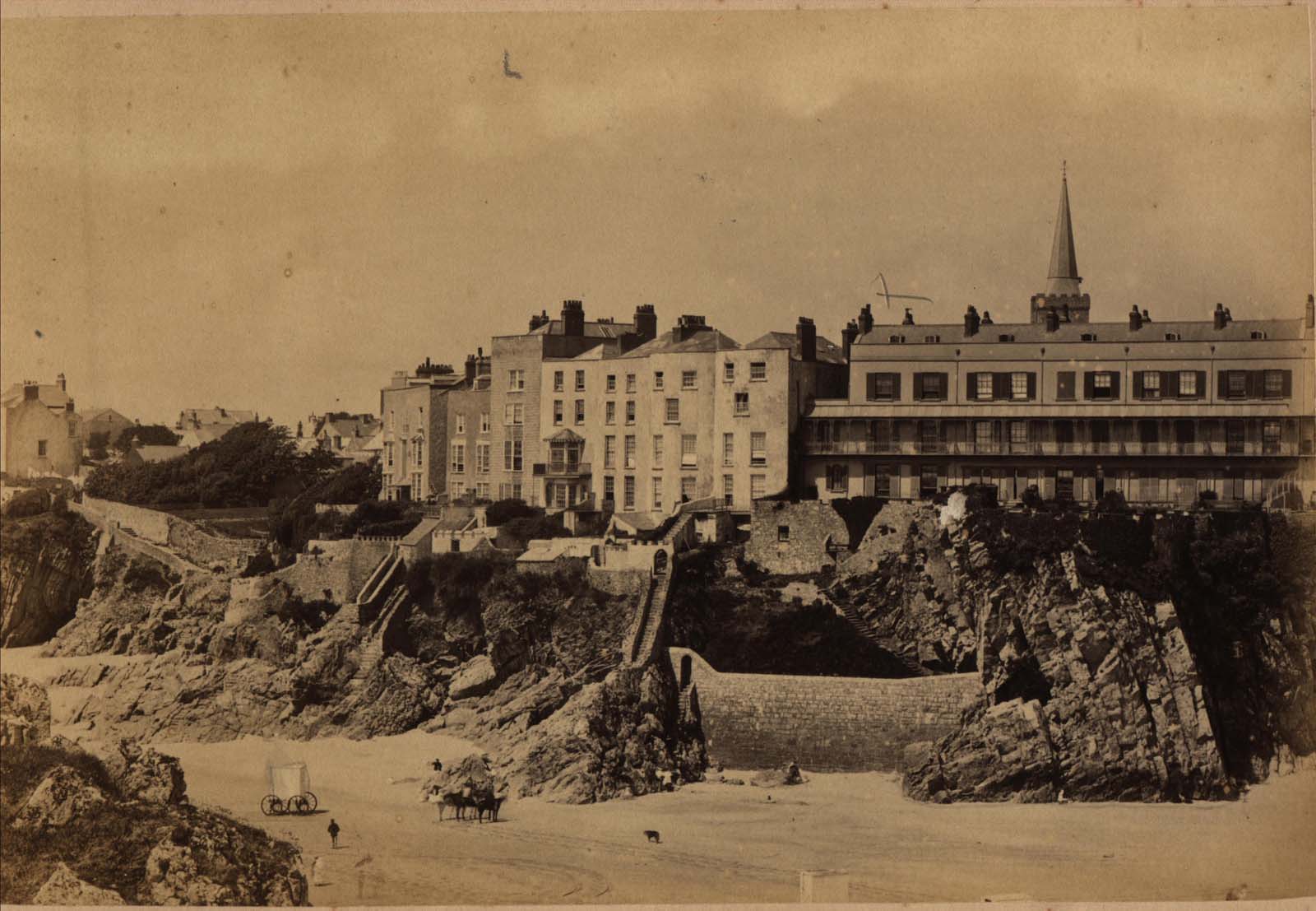 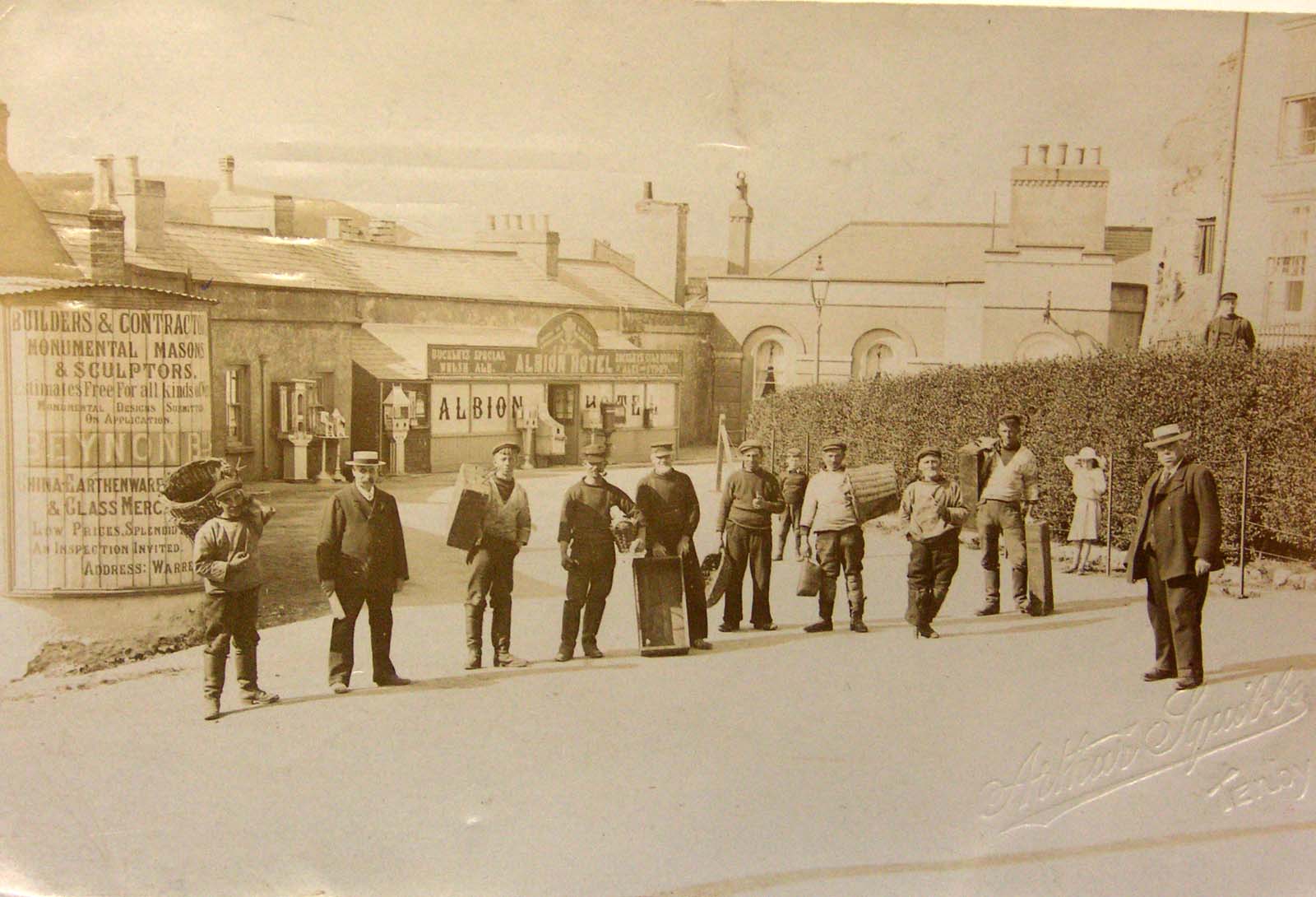 In the first part of his autobiography, Chiaroscuro, published in 1952, Augustus wrote of Tenby “The town…has lost much of the old diversity and style which the proletariat, now in occupation, is unable to supply…The strictest rules of snobbery were observed in my home town. Families might reside side by side for years in exactly similar houses without once exchanging a word or salute. But the children, though keenly aware of the invisible barriers of caste, would sometimes surmount them and fraternize openly on the beach.”

It was in the great outdoors and through art that Augustus could avoid the cloying Victorian atmosphere of home, where Edwin ruled with a strict air of the disciplinarian.

Here Augustus imagined himself a roaring Native American, adopted son of the Antelope Comanche nation with the beginnings of what he described as “an active interest in squaws.” He and his sister Gwen were bound together by art, inspired by their artistic mother Augusta. He recalled “Gwen and I, full of curiosity, would approach as near as we dared, to watch the mystery of painting. Even at that early age we were vaguely aware of Art and Beauty.”

Their father Edwin was more bourgeois in attitude and shunned their art in favour of discipline and propriety. 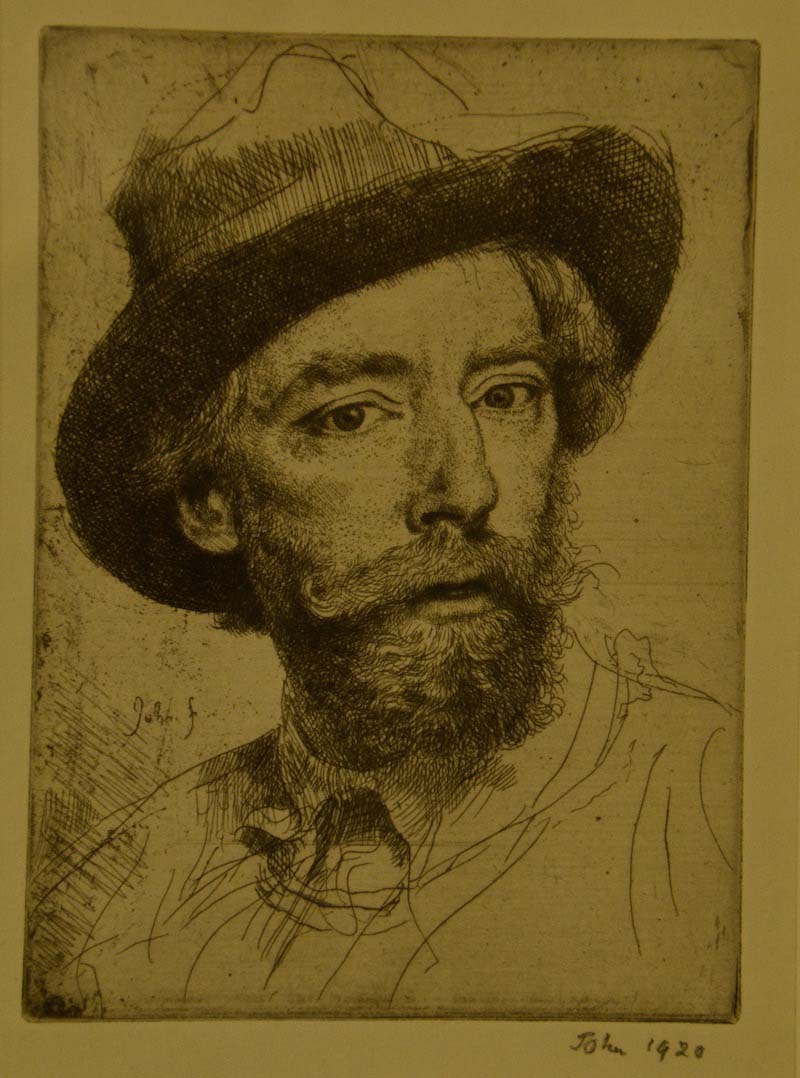 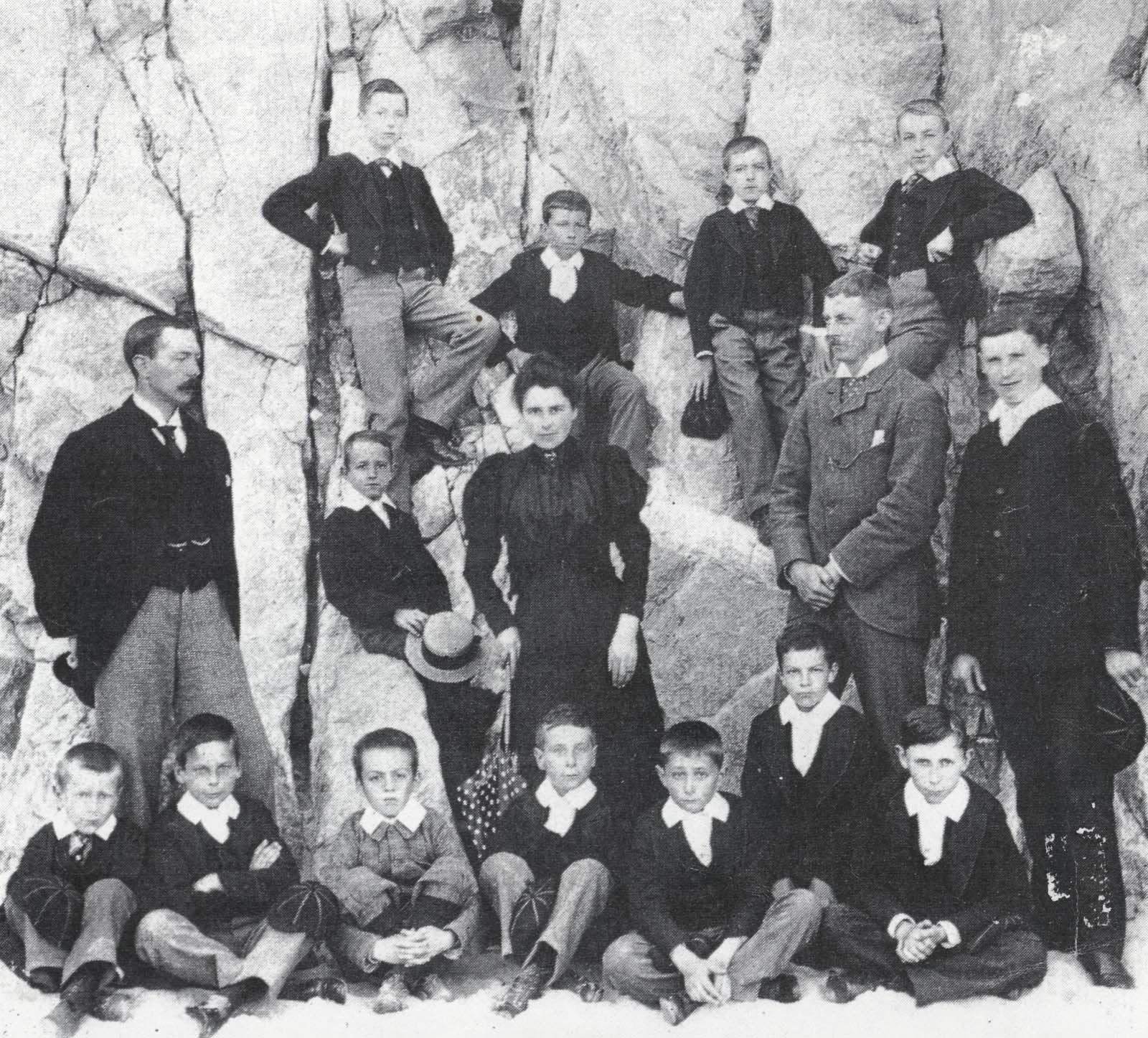 Augustus recalled, “The beaches caves, sand dunes and burrows in the neighbourhood of Tenby provided local playgrounds. We took full advantage of them. Long days were spent in and out of the sea at Lydstep, Monkstone and other lovely spots along the coast.”

In Tenby he attended Greenhill School, which he described as “an exceptional type of school, not exactly a grammar school, being unendowed, but it catered for the middle classes in the widest sense.”

Here he received a box on the ear from a drillmaster and was hit in the other ear by a cricket ball, both incidents leaving him deafened for life. Following Greenhill he went to Clifton School, which he did not enjoy and returned to continue his education at Tenby in St Catherine’s school that had only recently opened. Here he had a run in with a schoolmaster who accused Augustus of deceit in front of the whole class.

The schoolmaster later committed suicide, an event that Augustus narrated with a certain relish in his 1960 interview for the television programme Face to Face with John Freeman. Augustus recalled “the pedagogue shortly after came to an unhappy end. I have sometimes wondered if I possess the evil eye.”

In Tenby Augustus also found himself under the tutelage of Edward Joseph Head in his Tenby Art Classes. Head was an artist of great skill, who had his work shown in Royal Academy exhibitions and his oil painting The Domino Players remains one of the favourite works for visitors to Tenby Museum. It was Head who recommended to Edwin that his son enrol in the Slade School of Fine Art in London.

It was a forward thinking art school and the only institution at the time to permit female students, Augustus studied under Henry Tonks who told him he should “Observe the construction of the forms and explain it.” He also described him as “the best draughtsman since Michelangelo.” 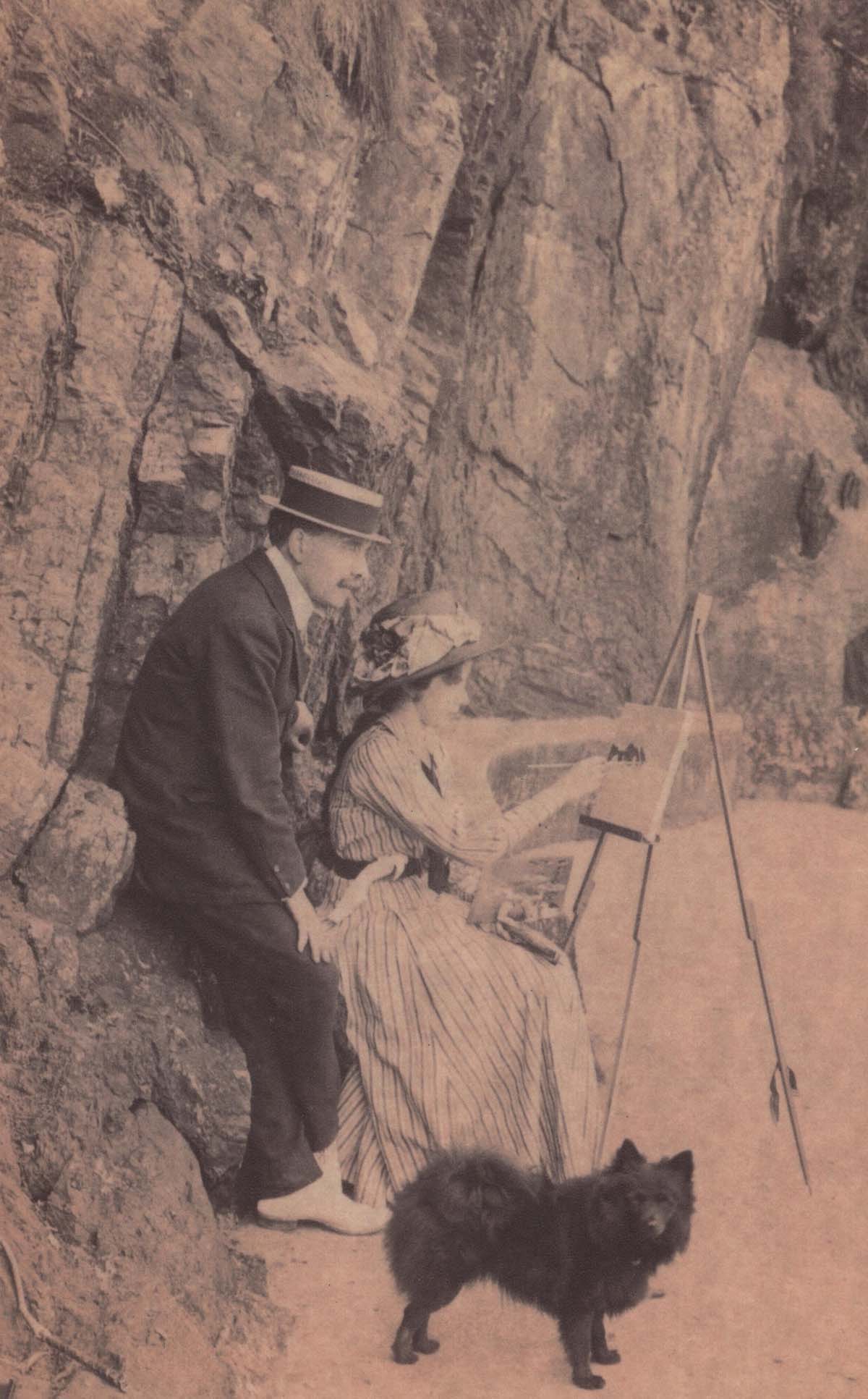 Augustus also studied under Philip Wilson Steer whose “criticisms and advice were always helpful and stimulating.” At this time Augustus was a shy student and did not stand out from the crowd. This was all to change and the alleged cause of it is almost legendary in its telling. He recalled the incident in the second part of his autobiography, Finishing Touches, published posthumously in 1964 under a section entitled A Bang on the Head.

On a return to Tenby in 1895 Augustus was once again pursuing the outdoor life. He recalled about diving into the sea off Giltar Point. He wrote:

“The water below appeared to be deep enough for a dive, but it was by no means clear, the surface being encumbered with seaweed. Still, taking a chance, I stripped and made the plunge. Instantly I was made aware of my folly. The impact on my skull on a hidden rock was terrific. The universe seemed to explode! Yet I wasn’t stunned. Perhaps the cold water saved me for I was able to get out of it, replace the flap of scalp I found hanging over one eye, tie the towel round my head, dress and re-join my father, who was much alarmed by my plight.”

After a long recuperation he remembered returning to the Slade “wearing, to conceal my wound, an out-of-date smoking cap of black velvet with gold embroidery, produced by my father. My entry into the life room thus attired caused a sensation which my subsequent performances with a stick of charcoal only increased; and thus was born the myth of my genius, due it seemed clear, solely to the bang on the head I had incurred while bathing.”

This was the stone that was to change the course of the stream. In recollection and hindsight Augustus saw himself as in no way changed by the incident but others saw a new Augustus, one who was to become known for his Bohemian ways, a bearded, earringed, heavy drinking rambunctious gypsy, rollicking wildly through the placid halls of society. “We are the sort of people our fathers warned us against” he told his friend and fellow Tenby born artist Nina Hamnett, herself no stranger to an unorthodox lifestyle.

Whatever the cause, after the accident it was not only his personality that underwent a change. His painting also became more adventurous. His friend Wyndham Lewis remarked that John had become a “great man of action into whose hands the fairies had placed a paintbrush instead of a sword.” 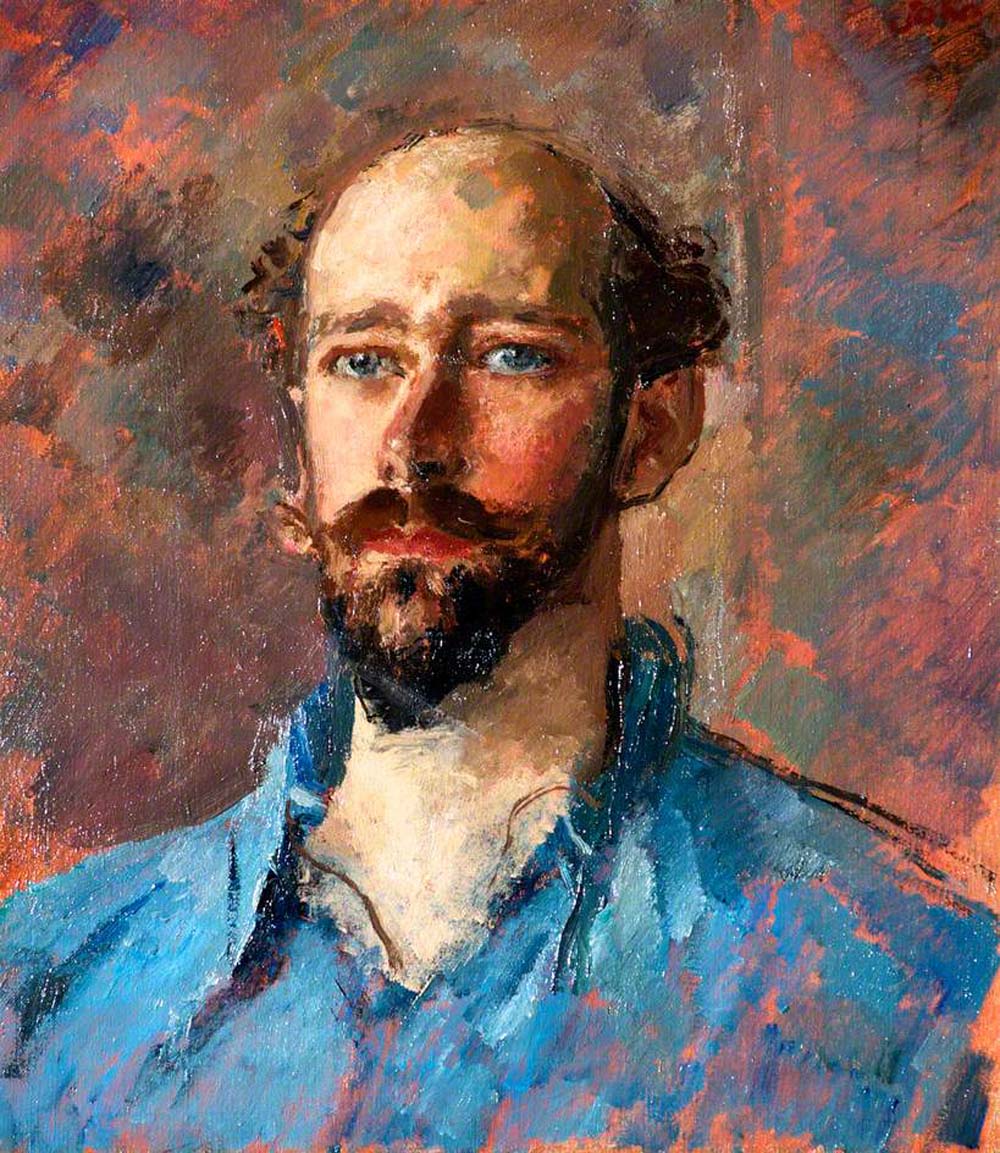 At the Slade he was considered to be one of the most talented artists of his generation, winning the Slade Prize. His lifestyle altered also, developing a nomadic way of life with an unquenchable appetite for debauchery. Girls are said to have fainted when they saw him in the Cafe Royal.

Lady Ottoline Morrell, whose portrait he painted in about 1919 and with whom he had a love affair, described him thus: “His dark auburn hair was long and cut across the front like a fringe, and with a square beard, his curious pale face and sea-anemone eyes, he might have been a Macedonian king or a Renaissance poet.”

He returned to Tenby periodically, being called back when his father felt as if he was dying. During these visits he would stay with author Richard Hughes in the castle at Laugharne, once saying, “My father is on his death bed but refuses to get into it.” In October 1959 Tenby bestowed the Freedom of the Borough on John, “in appreciation and acknowledgement of his distinguished service in the field of art”.

The Town and County News wrote that he looked “deeply moved and at times somewhat overcome by…an emotion he did not try to conceal.” 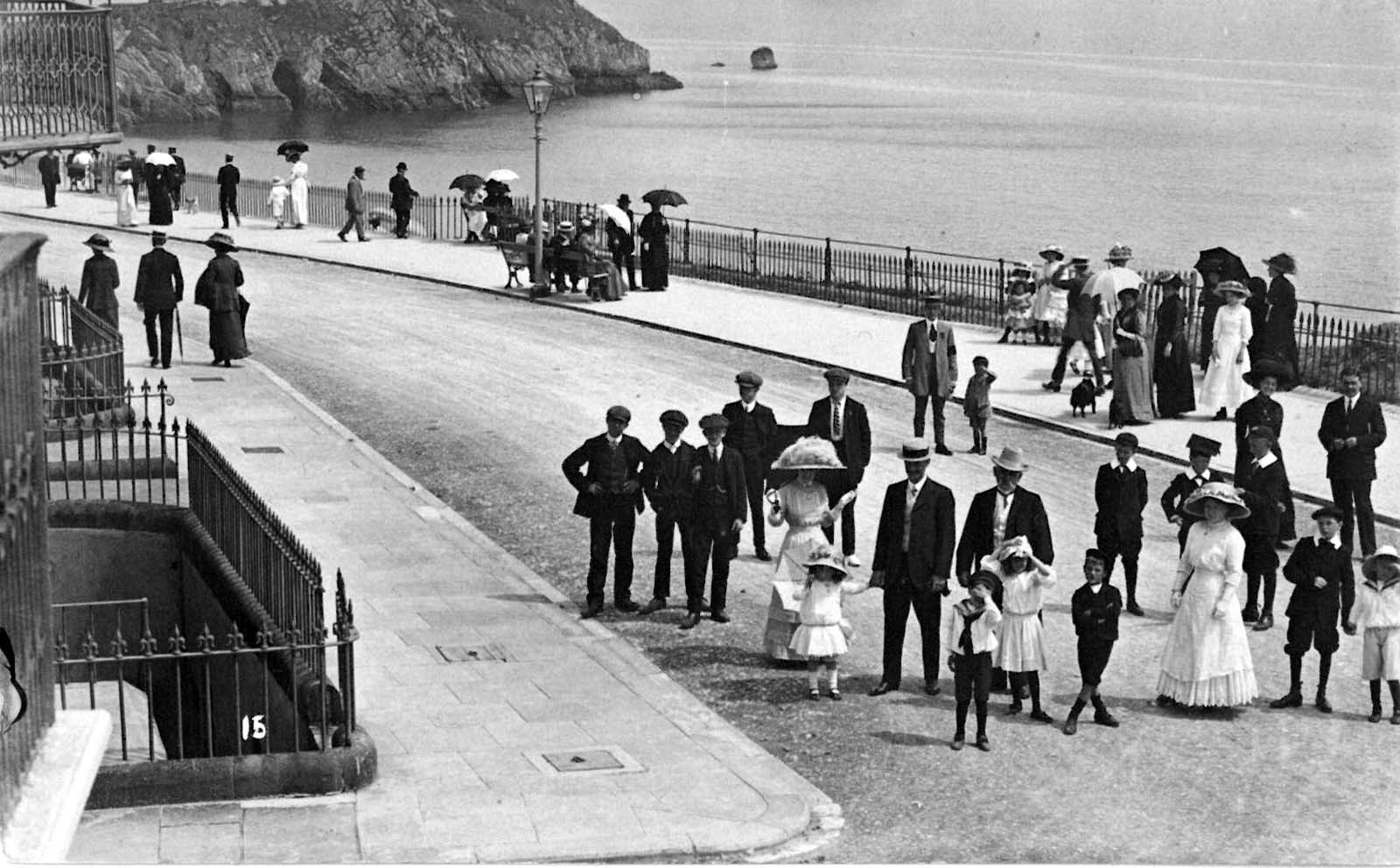 John claimed in a letter to the Town Council that “I have always loved my beautiful birthplace and often regret that I so seldom find it practicable to revisit it”. Although he vowed to return, it was to be his final visit to his birthplace. He died on 31 October 1961, aged 83. His son David wrote, “”His face looked very fine, calm and smoothed out, in death.”

Today despite the ebb and flow of his reputation he is widely recognised as one of the most important artists of the 20th century. His work is represented in many of the main galleries in the United Kingdom, from the Tate, the National Museums of Wales, the Bodleian, Aberdeen Art Gallery and Museums, the Glynn Vivian and of course Tenby Museum and Art Gallery among many, many others across the country.

Tenby Museum and Art Gallery is due to re-open mid September 2021.

One comment on ““I have always loved my beautiful birthplace”: Augustus John in Tenby”