Adeline Genée in ‘A Dream of Roses and Butterflies’. Photo by Hugh Cecil

Just as Strictly fever came pirouetting in to our living rooms to guide millions of TV viewers through what was a very long winter, the V&A’s first major exhibition in its recently re-opened Theatre and Performance galleries is a welcome exploration of dance heritage in association with the Royal Academy of Dance (RAD).

Over 60 original objects and over 80 archival images – many of which have not been displayed before – promise to take visitors “behind the curtain and into the dance studio” of one of the world’s most renowned dance education organisations as it celebrates its centenary year.

Established in 1920 to improve standards and re-invigorate dance training, the Academy helps and encourages its teachers to perfect their teaching skills and pass on this knowledge to their students.

RAD has seen the likes of Margot Fontayne, Rudolf Nureyev and current director and ex Strictly judge, Dame Darcy Bussell, pass through its ranks, and the exhibition, which is the largest display by the RAD in its 100-year history, celebrates its centenary by telling its story; how the organisation shaped the future of dance training and how it continues to bring the joy of dance to the lives of people across the world – even in the face of a global pandemic. 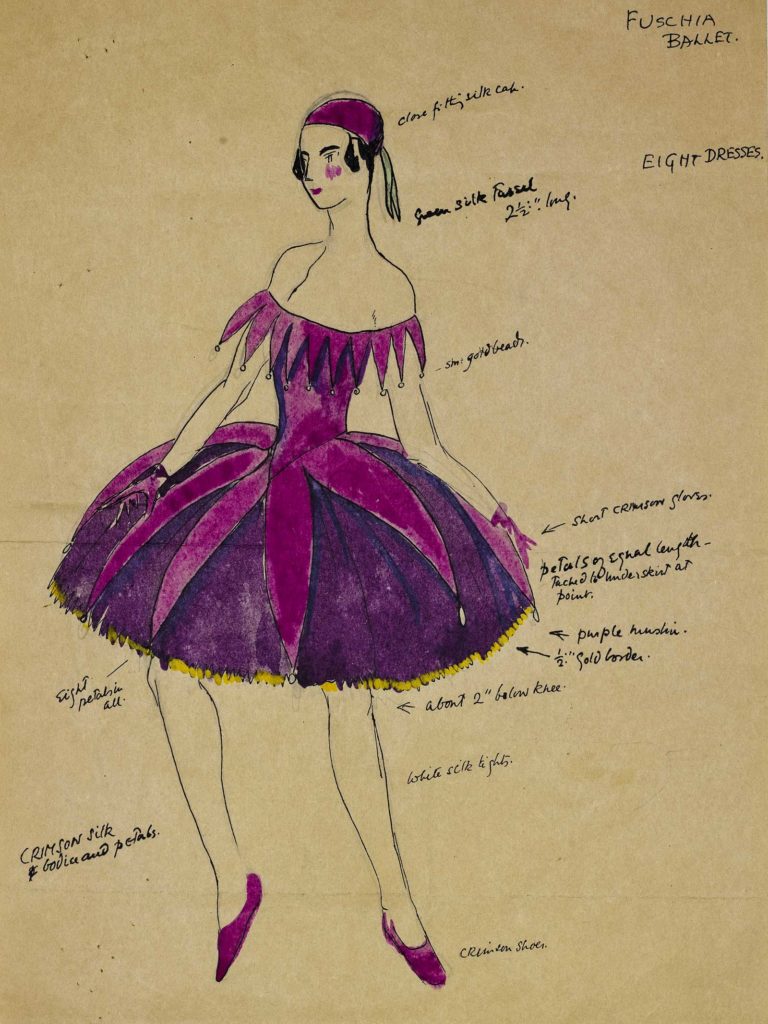 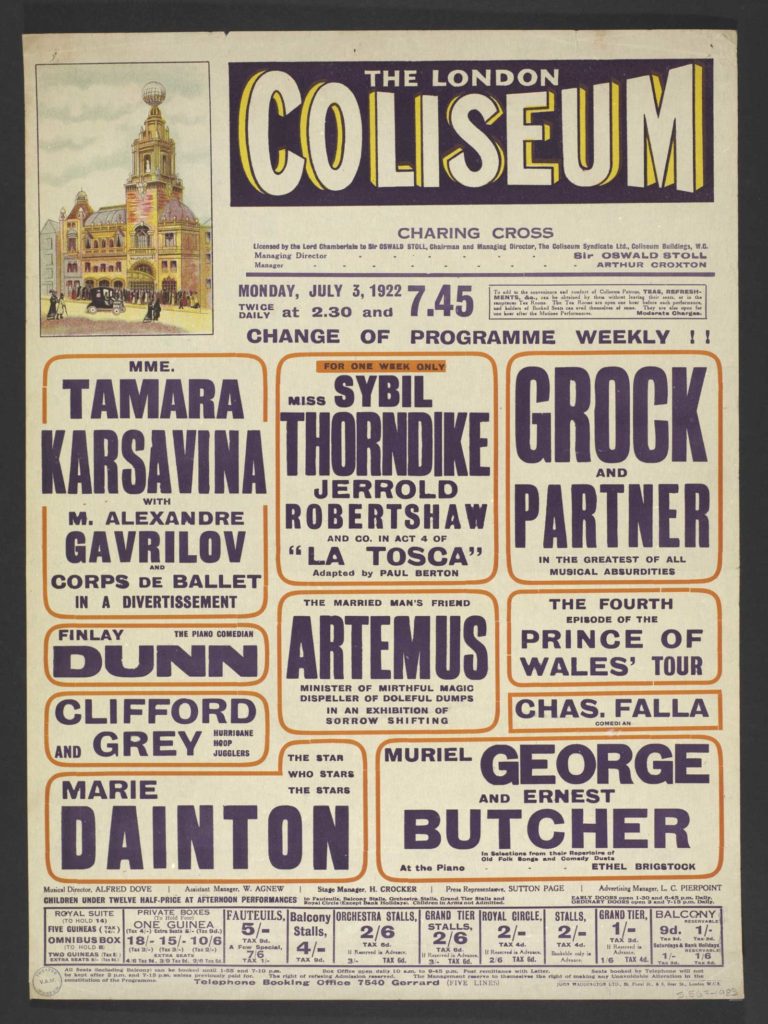 Poster for the London Coliseum, 1922. © Victoria and Albert Museum 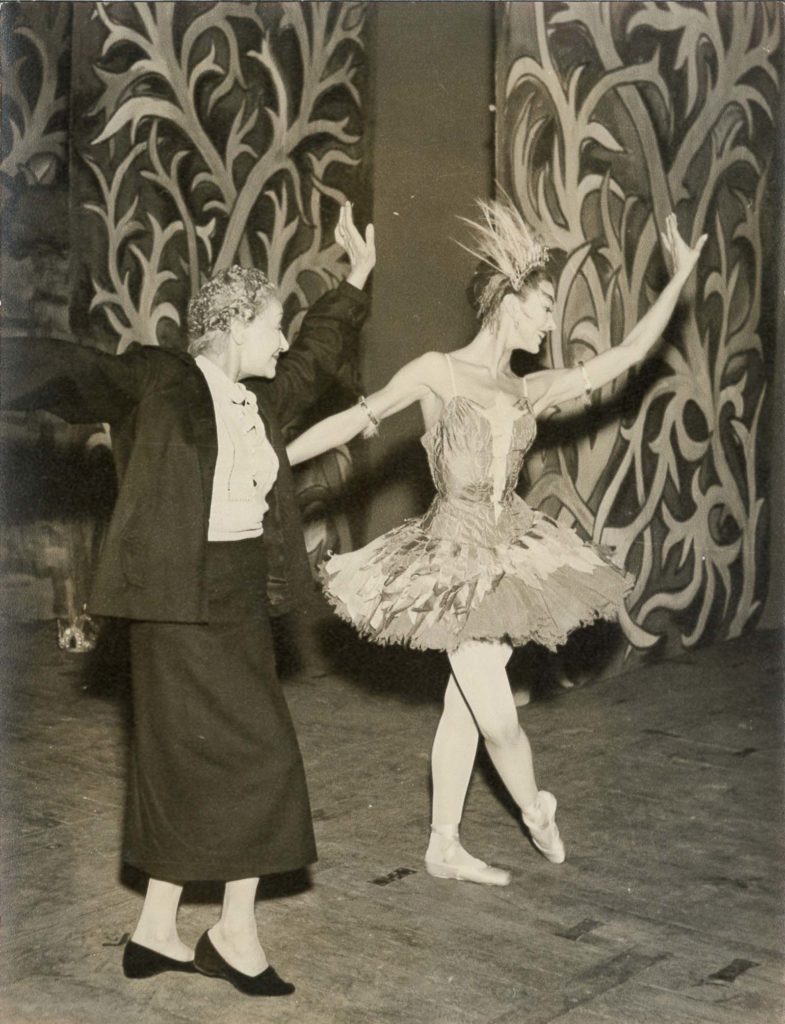 Karsavina coaching Fonteyn in role of The Firebird. Photo by Douglas Elston, 1954. 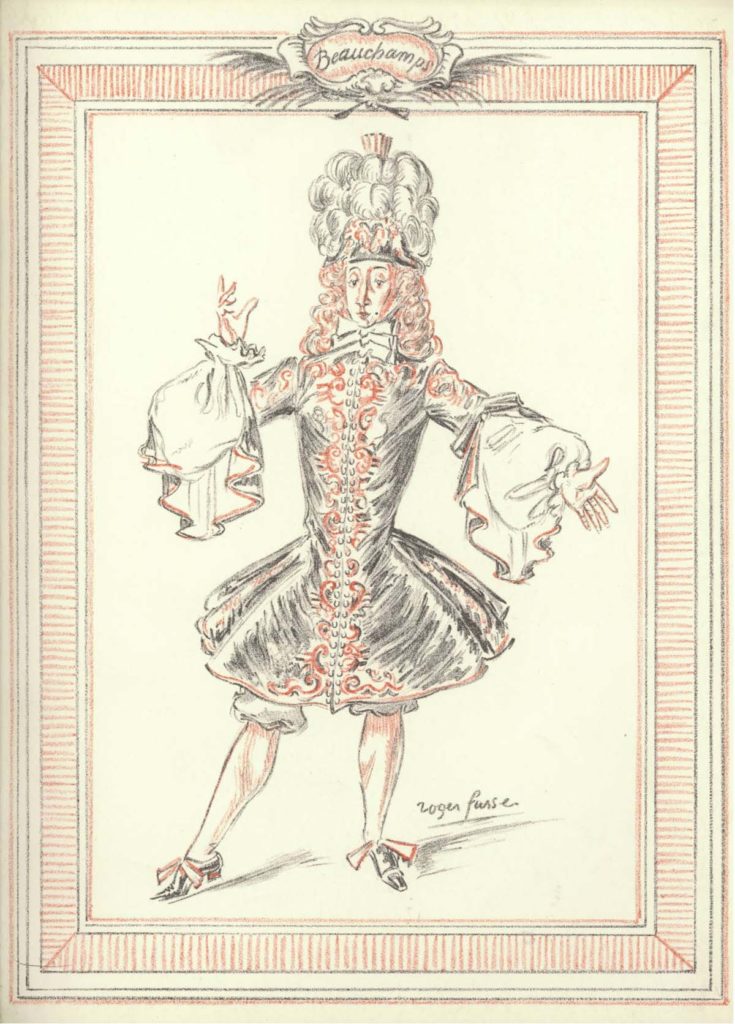 Having defected from the Soviet Union whilst on tour in Paris with the with the Kirov Ballet in 1961, Nureyev’s first performance in Britain was at an RAD fundraising gala in the same year. The invitation to perform came from Dame Margot Fonteyn, the RAD’s longest serving President, and laid the foundation for their famed partnership, setting in motion one of the most exciting chapters in dance history. Fonteyn and Nureyev are still regarded as two of the best dancers to have ever graced the stage.

Dame Darcey Bussell’s costume from Prince of the Pagodas is another star item. After the premiere of this ballet by Kenneth MacMillan Bussell became Principal at The Royal Ballet at just 20 years old. She has been President of the RAD since 2012, and now has a key role in supporting the Academy carry out its work.

But perhaps the most intriguing stories in the exhibition come from the fascinating archive of images which, as well as featuring Fontayne and Nureyev, reveal candid moments with dance icons like Polish dancer and ballet master, Stanislas Idzikowski who taught at the RAD and included Fontayne among his pupils, and RAD founding member Tamara Karsavina, the famous Russian prima-ballerina who fled her homeland in the wake of the Revolution in 1918 and was a key figure in the founding of the Royal Ballet in 1931.

The exhibition also features Harlequin by Alfred Gilbert, which was made by the sculptor of Eros at Piccadilly and given by Idzikowski to the RAD ‘Production Club’.

Established in the early 1930s, the Production Club aimed to provide a link between the students of  RAD and the dance profession. It also mounted performances of original choreography and is credited for offering famed choreographers Robert Helpmann and John Cranko their first opportunities in the industry. 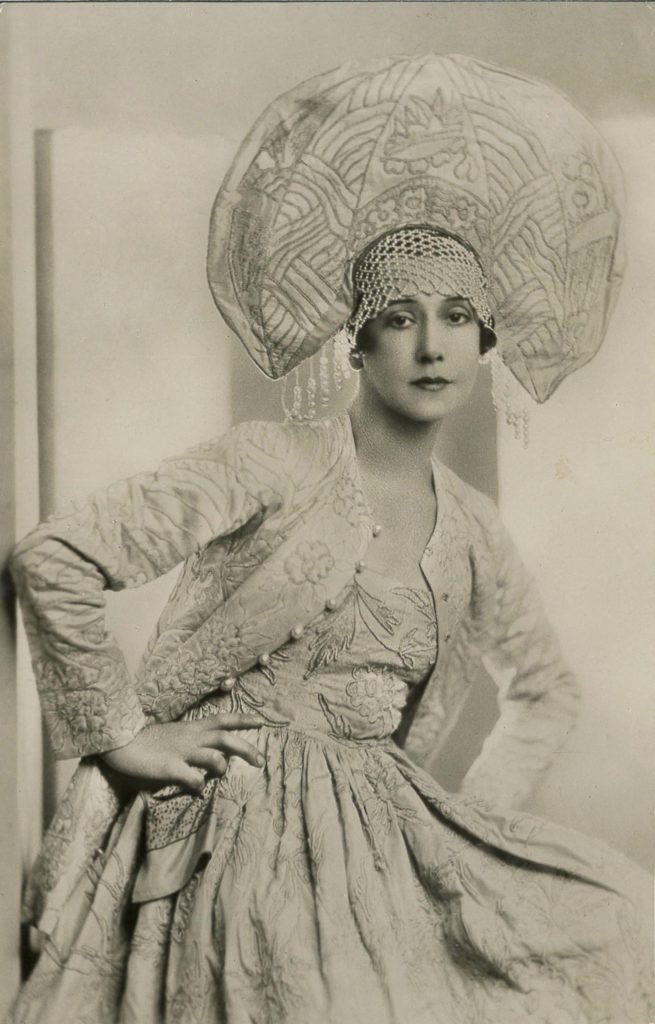 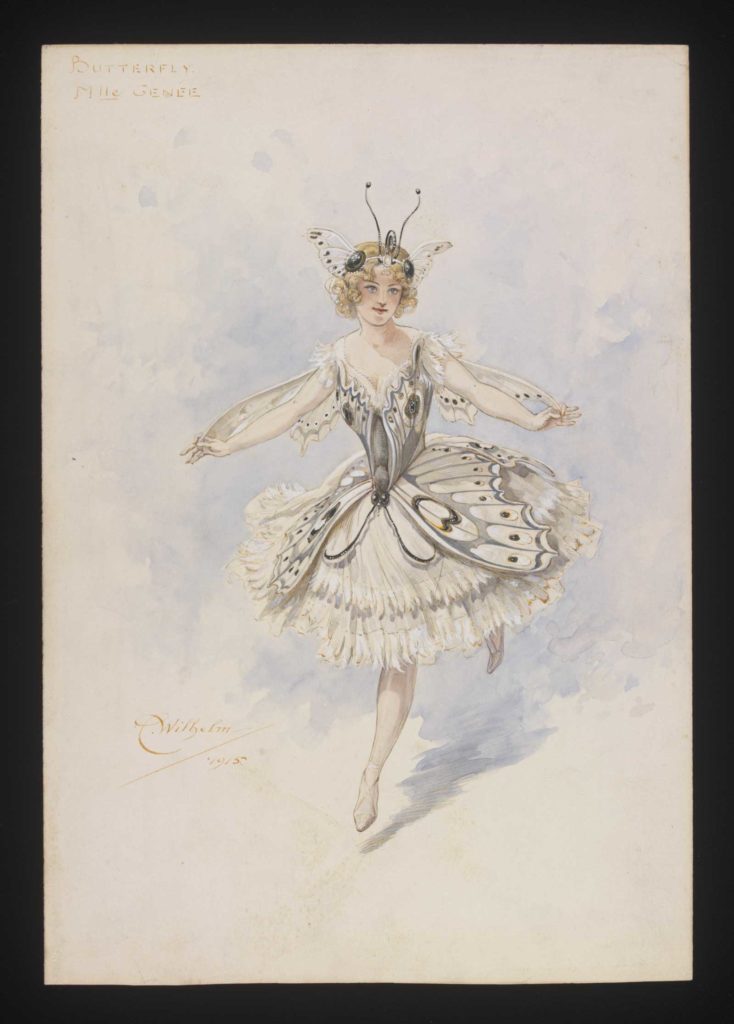 Costume design by Wilhelm for a Dream of Butterflies and Roses. © Victoria and Albert Museum 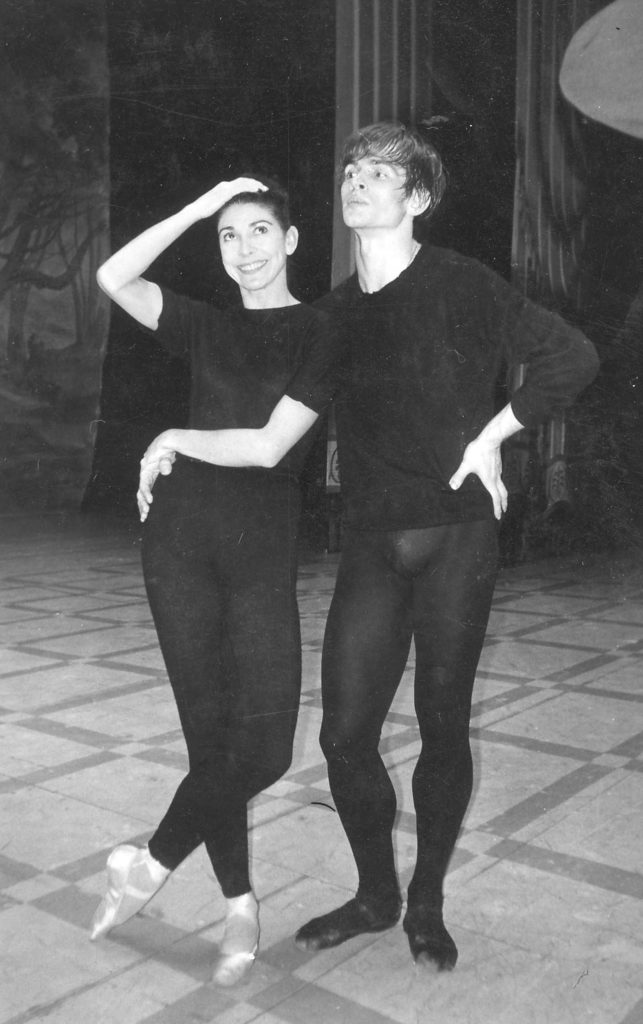 Margot Fonteyn and Rudolf Nureyev during rehearsals for the 1963 RAD gala. © GBL Wilson 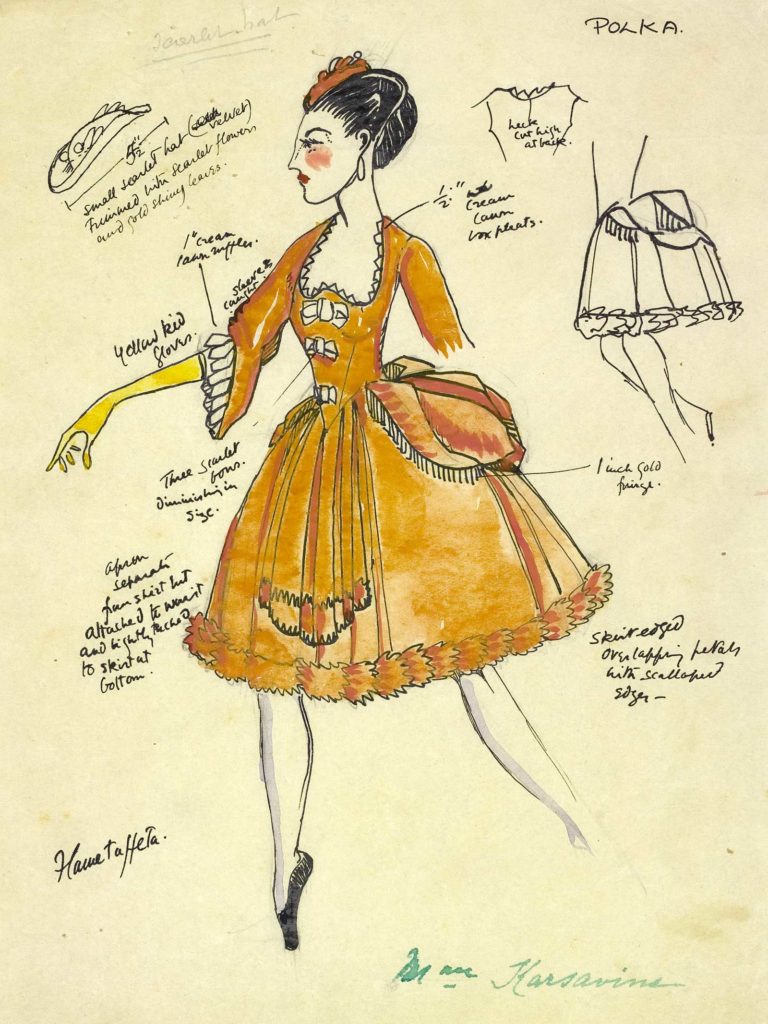 “The V&A has had a long and happy relationship with the Royal Academy of Dance,” explains Jane Pritchard, the V&A’s Curator of Dance, Theatre and Performance. “In 1978, an acclaimed exhibition was mounted at the V&A celebrating the centenary of the birth of Adeline Genée, the RAD’s founder President and a great ballerina.”

A few years later, and the RAD chose to pass its costume collection to the V&A and, says Pritchard, “this display is a great opportunity to show a selection of those costumes along with relevant designs subsequently acquired by the Theatre & Performance collections”.

“Together, the two collections can create a varied display celebrating 100 years of both the RAD as an international organisation to encourage dance for all and the development of ballet in Britain.”

One artefact revealing the breadth and tradition of RAD’s association with dance training and development is Ballet Exercises for Athletes – a unique pamphlet with original artwork by Punch illustrator Fougasse, famed for his ‘Careless talk Costs Lives’ WW2 posters.

In 1954, the RAD was approached by a training club for British high jumpers who were seeking ways to increase their elevation. They wondered if ballet exercises would be beneficial to the training of athletes and, following a pilot in 1956, a series of exercises were created, based on ballet, but adapted to athletic needs.

Bringing the story of dance training and development up to date the exhibition also covers how RAD teachers deliver dance training worldwide and their new initiatives like Silver Swans® for over 55s and Project B, a programme designed to widen access for boys to dance.

“This is such a milestone year for the Royal Academy of Dance and a pivotal point in our history, as we map out a bold and exciting future,” says Darcy Bussell. “We are so pleased that despite the huge challenges faced by everyone this year, we are still able to bring this display to life with the V&A.

“When I became President of the RAD, I was very proud to be following in the footsteps of legendary dancers before me, such as Margot Fonteyn and Antoinette Sibley. Seeing their stories, and those of the RAD, laid out alongside my own is an honour. I hope that this glimpse into dance history will leave visitors feeling inspired.” 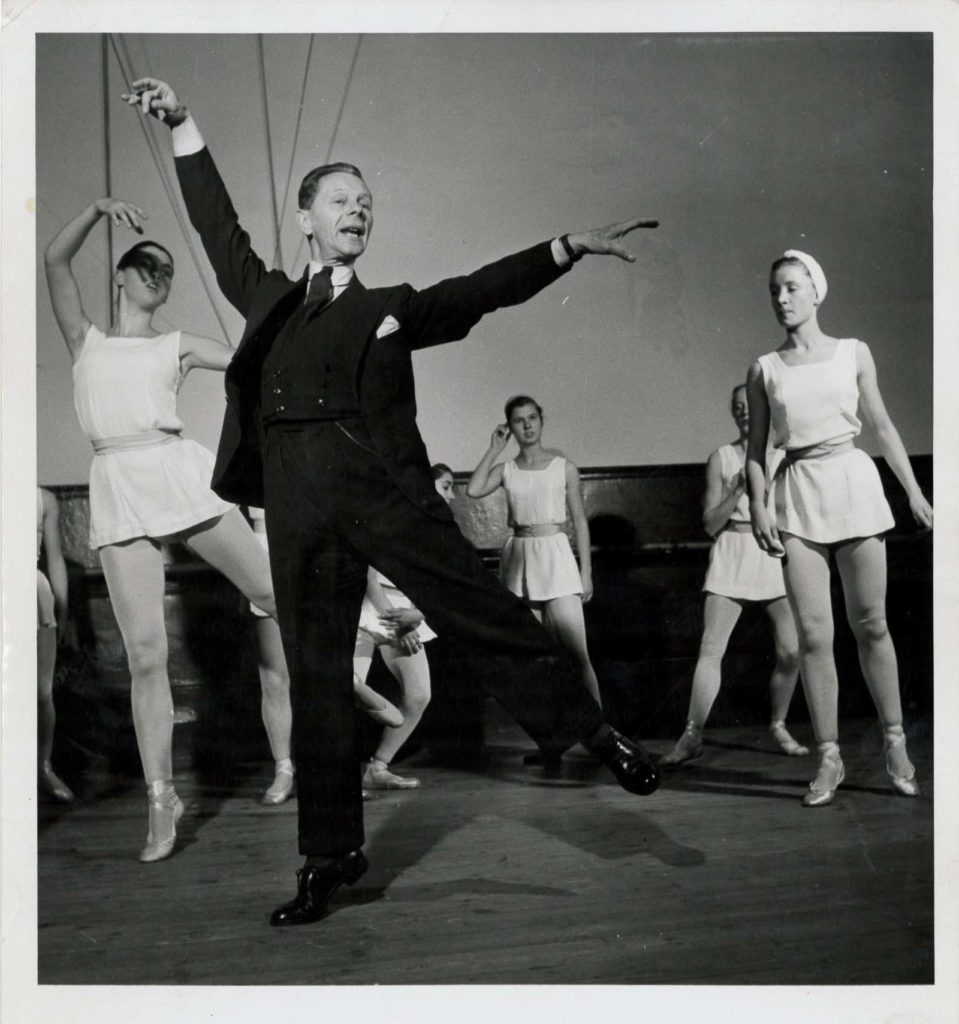 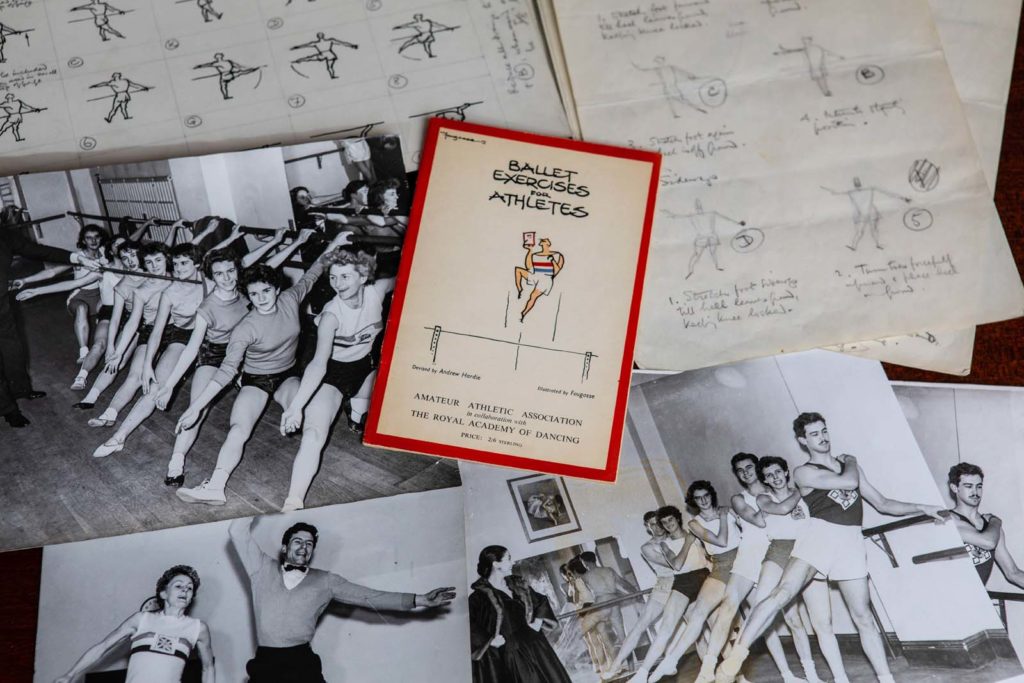 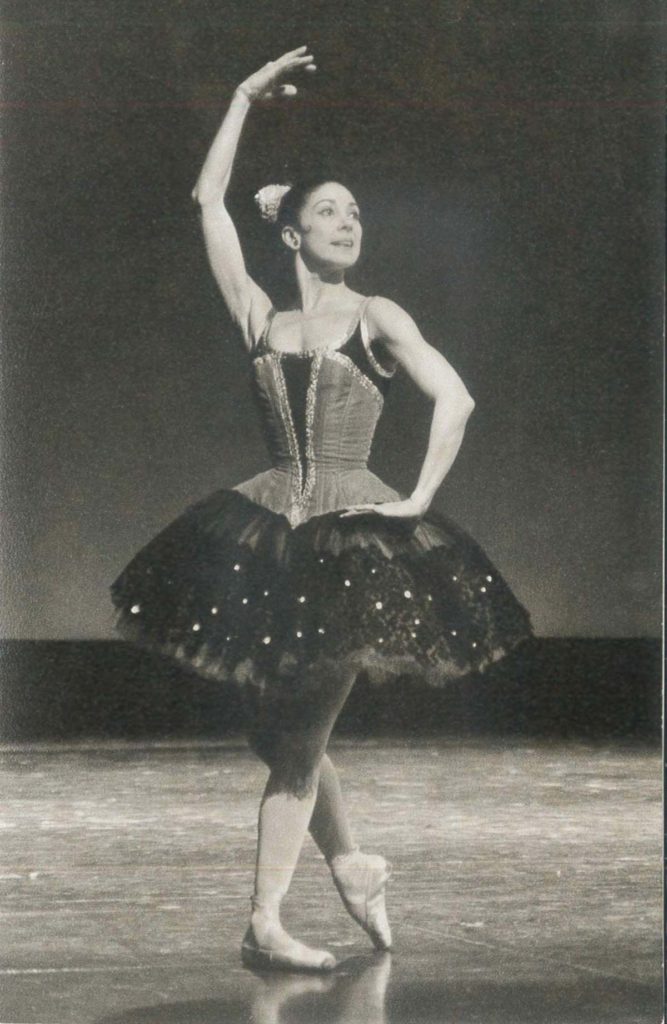 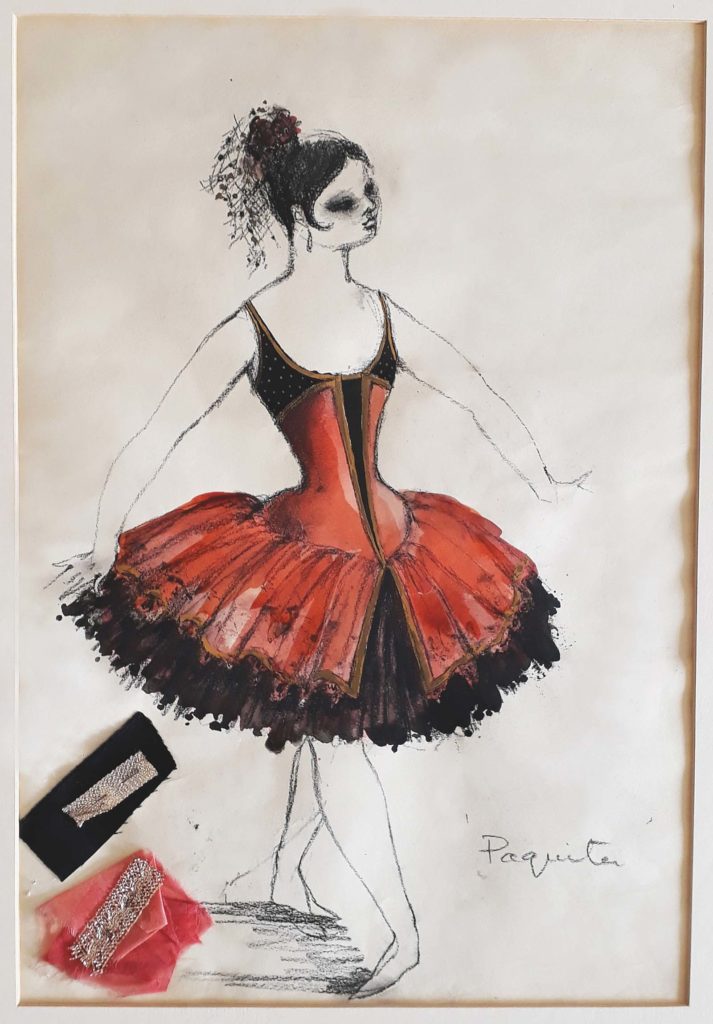 On Point: Royal Academy of Dance at 100, is a free exhibition. Follow the details below to keep up to date with the V&A’s re-opening.