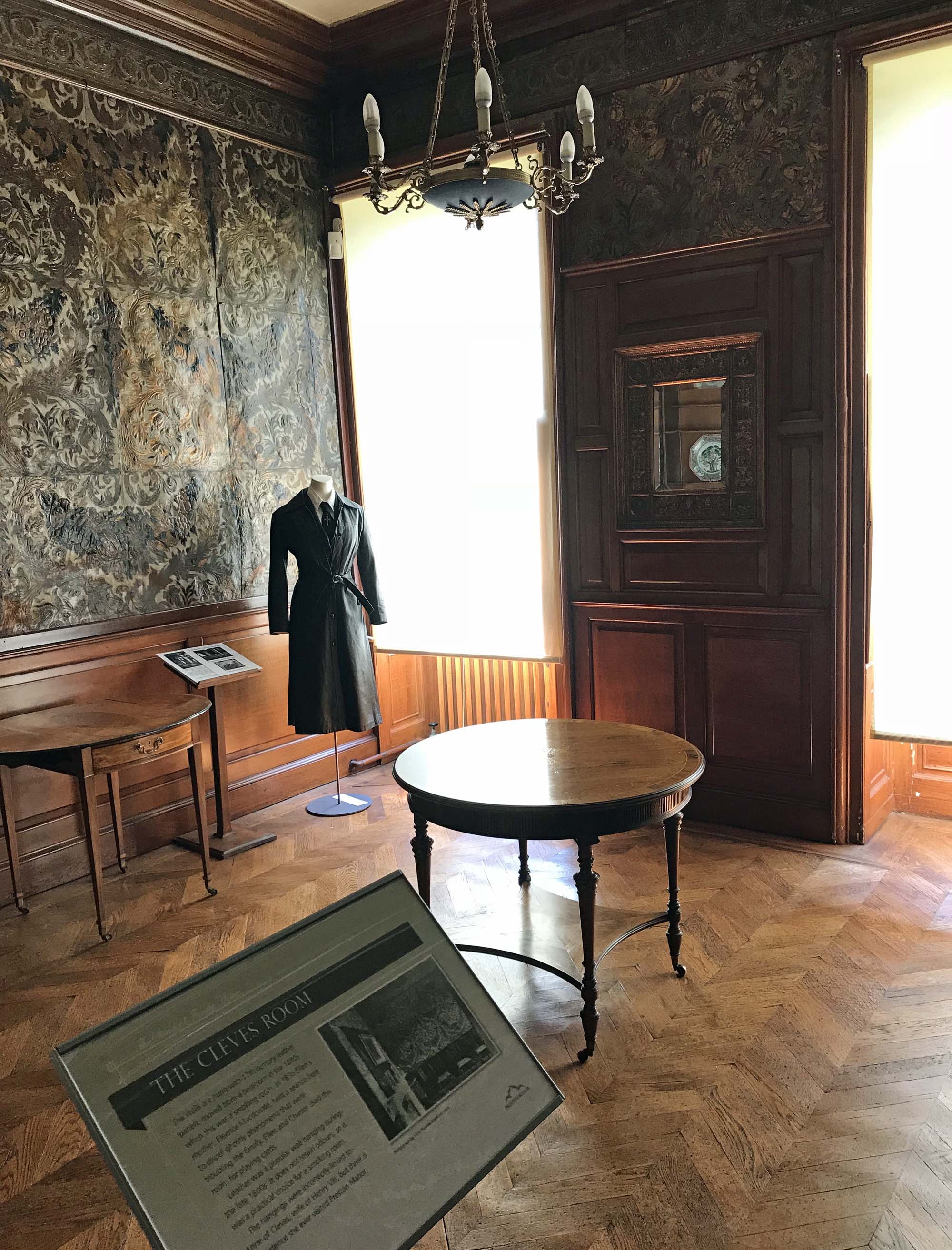 Paula Wrightson, Venue Officer at Preston Manor, on the notorious seance that happened in the highly haunted historic house during the late Victorian period

Once you get people in the dark in here and start telling them about ghosts and séances, quite often something will happen. And things do happen in this room.

Things happen in this whole house. Everybody who works here has had strange things happen to them – they’ve either seen something, heard something, felt something or been pushed by something.

For psychics and ghost hunters it’s a great location because, although the house dates to the 1750s with additions in 1905, there’s been a property here since Domesday. Quite possibly there’s even a Roman villa close to this spot so it’s an ancient, ancient site.

For people who believe in spirits and energies from the past – this is a place where thousands of people have lived and died over the years, and this is the room where they held séances. 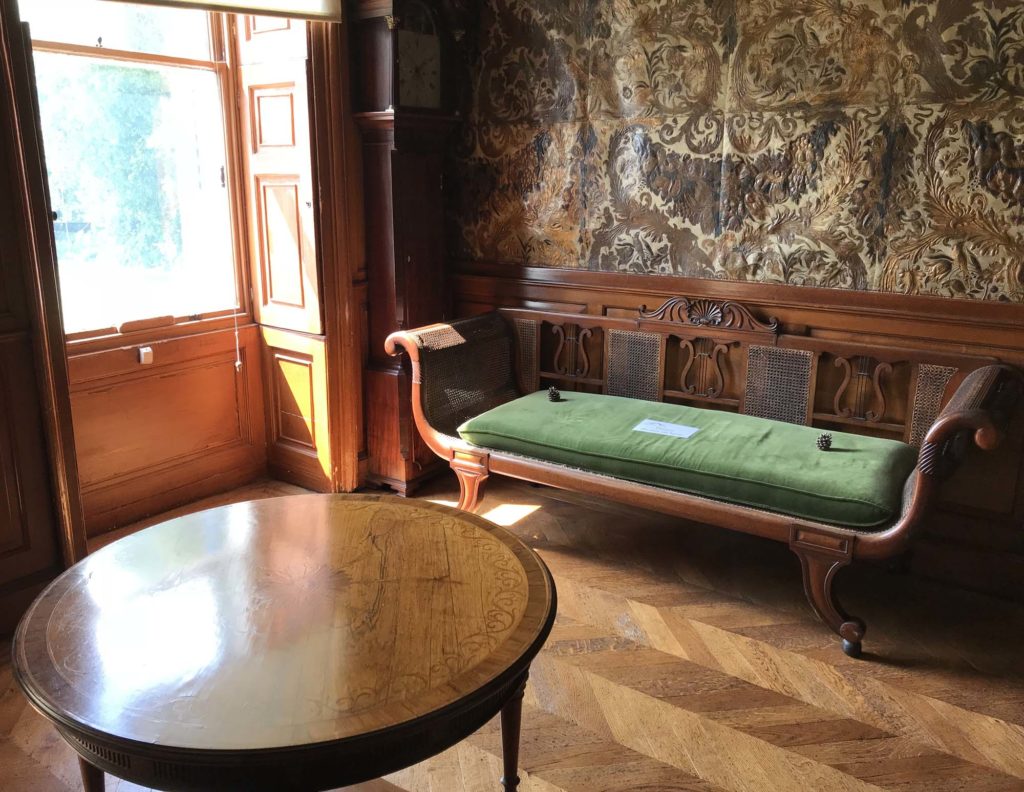 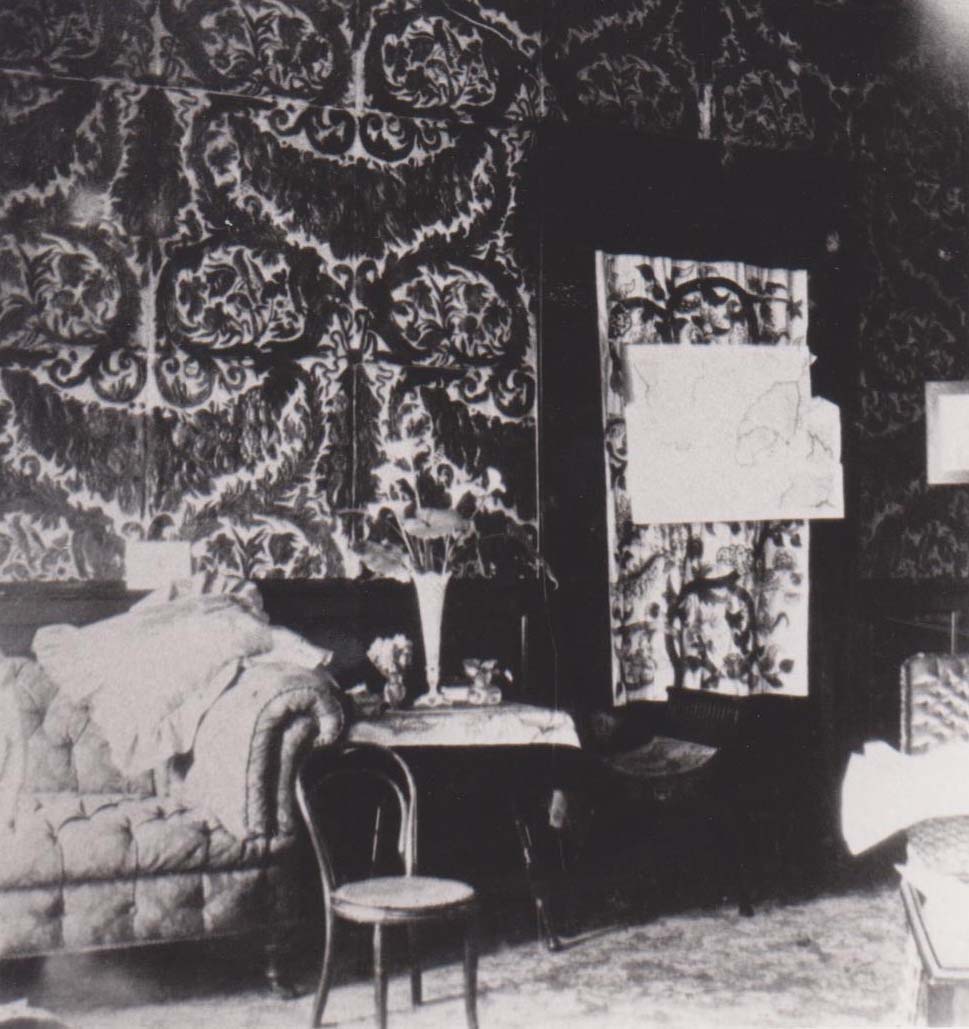 The Cleves Room as it was at the time of the seance. c.1896. © Royal Pavilion & Museums 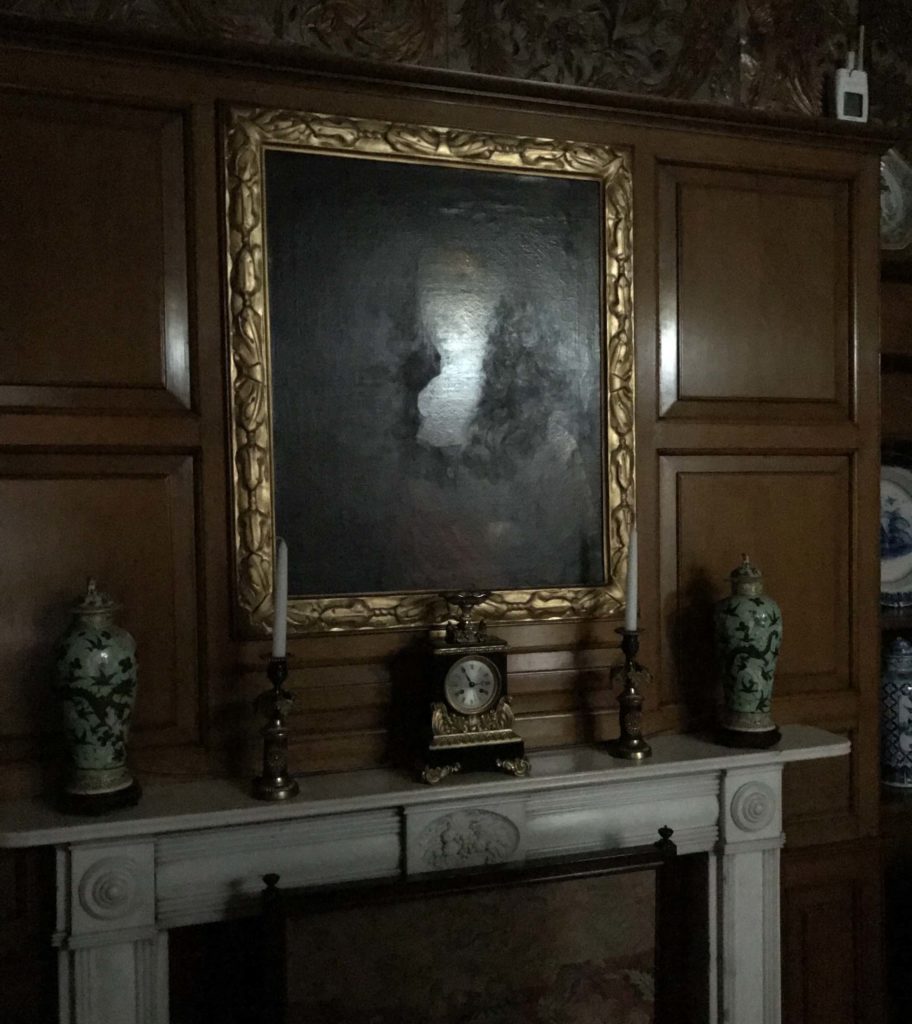 The lights go out in the Seance Room. Photo © Richard Moss

I have taken groups in here many times and after dark – you can make this room absolutely pitch black – and it’s very easy to become scared in here.

Originally the room was a little sitting room – which is great because séance translates as a sitting in French. You can get a lovely fire going and make it comfortable, so this was the main room the family used in the 1890s when they weren’t entertaining, especially in the winter when the rest of the house was cold.

It was also a smoking room for men to smoke their cigars because the leather wallpaper isn’t going to get impregnated with tobacco smoke.

the family had been experiencing all kinds of paranormal phenomena

The unusual wallpaper is Flemish dating the seventeenth century and was originally in the twin’s bedroom upstairs. They used to throw darts at it. I think the girls were trying to hit the monkeys and other creatures which seem to appear and disappear in the pattern. The leather was moved down here in the 1880s and was in here at the time of the séance.

So it’s a room that’s covered in skin. I think that’s quite spooky. There’s a famous book by Charlotte Perkins Gilman published in 1892 called The Yellow Wallpaper about a woman descending into madness, who sees figures coming alive in the wallpaper. This wallpaper undulates and you can almost imagine that there are figures behind it. The ghosts are in the paper – in the skin.

The room became the séance room on Wednesday 11th November 1896, when a group of people gathered here and tried to communicate with the spirits that were haunting the house, because the family had been experiencing all kinds of paranormal phenomena. 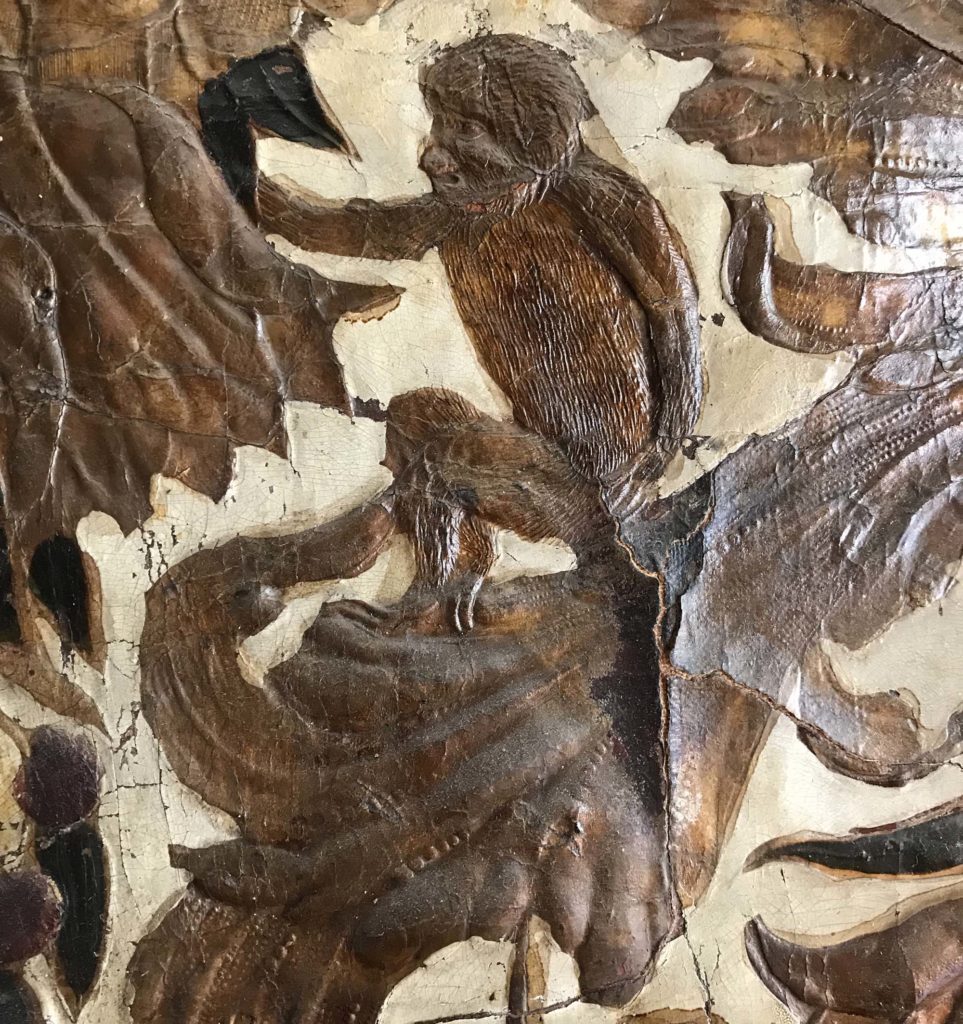 One of the elusive leather wallpaper monkeys. Photo © Richard Moss 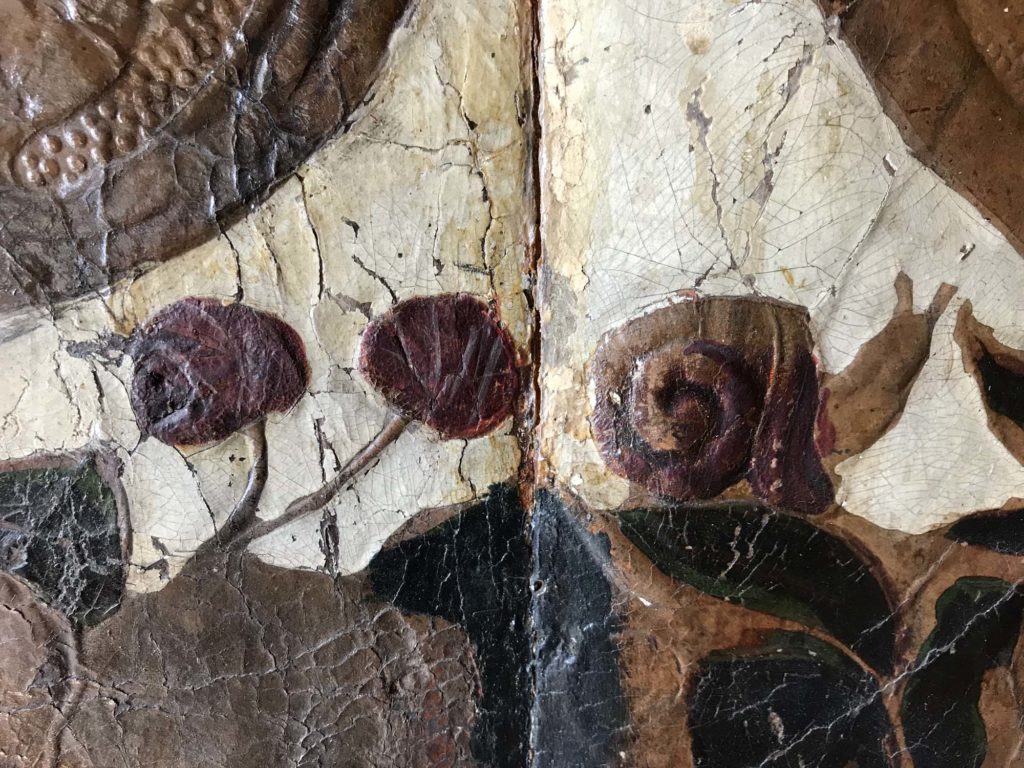 The leather wallpaper is filled with all manner of creatures. Photo © Richard Moss

We had Thomas Douglas Murray who was famously a member of the Ghost Club, which was the foremost Victorian ghost hunting society set up in 1862. Their motto was: The First Rule of Ghost Club is not to talk about Ghost Club.

Douglas Murray, who was a kind of sideways family member, brought with him Ada Goodrich Freer who had set herself up as a spiritualistic medium. In the Victorian era women were said to be good at channelling energies because we were deemed “empty vessels” unlike the men who were of course very powerful creatures.

But she was an extraordinary woman. She came from a humble background but cleverly covered her tracks. She was very bright, looked strangely much younger than she actually was and passed herself off as quite a young girl well into older age.

She was also fantastic at putting on a show. When she came here she was working with a man called William Thomas Stead who ran a magazine called Borderland. A big publishing magnate, Stead published the Pall Mall Gazette which later became the Evening Standard, and Freer worked with him on Borderland as an editor. Stead went on to meet a tragic end as he was travelling on the ill-fated Titanic in 1912. He died the most famous Englishman on the ship.

Stead also knew Douglas Murray – the two of them had tried to conduct a séance at the British Museum over the sarcophagus lid of a ‘cursed mummy’, which is another story.

These are highly connected people of the late Victorian and Edwardian period and I think it says something about the power and the wealth of the people of Preston Manor – that they could get the best of the best to come and conduct a séance here.

They were joined by Eleanor Macdonald and Lily McDonald (mother and daughter) and there may have been another person in here because we have shorthand notes of what happened.

Some people think these notes could have been made by Douglas Murray because he only had one hand – he had lost one in Egypt after he shot himself in a hunting accident that was said to be the result of a mummy’s curse. In a séance they either put their hands on top of the table or hold hands to make sure the medium isn’t doing any trickery. Round this table you would have had seven hands. 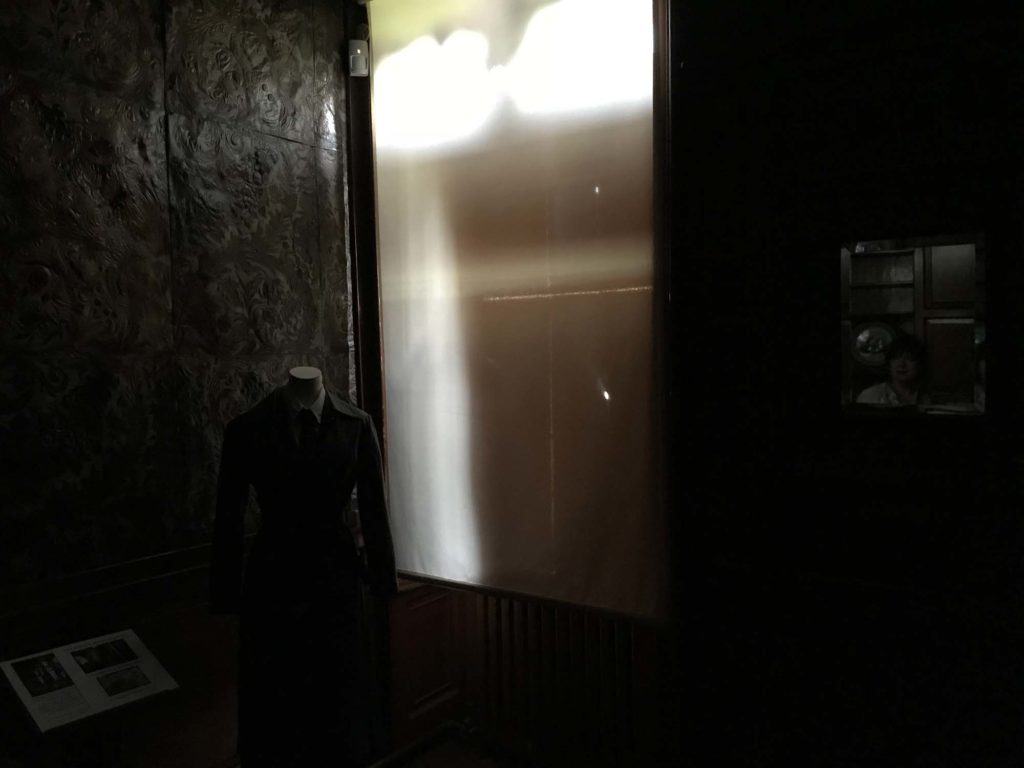 Lights out in the seance room. Photo © Richard Moss

So Ada asked the classic opening line: “Is there anybody there?”

She used an Ouija board and when she got the messages from the spirit she began moving her hand across it, spelling out the answers.

The first words spelt out were “go away”, which is quite chilling.

I think I would have probably stopped then, but they didn’t. They persisted and asked, “tell us who you are, who is haunting Preston Manor and how can we help?” There’s an almost Victorian philanthropic thing going on here. They wanted to help this mysterious entity who had been haunting them.

Ada Goodrich Freer was later found out, in her later life, to be a fraudulent medium. But that evening she concocted a compelling story about a nun called Sister Agnes, who was accused of immorality by a Friar Martin, which led to an ex-communication and her body not being laid to rest in consecrated ground. And that, according to Ada, was why she was haunting the house.

The story was entirely made up.

Then something quite weird happened. 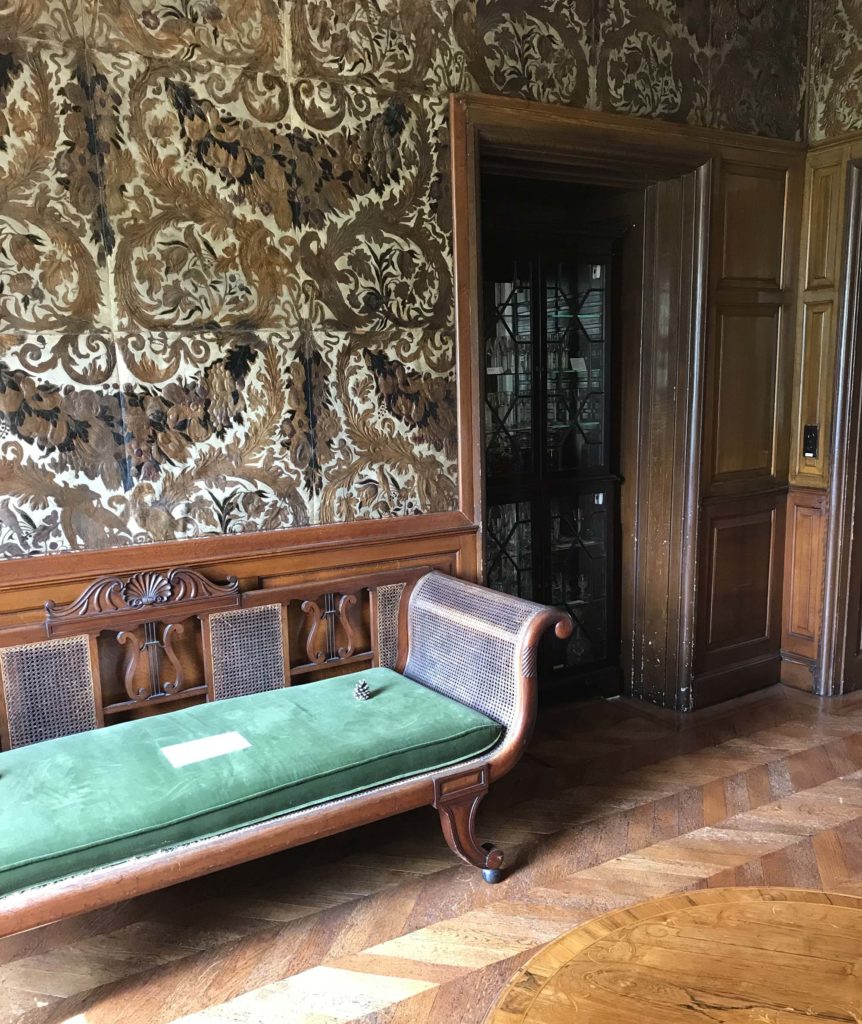 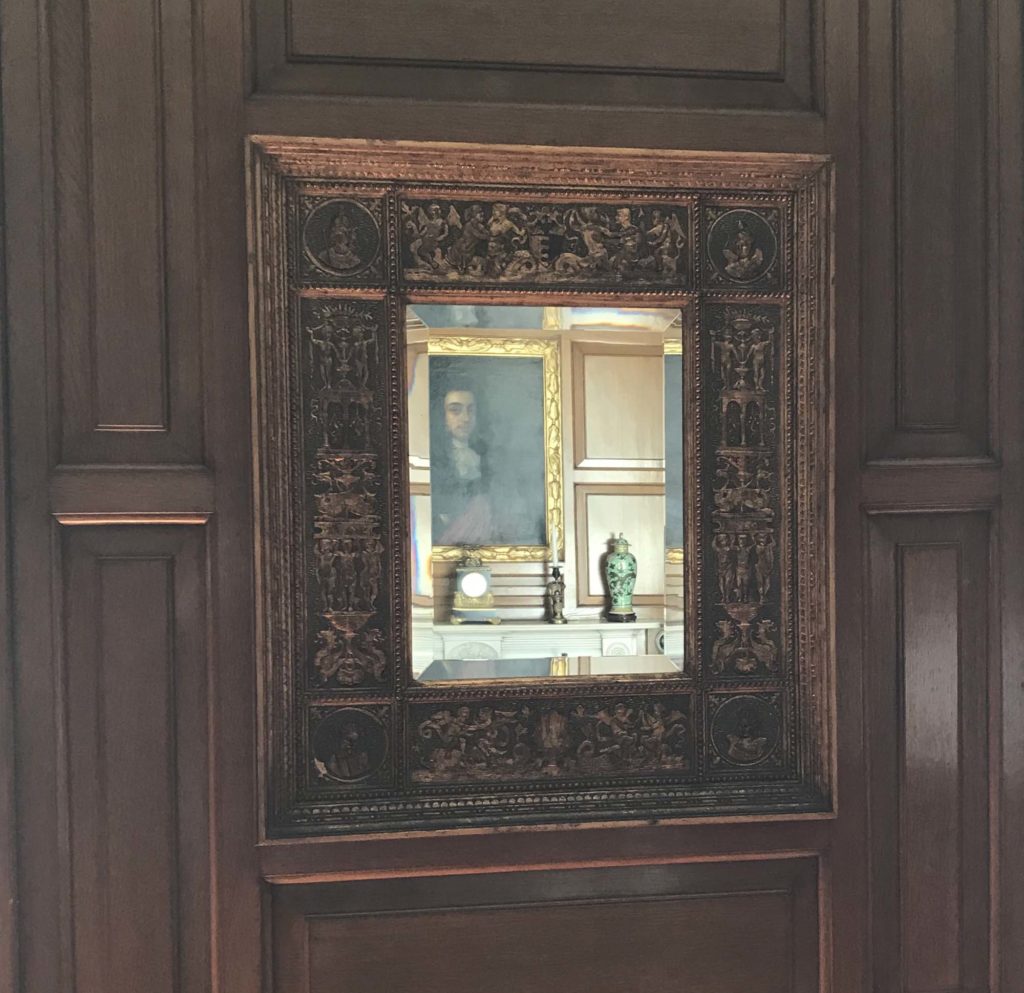 It was Christmas 1896, and everyone in the house became ill, suffering from terrible sore throats and there was a horrible smell wafting through the rooms. Everyone was disturbed by it – so the family decamped to a hotel in Brighton leaving the servants behind.

In January they had all the drains dug up along the south side of the house and they discovered a skeleton, which they said showed signs of being hastily buried.

It was a woman who had been pushed into a hole in the ground. The family were really disturbed by the discovery.

These days, if you find human remains you have to call the police and a criminal investigation has to take place. In 1897 you also had to do that, but they didn’t do it here, they just called in a doctor who proclaimed over the bones that they were about 300-400 years old and everyone said “Oh my god, it’s Sister Agnes! That’s who it must be!”

“He had a real skeleton, called Molly, in the basement and he used to take her out and about”

John Bennet Stanford, who was the son of the owner of the house, insisted that the remains have a Christian burial in the church. But because Sister Agnes was a Roman Catholic nun, the vicar said no and quite a row erupted between the family and the church next door. John later claimed he snuck out one night and buried her in someone else’s grave, which had been dug in the church graveyard. He just put the bones in there – so this is highly irregular stuff.

John had form for mucking around with skeletons and I personally think he planted that skeleton in the garden. He used to have an anatomical skeleton that he would dangle outside the windows to frighten lady guests, and in his house in Wiltshire he had a real skeleton, called Molly, in the basement. And he used to take her out and about as well…

As to Sister Agnes, the after-world is populated by nuns and grey ladies and there is a high probability that there was some kind of religious site on this plot at some point in its history – and there may have been nuns here, so I think Ada just picked that for her story. 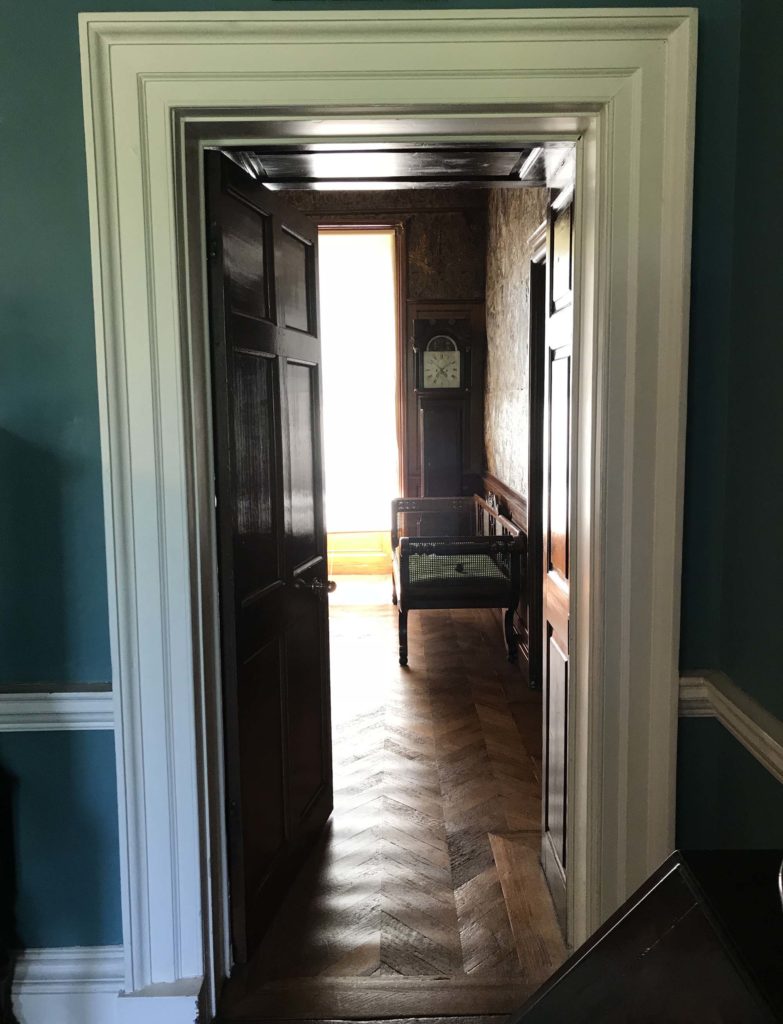 The ghost that was seen here back in the 1890s, particularly by Lily and Diana the twins, has become known as the White Lady and people describe her as wearing long, white robes and having long blonde hair. To me she perfectly matches a Roman woman of a very high class. Not a nun at all. She was last seen in the 1950s/60s walking down the stairs and disappearing through a wall.

She’s still here, but she’s kind of fading and we now have a lady in black who is much more readily seen. She’s been seen here clearly by members of staff and I think I might have seen her, but my sighting of her was peripheral and when I turned round she was gone.

But most Victorians believed in the afterlife and many of them firmly believed that you could contact the afterlife. There was that wonderful mix of belief and science going on – you’ve got telephones invented, you’ve got x-rays – so why not try to speak to the dead? They really believed they could communicate with them.

There are other parts of the house which are much, much creepier than the Séance Room and you can get really easily spooked – even if you are a sceptic like me. Even the toughest sceptic will get creeped in this house.

But paranormalists still hold séances and vigils in the Séance Room and commune with the sprits. Where else in the South East can you go into a room where a real Victorian séance was held?

Paula is currently writing a book about the ghosts of Preston Manor.

Delightful Manor House, powerfully evoking the atmosphere of an Edwardian gentry home both ‘Upstairs’ and ‘Downstairs’. Explore over twenty rooms on four floors, from the superbly renovated servants’ quarters in the basement to the attic bedrooms on the top floor. Adjacent to Preston Park, the house also comprises picturesque walled…