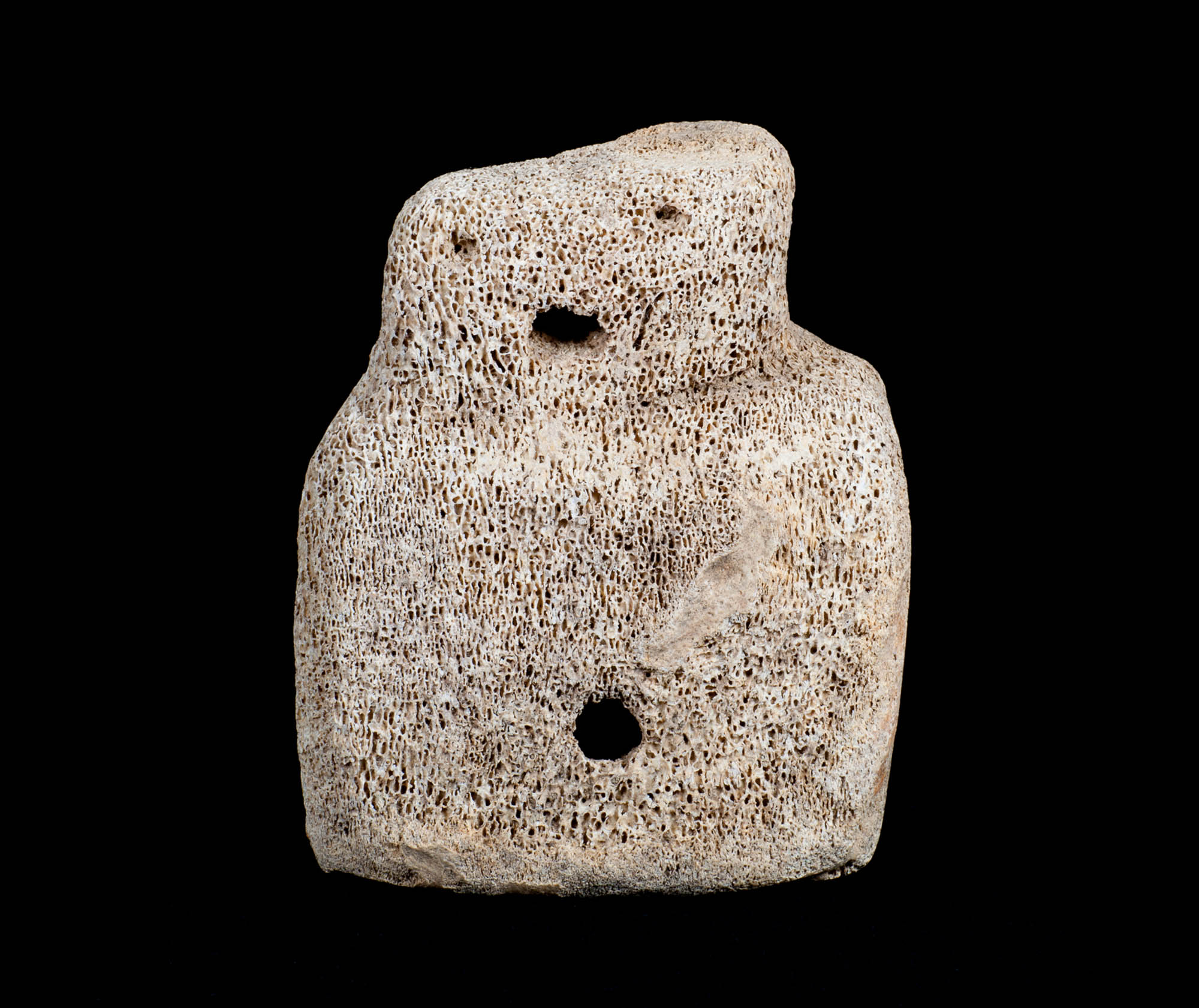 Prehistoric representations of the human form are exceptionally rare in Britain. This figurine was the first Neolithic example discovered, but lay forgotten for decades

This is Buddo, a long lost 5,000 year-old Neolithic human figurine found at Skara Brae in the 1860s, and rediscovered in the collections of Stromness Museum, Orkney in summer 2016.

Carved from a single piece of whalebone and measuring just 9.5cm high by 7.5cm wide, the eyes and a mouth have been cut in the face, and the body has a navel, but it is otherwise unadorned. Curators think the holes through the head and body may have been used to suspend the figurine.

It was originally found by William G. Watt, the local laird, when excavating a stone bed compartment in House 3 of the Neolithic village at Skara Brae and was briefly described as an ‘idol’ or ‘fetish’ in a report made by the antiquarian George Petrie in 1867. 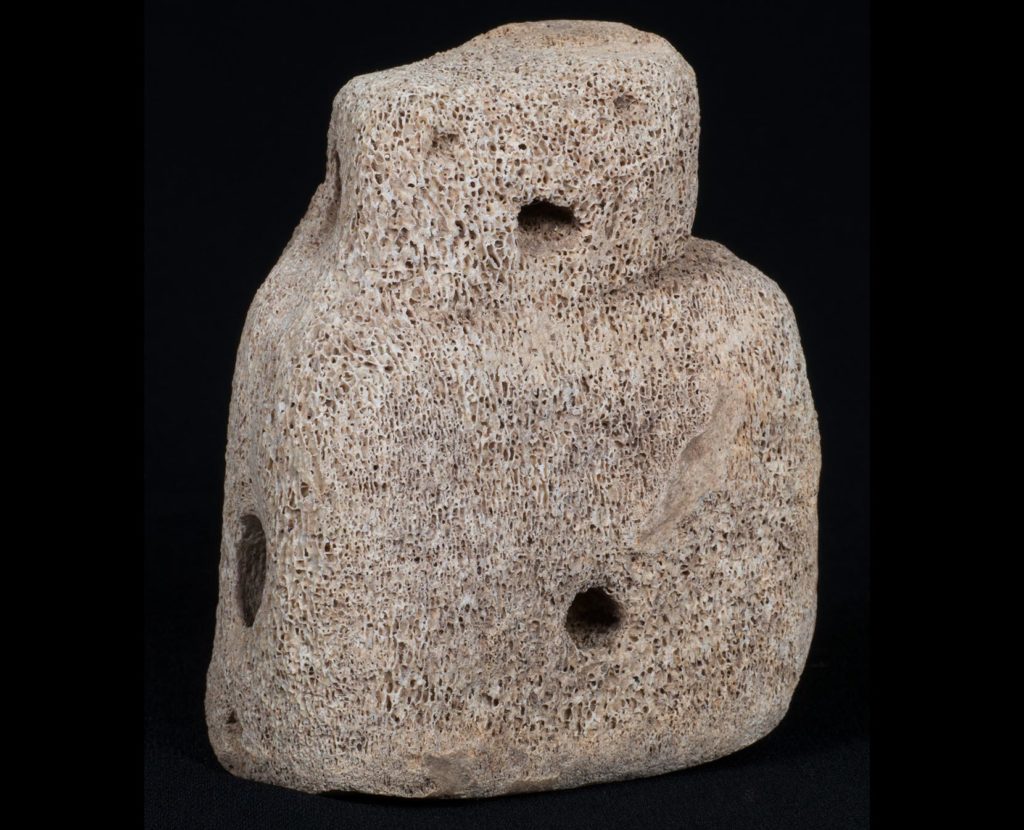 Donated to the museum in the 1930s without provenance or being properly catalogued, it disappeared into the stores as part of an undocumented collection of items from Skaill House, Sandwick. Until its re-discovery it was known only by a sketch in Petrie’s notebooks, which are now held in the manuscripts collection of the Society of Antiquaries of Scotland.

Prehistoric representations of the human form are exceptionally rare in Britain and experts believe this figurine – the first Neolithic example discovered in the UK – emphasises many of the similarities in the late Neolithic assemblages and structures at Skara Brae.

The figure has also brought Westray Wife figurine, another 5,000 year old figurine which was discovered during a 2009 dig at the nearby Links of Noltland, into focus and experts are studying the pair to see if there are any similarities. 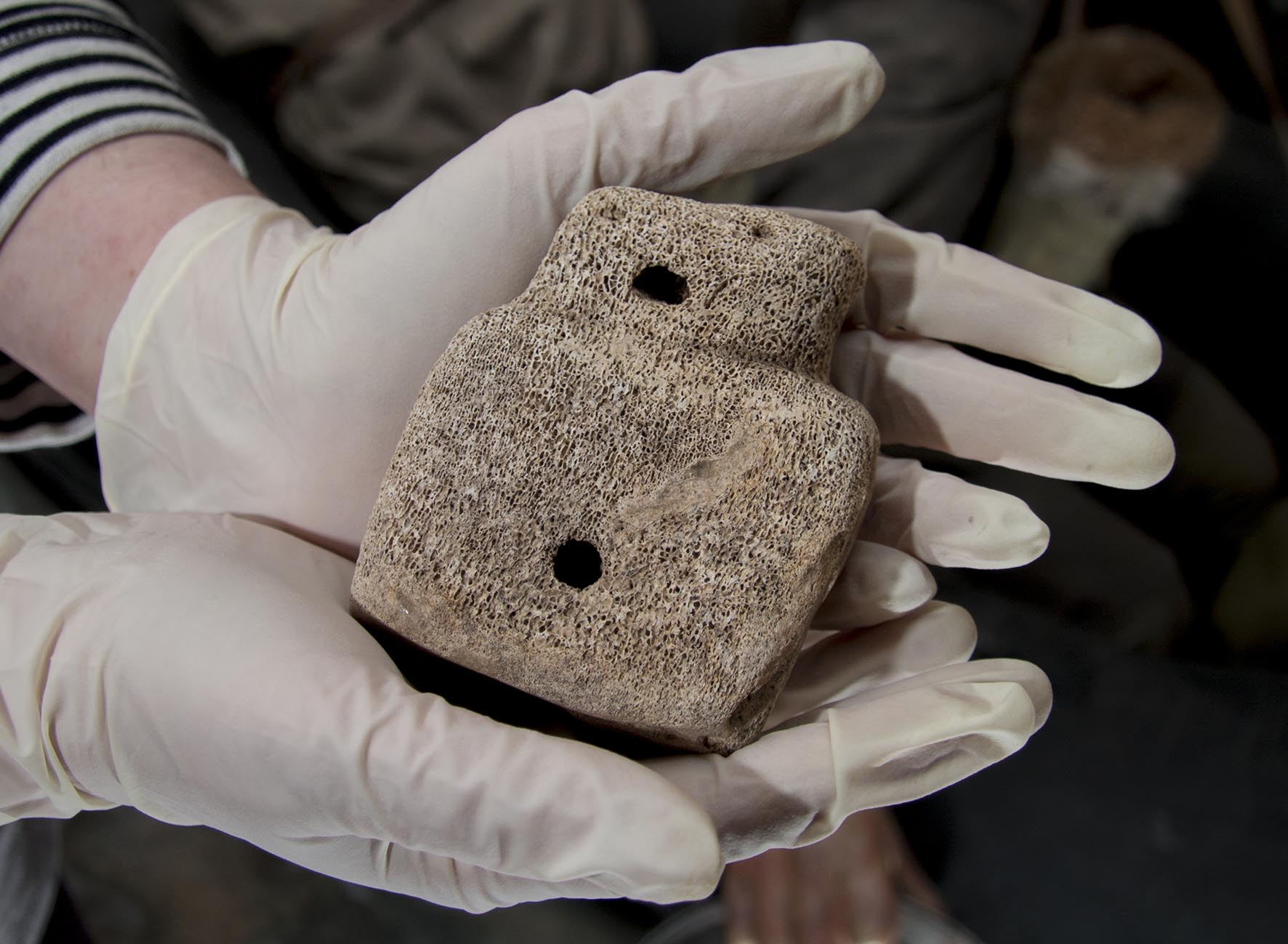 Buddo rests in the hands of a curator at Stromness Museum

Stromness Museum has a superb collection of artefacts from Skara Brae, but upon it’s rediscovery the figurine instantly became the new jewel in the collection.

Dr David Clarke identified the figurine among artefacts from Skaill House donated to the museum without provenance in the 1930s, while undertaking research on Skara Brae funded by Historic Environment Scotland.

“Amazingly, we found it in the last box of the day,” said Dr Clarke, “I’ve always thought this figurine to be lost forever so seeing it staring back at me from its bed of tissue paper was completely unexpected and very exciting.”

Stromness Museum was founded in 1837 with the creation of the Orkney Natural History Society. The building dates from 1858. It has recently undergone major restoration, but still retains its Victorian atmosphere. The lower gallery is full of exhibits relating to the local fishing industry, relics of the German High…

One comment on “Is this 5,000 year-old whalebone figurine one of Britain’s oldest human forms?”