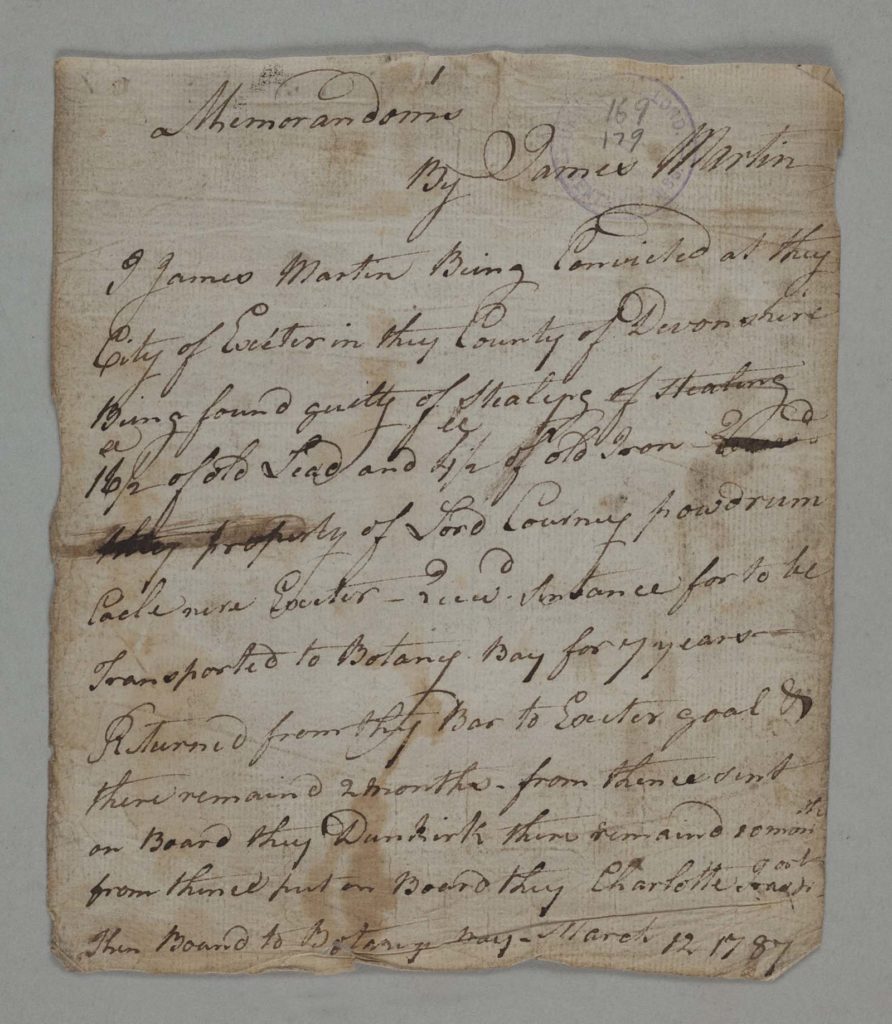 On the night of March 28 1791, James Martin and eight fellow prisoners, held in New South Wales after being transported from England, fled Botany Bay in a six-oared boat.

Martin had been convicted of stealing screw bolts and other goods, valued at 11 shillings, and was sentenced to transportation for seven years. In March 1787 he was placed on one of six convict transports with Royal Navy escort – now known as the First Fleet – and sent to New South Wales, the British Government’s new penal colony, which became the first European settlement in Australia.

But the harsh conditions in Botany Bay moved Martin and a band of fellow adventurers that included William and Mary Bryant and their children Charlotte and Emanuel , James Cox, William Allen, Samuel Bird, Samuel Broom, Nathaniel Lillie, and William Morton to take a small boat, which they rowed out of Sydney Harbour and into the Pacific Ocean.

Their perilous journey took them along the east and north coasts of Australia on an encounter with Aboriginal peoples, open waters and ferocious storms.

After two months they had travelled 5,000 kilometres in the open boat navigating many uncharted waters, storms and squalls thanks to the skills of William Morton, who was an experienced navigator. They eventually reached Kupang, in West Timor, where their Dutch hosts readily believed their story of being shipwreck survivors.

But their eventual unmasking – reportedly after one of their number drunkenly bragged about his exploits – saw them sent back to England on an arduous journey that saw four of the convicts and both of the accompanying children die.

Their stories emerged once again in the collection of University College London, whose former philosopher, Jeremy Bentham, kept a handwritten account penned by James  Martin in his personal collection. Bentham was one of the earliest opponents of transportation to New South Wales and the colony itself and appears to have acquired the account as part of his research.

According to Dr Tim Causer, who worked on the Bentham Project, which digitises and shares the writings and collections of the renowned Utilitarian thinker, the famous account “should have a wider audience than it otherwise has had because it is the only first-hand account written by First Fleet convicts.” 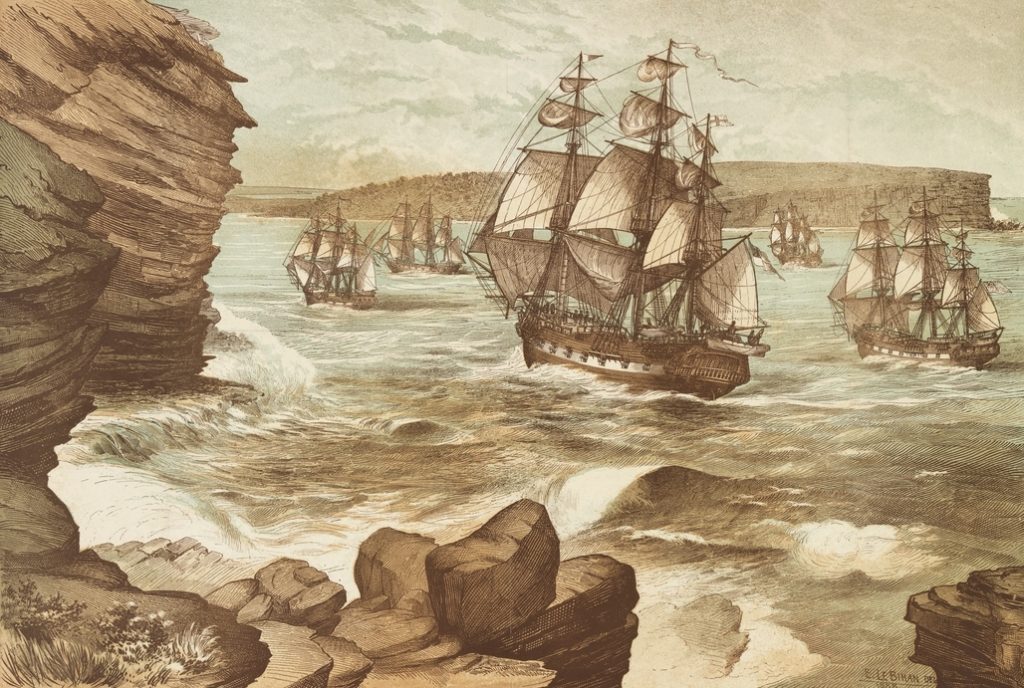 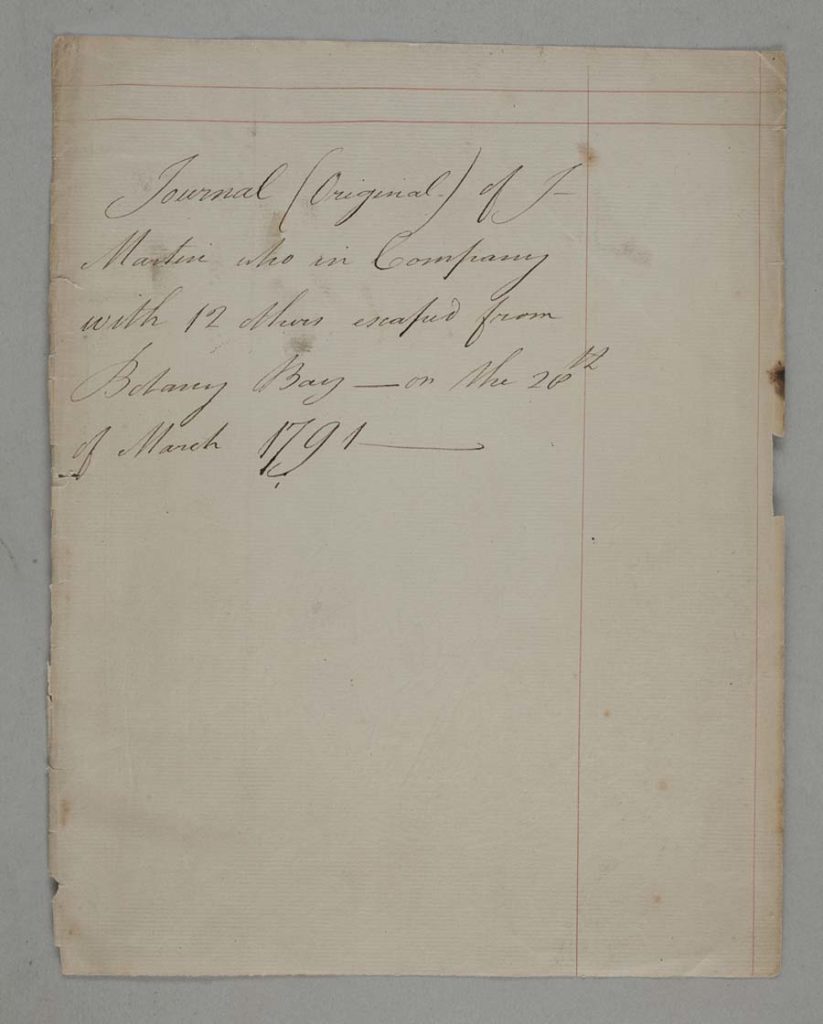 “It’s such a well-known story,” adds Causer, “probably the most famous escape story from colonial Australia.”

Despite this, the work of Causer to share it and contextualise it via the Bentham project is the first time that the original document has been made widely available.

Although Martin’s Memorandoms have been portrayed in books and a television drama the UCL testimonies resolve some tall tales and afford greater attention to some of the overlooked figures, with the main focus traditionally given to the surviving woman of the party, Cornish native Mary Bryant.

“The other convicts are reduced to little more than ciphers,” adds Causer. “Previous accounts of the escape by historians and writers contain a number of inaccuracies, exaggerations and inventions, which are not borne out by a reading of the manuscript.”

Back in England, the survivors escaped the capital punishment usually meted out to escapees from transportation and served the remainder of their sentences in Newgate Prison. In May 1793, Bryant, who received the support of the lawyer and biographer James Boswell, was given an unconditional pardon, and the four men were also discharged in November 1793. What became of Martin remains a mystery. 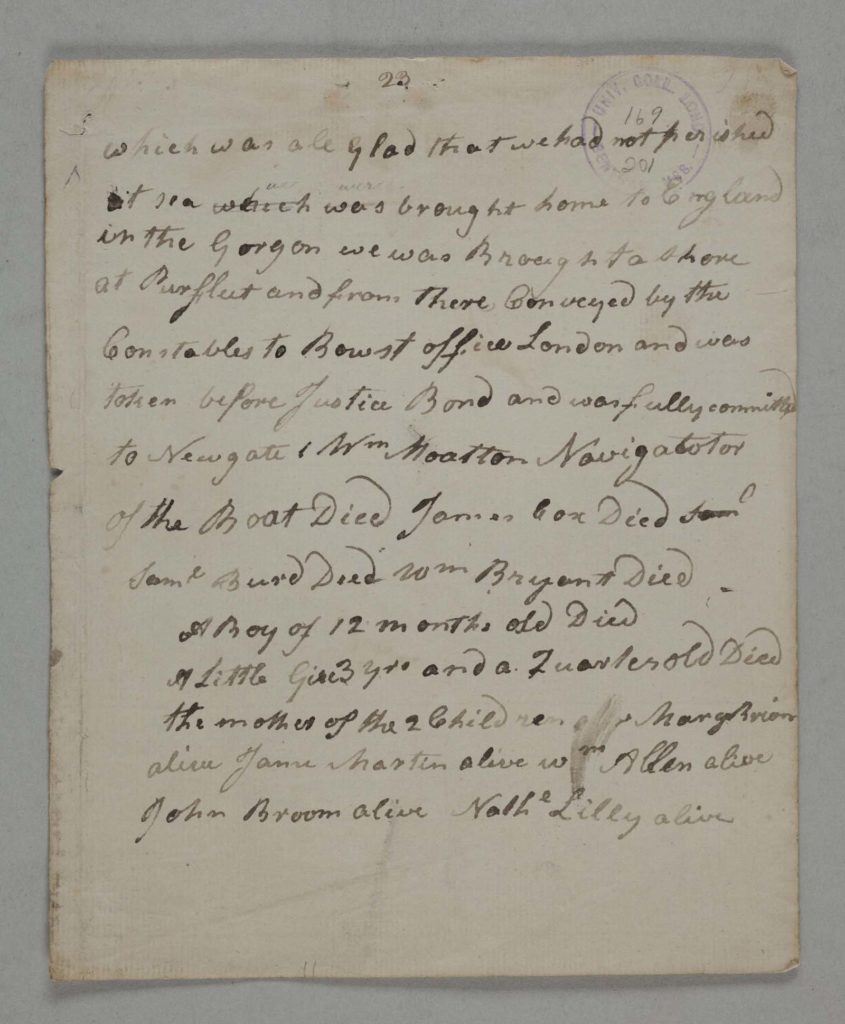 The story of why Bentham was in possession of this fascinating manuscript is also an intriguing one.

Apart from his general opposition to transportation, it appears he also had a bone to pick with New South Wales: his Panopticon prison scheme blueprint, allowing a single watchman to observe all institutionalised inmates, unaware of whether they were being watched, was dismissed by the Home Secretary due to the improvement of the prison colony in Australia.

“Bentham was outraged by this,” says Causer. “He wrote two very antagonistic open letters to the Home Secretary decrying the state of New South Wales.

“He gathered a lot of ammunition about the colony to try and portray it as a sink of immorality, a place where convicts would never be reformed and would be a constant drain on the country, and he appears to have acquired this narrative at some point along the line.

“It’s not clear when or how he acquired it, but we’re very fortunate to have such an important document in the history of convict transportation and colonial Australia here in the UCL collections.”

Find out more about the Jeremy Bentham project at www.ucl.ac.uk/bentham-project

Watch a video about the Memorandoms on the Bentham Project website