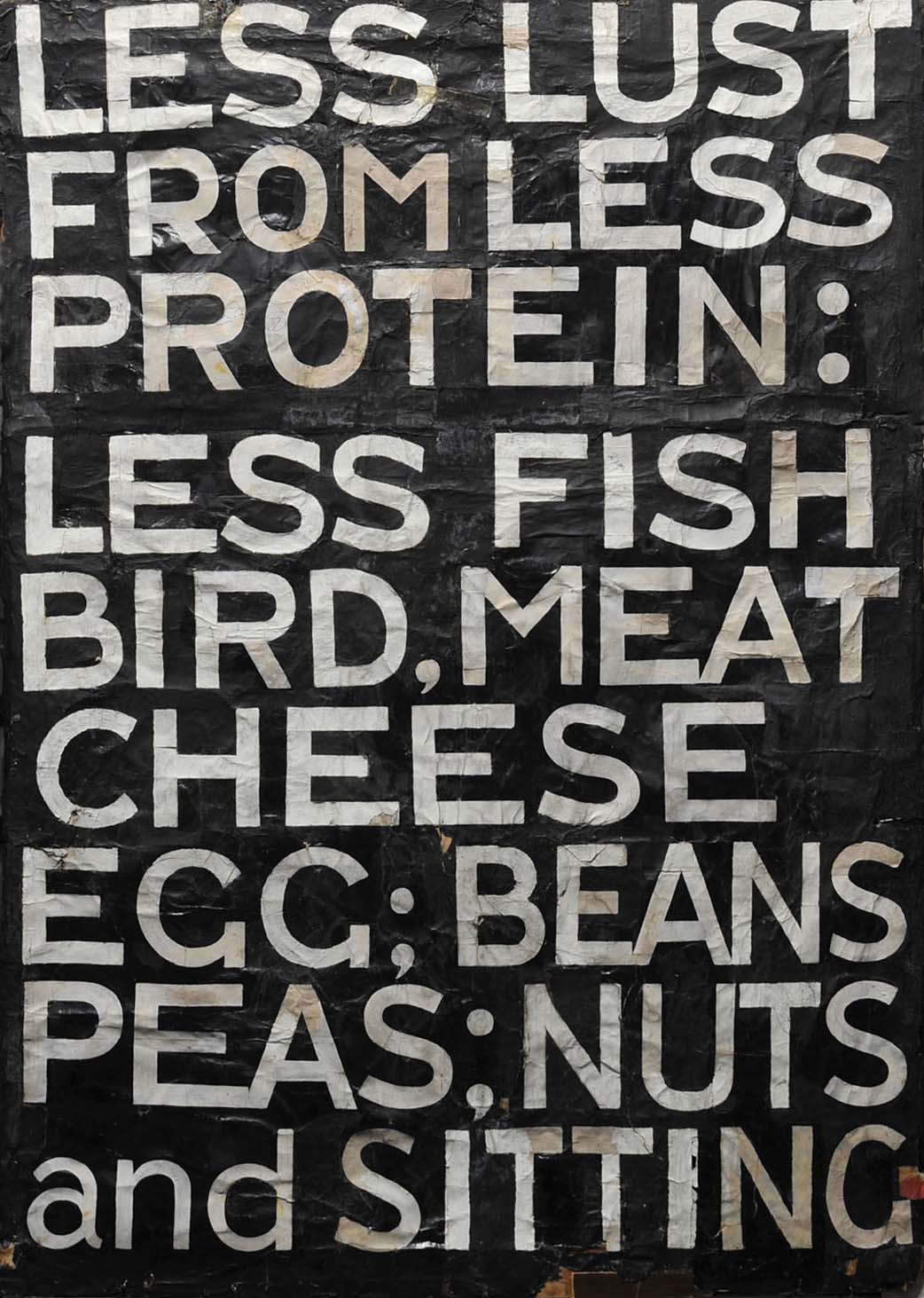 Cathy Ross of the Museum of London talks about the placard used by Stanley Green, “The Protein Man” (1915 – 1993) who used to roam the streets of the capital sharing his views on modern diets and sexual urges

This is the placard of Stanley Green, one of 20th century London’s best-known characters. For 25 years he was a regular sight on Oxford Street, warning people about the dangers of eating protein. He believed it made people uncontrollably passionate and was a source of anarchy in the world.

By all accounts, Stanley was a difficult character. He never settled in a job, never married and lived with his parents in a council flat in Ealing for most of his life. His campaign against eating protein began after his mother’s death in 1967.

Every day he travelled to central London to make his protest, using his placard and booklets, titled “Eight Passion Proteins. With Care.” Stanley self-published these using his own printing press, which he kept in his front room.

There were 84 editions of this leaflet, and we have 36 in the museum, all with different coloured covers and variations in the text. As identified by Stanley, the eight passion proteins are meat, fish, bird, cheese, eggs, peas (including lentils), beans and nuts. According to him, “fat is not protein.”

The booklets go to prove a little learning can be a dangerous thing – they’re Green’s Protein Wisdom theory presented as a sort of stream of consciousness. “Beware of habitual excess,” he says.

In one booklet, he suddenly lays into The Archers, which he considered a great purveyor of filth. He says, “married love is not for single people…” – “married love” was his euphemism for sex. Words are randomly capitalised throughout. There’s a lot of scientific theory, but it’s largely meaningless.

In all of this – and also in his unpublished novel, Behind the Veil – there is a sense of sexual frustration very near the surface. He gets very worked up about women. Whether he’d tried to have what might be considered a ‘normal’ life and it had all gone wrong, I don’t know. He wasn’t religious, he was more of a humanist, in a way. His argument was all about morality, about human beings becoming kinder, better people. 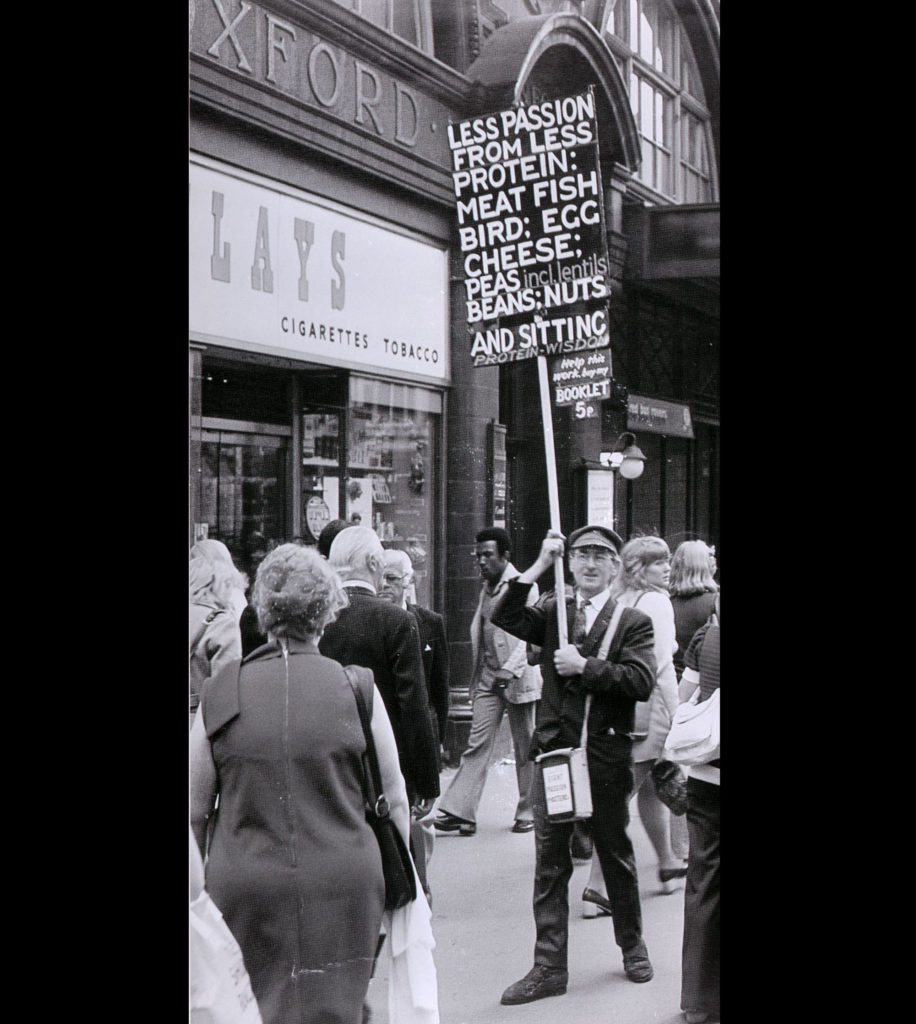 The board is homemade – it’s just cardboard, wood and paint. Unfortunately, it was missing the stick when we received it. It’s not weather-proof, I think he’d repair it at home and make new ones when necessary.

In some of the earlier photographs of Stanley campaigning he has a slightly different board so I think he must have got through several in his lifetime.

The early billboards don’t include the phrase “and sitting”. His logic was that a sedentary lifestyle would allow the protein energies to accumulate and turn into nasty thoughts and so on. Passion could be counteracted by vigorous exercise, such as digging the garden.

He certainly practiced what he preached – he was outdoors seven days a week, cycling backwards and forwards between Ealing and central London, and he survived on a meagre daily meal of half a boiled egg and some oatmeal porridge. 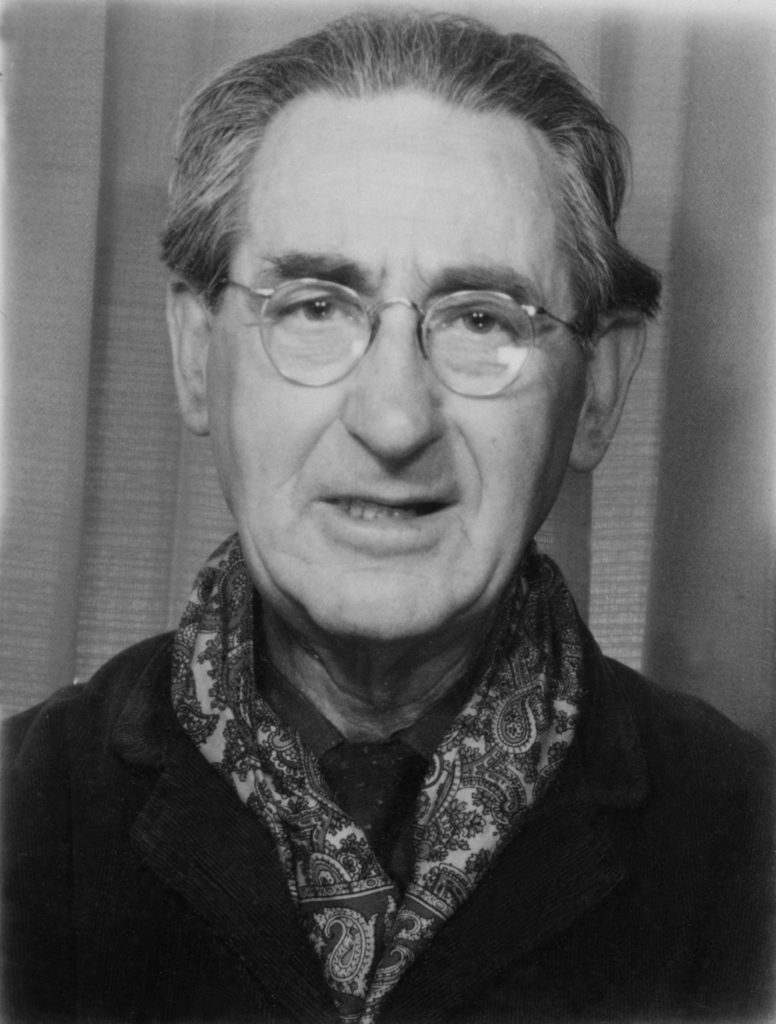 It’s interesting that he chose this medium to propagate his protein wisdom message – in the 1960s, he’d have seen lots of other people walking the streets with protest banners and must have been influenced by them. Someone recently said to me, “if only he’d been alive in the internet age”. I think he’d operate very differently now.

The last time I saw him on Oxford Street he was doing his Eight Passion Protein stuff but not meeting anyone’s eye. He was just staring into space. He pursued the campaign right up to his death.

Protein Man’s placard is one of 4,000 items on display in the Museum of London’s Galleries of Modern London.