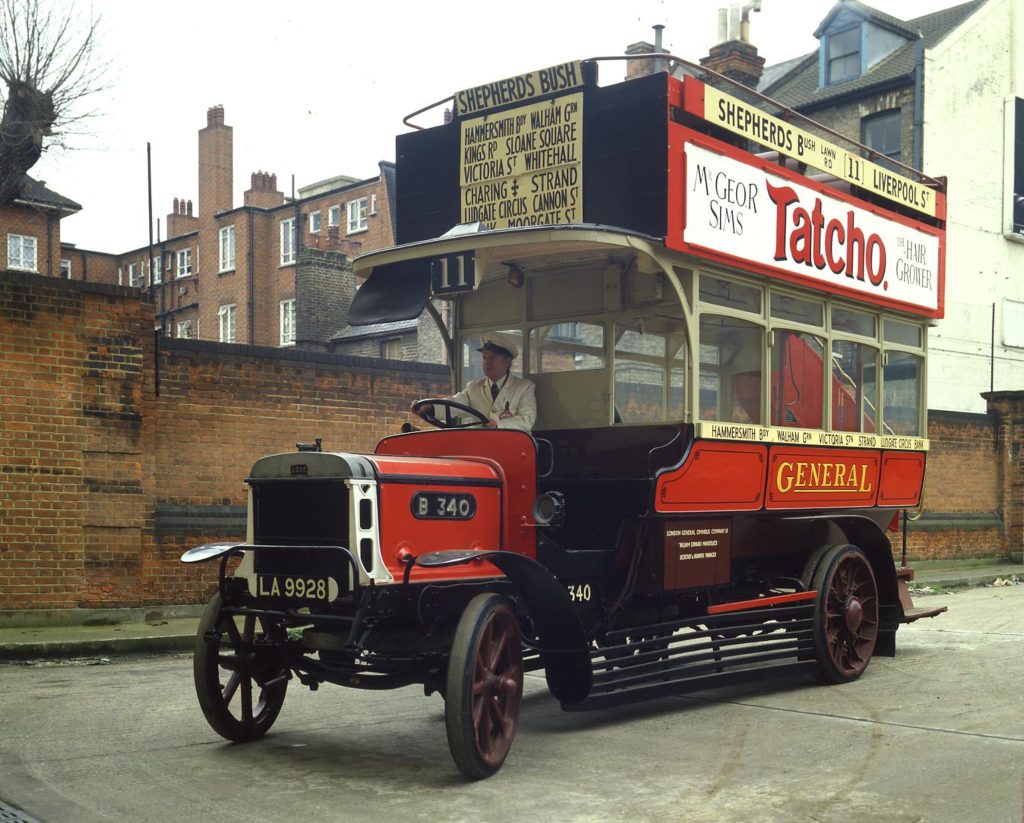 One of the objects in the collection: B-type motor bus No. B340. London Transport Museum collection.

London Transport Museum celebrates its 40th anniversary this month. To mark this important milestone, here’s a look back at the history of the collection and the iconic building the Museum is housed in, the old Victorian Flower Market in Covent Garden. 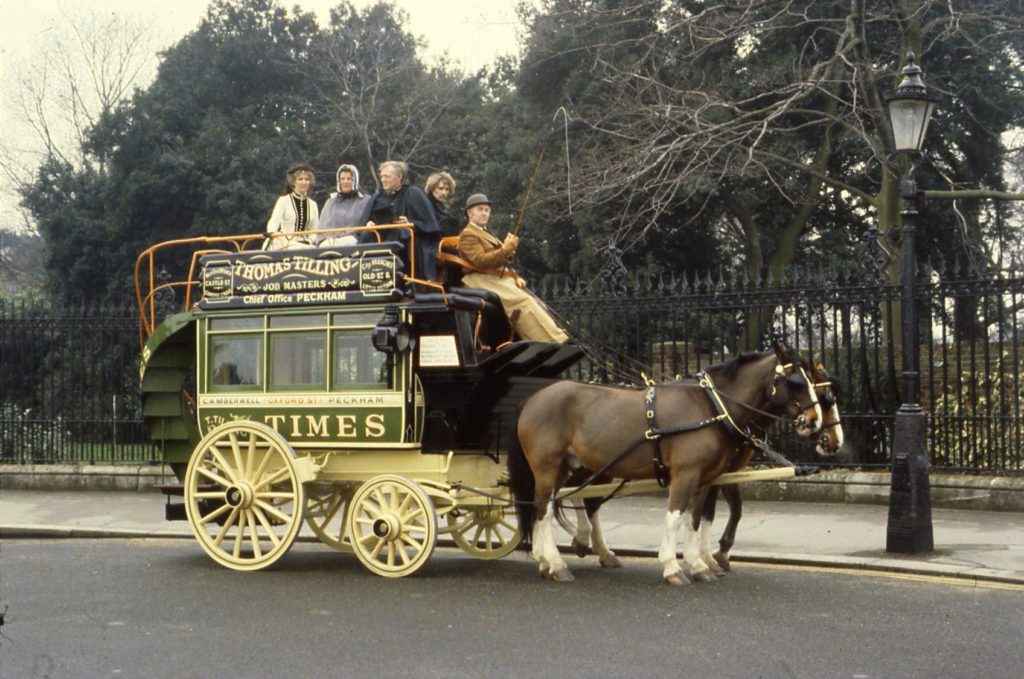 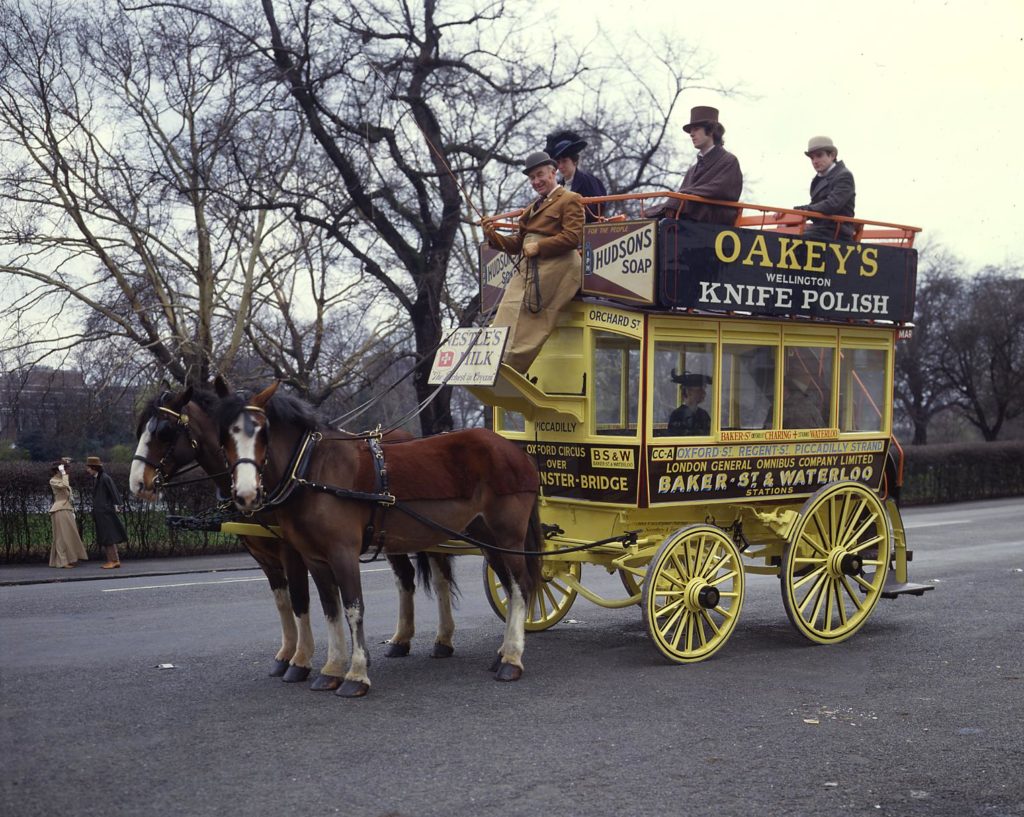 The Museum’s collection originates in the 1920s, when the London General Omnibus Company decided to preserve two Victorian horse buses and an early motorbus for future generations.

Over the years, the collection had many homes: during the 1960s it was housed in an old bus garage in Clapham, south London, as part of the Museum of British Transport; it later moved to Syon Park in west London in 1973 as the London Transport Collection.

In 1980, the collection was moved to its current Covent Garden location and London Transport Museum was born.

At the time, the collection counted around a thousand objects, mostly acquired directly from London Transport. Today the Museum cares for over 450,000 items and its collections cover the rich spectrum of transport in London; from heritage vehicles (trains, buses, trams, taxis etc.) to maps and signs, photographs, poster art and architecture as well as audio-visuals and oral histories. The collections are given coherence by London Transport’s pioneering and consistent application of good design.

Through this extensive and diverse collection, the Museum tells the story of London’s transport and explore the powerful link between the development of the transport network and the growth of London itself, its culture and society since the 1800s.

The Museum also looks at present and future developments of the Capital and its transport network, and documents changes and stories as they happen through contemporary collecting projects such as LGBT+ Linking Lives and Where are all the women, which aim at enriching the collection with the experiences of groups previously underrepresented in transport’s history. 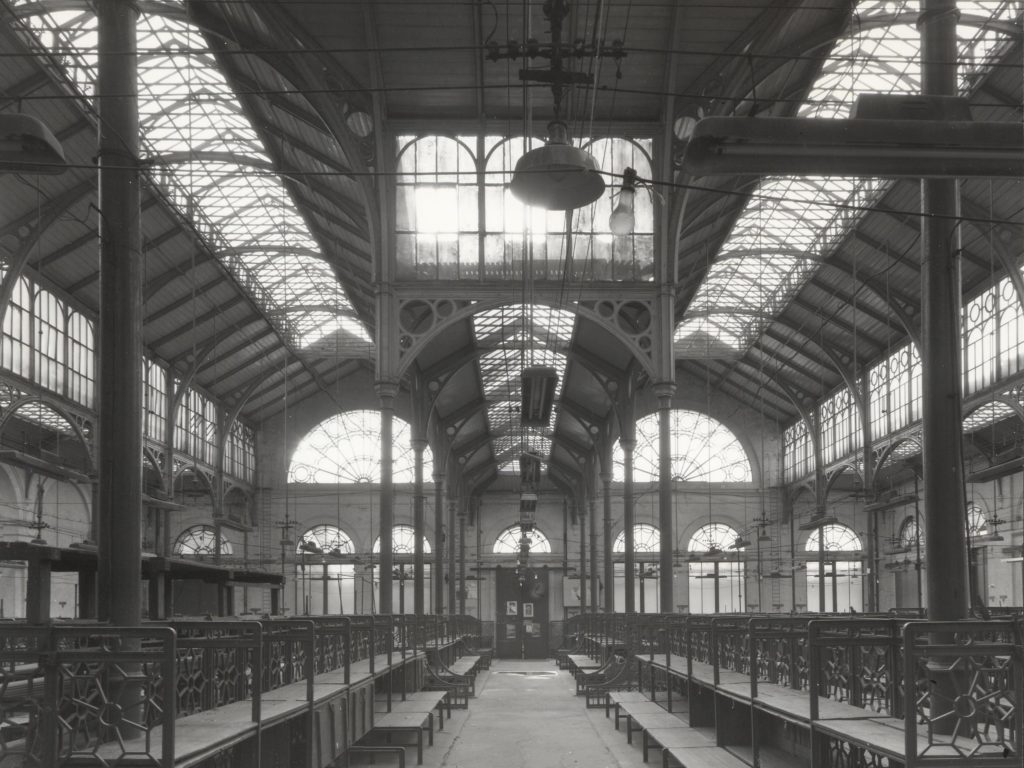 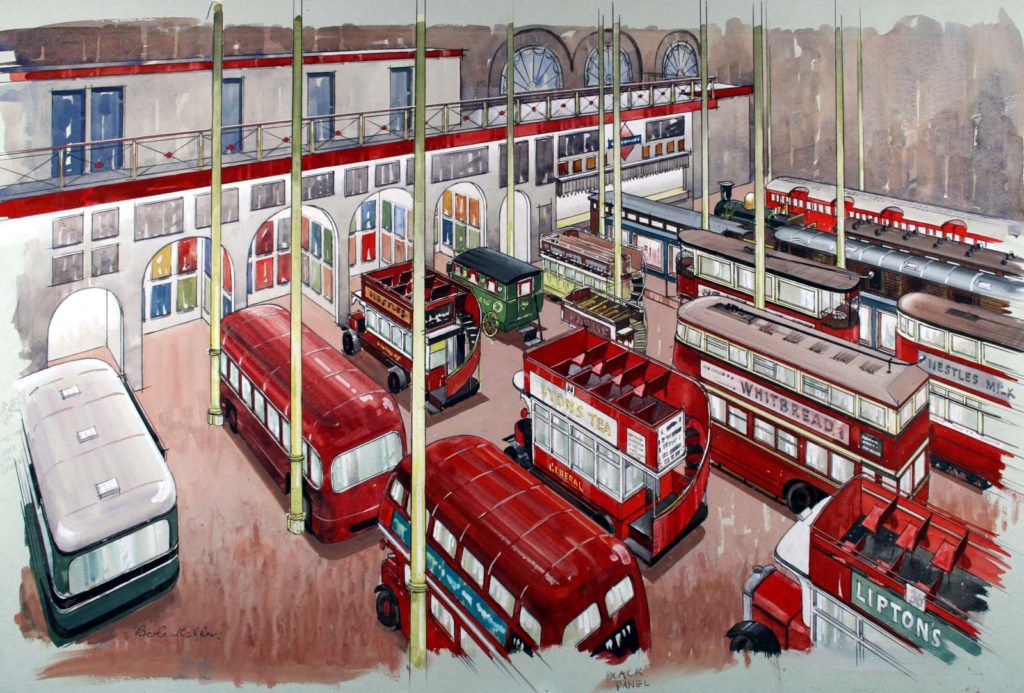 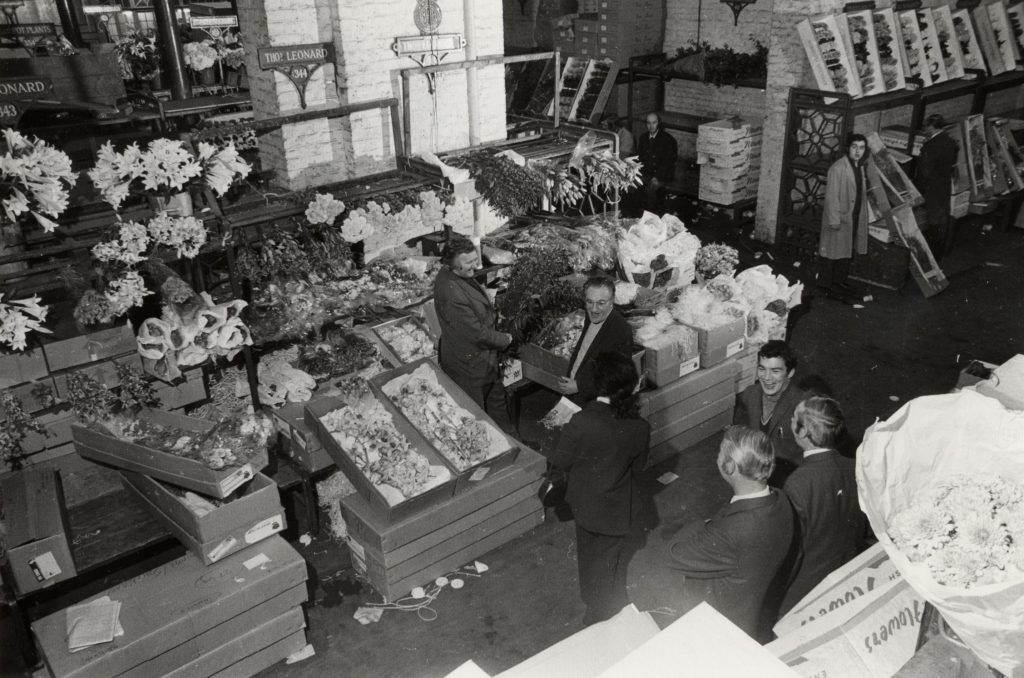 The stunning building was originally designed by William Rogers in 1871 and for the next hundred years, it was the heart of London’s wholesale flower business, famously trading every day except Christmas.

In 1974, all the market businesses moved out of Covent Garden Piazza to modern warehouses at Nine Elms in south London.

When London Transport Museum opened its doors in March 1980, hoardings still surrounded the Central Market Hall and many of the historic buildings had yet to be restored. Between January and March 1980, vehicles were painstakingly moved from Syon Park into the Flower Market building on temporary rails for display in the new Museum, as documented by artist in residence Edna Lumb.

Over the past four decades the area has been transformed, with the Museum contributing to the personality of this vibrant quarter of central London. 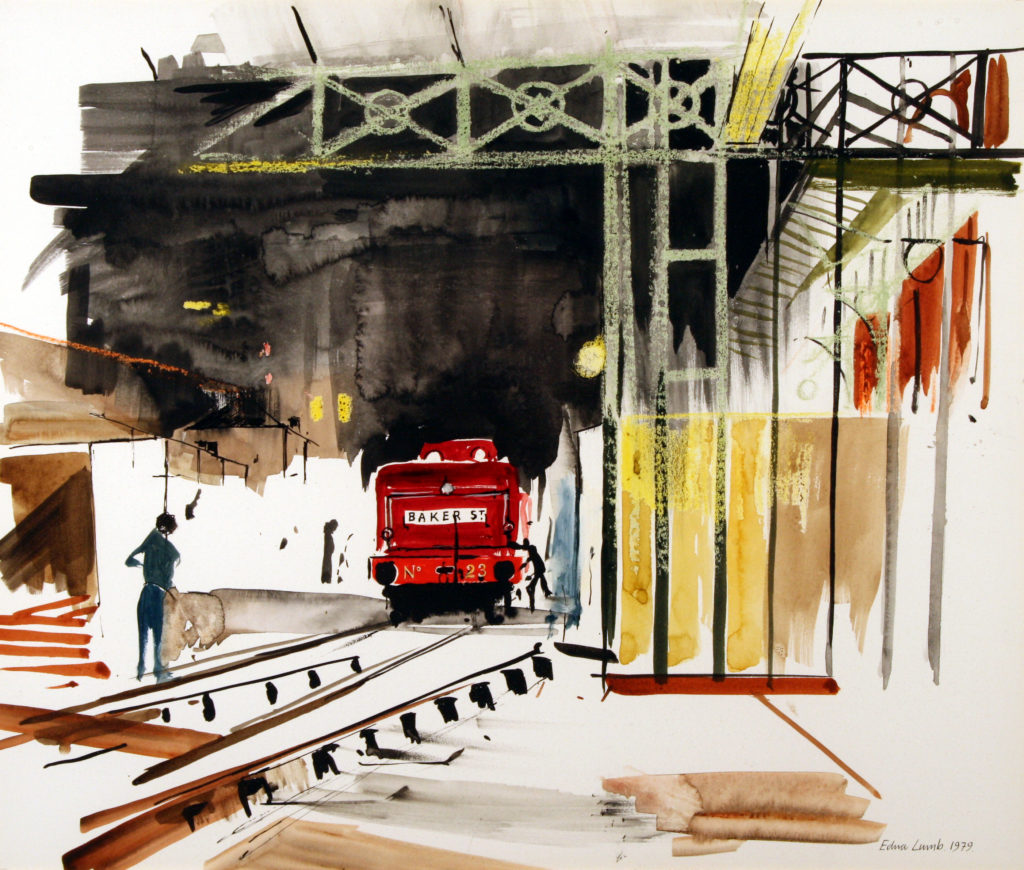 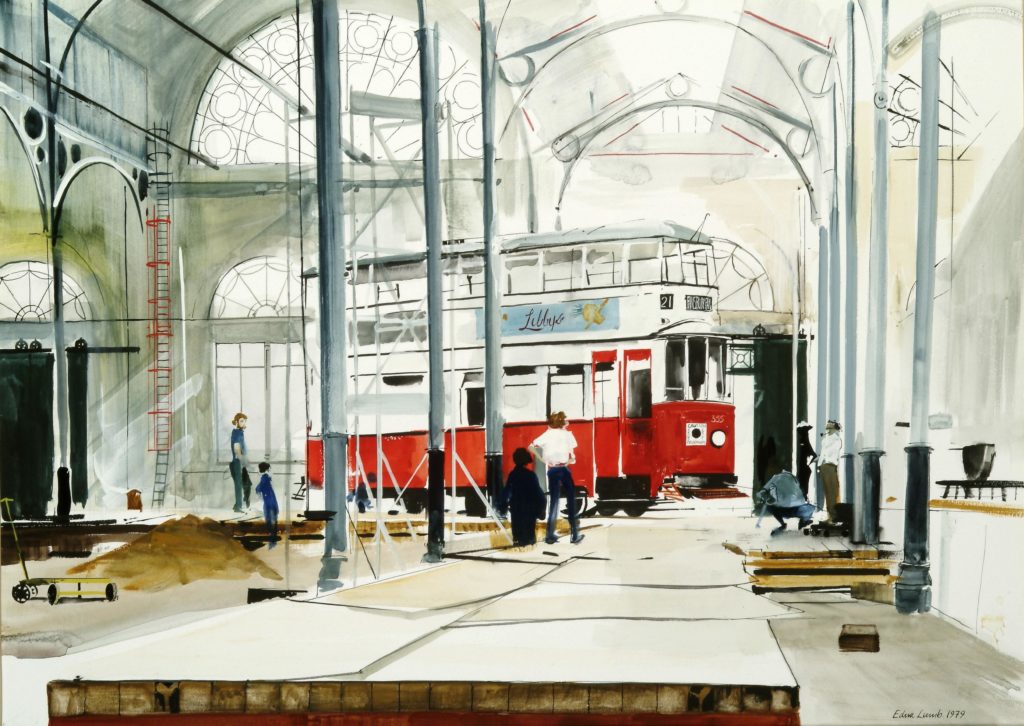 The newly-refurbished Flower Market was over three times the size of the old Syon Park site. It was envisaged to transform the collection into an active museum that cared for its collection, promoted public transport as a theme and encouraged schools to visit.

The original layout and interpretation were quite old-fashioned, with a huge number of vehicles in the middle of the gallery, the story displayed linearly on panels on the walls, and small models of vehicles positioned all around the edges. Since then, the Museum galleries have been radically updated and extended twice, in 1994 and 2007. 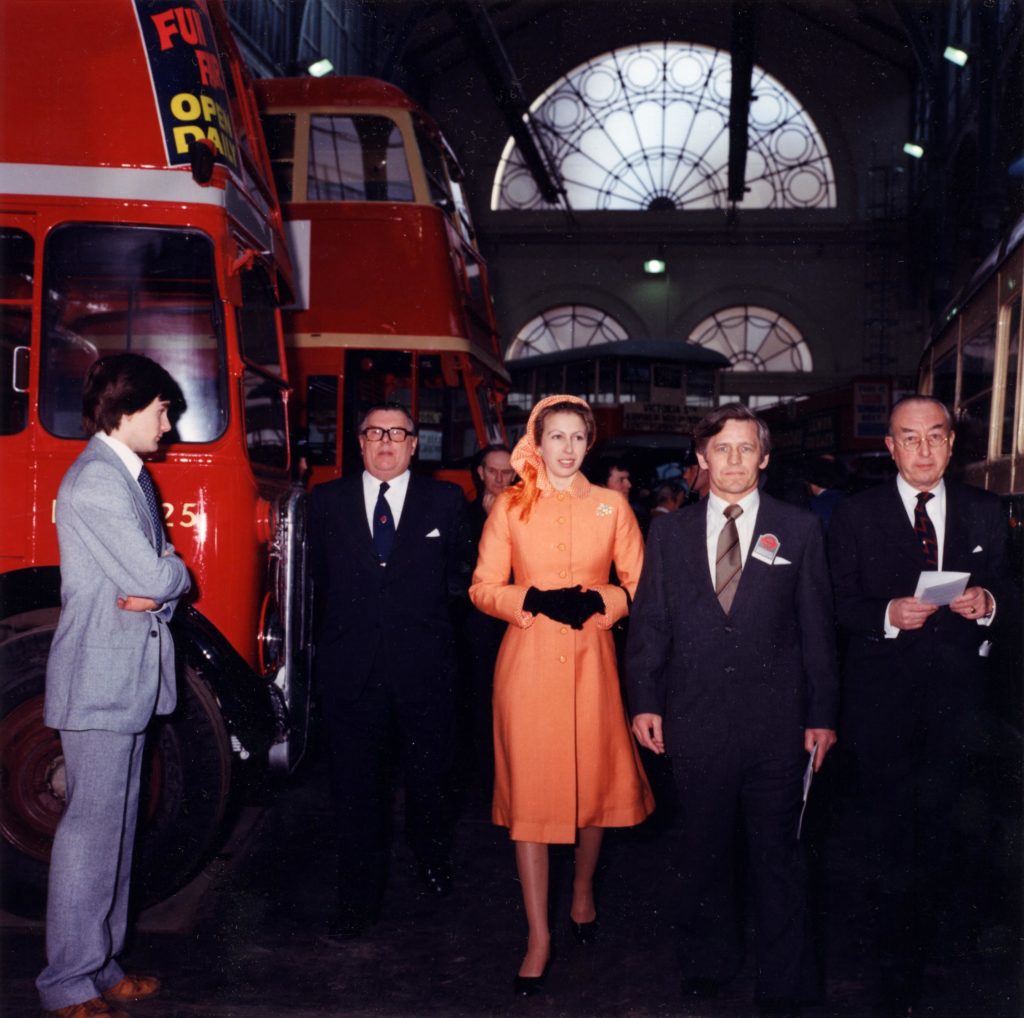 Princess Anne and London Transport officials at the Royal Opening on March 28 1980. Photo by Paul Proctor

London Transport Museum’s charitable work reaches well beyond Covent Garden through educational programmes such as Enjoyment to Employment inspiring young people to consider a career in engineering and transport, and heritage events like the Hidden London programme of tours of disused stations across the Capital.

London Transport Museum is celebrating its 40th anniversary with a whole weekend of birthday fun, starting with a free Museum Late on Friday March 27.

London Transport Museum explores the story of London and its transport system over the last 200 years, highlighting the powerful link between transport and the growth of modern London, culture and society since 1800. We care for over 450,000 items - preserving, researching and acquiring objects to use in our…