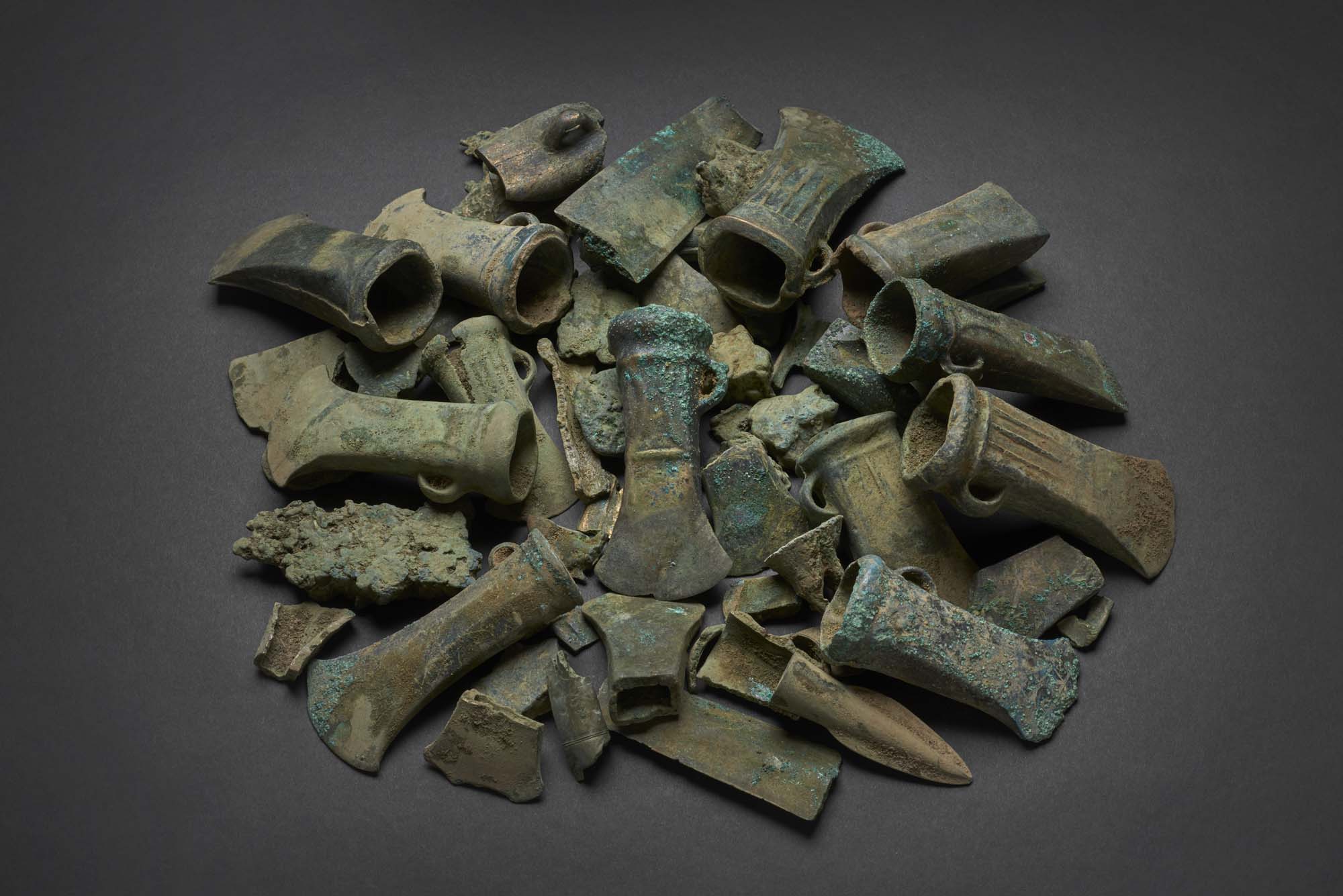 A selection of objects from the Havering Hoard. Courtesy Museum of London.

A total of 453 bronze objects dating between c.900 and c.800 BC were uncovered in the Havering Hoard. Found during a planned archaeological investigation in the East London borough, the Bronze Age hoard is the largest ever to be discovered in London and the third largest of its kind in the UK.

And as well boasting a highly impressive cluster of that emblem of the later Bronze Age – the socketed axe – the hoard yielded an array of other tools and weapons, including fragments of swords, daggers and knives alongside some other unusual objects, which are rarely found in the UK.

Having been preserved by experts, the hugely significant find is due to go on display to the public for the first time in April 2020 at Museum of London Docklands as the focal point of an exhibition exploring some of the questions the hoard poses. 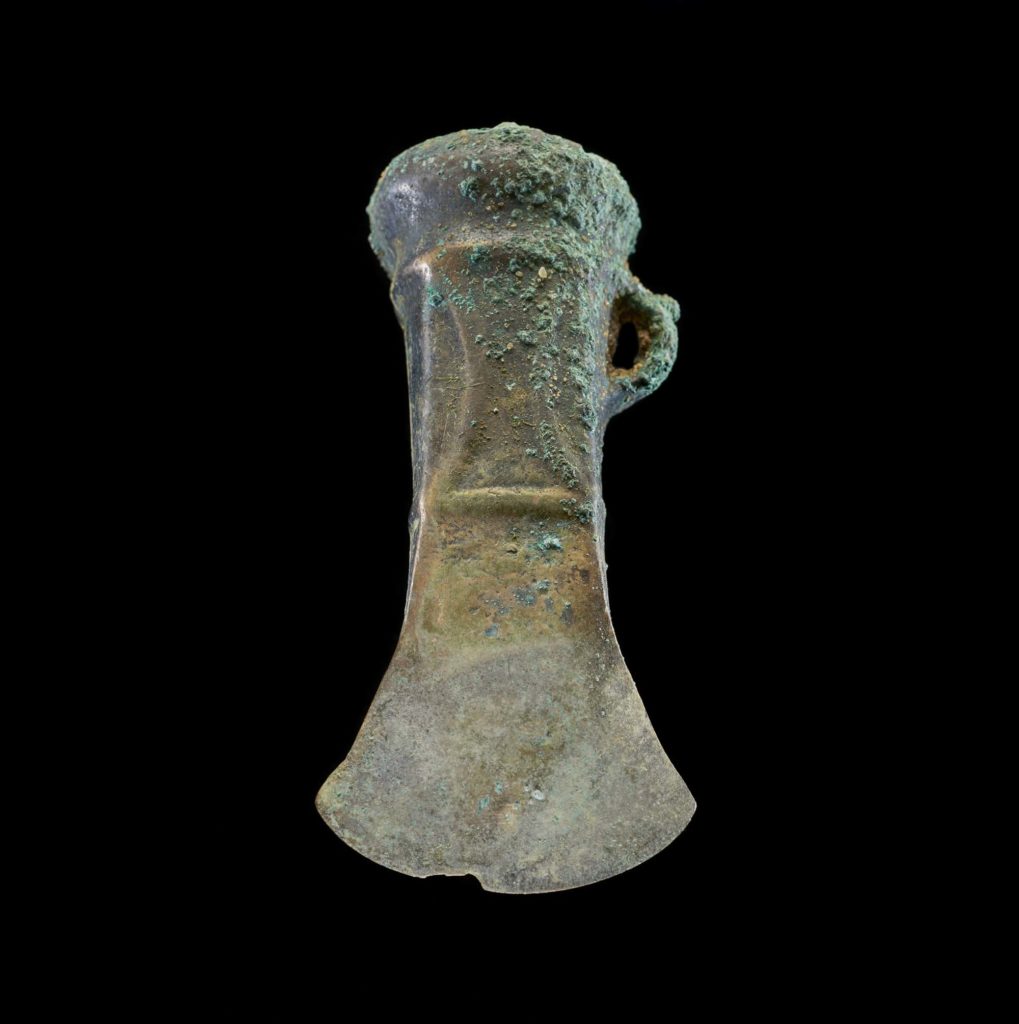 A Brone Age axe head from the Havering Hoard. 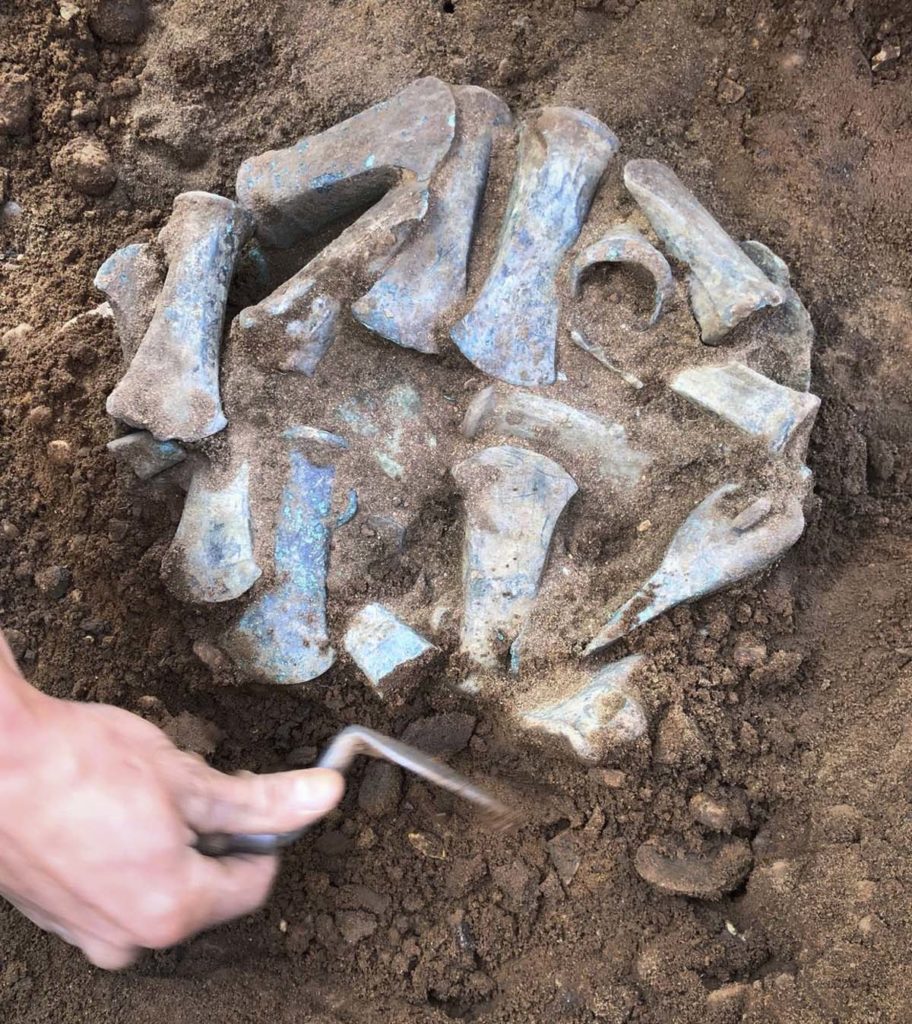 Excavation of the Havering Hoard. Courtesy Museum of London

Almost all the weapons appear to be partially broken or damaged; raising questions as to why these objects ended up being carefully buried in groups close together. The deliberate placement may suggest a specialist metalworker operated in the area and this large scale deposit of bronze may represent an accumulation of material akin to a vault or exchange.

The treasure may also have been a religious offering, but there are other theories to consider such as a stash of bronze for recycling, or the control of access to the material, or perhaps its presence is evidence of Bronze Age tools losing their value in the face of the emergence of iron technology?

Further conservation and analysis of the artefacts is currently underway to reveal more insights into the incredible find, which was closely monitored by Historic England, assisted by the Portable Antiquities Scheme.

Andrew Peachey, Specialist in Prehistoric and Roman Pottery at Archaeological Solutions, who were the lead contractor working on the dig, said the setting of the dig was particularly significant.

“The excavation has been an unprecedented opportunity and experience for our team to be able to excavate these intricate bronze hoards in such a valuable context,” he said. “The setting of many hoards is often unclear, but these were deliberately placed and aligned within a late Bronze Age enclosure so that we could excavate them in their entirety.

“The location of the enclosure and hoards, overlooking the river Thames, made for a dramatic setting, especially as the sun rose and set, highlighting that in prehistory this would have been a special location.

“We look forward to further specialist analysis of the finds and working with the Museum of London on an exhibition to bring new life to old bronzes.” 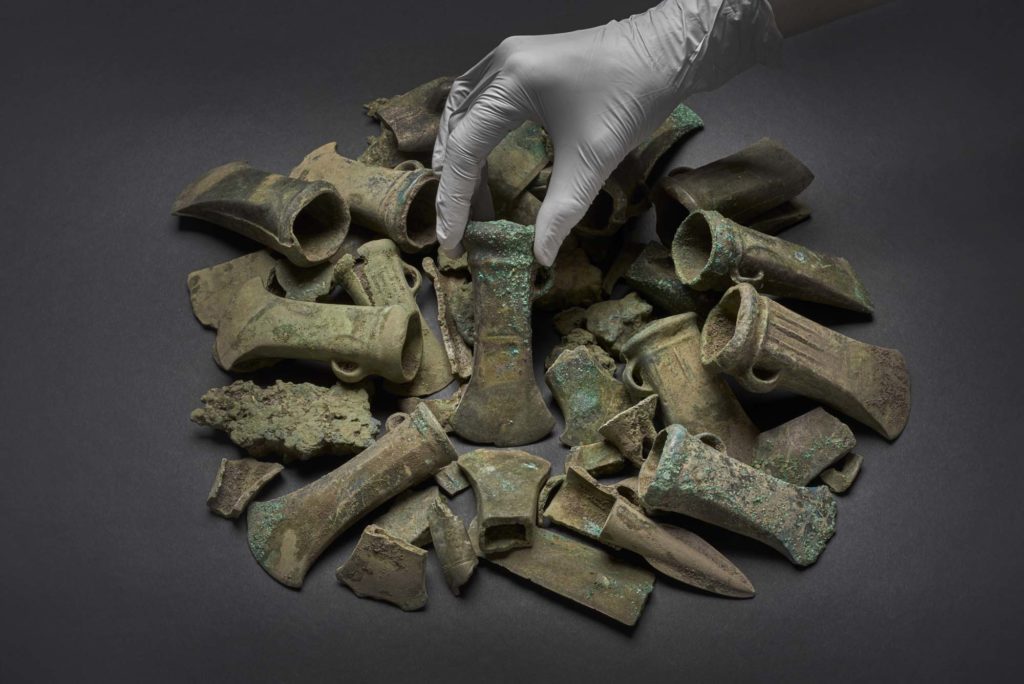 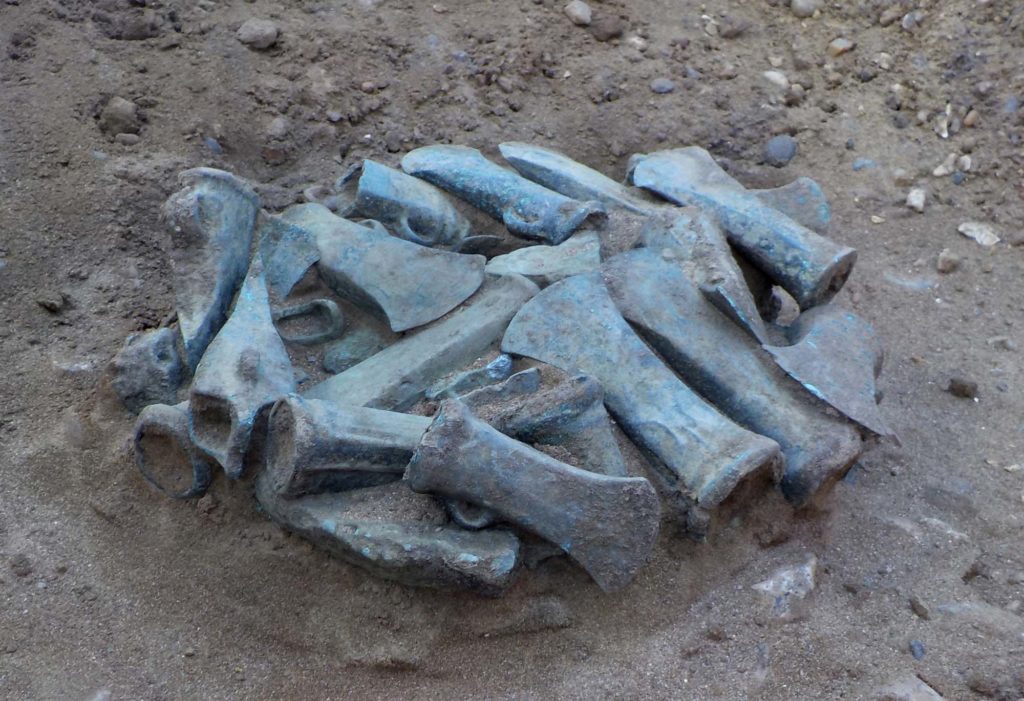 Developers Ingrebourne Valley Ltd worked closely with the PAS, Historic England and Havering Museum to ensure the find was properly assessed and excavated. The local museum will be displaying artefacts from the incredible Bronze Age hoard following the major exhibition at the Museum of London Docklands.

Havering Hoard: A Bronze Age Mystery is at the Museum of London Docklands from Friday April 3 – Sunday October 25 2020. Admission is Free.