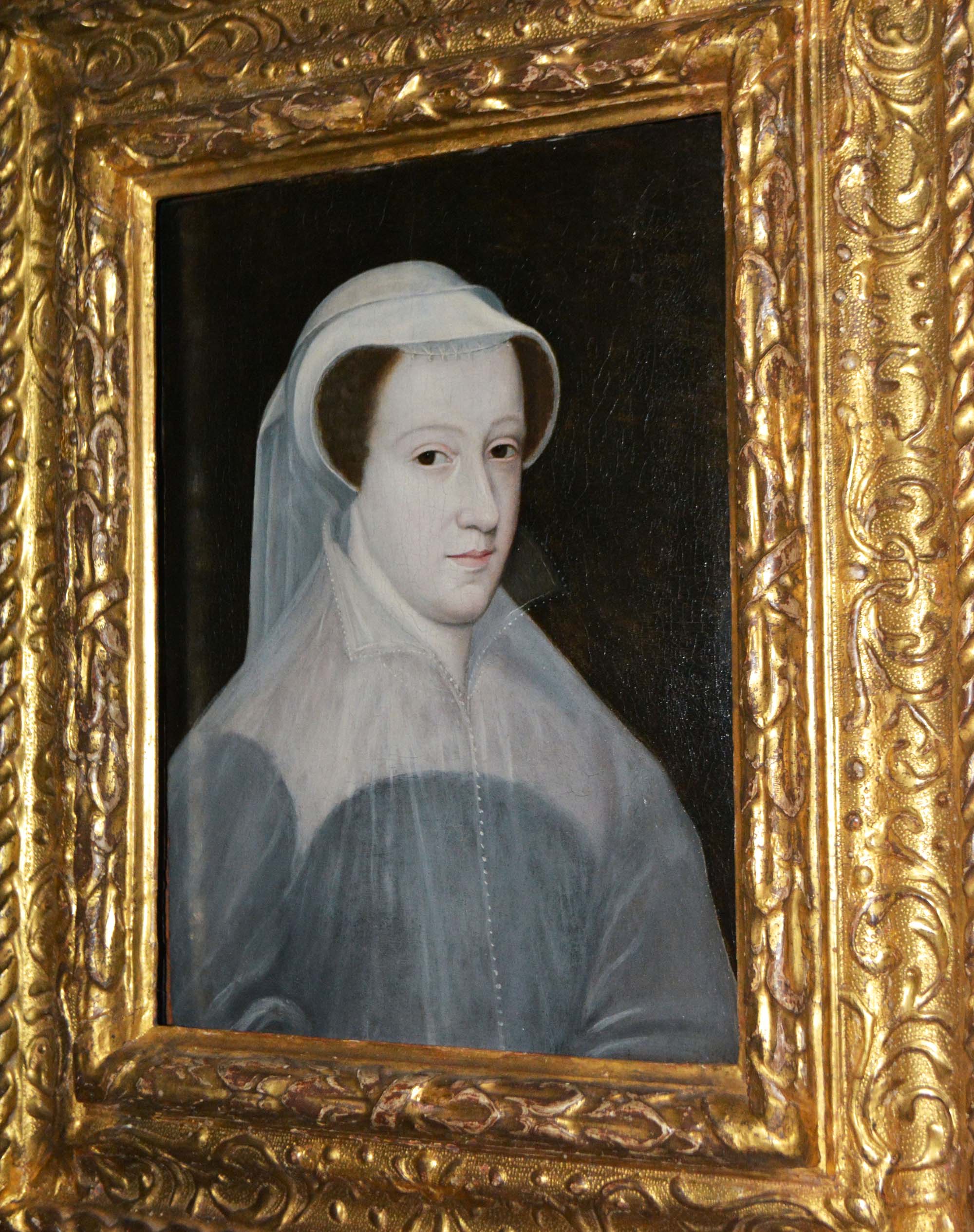 As Tudor portraits go, Hever Castle’s latest addition to its highly impressive gallery of nobles and royals of the period can lay claim to being relatively unvarnished by political contrivances.

But unlike most portrayals of the ill-fated Scottish queen, which tend to romanticise Mary’s image and play on her role as a Catholic martyr, the Castle’s newly acquired portrait is noticeably free of later political machinations.

It affords a view of Mary, not as a politically ambitious threat to the English throne, but as a young woman who had experienced loss – a theme which would soon, tragically and brutally, repeat itself.

Mary’s execution, which was ordered by Elizabeth I after much prevarication, finally took place at Fotheringhay Castle in Northamptonshire on February 8 1587. 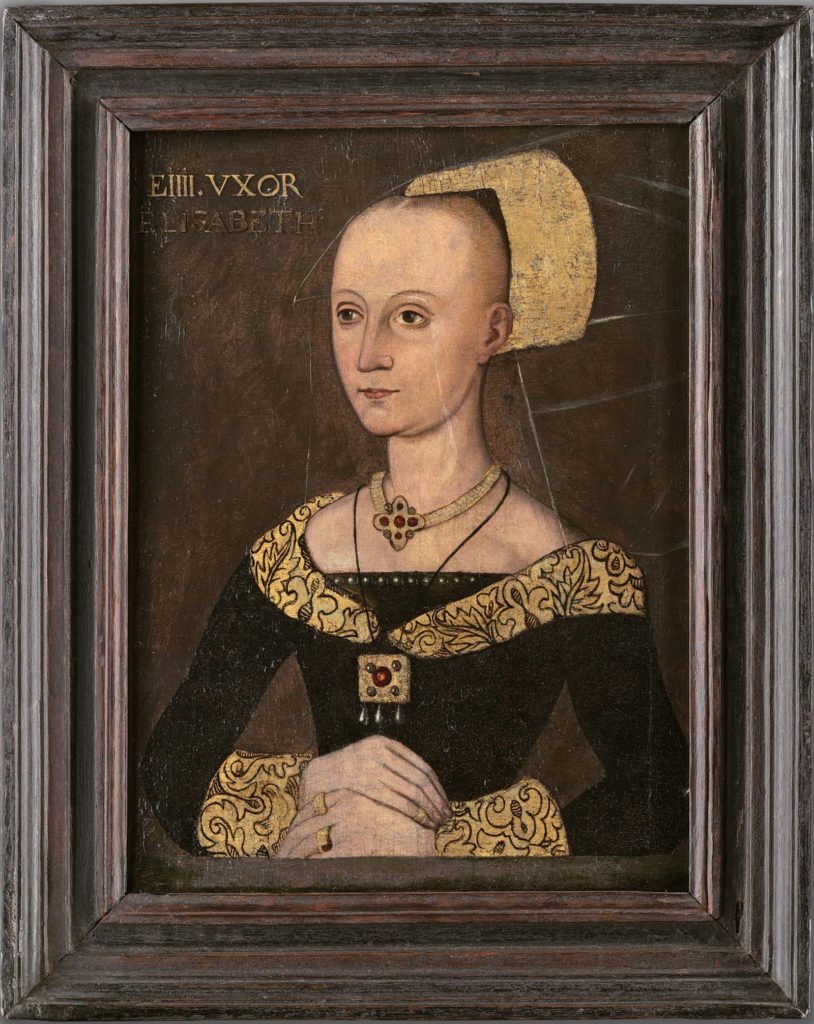 Elizabeth Woodville , English School, c.1540-70. Elizabeth was Queen consort of England as the spouse of King Edward IV from 1464 until his death in 1483. She later retired to a nunnery as the power and influence of Lady Margaret Beaufort, mother of Henry VII, increased at court. © Hever Castle & Gardens 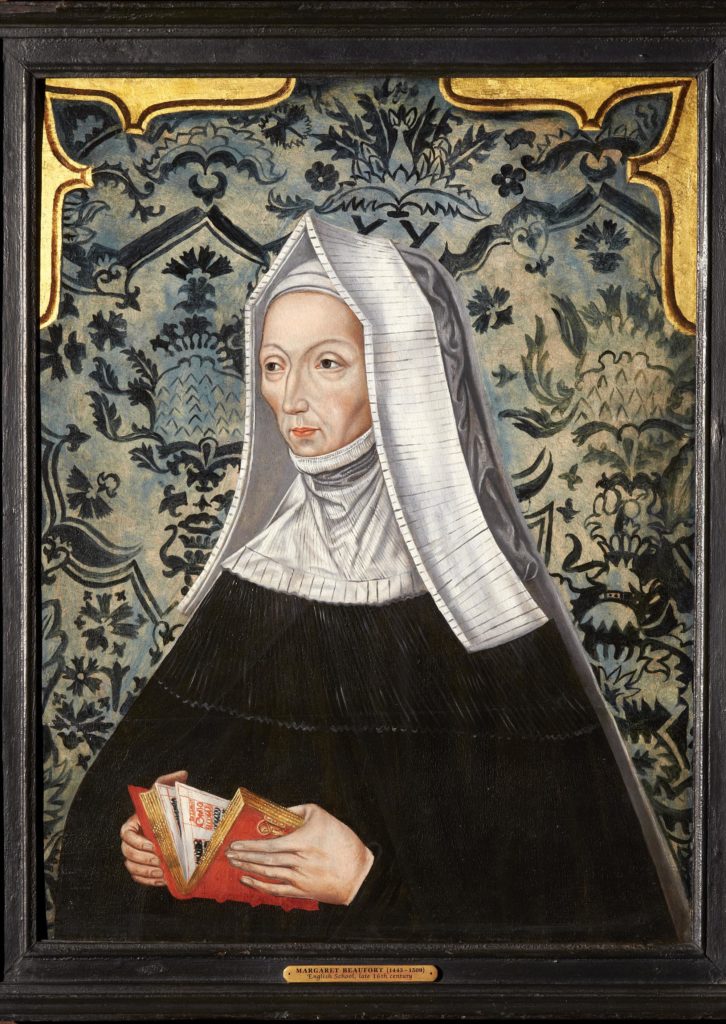 Margaret Beaufort. (1443 – 1509) English School, late 16th century. A key figure in the Wars of the Roses and an influential matriarch of the House of Tudor, she is credited as securing the reign of her son, Henry VII, and her own position at his court. © Hever Castle & Gardens 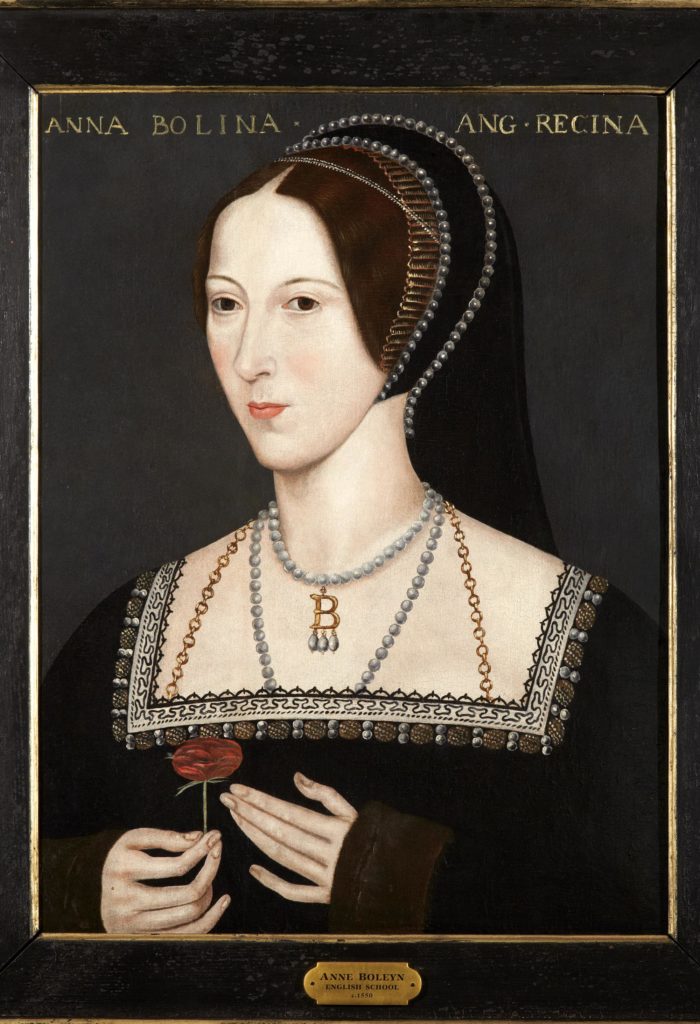 As the grand-daughter of Henry VIII’s elder sister Margaret Tudor, Mary had a strong claim to the English throne, which was, until the death of her first husband François II, in 1560, supported by the French. But following François’ death Mary’s position at court quickly waned and she returned to Scotland in 1561, where she held the title of Queen of Scotland.

Unfortunately for her, Mary’s reign in Edinburgh was marked by a series of disastrous romantic liaisons. In 1565 she married her cousin, Lord Darnley, but the union was unhappy, and in 1567 he was murdered.

Only weeks later, Mary married James Hepburn, 4th Earl of Bothwell, who was widely suspected of complicity in Darnley’s murder. Mary was soon the subject of a rebellion and forced to abdicate in favour of her son James VI (of Scotland), who was just one year old, and a regency was established under Lord Moray.

Mary fled to England, seeking the protection of her cousin, Elizabeth I, whom she believed would help regain her throne but her presence raised English suspicions, not least because of her Catholic faith and previous pretensions to Elizabeth’s throne, and she was placed under house arrest for 19 years.

In the 1580’s, she was implicated in two plots, apparently encouraging the assassination of Elizabeth I and her own accession with Spanish help, all of which led to her eventual death on the scaffold.

The painting of the ill-fated monarch was acquired from a private collection in France and is believed to come from the studio of François Clouet (c.1510 –1572), a French Renaissance miniaturist and painter particularly known for his detailed portraits of the French ruling family. 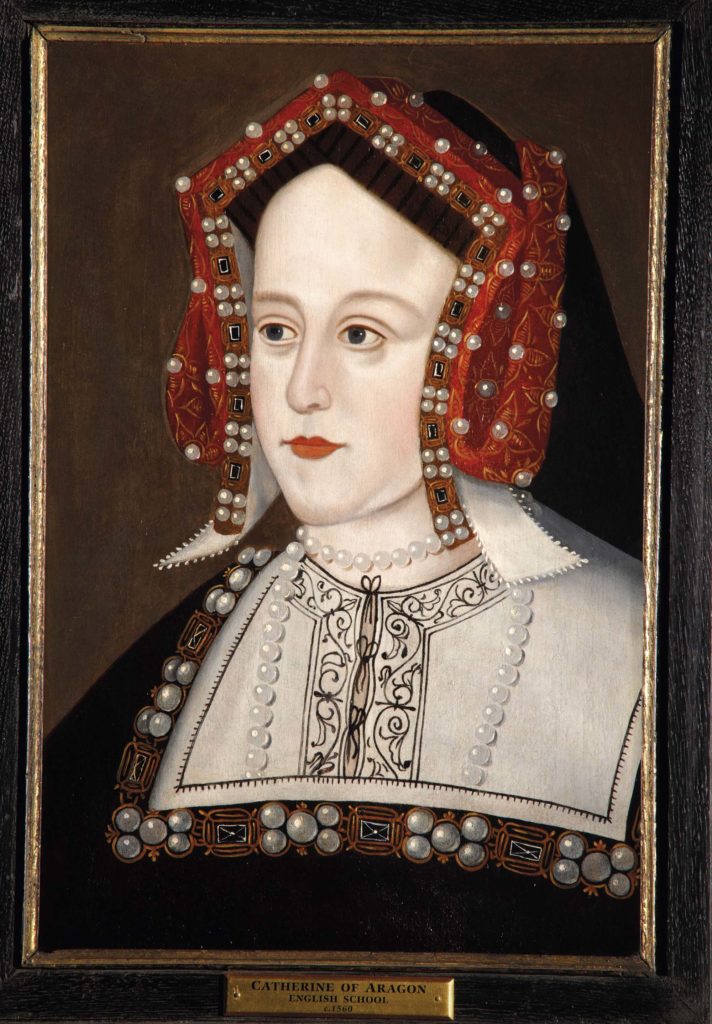 Catherine of Aragon. English School, c.1560. Queen of England from June 1509 until May 1533 as the first wife of King Henry VIII. © Hever Castle & Gardens 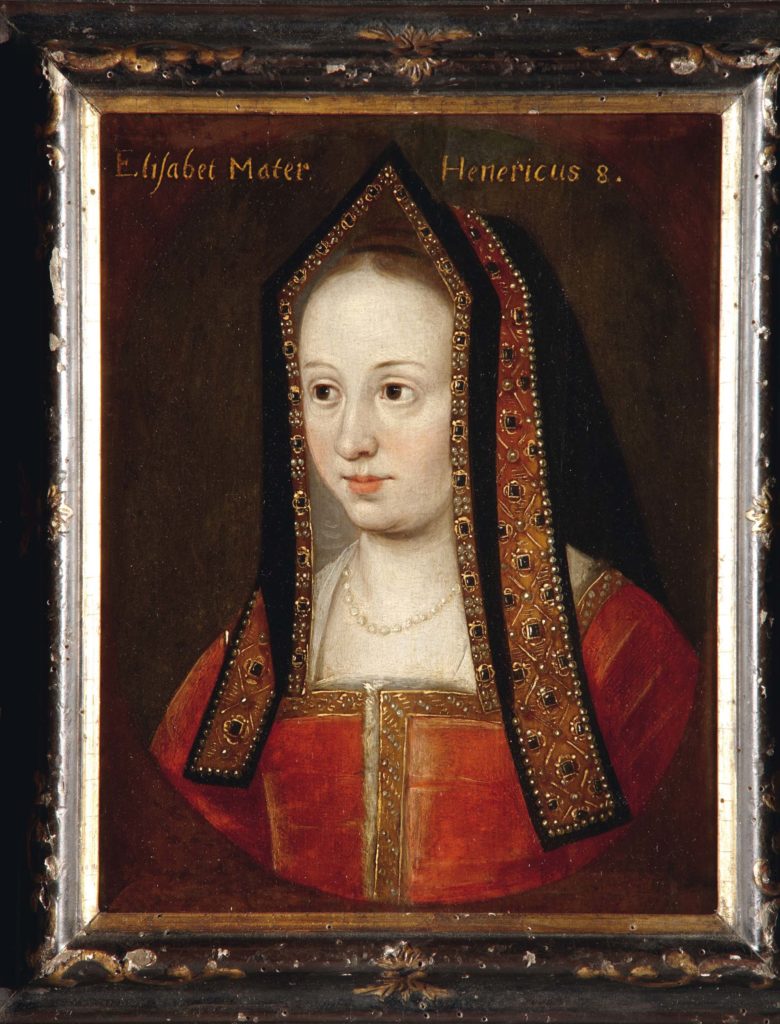 Elizabeth of York. As the wife of Henry VII, Elizabeth was the first Tudor queen. © Hever Castle & Gardens

Paintings of Mary created during her lifetime are few and far between and as there are only two portraits of Mary in mourning – the second one (in full mourning) is in the Royal Collection, the discovery of this contemporary likeness is being hailed as particularly important.

“In Scotland, which she ruled in person as queen-regnant from 1561 to 1568, there were few painters of talent,” explains Tudor Historian David Starkey.

“While in England, where she spent the rest of her life, she was a political prisoner – though in 1578 she did manage to sit for an important portrait miniature by Nicholas Hillyard, which is the basis of almost all her subsequent images.”

The Hever work shows Mary in a form of mourning known as ‘en deuil blanc’ (in white mourning), which became fashionable in Tudor times. This was a less strict form of mourning, which might have been worn at a later date following a bereavement.

It is thought that Mary wearing ‘en deuil blanc’ was occasioned by the death of three close members of her family within eighteen months: her father-in-law Henri II (July 1559), her mother Mary of Guise (June, 1560) and then her husband, François II (December 1560).

“This elegant portrait shows the 19-year-old Mary, as she was on her return to Scotland at the beginning of an extraordinary adventure which turned two kingdoms upside down and ended in her own execution at Fotheringhay 26 years later,” adds Starkey, who was commissioned to oversee the rehanging of Hever Castle’s Long Gallery in 2017.

Under his direction, the 18 original portraits were arranged to not only chronologically depict the thorny dynastic saga of the Tudors – from the Wars of the Roses to the Reformation – but also to demonstrate how such a gallery was intended as a teaching aid for young Prince Edward, later King Edward VI, (1537 – 1553). 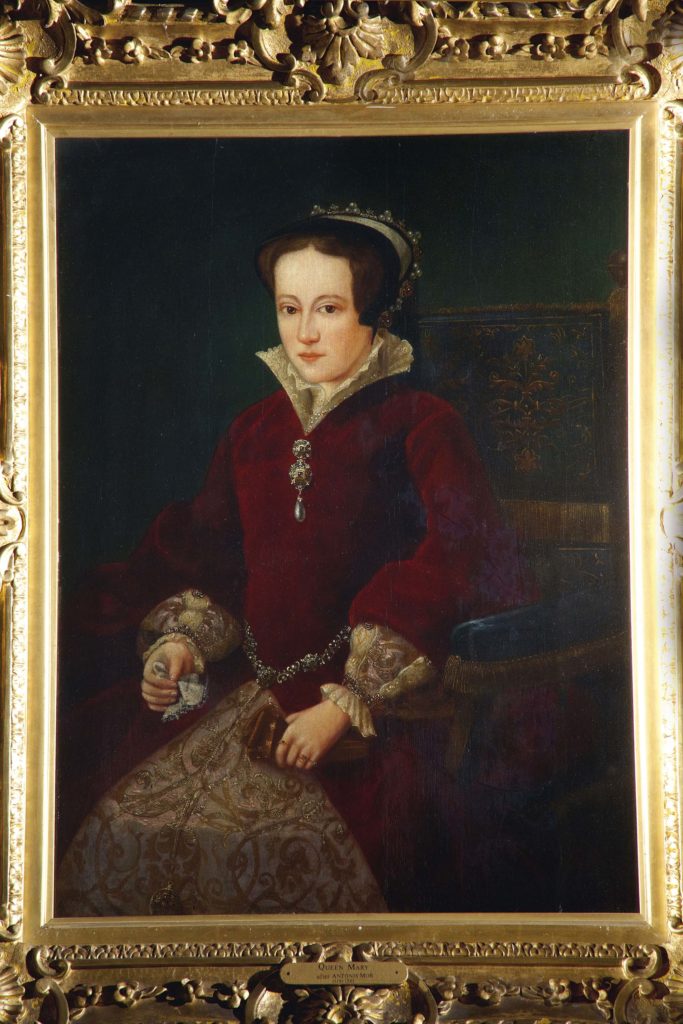 Mary I. After Antonis Mor. Henry VIII’s only child with Catherine of Aragon, Mary Tudor was the Queen from July 1553 until her death in November 1558. She is best known for her attempt to reverse the English Reformation. © Hever Castle & Gardens. 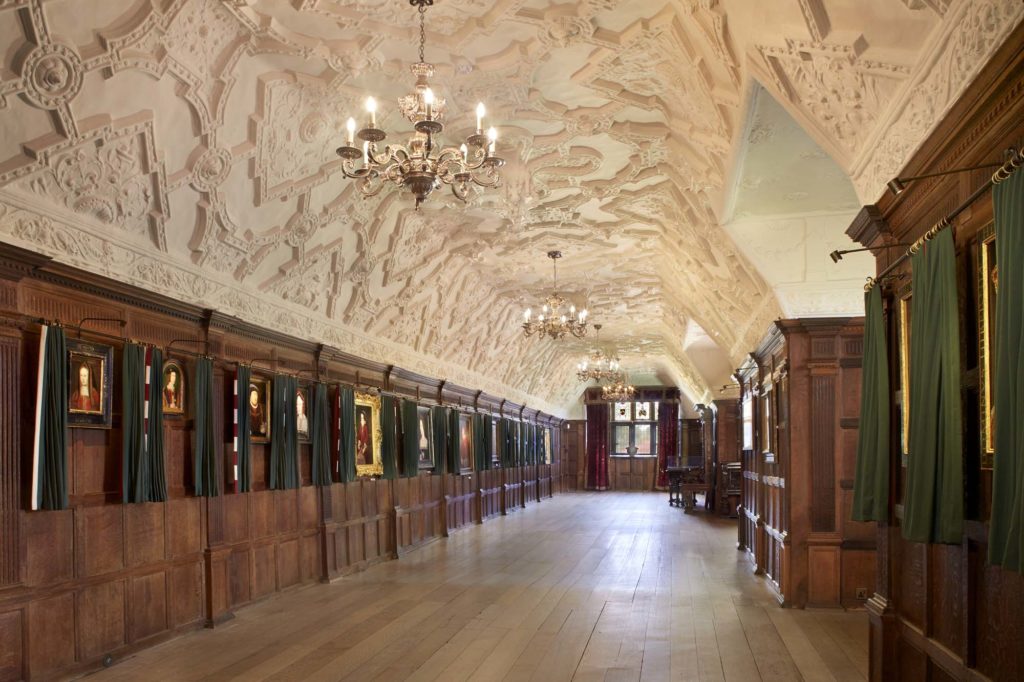 Accordingly the Mary painting joins a cast of characters that work as a kind of who’s who of Tudor royalty. Among them are some notable Tudor woman, including the first wife of King Henry VIII – Catherine of Aragon, Mary Tudor (Mary I), the mother of Henry VII – Lady Margaret Beaufort and the house’s own Anne Boleyn, who famously spent her childhood at Hever.

Hever Castle’s original medieval defensive castle with gatehouse and walled bailey was built in 1270 but in the 15th and 16th centuries the Boleyn family added the Tudor dwelling within the walls. Anne’s father, Sir Thomas Boleyn, built the Long Gallery in 1506 when his daughter was aged just six, and although the original paintings it contains today were mostly acquired during the last century, it is thought Sir Thomas’ gallery would have imitated those he saw at the Royal Court.

And a few of the Long Gallery’s Tudor men … 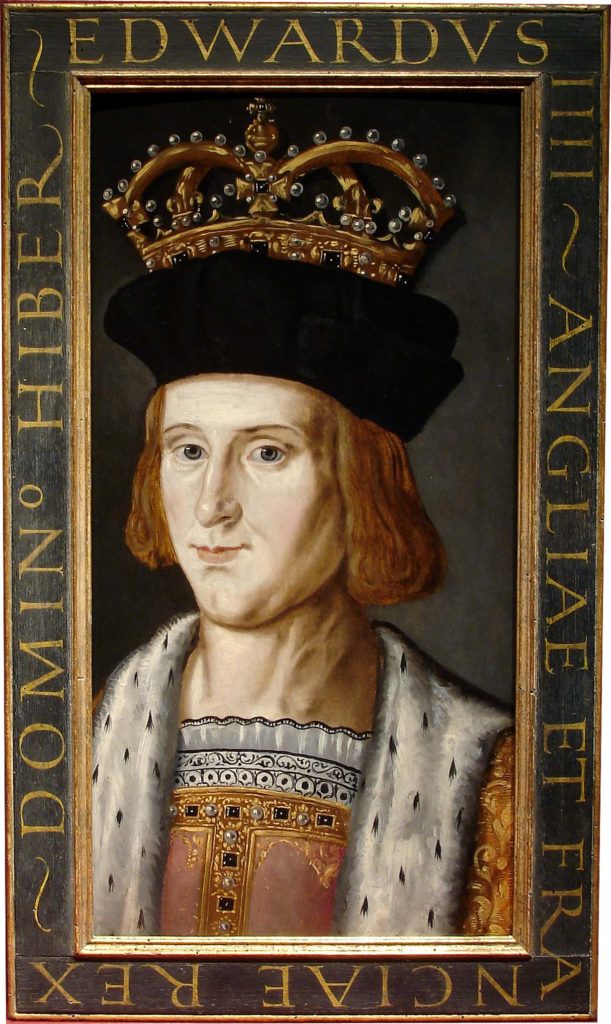 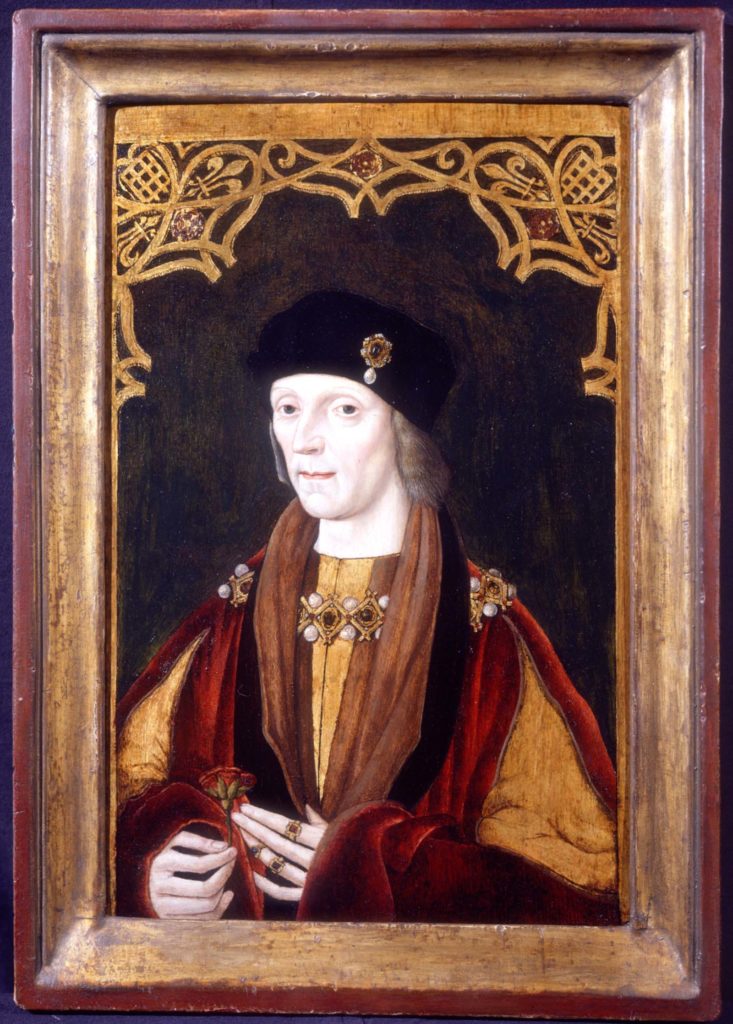 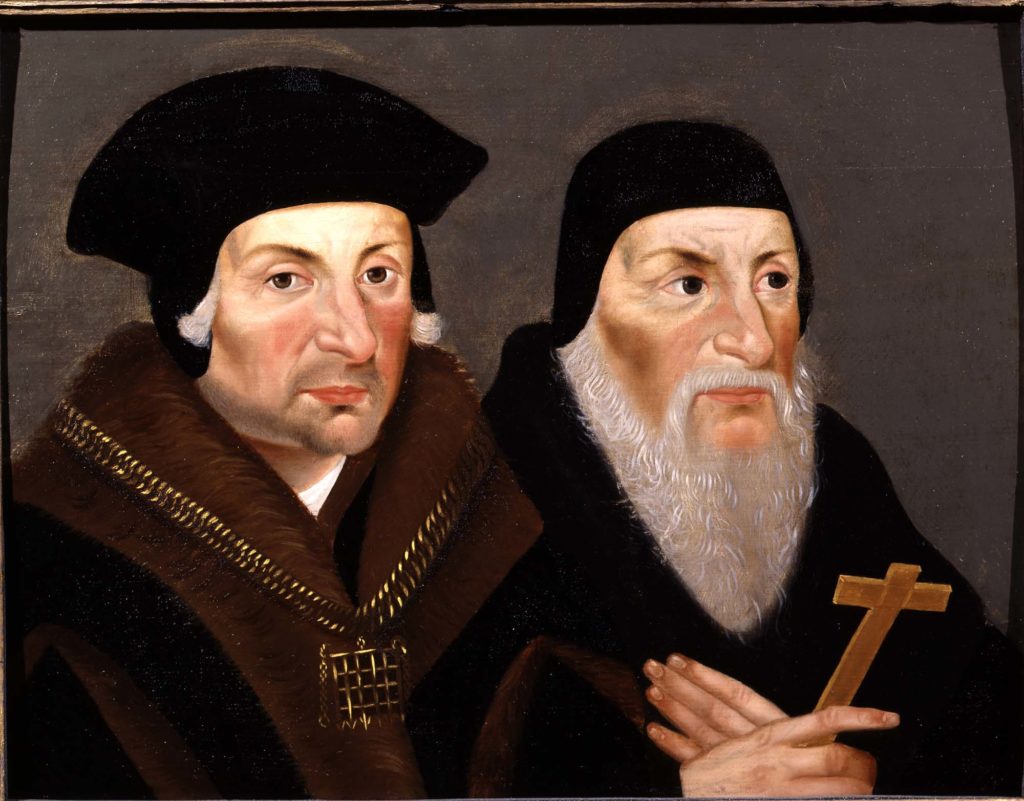 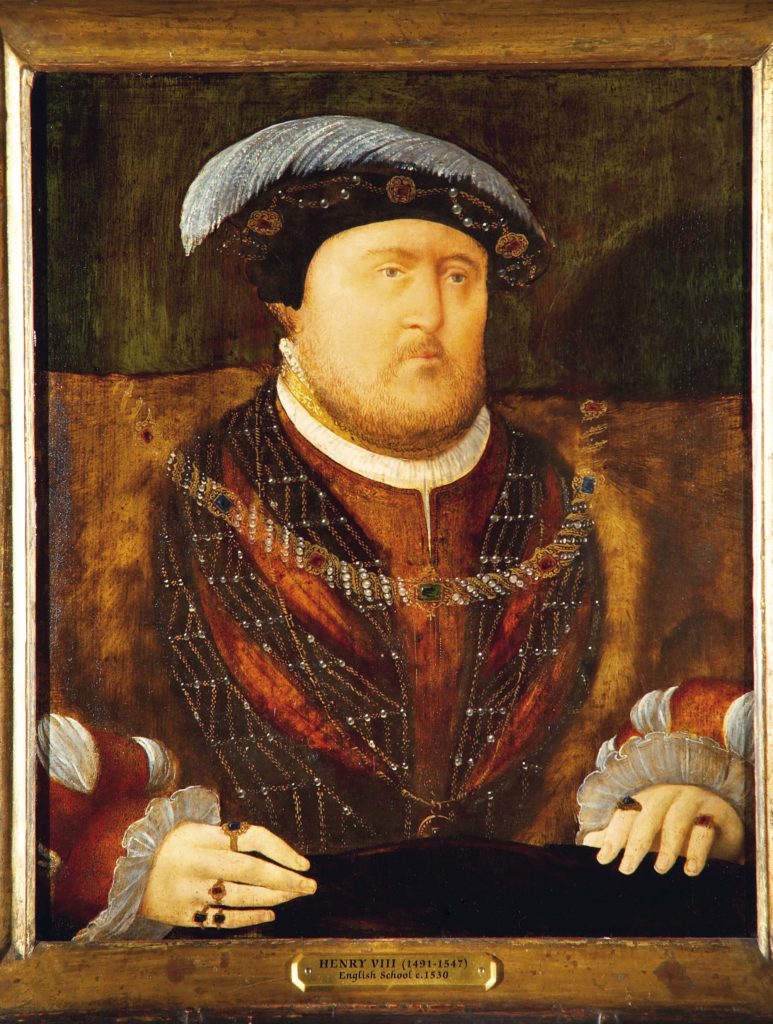 700 years of history to be discovered at this 13th century double moated romantic castle, once the childhood home of Anne Boleyn and housing an important collection of Tudor portraits, fine furniture, tapestries and artefacts. The natural and formal gardens include Italian Gardens with a magnificent collection of Italian statuary,…