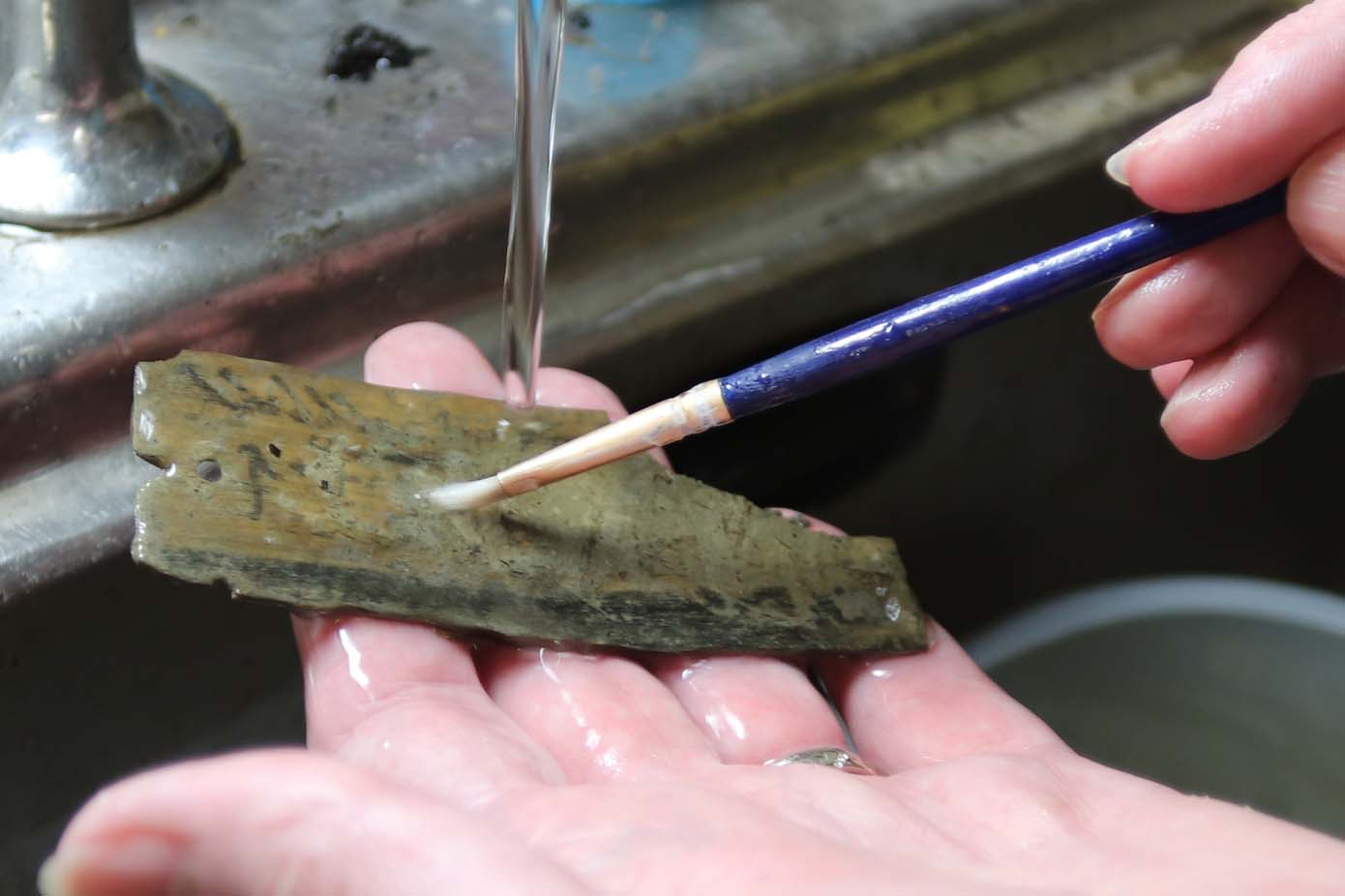 Archaeologists at Vindolanda Roman Fort on Hadrian’s Wall have discovered a new hoard of around 25 Roman ink documents, known as the Vindolanda writing tablets, as part of an extraordinary excavation season at the archaeological site.

Found during the latest dig at the former Roman Army encampment, the tablets containing letters, lists and personal correspondence were discovered lying in the damp and anaerobic earth where they had been discarded towards the end of the 1st century AD.

Almost 2000 years old, the incredibly rare and fragile wafer-thin pieces of wood – often less than 2mm in thickness and about the size of modern day postcards – were uncovered during the excavation of a small area of the site (three metres in length).

Experts believe they are likely to represent part of an archive from a specific period. 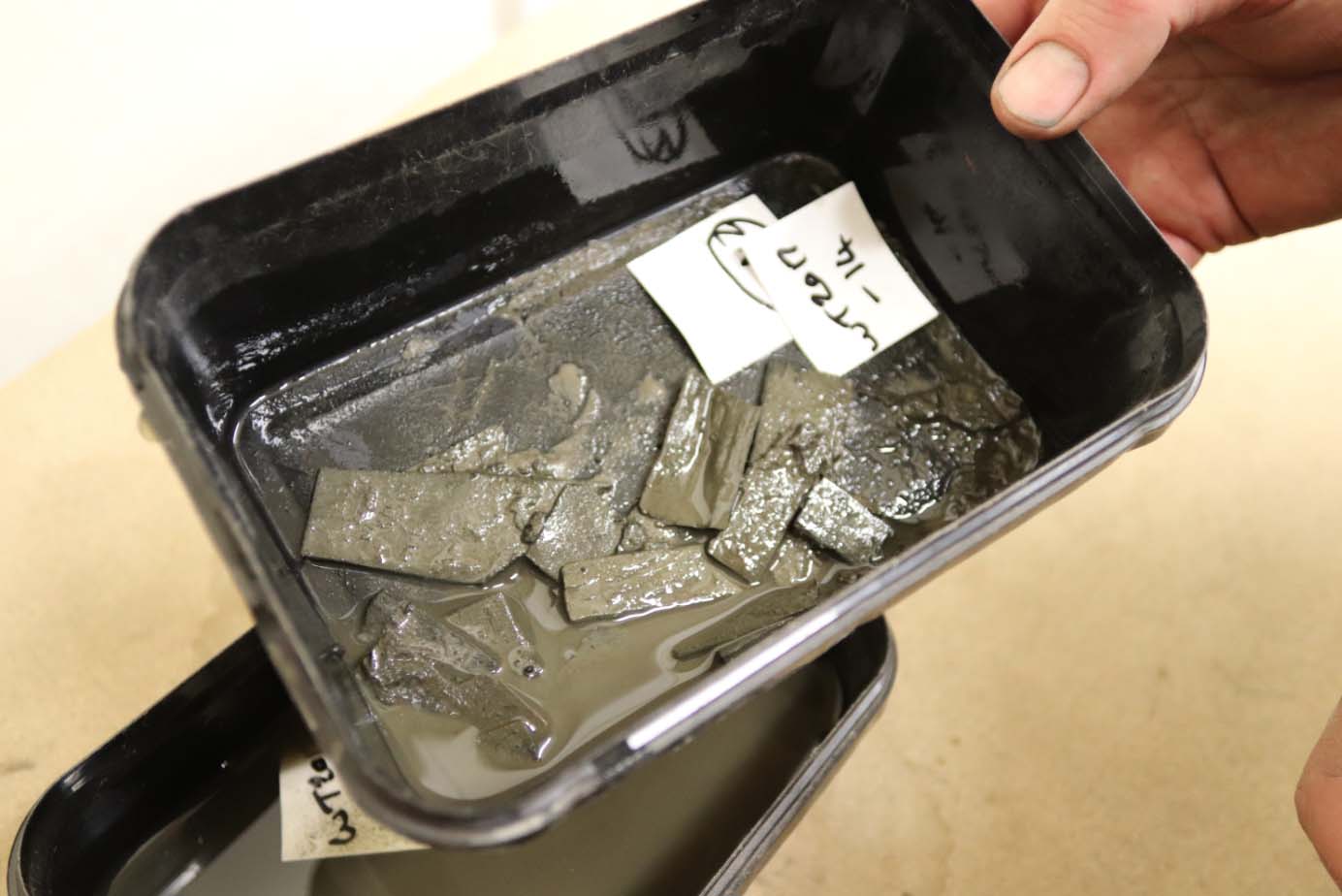 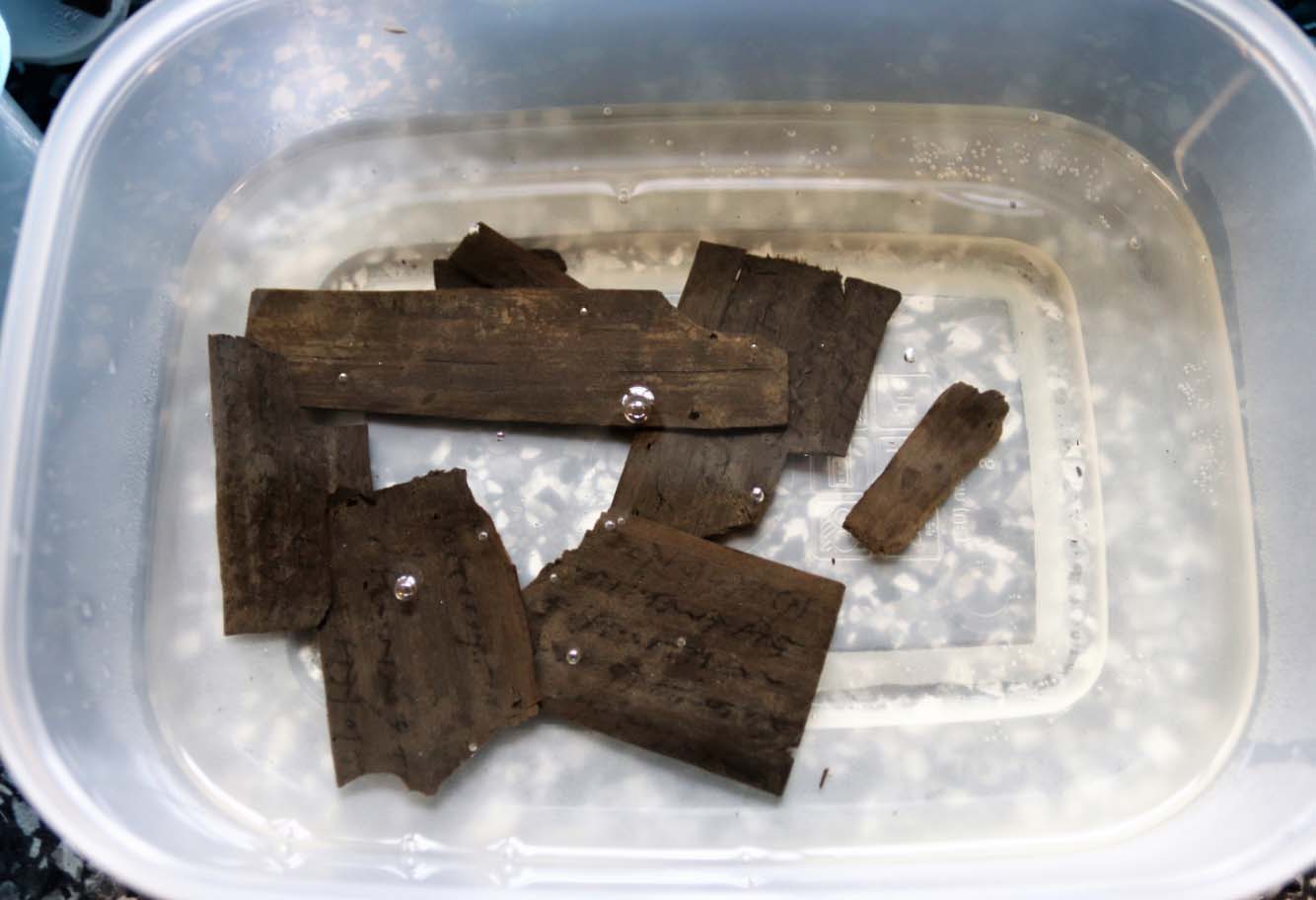 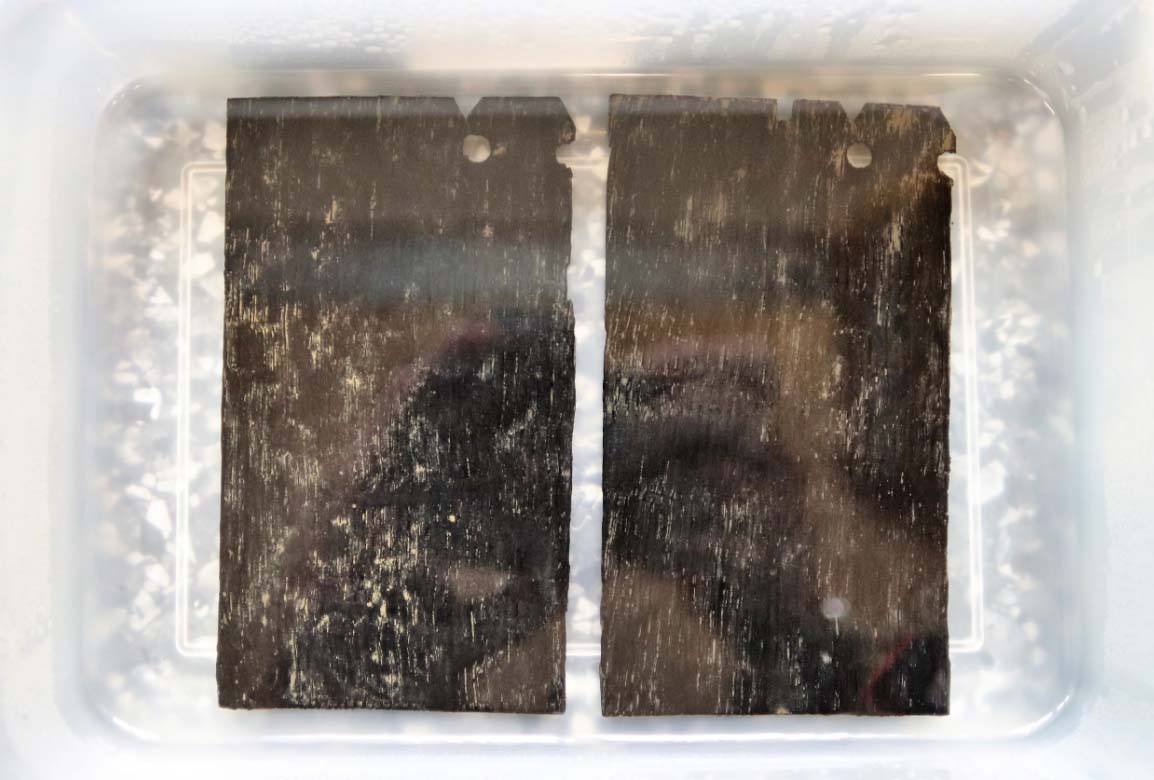 As the archaeological team carefully and painstakingly extracted the delicate pieces of wood from the earth they were delighted to see some of the letters were complete and others had partial or whole confronting pages.

The ‘confronting tablets’, where the pages are protected by the back of the adjoining pages, are being hailed as the most exceptional discoveries in the haul, as they provide the greatest chance of the ink writing being preserved.

Describing their discovery as “incredible” and “truly exceptional” Dr Andrew Birley, CEO of the Vindolanda Trust and Director of Excavations explained how the “anaerobic conditions” needed for the survival of the rare tablets are “very precise”.

“I was fortunate enough to be involved when my father, Dr Robin Birley, excavated a bonfire site of Vindolanda tablets in 1992,” he added, “and I had hoped, but never truly expected, that the day might come when we would find another hoard of such preserved documents again during a day on our excavations.

“I am sure that the archaeological staff, students and volunteers who took part on this excavation will always remember the incredible excitement as the first document was recognised in the trench and carefully lifted out.

“It was half a confronting tablet, two pages stuck together with the tell-tale tie holes and V notches at the top of the pages. The crowd of visitors who gathered at the edge of the excavation fences were also fascinated to see tablet after tablet being liberated from a deep trench several metres down.” 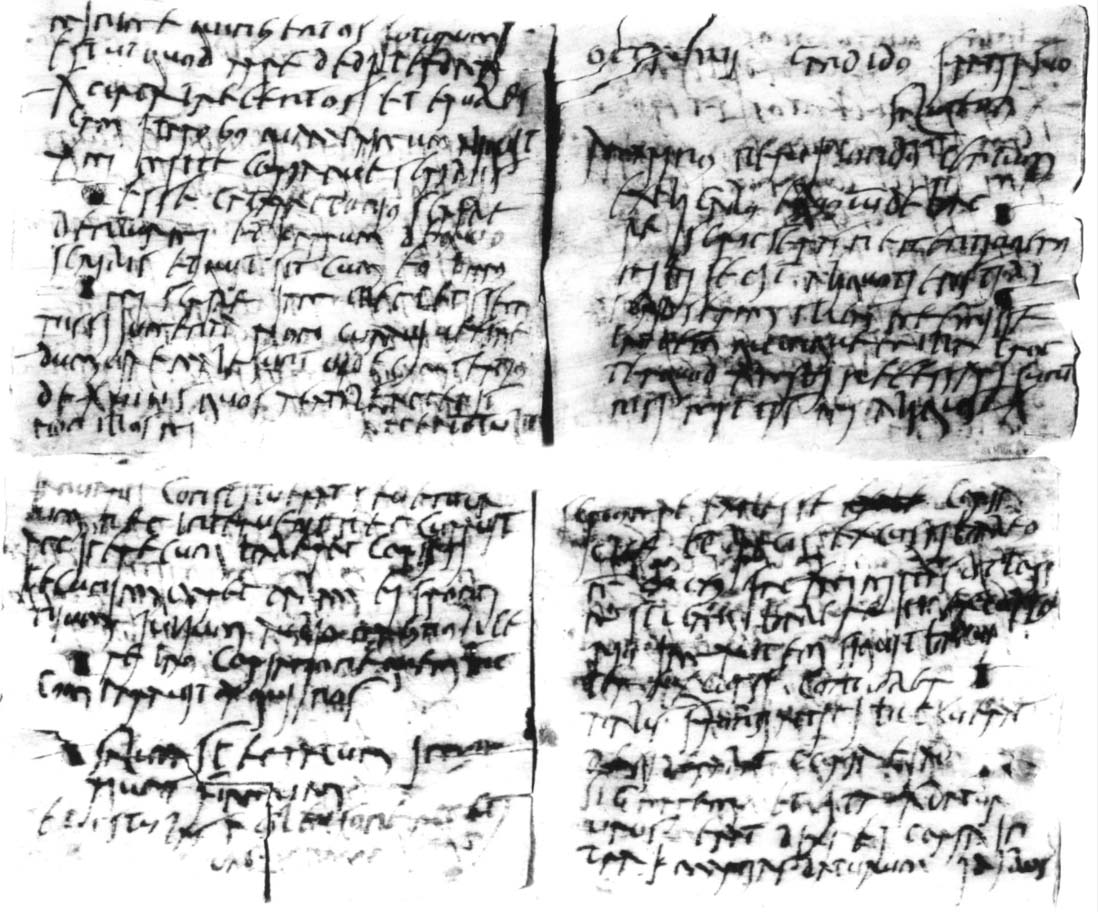 At the time of their original discovery the Vindolanda tablets were the oldest written documents from the Roman period in Britain ever discovered and they opened a fascinating window into the world of the Romans living on the Empire’s northern frontier in Britain.

Among them was one of the oldest letters surviving written by a Roman woman, Claudia Severa (wife of Aelius Brocchus, the commander of a fort near Vindolanda) inviting Sulpicia Lepidina, (wife of the Vindolanda Garrison Commander) to a birthday party.

A few names in the newly discovered texts have already be deciphered, including that of a man called Masclus who is best known via a previous letter to his Commanding Officer asking for more beer to be supplied to his outpost.

In one of the newly discovered letters the beer loving Masclus seems to have been applying for leave (commeatus). Other characters and authors of the letters may already be known thanks to the previous Vindolanda tablets, but experts now hope new names will emerge to take their places in the history of Roman Britain. 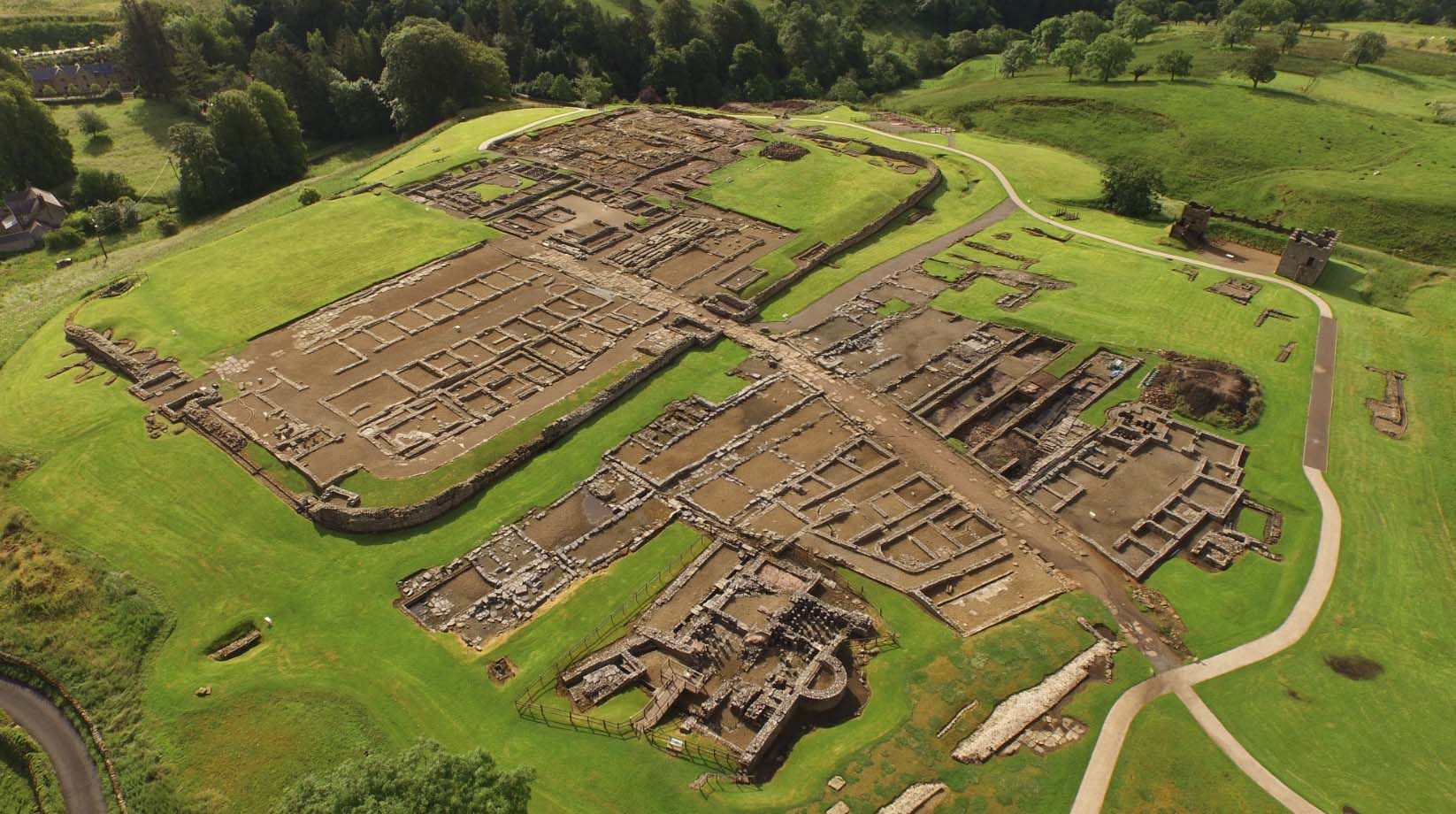 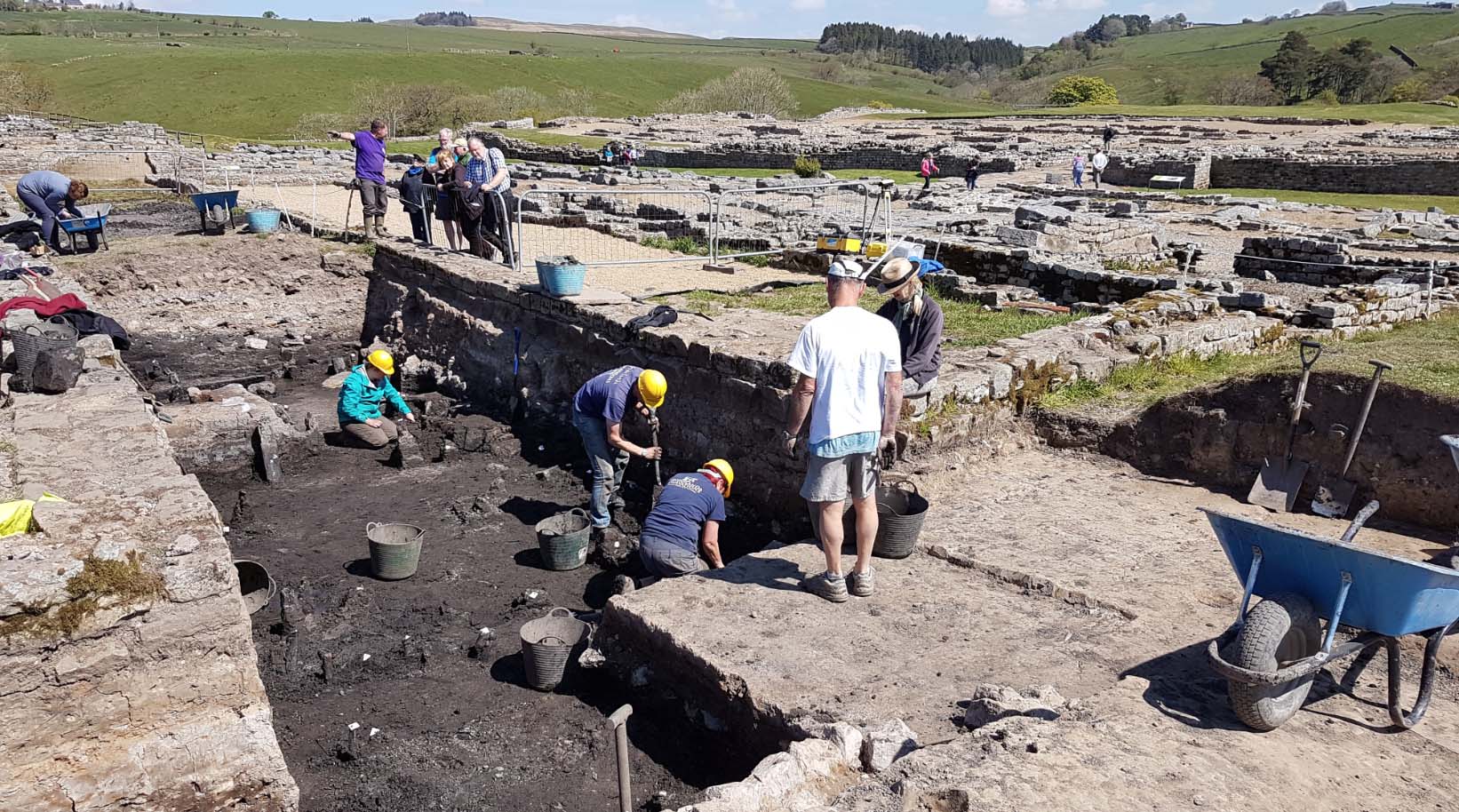 The tablets are now undergoing painstaking conservation and infrared photography so that the full extent of their text can be revealed. It is quite possible that some of the new information will transform our understanding of Vindolanda and Roman Britain and we, along with other archaeologists, Latin scholars, Roman experts and interested public alike will have to wait with baited breath for the full expert translation of the tablets to begin in earnest as they complete their conservation process.

Dr Birley’s father, Dr Robin Birley, who also made tablet discoveries at Vindolanda in 1970’s and 1980’s commented on the new discoveries noting how “some of these new tablets are so well preserved that they can be read without the usual infrared photography and before going through the long conservation process”.

“There is nothing more exciting than reading these personal messages from the distant past”. 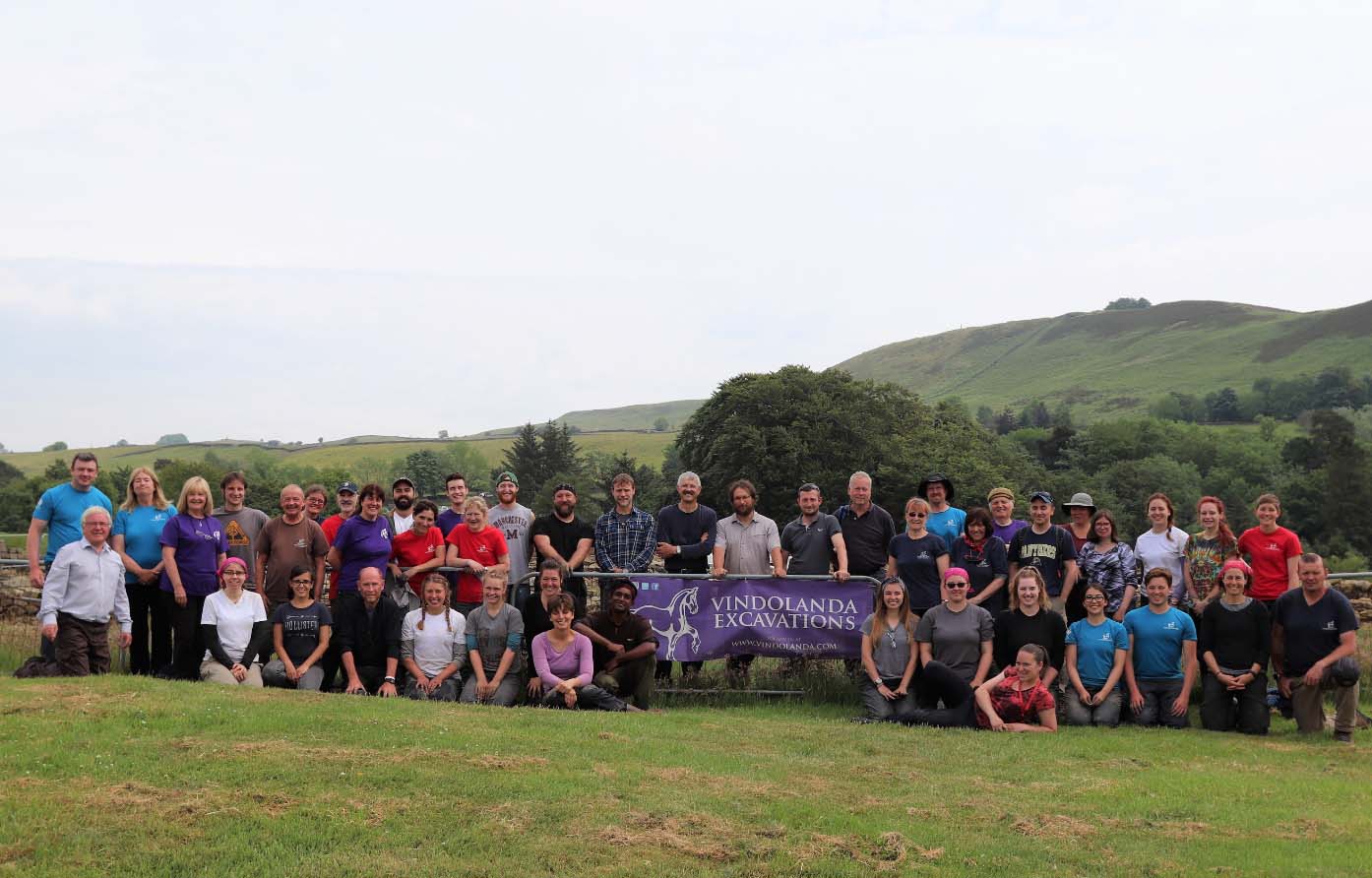 Visit Roman Vindolanda today and you will find one of the North East’s most famous and not to be missed tourist attractions lying in the beautiful landscape of Hadrian's Wall Country. Formerly a key military post on the northern frontier of Britain, Vindolanda is the home of Britain's 'Top Treasure'…