The work of four of Britain’s most celebrated photographers, each of whom have had their own peculiar love affair with the British seaside, is coming to the National Maritime Museum in Greenwich this spring for a major photography exhibition celebrating the nation’s relationship with our ‘bucket and spade’ coastal towns.

Through the work of Martin Parr, Tony Ray-Jones, David Hurn and Simon Roberts, the exhibition features over 100 works exploring our changing relationship with the seaside over the last six decades.

Twenty new works by Parr, commissioned by the museum and taken in the summer of 2017 at the thriving and diverse resorts of London’s ‘local beaches’, will be revealed for the exhibition.

Photographs from Southend-on-Sea, Shoeburyness, Leigh-on-Sea, Frinton-on-Sea, Clacton-on-Sea and Walton-on-the-Naze, bring Parr’s laconic lense to bear on scenes of archetypal ‘Britishness’ by the seaside.

Now the self-proclaimed ‘aficionado of the British seaside’ returns to his passion – in the company of three renowned photographers, past and present, who have each made the seaside their professional subject and home.

The exhibition promises to take visitors on a nostalgic journey of beach huts, deck chairs, fish ‘n’ chips and donkey rides and other classic images synonymous with a trip to the seaside, and whilst the fashions and styles of each era give tell-tale clues of the decade, the activities and traditions are amusingly consistent, reappearing throughout six decades, alongside the familiar sight of Brits determined to enjoy their day out, whatever the weather.

Tony Ray-Jones feared that England was losing its cultural identity to encroaching ‘Americanisation’, which made him turn his camera to the beaches of England. Here, he believed, the nation could relax allowing him to capture his subjects spontaneously and off-guard.

Offering the viewer both melancholic and amusing observations of the British beach experience of the late 1960s, Ray-Jones’ most famous body of work, A Day Off: An English Journal, was published posthumously, following his untimely death from leukaemia at the age of just 30.

With his wife Anna, he had travelled across the country in a camper van, making it his mission to record the English traditions that fascinated him so much and which he saw as a disappearing way of life. A highly influential photographer, Ray-Jones inspired the work of many of today’s documentary photographers, including both Martin Parr and Simon Roberts.

David Hurn’s diverse career has seen him photograph pop-culture icons, stills for major films, fashion shoots and even international conflicts, after accidentally falling into photojournalism in the 1950s. His true passion is documentary photography, an area in which he found his niche by focussing on the sublime moments in people’s everyday lives.

The resulting body of work shows both the changing and unchanging face of the English and Welsh coasts through a collection of brilliantly observed black and white photographs spanning the 1960s to today. Hurn’s ongoing work reveals his own love for the subject, with images of different generations and cultures brought together through the laughter, tenderness and absurdity associated with the British seaside experience. 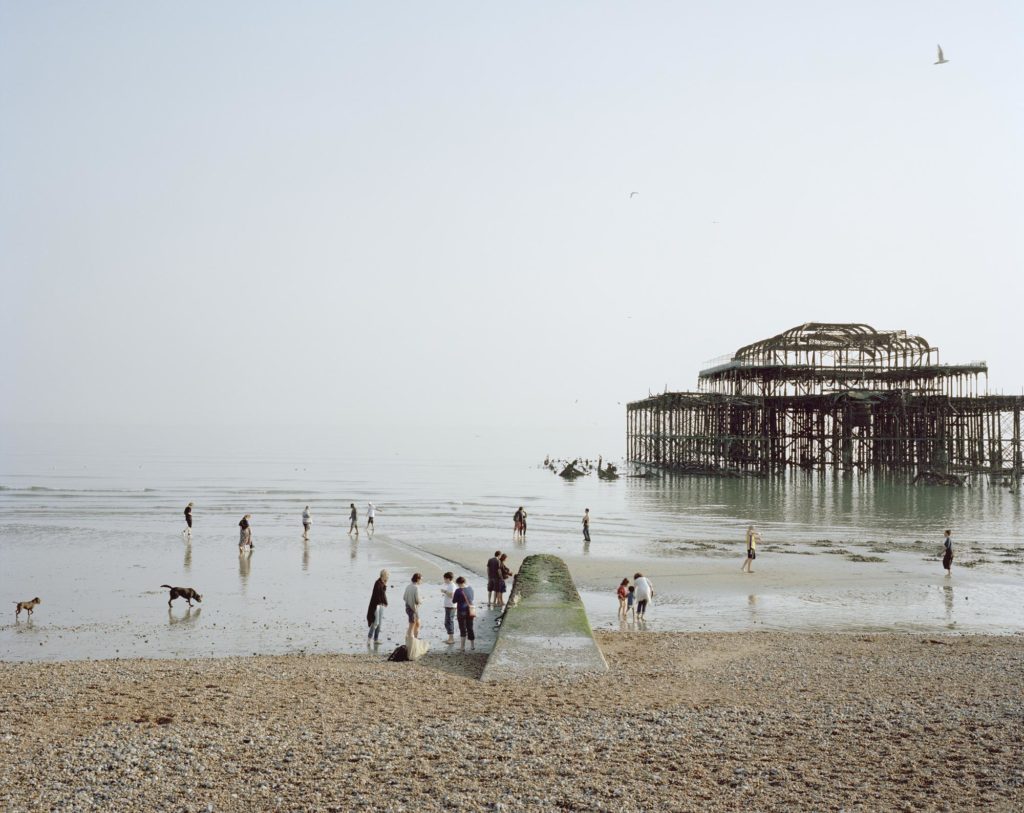 Simon Roberts has spent the past decade capturing the British landscape through photographs that explore the relationship between people and place, including a catalogue of seaside photography.

Like Tony Ray-Jones before him, Roberts travelled around the country in a motor home with his wife and child recording pastimes on Britain’s coast for his series We English (2007–08). His series Pierdom (2010–13) emulated the 19th-century photographer Francis Frith by documenting the last remaining British pleasure piers using a large-format field camera.

Images from both collections, along with photographs from his most recent book, Merrie Albion (2007-2017), show our changing relationship with the seaside, both socially and economically, and how the beach can be occupied by multiple private groups who use the same space in completely separate ways. 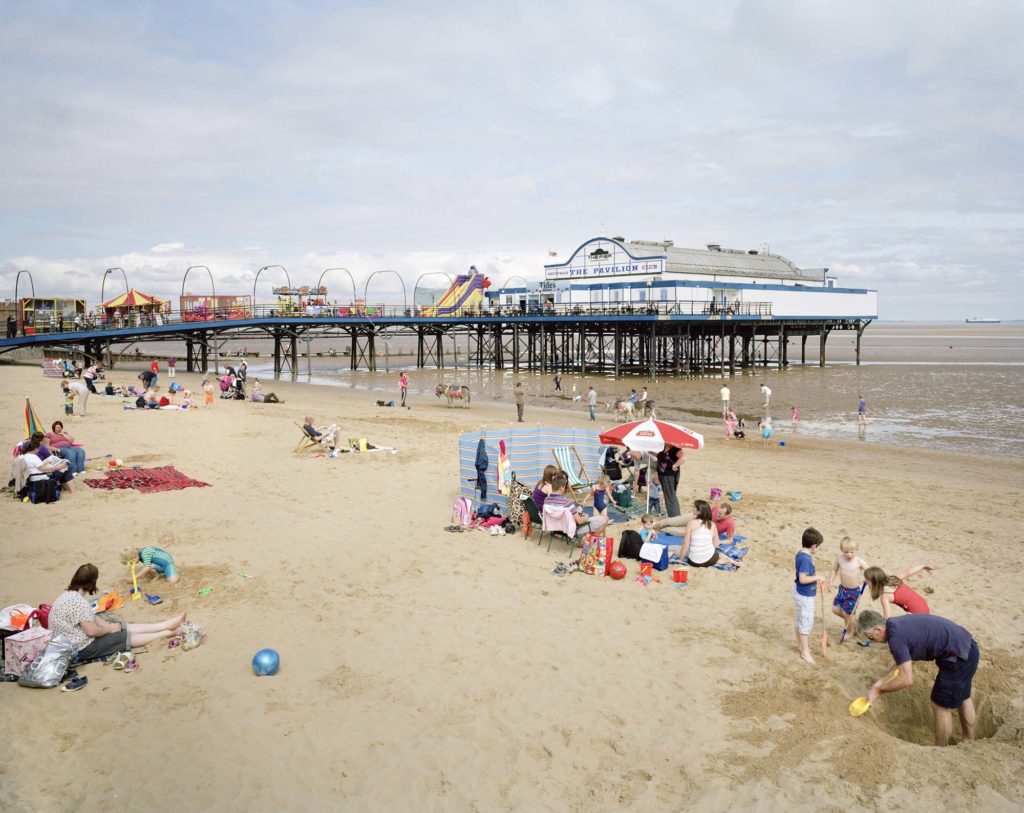 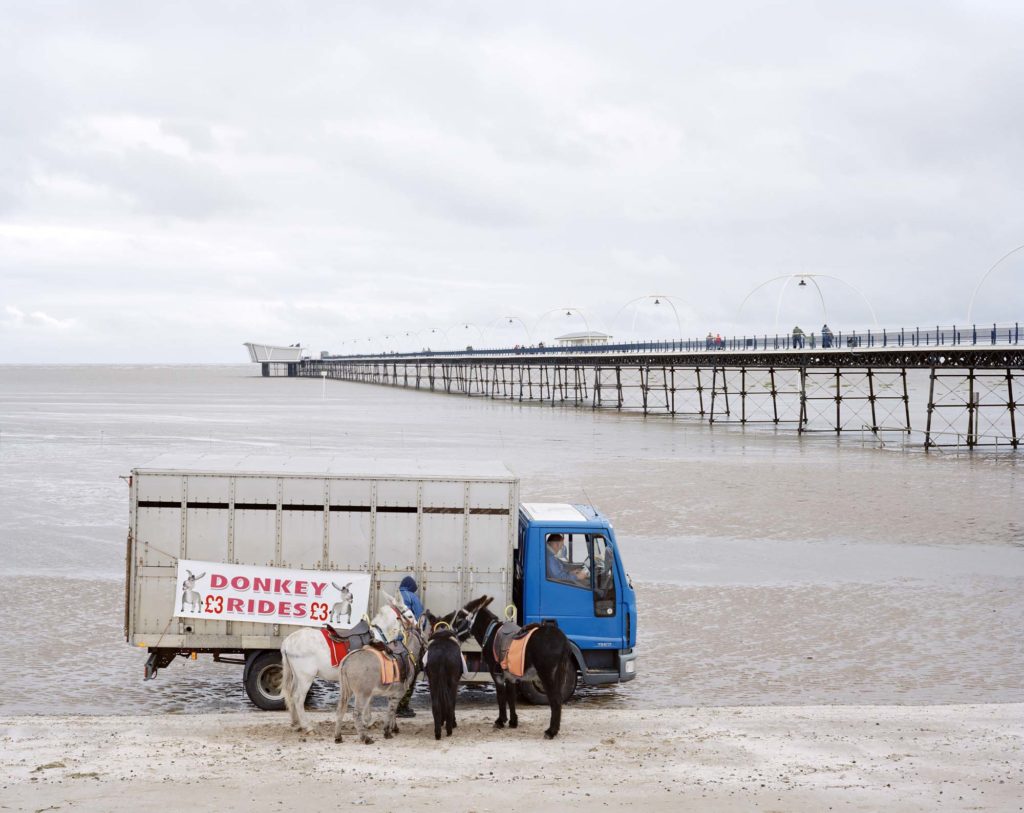 The Great British Seaside: Photography from the 1960s to the present is at the National Maritime Museum from March 23 – September 30 2018.For more information see www.rmg.co.uk/see-do/great-british-seaside

The National Maritime Museum is the world’s largest maritime museum with 10 free galleries and a vast collection that spans artworks, maps and charts, memorabilia and thousands of other objects.