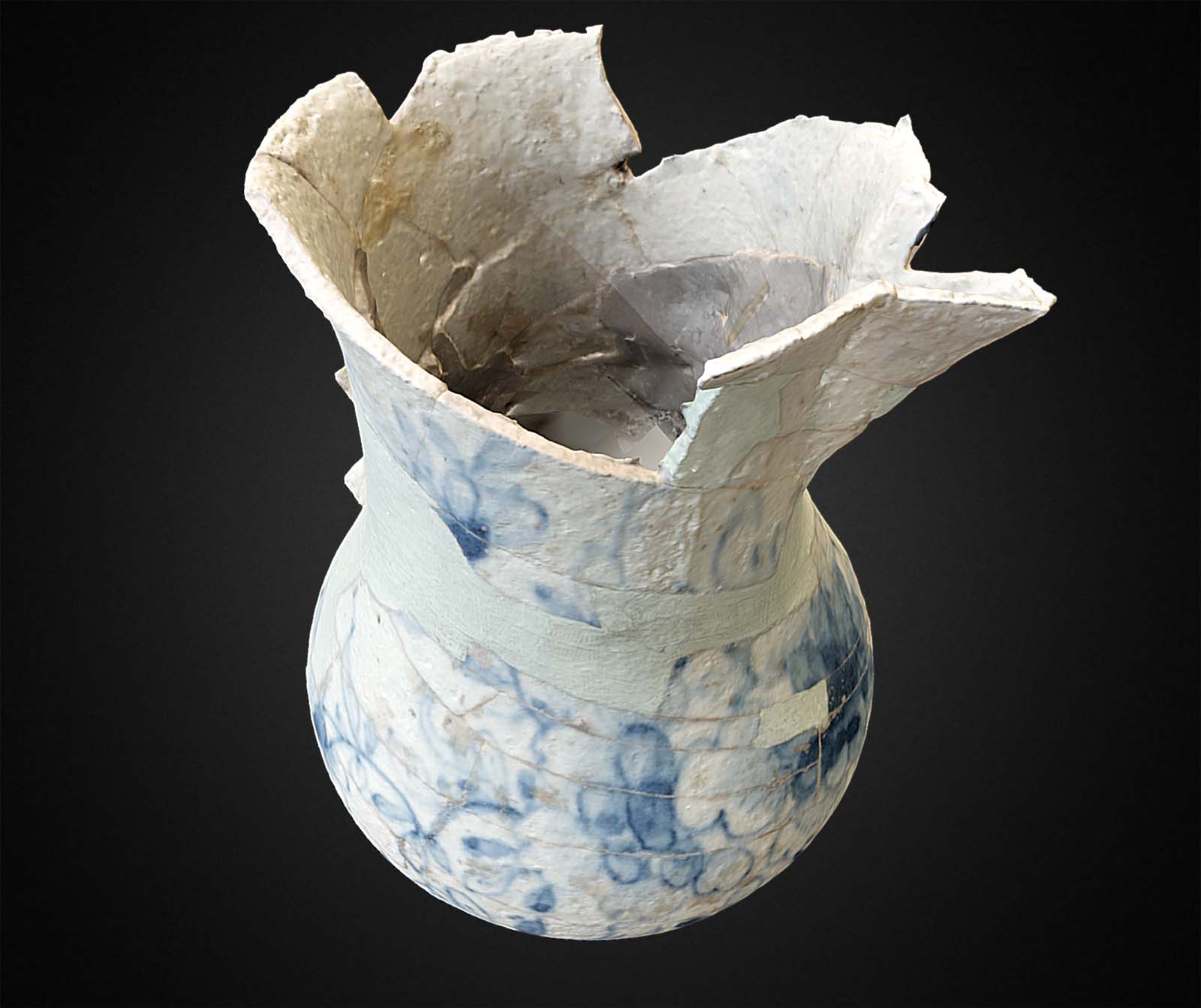 Regular visitors to the British Ceramics Biennial in Stoke will be familiar with the work of local ceramic artist and forensic custodian of Staffordshire’s ceramic legacy, Neil Brownsword.

In 2015 he “re-apprenticed” himself to three artisans who worked for years in the city’s ceramic factories in order to bring some of the forgotten skills of Stoke’s once burgeoning ceramics industry back into contemporary practice.

And in 2019 he worked with South Korean potter Oh Hyangjong and skilled former workers of the Spode Factory – including a model and mould maker, China painter, master engraver and China flower maker – for a performative installation that reminded us of the tremendous value of craft and the material knowledge of the Stoke ceramics factories that we are at risk of losing.

Claiming to be as much an archaeologist as an artist, Brownsword is himself a former Wedgwood apprentice model maker and he has become adept at celebrating the region’s ceramic heritage – and in some cases saving it from obscurity. 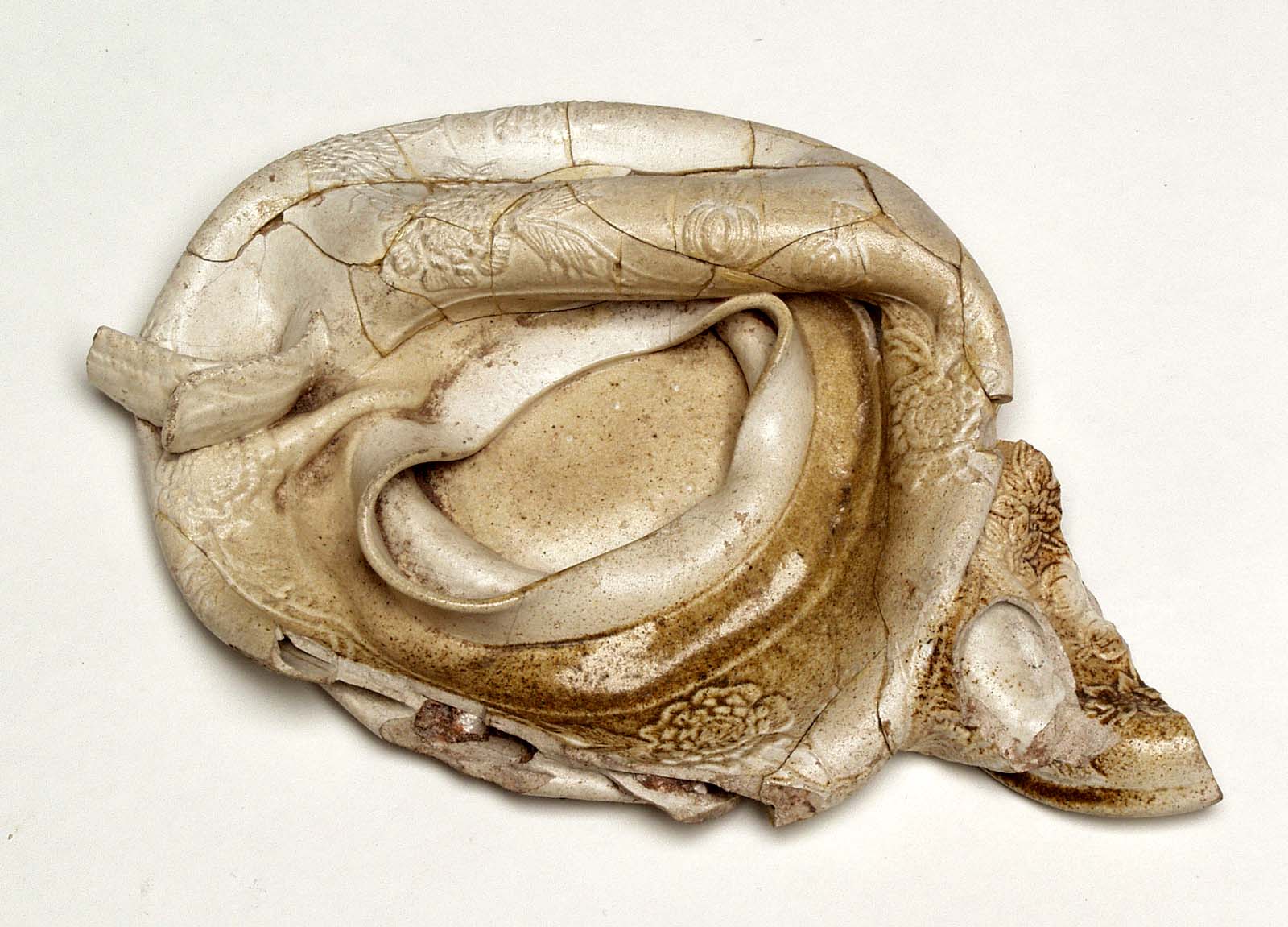 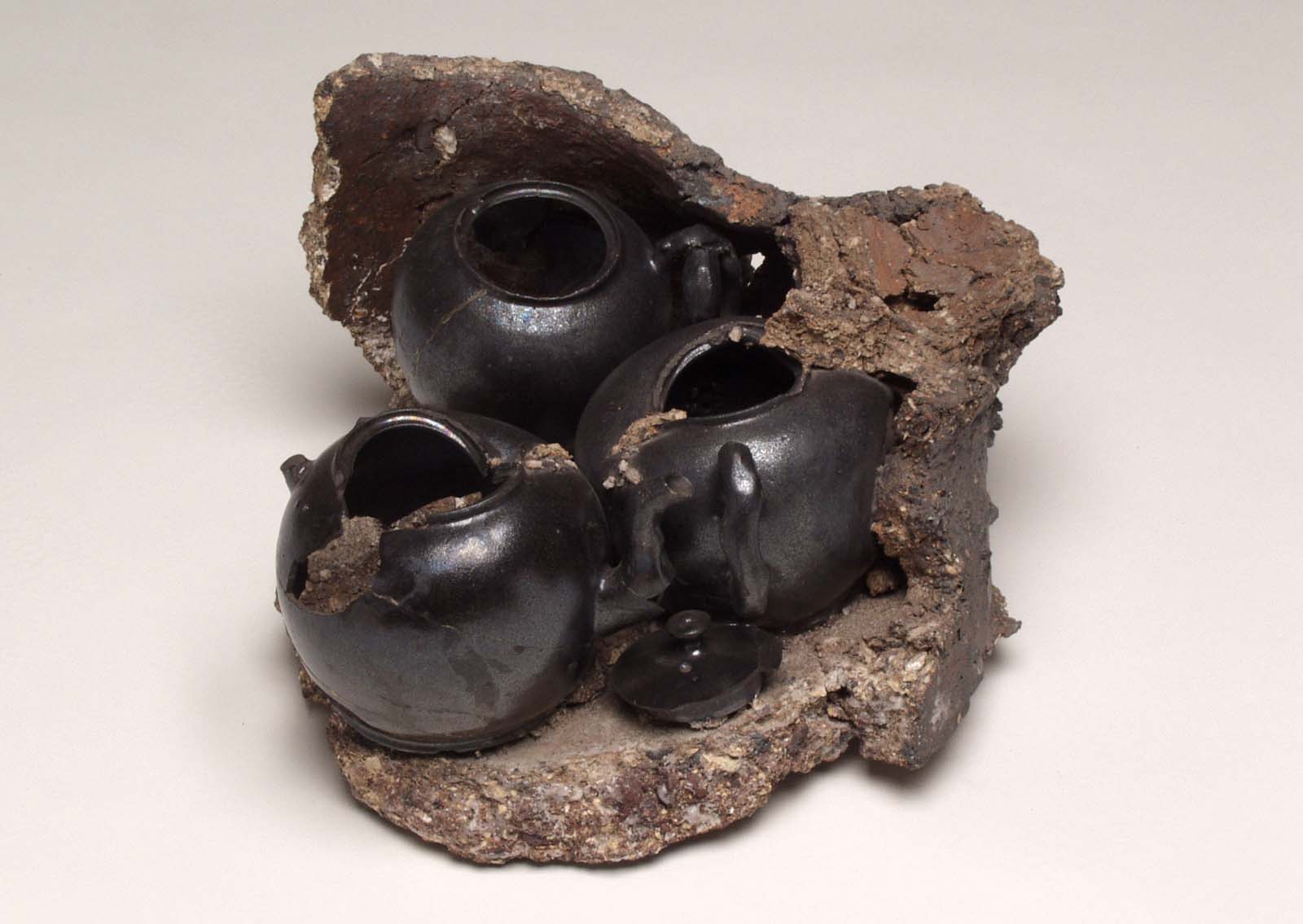 But he also has an eye on the future by creating new work from the ashes of the region’s legacy.

His latest project, Alchemy and Metamorphosis, examines the innovations and ingenuity of North Staffordshire’s early ceramic industrialisation through a range of contemporary practices and perspectives.

Curating a timeline of objects and archaeology from the Potteries Museum and other world-class regional collections, the evolving project reveals the technologies, cultural influences and experimentation that led to the growth of a world-renowned centre of ceramic production.

In response to this history a combination of new and ongoing works re-imagine historic materials and practices through the collision of traditional ceramic skills and digital technology.

One of the legacies the exhibition returns to is the Elers Brothers, Dutch siblings who brought their silversmiths’ eye into their pottery at Bradwell Hall in the late 17th century. Here they produced elegant pieces influenced by Chinese Yixing ware using locally sourced red clay and revolutionary and highly experimental production methods such as casting moulds with liquid clay and other techniques they had honed in metalworking.

Sadly the brothers’ methods and their vision for fine Chinese influenced ceramics – or ‘proto porcelain’ as Brownsword terms it – wasn’t a commercial success, but they are regarded as highly influential even though they are sometimes missing from popular historical narratives of Stoke’s ceramic heritage and history.

Others figures such as Thomas Whieldon (a leading eighteenth century Staffordshire potter and an early partner of Josiah Wedgwood in the 1750s), Enoch Booth who developed cream coloured earthenware in the 1740s (before Wedgwood perfected it) and the skilled designer and modeller William Greatbatch who later worked for Wedgwood, are positioned against a timeline of ceramic history to question the notion that there was a smooth, 300-year transition from craft to industrial standardisation. 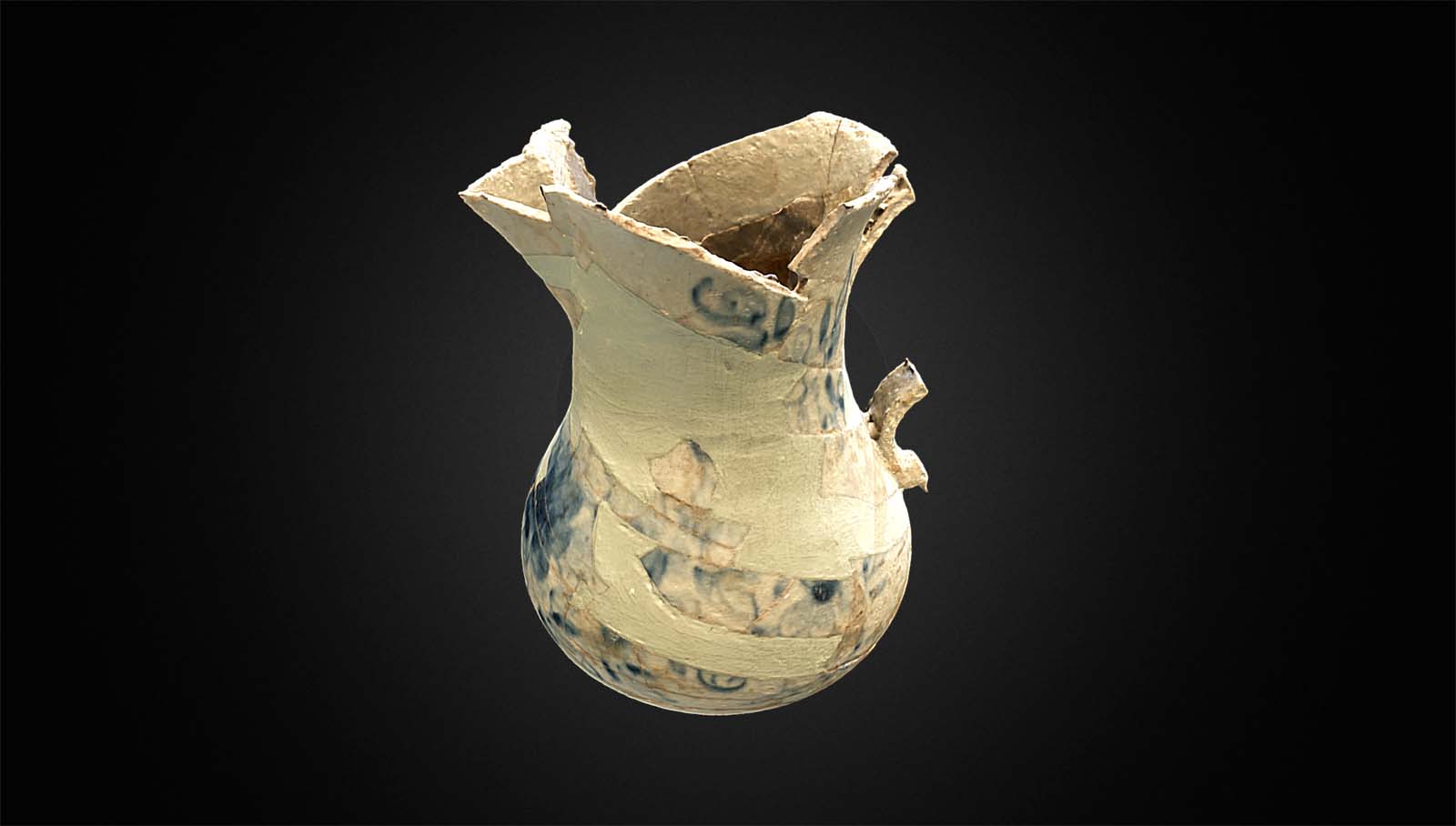 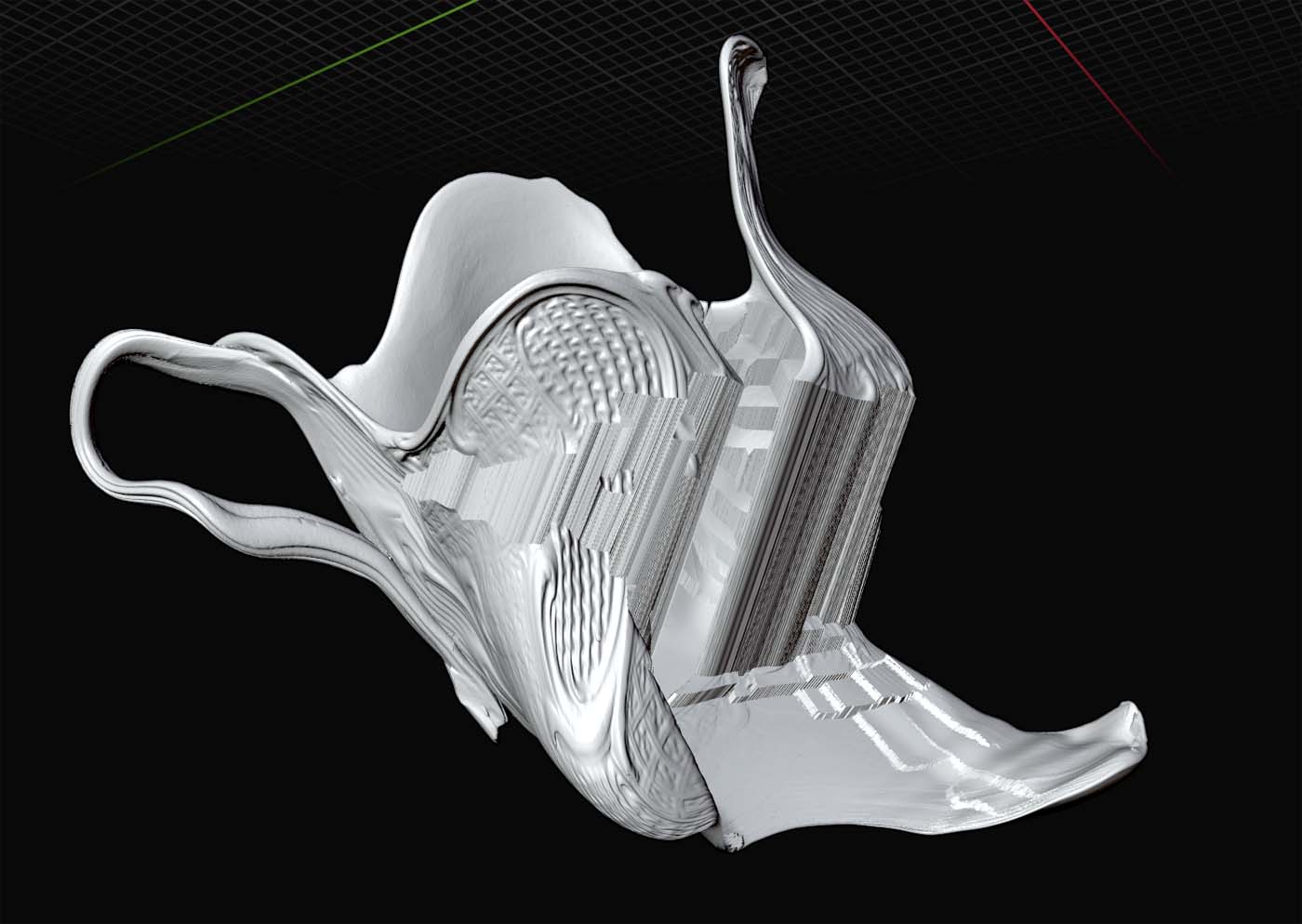 Brownsword’s timeline also gives a prominent position to Pomona ware, examples of which have been loaned from the nearby Brampton Museum and which are the the earliest known attempts to develop proto-porcelains in North Staffordshire.

Visitors encounter these and other failed experiments of seventeenth century potters and industrial pioneers who attempted to recreate Chinese porcelain via sherds of experimental porcelain vessels that were excavated at sites the one at Lower Street, Newcastle-under-Lyme, which revealed valuable ceramic remains dating to the 1740s with their under-glaze blue-painted decoration still visible.

3D digital scans of the objects via QR codes also allow visitors to lift and rotate the historic jugs, tankards, and teapots, and zoom in on surface details and Brownsword has also morphed scans of other historical relics from the historical record in order to seek out their errors via digital technology.

Further insights into the history of experimentation and failure include an examination of the Wedgwood Museum’s reserve collection and the failed glaze experiments of the father of ceramics, Josiah Wedgwood.

He has even recreated the chemical compositions of the associated experimental recipes in Wedgwood’s test books and is reactivating them during the course of the exhibition. 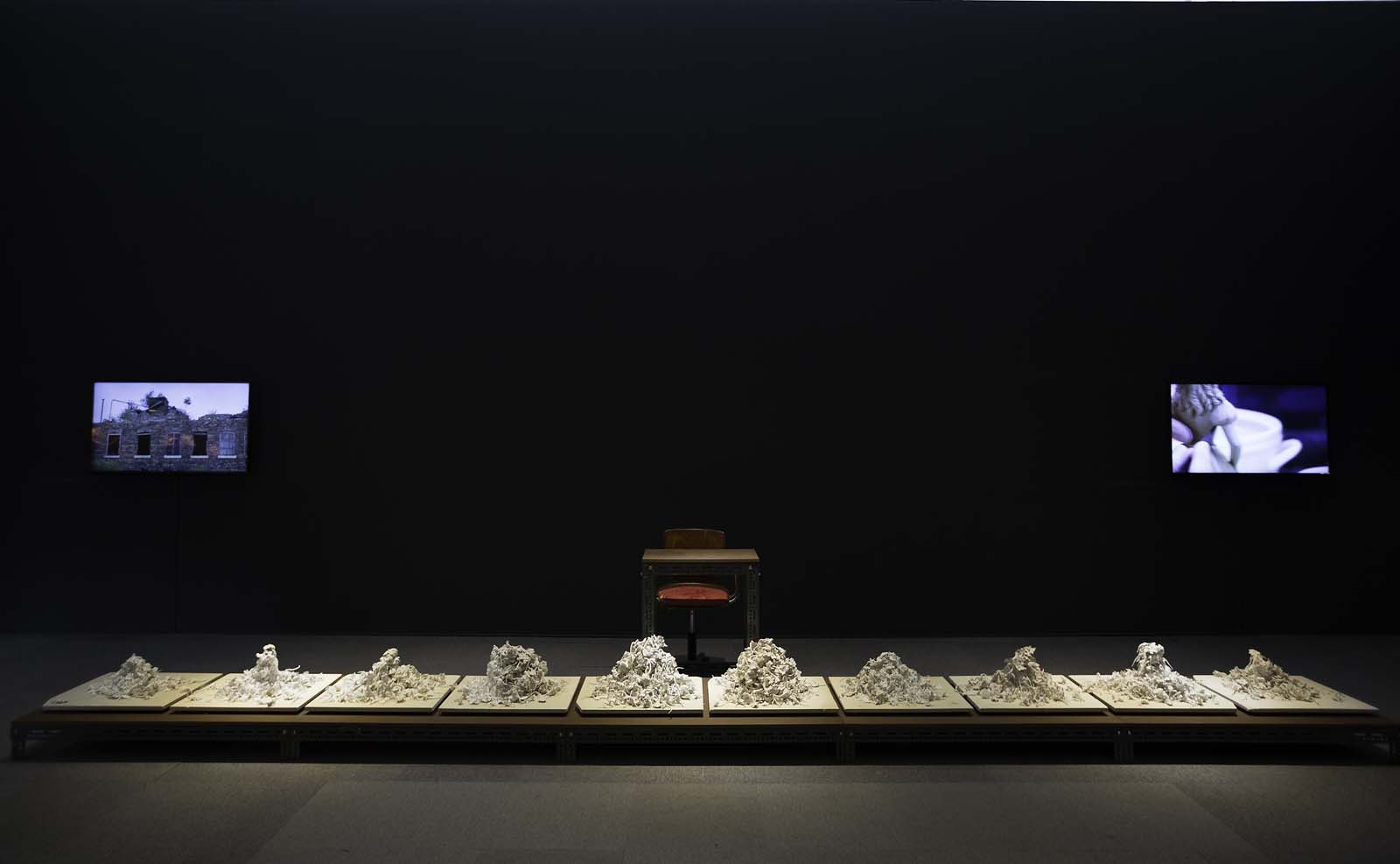 A programme of performances and demonstrations is engaging the public with live research co-ordinated by Brownsword in collaboration with visual simulation experts and ex-ceramic industry artisans.

The contemporary relevance and unrealised creative potential of industrial craft practices are failing and prospering in the Potteries once again.

The British Ceramics Biennial runs until October 17 2021. Explore the full programme at www.britishceramicsbiennial.com