The 1950s were a golden decade for Roman excavations in the UK. Two digs in particular captured the public imagination when they uncovered tantalising insights into the mysterious Roman religion of Mithraism – a ritualistic system of worship of the God Mithras that flourished throughout the Roman Empire alongside Christianity.

In 1954 at Walbrook, a street in the city of London, the remains of a remarkable underground temple eighteen feet beneath city streets was discovered during building work. Dating to the mid third century, it yielded an array of intriguing archaeological treasures including fine marble sculptures of the gods Mithras, Minerva and Serapis, which now reside in the Roman London Gallery of the Museum of London.

Now the Great North Museum: Hancock in Newcastle, which houses the Carrawburgh altars, is bringing many of these finds together to offer a rare opportunity to delve into the story of the worship of Mithras in Roman Britain from two different perspectives. As a god worshipped both in the provincial capital of London and on the northern frontier of Hadrian’s Wall. 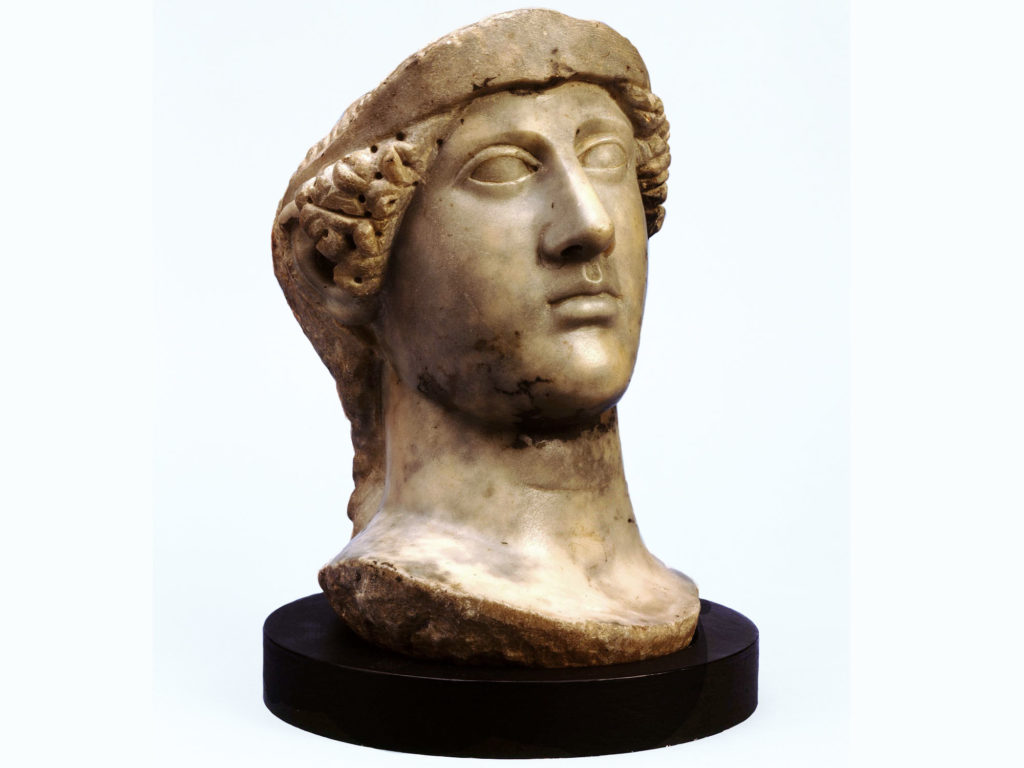 Head of Minverva. © Museum of London

Yet despite the hundreds of underground locations uncovered across the former Roman Empire, as befits its secretive nature, little is known about Mithraism’s practices.

We know Mithras was an ancient Persian god adopted in the Roman Empire as the main deity of the religion, which flourished in the 2nd and 3rd centuries AD.

Open only to men (it was very popular with the Roman Army) some scholars believe its worshippers were highly secretive about their rituals and beliefs and may have included secret handshakes and passwords. There were seven steps of initiation for the worshippers of Mithras, via various rituals that would reveal new secret knowledge.

To add to the mystery, all temples of Mithras, known as Mithraeum, were either purpose-built or incorporated into caves underground. 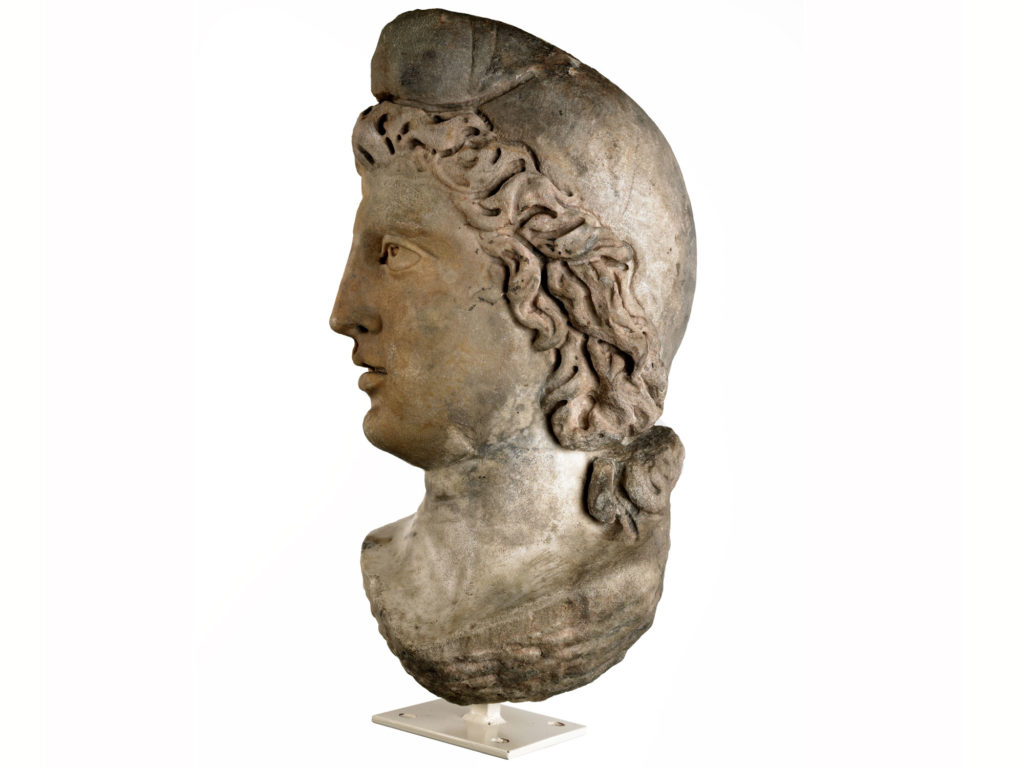 Mithras in Profile. © Museum of London 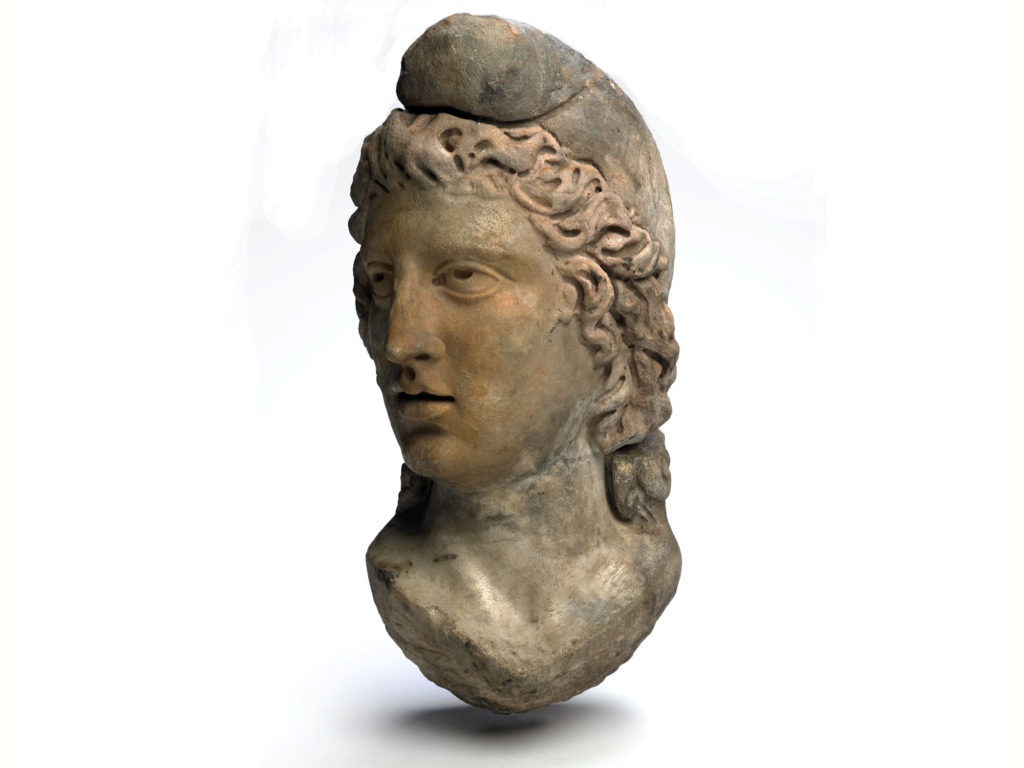 The head of Mithras. © Museum of London

Mithras was both a sun god and a creator god. Iconography found in his temples often focuses on the act of creation in which Mithras kills a bull in a cave. This scene, which is known as the tauroctony, culminates in new life, in the form of ears of wheat, which emerge from the slain animal’s tail.

The god is frequently depicted as being born of a rock or egg, and the Great North Museum: Hancock also holds a unique carving from Hadrian’s Wall found at Housesteads Roman Fort showing the birth of Mithras from the cosmic egg.

By the 4th century AD, Roman Mithraism was in decline as Christianity spread across the Empire. The discovery of the heads of Mithras and the Greco-Egyptian-Roman god of fertility Serapis at the Walbrook site, which had been carefully hidden underneath the temple flooring, may attest to this spread – and indeed hostile Christian action and the deliberate destruction of pagan images.

There is very little evidence for the continuation of Mithraism into the 5th century. 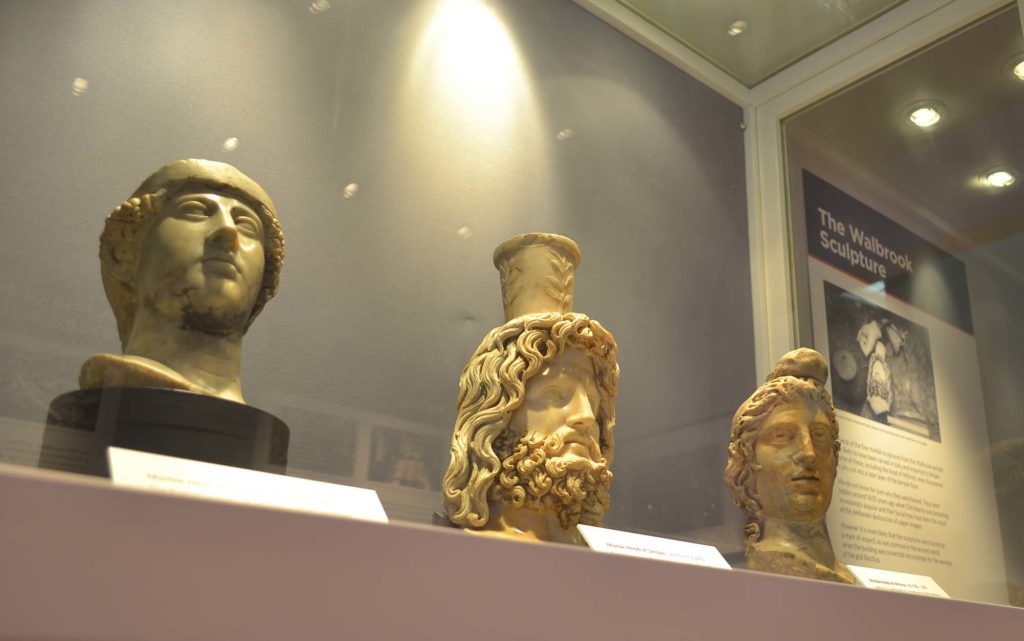 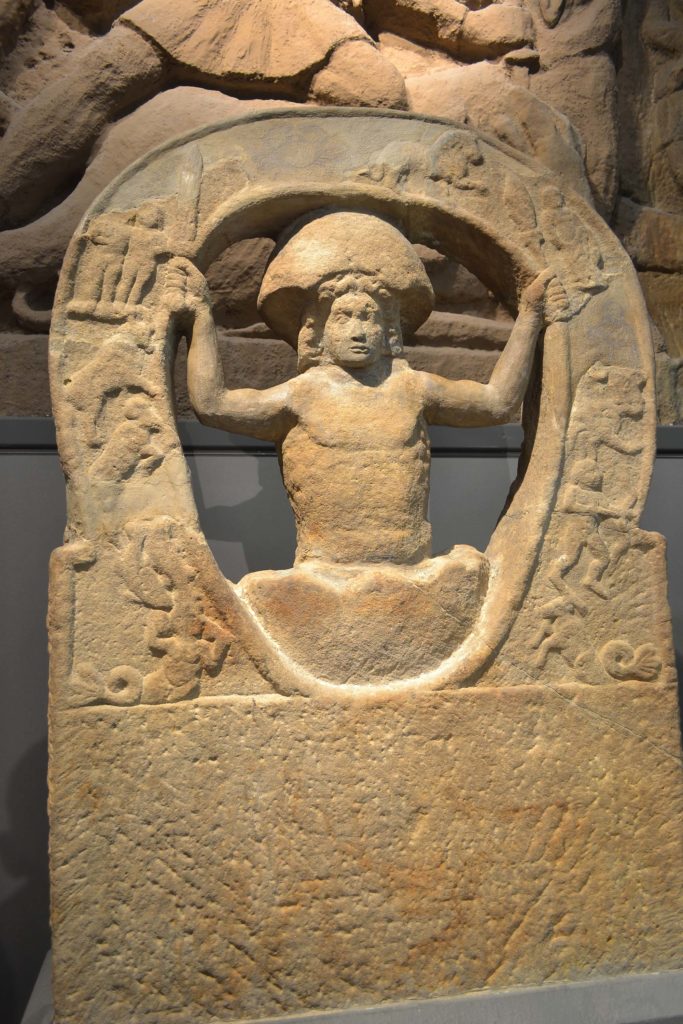 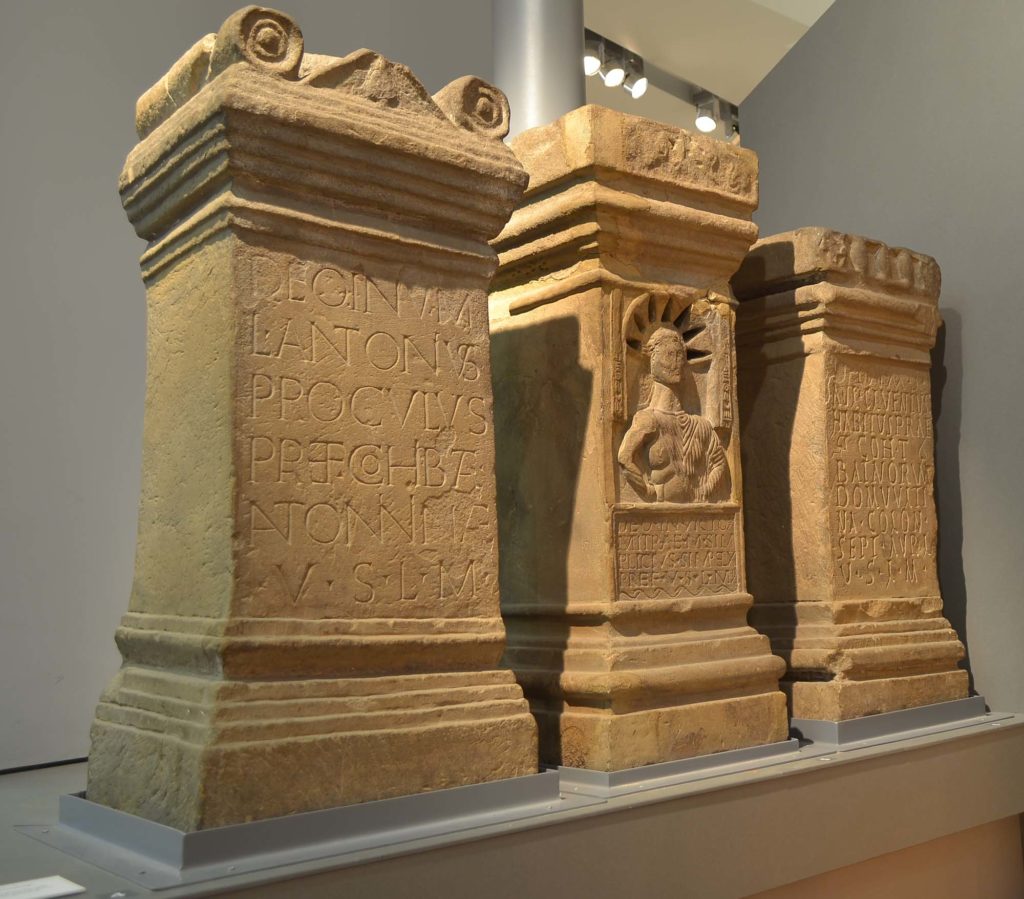 Shrines from the Mithras Temple at Wallabrough displayed at the Museum. © Tyne and Wear Museums

In a strange turn of events that could have only happened during the 1950s rebuilding of Blitzed Britain, the remains of the London Mithraeum were eventually reconstructed, cemented back together in modern concrete, at street level on top of a nearby car park.

In 2014 Museum of London archaeologists dismantled them – in preparation for a return to their original subterranean site, on top of the surviving foundations beneath a new Bloomberg HQ building.

Perhaps the Great North Museum’s exhibition suggests some form of Mithraism is about to rise again?

Mithras: Roman Religion from Thames to Tyne is on display in the Hadrian’s Wall gallery at the Great North Museum: Hancock, Newcastle upon Tyne until Sunday 27 August 2017.

The Great North Museum incorporates collections from the Hancock Museum and Newcastle University’s Museum of Antiquities, the Shefton Museum and the Hatton Gallery. Highlights of the £26million museum include a large-scale, interactive model of Hadrian's Wall, major new displays showing the wonder and diversity of the animal kingdom, spectacular objects…