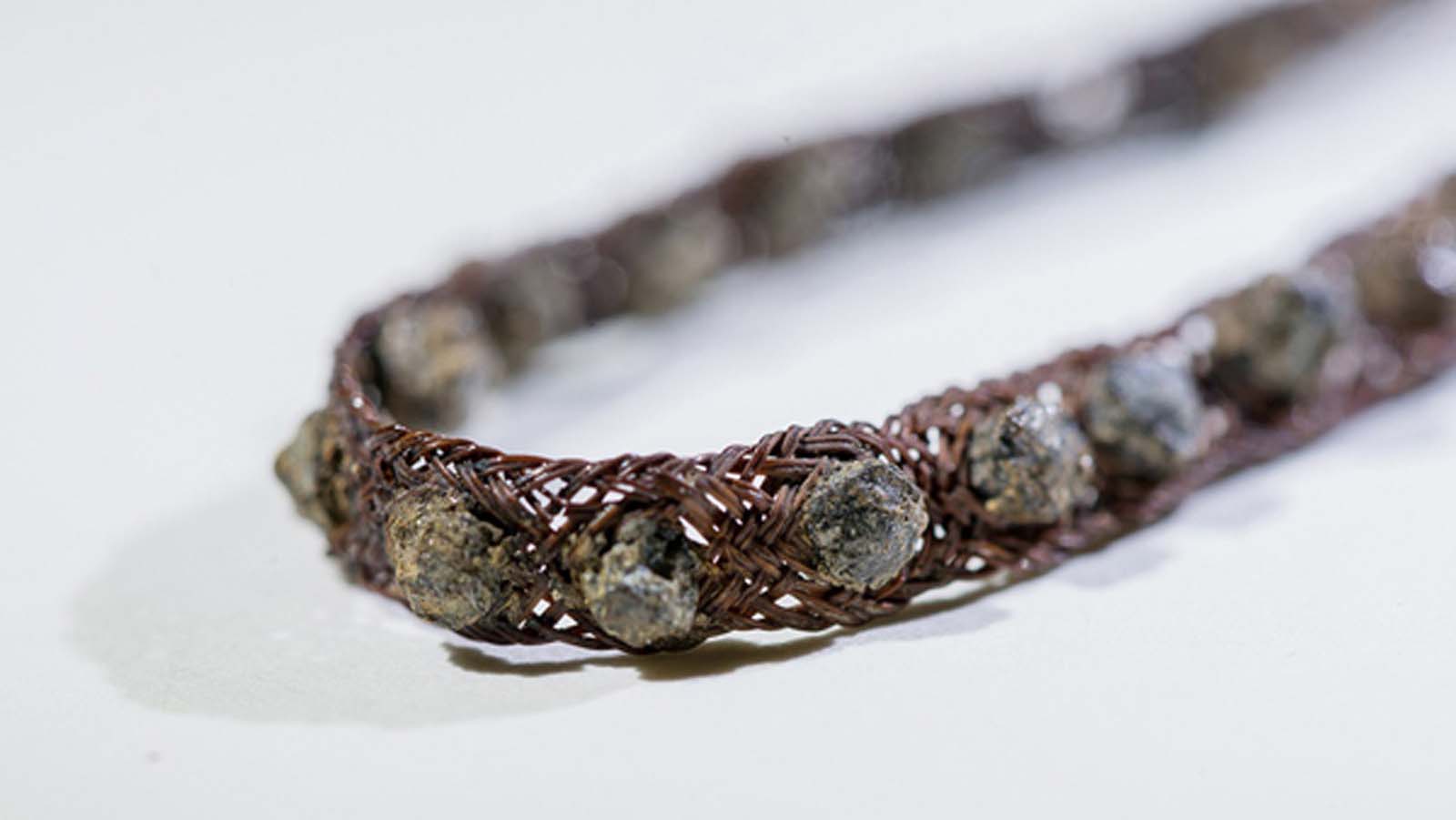 Despite being open for a total of just nine weeks, the Box in Plymouth was the largest museum to open in 2020 and managed to squeeze an impressive 30,000 visitors through its doors before the last Covid lockdown closed it – and every other museum and gallery across the UK.

For its post-lockdown re-opening the Plymouth museum and history centre is serving up a series of major new exhibitions and displays to augment its already impressive permanent galleries, exhibition programme and attention-grabbing collection of ships’ figureheads.

The ground-breaking Mayflower Exhibition, Mayflower 400: Legend and Legacy, originally opened in September 2020 and explores a variety of perspectives of the history of the eponymous ship that transported a group of English families to the New World in 1620.

Co-curated with the Wampanoag Advisory Committee to Plymouth 400 in the USA the exhibition saw tribal scholars and educators working in partnership with curators in Plymouth to present not just a European view of the new world but a Native American view of English colonisation. 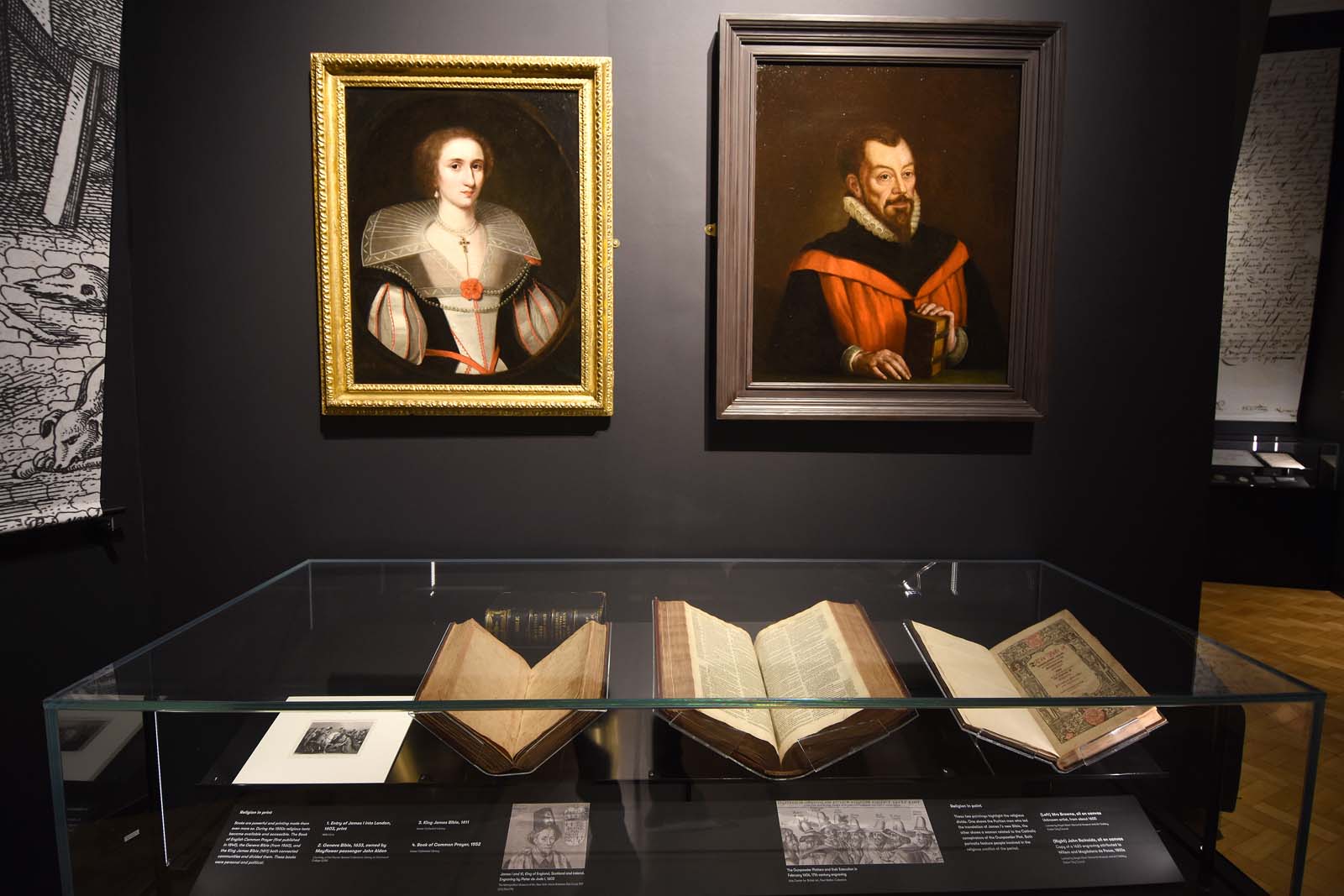 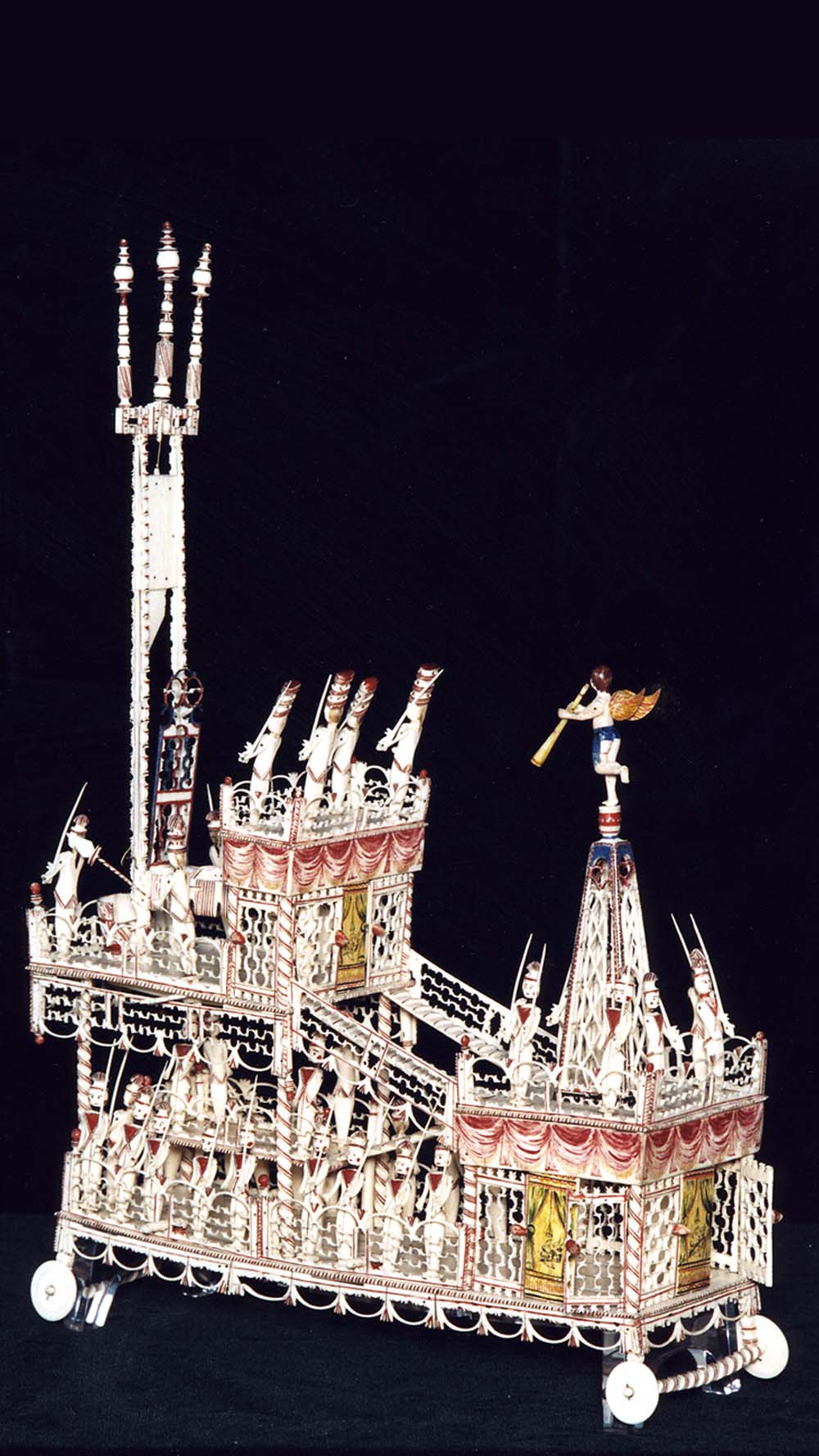 Offering a richer understanding of the history of the founding of America, the exhibition acknowledges conflict with Native America and the impact of colonisation on the indigenous population using objects, images and ideas to explore early English attempts to colonise America.

It also details the lives of the passengers and those of the indigenous Wampanoag they encountered, as well as considering the cultural, demographic and personal legacies – from the women and children as well as the men – of the story from both sides of the Atlantic.

Accompanying this important exhibition is a major new display featuring a native American wampum belt created especially for The Box by 100 Wampanoag craftspeople alongside seven historic wampum belts on loan from the British Museum and Saffron Waldon Museum.

The latter is the first exhibition in the UK to be solely curated by the Wampanoag people and puts the native American experience of the colonisation of Massachusetts at its heart. 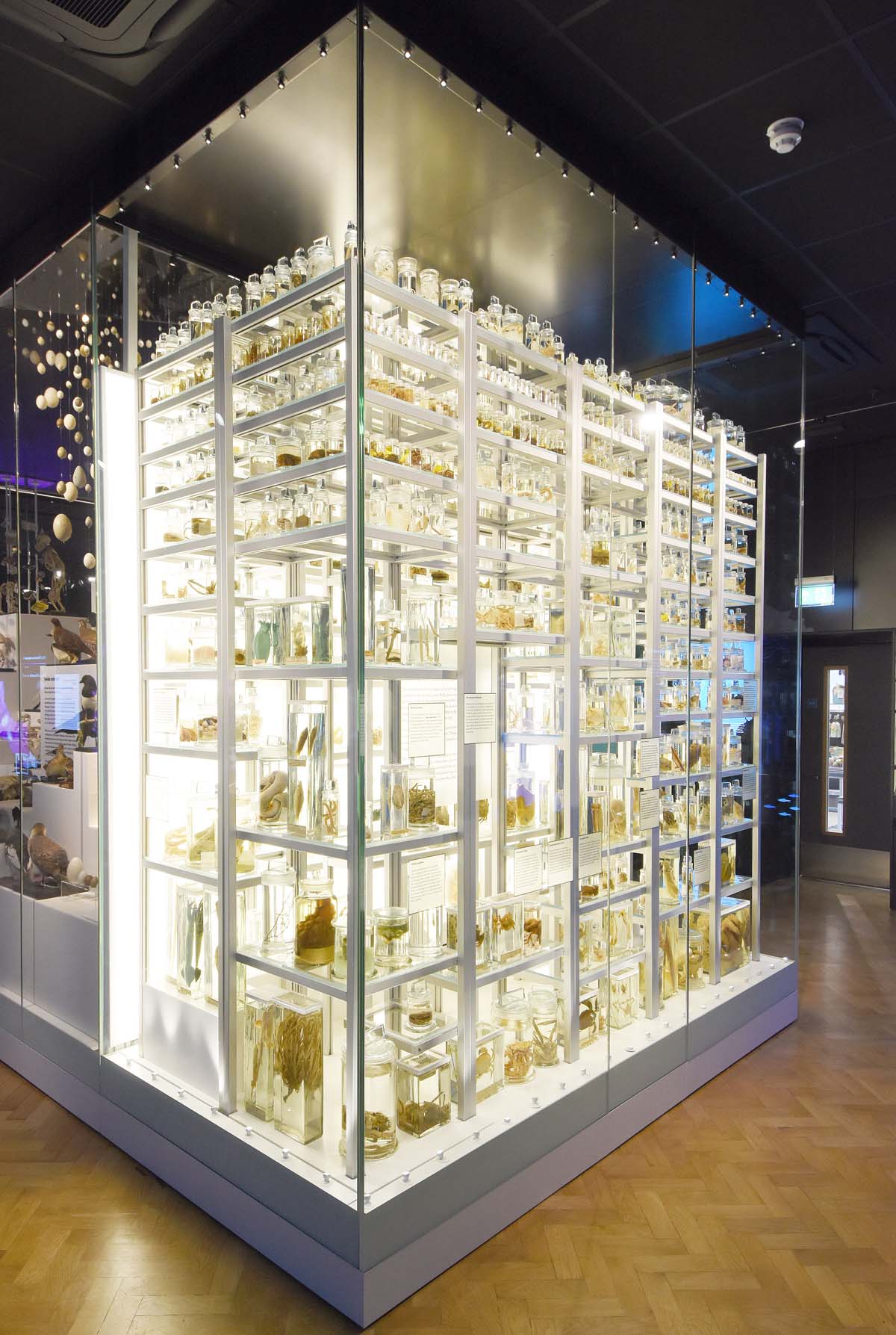 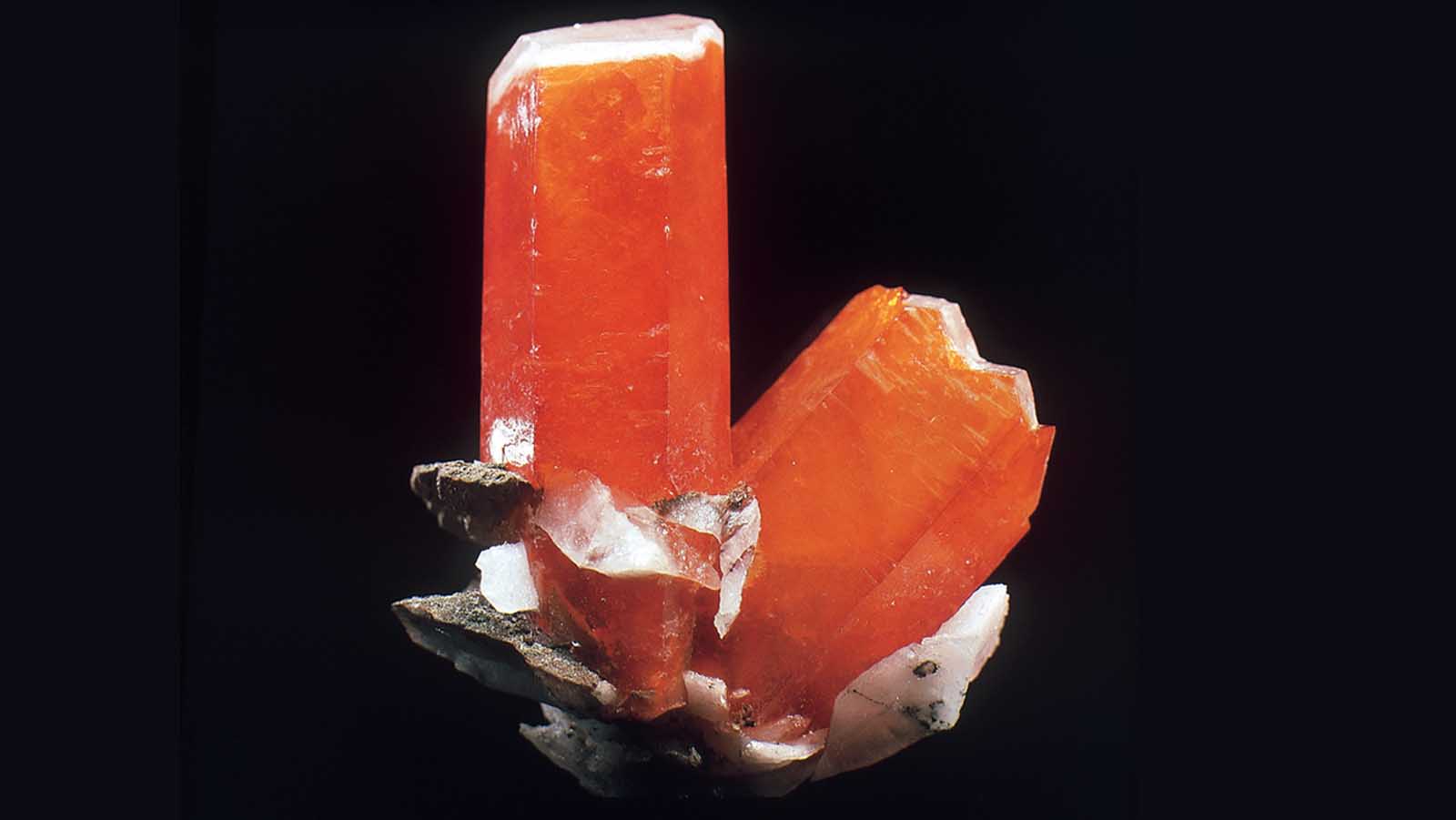 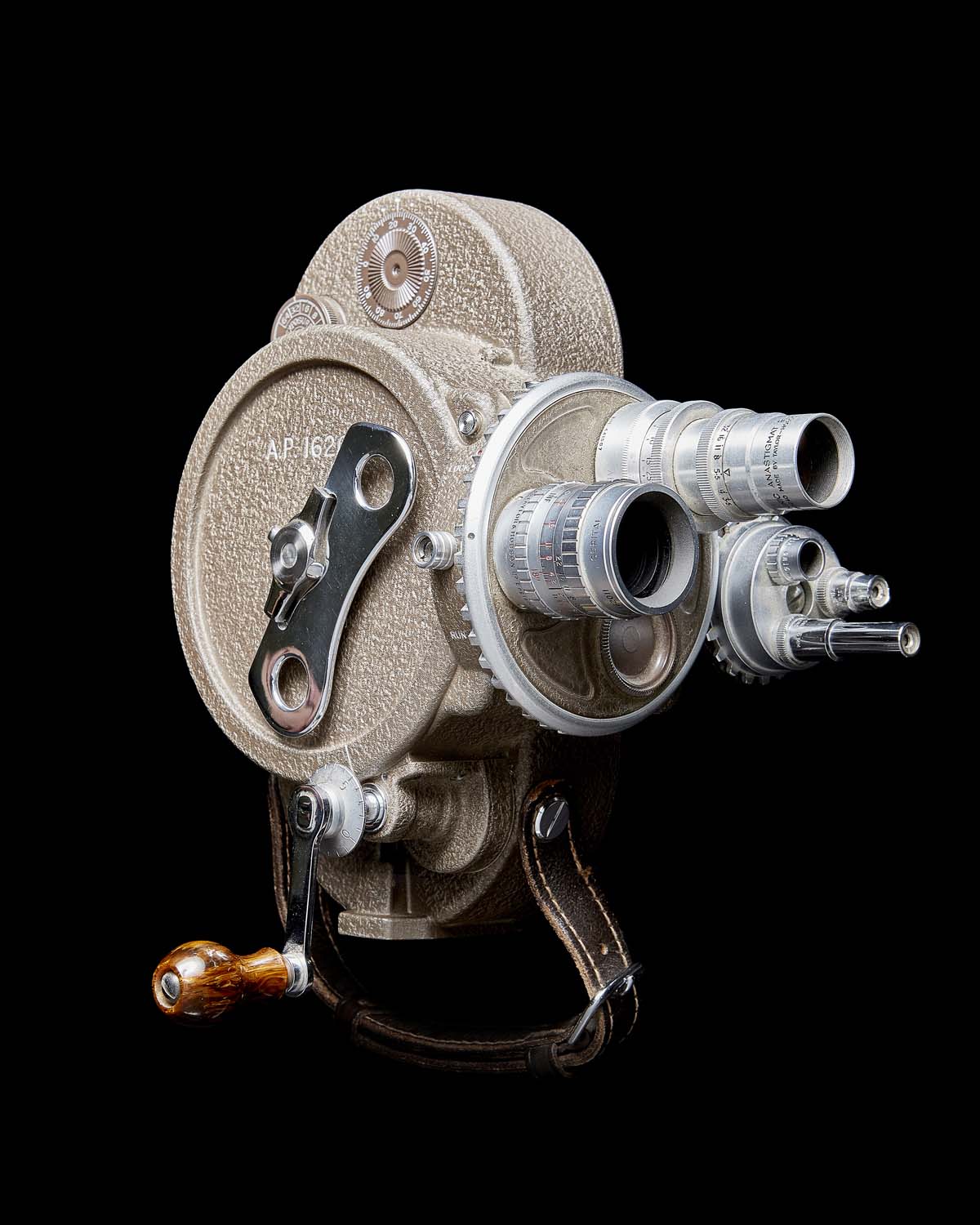 A cine camera featured in the Media Lab. © Plymouth City Council, The Box

Elsewhere in the museum a range of permanent galleries showcase the breadth of the city’s collection. The centrepiece of the Natural History Gallery is a life-sized, recreated mammoth inspired by a mammoth tooth discovered at Yealm Bridge Cavern on the nearby Kitley Estate. Fossils show that woolly mammoths were roaming Plymouth 35,000 years ago, alongside bears, cave lions, hyenas and woolly rhinos.

The mammoth and tooth is exhibited with 3,000 specimens beautifully displayed to show the wealth and beauty of a collection that includes insects, taxidermy, minerals and skeletons.

A Media Lab gallery celebrates the South West’s film and photographic heritage through still and moving image and a large display of still and cine cameras, which complement the work of local photographers such as Plymouth photographers Roy Westlake and Dermot Fitzgerald as well as the City Engineers collection which documents the rebuilding of Plymouth in the post war years.

Further permanent galleries include the Port of Plymouth display, which travels from the Bronze Age to the modern day via objects like the UK’s only surviving Bronze Age bear pelt and an exquisite armband or bracelet, both of which came from the Whitehorse Hill burial cist on Dartmoor. Experts believe the cremation burial occurred c.1750-1600 BC but the cist, which is a kind of stone funerary box inserted into the hillside, was only excavated in 2011.

The gallery also takes visitors back to Plymouth Sound and the arrival of a defeated Napoleon awaiting his fate on board a Royal Navy ship in the Devonport Dockyard, which progressed from building sailing ships to nuclear submarines over five centuries.

Taking an innovative approach to sharing the city’s archives, the new Active Archives Gallery delves deeper into the city’s history and welcomes visitors through an original Elizabethan wooden doorway into a 21st century archive facility where interactives reveal archives including the 1554 Queen Mary Charter.

More recent history can be explored via an interactive version of the Bomb Book which was a plotting record that traced and mapped all the bombs that fell across the city during the Blitz of World War Two. With its Royal Naval Dockyard, the city was a major target for the Luftwaffe who launched a total of 59 bombing attacks destroying and damaging thousands of houses. Virtually every civic building in the city was also destroyed in the bombing raids, which caused the death of 1,172 civilians and left thousands more injured. 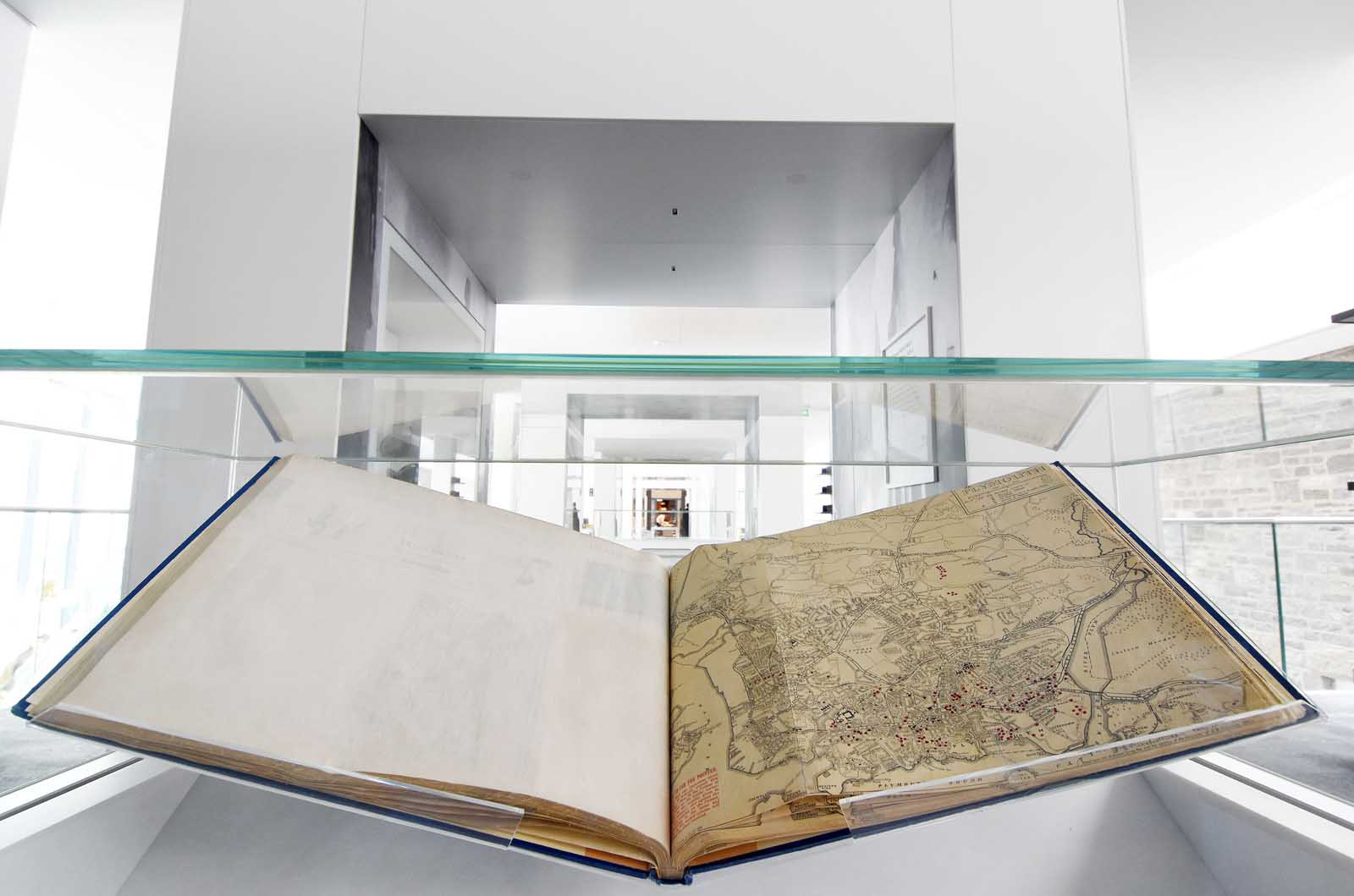 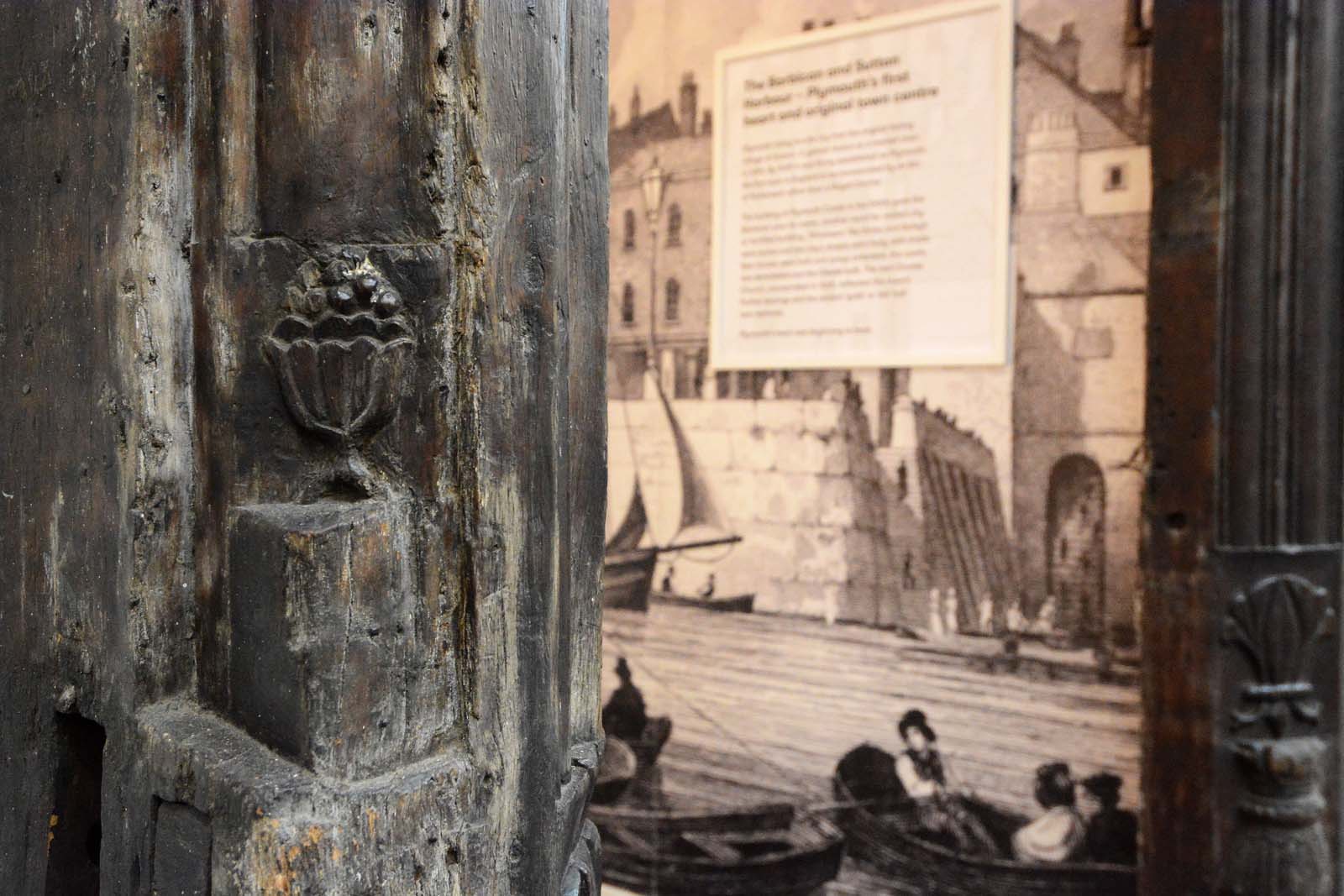 Another permanent gallery, exploring an important aspect of the city’s history of nautical exploration is 100 Journeys, which traces the stories of famous explorers and their discoveries, from Drake to Scott and beyond.

One of the city’s most famous sons – and an English popular hero – Sir Frances Drake was Mayor of Plymouth in the 1580s, but his story is viewed from multiple angles including his links to the darker stories of colonialism and slavery.

As well his role in British historical escapades like the sacking of Cadiz for Elizabeth I, the gallery reveals how Drake accompanied his cousin, Sir John Hawkins, on England’s first Trans-Atlantic slaving voyages; an enslaved African man even featured in Hawkins’ coat-of-arms. 100 Journeys also features letters written by Raleigh as well as archival material from Plymouth’s anti-slavery movement.

The city’s art collection also gets a new lease of life in the new museum and gallery, which holds the UK’s single largest collection of paintings by Joshua Reynolds (1723 – 1792) outside of London. Reynolds was born and lived most of his life in Plymouth and a new display highlights the Port Elliot Collection, which is a collection of rarely seen paintings by the leading portrait painters of the 18th century including Reynolds, George Romney and Thomas Lawrence.

Plymouth was home to the UK’s first hard-paste porcelain production and the collection of Plymouth and Bristol porcelain is the largest in the UK . Here it joins fine examples selected from a vast decorative art collection that encompasses ceramics, glass, furniture, costume, textiles, silver and contemporary craft.

As befits a museum and art gallery, contemporary art is also at the heart of The Box’s cultural offering and Making It, The Box’s launch exhibition, explores the relationship between Plymouth’s history of making and the craftmanship of contemporary art. 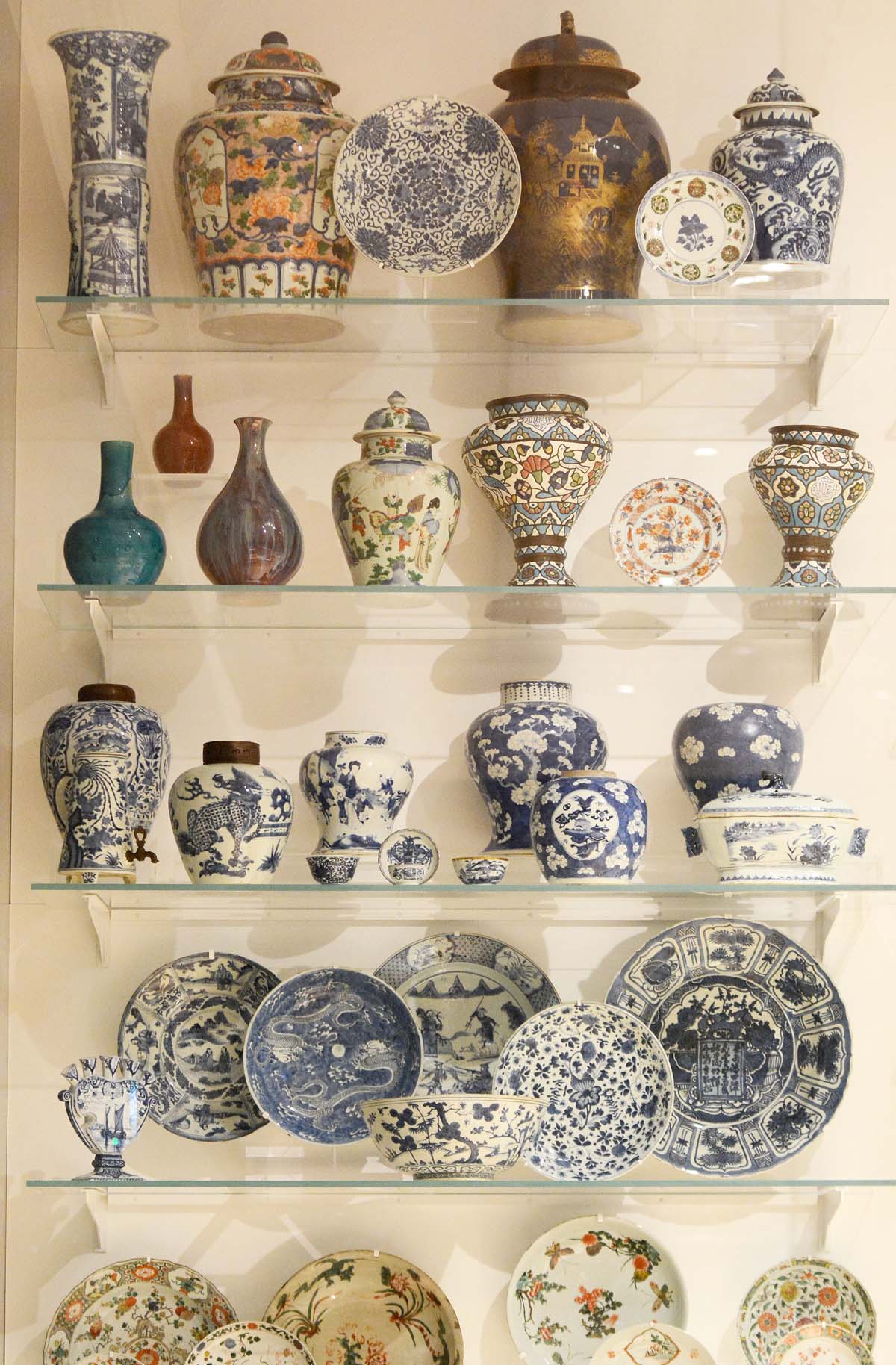 One of the mass display cases in the Out Art section. © Plymouth City Council, The Box 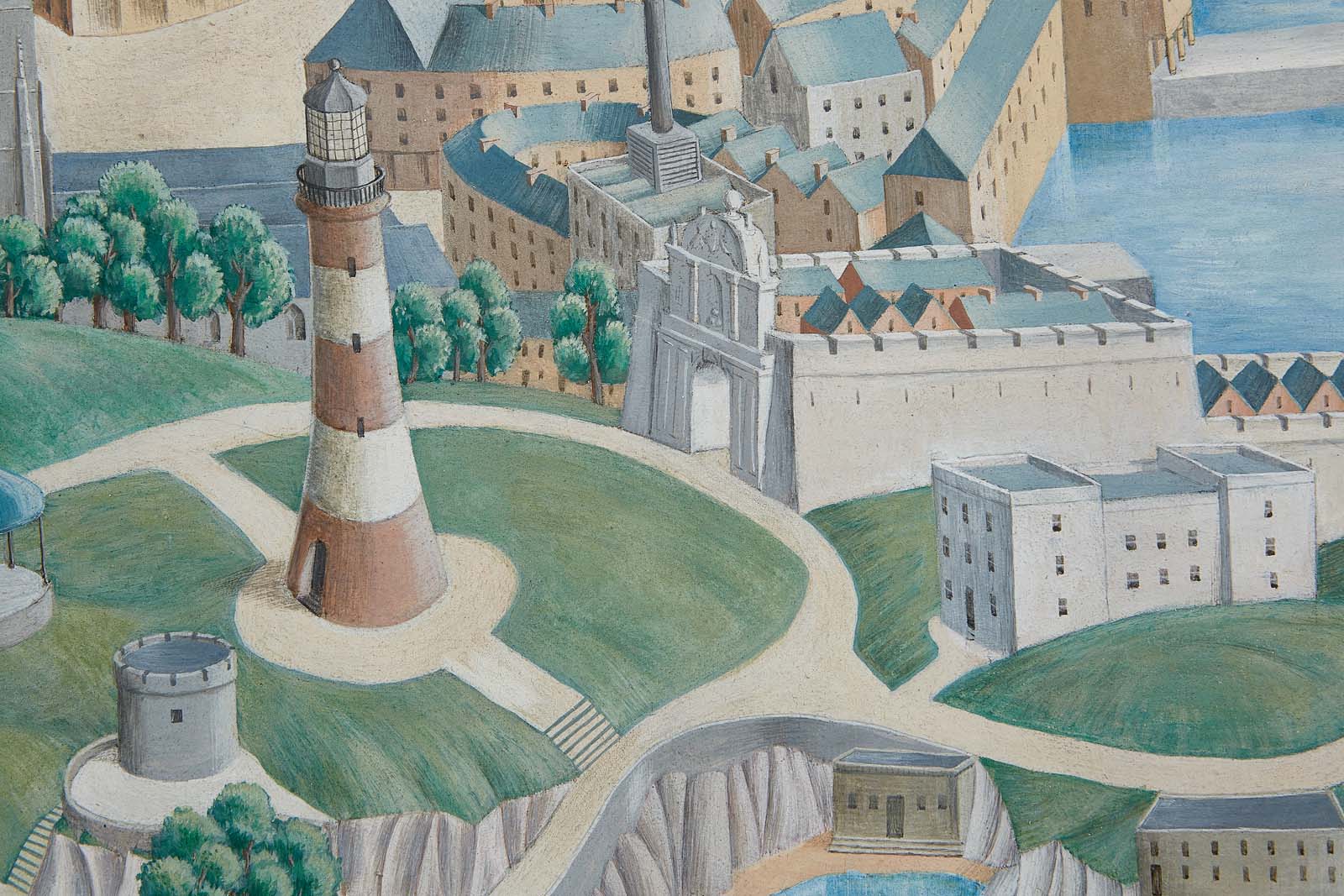 Detail from ‘An Aerial View of Plymouth and Environs’ by Dorothy Ward, 1933. © Plymouth City Council, The Box

Three new artworks have been permanently acquired for The Box including Antony Gormley’s LOOK II sculpture, which is sited on Plymouth Hoe; Leonor Antunes’ multi-coloured fused glass window inside St Luke’s Church, Sequences, Inversions and Permutations, which uses ancient glass and rope making techniques similar to those practiced in Plymouth for hundreds of years; and Eva Grubinger’s ‘Fender’ – a huge ship’s fender that sits at the entrance to the museum.

Alongside the new museum re-opening, the summer of 2021 also sees the July opening of the Grade II Listed Elizabethan House, which is an exceptional example of an Elizabethan boarding house that has undergone a six-year restoration. Visitors are promised an immersive, multi-sensory journey through Plymouth’s history alongside the people who lived there between 1599 and 1926 when the house was saved for the nation.

Smeaton’s Tower Lighthouse will also open to visitors once social distancing measures are fully lifted. Both venues are ticketed with further details on the website.

At a time when we are re-examining our own histories, exploring new narratives and looking forward to getting inside the collections of our museums after the last lockdown, The Box is an exciting addition to the museum bucket list.

Entry to the Box is free (apart from the Mayflower exhibition, which is £5) but you need to book an entry ticket in advance.

The Box is a new cultural and heritage complex that completely transforms, extends and combines the original City Museum, Art Gallery and Central Library buildings and restores St Luke’s Church, to create new galleries, a striking elevated archive, learning and research facilities and the first public square to be built…