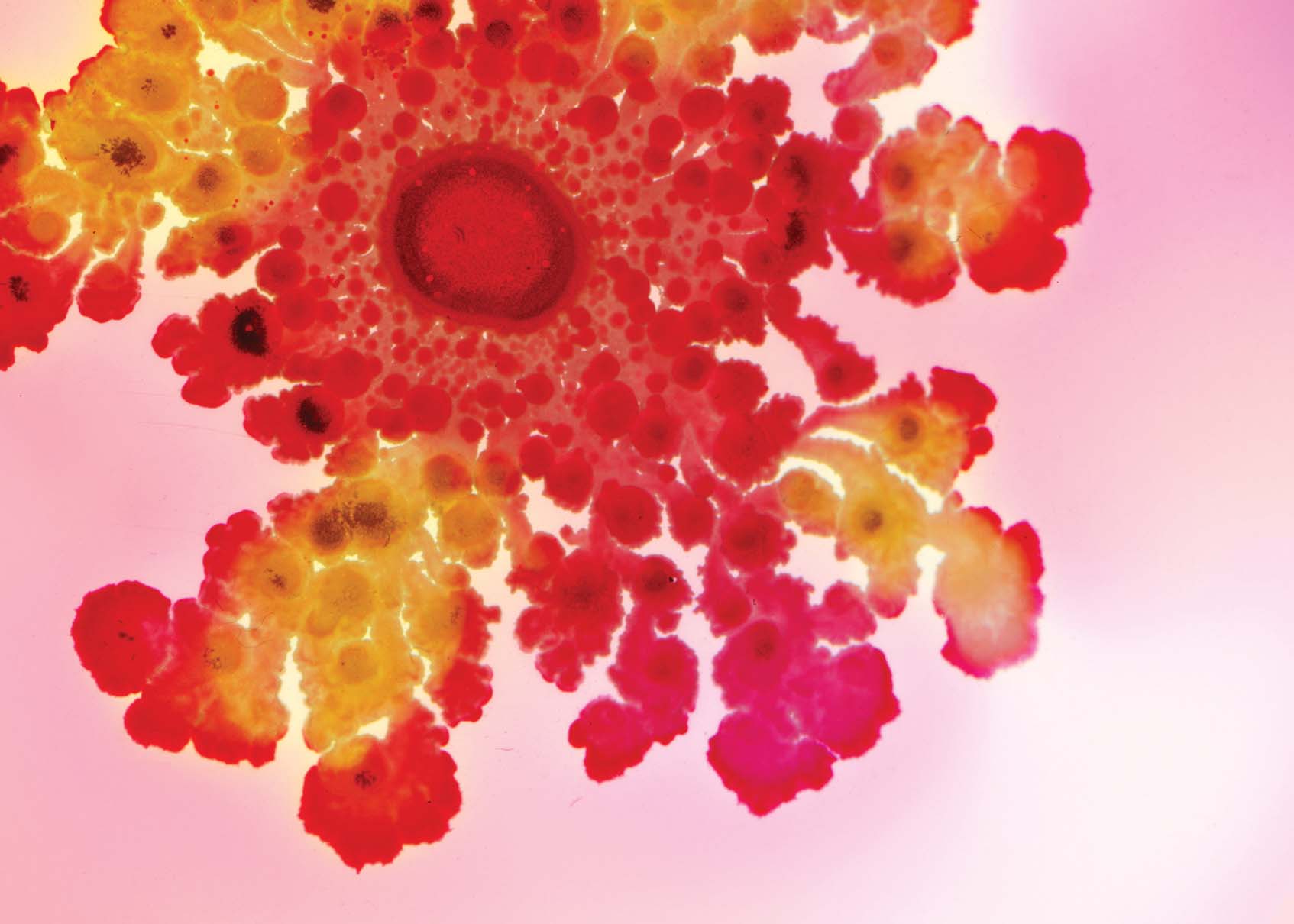 Bacterial colonies grow in a multitude of forms depending on the species and environment. This dyed Paenibacillus colony shows one such pattern of growth. Image: Soonhee Moon / Tal Danino

Despite being the earliest form of life and existing practically everywhere on Earth, from the deepest oceans to the driest deserts and even in the clouds, it’s probably fair to say that, with possible exception of sharks and mosquitos, bacteria are one of our most commonly misunderstood lifeforms.

Yet these remarkable organisms survive, thrive, fight and die by the trillion every moment. They can swim using nanoscopic motors, and battle with spears. They sense, communicate and remember, and there are as many bacterial as human cells within our bodies.

The Oxford University Museum of Natural History lifts the lid on the secret stories and hidden lives of these smallest of organisms to reveal their influence on us and our planet.

Seeking to rehabilitate the reputation of bacteria and counter the popular misconception that they are all bad, or to be feared, the exhibition features more than 55 exhibits spanning monumental art, geological and deep-sea specimens, film, and digital interactives. 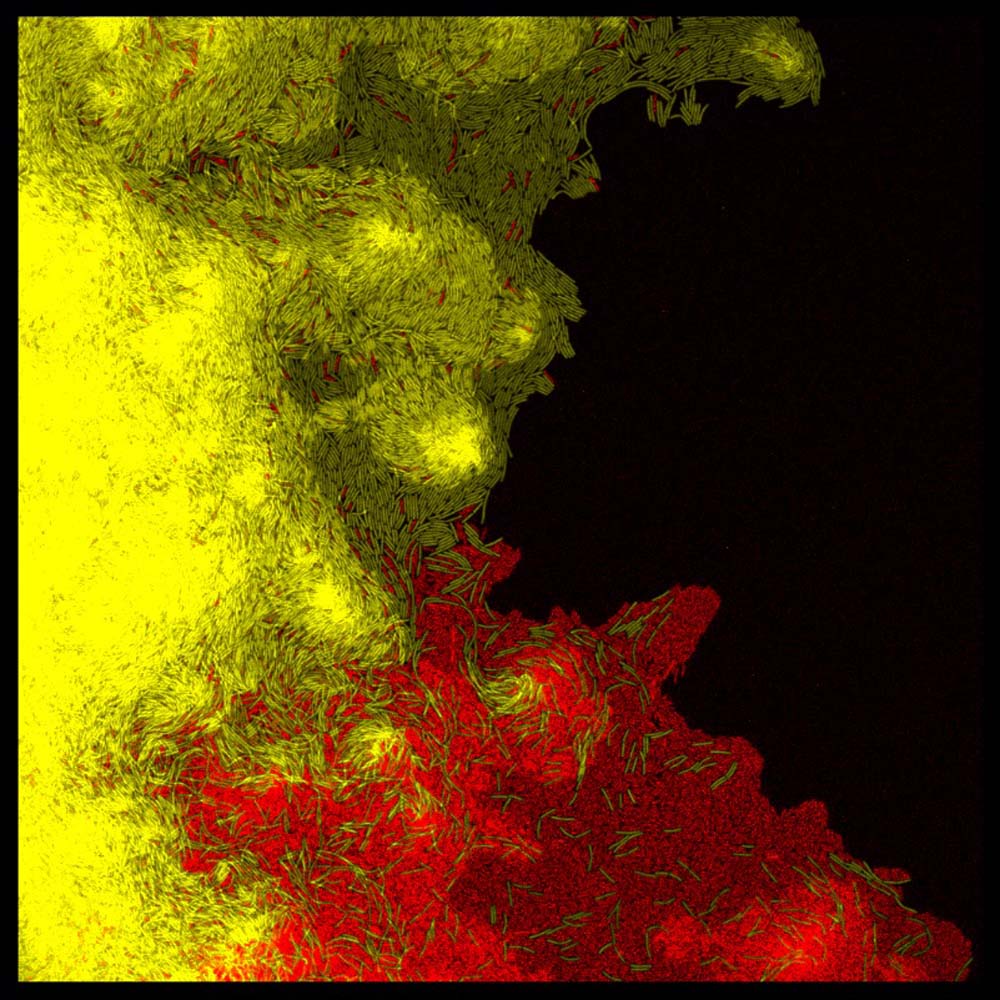 The edge of a Pseudomonas aeruginosa colony growing in an antibiotic. The red cells secrete enzymes that protect both red and yellow cells from the antibiotic and allow the whole colony to thrive. Image: Isabel Frost, Foster Lab 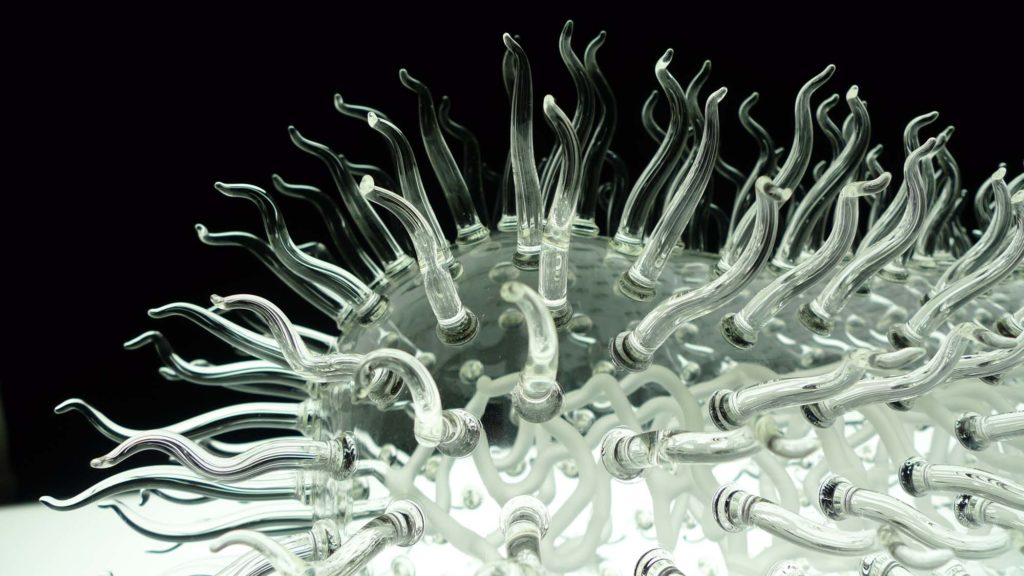 One of the biggest exhibits, a massive sculptural representation of an E.coli bacterial cell by artist Luke Jerram, may play on the fears of museum visitors, partly by being five million times bigger than the real thing but also by representing a bacteria synonymous with serious food poisoning.

Yet one of the first applications of DNA technology was the manipulation of E. coli to produce human insulin, improving innumerable lives.

“Bacteria have been evolving since the beginning of life on Earth”

It’s one of many displays designed to turn perceptions on their heads or at least remind us of bacteria’s central role in life on earth as we know it today.

Another insight into this infinitesimal world comes from the edge of a colony of the opportunistic pathogen, Pseudomonas aeruginosa, under antibiotic treatment. The red cells secrete an enzyme that protects the yellow cells from the antibiotic and allows both strains to thrive despite the drug. Meanwhile Streptomyces bacteria generate antibiotics to kill rival bacteria, and they are the source of many of our antibiotic medicines.

Professor Judith Armitage FRS, who as well as being the lead scientist for the exhibition is Professor of Biochemistry at University of Oxford and President-elect of the UK Microbiology Society says she hopes the exhibition and its displays will “go some way to revealing the generally unknown and unseen vast, diverse world of bacteria”.

“Bacteria have been evolving since the beginning of life on Earth and helped form the planet on which we live, providing the oxygen and much of the nitrogen needed for current life,” she adds.

“Their complex communities, where they live and die, compete, communicate, cooperate, fight and have sex have evolved for specific environments and, we are coming to realise, are essential for healthy soils, oceans and even ourselves.” 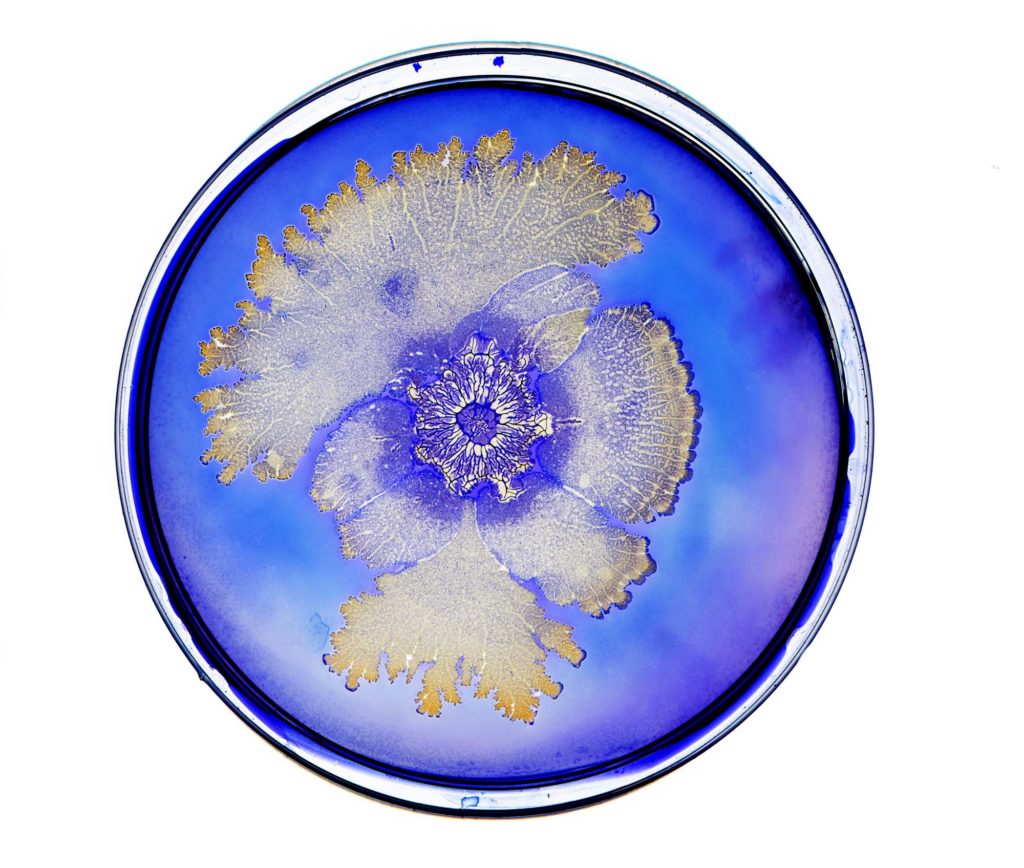 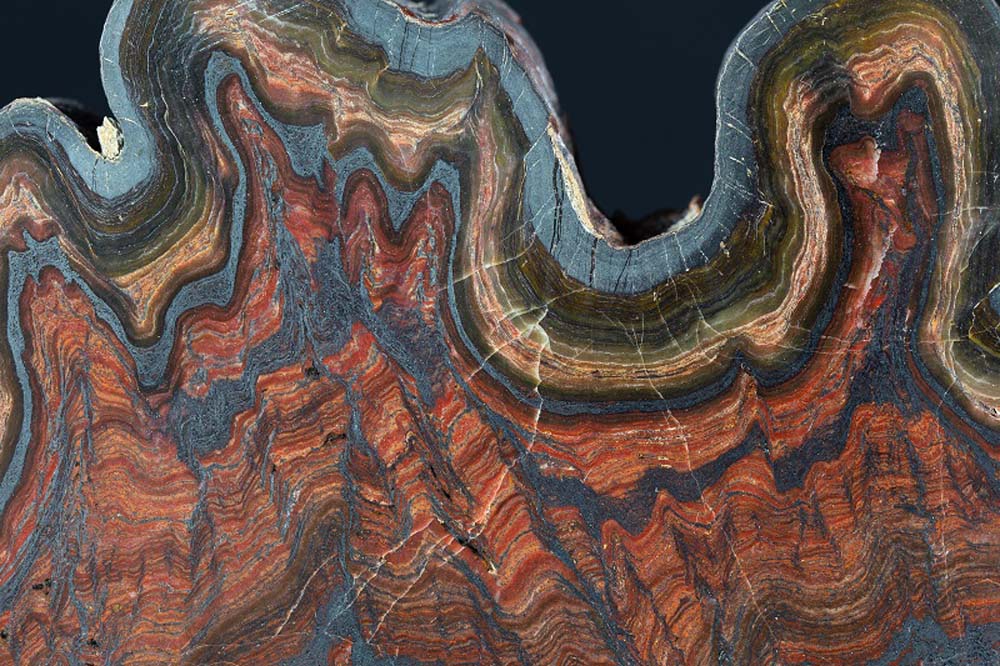 The dark layers in this banded iron formation show forms of oxidized iron, and the rock’s age – at 2.6 billion years old – provides some of the earliest evidence of oxygen production by photosynthetic bacteria in the oceans. Image: Oxford University Museum of Natural History

A display of ‘Top 10 Bacteria that Changed the World’ reveals the positive impact bacteria have had, and continue to have, on the planet by driving the nutrient cycles on which all life depends. A display of pea plants shows how bacteria break things down in decay and then ‘fix’ vital nitrogen to the roots to ensure growth. Whilst many associate bacteria with diseases, they also help to fight disease and the exhibition reveals how the Wolbachia bacterium is being used to combat malaria.

“While some, in the wrong place, can cause diseases,” adds Prof Armitage, “we need to understand microbial communities to be able to continue to control those diseases and to maintain both a healthy body and a healthy planet.”

Bacteria might just offer a small ray of light in the fight against global pollution in the oceans where they have evolved to consume some human-caused pollution, including oil-spills, as in the case of the Deepwater Horizon disaster.

Recently-discovered bacterium Ideonella sakaiensis can even eat some plastic, thanks to an evolved ability to produce an enzyme called PETase, which breaks down Polyethylene terephthalate (PET) .

Rolling back a mere 2.4 billion years, deep sea specimens of geological fossils show evidence of how bacteria oxygenated the Earth and allowed ecosystems to take root where there was no sunlight. Down in the nascent darkness, bacteria used a cocktail of chemicals to generate energy in a possible echo of how life first began. 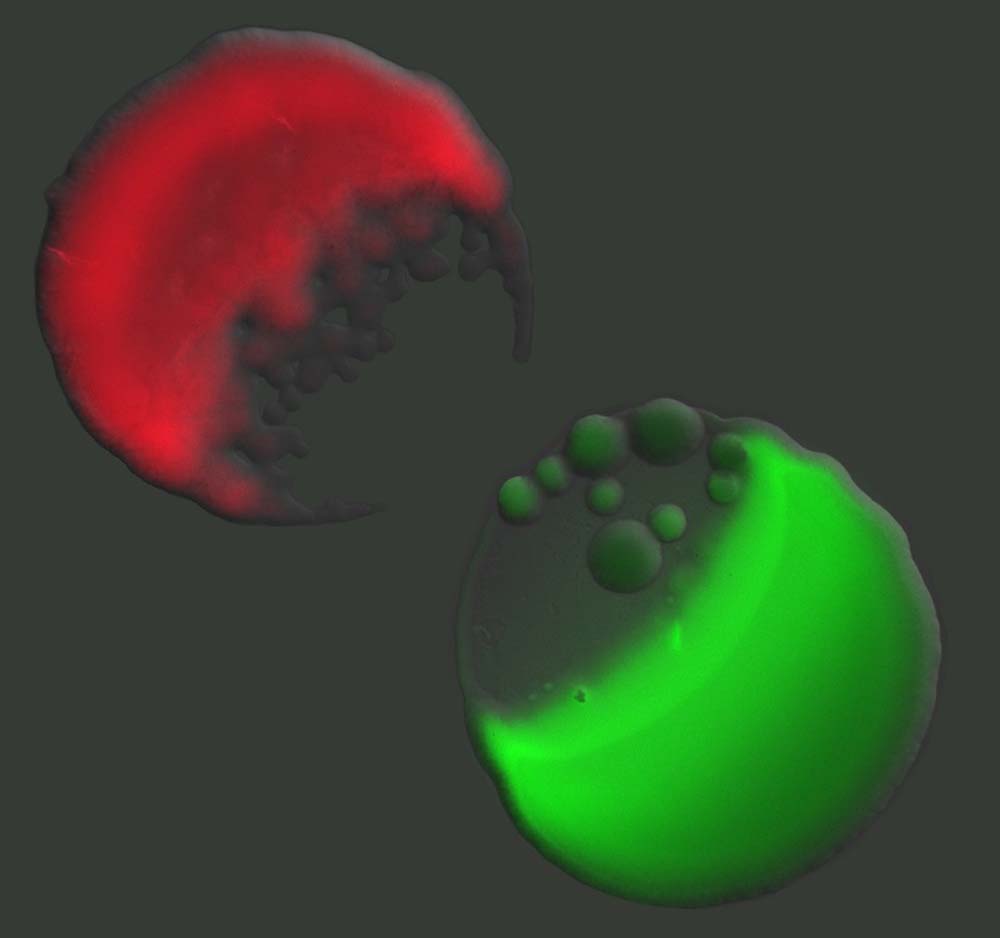 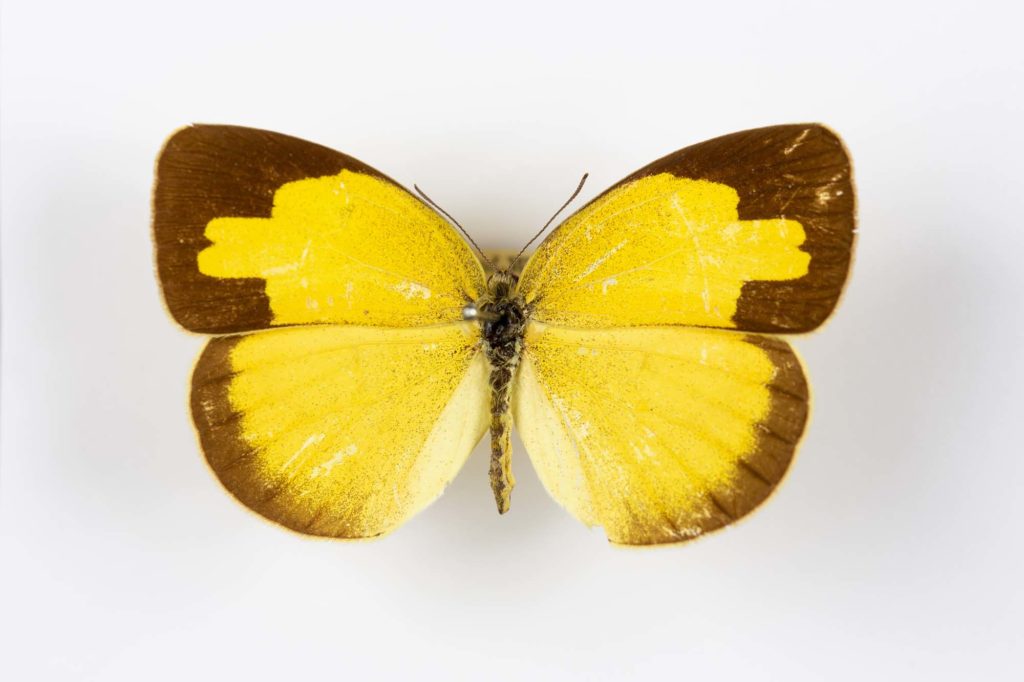 Another display explores animals and plants, which live symbiotically with bacteria, for all manner of reasons – to create bioluminescence that lures prey or creates camouflage (such as bobtail squid, lanternfish and ponyfish); to support diet (rabbits, koalas, leafcutter ants, leeches, vampire bats); and in order to create a toxin for hunting or defence (arrow worms, blue-ringed octopuses, pufferfish, armadillos and horseshoe crabs, to name but a few).

The Common Grass Yellow butterfly even hosts Wolbachia bacteria, which skew the population in favour of female butterflies.

Elsewhere two strains of E. coli (labelled with green and then red fluorescent protein) fight using colicin toxins. Each strain can detect the incoming toxin from the other and ramps up its own toxin production in response, leading to a large no-man’s land where all cells are killed.

Interactives include a game called Gut Wars, which sets bacteria armed with different weapons and abilities up against one another in a simulated gut environment. Another interactive, Bacteria Explorer, allows users to descend into the microscopic world of bacteria and learn more about their shapes and abilities by exploring virtual 3D models.

These tiny organisms wield huge influence over us, shaping the past, present and future of life on our planet. Bacterial World reveals how. 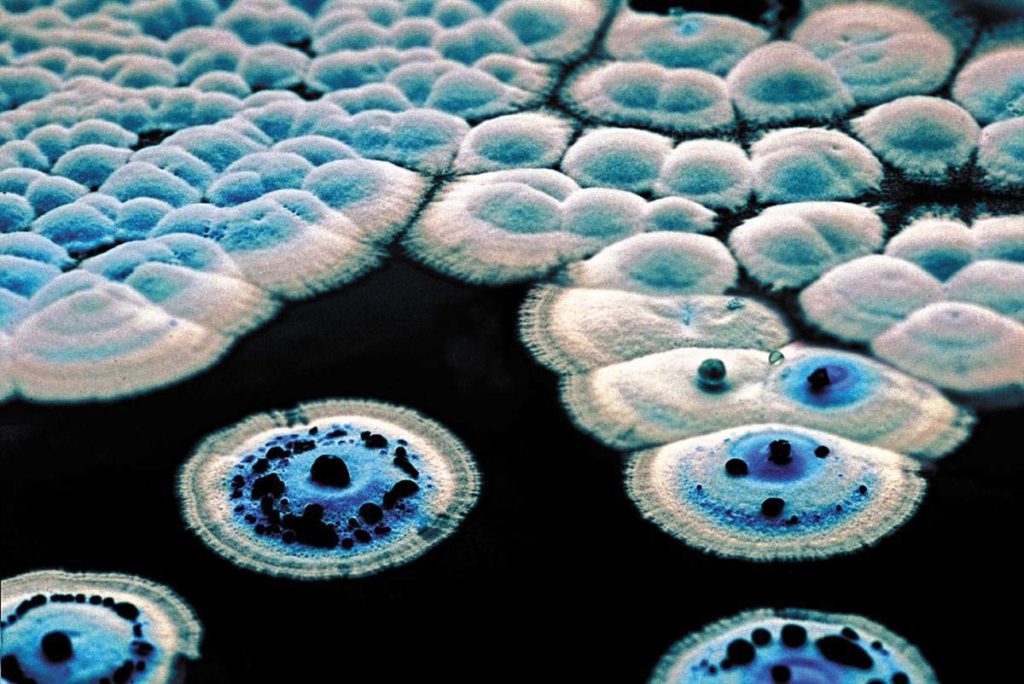 Colonies of Streptomyces coelicolor making the blue antibiotic actinorhodin. Streptomyces bacteria generate antibiotics to kill rival bacteria, and they are the source of many of our antibiotic medicines. Image: Tobias Kieser, John Innes Centre