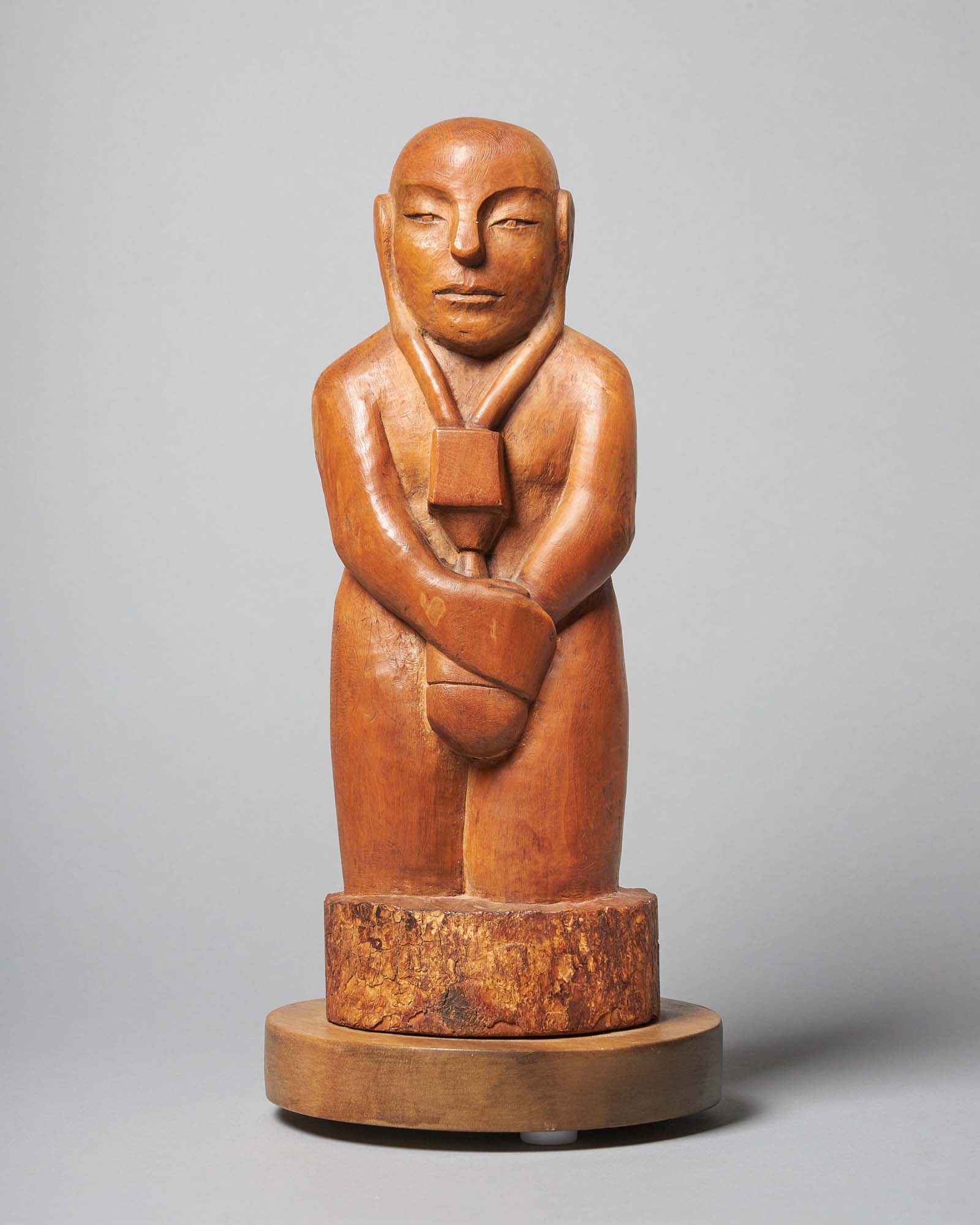 There’s something in that sentence that speaks volumes about the experience of Black Britons and the underrepresentation of Black British artists in the canon of British art history. But in the context of his times – Moody was active from the 1930s when many racial prejudices went largely unchallenged – it’s also a reminder of his achievement and the importance of his work both as an artist and a Black Briton.

Born in 1900 in Jamaica, Moody left in 1923 to study dentistry at King’s College, and in the early 1930s set up his own practice near London’s Oxford Circus. But he was inspired by the collections of African and Asian art at the British Museum to abandon dentistry and pursue sculpture, initially experimenting with leftover plasticine from his dentistry training to mould imaginary faces before teaching himself to carve in wood.

By the late 1930s his sculptures were being bought by collectors and also shown in exhibitions in Paris and the United States. After the Second World War (at the outbreak of which he had to flee Paris and make his way back to Britain across occupied France) his reputation in Britain steadily grew. 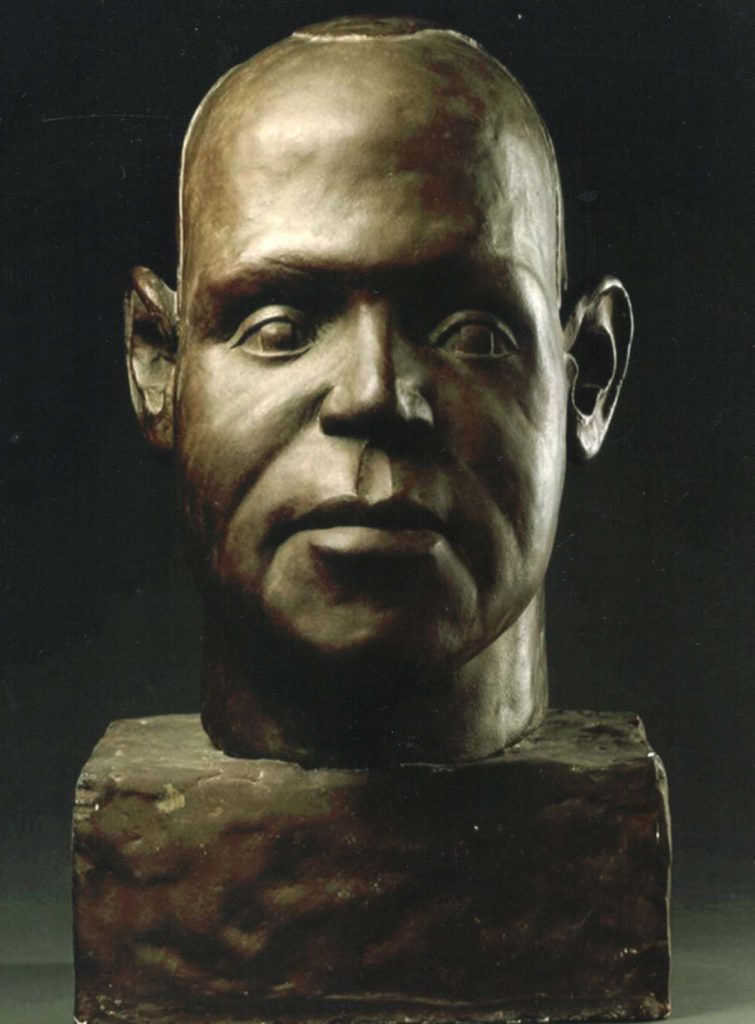 In the 1960s he became associated with the Caribbean Artists Movement, a ground-breaking group of actors and theatre directors, film makers, writers, visual artists and poets who for a few short years into the early 1970s paved the way for Caribbean artists and Black Britons to participate in the cultural life of the country that had become their home.

The first of Moody’s sculptures, The Warrior (1974), was acquired by the Gallery earlier this year at an historic sale at Christie’s – the first work by the artist to come up at auction in this country – with support from Art Fund, V&A Purchase Fund, and private donors.

The Warrior is a powerful example of Moody’s interests in non-Western art, made from Kauri wood (a native New Zealand wood). The Warrior draws on ancient figurative sculptures but also displays a modern interest in music and technology.

The sculpture depicts a male figure cut off above the knees with a stethoscope hanging from his ears, the bulb of which is in the form of a bomb, a recurring symbol of Man’s potential for self-destruction. Seemingly oblivious to his environment, the figure’s closed eyes signify not only concentration, but also blindness.

The Gallery, which has one of the best regional collections of twentieth century British art, has since received a further sculpture by Ronald Moody gifted by the Ronald Moody Trust, a powerful portrait bust of the sculptor’s brother Dr Harold Moody (1946).

Harold was Ronald’s older brother and a key figure in the fight for racial equality in Britain who came to England in 1904 to study medicine – also at Kings College. However, racial prejudices meant work opportunities were scarce and he had to set up his own practice in Peckham.

Driven by his experiences and those of his community, he founded the League of Coloured People in 1931 to fight discrimination and seek better opportunities and conditions for students and workers from Africa and the West Indies in England. 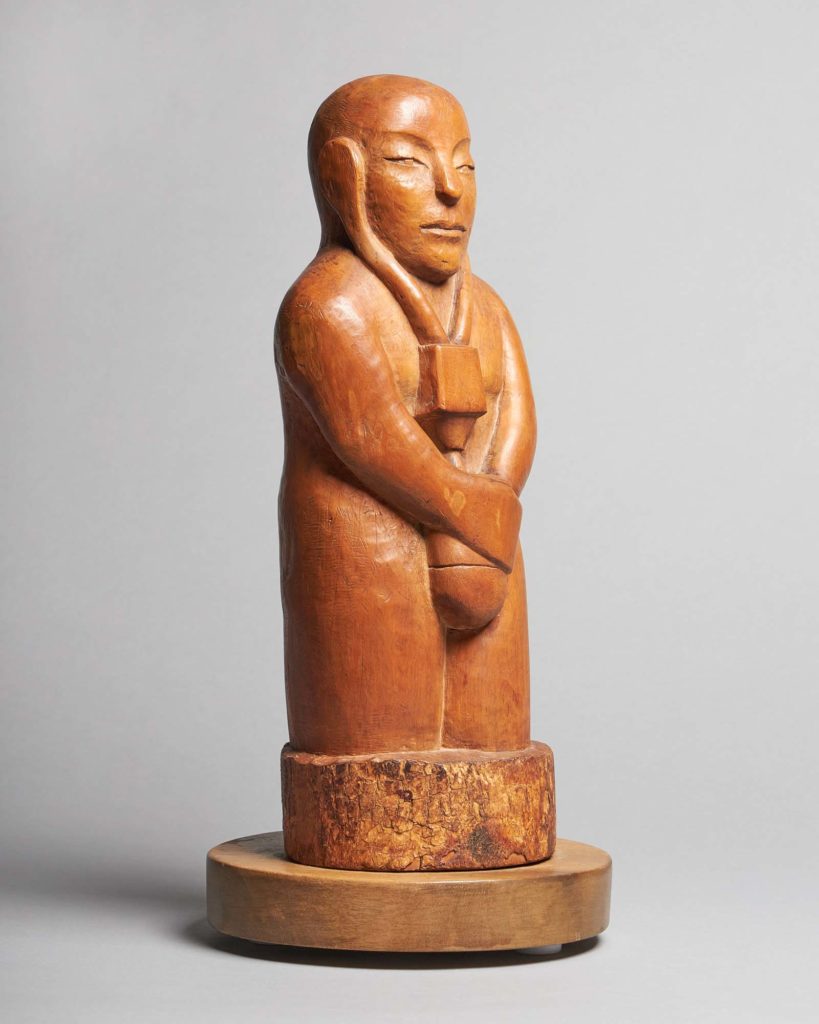 “These are very important and timely acquisitions for Pallant House Gallery,” says Director Simon Martin, “particularly in terms of diversifying our Modern British art collection as we committed to do last year.

“We have been able to look back deeper into the representation of Black artists and sitters in 20th British art and can now tell a fuller history of Modern British art, to which Moody made a significant contribution, in our collections, exhibitions and public programmes.”

Both sculptures are now on display in the Gallery.

More: Read an article about Ronald Moody on the Tate website www.tate.org.uk/art/artists/ronald-moody-2298/reputation-restored

Pallant House Gallery in Chichester is a leading UK museum that stimulates new ways of thinking about British art from 1900 to now. As well as an original and critically-acclaimed exhibition programme and a public programme with inclusion at its heart, the gallery houses one of the best collections of…