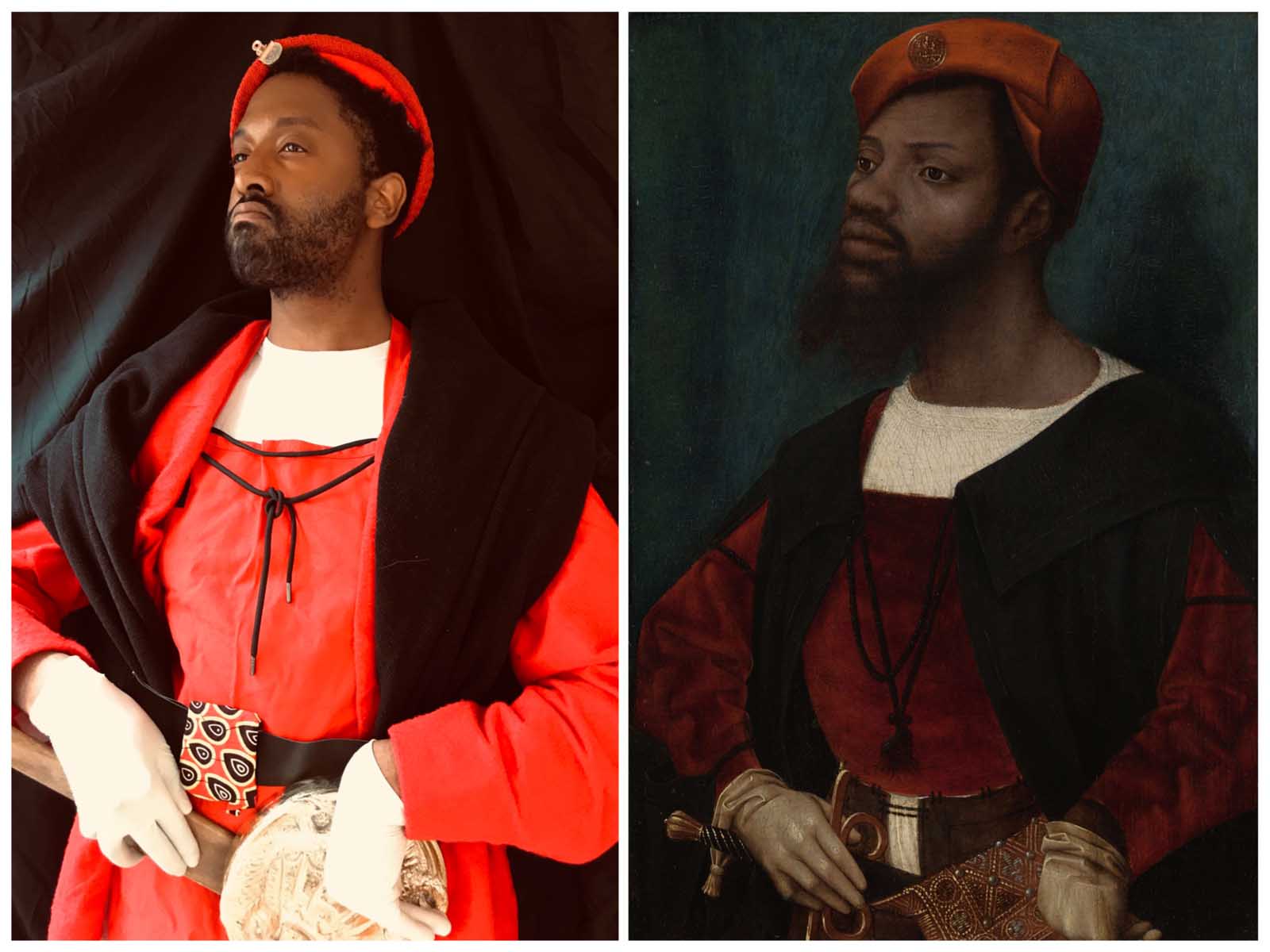 Today the Renaissance is remembered as a time of cultural ‘re-birth’, a flowering of the arts that gave rise to artists such as Michelangelo and Leonardo and enshrined new ideals of beauty.

A still largely unexplored facet of the Renaissance is the diverse, multicultural European life represented in its art, particularly the representation of Black individuals.

Portraits and images of Black people abounded in the Renaissance. They included portraits drawn from life as well as a wider cast of imagined Black identities such as biblical subjects, saints and allegorical figures.

Some of these images are now being shared in a new outdoor exhibition across King’s College London’s Strand Campus called Visible Skin showcasing artworks by renowned opera singer and broadcaster Peter Brathwaite. 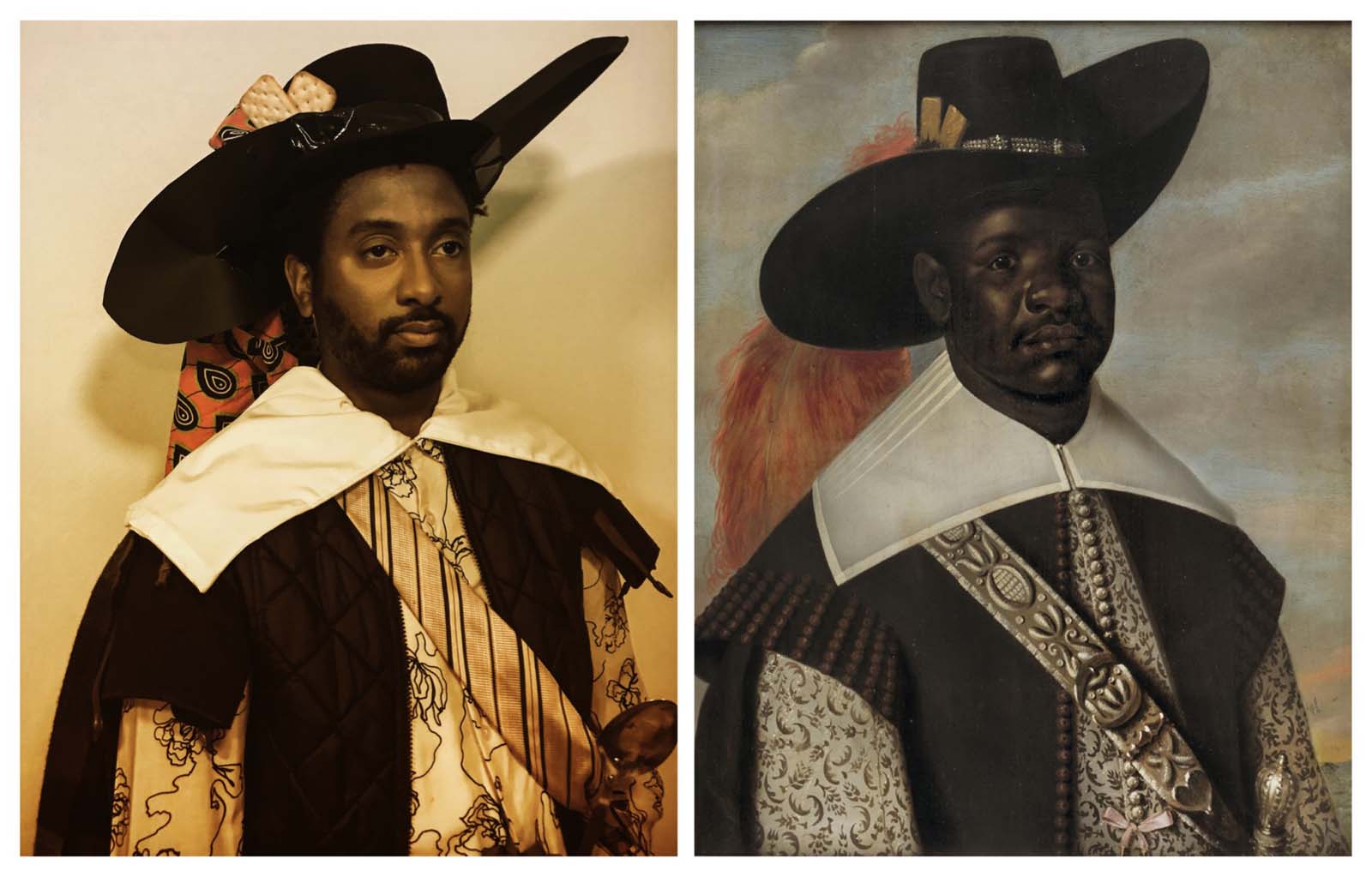 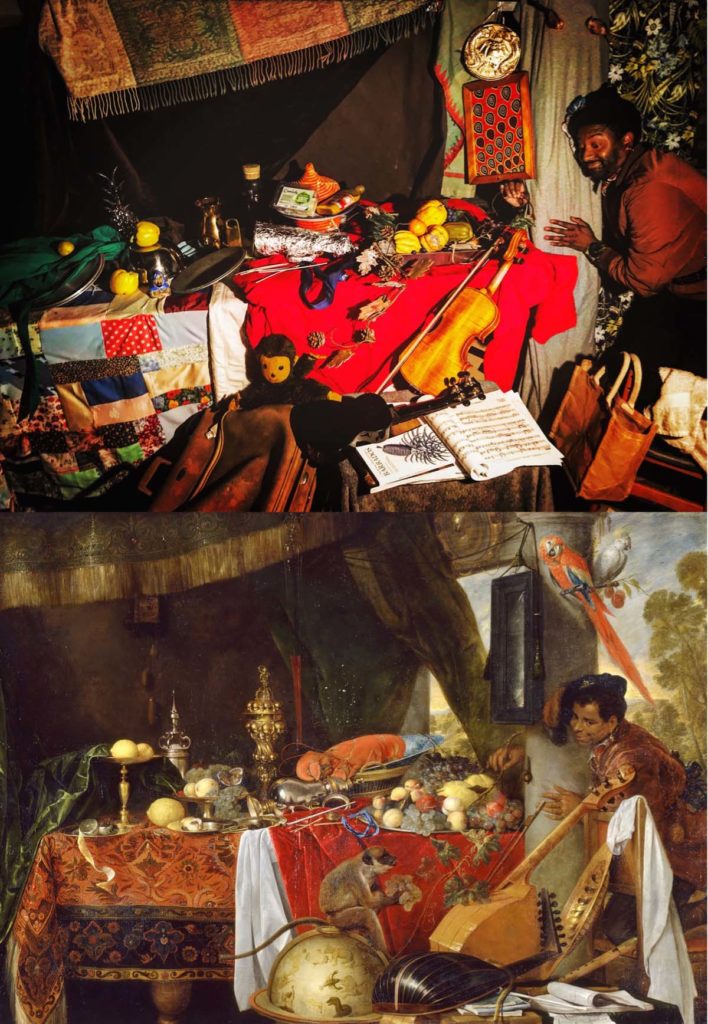 Jan Davidsz de Heem, ‘Still Life with Moor and Parrot’, 1641, Museum of the City of Brussels. 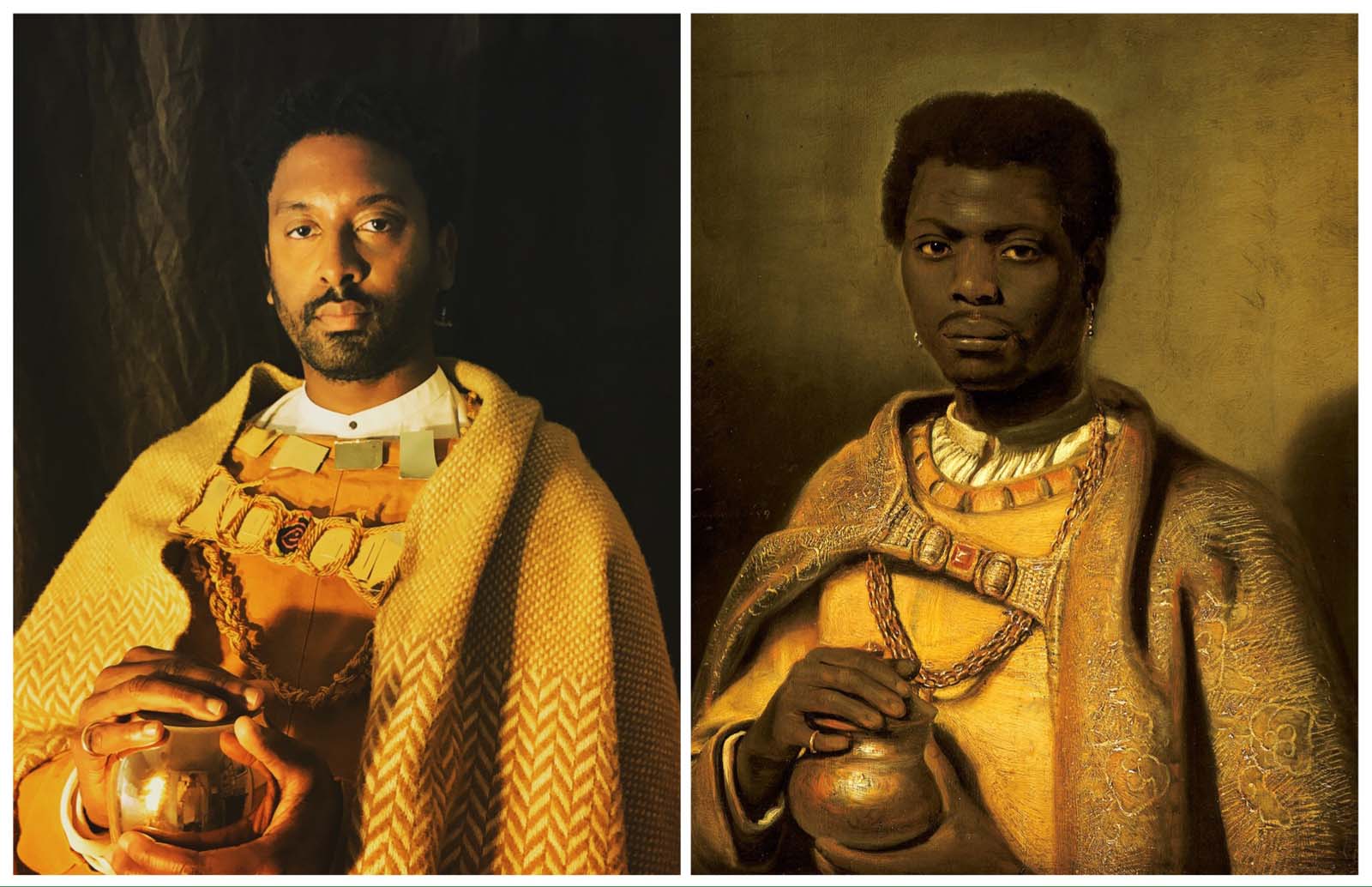 Brathwaite has restaged the images using items from his family’s past, and from his cultural heritage in Barbados and Britain. The project has its genesis with the Getty Museum’s Twitter challenge #GettyMuseumChallenge launched during the last Covid lockdown as a way of restaging famous paintings with everyday household objects.

In recent years, recreating famous artworks has become popular across social media platforms and Culture24’s own Van Go Yourself website was in some ways at the vanguard of this trend when it launched in 2013. But for Braithwaite this artistic manifestation of the selfie craze has a different dimension and purpose.

“Rediscovering Black Portraiture is about platforming less-dominant voices,” he says, “specifically the Black lives silenced by the canon of Western Art.”

At first sight, some of the images may seem playful – but they not only testify to the presence and prominence of Black life in Renaissance Europe, they also mirror its complexities. European countries had a long history of trade and diplomatic contact with African kingdoms.

From the 1440s onwards the trade of enslaved peoples began to overlay this longer history. But not all Black or African people in Europe were enslaved or connected to slavery, nor were all Black people African. Princes and diplomats, Black travellers, merchants, emissaries, performers, clergymen, and skilled craftsmen all appear in the records, and the visual art, of the Renaissance. 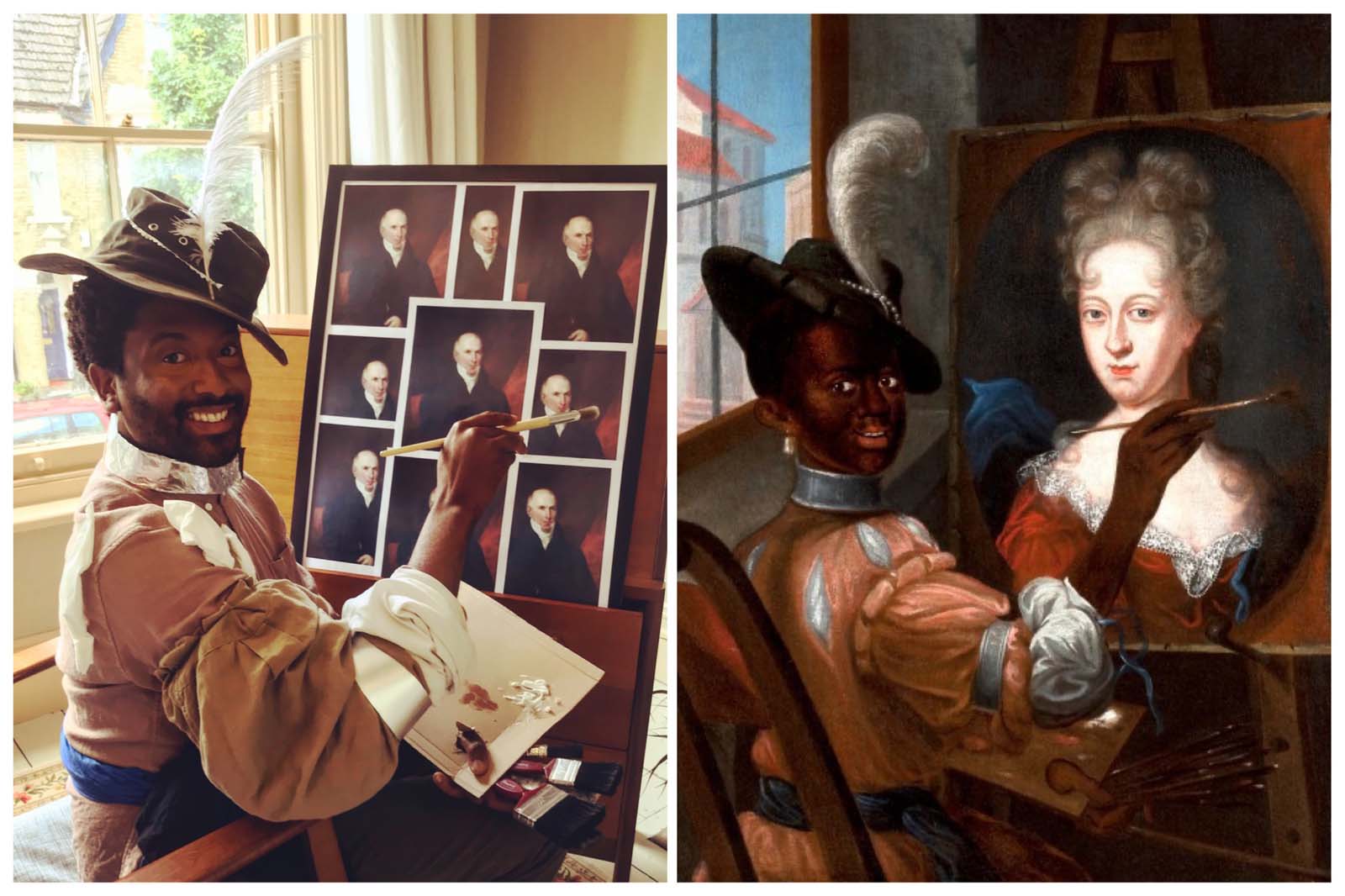 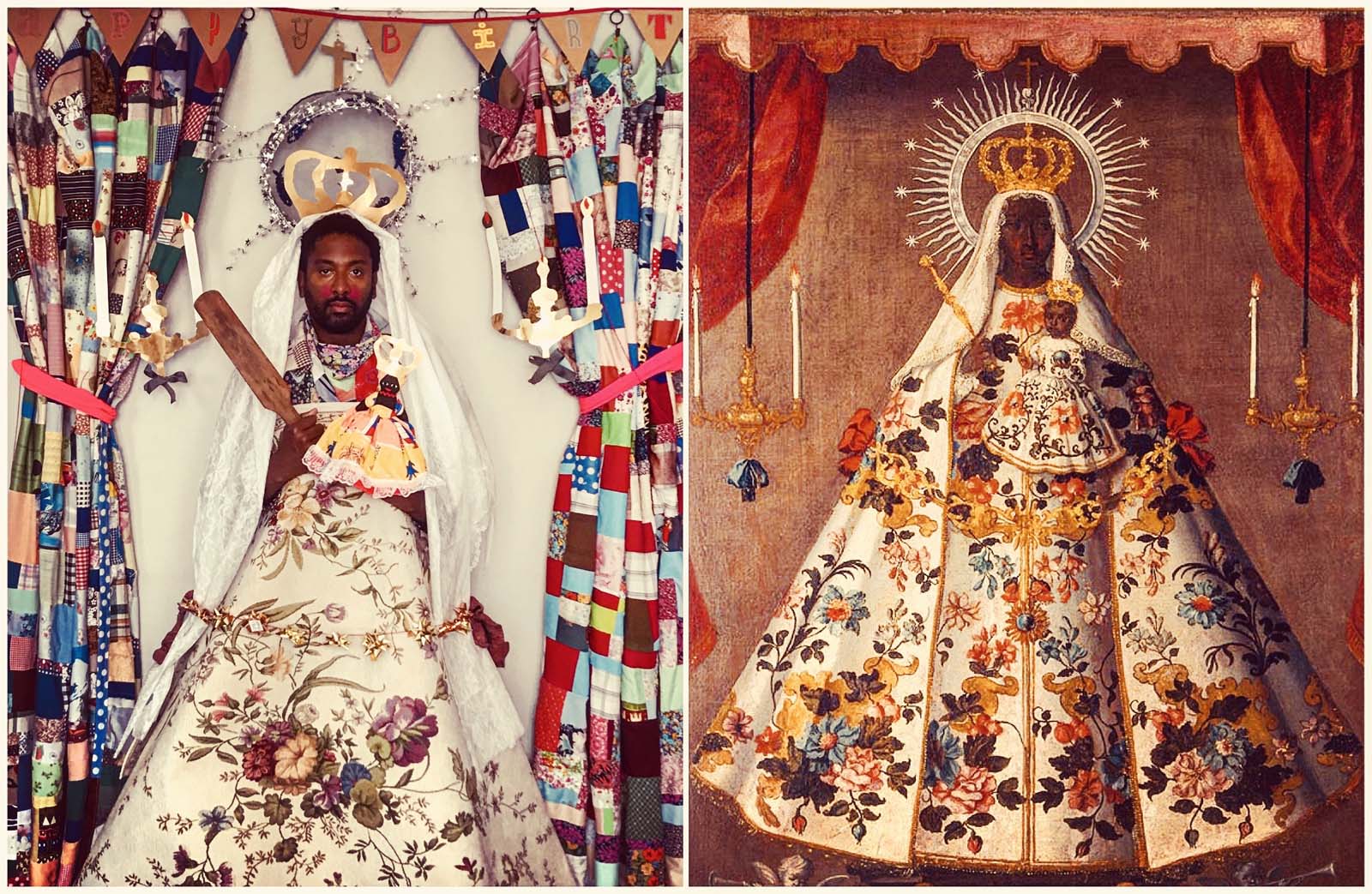 Brathwaite, who studied at the International Opera School of the Royal College of Music and Operastudio Vlaanderen, Ghent and performed for Royal Opera House, English National Opera, Opera North, English Touring Opera and Glyndebourne, has a track record for exploring forgotten or silenced histories.

In 2014 he created the multimedia recital Degenerate Music: Music Banned by the Nazis (London Song Festival/Studio Niculescu Berlin) which was later developed into Effigies of Wickedness: Songs banned by the Nazis (English National Opera/Gate Theatre).

This current foray into public art is a collaboration with Kings College London and is an offshoot of their Renaissance Skin research project, which is delving into the range of ways in which skin, both animal and human, was conceptualised and used in Europe between 1450 and 1700.

“My collaboration with the Renaissance Skin research team at King’s College London represents some of the stories and lives that have remained hidden from view,” adds Brathwaite. “I hope Visible Skin can start a dialogue that allow us all to speak about a past that is often avoided in the present.”

“Brathwaite’s photography asks us to look again at the visibility of race in the Renaissance period in Europe,” adds Evelyn Welch, Professor of Renaissance Studies, Provost & Senior Vice President (Arts & Sciences) at King’s College London. “We hope this intervention in the public spaces around the Strand will provoke comment, dialogue and discussion.” 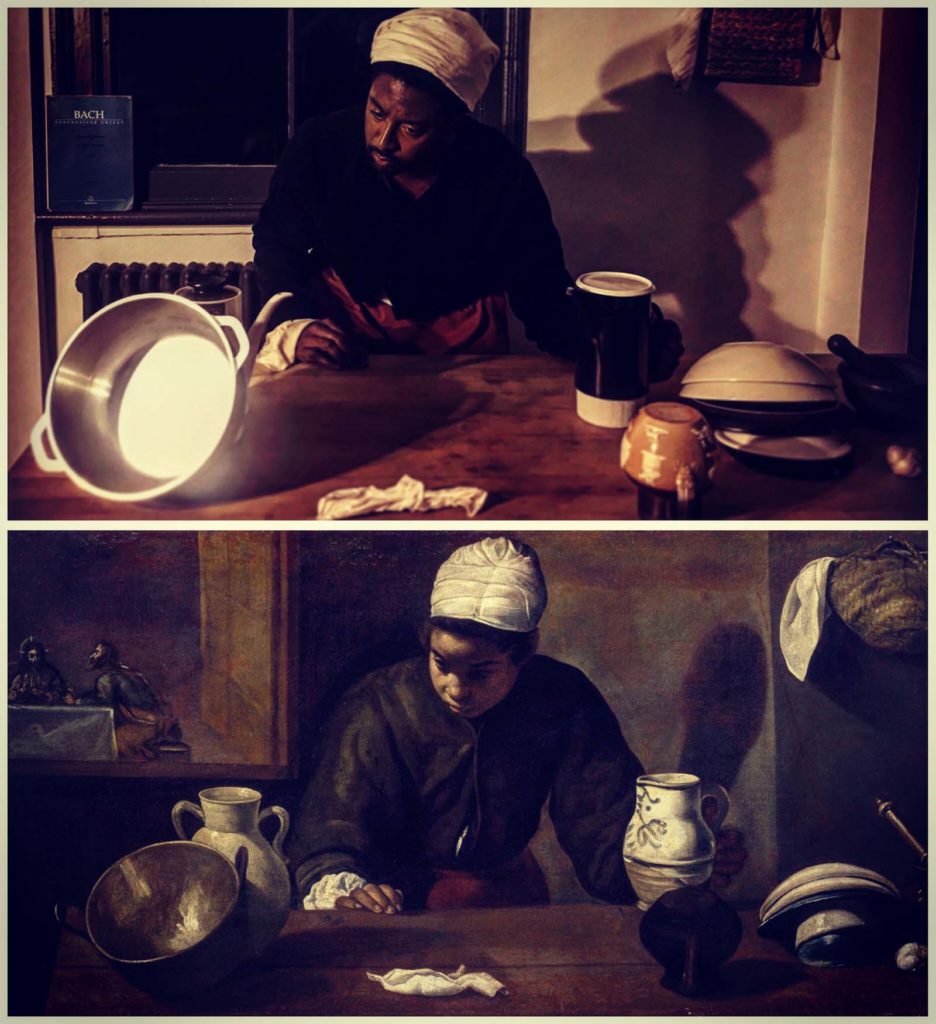 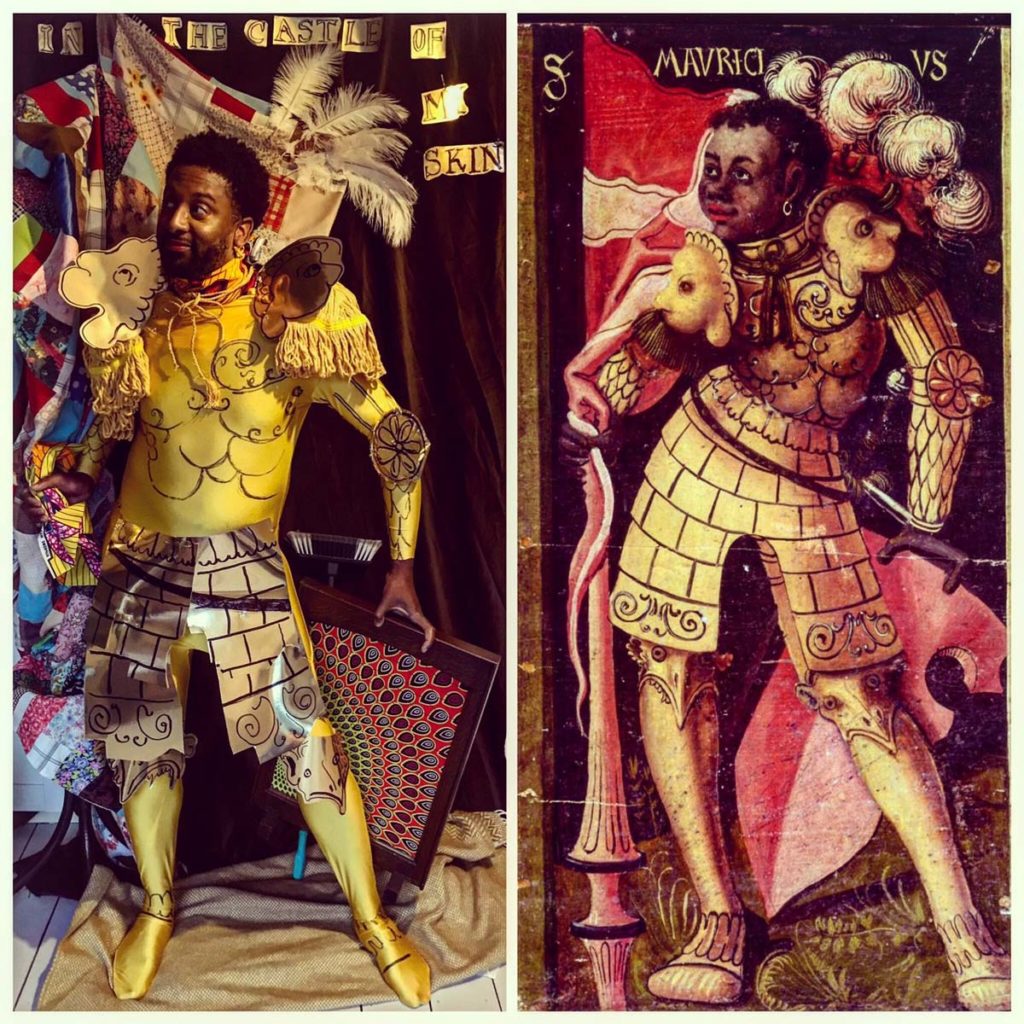 Photographs from the series are on show in windows across King’s Strand buildings, as part of Westminster City Council’s launch of the Strand Aldwych project until December 10 2021.