Jane Seymour wears the look of someone carrying the burden of marriage to Henry VIII while Thomas Cromwell and Thomas More seem constipated by the unenvious job of serving an increasingly unstable king during one of the most turbulent times in British history.

Each picture in the Holburne’s remarkable parade of Tudor portraiture sends you down a rabbit hole of history – stories frequently ending in a death by beheading. Of the dozen historical figures featured in this preview, half of them went to the scaffold.

The Tudor dynasty’s bloody reign over 16th-century England, from 1485 to 1603, encompassed the tumultuous years of the Reformation with the rise of the Church of England and the dissolution of the monasteries; conflict with Scotland, France, and Spain; conquest and colonisation in Ireland and the Americas; and the expansion of England’s global reach via piracy and trade.

This exhibition has all the major players from this wild period in British history and brings visitors face-to-face with the Tudor monarchs – Henry VII, Henry VIII, Edward VI, Mary I and Elizabeth I. To this day they remain some of the most familiar figures in English history; not least because these instantly recognizable portraits have preserved their likenesses for five centuries. 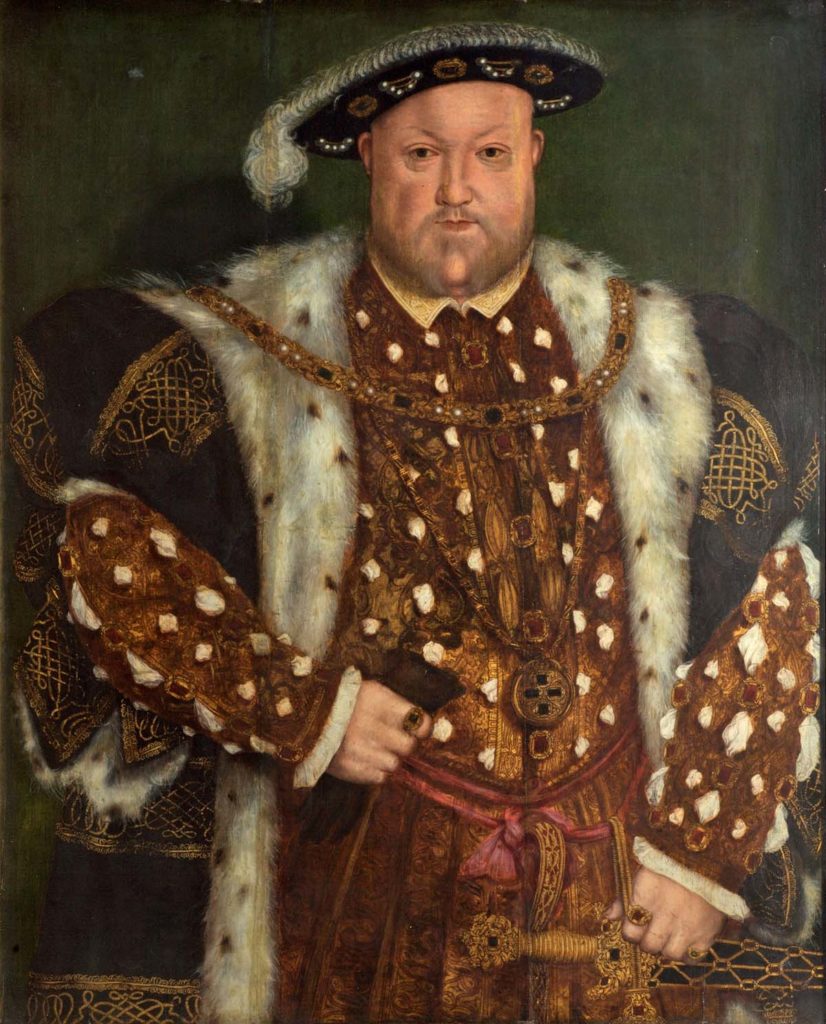 Developed in partnership with the National Portrait Gallery and National Museums Liverpool, the exhibition combines the famous faces from the Holburne’s popular Tudor Collection, together with classics from the NPG which is currently closed for the Inspiring People redevelopment project.

Several of the portraits have never been shown outside London, including a portrait of Jane Seymour after Hans Holbein the Younger, and the highly unusual Sir Henry Unton (c.1558–1596) portrait, which is an unparalleled visual record of the life and times of a Tudor nobleman, painted posthumously for his wife to commemorate the key moments in his life and death.
Unsurprisingly it continues to fascinate scholars of the period.

Elsewhere some the most iconic images in British painting, include the ‘Darnley’ and ‘Armada’ portraits of Elizabeth I as well as vivid likenesses of many of the most significant figures of the time, including Sir Francis Drake and Sir Walter Raleigh, Thomas Cranmer, Thomas More, William Cecil and Thomas Cromwell, whose fame has recently been revived by Hilary Mantel’s Wolf Hall trilogy.

From the grim, steely ruthlessness of Sir Thomas Cromwell (after Hans Holbein the Younger, early 17th-century) to a fresh-faced Mary, Queen of Scots (c.1560–1592), contrasted with a more careworn image of her after she had been a prisoner for ten years (inscribed 1578), the quality of the brushwork and sense of realism is remarkable.

Anne Boleyn by Unknown English artist, late 16th century, based on a work of circa 1533-1536 © National Portrait Gallery, London

Sir Thomas More after Hans Holbein the Younger, early 17th century, based on a work of 1527 © National Portrait Gallery, London

Thomas Cromwell, Earl of Essex after Hans Holbein the Younger, early 17th century, based on a work of 1532-1533 © National Portrait Gallery, London

Mary ruled Scotland as queen-regnant from 1561 to 1568 but spent the rest of her life in England as a political prisoner, until her execution in 1587. She sat for Nicholas Hilliard while imprisoned in 1578 and that became the basis of almost all her subsequent images. After her death and that of Elizabeth I, her son, James I – who had been ruling Scotland as James VI since 1567 – accessed the English throne in 1603 and commissioned increasingly romanticised portraits of his mother, which effectively served as icons to her memory. But it was under his Tudor progenitors that royal iconography was instigated and nurtured.

“Royal portraiture significantly developed and flourished under Henry VIII,” says Curator Monserrat Pis Marcos. “If you compare the portrait of his father and the early portrait of Henry as he was about to turn 30, and you place them alongside the Whitehall mural or the Victoria Art Gallery, Bath’s portrait, which was based on the same composition, you will see that there is a radical change in the king’s attitude, in the way he presents himself before his subjects.

“The turmoil caused by the Reformation resulted in an increased demand for paintings of the monarch, so his portraits were copied and circulated in an unprecedented manner.
“Elizabeth I and those closest to her also realised the power of portraiture to convey different messages so, as her reign progressed, she moved away from portrait types championed by her predecessors, as these were closely associated with marriage and dynastic continuity through childbirth, opting instead for being represented in other roles such as goddess, empress and mother to the nation.”

Under the Tudors portraiture was also an effective form of propaganda, as Pis Marcos explains: “Commissioning a portrait of the monarch to hang in your stately home in the countryside showed your loyalty to the ruler, or your adherence to one cause or other and, in Tudor times, England was not short of causes to pledge allegiance to.

“This explains the portrait inflation and how the wealthy and powerful could use portraits to project an image of themselves onto others. Much as we use social platforms today, to present a certain image of ourselves, whether it be real or not.”

Queen Elizabeth I may have been further idealised or imagined due to her notorious reluctance to sit for portraits, prompting artists to base their likenesses on pre-existing examples. Visitors will be able to see for themselves why the National Portrait Gallery’s ‘Darnley’ portrait became so important, as it is one of the few of Elizabeth that was almost certainly painted from life. The pattern for the queen’s face was repeated throughout the remainder of her reign.

The ‘Darnley portrait’ shows the Queen looking cold, haughty and imperious, wearing a rather masculine doublet with a lace ruff collar, a double string of pearls looped around her neck and carrying an ostrich-feather fan. The portrait may have been painted by a Flemish artist, perhaps one visiting England for a short period. It is more lifelike than some of the later portraits, which did much to establish the idea of an ageless Virgin Queen.

Another purpose of Tudor portraits was to instil a sense of destiny and lineage. The faces that return our gaze presented royal viewers with the likenesses of their forebears, to remind them of their royal blood and that they were born to do great things.

They also played an important part in marriage arrangements. When Henry VII was searching across Europe for a second wife, he requested a portrait of Joanna of Naples in secret because “if she proved to be ugly and not handsome the King of England would not have her for all the treasures in the world; nor would he dare to take her, as the English think so much about their personal appearance”.

The fate of an entire dynasty could be sealed by one bad portrait. Henry VIII reportedly said: ‘I can make seven earls (if it pleased me) from seven peasants – but I could not make one Holbein, or so excellent an artist, out of seven earls’.

In addition to considering the way portraiture worked in the sixteenth century, The Tudors: Passion, Power and Politics highlights the roots of issues that continue to shape our lives today: tensions between Roman Catholics and Protestants that derived from the Reformation; alliances and disputes between England and continental Europe; the trans-Atlantic trade and piracy that characterised the early development of the British empire.

The dynastic, political, and religious drama of the Tudors may be 500 years old, but it seems they still offer up a good story – and historical insights about Britain today.

The Tudors: Passion, Power and Politics is at the Holburne Museum from January 28 – May 8 2022. 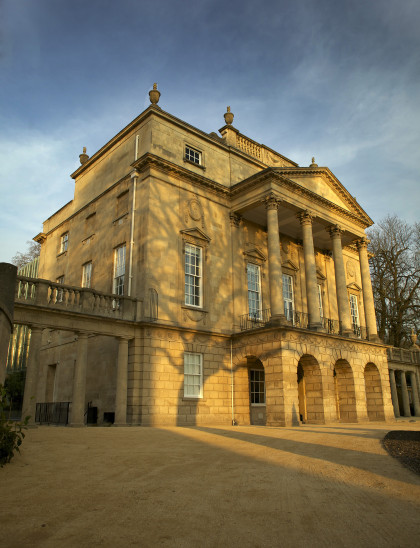 This jewel in Bath's crown was once the Georgian Sydney Hotel, whose glittering society Jane Austen watched from her house opposite. It displays the treasures collected by Sir William Holburne: superb English and continental silver, porcelain, maiolica, glass and Renaissance bronzes. The Picture Gallery contains works by Turner, Guardi, Stubbs…