These are the remains of a propeller from a World War Two Junkers Ju 88 German aircraft recovered from the outer Thames Estuary, 10 miles south east of Clacton.

Unearthed by a dredger in August 2011 as part of ongoing work on a shipping channel for the new Thames Gateway, sonar investigations undertaken by Wessex Archaeology revealed what appeared to be the outline of twin engines. A diving search in February 2012 confirmed the wreck site as being that of a Ju 88.

More than 15,000 Junkers Ju 88s were produced, but the presence of fragments from a large format camera suggested that this discovery was of a rare prototype T series, designed for high speed reconnaissance missions.

The largest artefact to emerge from the watery depths was an aircraft engine with markings identifying it as a BMW 801 engine, common in Ju88s including the T series. But the discovery of a control panel from a nitrous oxide boost system raised hopes that the rarer model had been discovered.

Known as the Ha-Ha Device, the system allowed the Ju 88T’s fuel to be enriched with oxygen which gave increased speed at high altitude.

The discovery of a FuG 25 ‘Friend or Foe’ radio system, which gave the high-flying series a means of being identified by their own air defence systems, meant archaeologist were able to confirm the type as well as the identity of the aircraft. 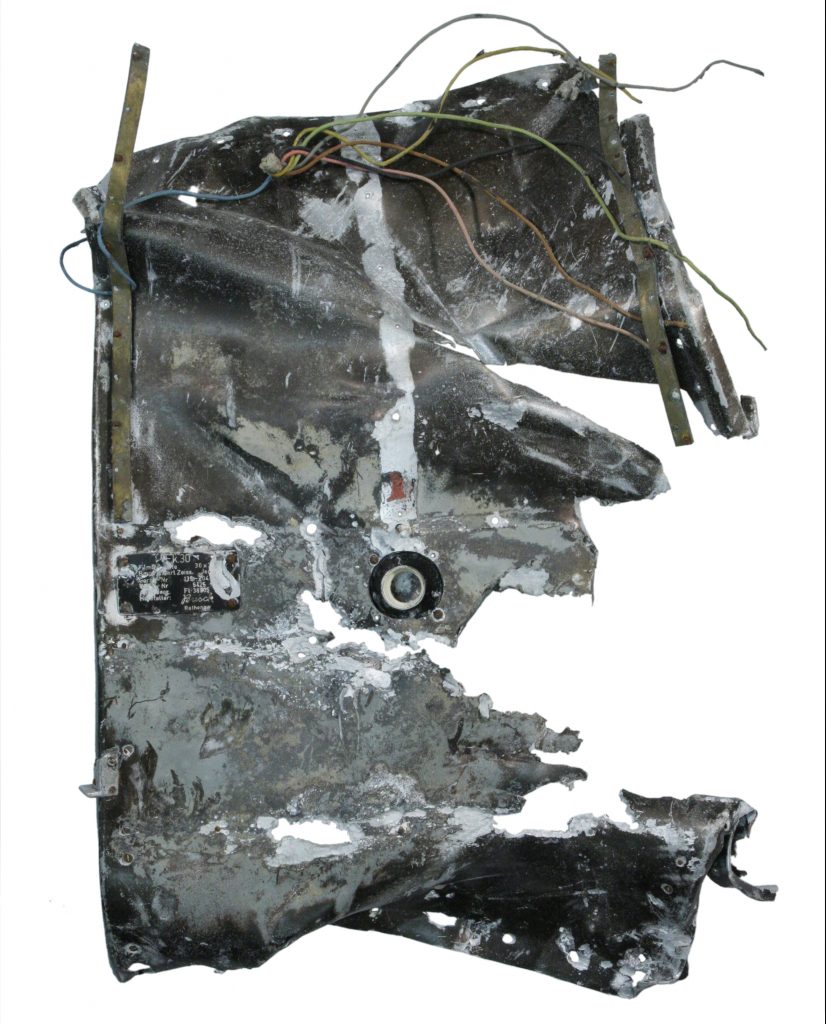 Only one T series is believed to have crashed in British waters: experimental works prototype Ju 88T Works Number 0678 T9+FH.

It was a clear morning on April 20 1943 when the Luftwaffe plane crossed the English Coast at 32,500 feet above Harwich and the Black Water Estuary. Trailing them at 34,000 feet were two RAF Spitfires flown by Norwegian pilots from 331 Squadron, which had been scrambled to intercept. From their vantage position above they honed in on the Ju 88’s vapour trails.

The German plane was piloted by veteran test pilot Leutnant Hans Joachim Baeumer, of the special operation unit Versuchsversband Oberbefehlshaber der Luftwaffe (VOdL). He was flying from Schiphol Airport in Holland on a photographic reconnaissance mission over the Chelmsford Marconi New Street Works, which at the time was producing vital components for radar systems.

As well as intelligence for bombing raids it is thought Baeumer and his crew were tasked with testing the capabilities of the prototype.

When his rear gunner spotted the Allied fighters, Baeumer aborted the mission and went into a steep dive to try and outrun his attackers – probably using the new Ha-Ha device. Unluckily for him and his crew the fighters were new supercharged Mark IX Spitfires – specially modified for high altitude combat with souped-up Rolls Royce Merlin engines. 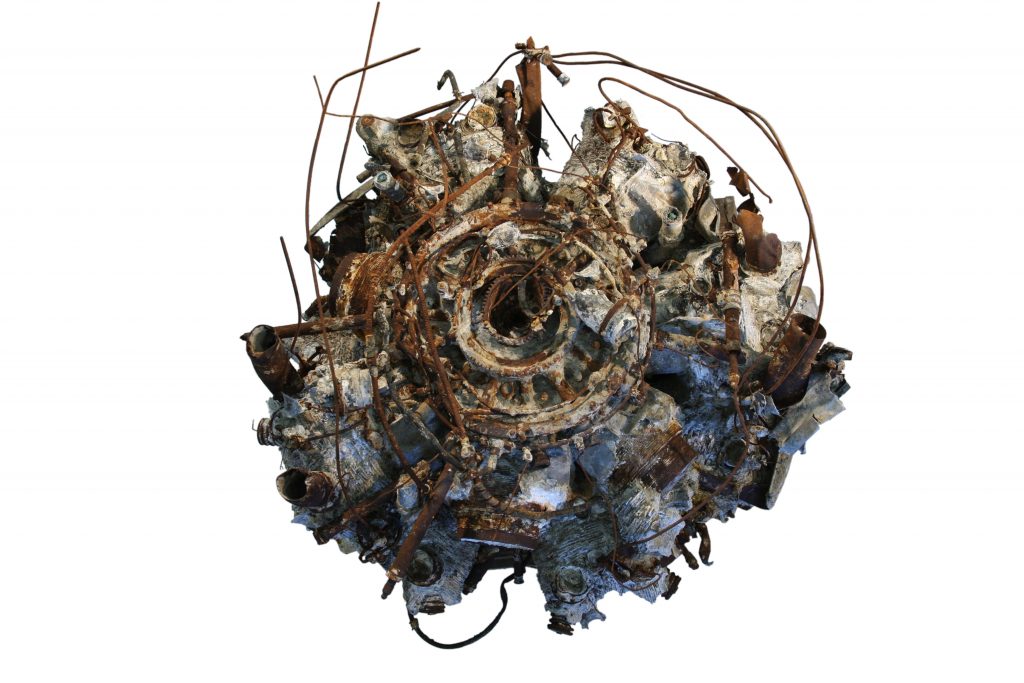 One of the engines from the Junkers Ju 88 © Wessex Archaeology

According to the account of Marius Eriksen, the Norwegian RAF fighter ace who claimed the kill, a short burst from his machine guns set the Ju 88’s port engine on fire before two more bursts caused it to turn over and explode.

Baeumer parachuted out and was picked up later, unconscious and with facial burns, by Allied Air-Sea Rescue Boat 7 from Brightlingsea, after he was seen in sear by an overflying plane from 277 A/SR Squadron, RAF Martlesham Heath. He was the only survivor of the three-man crew.

Despite being a mainstay of the German Luftwaffe and conceived as a ‘Schnellbomber’ or fast bomber, Baeumer’s Ju 88 was one of hundreds to succumb to RAF fighters during the war.

But as the war progressed it carved a niche in other roles such as ground attack, night fighting, tank busting, reconnaissance and anti-shipping – a role which wrought havoc among Mediterranean convoys.

The Ju88 also took part in ‘lone wolf’ attacks against the British coastline during the closing stages of World War Two. 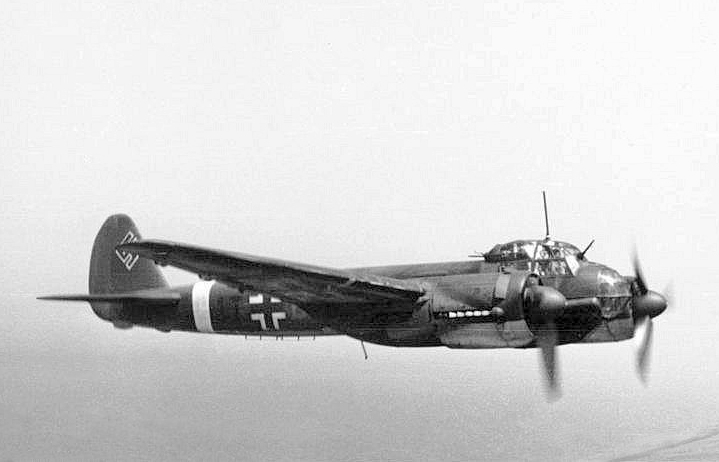 Throughout all of these episodes and guises, the Thames Estuary was a constant target. And as a main artery for Allied shipping convoys, Luftwaffe activity remained a threat throughout the war.

Today these battles have left archaeological evidence scattered all over the Estuary, from Sheerness to Clacton and beyond.

Work to record this underwater evidence, as dredging clears new shipping lanes, is being overseen by Wessex Archaeology, whose survey of the crash site has yielded more than 300 fragments, many of which have been identified.

“As a result of the work undertaken by Wessex Archaeology, the aircraft vividly illustrates a past which, although relatively recent, is now fading from memory,” he added.

“In a single episode the crash site intertwines the stories of secretive Luftwaffe units, the contribution of Allied nations to RAF units, decorated fighter aces and veteran test pilots.” 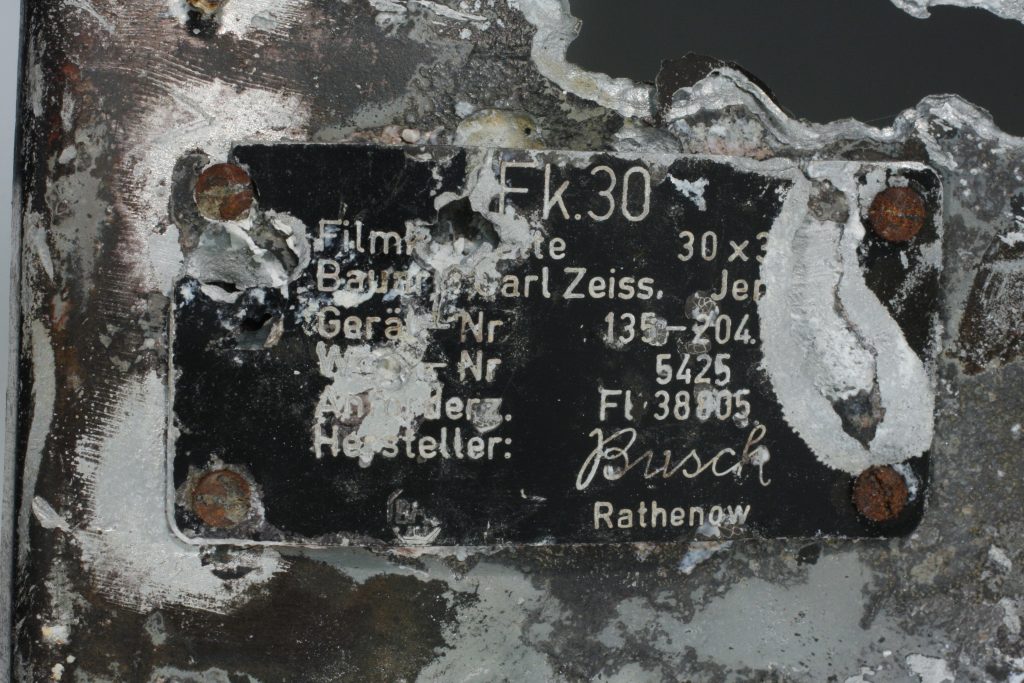 Further finds from the ongoing dredging process have included an aero engine believed to be from a German Heinkel He 111, a propeller hub from an as-yet-unidentified German aircraft and part of an Allied parachute.

Explore more about the project including a pdf booklet called Archaeology from the Sky: The Air War over the Thames Estuary which explores the story of the Dornier and the wider work to preserve and record the archaeology that remains beneath beneath the Thames’ watery depths.