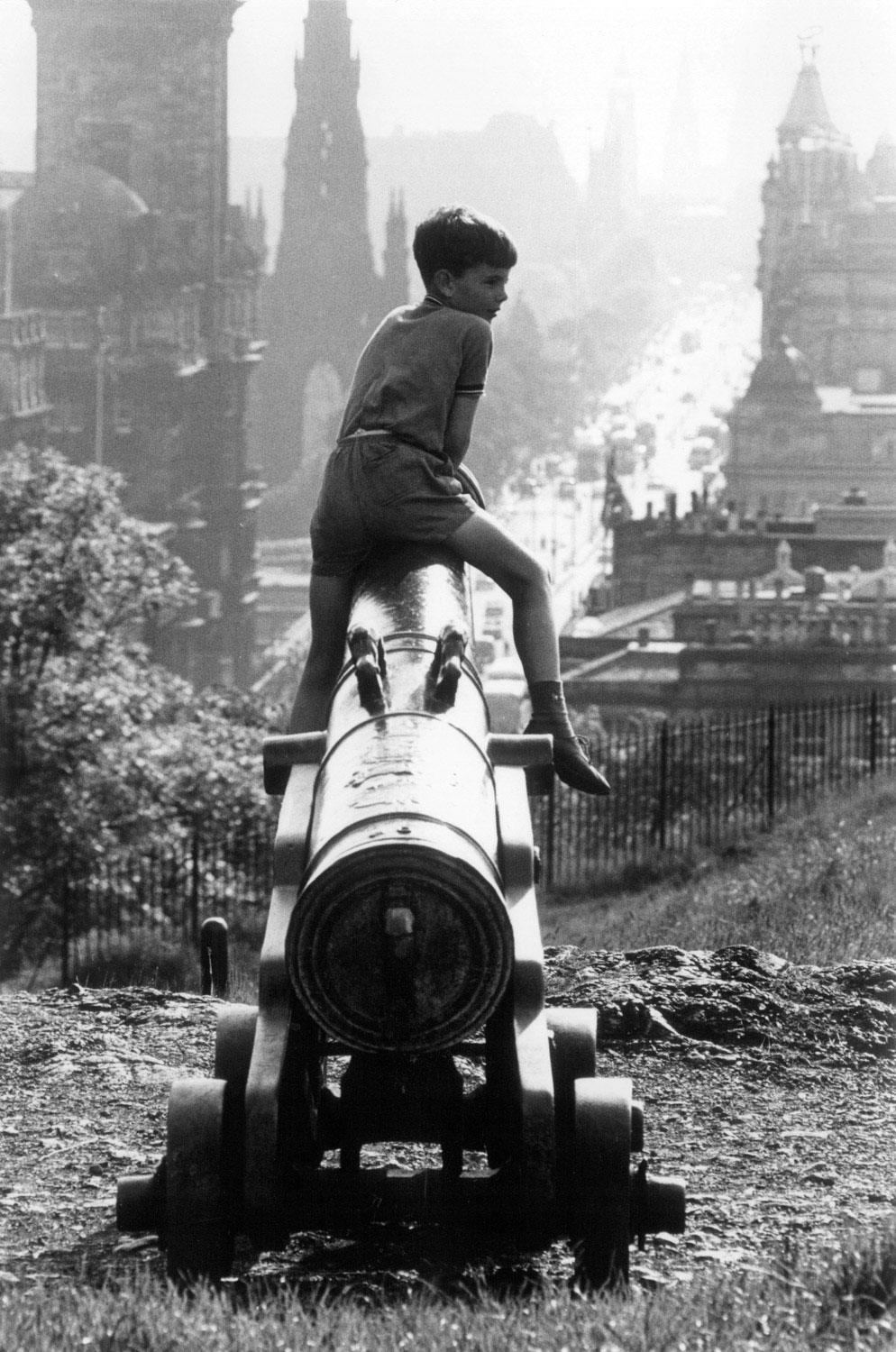 Robert Blomfield practised street photography across the UK from the 1950s to the 1970s, beginning in 1956 when, aged 18, he moved to Edinburgh to study medicine at the University.

Whilst a student Blomfield spent his free time capturing life on the streets, adopting an unobtrusive fly-on-the-wall approach to seeking interesting or amusing scenes in the rapidly changing post-war city.

His passion for photography was helped by an engaging manner and healthy disrespect for authority which allowed him to get close to a myriad of subjects.

In turn tender, bold and humorous, Blomfield’s photographs captured the full range of post war Edinburgh street life. Using a pair of Nikon F SLRs he developed and printed the photographs in a makeshift darkroom he set up in his student digs. 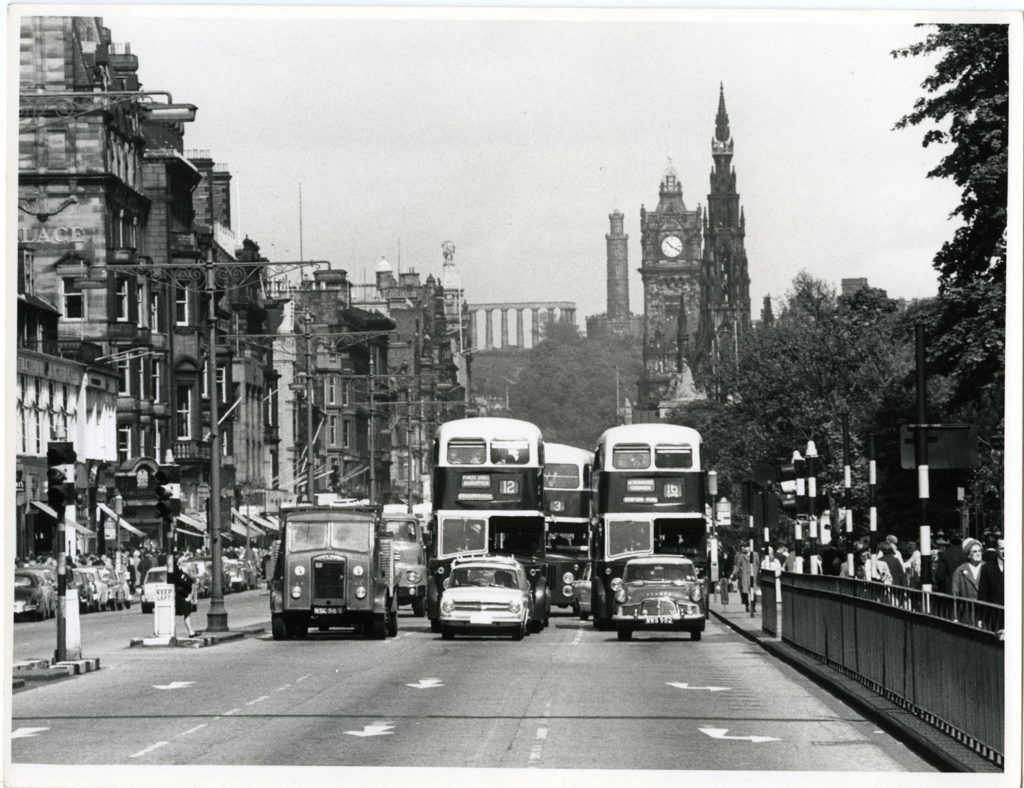 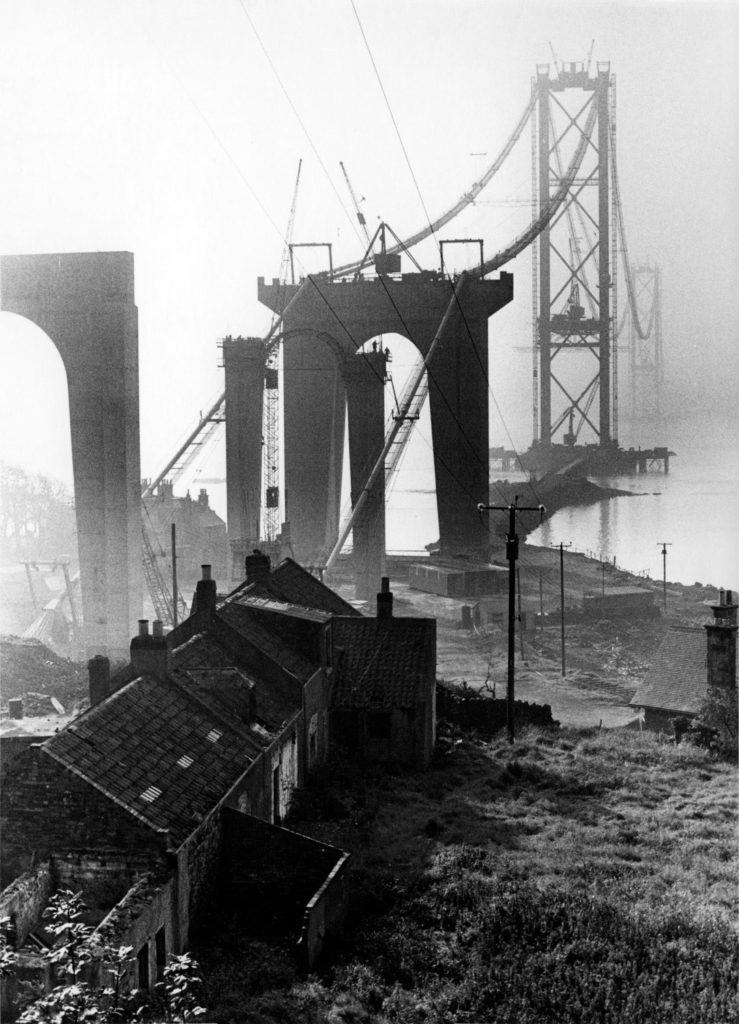 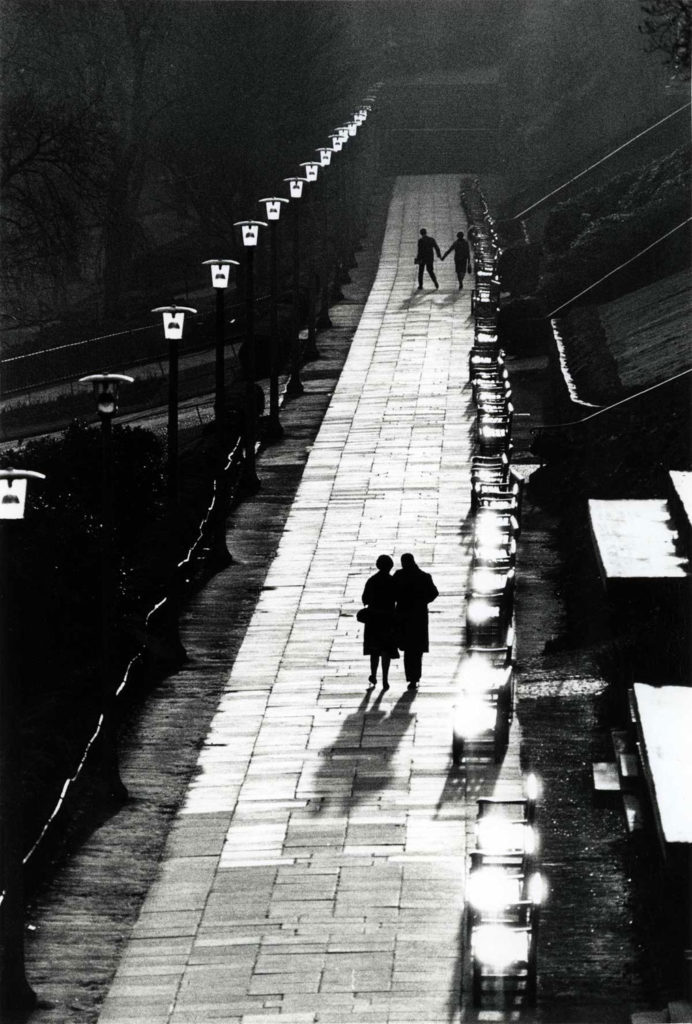 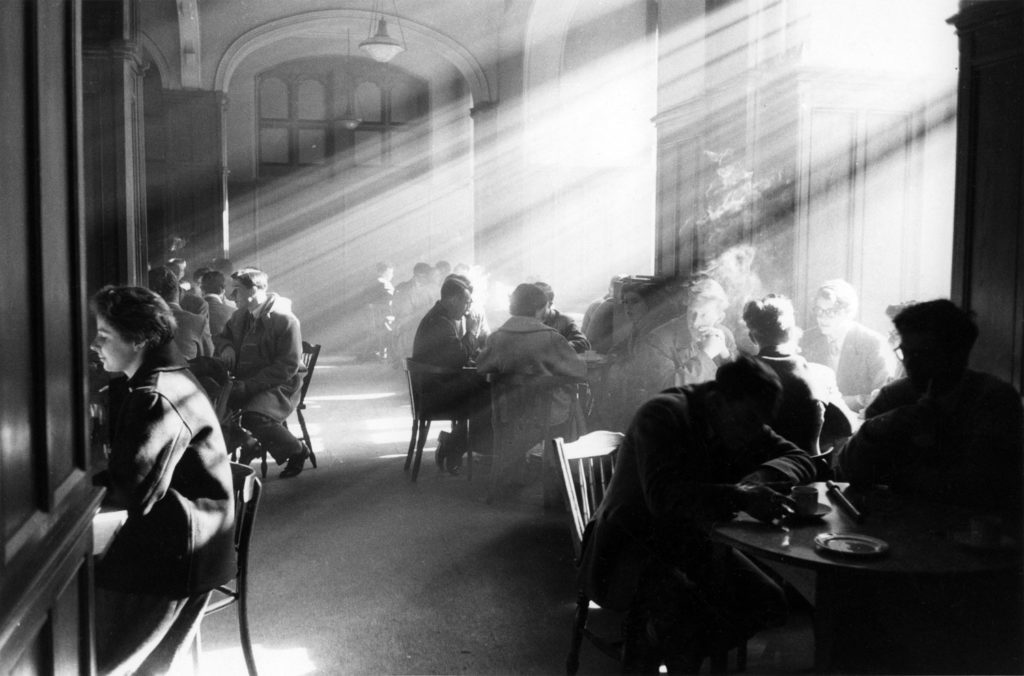 The City Art Centre is showcasing many of these vintage street images for the first time as Blomfield’s subsequent medical career meant his vast collection of striking images – which number in the thousands and carry echoes of Henri Cartier-Bresson and Vivian Maier – remained largely hidden, stored away in cardboard boxes.

In 1999, a stroke forced him to retire from medicine and put down his camera, and ten years ago, his wife Jane started the huge task of cataloguing and digitising the photographs. After her passing Blomfield’s three sons William, Edward and George, along with his brother Johnny, have continued this labour of love.

A selection of around 60 black and white works from this remarkable private collection are going on show to reveal and document the dramatic shifts that took place in Edinburgh’s urban landscape during the 1960s. 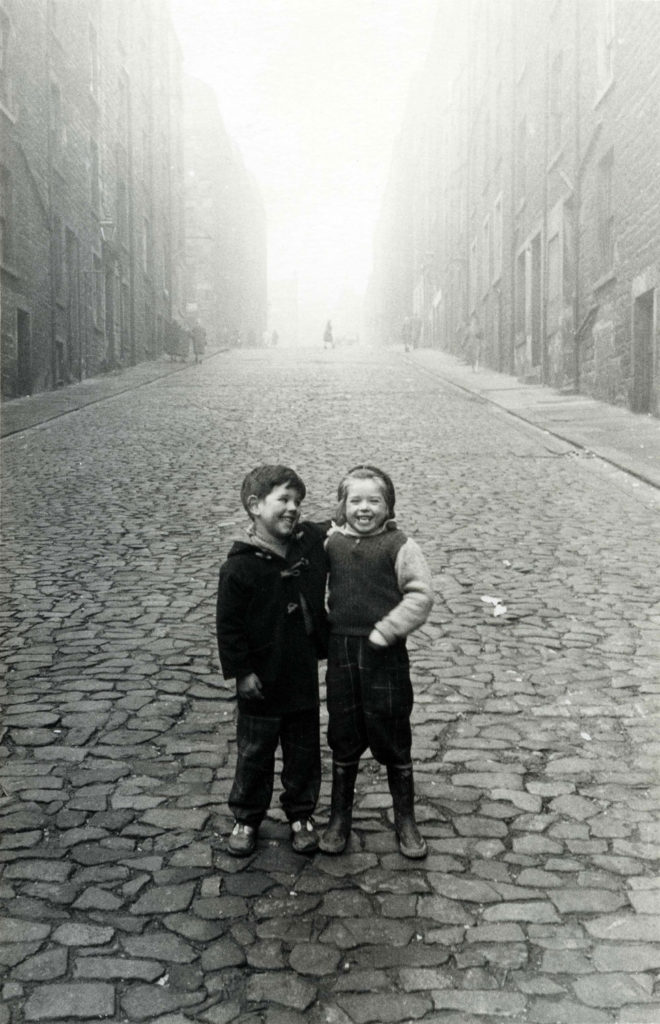 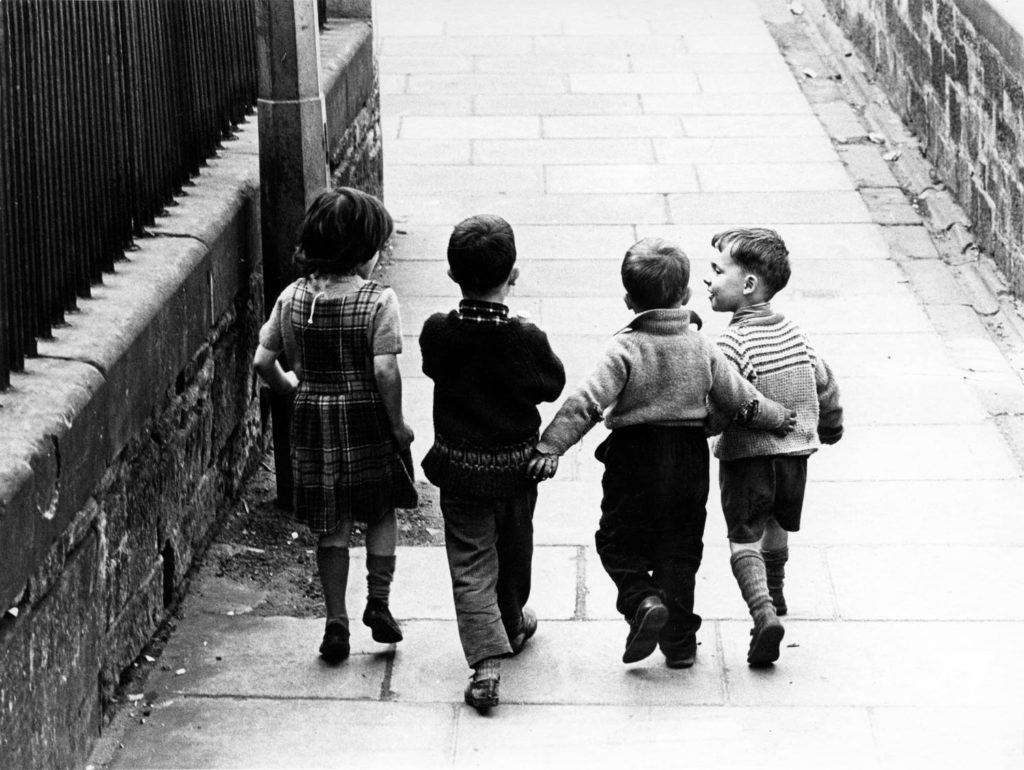 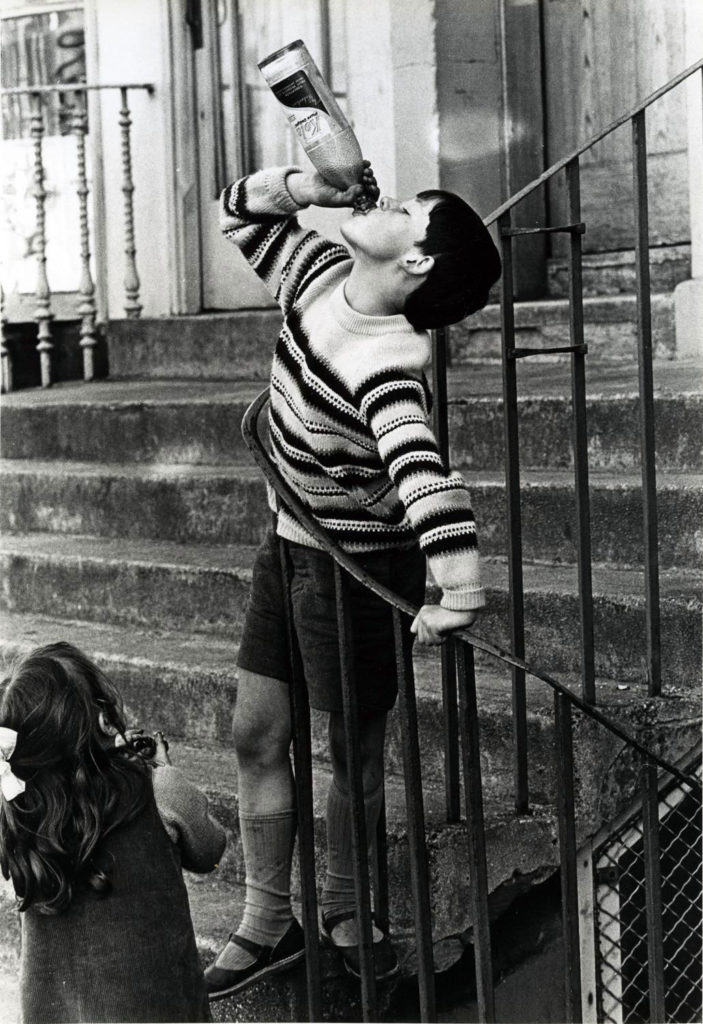 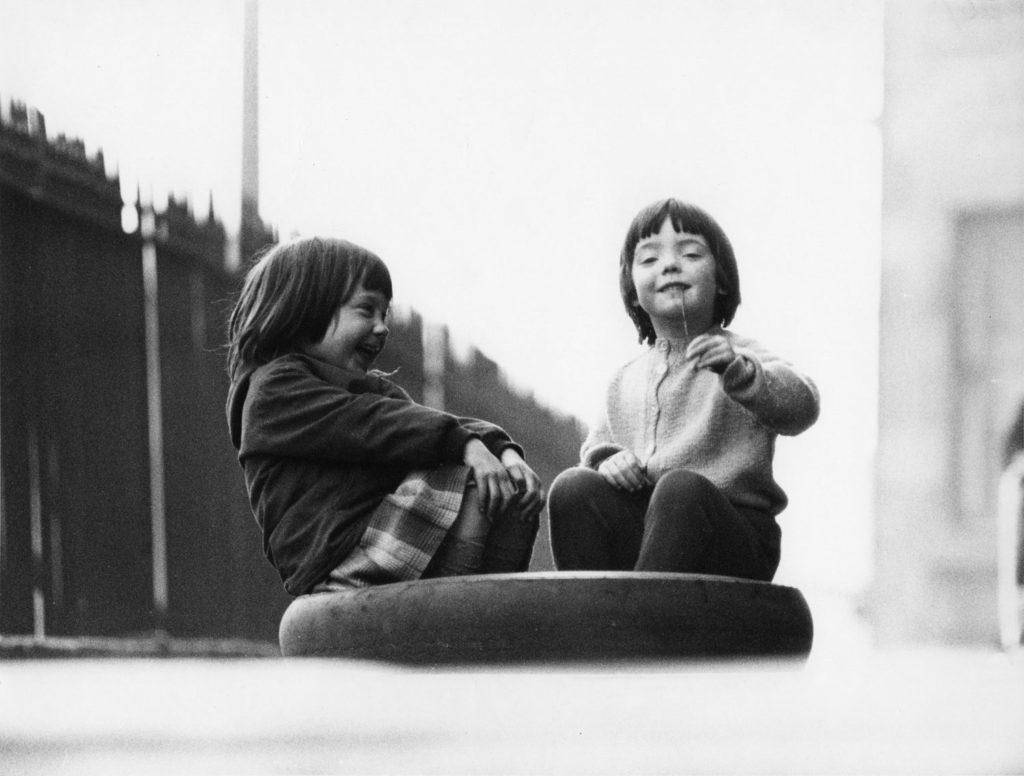 It includes candid portraits and group shots, children playing amongst crumbling tenements, public gatherings, student life and evolving architecture to offer a rare opportunity to reappraise our understanding of Scottish city life and culture at that time.

Staged in the year of his 80th birthday, this first large-scale display of his street-life scenes is also a chance for Blomfield to receive the recognition he rightly deserves.

“After 50 years I’m thrilled to be able to share some of my pictures with the wider world,” says the veteran amateur photographer. “Edinburgh is a city that remains close to my heart, and the interaction of its residents with this most dramatic of urban stages provided me with endless inspiration as a young photographer.

“The exhibition represents a personal view of life on its streets during the 1960s.”

A partnership with Robert Blomfield and Family, the show is accompanied by a documentary of Blomfield and his work by cinematographer Stuart Edwards and a programme of events. Follow the links below to find out more. 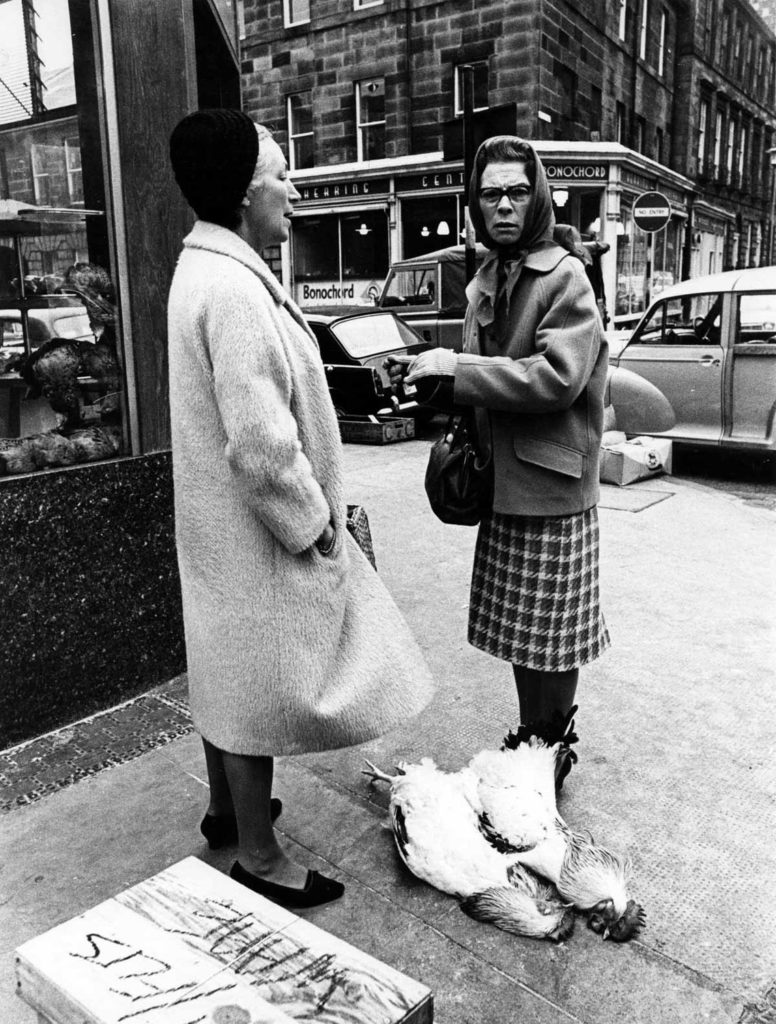 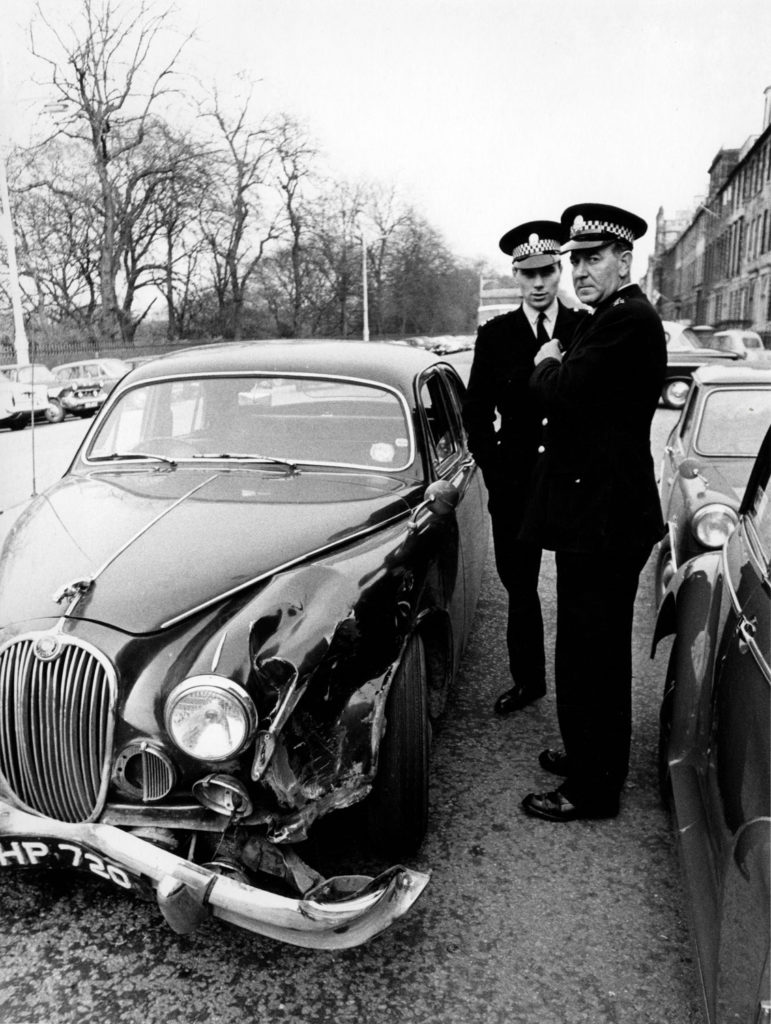 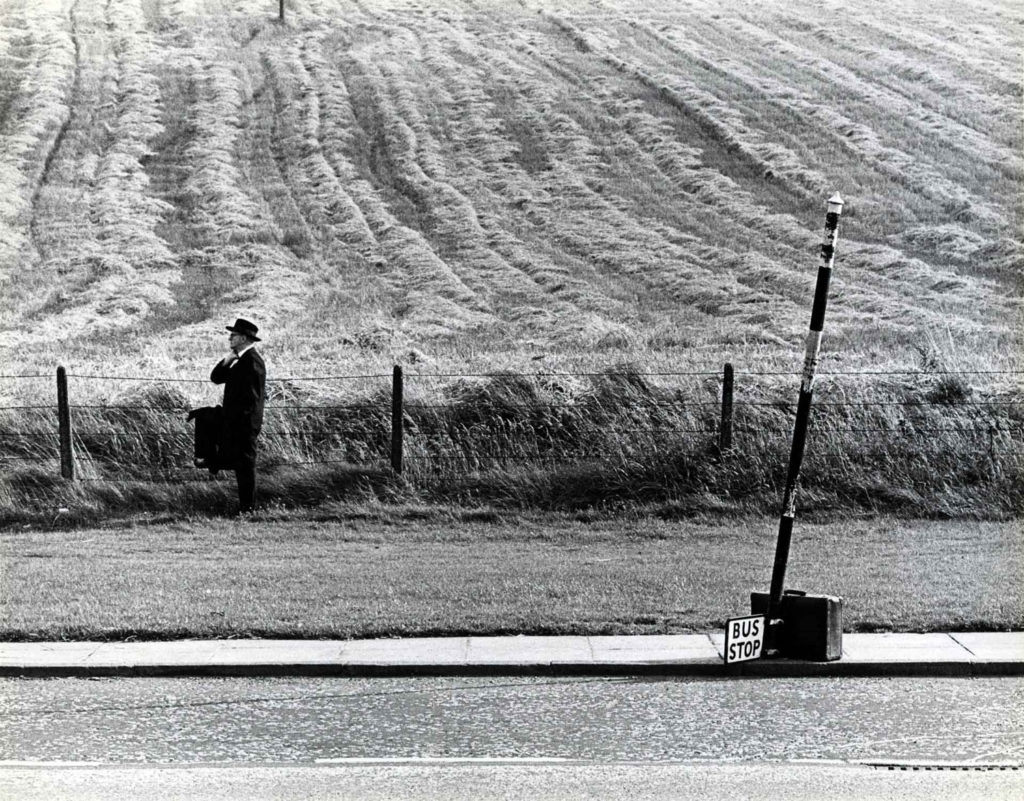 Robert Blomfield: Edinburgh Street Photography | An Unseen Archive is at City Art Centre from November 24 2018 to March 17 2019. Admission is free.

In the heart of the city, next to Waverley station, the City Art Centre is one of Edinburgh’s main public art galleries, with a vibrant programme of temporary shows. It is home to the city’s collection of historic and contemporary Scottish art, one of the best in the country, showcased…