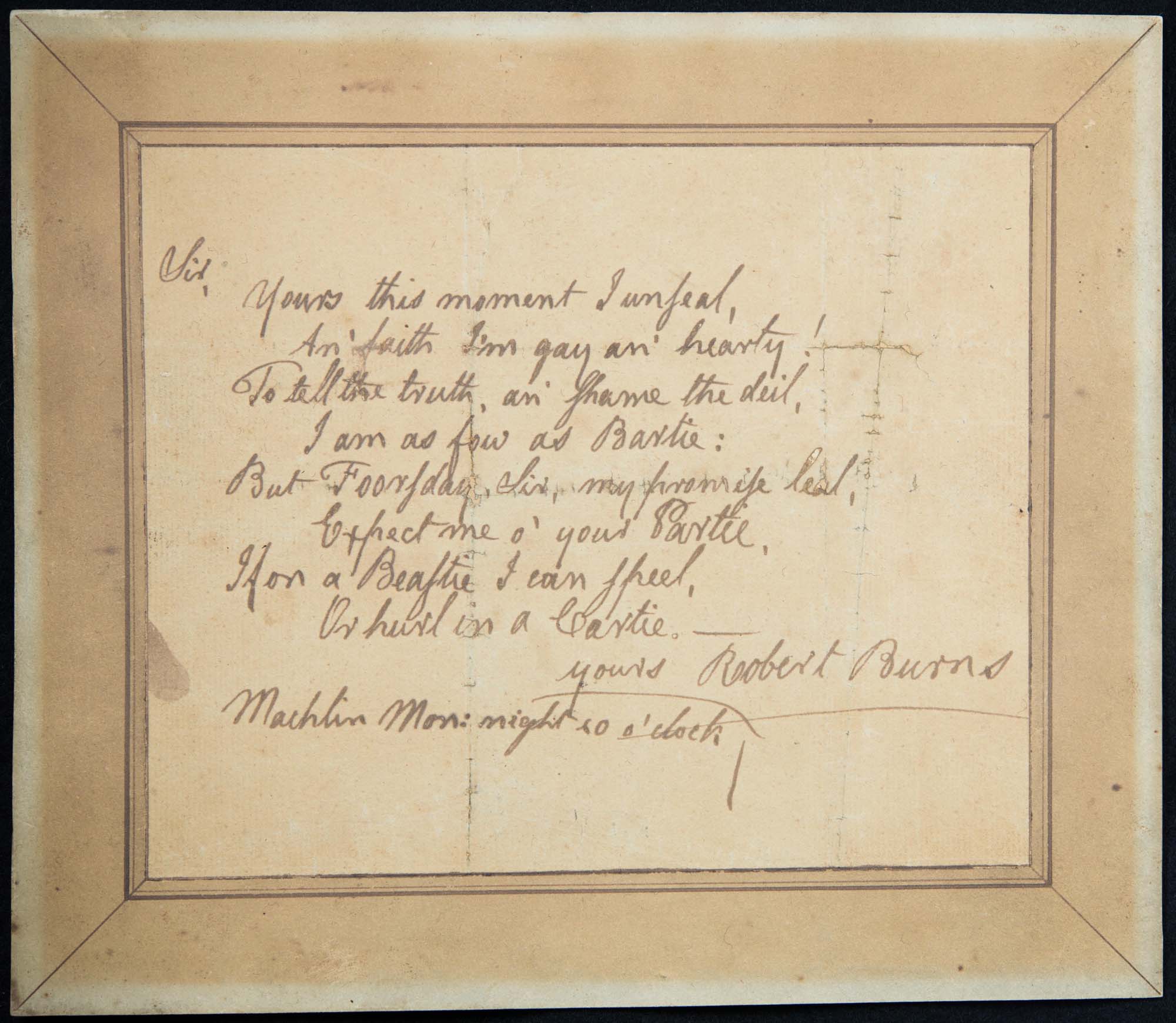 Sir, Yours this moment I unseal. © Paisley Museum

Well known for his love of carousing, Robert Burns rattled off this late eighteenth century reply to a party invite in Paisley with a verse shot through with characteristic good humour and spontaneity.

The poetic missive, written in 1786, was rediscovered in the collection of Paisley Museum in 2016 and is described by experts as a short ‘social verse’ and is typical of Burns’ style and use of wordplay. It combines the tradition of indicating the day of writing while alluding to being the worse for wear, nonetheless he expresses his joy at the invite and pledges his attendance – whether by horse, or by cart.

Yours this moment I unseal,

And faith I’m gay and hearty!

To tell the truth and shame the deil,

I am as fou as Bartie:

But Foorsday, sir, my promise leal,

Expect me o’ your partie,

If on a beastie I can speel

Or hurl in a cartie. 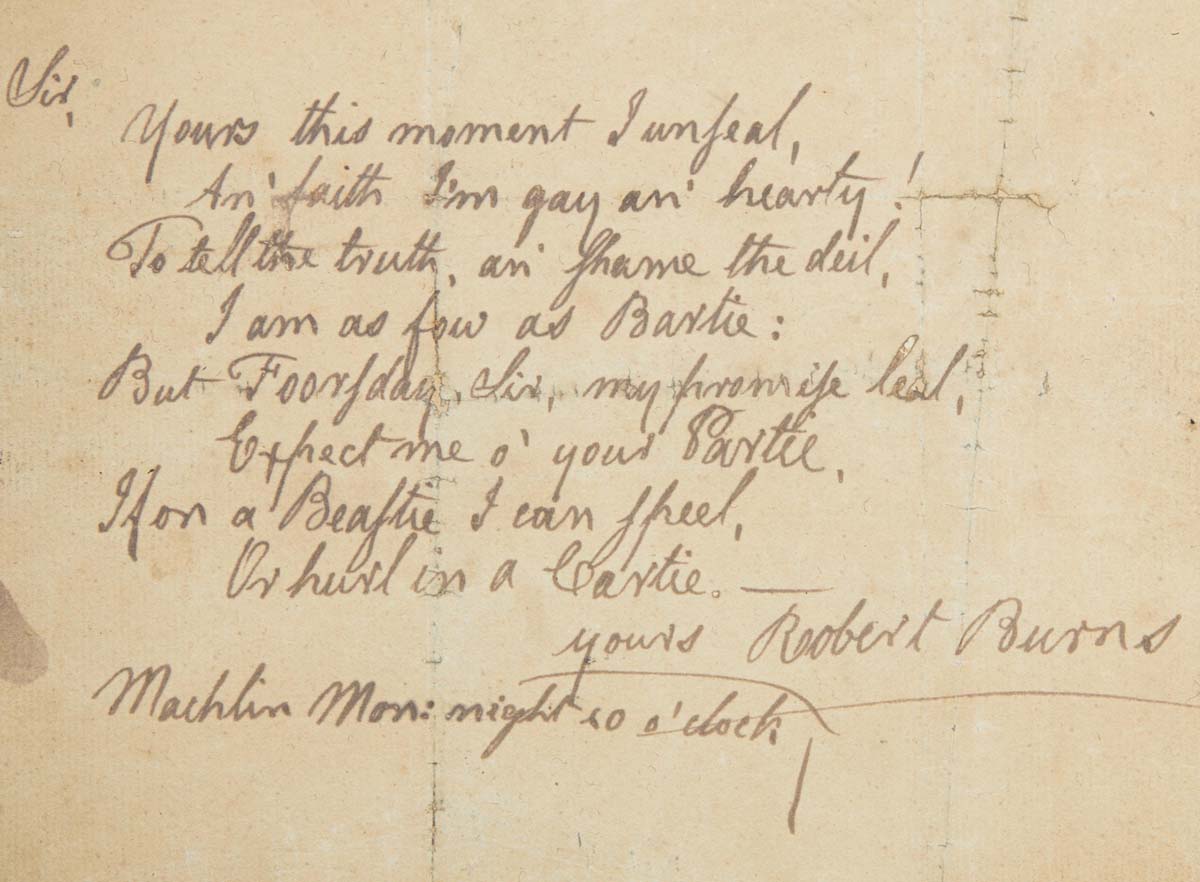 The manuscript was verified by Professor Gerard Carruthers of the Centre for Robert Burns Studies at the University of Glasgow, who said it is “clearly in the handwriting of Robert Burns”.

“The ink and paper are a good match to other authentic Burns manuscript productions,” he added. “The poem dates from 1786. The first publication to give an indication of its origins, and how it came to be in the collection of Paisley Library is ‘The Works of Robert Burns Volumes 1 – 5’ edited by The Ettrick Shepherd [the poet and novelist James Hogg] and William Motherwell.”

Motherwell was Secretary of the Paisley Burns Club in 1819 and became President in 1821. This puts him at the centre of Paisley literary life when the poem first surfaces.

According to research Motherwell stated the manuscript, which is unique, was presented to Paisley Library by the late Mr. John Clarkson, of McGavin and Clarkson, threadmakers, Paisley, just over 200 years ago.

We don’t know if Burns made it to the party – but it’s probably safe to assume he did. It was a pivotal and busty time for Burns, who following the publication of his Poems, Chiefly in the Scottish dialect, left in November 1786 for Edinburgh, where he no doubt attended numerous parties and merrymakings.

Paisley Museum’s collection also boasts a portrait of Burns by James Tannock (1784 – 1862). Born in Kilmarnock, Tannock was originally a house painter, but after lessons from Alexander Nasmyth – who was a friend of Burns and who painted the most famous portrait of the poet – became a successful portrait painter.

The poem goes on display in the museum every January when light levels are low enough to protect the delicate ink on paper artefact, and to coincide with Burns Night.

Paisley Museum opened in 1871. The building was designed by the well-known Glasgow architect John Honeyman and was paid for by Sir Peter Coats of the famous Coats thread manufacturing family. We house a wealth of treasures, from Ancient Egyptian artefacts to reminders of our industrial past and our natural…