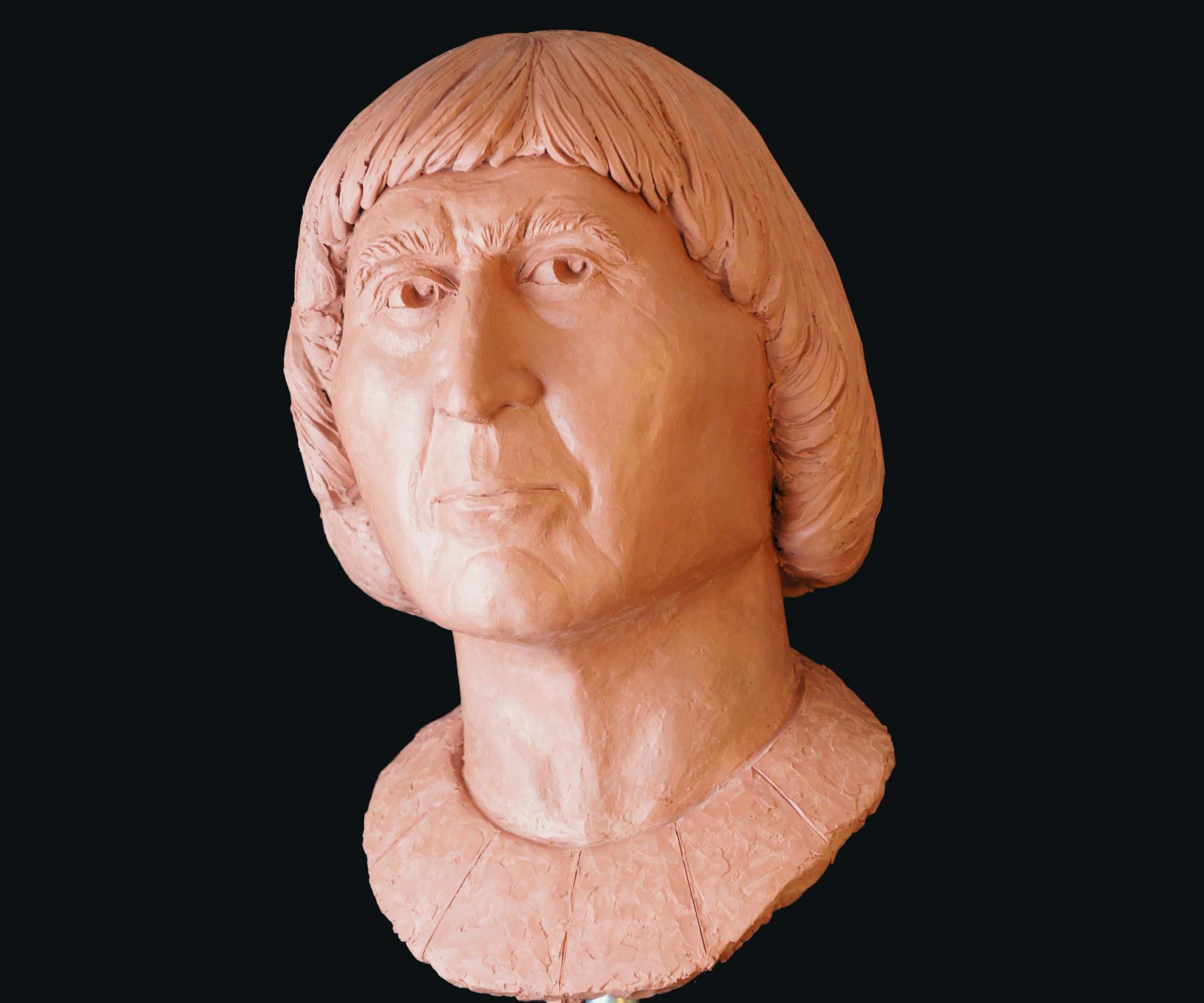 The Stirling Smith Art Gallery has unveiled a reconstructed head of King Robert the Bruce, victor of Bannockburn, which they say proves he didn’t suffer from leprosy

Ever since his victory at the Battle of Bannockburn and his reign as the first King of Scotland independent from England, the life and legend of King Robert the Bruce, (1274 – 1329), has been picked over and debated.

One of the more contentious propositions has been the suggestion that the Scottish national hero may have had the disfiguring, contagious disease, leprosy.

With the blessing of the great King’s descendants and based on evidence taken from a cast of the King’s skull the pair have worked on a clay bust of the Bruce that they say proves the skull shows no signs of leprosy, despite contemporary and later rumours Robert the Bruce had the disease.

Leprosy may have lost some of its stigma in recent years and is curable with medications, but it was a different story in the 1300s.

“In those days, if you wanted to come up with the worst thing you could say to someone, it was, ‘you leper,’” says Prof. Nelson. “With just that word, you could besmirch a person and his legacy.”

But in his examination, Nelson has determined King Robert I did not show the tell-tale suite of signs of the disease. “That ‘leprosy’ diagnosis was made on the basis of something that wasn’t there during his life,” he says. 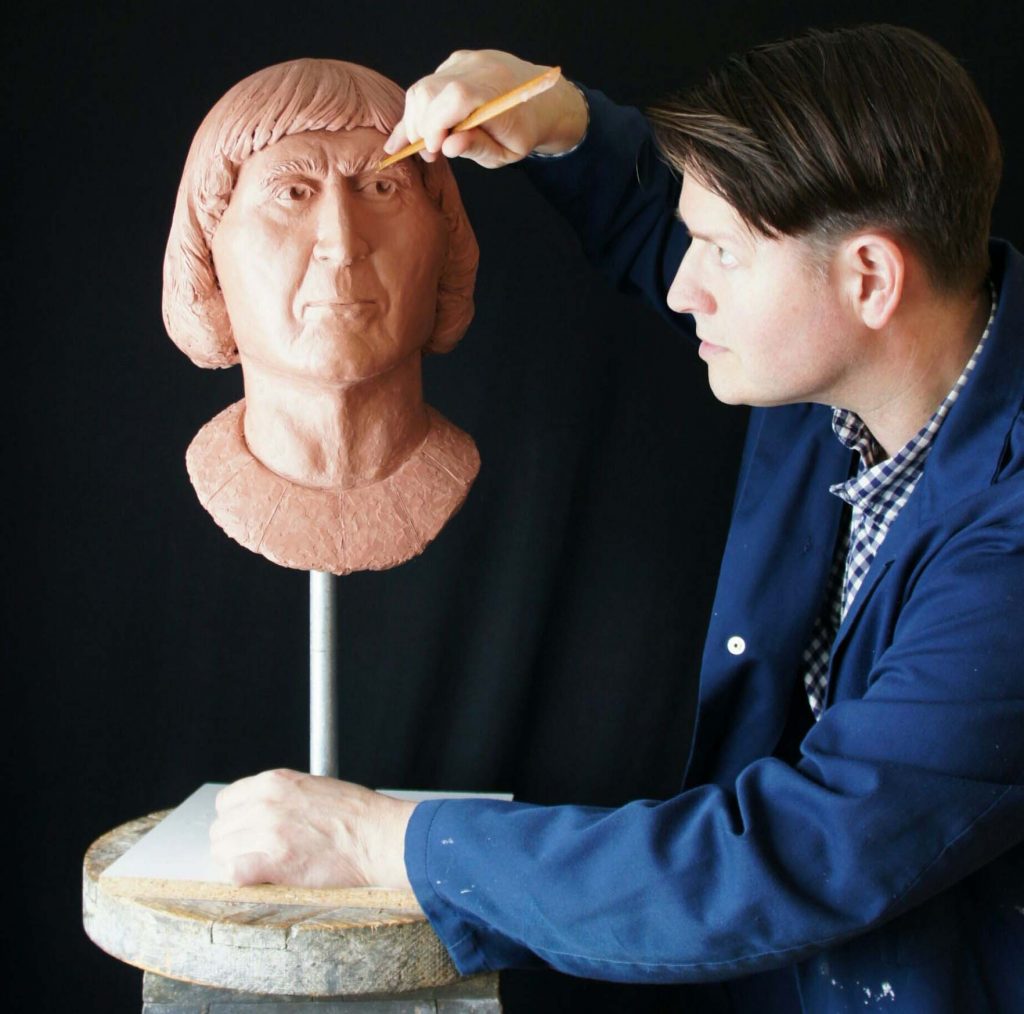 Robert the Bruce died in 1329 after 23 years as king. His remains were accidentally exhumed in 1818 and, before being re-interred forever in a thick tar, officials made a plaster cast of his skull.

Nelson examined a plaster cast of a skull the family had lent to sculptor Christian Corbet to explore whether previous depictions of King Robert that showed him disfigured by leprosy were based on forensic evidence or were based merely on centuries-old rivals’ rumours.

Nelson notes that the bone around the nose area, the anterior nasal spine, is teardrop-shaped as it would be in a healthy person. In someone with leprosy, that bone would have eroded to a more circular shape.

He also examined images of a metatarsal bone, which should have been pencil-shaped at one end if Robert the Bruce suffered from leprosy. It was normal.

The exhumed skull, even 490 years after his death, was whole and as healthy-looking as anyone’s.

Some analysts have speculated that four missing front teeth as shown in the cast would suggest a deformation that was common in leprosy. But contemporary reports say the exhumed skull, even 490 years after his death, was whole and as healthy-looking as anyone’s. Nelson believes the plaster-casting process broke teeth already decayed by periodontal disease.

Nelson also worked with internationally recognized paleo-pathologist and leprosy expert Dr. Olivier Dutour of France and Dr. Stan Kogon, a professor specializing in forensic dentistry at the Schulich School of Medicine and Dentistry, on the analysis. The report is under review by the International Journal of Paleopathology.

The analysis has enabled Corbet to shape a bust that shows King Robert without the skin lesions common in leprosy. The bust, on a plinth made of an oak believed to have been planted by Robert the Bruce himself, was unveiled at the Stirling Smith Art Gallery in March near where the small forces of Robert the Bruce routed the larger and better-equipped English army at Bannockburn in 1314.

Founded with the Bequest of Thomas Stuart Smith (1814-1869), the Stirling Smith Art Gallery & Museum opened in 1874. Built in the Italianate style & designed by John Lessels, the museum stands within its own grounds below Stirling Castle. The Smith provides Stirling with a museum service and a focus…