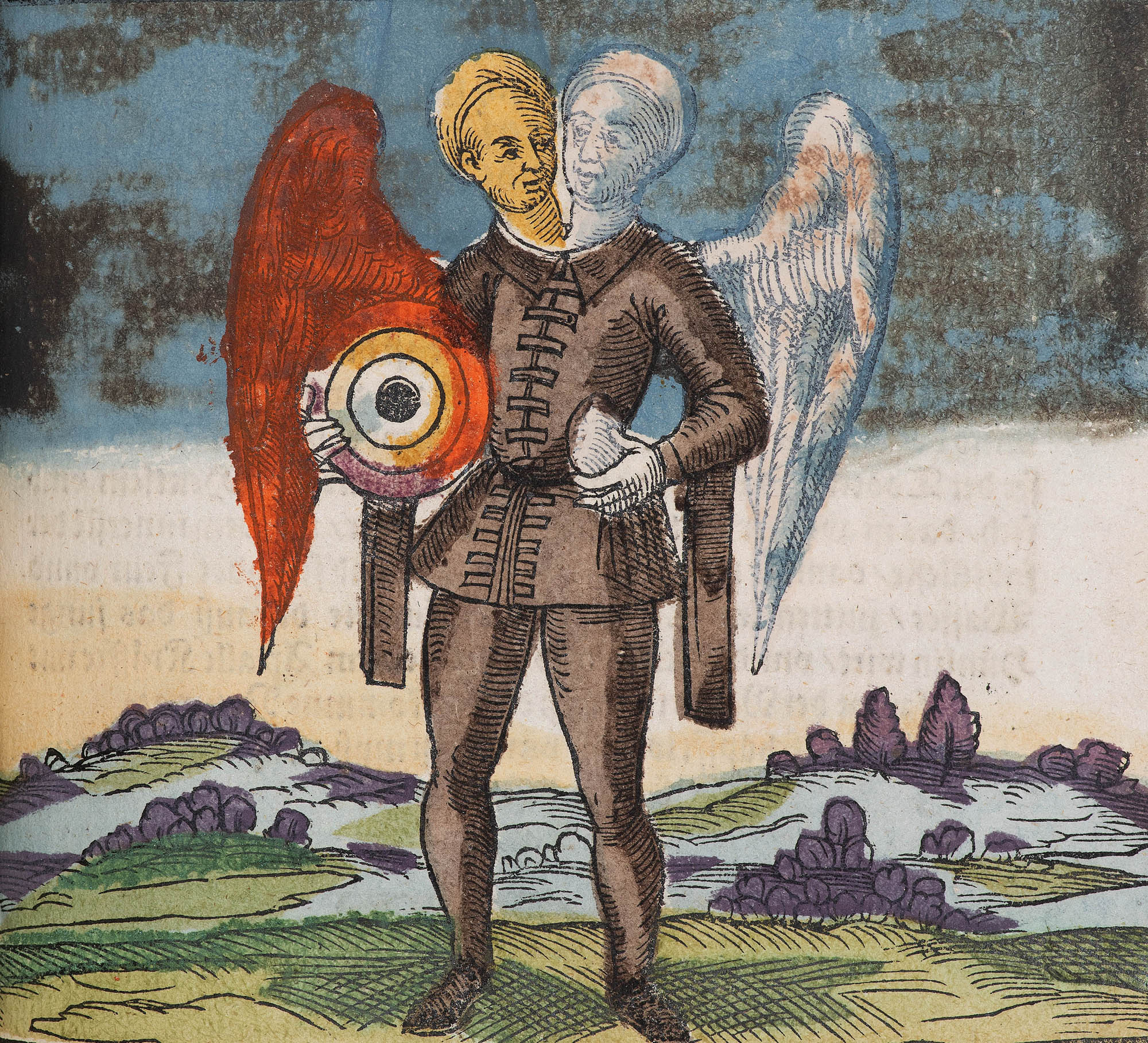 Museum Crush talks to the Iain Milne, Head of Heritage at the Royal College of Physicians of Edinburgh, whose new exhibition reveals the wondrous alchemical texts held by its library collection

As any self-respecting Harry Potter fan knows, the aim of the alchemist is to uncover the secrets of creating the Philosophers’ Stone. Whoever possesses the stone is able to turn base metals like tin and lead into gold and unlock the secret elixir of life.

In terms of motivation it’s enough to make any self-respecting renaissance magician-scientist (or wizard) search out the best libraries in the land in their quest for this esoteric knowledge.

One such place is The Royal College of Physicians of Edinburgh (RCPE) and one such person was the almost mythical Sir George Ripley (c. 1415–1490), the Augustinian canon, author and alchemist who gives his name to the Ripley Scroll – one of the most famous alchemical writings.

Said to have been studied by John Dee and Isaac Newton, a version of this hallowed manuscript resides in the Library of the RCPE, which dates back to 1662. For the first time in 337 years they are displaying it together with their fascinating collection of alchemical books and texts. 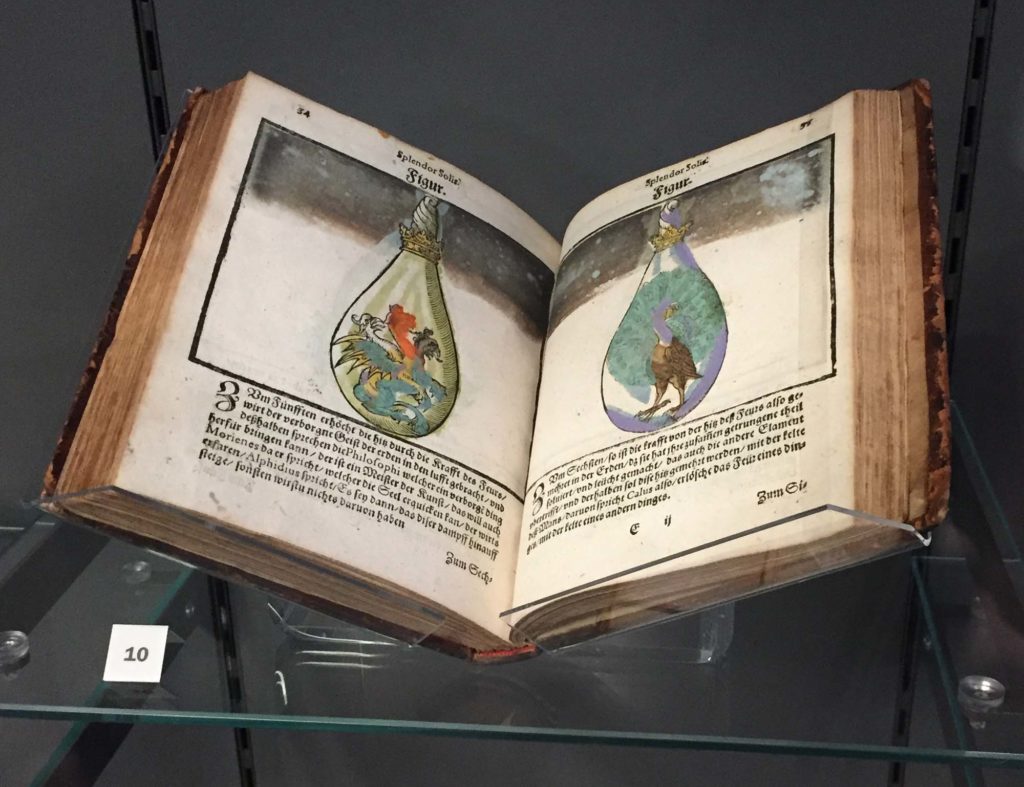 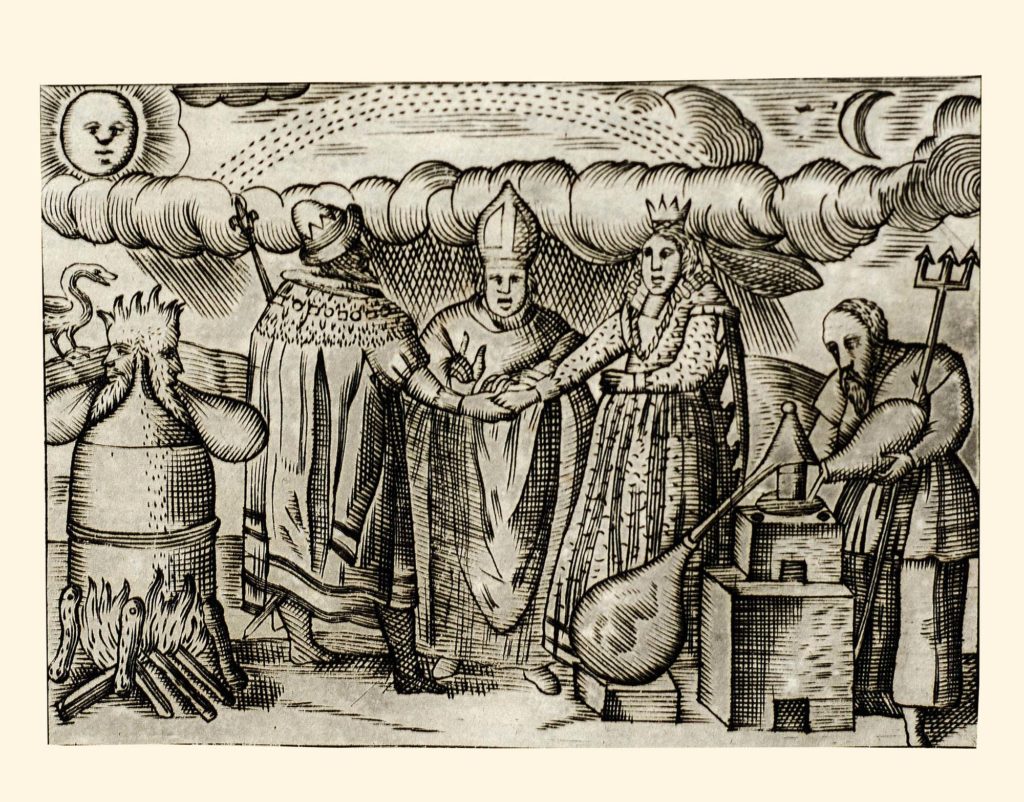 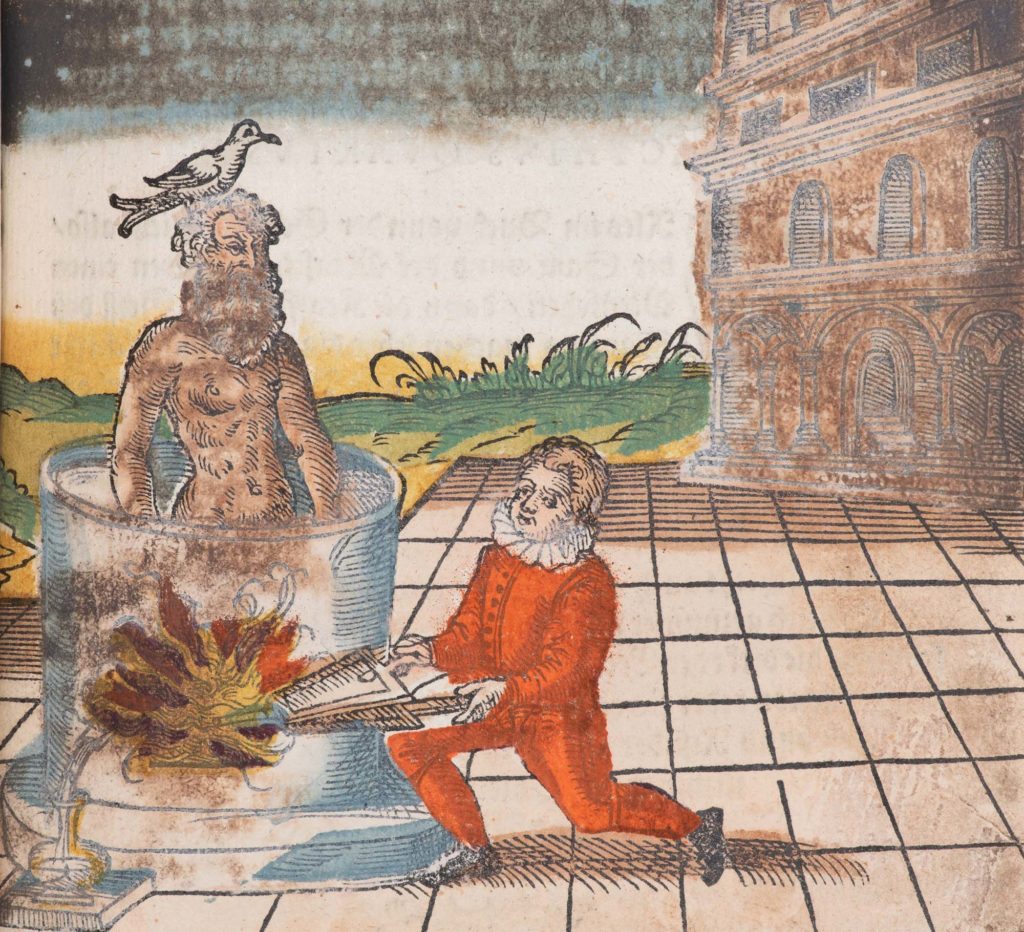 Searching for the Elixir of Life: The mysteries and legacies of Alchemy explores an ancient tradition that stretches back thousands of years with the College’s copy of the Ripley Scroll at its centre.

One of only 23 surviving copies in the world, and the only one in Scotland, the scroll uses symbols and illustrations to reveal the steps needed to create the Philosophers’ Stone.

“I expect Harry Potter readers to find many of the images and the terminology very familiar,” says Iain Milne, Head of Heritage at the College who, over the years, has shown the 5.5 metre-long manuscript dating from the 1500s to a steady stream of interested researchers.

“We haven’t managed to put the College of Physicians out of business by discovering the elixir of life.”

“A couple of years ago I had the pleasure of showing J K Rowling our copy of the scroll and she was very knowledgeable actually,” he says. “Her chemical knowledge was impressive, she knew a lot about the figures in the scroll and the symbolism.”

And it’s not an easy thing to decipher. Some the mysterious symbols it contains are of chemicals, some are chemical processes others venture into what Milne describes as “more philosophical realms.”

For the uninitiated, a touchscreen in the exhibition deciphers a lot of these symbols, handily breaking the scroll down into five separate stages, but it’s unlikely most visitors will go away with a deep and practical understanding of the mysteries of alchemy.

“We haven’t been able to use the scroll to discover how to turn base metals into gold or I probably wouldn’t be speaking to you now,” says Milne, “and we also haven’t managed to put the College of Physicians out of business by discovering the elixir of life.” 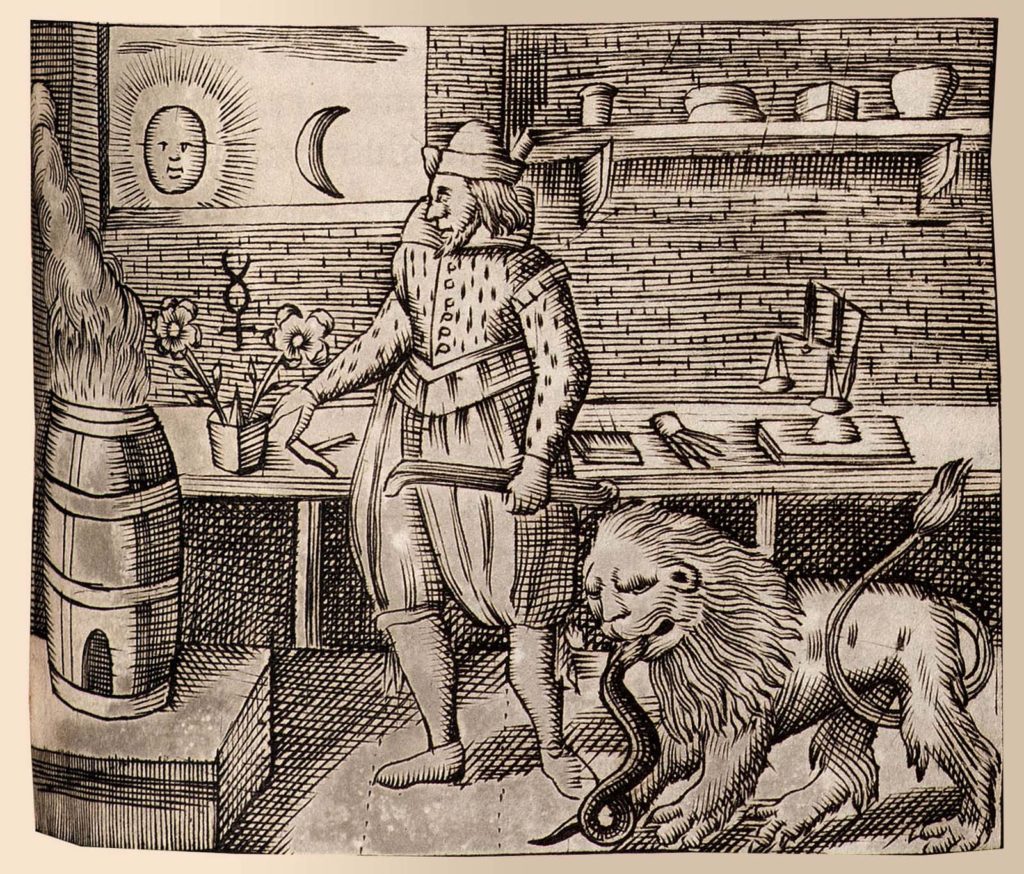 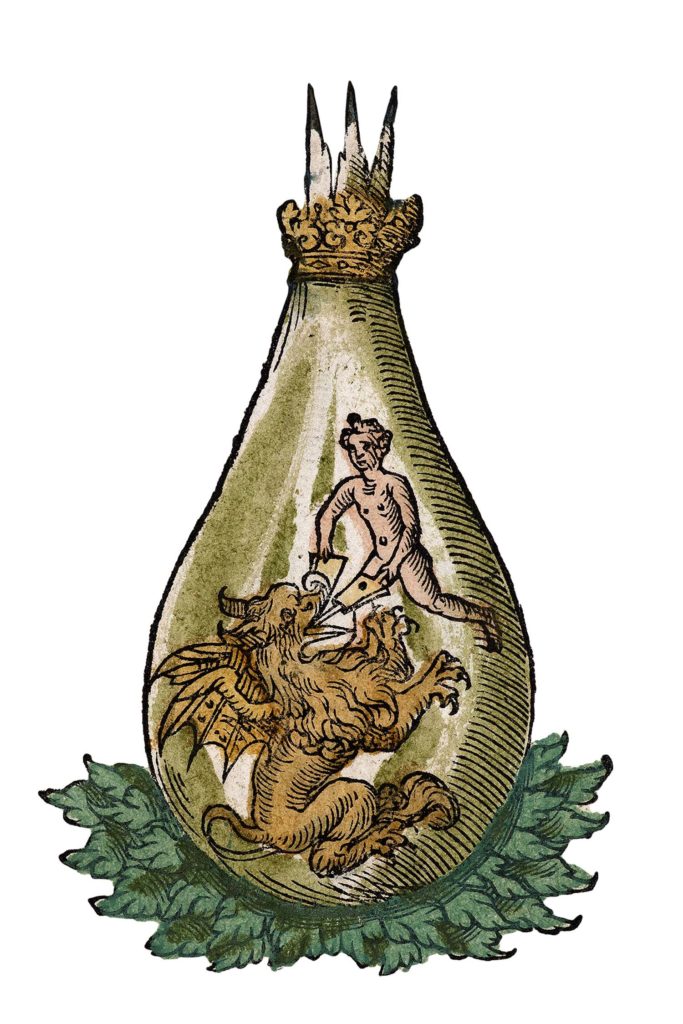 An illustration from the the Splendor Solis. Courtesy RCPE 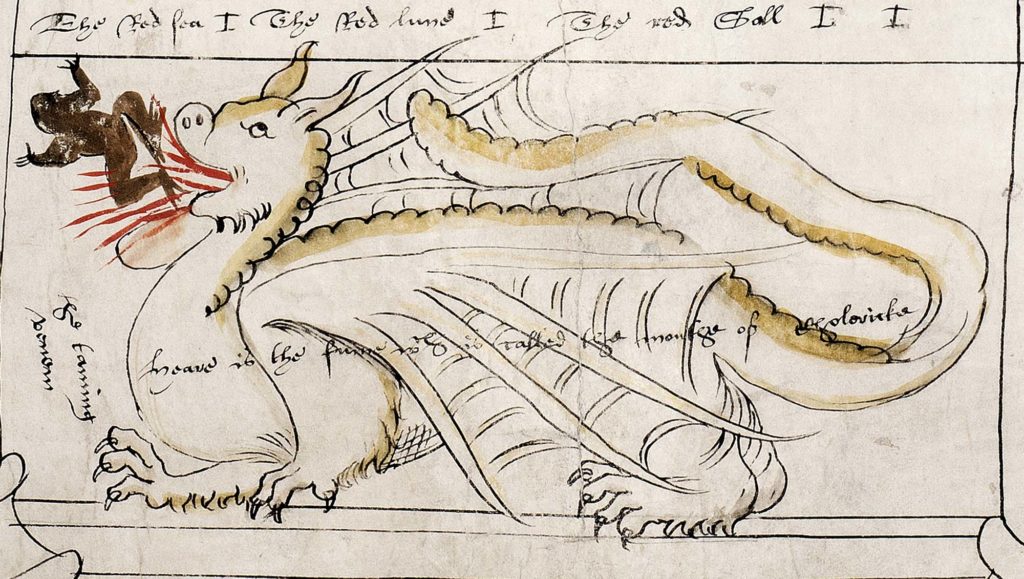 A dragon from the Ripley scroll. Courtesy RCPE

As well as the scroll with its fantastical beasts, cyphers, illustrations and a poem by Mr Ripley himself, this display of the library collection contains many wondrous things.

Another renowned Ripley treasure is a manuscript copy of his The Compound of Alchemie (d. c. 1490) picturing an alchemical wheel incorporating the four elements, the seasons, the signs of the zodiac and medical terms.

There’s also the small but beautiful alchemical text, the Splendor Solis, (c.1598), which like the Scroll contains fascinating hand-coloured illustrations of alchemical processes that are rich in symbolism.

Visitors will encounter weird-looking hermaphrodites, a man in a cauldron with a seagull on his head, lions wrestling serpents, dragons disgorging frogs.

“What they’re actually doing is representing equipment that’s used in alchemical experiments,” explains Milne. “So you’ve got conjoined twins but actually it’s illustrating how the glass vessel should be made for you to heat up substances.”

Another series of illustrations from the Splendor Solis shows glass vessels containing a vivid sequence of magical beasts representing how metals change colour when heated.

“They put pure metals in a glass vessel with an oval body and a long neck,” says Milne, “and that was actually called the Philosopher’s Egg. And when the neck is made airtight, which is done by melting the sides of the neck together, that is called the Seal of Hermes, which is the origin of the expression “hermetically sealed”.

“I was talking to a retired professor of pharmacology about the exhibition and he explained how in the 18th century more accurate measurement came in to chemistry together with more accurate classifications.

“One of the problems when you look at all the alchemical symbols, is that they’re not ordered so the difference between alchemy and chemistry is really measurement and order.” 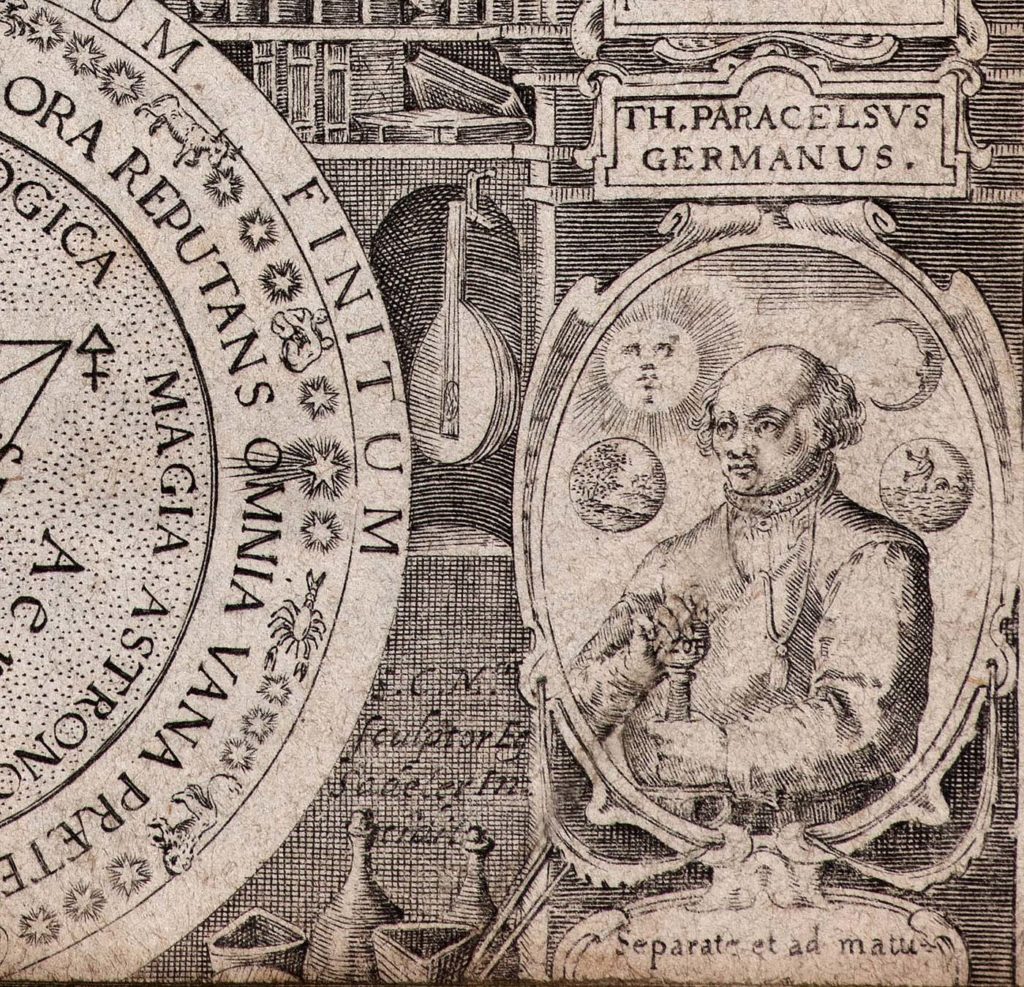 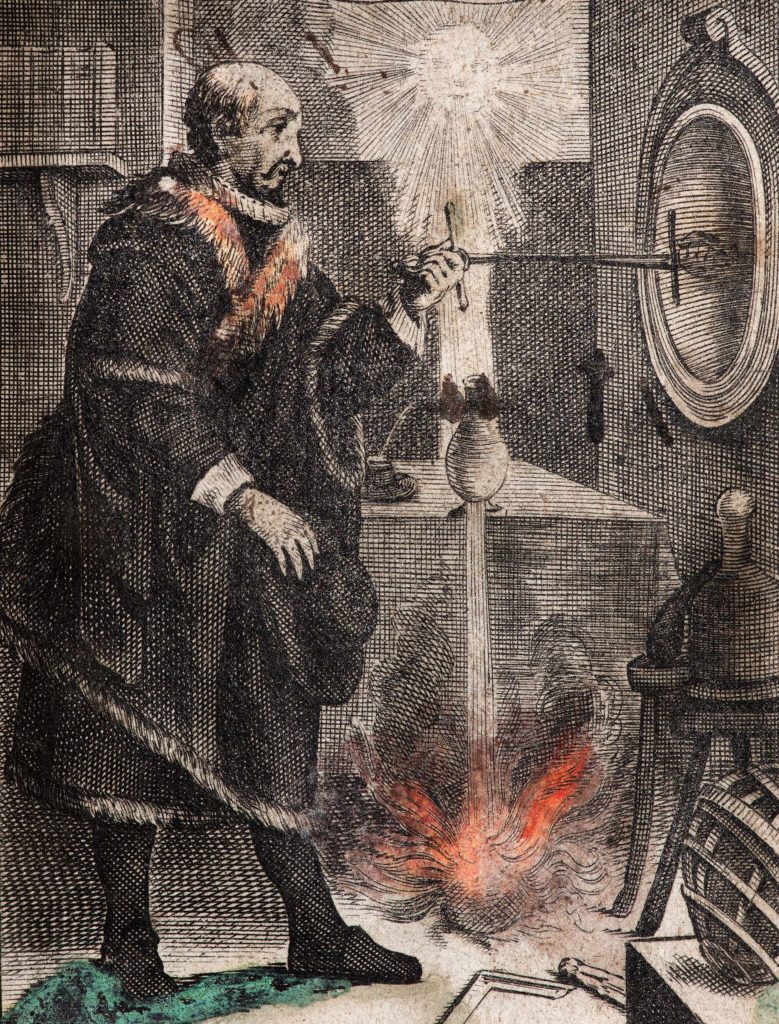 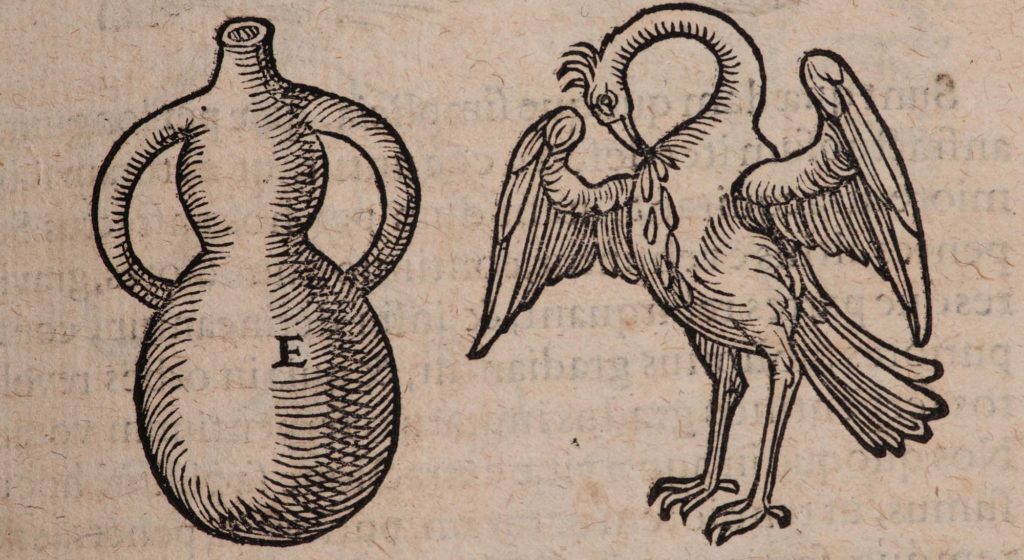 The cast of characters populating this conjoining world of magic and science is a suitably colourful one and includes Giambattista della Porta, an Italian natural philosopher who founded an ‘Academy of Secrets’ in Naples around 1560.

“That was dedicated to the study of natural phenomena,” says Milne, “he published a book called ‘Natural Magic’ [Magiae Naturalis] and although it looks magical it is actually a book on magnetism, metallurgy and poisons with recipes for drugs and optical instruments.”

From its inception, the members of the College regarded medicine in its broadest possible extent, so as well as virtually every medical classic and books by Ripley and della Porta, there’s also a large collection of botanical books – essential for the early doctors who had to grow the herbs they were prescribing.

“It’s difficult for us to think how people in the 17th century would have thought and they didn’t see such a delineation between magic and chemistry,” adds Milne. “They were aware though of the link there could be with witchcraft, so you obviously had to be careful, and they obviously knew that if they did discover how to make gold what a huge effect this could have.

“There were some that were thinking about runs on banks and inflation and the economic consequences of alchemy. I suppose they also thought they would be in danger because if somebody thought you had discovered gold they might well want to break in and steal it.”

Another reason why this working medical library has a strong collection of books on Alchemy lies just across the Forth in Fife, where a group of seventeenth century aristocrats developed a keen interest in the subject.

“They seemed to have had links through Holland to Central Europe where there were a lot of alchemists, so we think that the Ripley Scroll and some of the manuscripts came from there,” says Milne. “They were given to a Scottish aristocrat called George Erskine, who gave the books and manuscripts including the Scroll to the college in 1707.”

Today, it’s the historic material amassed by Erskine and others that is the main focus for the RCPE Library. Several digitisation projects, including The Cullen Project, are sharing more of its treasures online and now the new exhibition, in a newly developed exhibition space, is physically displaying the collection’s treasures – starting with a remarkable collection of alchemy.

“Everything that is on display is from the collection here, we haven’t borrowed anything for the exhibition,” adds Milne, “and that is one of the extraordinary things; quite how many books on alchemy we have.”

From the Splendor Solis. Courtesy RCPE 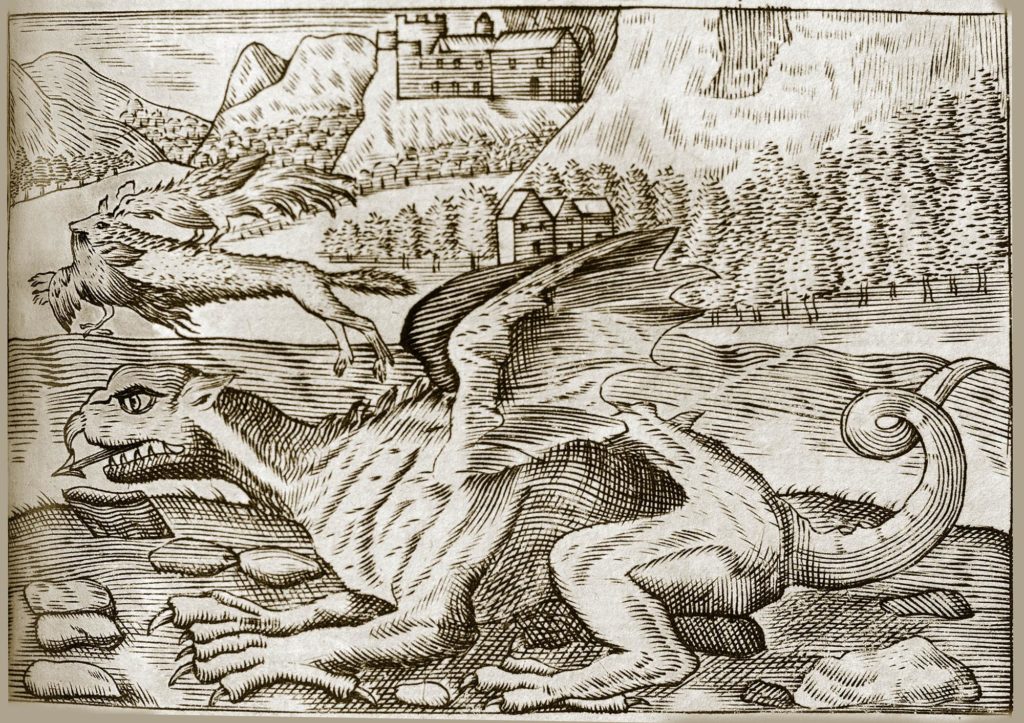 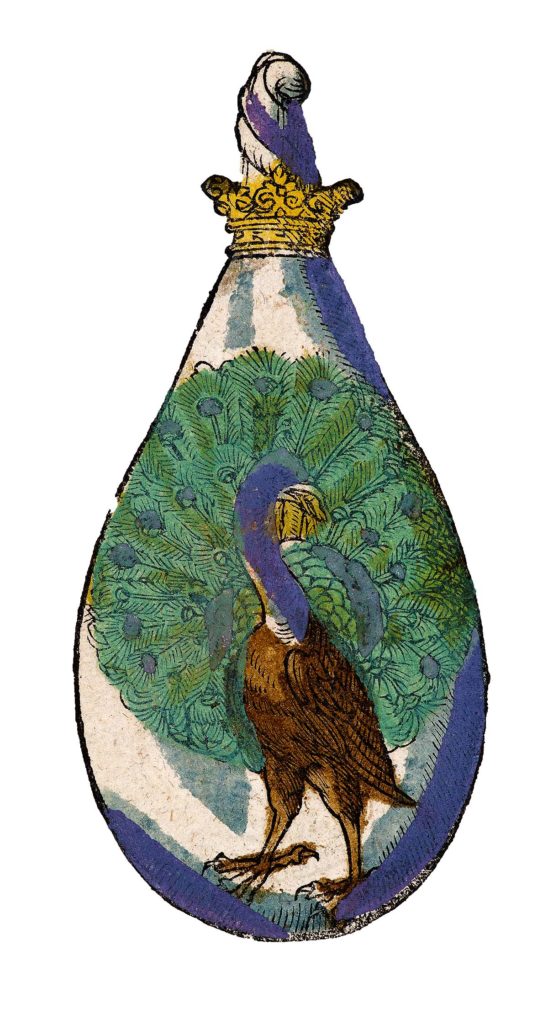 An illustration from the Splendor Solis. Courtesy RCPE

Searching for the Elixir of Life: The mysteries and legacies of Alchemy is at the Royal College of Physicians Edinburgh Library until summer 2019, Monday – Friday, 10am – 4.30pm. FREE ENTRY.  For more see www.rcpe.ac.uk/heritage .