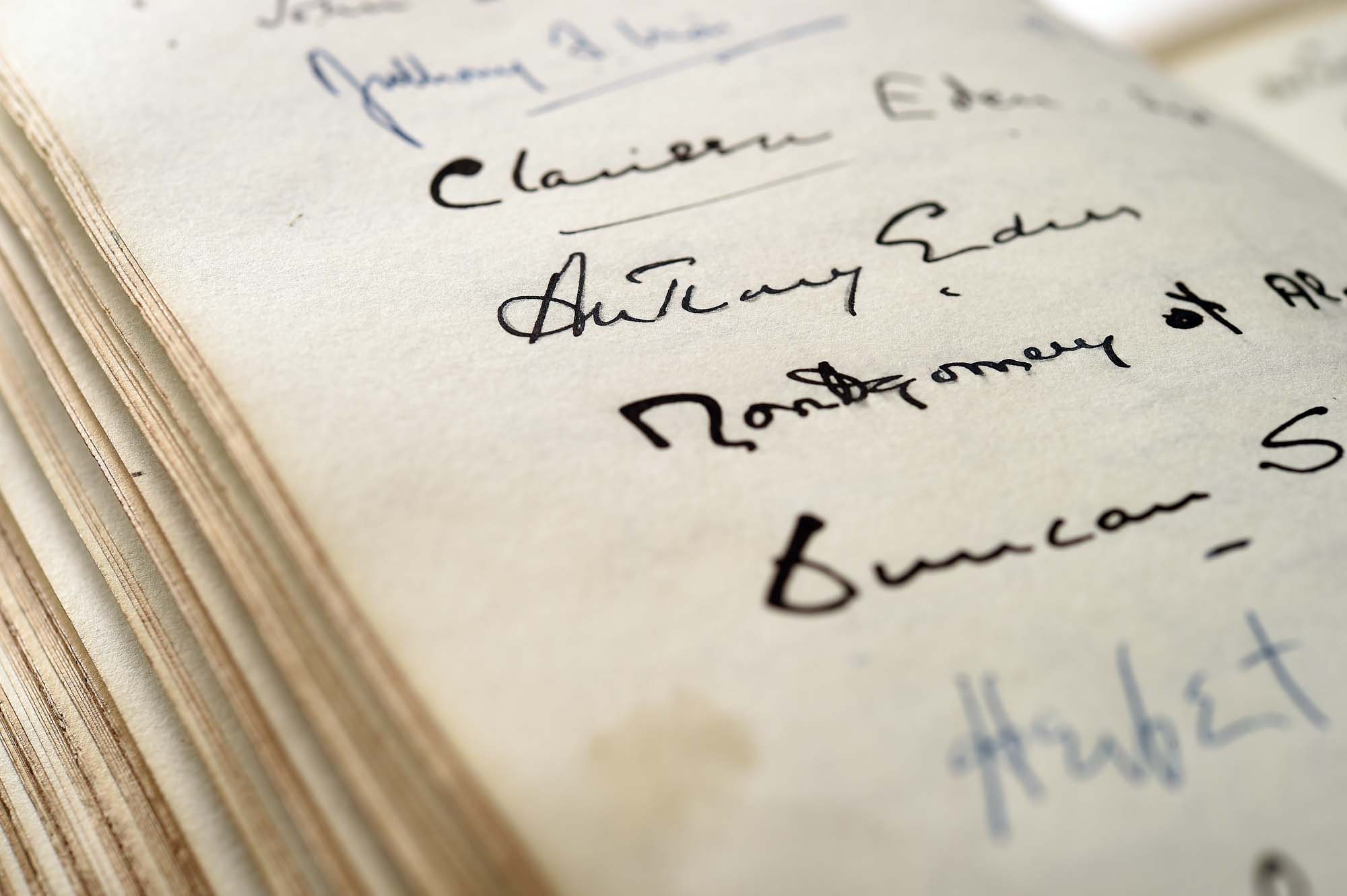 As you might imagine, the visitor’s book at Winston Churchill’s country pile, Chartwell in Kent, is filled to bursting with the signatures of key figures of 20th century history.

Charlie Chaplin, Christabel Pankhurst, the Queen Mother and Field Marshal Montgomery are just some of the stellar visitors to the house during the tumultuous British mid-century who nearly always scribbled their moniker in Sir Winston’s visitor’s book.

Now, following more than two years of research by 16 National Trust volunteers into more than 700 names in the mighty leather-bound record, the whole book has been digitised so visitors to Chartwell can explore it for themselves.

“From the moment the Churchills moved into the house in April 1924, they kept a Visitors Book,” says Katherine Carter, Chartwell’s Project Curator. “This gives us a unique insight into their world, through what is perhaps the single most important record of their private life in existence.

“The range of visitors from politicians and writers, to actors, scientists and Royalty, shows what an extraordinary life and reach the Churchills had across almost every aspect of life in the 20th century. The family also had close relationships with former staff, some of whose names appear.” 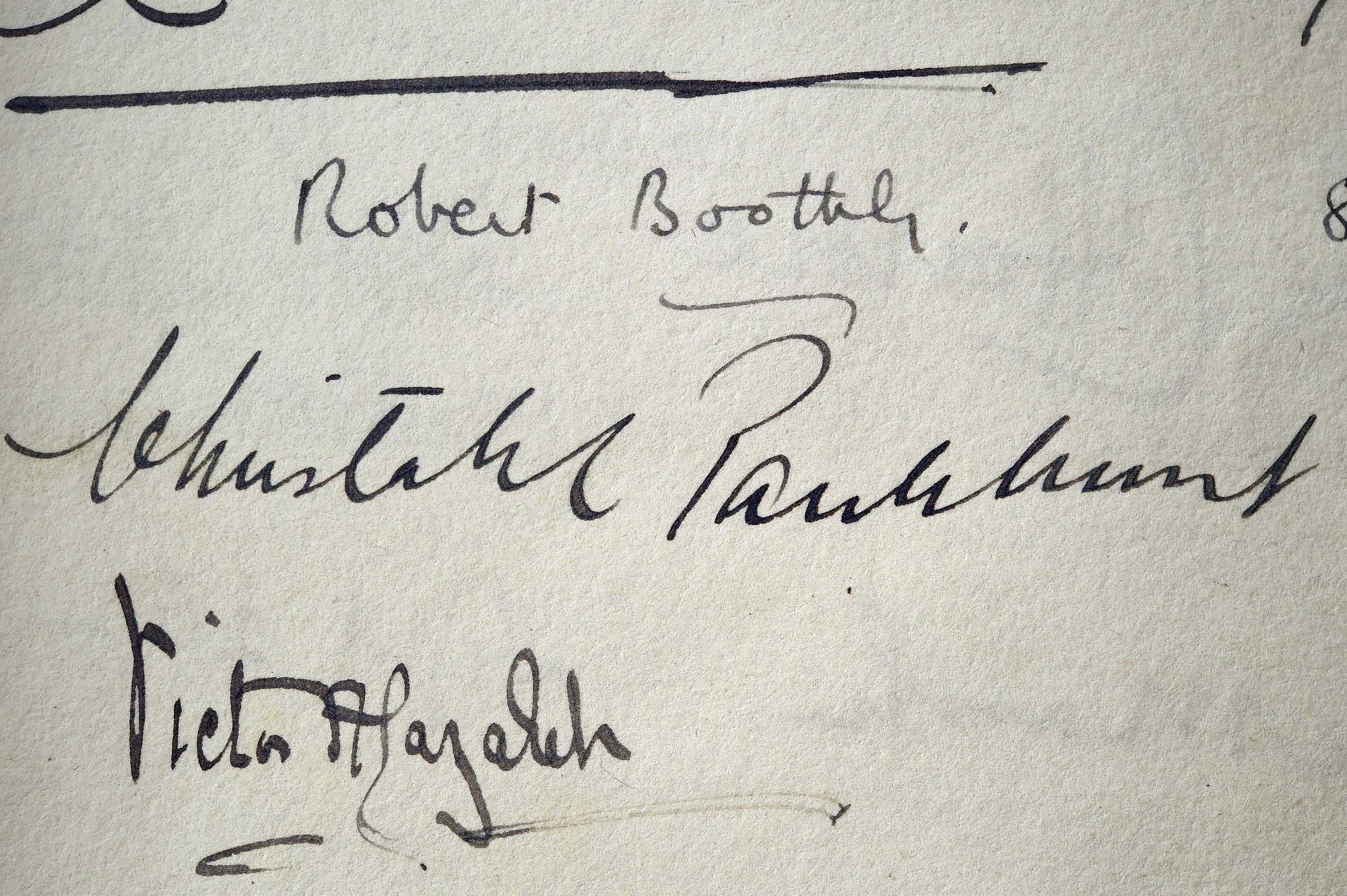 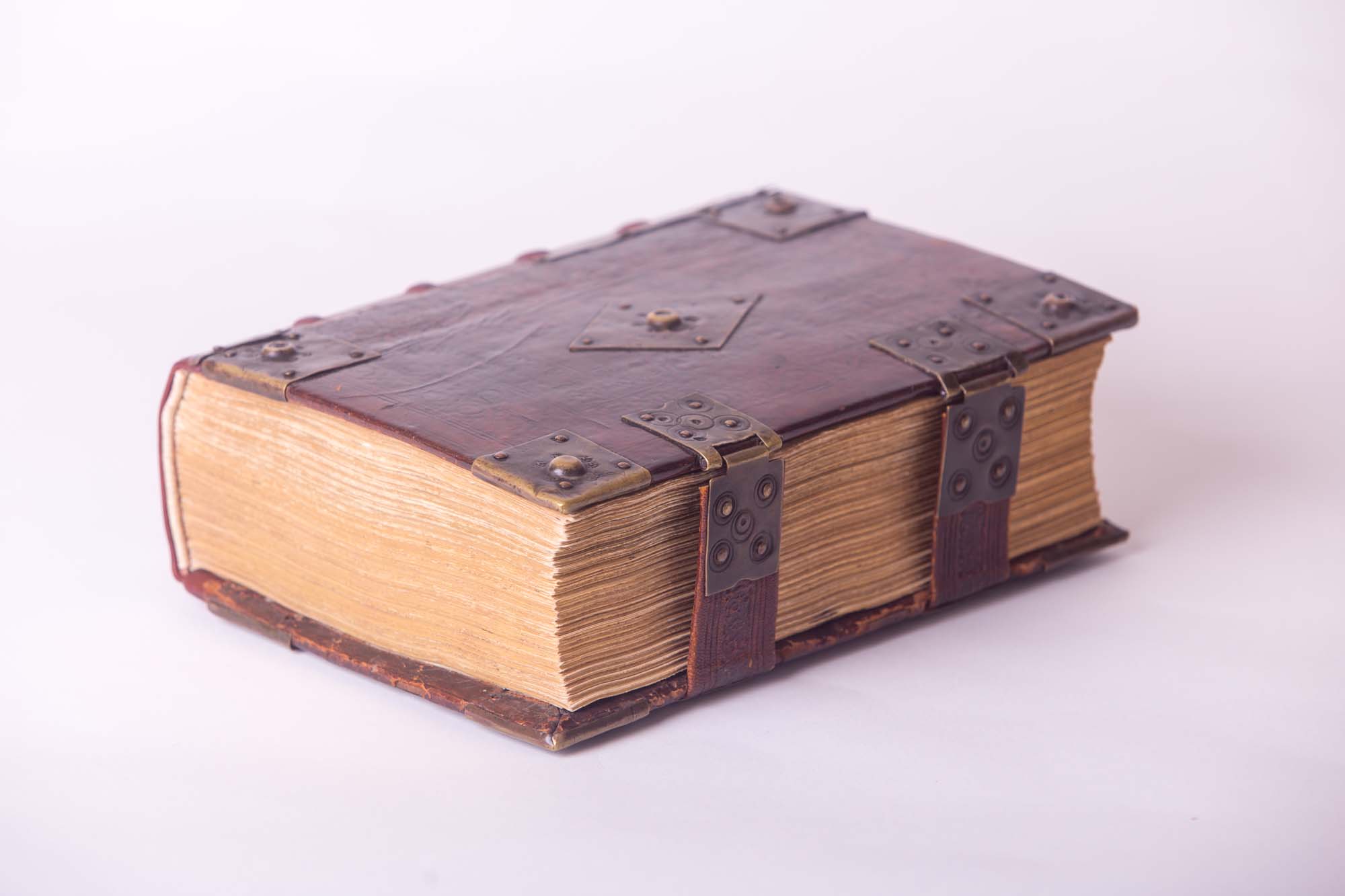 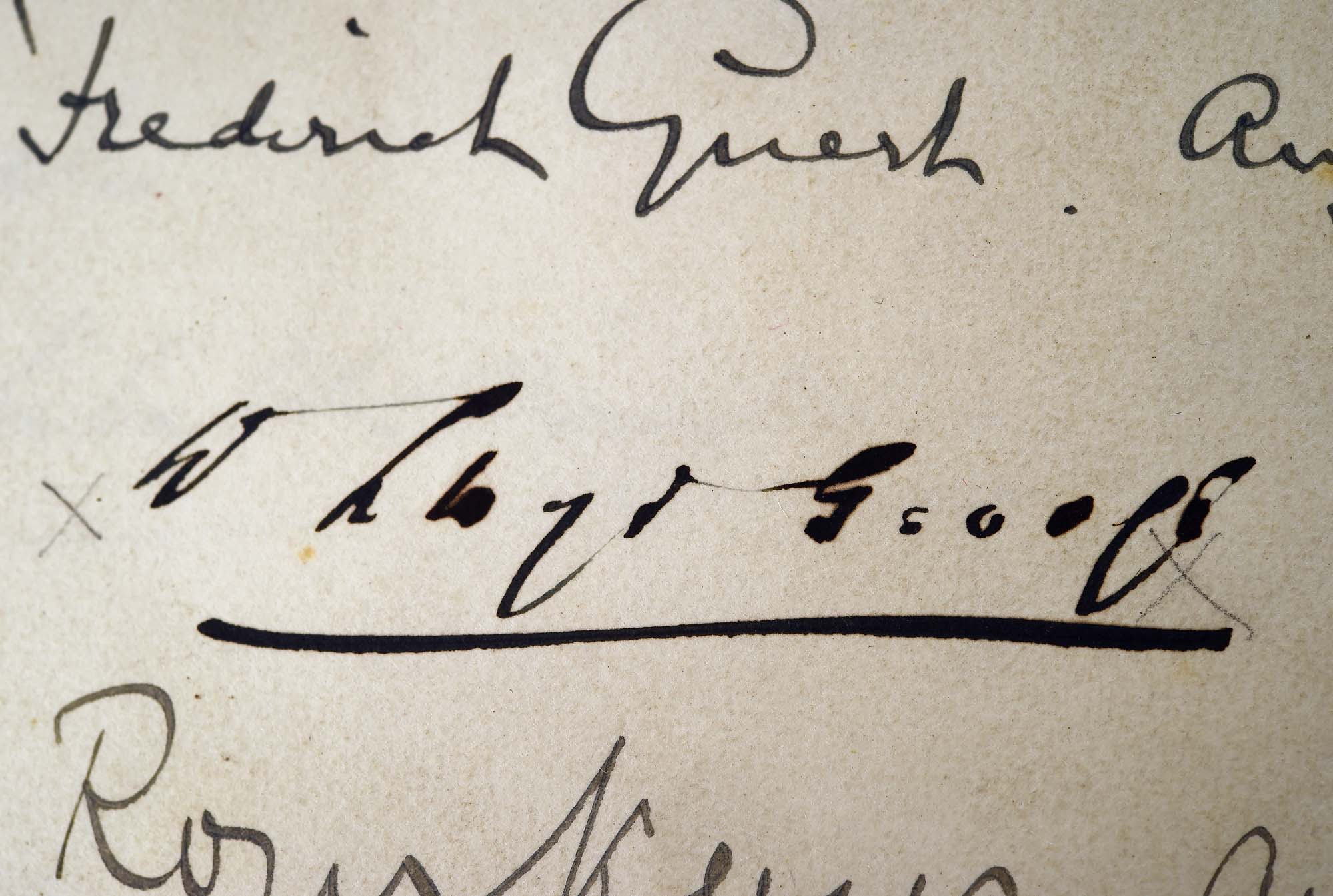 Yet fifteen signatures in the book remain either undeciphered, or it is not known who they belong to.

“There are also a few people who we know visited but for some reason didn’t sign the Visitors Book, such as Albert Einstein,” adds Carter. “Others may not have wanted to sign, such as Fabian von Schlabrendorff who had been part of the German resistance against Hitler.”

Einstein visited in July 1933 when he was brought to Chartwell by the MP Oliver Locker-Lampson, with other individuals in attendance who were reportedly Professor Lindemann and Brendan Bracken. None of them signed the Visitors Book on this occasion.

Von Schlabrendorff, a German officer who took part in several assassination attempts against Hitler and survived Gestapo torture and the Dachau concentration camp, is reported to have visited Chartwell in 1938 but there is no detail of the precise date. He did however sign much later for a post-war visit on June 28 1949.

Churchill purchased Chartwell as a home for his family in 1922 after he fell in love with the breath-taking views across the Weald of Kent as a place to work, paint, write and entertain friends away from the pressures of political life in London.

It became a place of pleasure and great happiness for more than 40 years, but it was also at the heart of Churchill’s political career and is inextricably linked with some of the major events of the twentieth century. During the Second World War the Churchills lived in London, (only very occasionally coming back to Chartwell), returning after the war had ended. 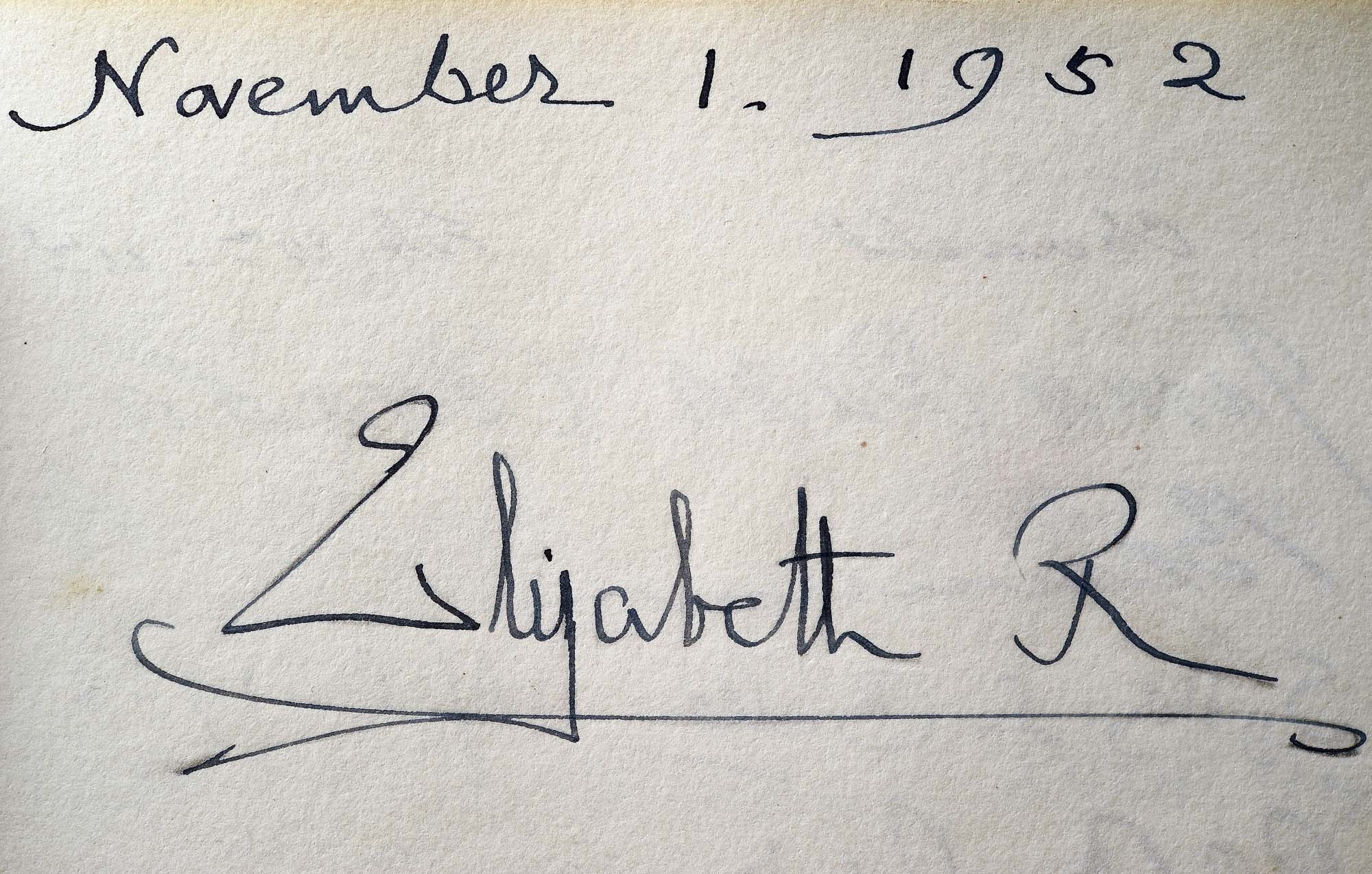 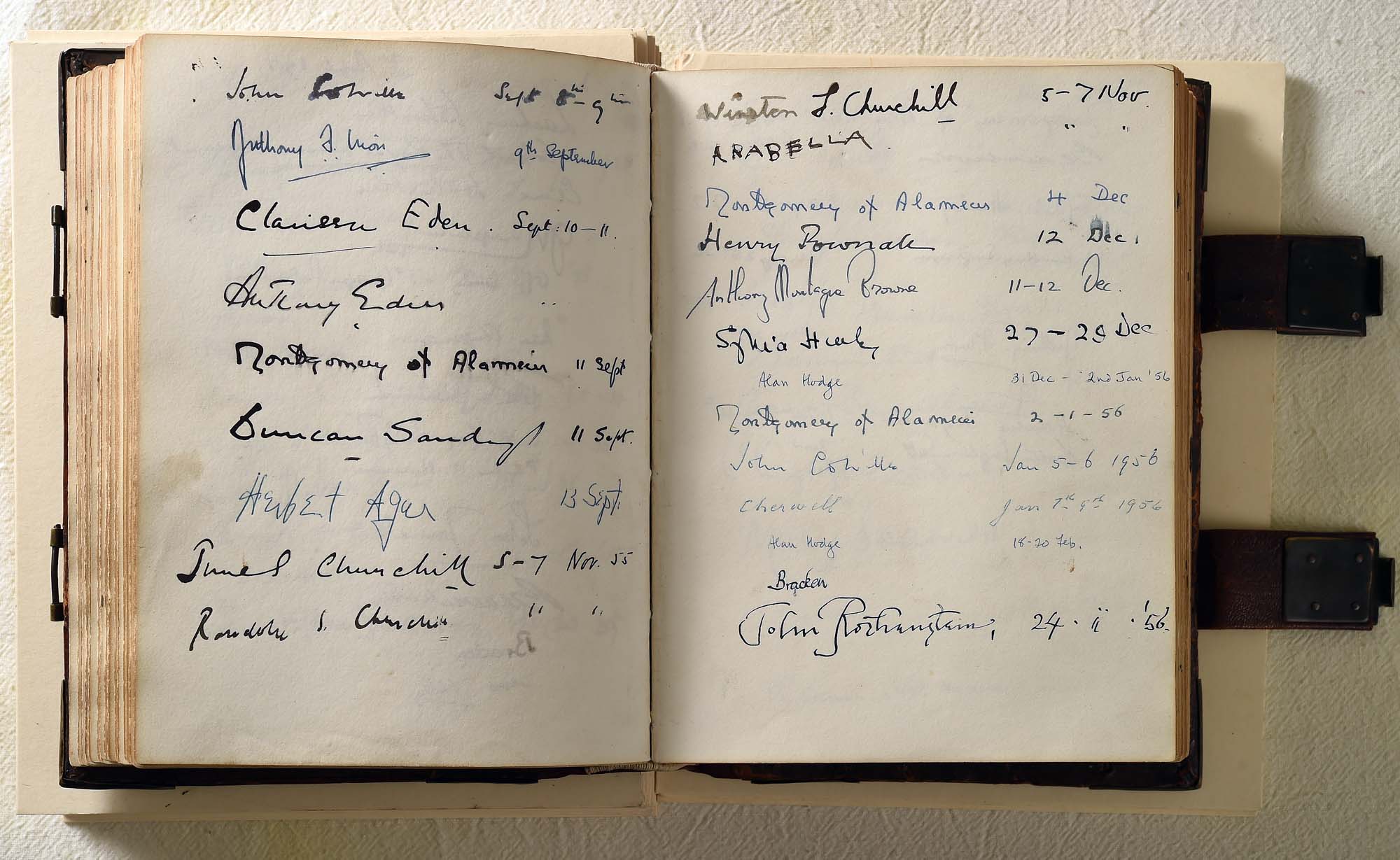 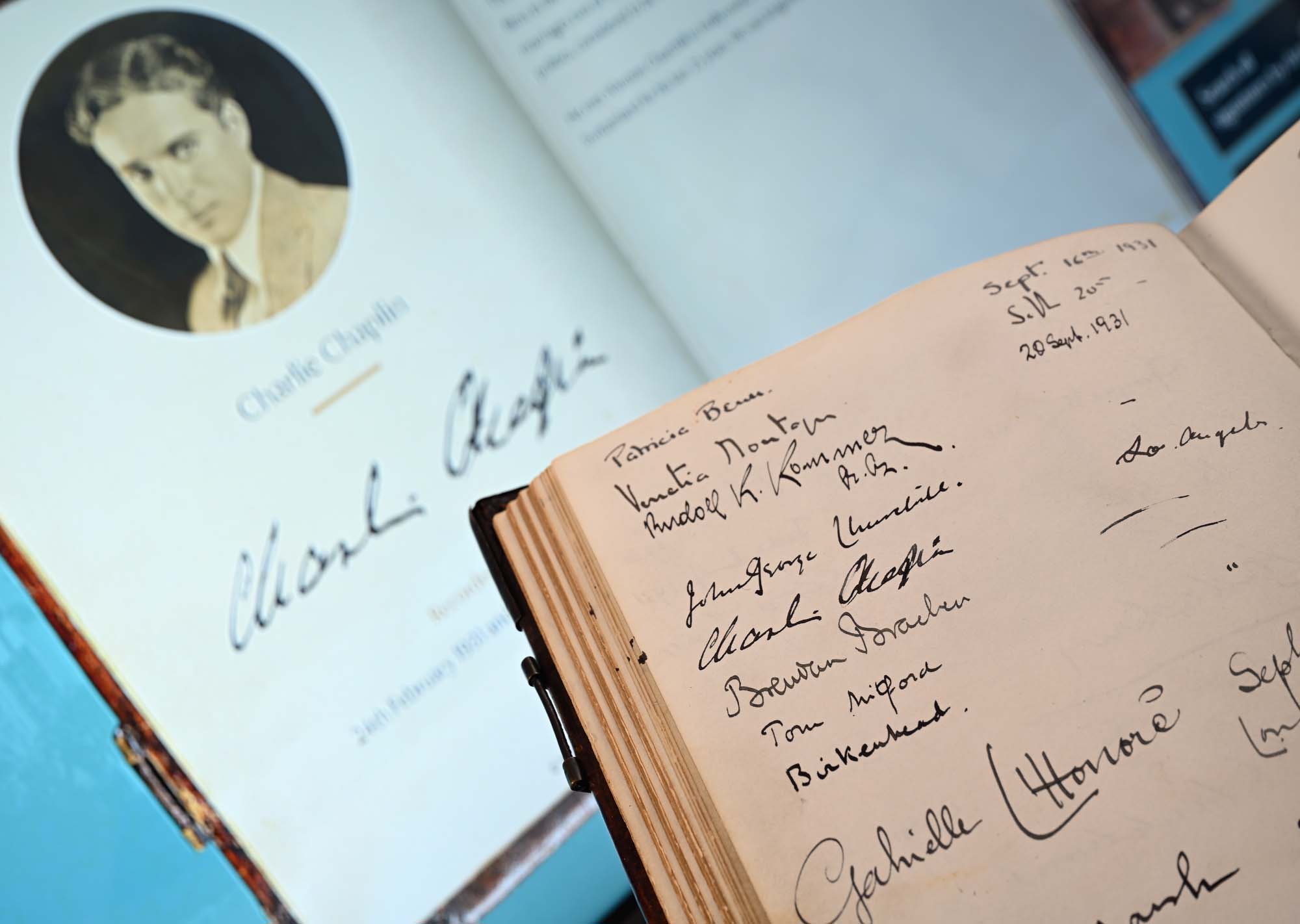 The house was given to the National Trust in 1946 by a consortium of Sir Winston’s friends and colleagues, who purchased it from the Churchills at a time when they felt they could no longer afford to keep it. Churchill’s friends wanted to ensure the house was safeguarded for the nation and it was given to the National Trust on the condition that Sir Winston and Lady Churchill could live there until their deaths.

After Sir Winston died in 1965, Lady Churchill chose not to stay and, aided by her youngest daughter, Mary Soames, and her secretary, they arranged the house as it had been in the 1920s and 30s. The National Trust opened Chartwell to the public in 1966 and today it retains the feeling of a relaxed family home reflecting Sir Winston’s passions and interests while also charting his career in living colour for the more than 230,000 people who visit every year.

The searchable database of visitors from Churchill’s time there allows people to search through names by category, such as ‘Arts, Entertainment & Sport’, ‘Law & Justice’ and ‘Medicine & Health’ and discover more about the lives, stories and careers of those that signed the book.

“Our volunteers have been instrumental in giving this remarkable piece of history a voice, and thanks to their exhaustive research we have been able to identify almost everyone who signed the Visitors Book across 40 years,” says Zoë Colbeck, Chartwell’s General Manager.

“When the volunteers started their research, there were 132 names that couldn’t be deciphered but they have managed to identify almost all of them. However, despite extensive searches through letters, diaries, biographies, and other avenues, there is still a handful of names that they haven’t been able to identify.

“We will continue to research them, but by putting the signatures online we are hoping there may be someone out there who recognises a name and can help us solve the mystery.”

Some of the mystery signatures: 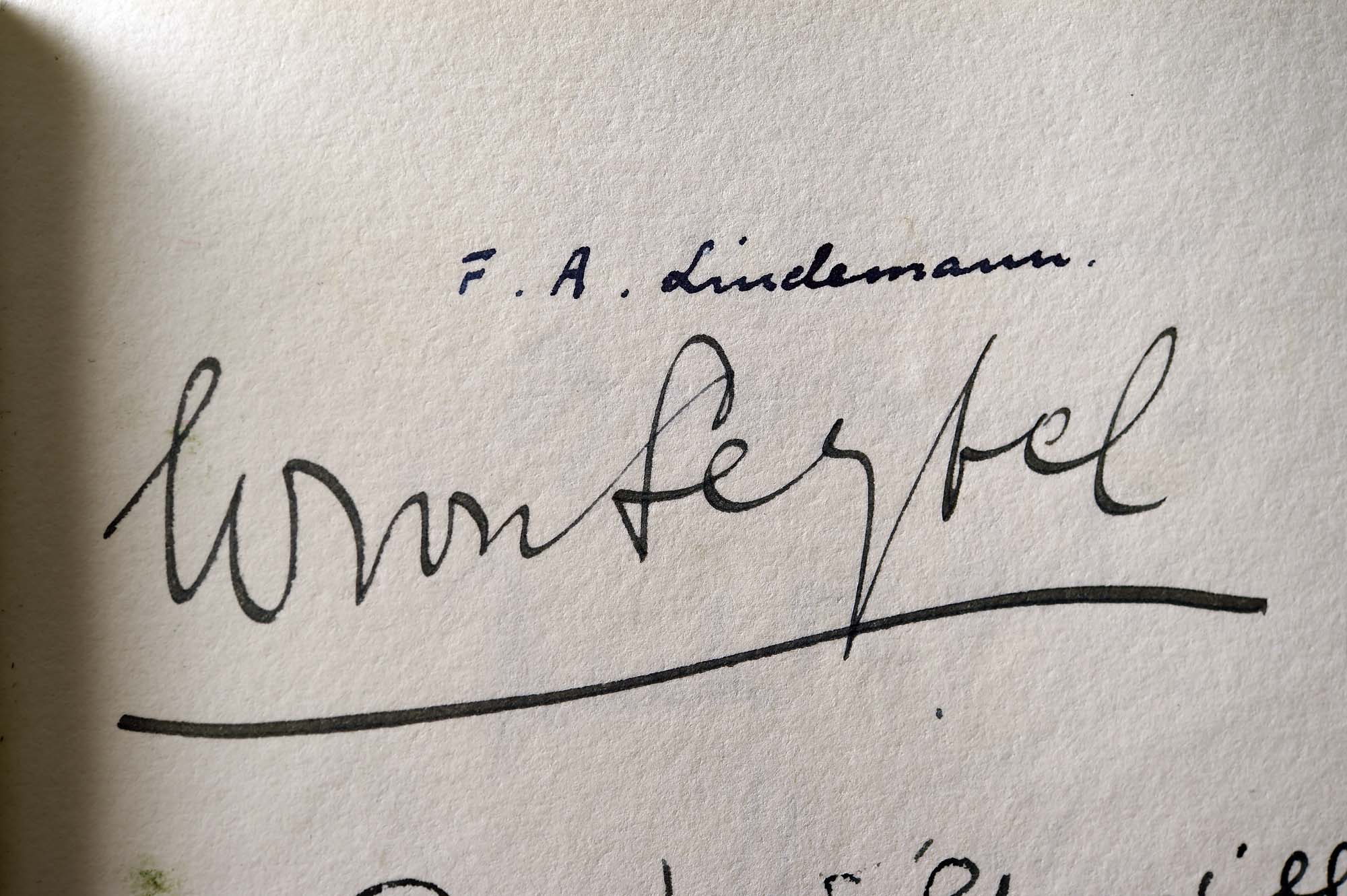 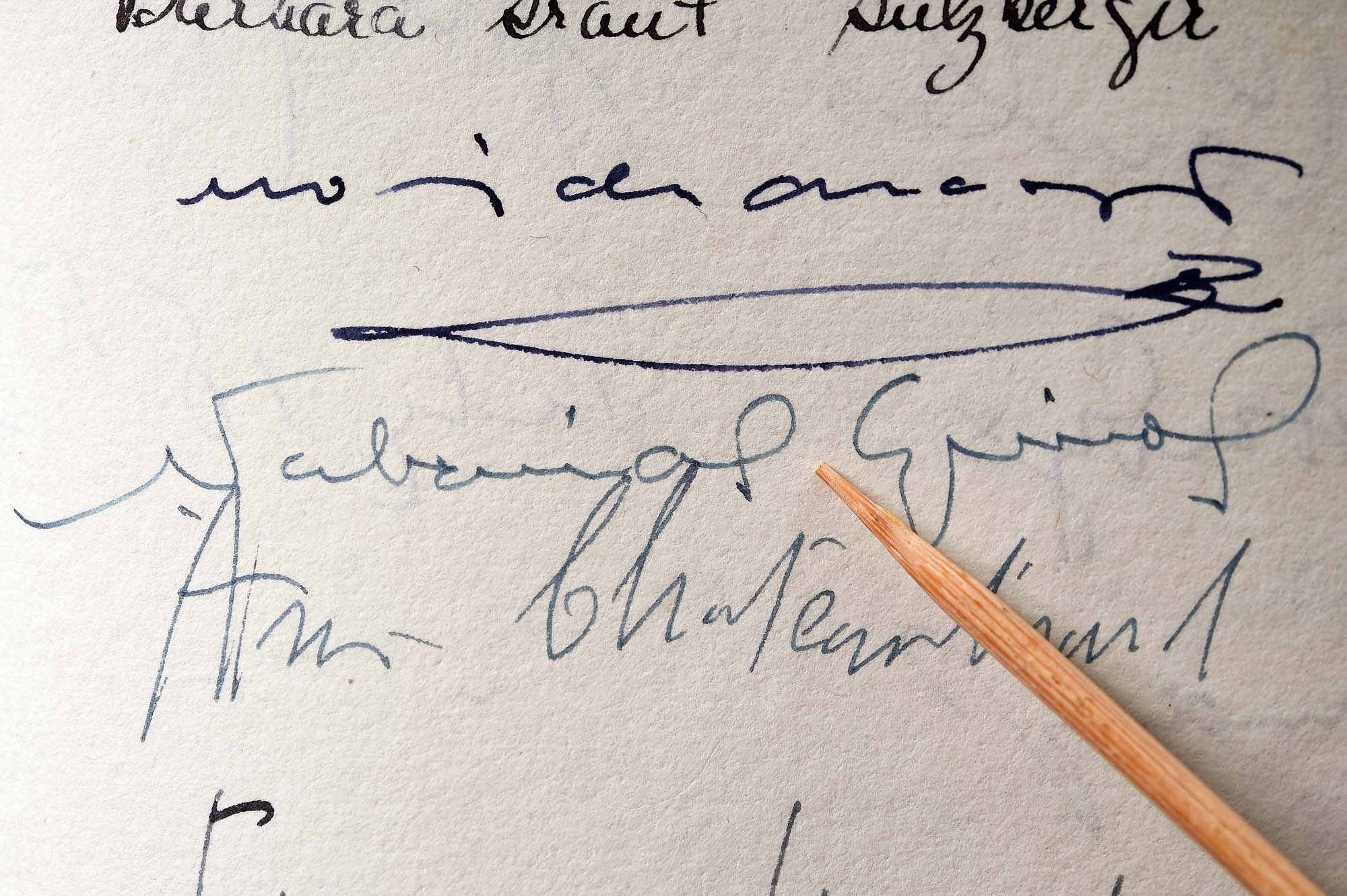 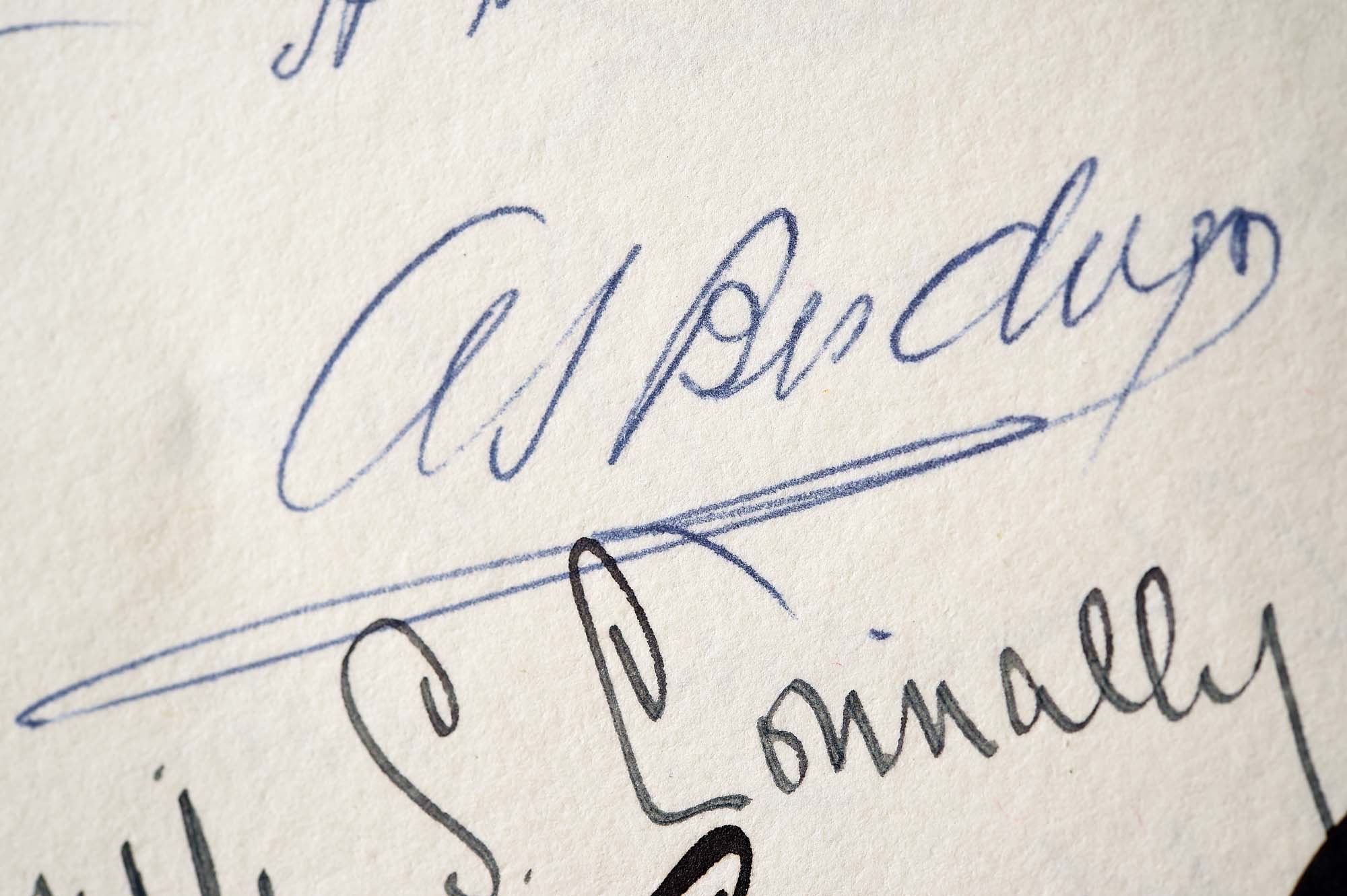 To see the remaining fifteen mystery signatures online and for further information on Chartwell visit www.nationaltrust.org.uk/chartwell

Bought by Sir Winston for its magnificent views over the Weald of Kent to Sussex, Chartwell was his home and the place from which he drew inspiration from 1924 until the end of his life.