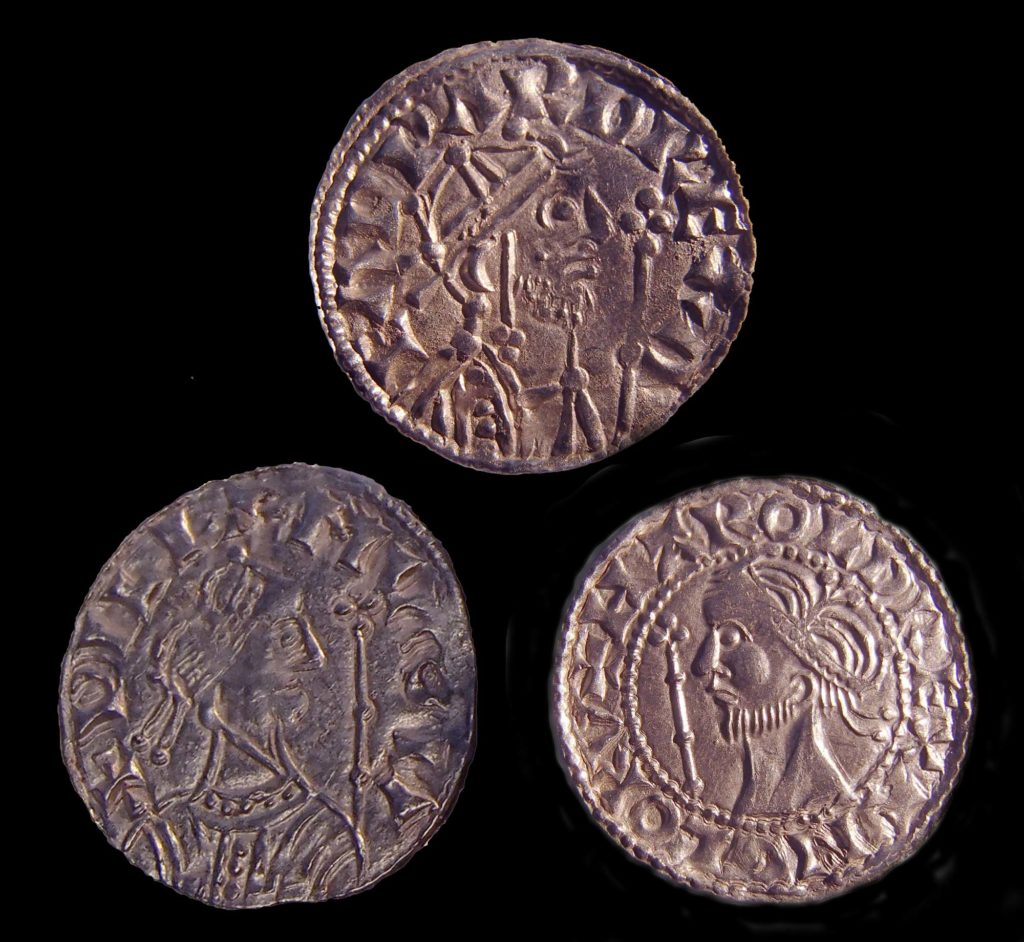 A vast coin hoard recording the dramatic transition from Anglo Saxon to Norman Kingship in the wake of the Battle of Hastings in 1066 is the latest star find announced by the Portable Antiquities Scheme (PAS).

Administered by the British Museum in England and Amgueddfa Cymru – National Museum Wales, the PAS processes and records thousands of archaeological finds made by the public and, like most of the objects it administers, this latest discovery was made by metal detectorists.

Lisa Grace and Adam Staples were leading a search by a group, which included a number of fledgling detectorists, on land near the Chew Valley in Somerset, when one of them unearthed a rare William the Conqueror coin. Over the next five or so hours the group unearthed a total of 2,528 Norman Conquest-era coins dispersed over a small area in the ploughsoil.

The hoard, which is in very good condition, is made up of 1,236 coins of the defeated Harold II and 1,310 coins of the first type of his conqueror William I, as well as a number of fragments. One of them even depicts Harold’s predecessor Edward the Confessor, who died in January 1066, giving credence to the argument that England had three different kings in 1066. 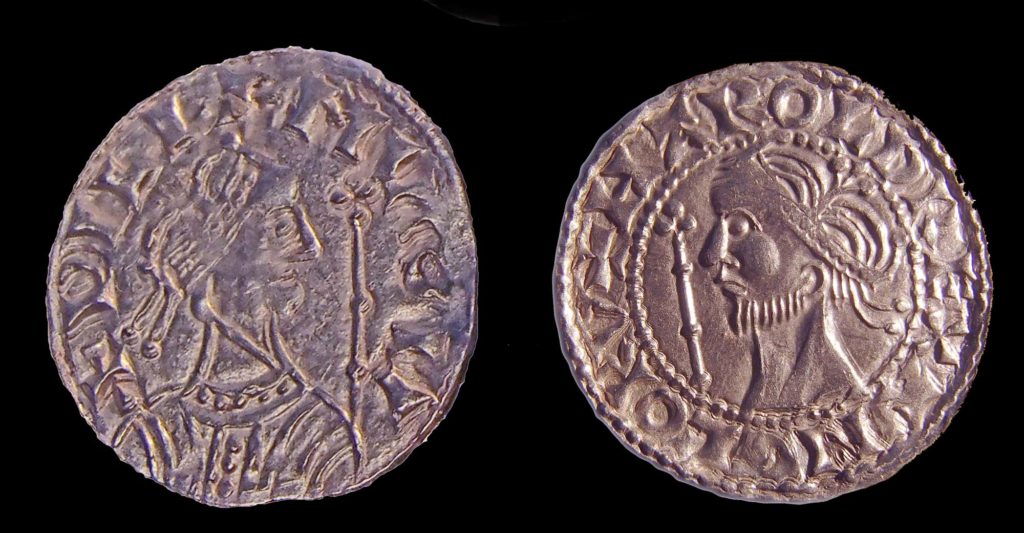 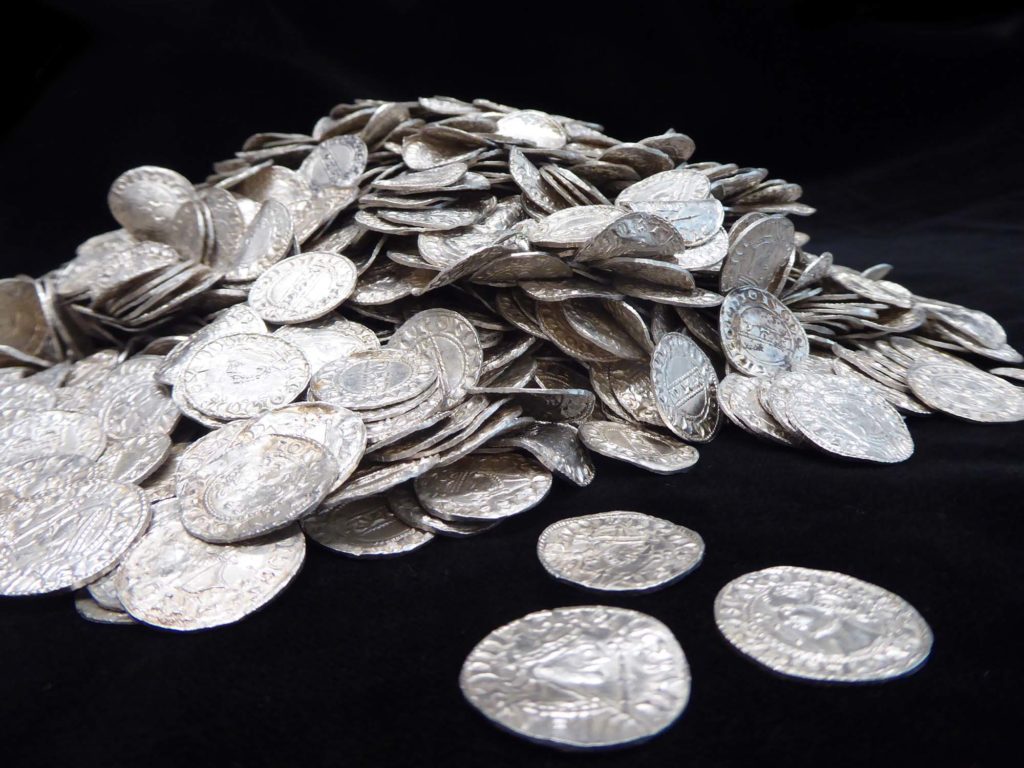 Sample of the Chew Valley Hoard. Photo: Pippa Pearce © The Trustees of the British Museum 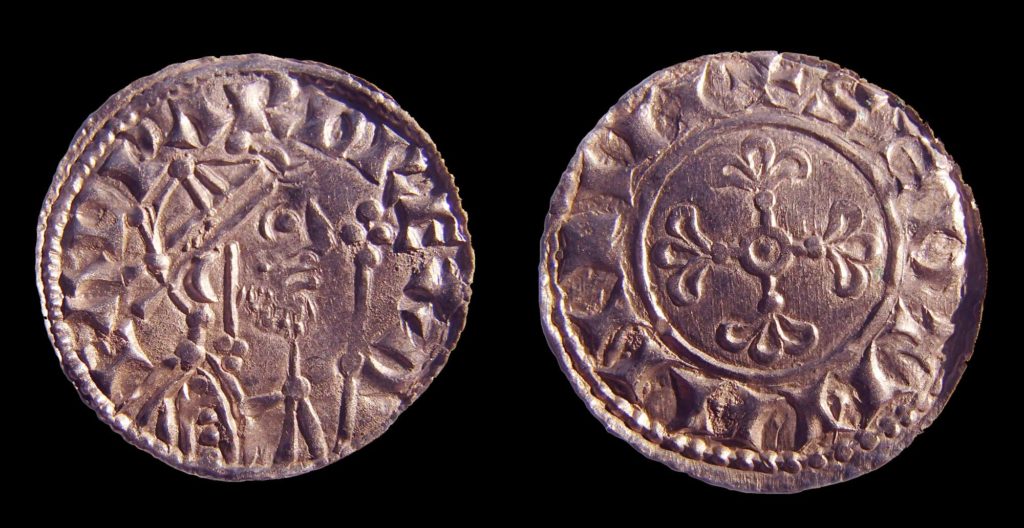 ‘Mule’ of Edward the Confessor and William I. Photo: Pippa Pearce © The Trustees of the British Museum

Experts are hailing the find, which contains almost double the amount of Harold II coins compared with all previous known examples combined, as an unprecedented opportunity to examine changes in the coinage in the immediate aftermath of the Norman Conquest. Most of the Harold coins were produced in Sussex and the South East, which may indicate financial preparation in the area to resist the Norman invasion. In addition, the hoard makes up five times more examples of the first coin type issued by William I, following his coronation on Christmas Day, 1066.

“This is an extremely significant find for our understanding of the impact of the Norman Conquest of 1066,” says Curator of Early Medieval Coinage Gareth Williams. “One of the big debates amongst historians is the extent to which there was continuity or change, both in the years immediately after the Conquest and across a longer period.”

Preliminary analysis indicates the presence of mints previously unrecorded for Harold and William respectively, including coins of Harold from the local mint of Bath. There are also suggestions that the Norman die cutters producing the coins struggled to understand Old English based on the quality of spelling on the coin.

“Surviving historical sources tend to focus on the top level of society, and the coins are also symbols of authority and power,” adds Williams. “At the same time, they were used on a regular basis by both rich and poor, so the coins help us understand how changes under Norman rule impacted on society as a whole.”

The Chew Valley hoard also contains several cut halfpennies (silver pennies were often cut into halves or quarters to provide smaller denominations) and the first known examples of a ‘mule’ between Harold and William. Mules are coins with a design from different coin types on each side of the coin, indicating that the moneyer who minted the coin re-used a die to create one side.

An early form of tax evasion, this practice allowed the moneyer to avoid paying a fee each time new dies were acquired. In this case the mule demonstrates that coins were produced with Harold II’s name on after William I had taken control of the country following the Norman Conquest and established coinage of his own.

The hoard even includes a rare example of a mule of Harold’s predecessor Edward the Confessor (1042–66) and William I. 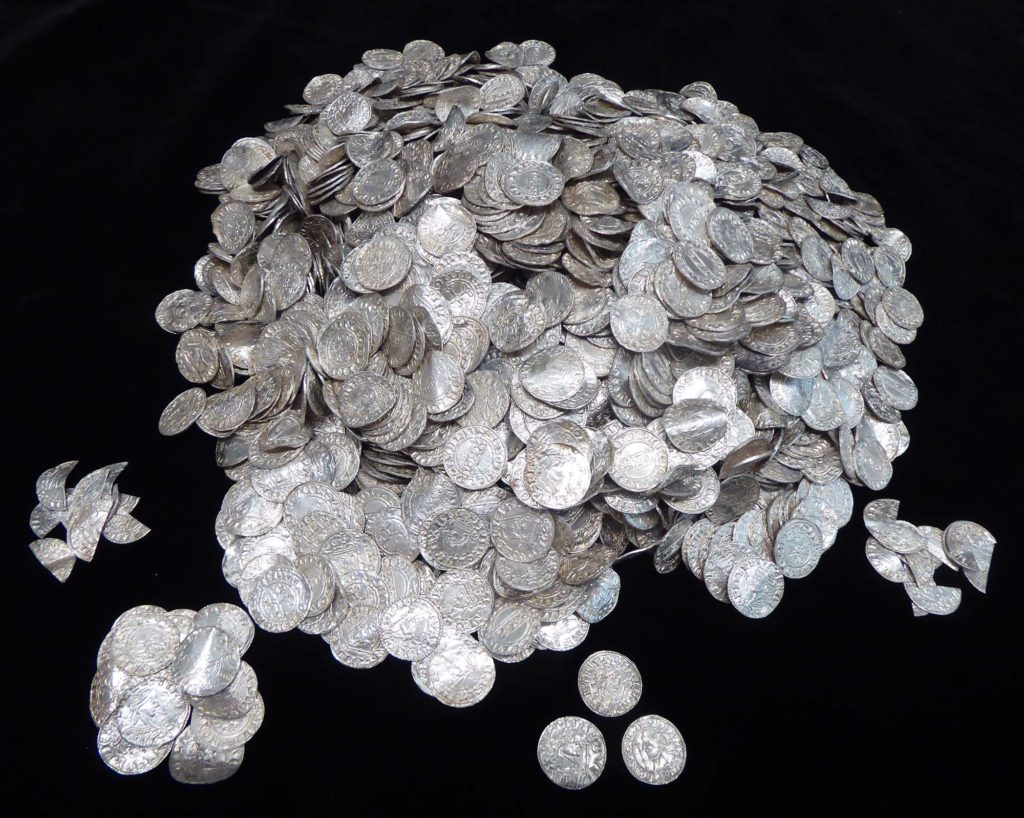 Sample of the Chew Valley Hoard from overhead. Photo: Pippa Pearce © The Trustees of the British Museum 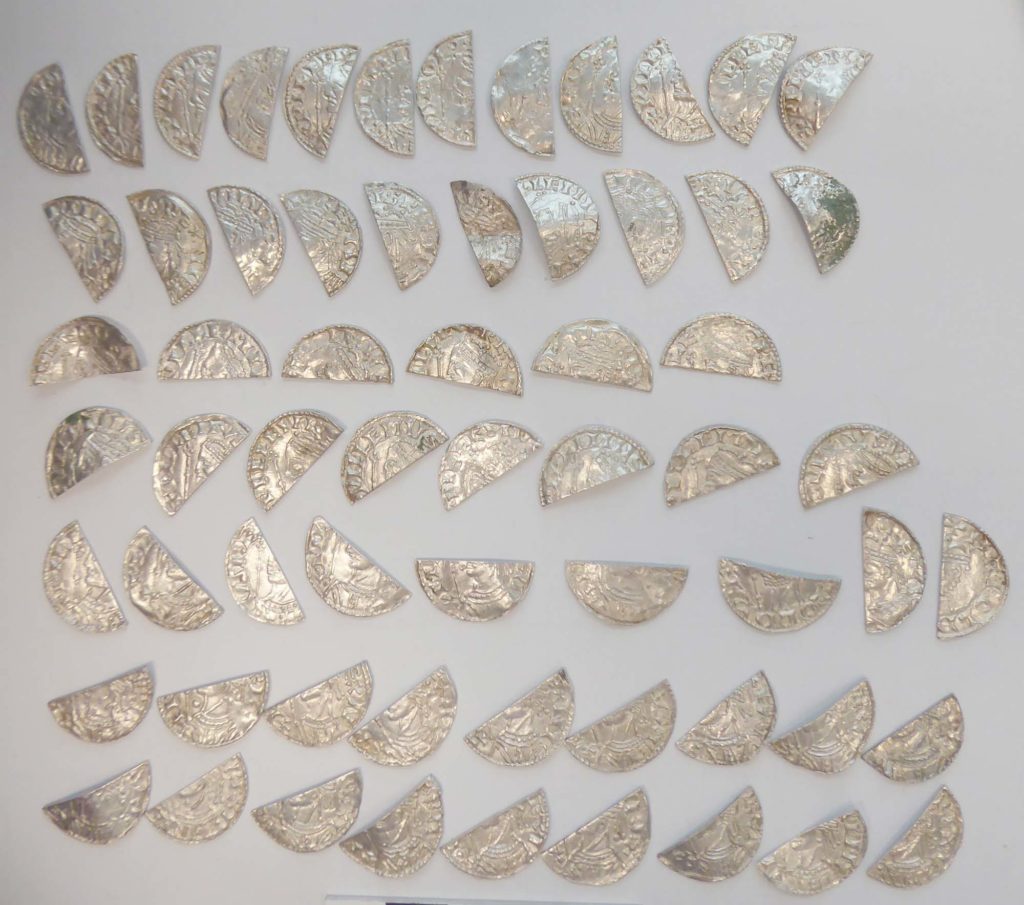 Cut halfpennies from Chew Valley hoard. The only coins minted for general circulation were silver pennies, but these were often cut into halves and quarters to provide smaller denominations. Photo: Pippa Pearce © The Trustees of the British Museum 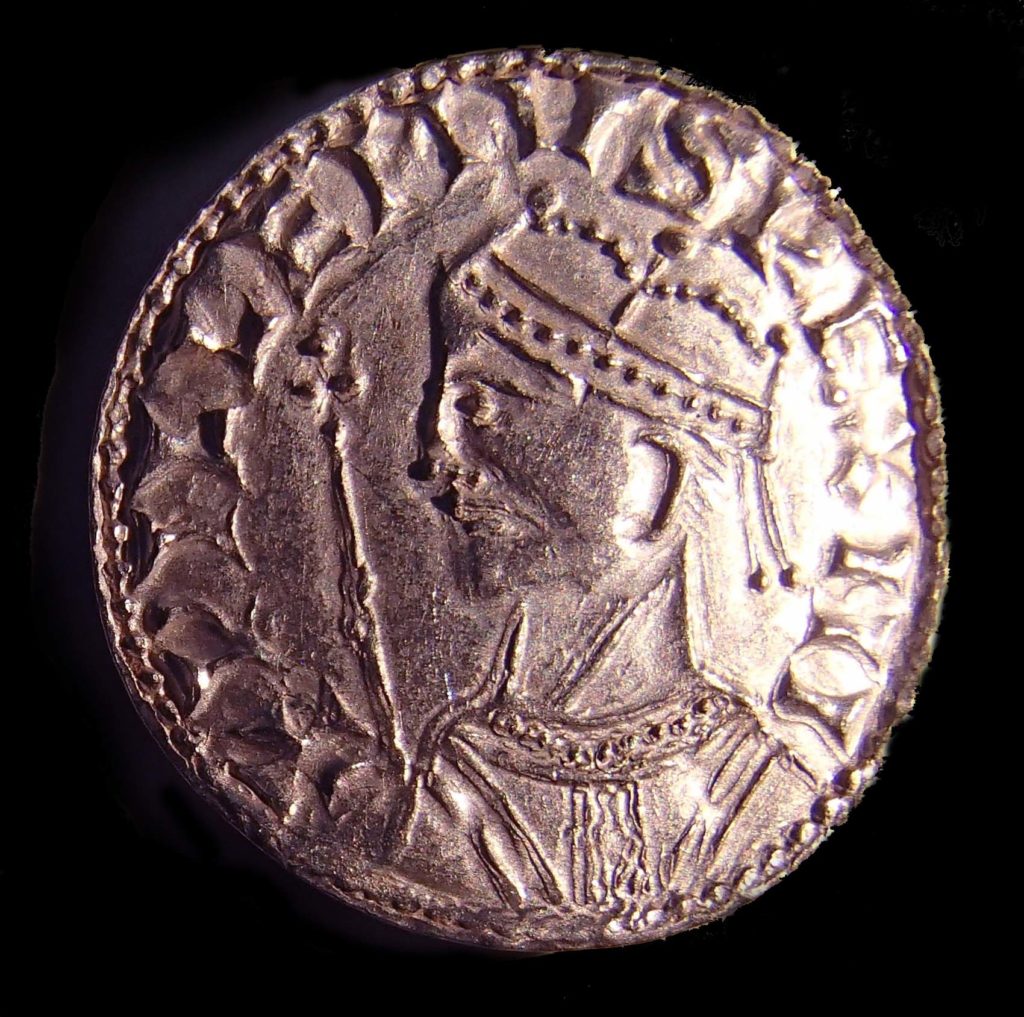 Penny of William I Photo: Pippa Pearce © The Trustees of the British Museum

And, in common with most hoard discoveries, the reason for its burial is enigmatically uncertain. Archaeologists do however know it was hidden in the turbulent period between 1067 and 1068, which coincided with a Welsh attack on Herefordshire in 1067 and William’s 1068 siege of Exeter. Later the same year the sons of Harold returned from Ireland, raiding around the mouth of the Avon, Bristol and down into Somerset.

The last of these events may well be the one most likely associated with the hoard, but all three indicate a period of unrest in the south-west which could have led to wealth being buried for safety.

The coins were brought to the British Museum the day after being discovered, where they were cleaned for identification purposes and catalogued in a report for the Coroner who will confirm if it is Treasure. Under the Treasure Act, museums are given the opportunity to acquire finds with money going to the finders and landowner.

Find out more and explore the finds processed by the Portable Antiquities Scheme at www.finds.org.uk