By all accounts the Scriptorium of St Albans Abbey was one of the best and most renowned sources of books and illuminated manuscripts of the medieval period.

And by the late Middle Ages the Abbey had one of the largest and most important book collections of any Benedictine house in England.

It is said the monastic scriptorium secured the Abbey – and the city in which it resided – a widespread reputation for the skill of its scribes who produced what are today considered many of the important texts of the Anglo-Norman era.

The Abbey’s production of chronicles and manuscripts was expanded significantly between 1349 and 1465 during the abbacies of Thomas de la Mare and John of Wheathampstead, but its dissolution in December 1539 saw the collection dispersed and today very few of the manuscripts still reside in the city where they were produced. 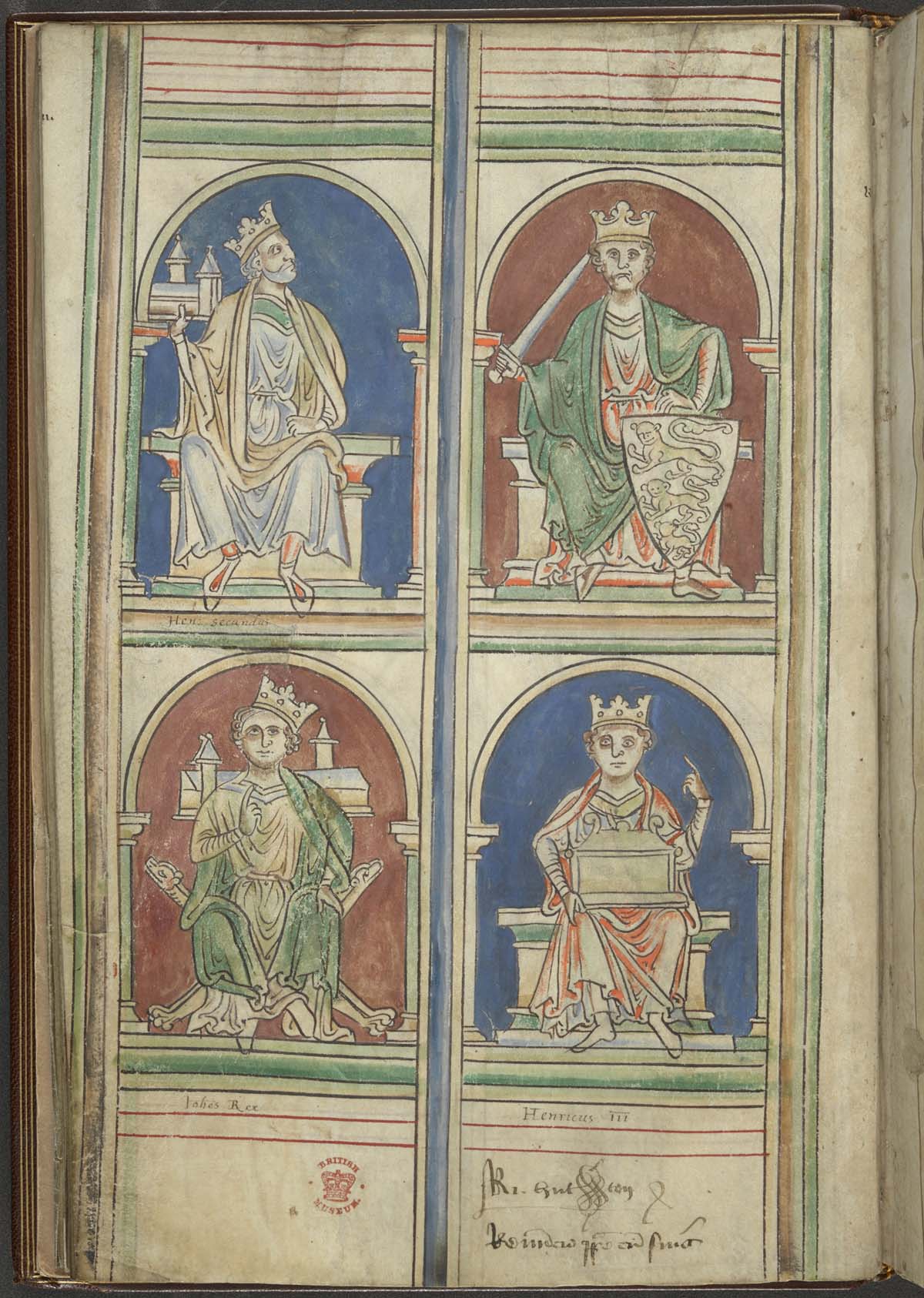 This exhibition offers a rare opportunity to see them brought together as a discrete collection.

Today, one of the most renowned names associated with the production of medieval chronicles from within the creative sanctum of the St Albans Abbey Scriptorium is the 13th century Benedictine Monk Matthew Paris.

Perhaps the best known of the Abbey’s recorders of history, this meticulous historian and skilled artist produced works of such a high standard that they became prized possessions in the libraries of the day, as far north as Durham.

The exhibition includes Paris’s famous and perfectly observed drawing of an elephant, which featured in his remarkable Chronica Maiora or Greater History. This seminal work was unprecedented for its use of archival and documentary material, which Paris mined to present an English view of European history from the creation to the year of his death in 1259.

The accuracy of the drawing has led many to conjecture that Matthew Paris actually observed it. King Henry III was a familiar visitor to the Abbey and had been gifted an elephant by King Louis IX of France. The unfortunate creature is said to have lived in the King’s menagerie in the Tower of London.

Cotton MS Nero D-VII f3v. King Offa and his gift of the monastery of St Albans from the-Book of Benefactors. AKA The Golden Book of St Albans © The British Library

There is also a chance to see Paris’s Liber Additamentorum, or “Book of Additions”, composed in the 12th or 13th century as his collection of original literary treatises and historical documents assembled to support his research for Chronica Majora.

The book includes a map of Britain, lives of the first 23 abbots of St Albans, and copies of original documents.

Paris’s fascinating work is joined by the second name most associated with the Abbey chronicles, Thomas Walsingham.

A monk with a fine and lively writing style and a determination to bring about another golden age of chronicle-writing and illustration at the Abbey in the wake of Paris, Walsingham compiled The Golden Book of St Albans, on display in the exhibition, which lists many of the benefactors who had donated to the Abbey.

Rather like a Who’s Who of medieval England, the book lists everyone from Kings and Queens through Popes, Abbots and Monks, right down to stone masons and millers who each made a contribution to the Abbey.

The lively illuminated portraits of this social hierarchy of medieval characters came from the hand of a lay artist named Alan Strayler, who waived his illuminators fee from Walsingham in return for a place in the renowned book as a benefactor.

Beyond the portraits Walsingham’s fascinating list of gifts – ranging from land, property and money, to jewellery, vestments, bells and books – offers yet another valuable insight into the social history of medieval England. 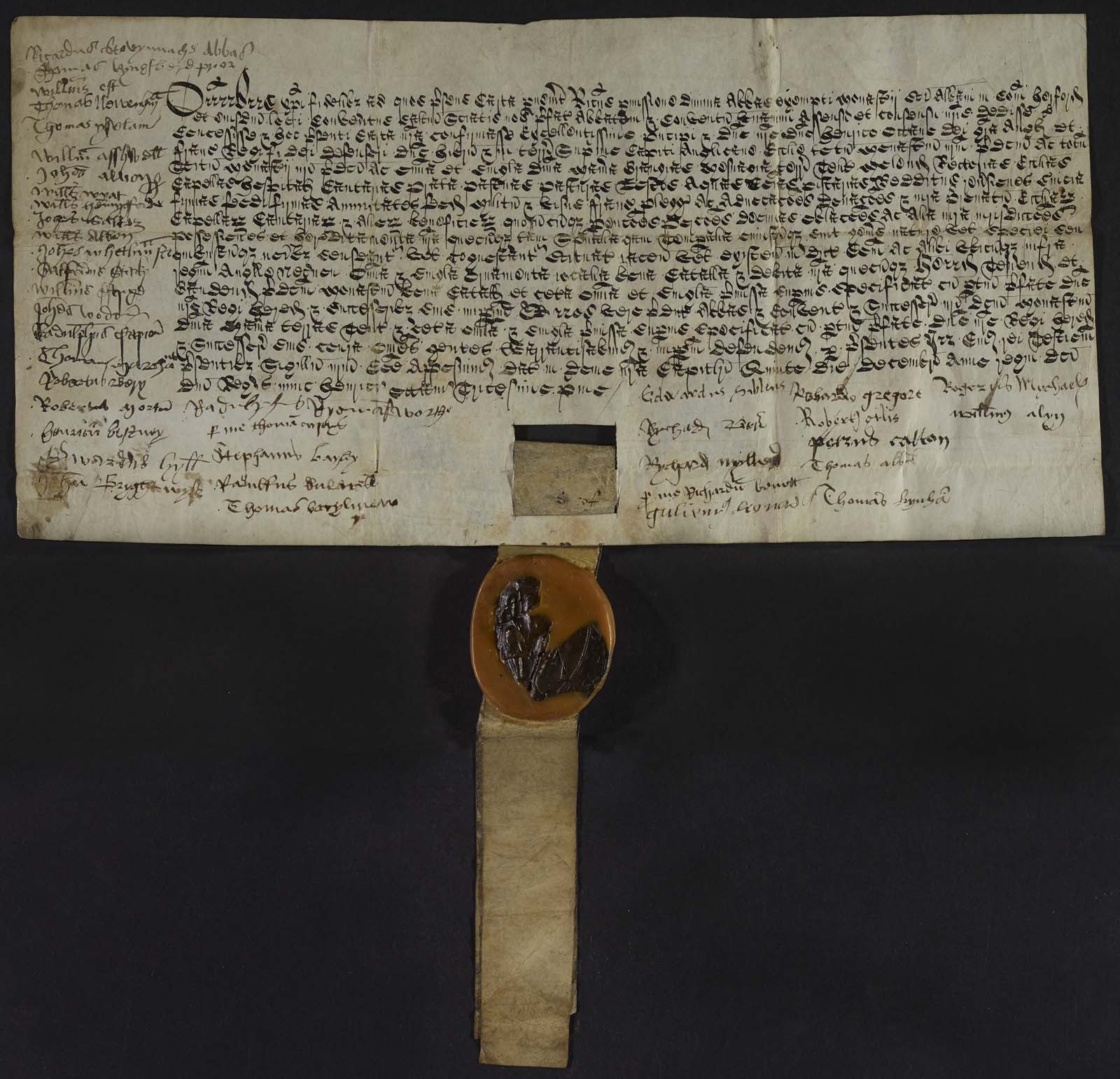 Deed of Surrender of St Albans Abbey. This shows the names of all the monks down the left hand side as they had to sign as witnesses.

MS Bodleian 602. A scribe at his desk © The Bodleian Libraries Oxford

“These books are among our most important cultural artefacts from the period between the Norman Conquest and the Tudor Reformation,” says James Clark, historical consultant for the exhibition. “They hold the original record of our history which inspired Shakespeare and has since become rooted in our collective memory.

“For centuries they were kept together in the care of an ancient abbey. But when Henry VIII closed the monasteries, they, and thousands of other historic books were broken up, dispersed and lost.

“Now, these, the precious few, so fortunately preserved, are returning to the very place where they were written and their parchments inscribed and decorated, for the first time in almost five hundred years.”

The Chroniclers of History exhibition runs until October 31 2021 at St Albans Museum + Gallery. Admission is free.

St Albans Museum + Gallery opened to the public on Friday 8 June 2018 and looks to be a leading centre for arts and culture at the heart of one of Britain’s most historic cities. Set over three floors, the newly created state-of-the-art gallery spaces showcase over 2,000 years of…