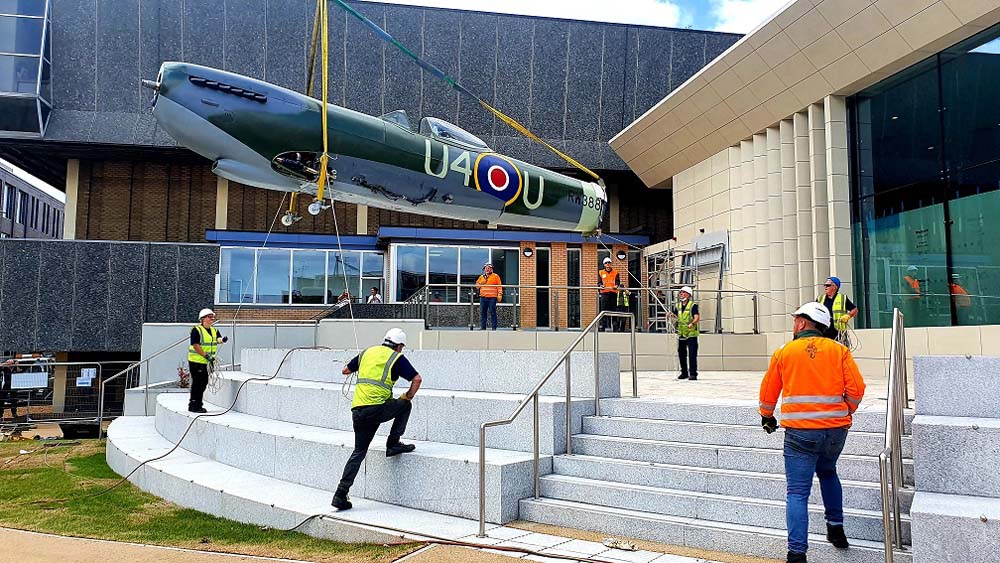 The fuselage of the Spitfire being transported into the new gallery in June 2021, ahead of it being reassembled by specialists. Courtesy Stoke-on-Trent City Council

The Potteries Museum and Art Gallery has a bright, shining new home for its newly-restored Spitfire

One of the most surprising encounters in a museum filled with treasures ranging from astounding ceramics to the nation’s most important Anglo Saxon Archaeology, used to be the Potteries Museum and Art Gallery’s Spitfire, RW388.

Seemingly trapped inside a room deep within this captivating museum, the Spitfire was gifted to the city of Stoke-on-Trent in 1972 in memory of its local designer Reginald Mitchell.

But in 2018 the iconic fighter plane left the building to undergo a major restoration prior to its journey to a new brighter purpose-built setting.

The Potteries Museum & Art Gallery’s new £5.4 million, 3,800 square foot extension – complete with glass walls at the front and back – will allow the public to see the plane lit up at night in the city’s new Spitfire Gallery. 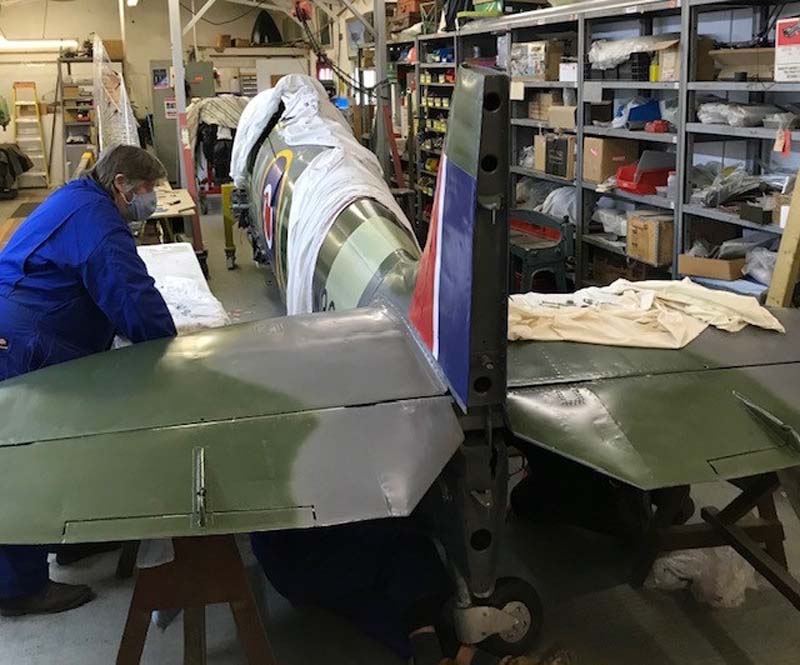 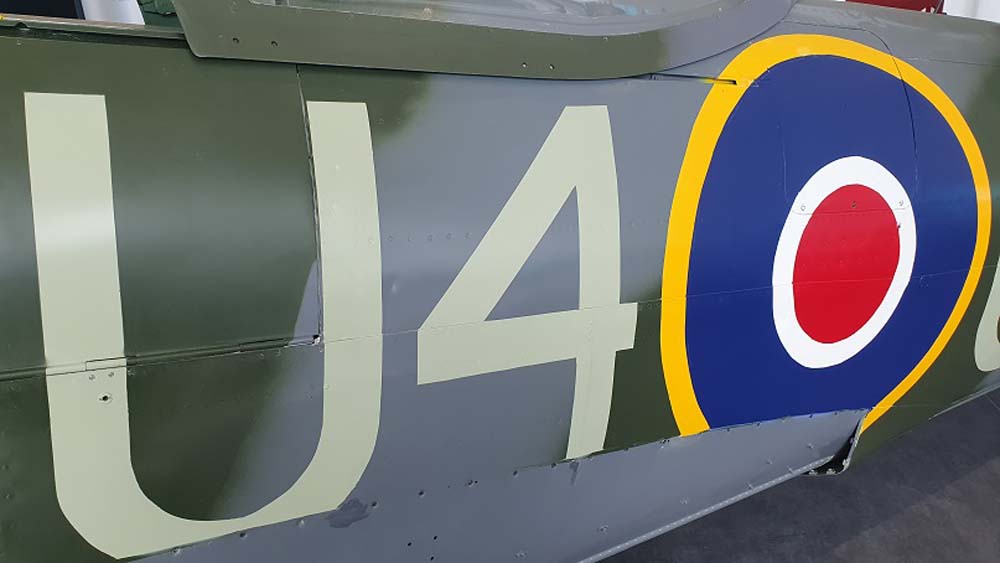 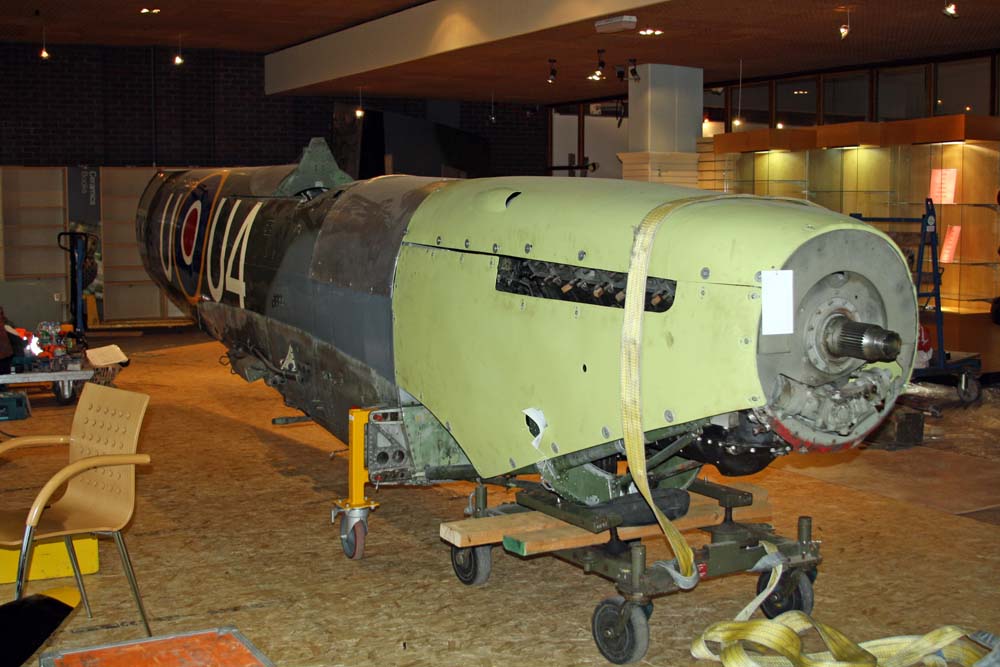 The Spitfire was partly dismantled to remove it from the Museum.

The new building and its restored plane will be unveiled to the public in time for Battle of Britain Day on September 15, the day that marks the day in 1940 when 13 hours of intense conflict over south east England countered the Luftwaffe’s longest bombing attack against Britain. This was the day when RAF Fighter Command claimed what proved to be a decisive victory over the German air forces.

Stoke-on-Trent’s Spitfire has been in the workshop of Medway Aircraft Preservation Society at an airfield 200 miles away in Kent for the past three years, allowing specialists to spend hundreds of hours painstakingly restoring it to its former glory.

It was finally transported back to Stoke-on-Trent in June 2021, with a huge crane finally lifting the precious cargo into its new home.

Part of the new Spitfire Gallery will be used to project video, animations and images about the plane and its designer, Reginald Mitchell, who lived in Normacot and was educated in Stoke-on-Trent before becoming one of the greatest aeronautical engineers of his generation.

RW388 was one of a batch of 1,500 Spitfire XVIs manufactured at Castle Bromwich in 1945, too late to see any war service. However the plane still had an eventful RAF career.

First taken by No. 6 Maintenance Unit at RAF Brize Norton on July 18, 1945, a month later it was issued to No. 667 Squadron where it sustained damage in a flying accident.

It was then taken to No. 411 Repair and Salvage Unit on December 30 for repair and in 1946 was sent to RAF High Ercall for storage before returning to RAF Brize Norton on January 12, 1949. 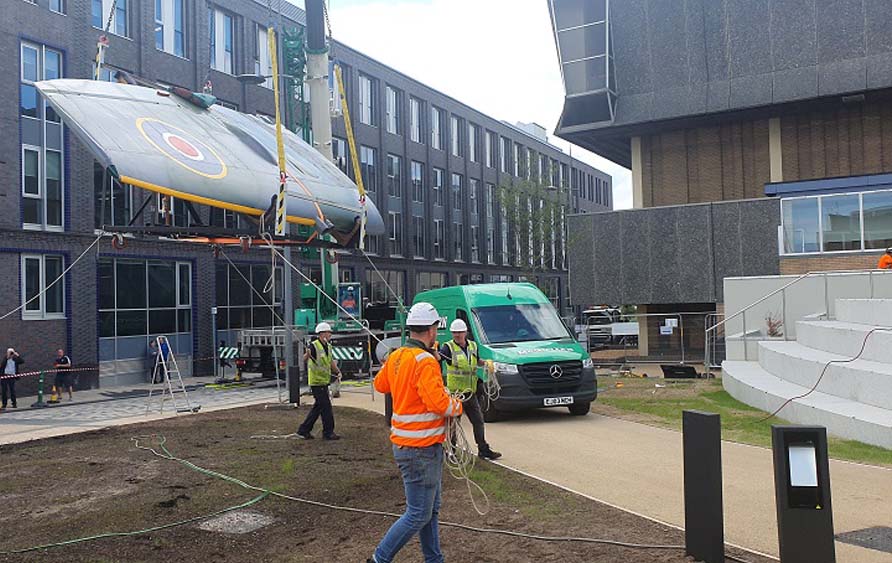 A wing is hoisted into place. 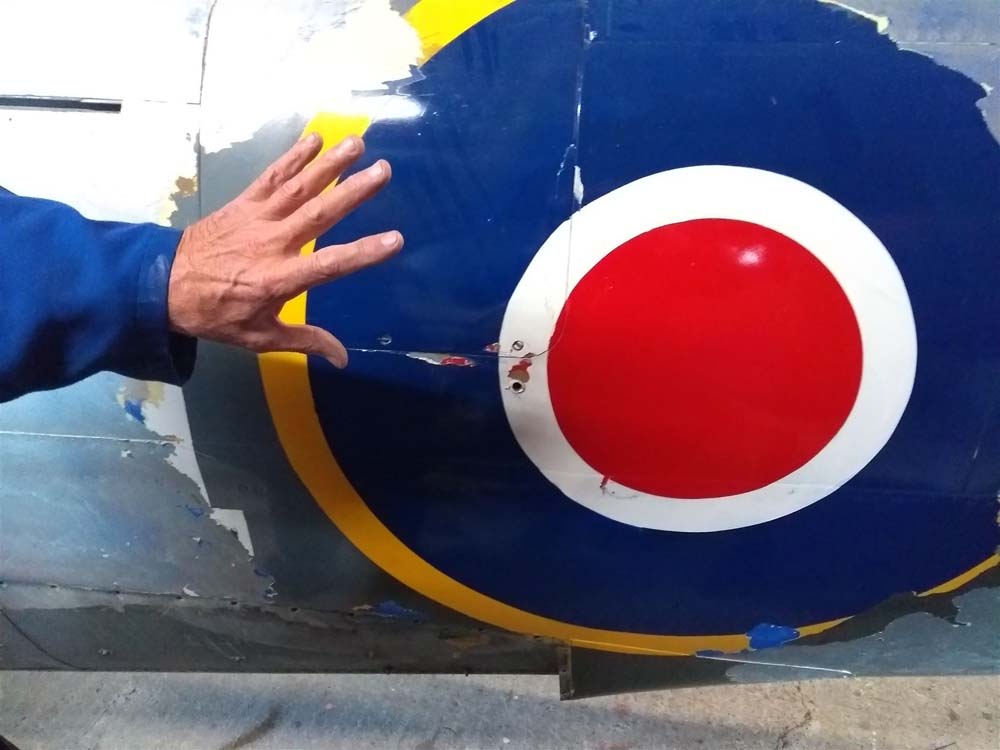 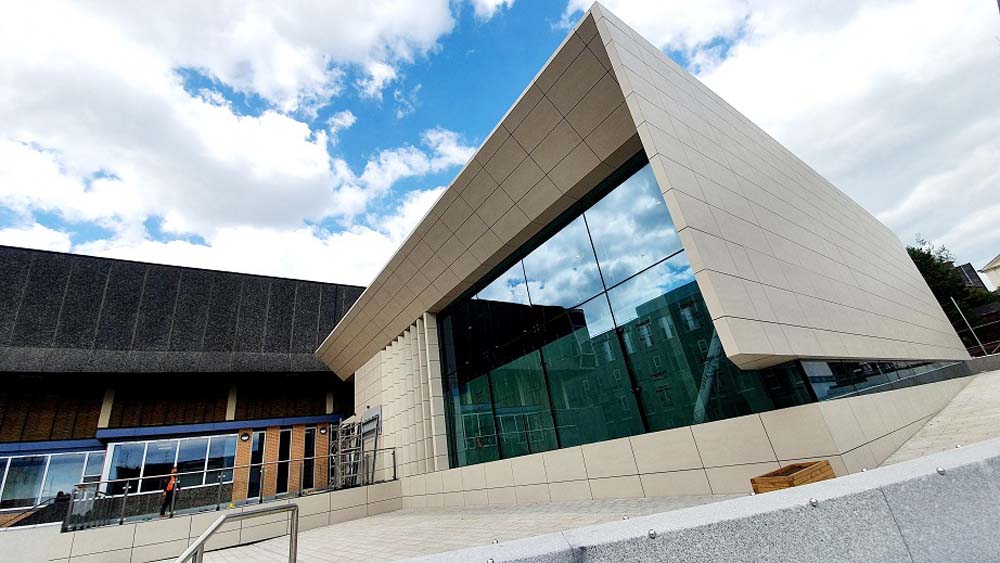 By 1951, RW388 had been allocated to No. 612 Squadron where it remained for six months before going to the Fighter Command Control and Reporting School.

After being damaged a second time, it was retired and installed as a display aircraft ‘gate guardian’ at RAF Benson and RAF Andover, finishing up as a showpiece at the Royal Tournament and Edinburgh Military Tattoo.

In 1972 the well travelled Spitfire was presented to Stoke-on-Trent by Air Chief Marshall Sir Neil Wheeler.

The new exhibition has been funded through a successful bid for £210,000 from a joint funding pot run by the Department for Digital, Culture, Media and Sport (DCMS) in partnership with the Wolfson Foundation.

Further funding totalling £47,000 was also raised with help from Operation Spitfire, The Friends of the Potteries Museum and Art Gallery, and through visitors’ donations.

The museum’s café is also being updated with a more modern look as part of the work, and the public realm is being improved outside the gallery. A date for the re-opening of the wider gallery and museum, which has been closed during the new building work, will be announced soon.

The Potteries Museum and Art Gallery

Travel back in time and discover the history of the the Potteries, including the world's greatest collection of Staffordshire ceramics. See Reginald Mitchell's World War 2 Spitfire and all sorts of art and craft. Enjoy a light lunch or afternoon snack in our relaxing Café Museum and browse in The…