The Royal College of Physicians throws its digital doors open with a new website marking its 500th anniversary; here’s some of our favourite objects from a collection drawing on half a millennia of treasures 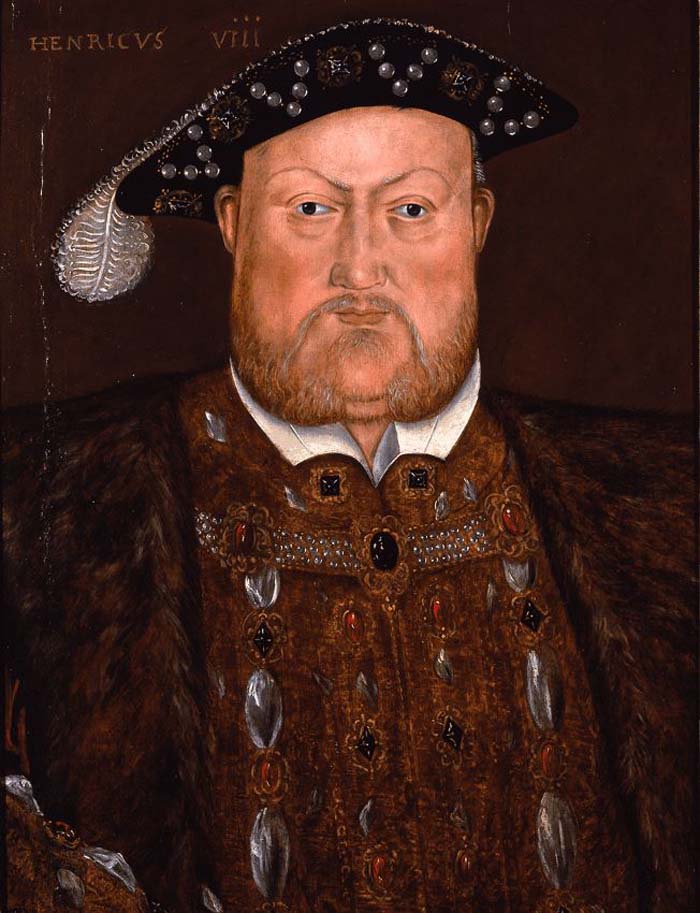 In 1518, Thomas Linacre persuaded Henry VIII to found a college along the lines of the academies in Italy, to regulate the practice of medicine in the City of London and seven miles around the city. He must have been impressed because in 1523 he passed an act of parliament that enabled the College to regulate the practice of medicine across all of England. 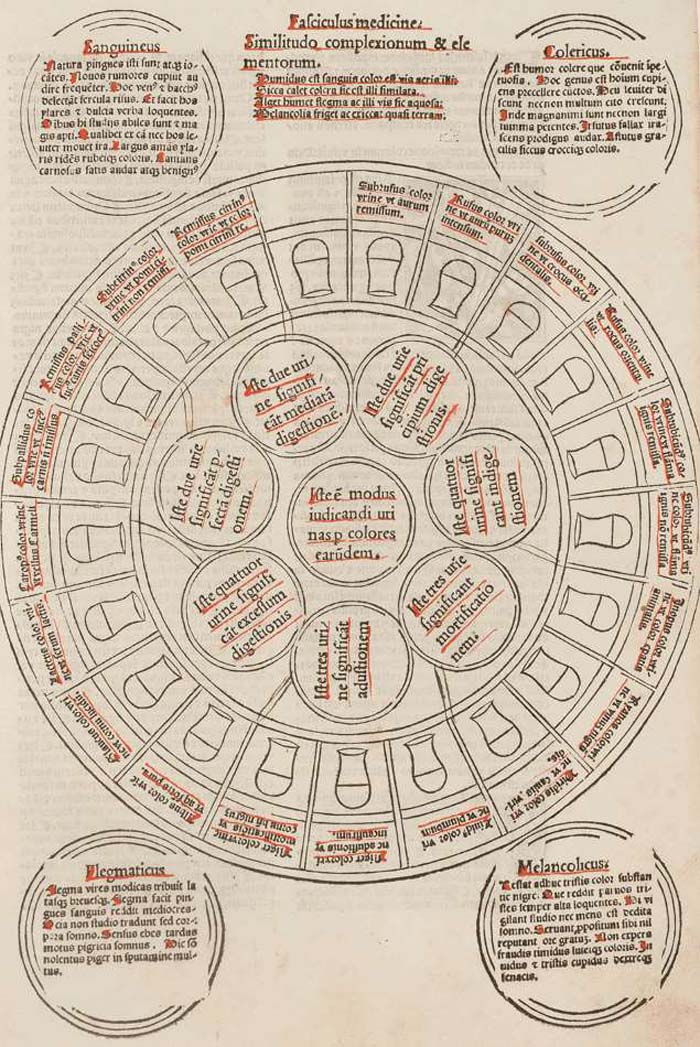 Until recent centuries Uroscopy – the examination of urine – was one one of the the principle diagnostic techniques that were available to physicians. This urine wheel describes the different colours, textures and smells that a physician might observe in a urine sample and explains what these mean for the patient’s health and prognosis. Sanguineus, Colericus, Flegmaticus and Melancolicus offer an idea of the kinds of maladies this scientific peering into the piss-pot was trying to cure. As the illustration proclaims, it was “similitudo complexionum & elementorum.”

The physician and the memento mori 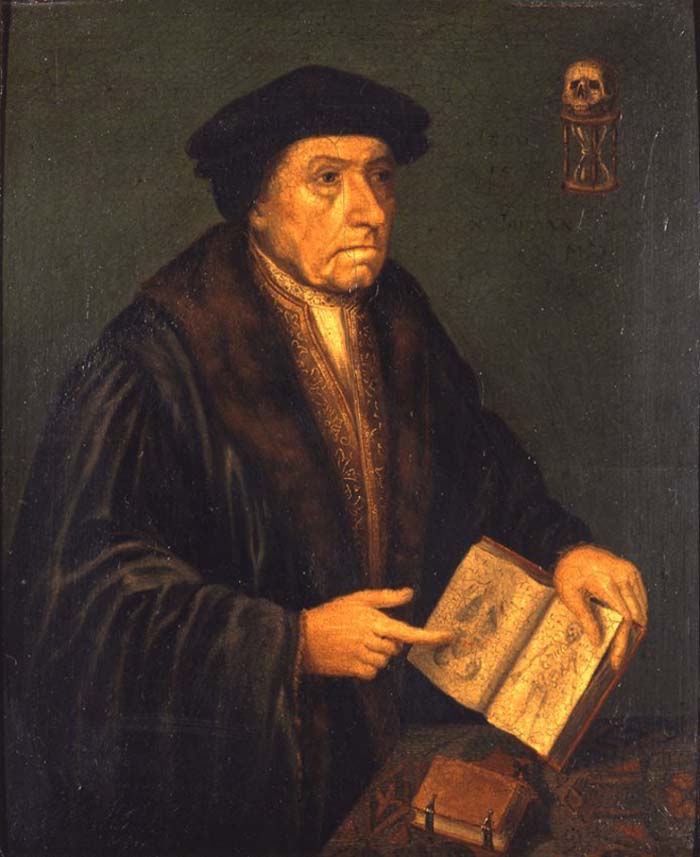 John Chambre was one of six founding physicians who were named in the College charter issued in 1518, by Henry VIII. As well as devoting his life to the study of the workings of the human body and its ailments, Chambre lived through tumultuous times, serving as royal physician to both Henry VII and Henry VIII. Little wonder his Tudor portrait features a memento mori in the shape of a skull and hourglass.

The charter of the dead bodies 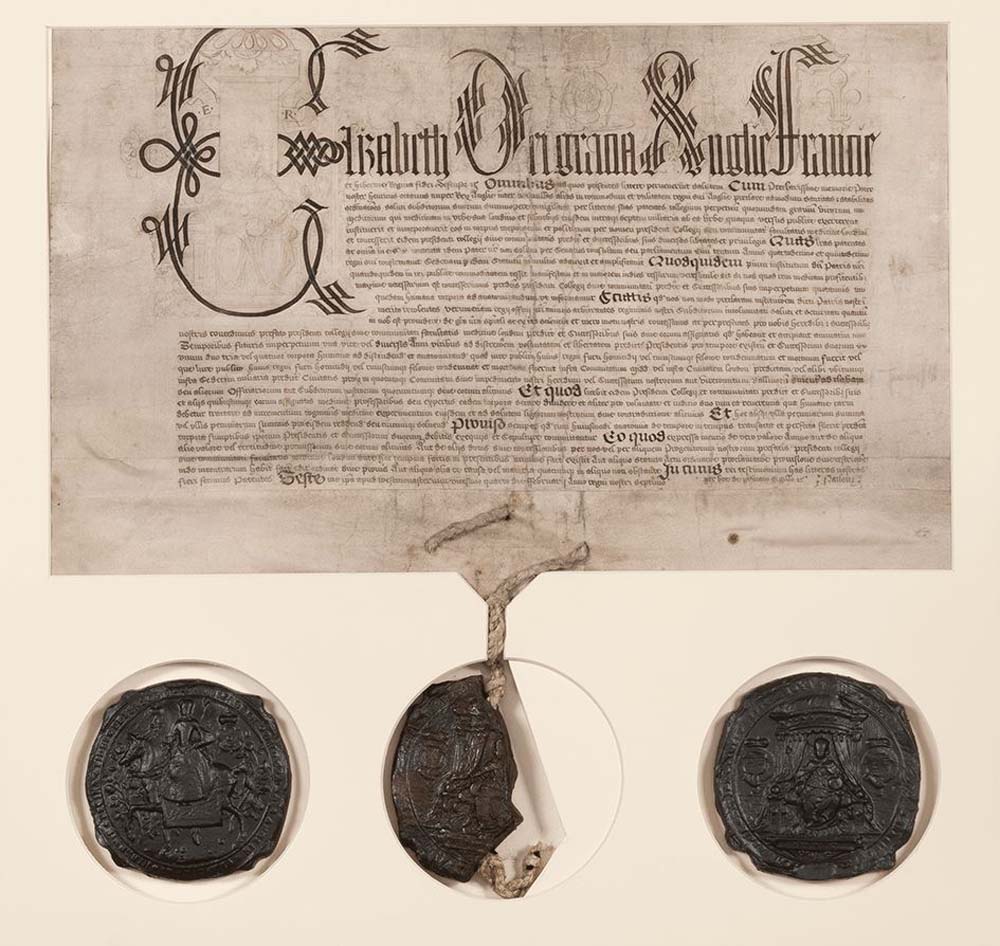 Elizabeth I Charter for Anatomies, 1564/5. © Royal College of Physicians

This Charter, granted by Elizabeth I, gave the College the right to collect the bodies of four hanged criminals each year, from Tyburn, for anatomy lessons. 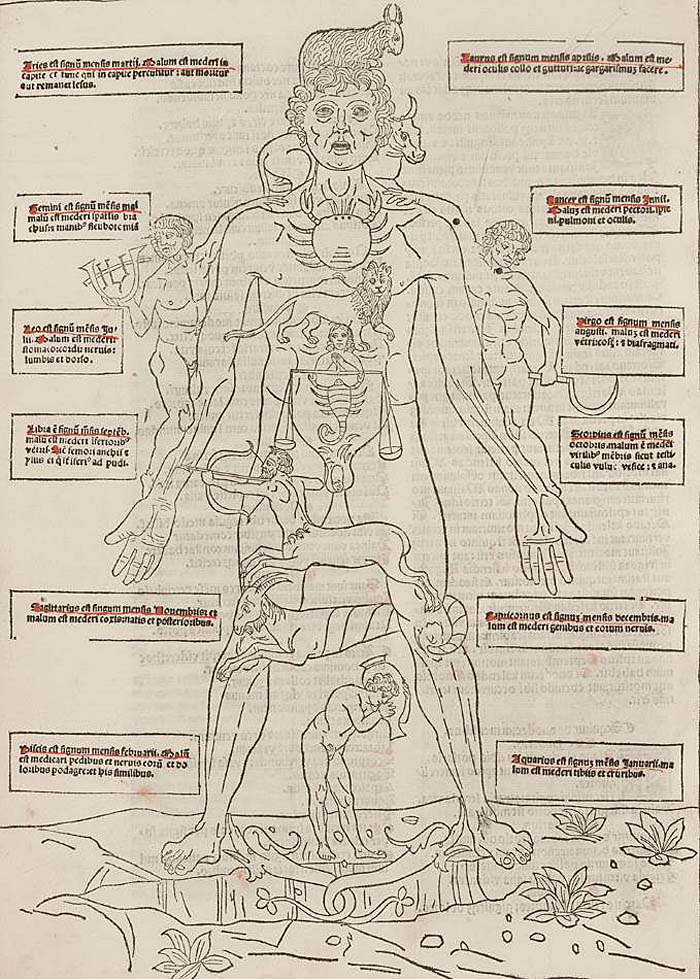 Medieval and renaissance medical theory incorporated astrology and stated that health and disease were affected by the movement of the stars and planets. This diagram shows which parts of the human body were believed to be related to which of the 12 signs of the zodiac. Aries (the ram) is at the top of the head and Aquarius (the water carrier) is at the feet. 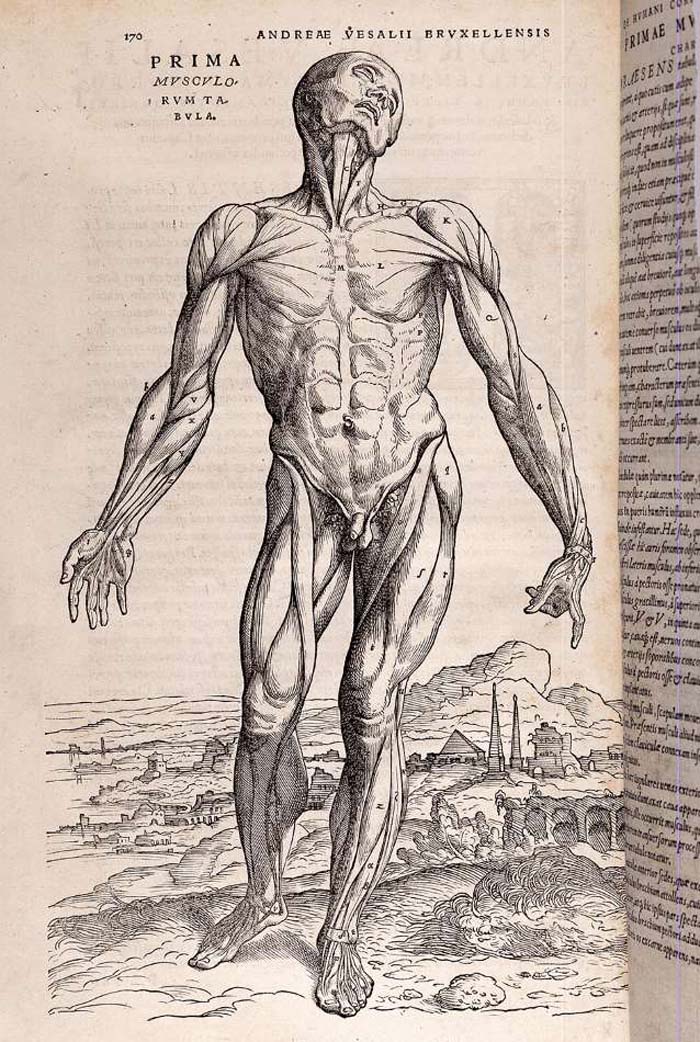 The book De humani corporis fabrica (‘On the fabric of the human body’) by Andreas Vesalius (1514 – 1564) is probably the most famous medical book in history. Its seven chapters describe and illustrate the anatomy in previously unknown detail and accuracy. This dramatic woodcut shows the muscles of the male body – with a background showing the Italian countryside. 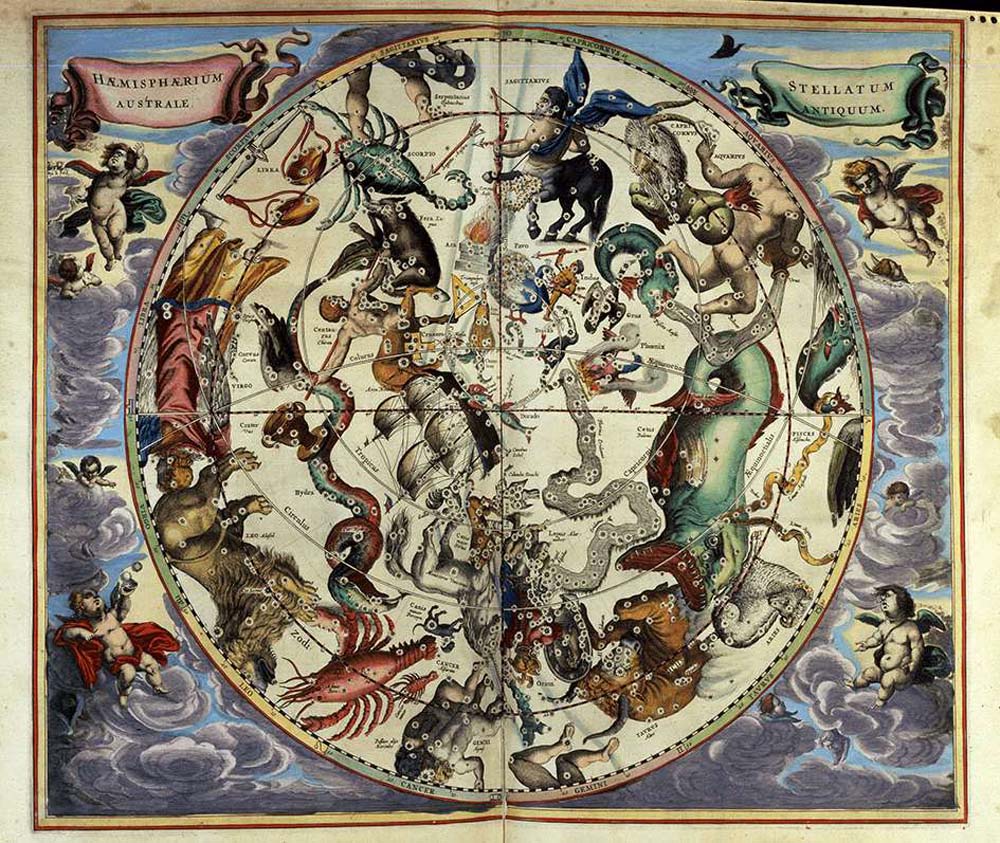 This brilliantly vivid diagram shows the constellations of the southern hemisphere surrounded by the 12 signs of the zodiac. It is one of dozens of hand engraved illustrations in Callarius’ monumental work on astronomy. 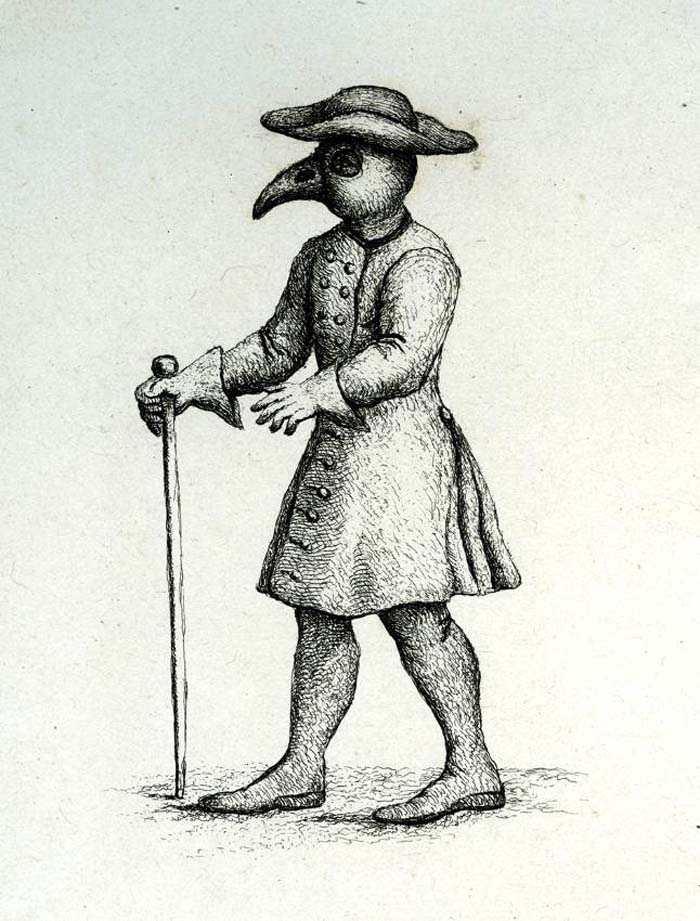 Print of a physician wearing a mask at the time of the plague, 17th century. © Royal College of Physicians

In previous centuries, epidemic diseases such as the plague were thought to be caused by miasma or bad air. The beak or long nose of the mask wold be filled with perfume, flowers and other sweet smelling items to protect the physician from catching the disease from their patients.

This dried anatomical preparation of an adult human male nervous system is displayed on a tablet of pine wood. It was probably made at the University of Padua in Italy. It was one of a set of six anatomical tables that were bought by Sir John Finch (1626 – 1682) and English physician, collector and diplomat who studied at Padua. The tables were passed down through his family, the earls of Winchelsea, and kept at Burly-on-the Hill. The tables were presented to the College in 1823. 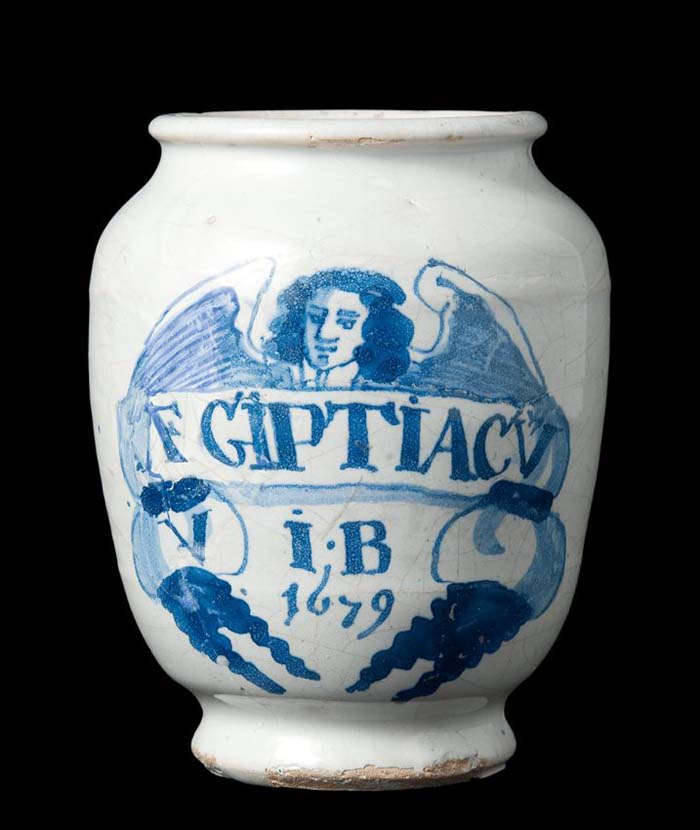 Painted in blue with cartouche inscribed ‘V AEGIPTIACV / IB / 1679’ this jar was made in Lambeth, London. It was initialled IB and dated 1679 for the original owner, John Battersby, who was Samuel Pepys apothecary. 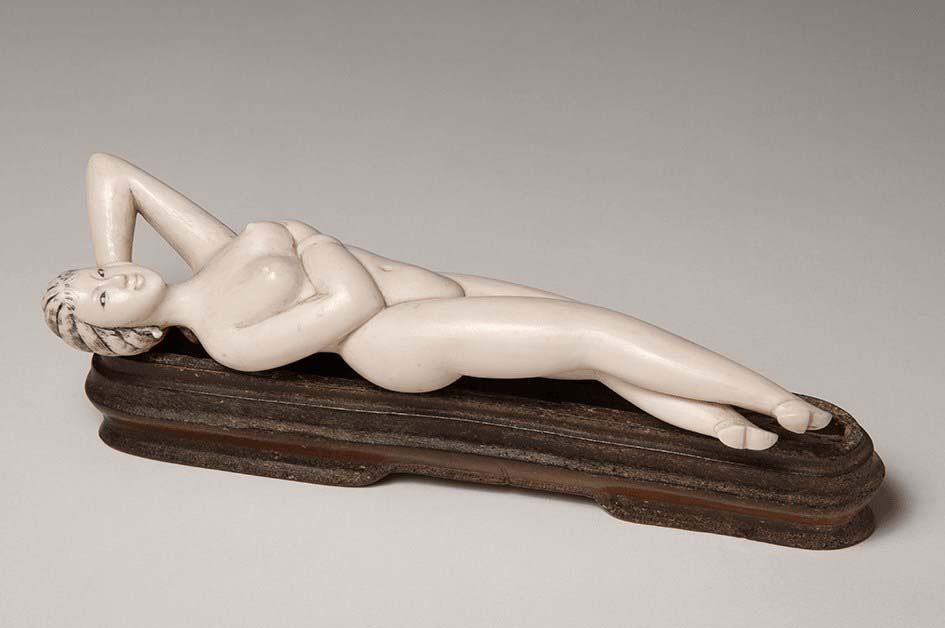 Chinese tradition forbade women from undergoing a physical examination or mentioning parts of their bodies to a male physician. Women who were from wealthy fmailies uded dolls such as this to show where their symptoms were. This item comes from the collection of Cecil Symons (1921 – 1987) who was a physician and cardiologist at the Royal Free Hospital, London. The collection is housed in the Treasures Room at the Royal College of Physicians.

Launching soon: More than 500 stunning digital images of rare books and artefacts from across the last five centuries and beyond come together with timelines and expert blogs highlighting the richness and diversity of the Royal College of Physicians’ holdings. Explore them at www.history.rcplondon.ac.uk

The Royal College of Physicians is the oldest medical college in England. Since our foundation by royal charter of Henry VIII in 1518, the RCP has built up magnificent collections of books, manuscripts, portraits, silver, and medical artefacts. Visit us to experience extraordinary historical and ceremonial spaces set inside a…