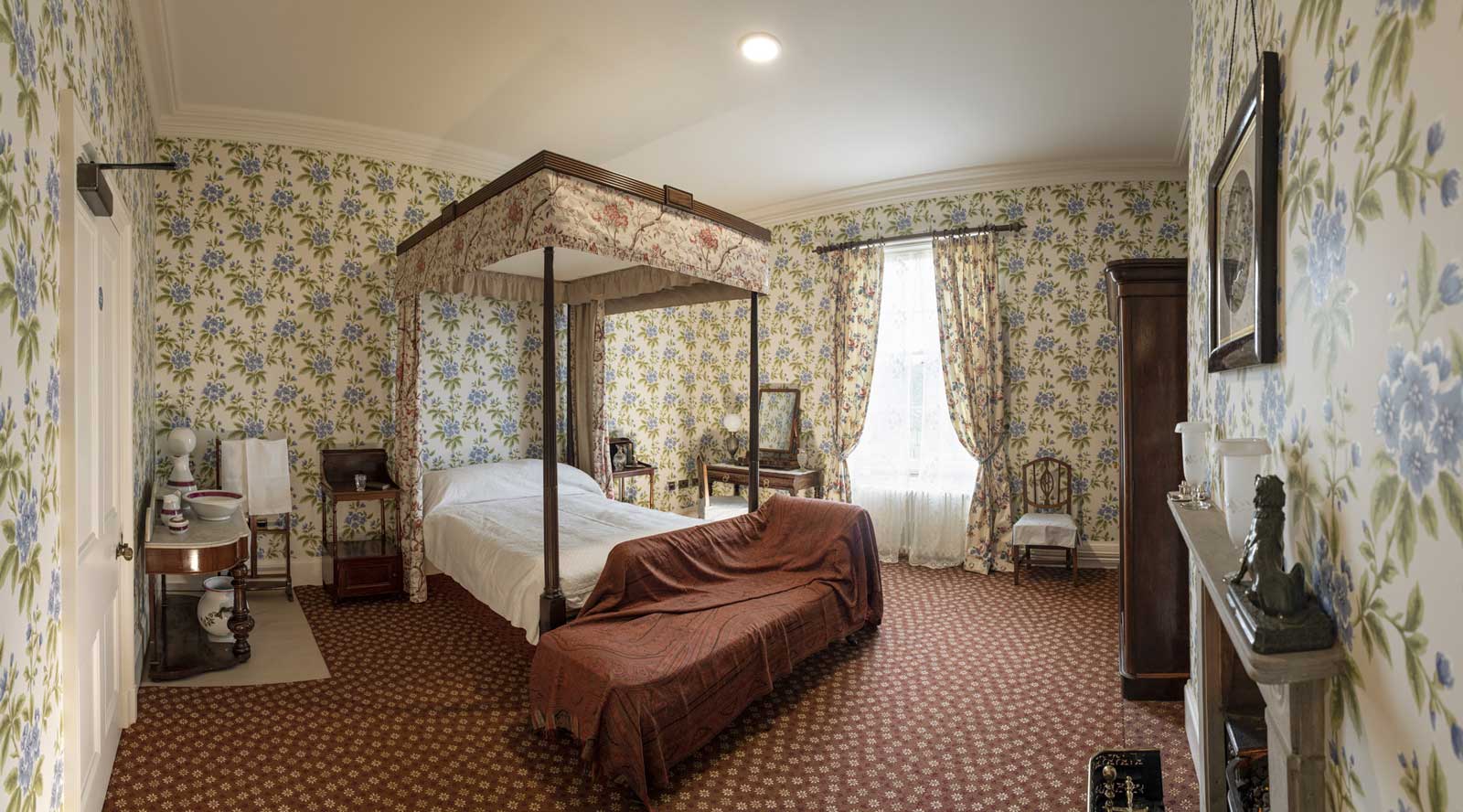 From the charged atmosphere of Keats’ Hampstead boudoir to the simplicity of the newspaper-covered walls at Wordsworth’s Dove Cottage, there’s an intimacy to be found in the sleeping quarters of historic writers’ houses that somehow brings us closer to the starred lives of their former occupants.

Now there’s a new literary bedroom to help fire the imagination as Elizabeth Gaskell’s House opens following its lockdown closure with the meticulously recreated Victorian bedroom of the Cranford author.

Elizabeth Gaskell (1810 – 1865) lived at Plymouth Grove in the then leafy southern fringes of Manchester with her husband – the Unitarian Minister William Gaskell – and their family from 1850 to 1865. The house was the place where she produced much of her later work and it became a literary and social hub for reformers, artists and authors from Manchester and beyond.

The Elizabeth Gaskell bedroom project is the latest phase of a sympathetic restoration bringing the house back to its former glory since it opened to the public in 2014. 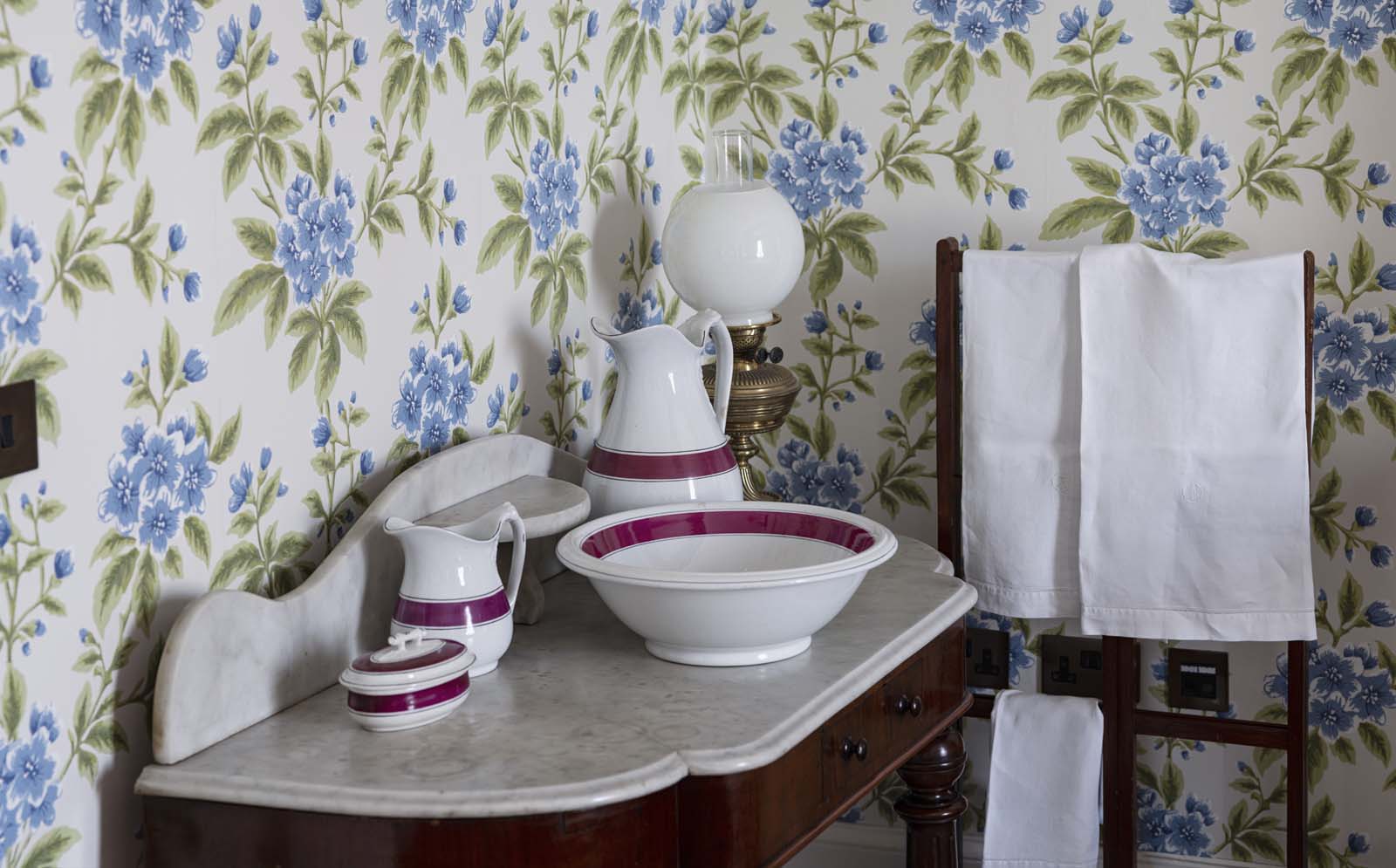 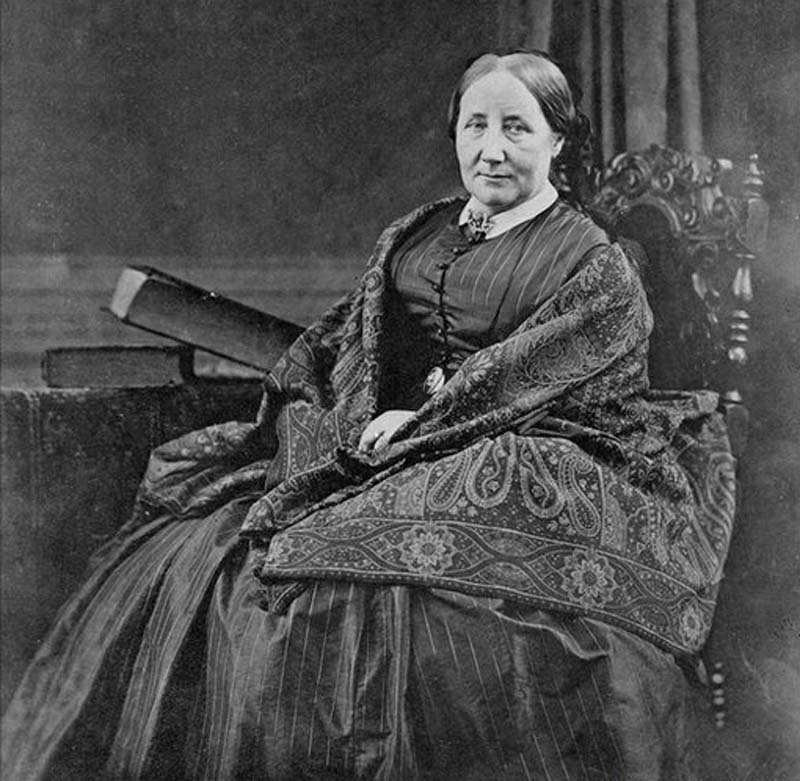 Launched not long before the Covid-19 pandemic, which added to the challenges faced by the small volunteer team that has carried out the work over the last 12 months, the bedroom project has transformed a blank canvas into a beautifully reimagined room.

The starting point for the endeavour was the 1914 auction catalogue produced when the house was sold following the 1913 death of Elizabeth’s daughter Margaret Gaskell (known as Meta) who was the last Gaskell to live in the house.

“This gave us lots of clues of what we should be looking for together with our own extensive research,” says volunteer and Trustee Adam Daber of the fascinating catalogue. “But even with that we found that we had to take a number of U-turns in a search that became global in its scope. The bed and the carpet created the biggest challenges, but now also help to create the wow factor when you walk in the room.”

The four poster bed is attributed to master makers Gillows of Lancaster and was made circa 1785, reflecting the fact that it is likely that some of Elizabeth’s own furniture may well have been second hand or family heirlooms. Many hours went into the research of this piece and many more into its construction, before a polish of beeswax.

It was also known that Elizabeth’s preference throughout the house was for fitted carpets, and the team were fortunate to find one of the last pieces of Yorkshire made ‘Brussels’ looped carpet, which has been specially hand-stitched in panels just as it would have been in 1860.

Elsewhere the bedroom has been designed in vibrant colours, including vivid shades of cornflower blue and deep rich reds, as was the taste in the Victorian period.

“The fabrics, both in colour and texture, help to make this room and I’m overjoyed at the results,” adds volunteer and trustee Jane Baxter who was involved in sourcing much of the fabric that visitors will see in the room. But there is one aspect that has eluded her search.

“I have an ongoing quest for items that will enable us to illustrate that this was also William Gaskell’s bedroom, so my search continues for suitable Victorian men’s clothing and personal items.”

Finishing touches to the room do however include two nightstands upon which visitors will be fascinated to see a selection of bedtime reading for both Elizabeth and her husband William who as well as being the minister at Cross Street Chapel was the Chairman of Manchester’s Portico Library. 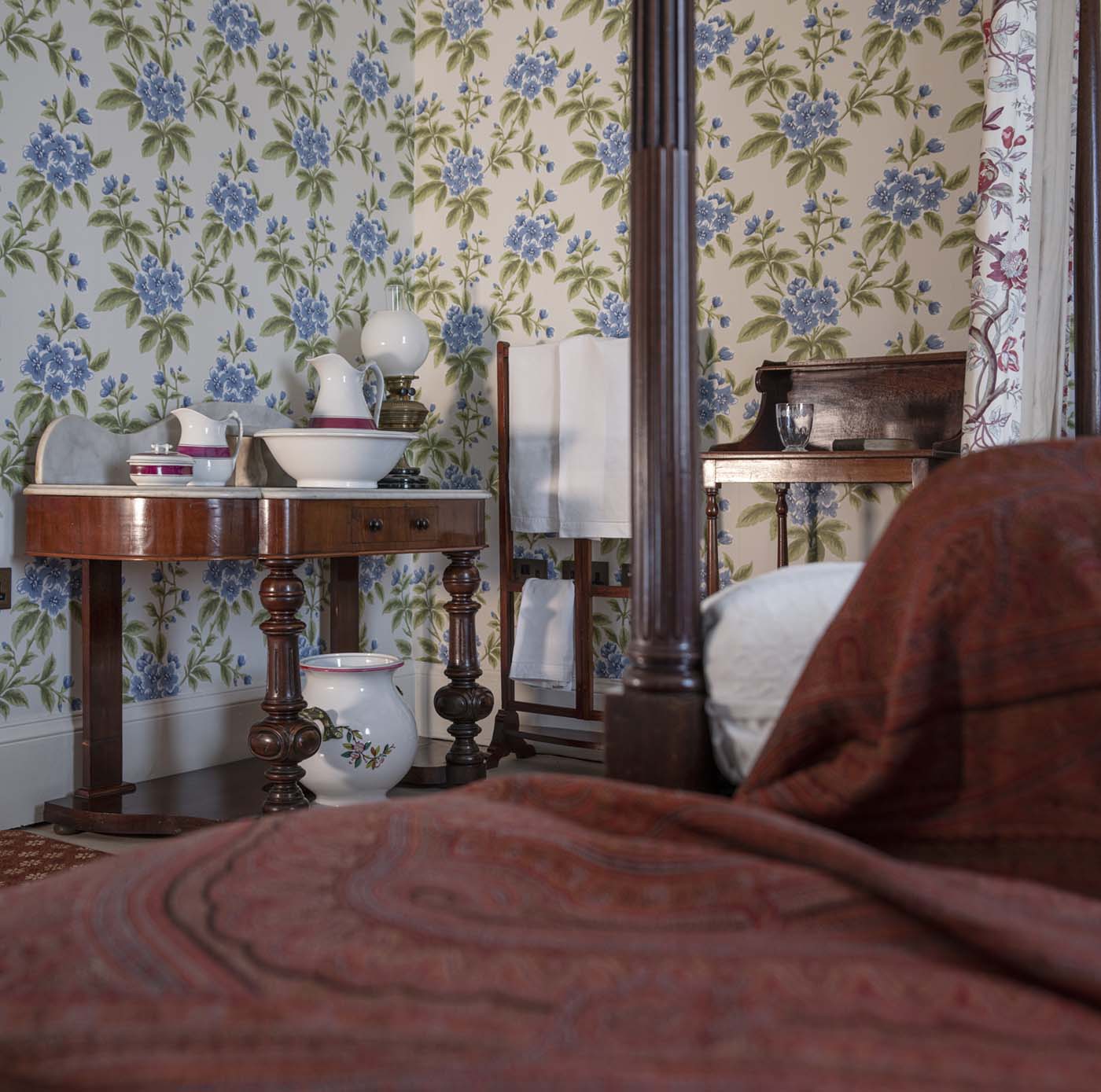 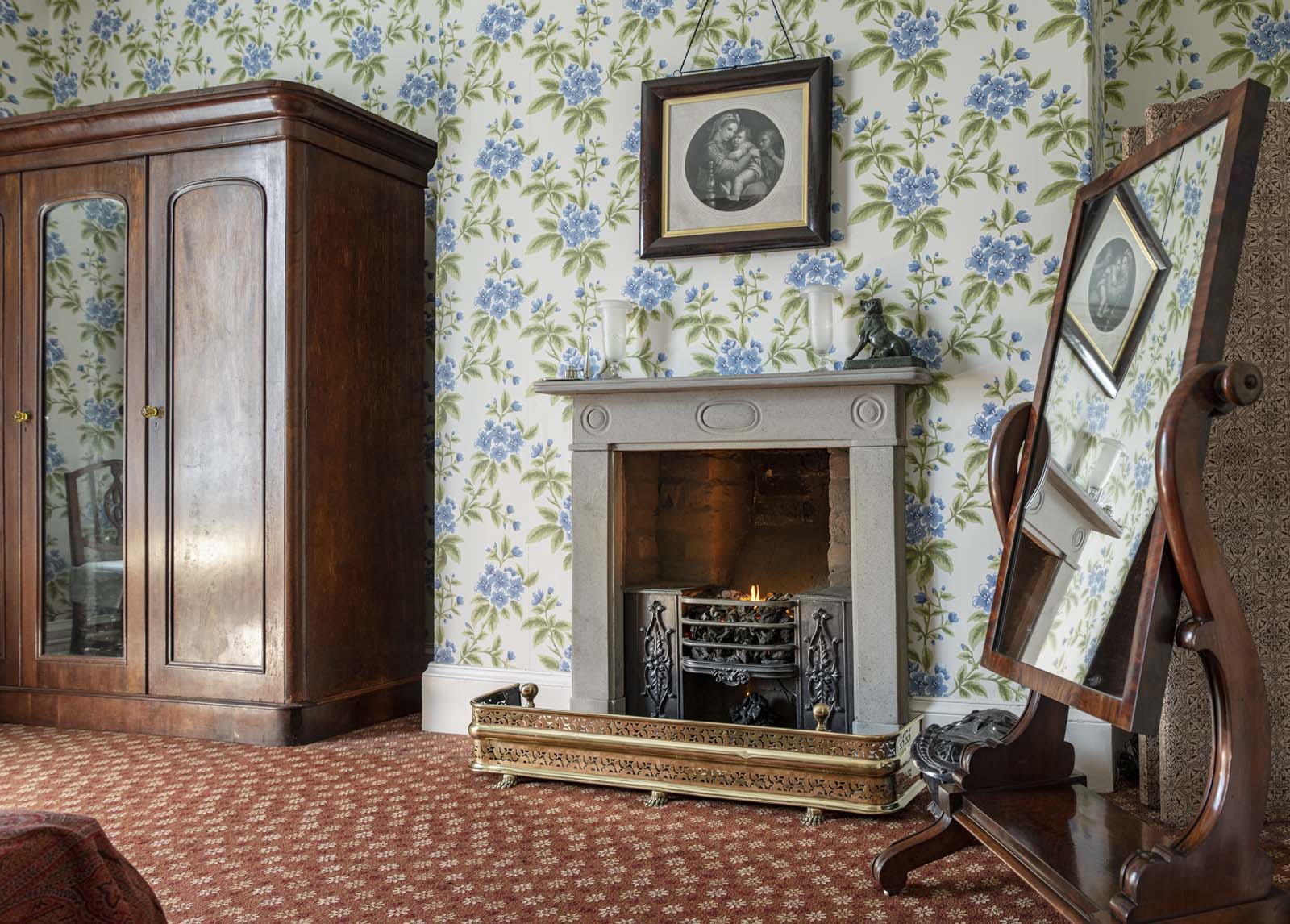 Visitors to the couple’s bedroom will find a comfortable, light and spacious room, but it’s not the largest bedroom in the house; Gaskell saved the biggest for guests, which included fellow writer Charlotte Bronte.

Research also revealed that she had favourite writing spots throughout the house, and it is thought that Elizabeth’s bedroom would have been one of these, whether for writing short stories or catching up on her correspondence.

Having moved into the house just the year before Cranford’s publication, when the youngest of her four children was only three years old, the house is from a period in the Gaskell biography that saw more of her work published, her husband’s involvement in Owens College and many other Manchester institutions, a trip to London for a portrait sitting with George Richmond and visits to the house from Bronte, Charles Dickens, John Ruskin and other celebrities.

Prized pieces that will also go on display with the bedroom include an original hooded cape, lace gloves and lace shawls all belonging to Elizabeth and her daughters and which are on loan from the Gaskell Family, who have given the latest restoration their unequivocal blessing.

“Mrs Gaskell’s bedroom will draw visitors to another dimension of the house,” says Sarah Prince, Elizabeth Gaskell’s great, great, great granddaughter and a huge supporter of Elizabeth Gaskell’s House. “We are treated to not just the public rooms of this wonderful Victorian home, but a private and intimate space that would have nonetheless been at the heart of her home.

“Whenever I walk up the steps and through the front door, I wonder anew at the lives of my ancestors that were lived in this house. Now the journey up that beautiful staircase under the clerestory window will elevate us to another level, encompassing the essence of Mrs Gaskell into the whole house.

“Thinking of Mrs Gaskell’s own reaction to the project, in her day I think that she would have been horrified by the thought of visitors to her bedroom, famously known for being a very private person. But I feel that were she a time traveller, and as a forward thinker, she would see the benefit of the conservation, restoration, education and enjoyment that her house gives to others.” 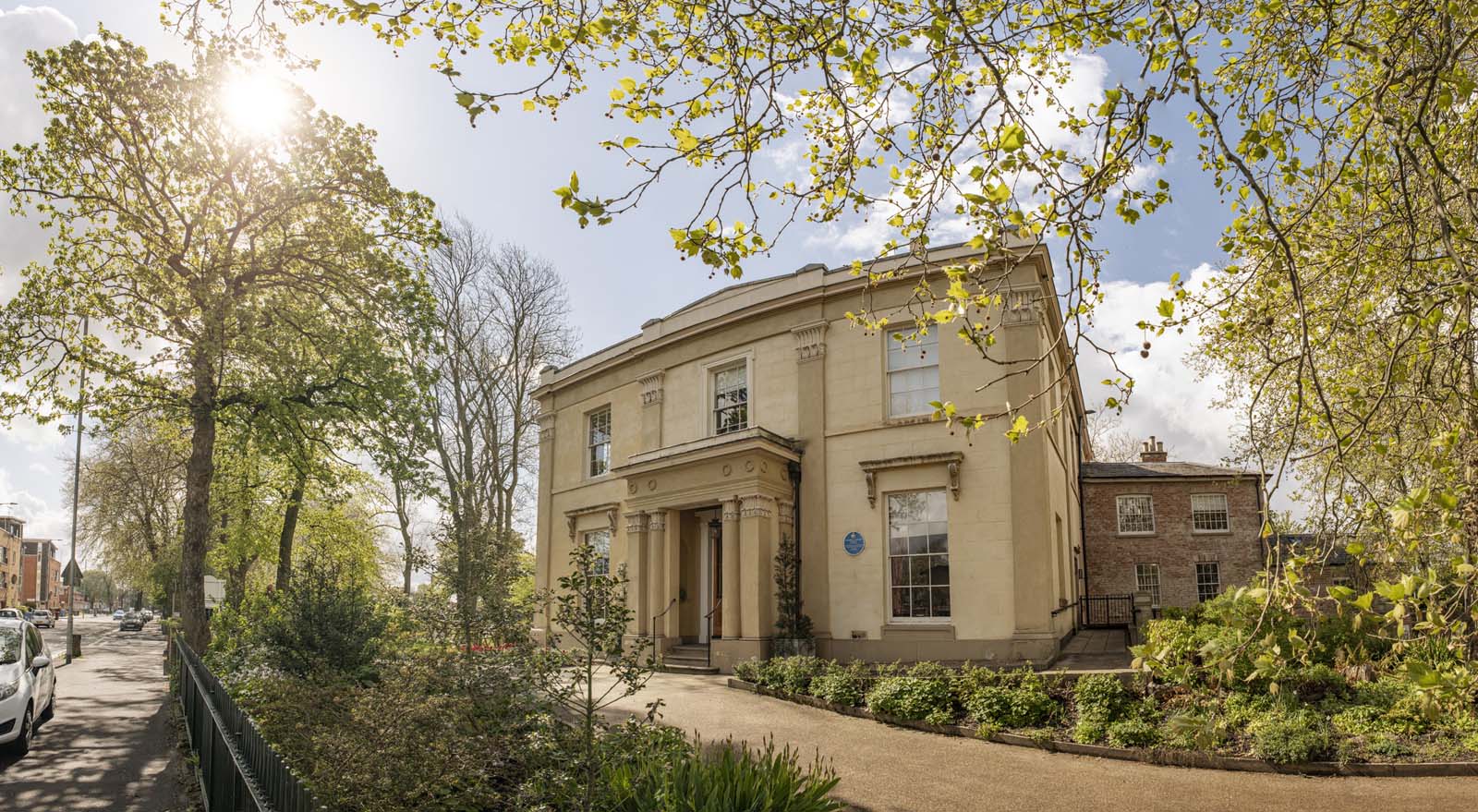 Visitors to the House will also be treated to a new exhibition A Love Affair with Cranford (until April 30 2022), which explores Gaskell’s most enduring novel through costumes and a family trail.

Elizabeth Gaskell’s House reopens from Wednesday May 19 2021 and will then be open every Wednesday, Thursday and Sunday from 11:00am to 4:30pm. 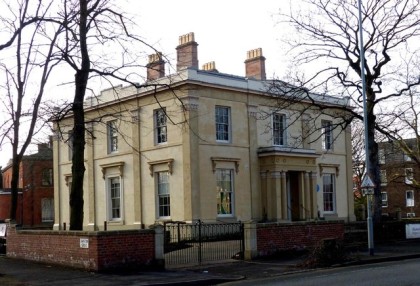 84 Plymouth Grove Manchester ‘We've got a house...it certainly is a beauty...I must try and make the house give as much pleasure to others as I can.’ Elizabeth Gaskell, in a letter to her friend Eliza Fox in 1850. The House, a Grade II* listed property, was built between 1835-1841…

One comment on “Take a look inside Elizabeth Gaskell’s bedroom”