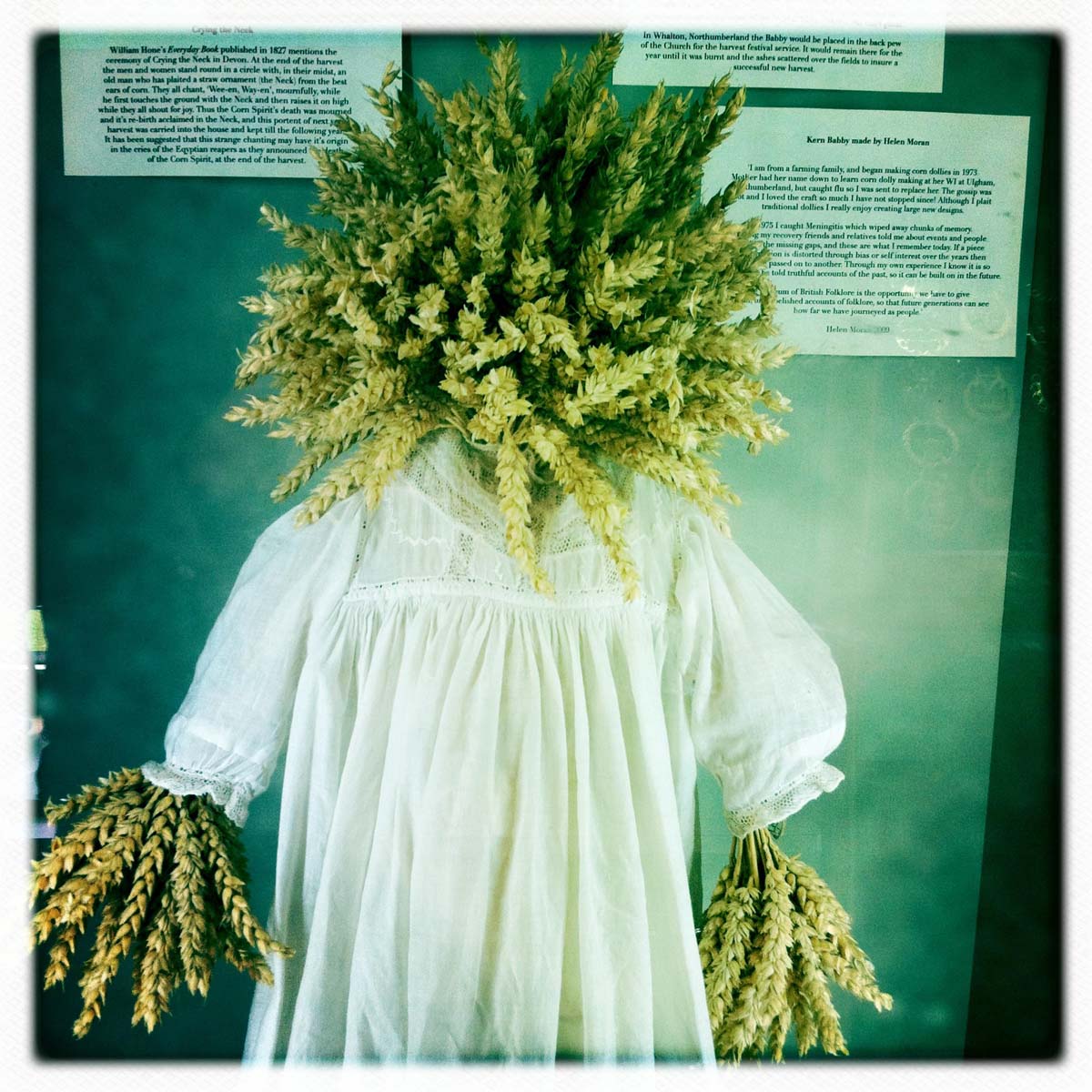 A Corn Dolly ‘Kern Babby’ made by Helen Moran on display at the Museum of British Witchcraft. Photo Simon Costin

Simon Costin, Director of the Museum of British Folklore, on the magic and mystery of corn dollies

For me, Corn Dollies are representative of something that is familiar, but on the other hand there’s something vaguely unsettling about them. There’s a sacrificial aspect to them; this figure embodies the corn spirit that is then destroyed in order for the crops to be renewed, which is an idea that runs through everything from films like The Wicker Man to lots of contemporary thoughts around folk magic.

As a basic definition they are either a symbol, a figure or a representation of an animal made out of straw work. They’re very much an old harvest custom, because that’s when the straw or the corn was available. It’s a European tradition; there are examples that go back to 7th century Flanders and in Germany there are a lot of records of corn dollies being produced.

Often it was allowed to sit in the last pew of a church because, even though the clergy frowned on the practice, it was something that rural people did – so it was embraced to a certain extent and is very much a part of those harvest festival traditions. But who knows whether it is older than that because obviously it wasn’t being recorded – as is so often the case. 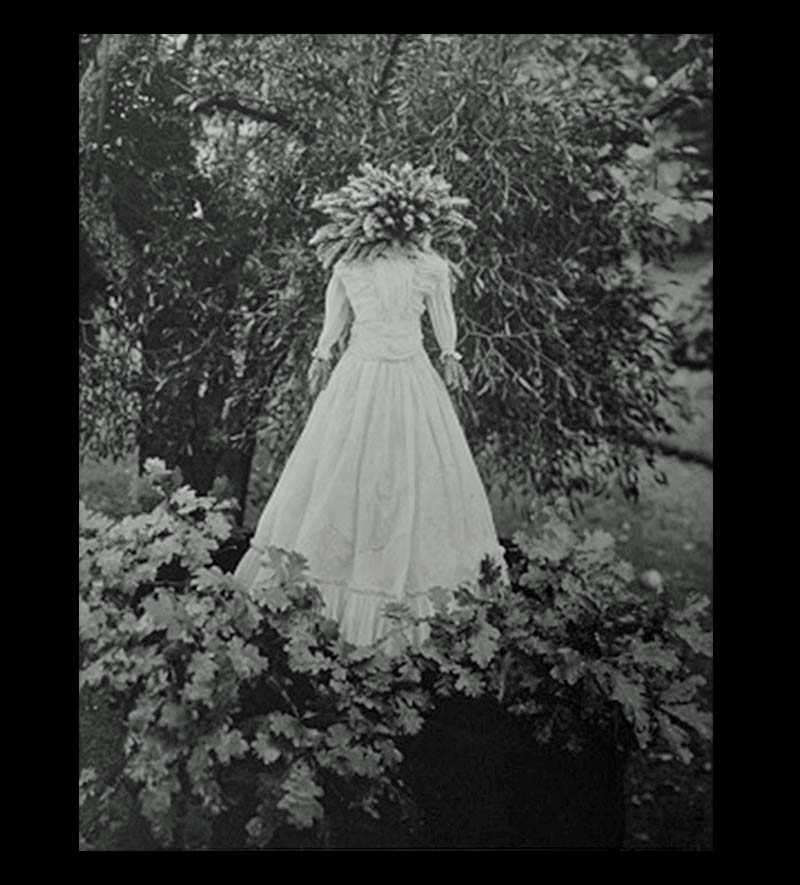 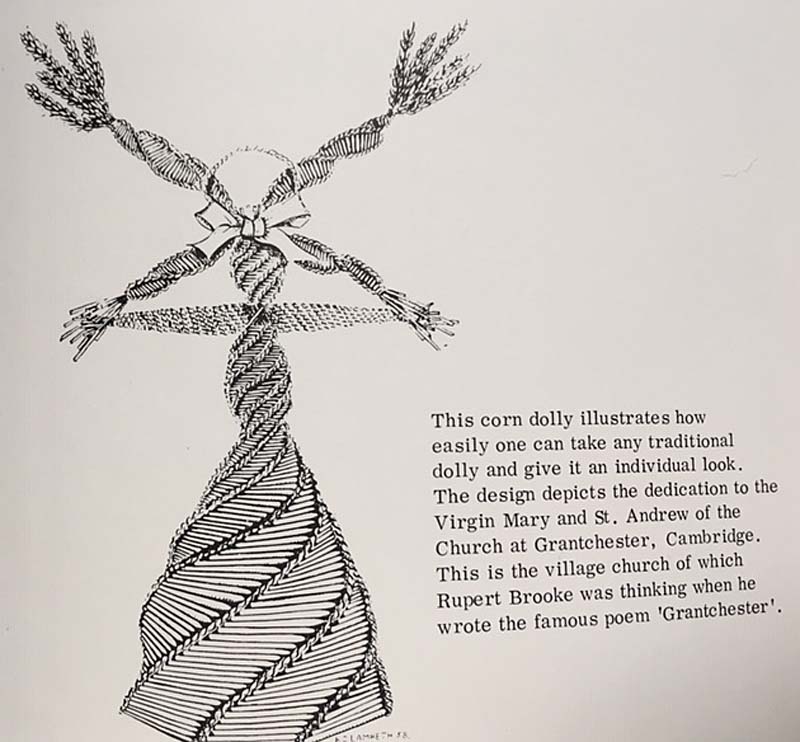 An Illustration and instruction from RC Lambeth’s A Golden Dolly, The Art and Mystery of Corn Dollies. Courtesy the Museum of British Folklore 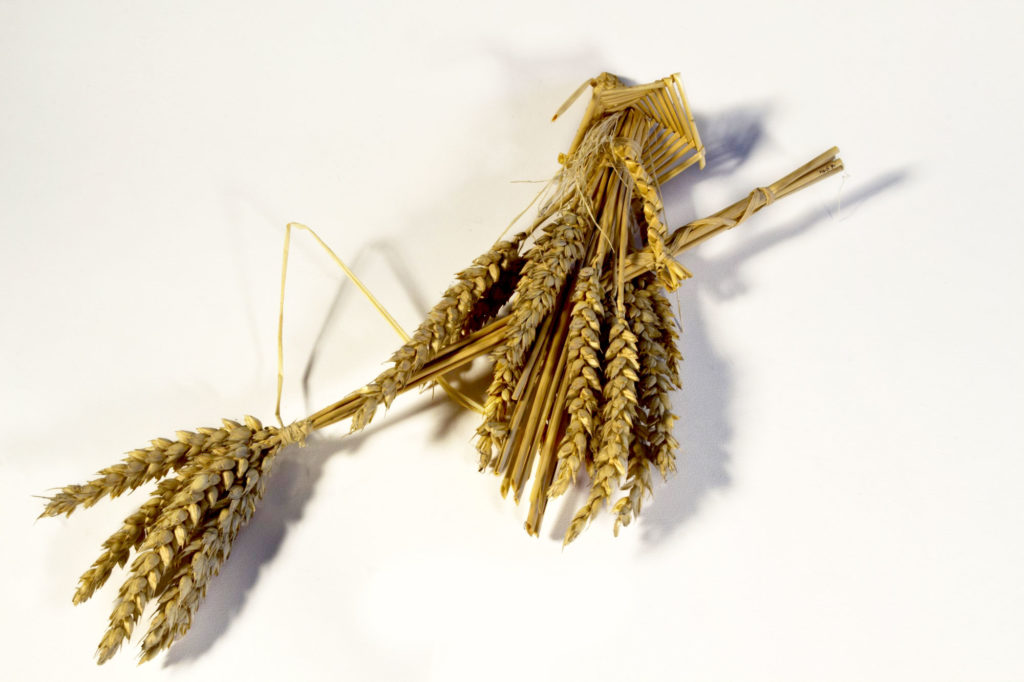 A charming corn dolly witch on broomstick at the Museum of Witchcraft. Copyright Verna Bailey

There are lots of traditions that record the embodiment of the spirit of the corn in a figure, which would be kept and then at the end of the year burnt and the ashes distributed across the fields, or the figure itself broken up and ploughed back in to ensure a good crop when it was time to sow the corn. You can look at Demeter, the Greek goddess of the harvest, or Isis, the goddess of fertility in Egypt who was often represented by corn figures, or Ceres, the corn goddess in Rome. All of those things are pre-Christian, but whether or not there is a link – we don’t know. Personally I think it’s highly likely, although it depends on which folklorist you talk to.

“Crying the neck still happens all over Devon and Cornwall”

There are several traditions in the UK that point towards the spirit of the corn being trapped within the last sheaf that’s cut and how important that is. In Devon and Cornwall where the Museum of Witchcraft is, there are quite a lot of customs. There’s one called ‘Crying the Neck’, which takes place at the end of the harvest festival.

The ‘neck’ is a big handful of the last sheaf of corn and the harvester or cutter holds this up and says, “I have ‘em, I have ‘em, I have ‘em” three times, and then the rest of the people cry out, “what have ‘ee, what have ‘ee, what have ‘ee?” And he replies, “A neck, a neck, a neck!” The neck is bound with ribbons and then kept, for the year, which is a lovely tradition – and it still goes on. You’ve still got crying the neck happening all over Devon and Cornwall.

So Corn Dolly making still happens. If you think of European Christmas decorations, they often use plaited corn work and straw work, it’s never gone away but it’s harder to do now. Gillian Nott of the Guild of Straw Craftspeople is a friend of the Museum of British Folklore, and she finds it harder and harder each year because the long variety of corn they traditionally use isn’t really grown anymore because it doesn’t cut as well; they use a much shorter strain of corn that has to be cut with a combine harvester. But Gillian knows several farmers who will plant an acre of the long corn for her to use throughout the year. 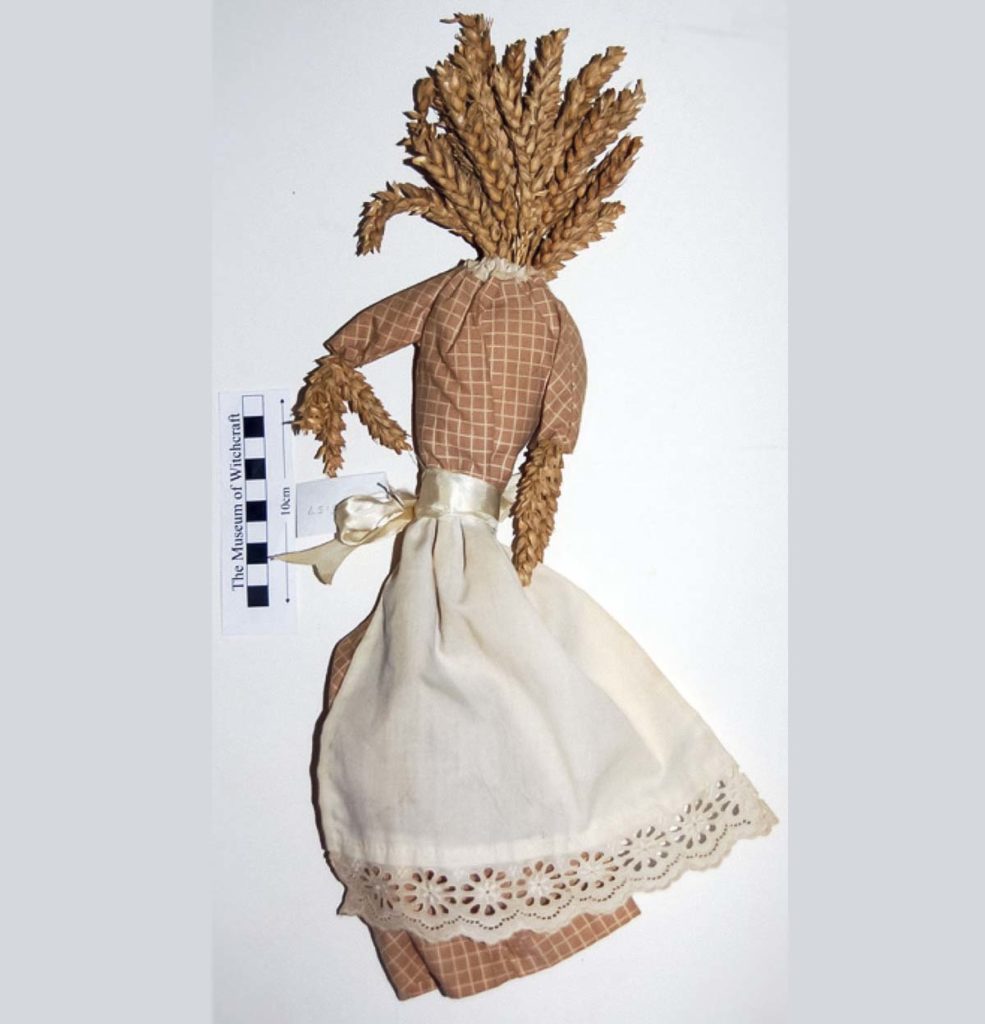 A Kern Babby, part of a collection of magical objects that belonged to Iain Steele. 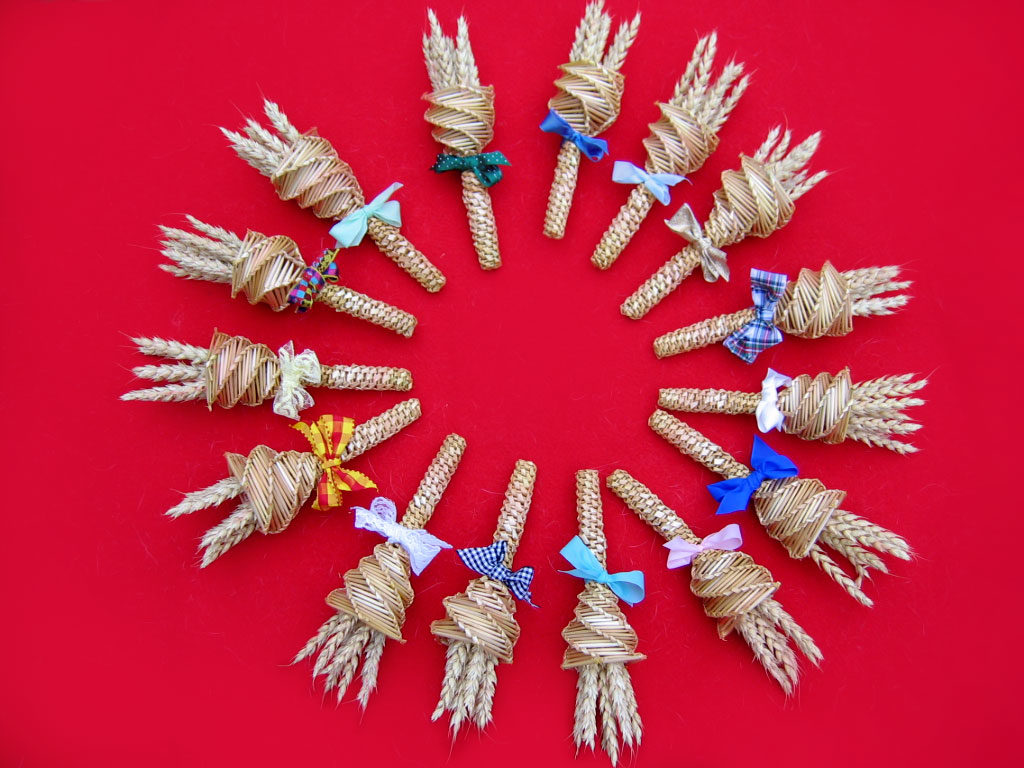 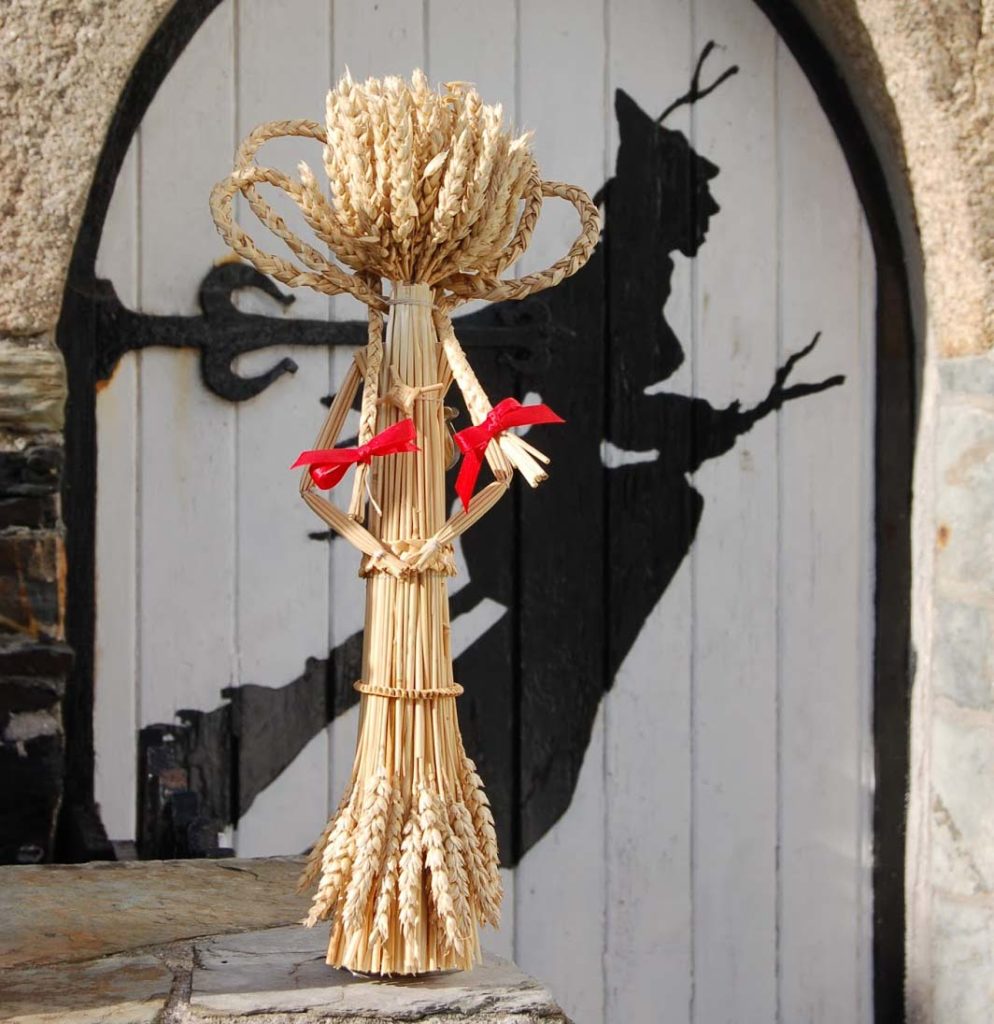 Traditionally each county has its own corn straw work design and there are hundreds of designs for what I sometimes hasten to call a “corn dolly” because it’s not really a dolly, but various knots – some in the form of spirals or a horseshoe or a heart.

There’s also what were called ‘favours’, or ‘countrymen’s favours’, which would be made by a young man to give to his beloved – so it wasn’t gendered in that way. These often feature a heart-shape or circle tied with ribbon for eternity; they are very symbolic and representative of love. The Festival of Britain had some wonderful examples of these in the Barbara Jones exhibition ‘Black Eyes and Lemonade’ which was held at the Whitechapel Gallery in 1951. There was also an amazing collection made by the late Ella Carstairs who had a little museum in Norfolk called the Straw Museum and we’re desperate to know what actually happened to that collection.

But all those traditions under the umbrella of corn work and straw work are of interest to us – and particularly the stories. Enid Porter wrote a book on Cambridgeshire Folklore in 1969 and she collected quite a few stories of people in the area, mostly men who were harvest farmworkers, who would plait various straw pieces and keep them.

Gillian Nott has offered to actually start making a bigger collection for us because the thing with corn work, of course, is it’s very fragile. We have some glory braids, a harvest cross corn maiden, which is a circular piece with an array of corn heads hanging underneath it, and a few corn maidens made by Victoria Musson. 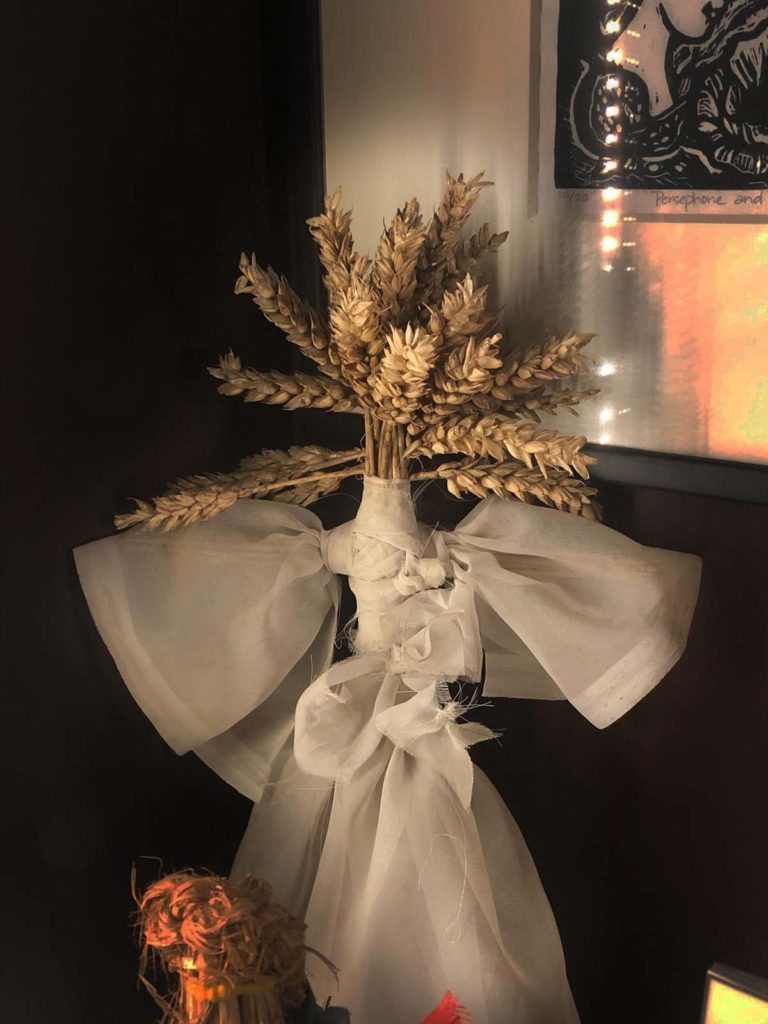 Another Corn Dolly at the Museum of Witchcraft. Photo Simon Costin. 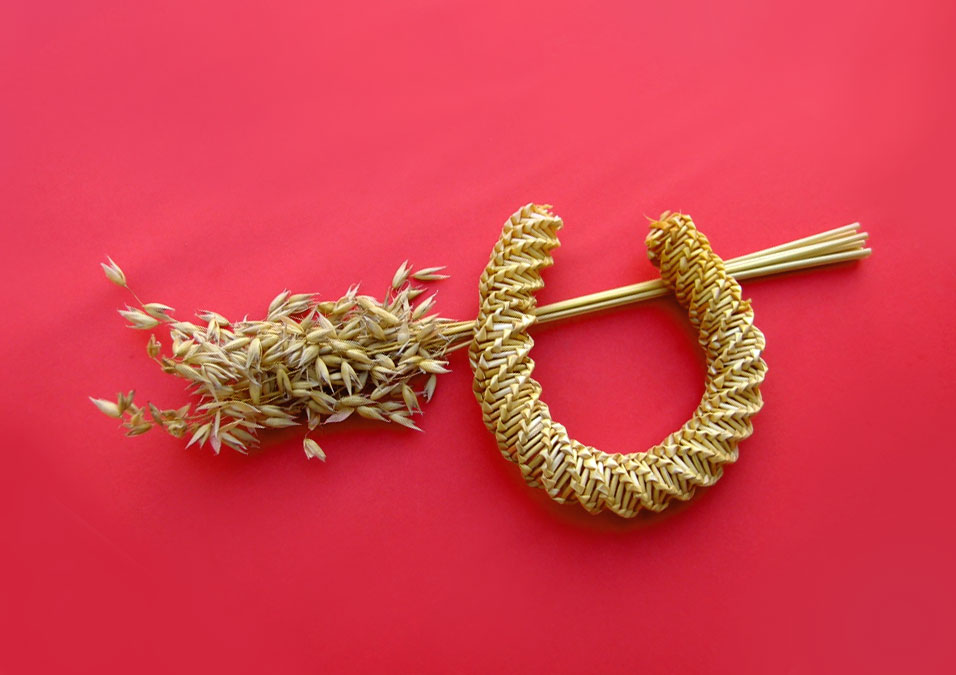 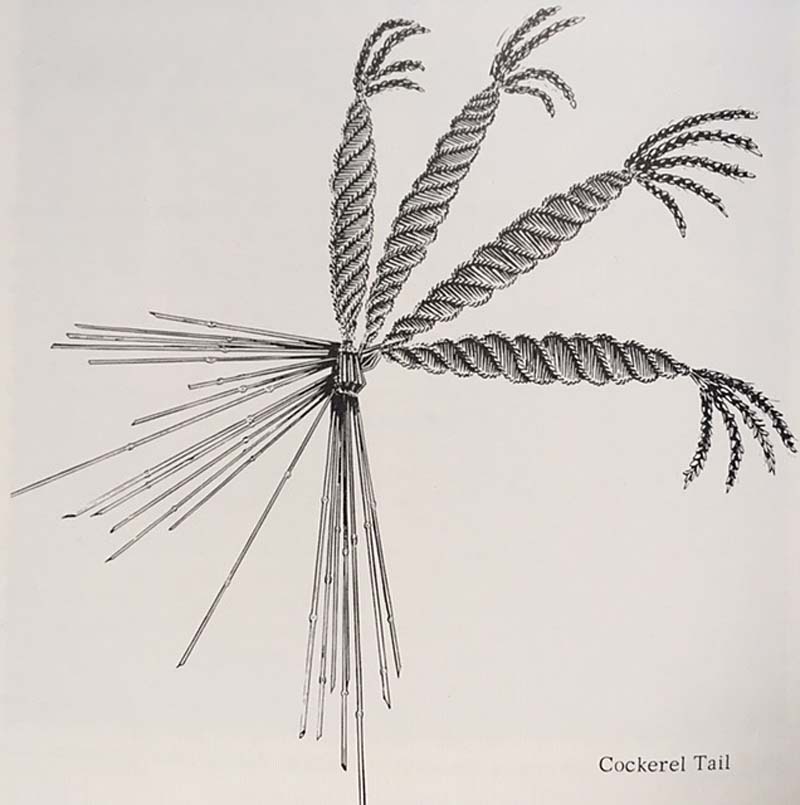 Another Illustration from RC Lambeth’s A Golden Dolly, The Art and Mystery of Corn Dollies. Courtesy the Museum of British Folklore

Victoria is a contemporary straw maker and artist who has made a number of corn dollies that take the tradition and reimagine it. She’s like a fecund earth mother figure and she’s always making these very robust straw goddesses. She did a performance piece outside the Museum of Witchcraft and Magic last year on Midsummer’s Eve where she burnt two enormous straw figures in the harbour, so she’s taken the tradition and reimagined it, if you like. It’s quite fantastic.

So for the Museum, Gillian will be supplying the more traditional, regional favours and corn dollies to represent the historic side of it and then artists like Victoria will then take that – and do what she does with it.

As to the display of them, there’s a church in Siddington in Cheshire called All Saints Church that has a harvest festival corn dolly display inside, and it’s the way in which they are presented against the dark wood in the church that I love. I remember seeing them and being absolutely blown away by them. So I think the display within the museum would be a distinct nod towards the way the Siddington harvest festival corn dollies are displayed; it’s just the abundance of them and the variety of shapes and forms that are so inspiring. 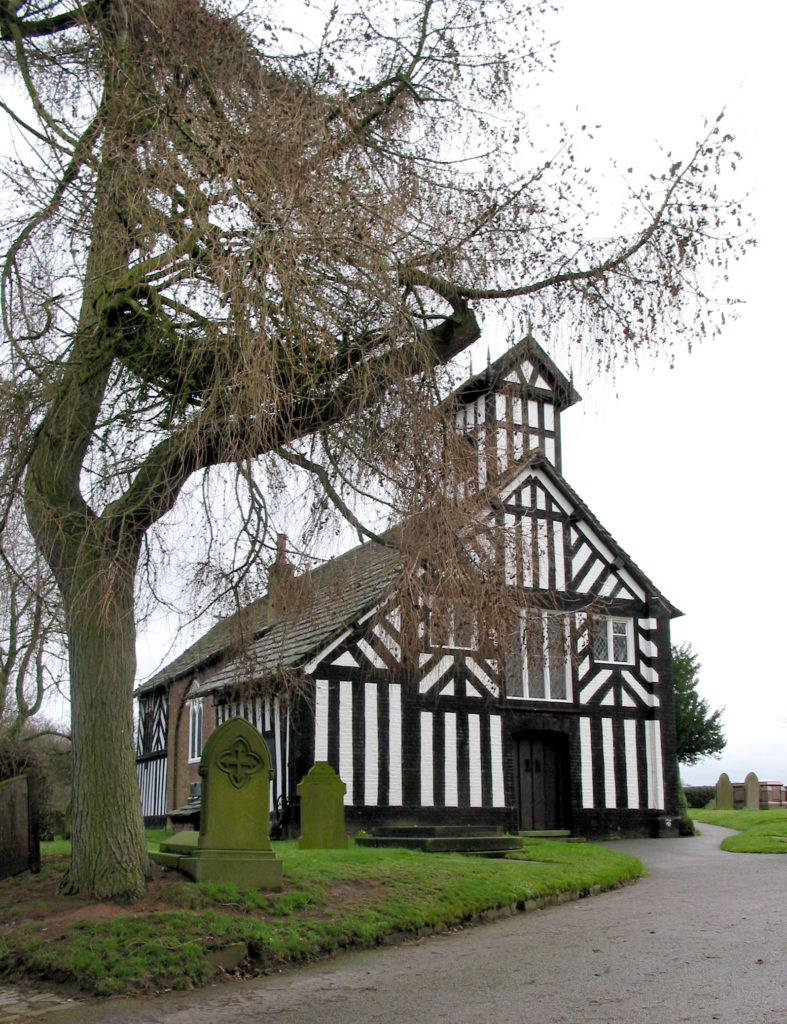 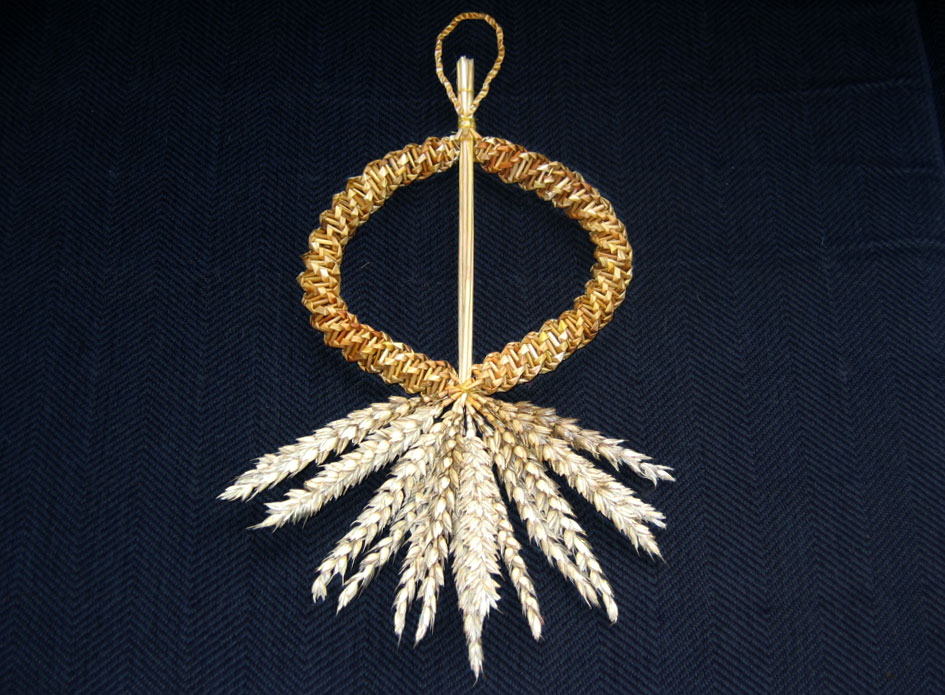 Watch a film about the Museum of British Folklore and its plans for a new permanent museum.

To make a donation to the Museum of British Folklore or find out how to help and get involved, email mofbf@clara.co.uk