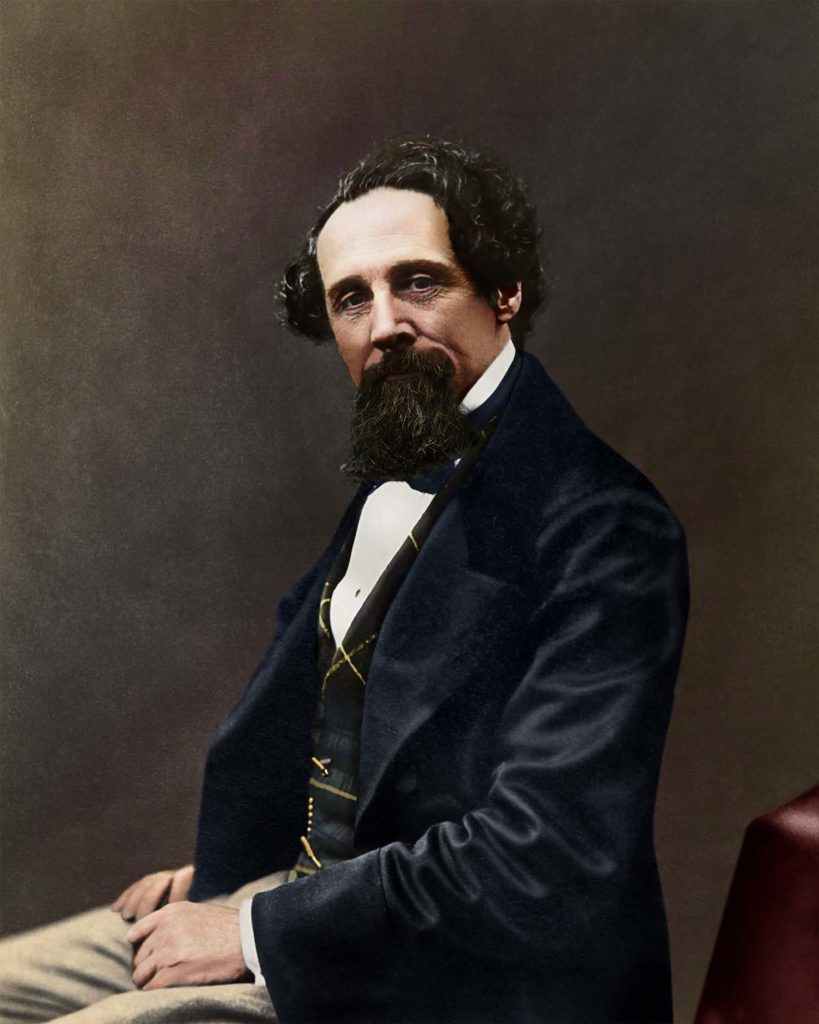 From 19 May, visitors will be welcomed into the family home where Charles Dickens wrote Oliver Twist and Nicholas Nickleby, completed The Pickwick Papers and began Barnaby Rudge.

Packed with stories the extraordinary interior of London’s Charles Dickens Museum is one of the best literary house visits in the UK and to mark its re-opening, the popular exhibition, Technicolour Dickens: The Living Image of Charles Dickens, which presents a wealth of images of Dickens, from the earliest painting to the posthumous drawing by John Everett Millais, has been extended until 16 June 2021.

Technicolour Dickens culminates in a vivid suite of colourised photographic portraits that bring visitors closer than ever to the real Charles Dickens.

The images were produced in a collaboration between the Dickens Museum and photographer Oliver Clyde who researched the details of the original portrait sessions, the clothes chosen by Dickens and the objects included. 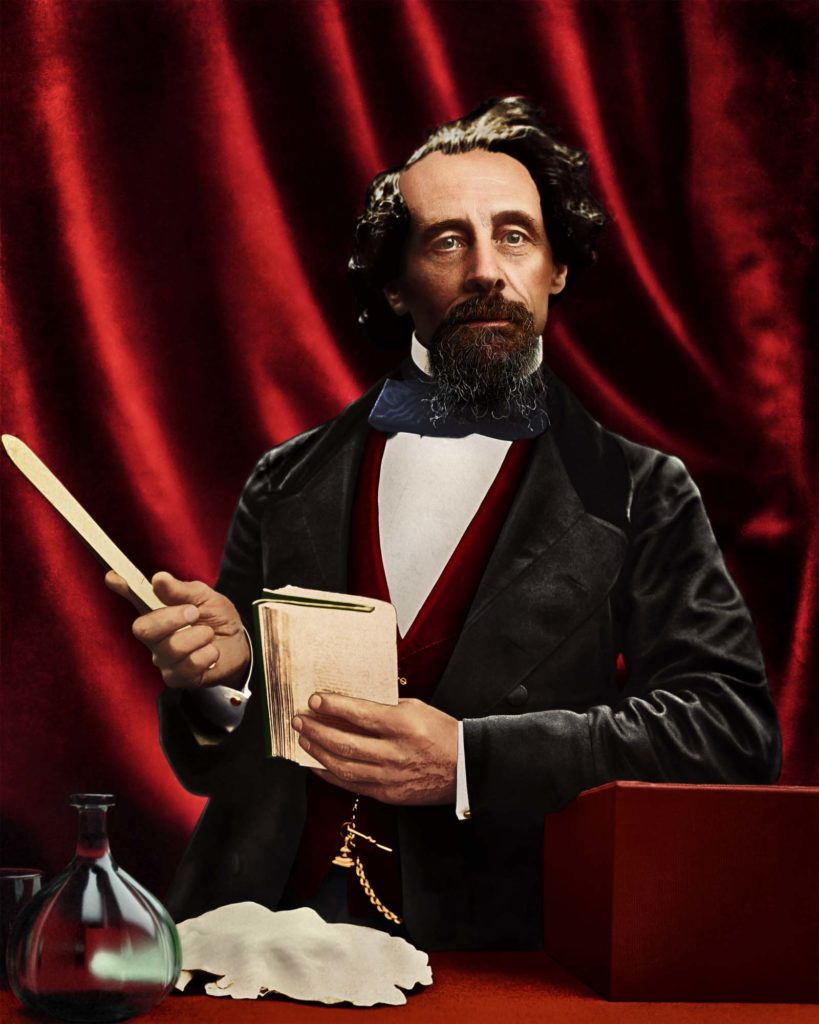 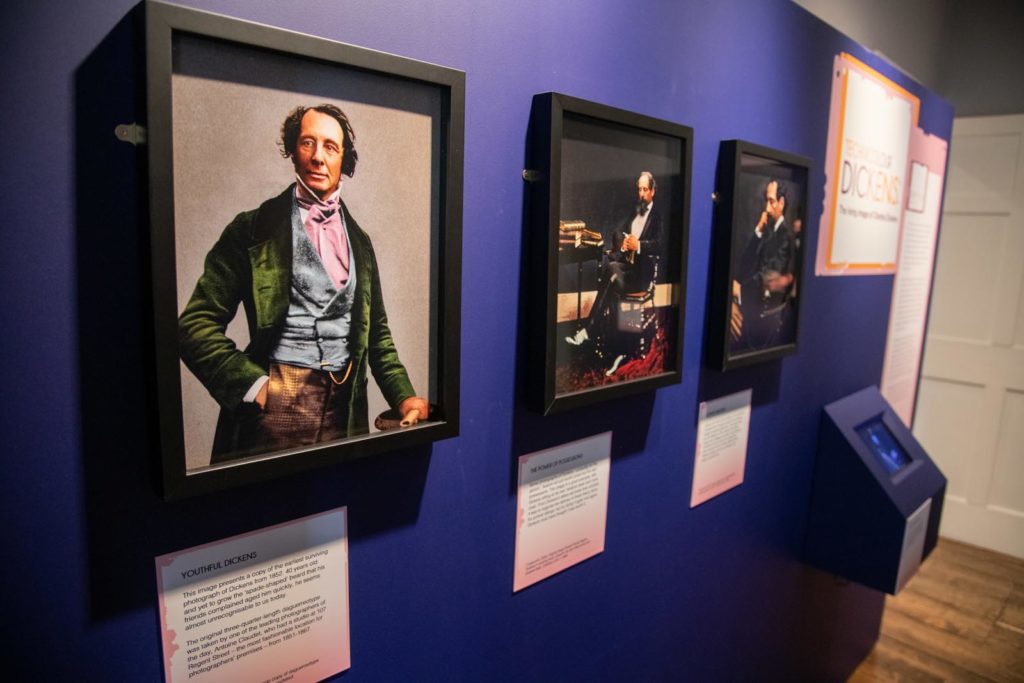 The process involved study of the complexion of two of Dickens’s great-great grandsons, Gerald Dickens and Mark Dickens, to ensure that the colourisation is as accurate as possible.

Images of Dickens were consumed and circulated as soon as he found fame, throughout his career and after his death and the exhibition features celebrated portraits by Daniel Maclise, Samuel Laurence, Alfred d’Orsay and William P. Frith. It also includes the exquisite ‘lost portrait’ of Dickens painted by Margaret Gillies in 1843, when Dickens was 31 years old and writing A Christmas Carol.

In 2017, the miniature, covered in mould, was discovered in an auction of household goods in South Africa and after conservation and provenance research by the famous art auctioneers and aptly named Philip Mould & Company in London, it was acquired by the Museum in 2019.

“We are overjoyed and relieved to be able to open the red Doughty Street door again, thanks to a grant from the Culture Recovery Fund,” says the Museum’s Director Cindy Sughrue who added that like many other venues it has been “under threat of permanent closure” since the pandemic restrictions were introduced.

“We’re relying on our local neighbours, Londoners, and the people of the UK to choose this moment to come and visit the house in which some of the great works of English literature were created. With few international visitors expected for some while, home visitors will be crucial and we hope to welcome many this year.” 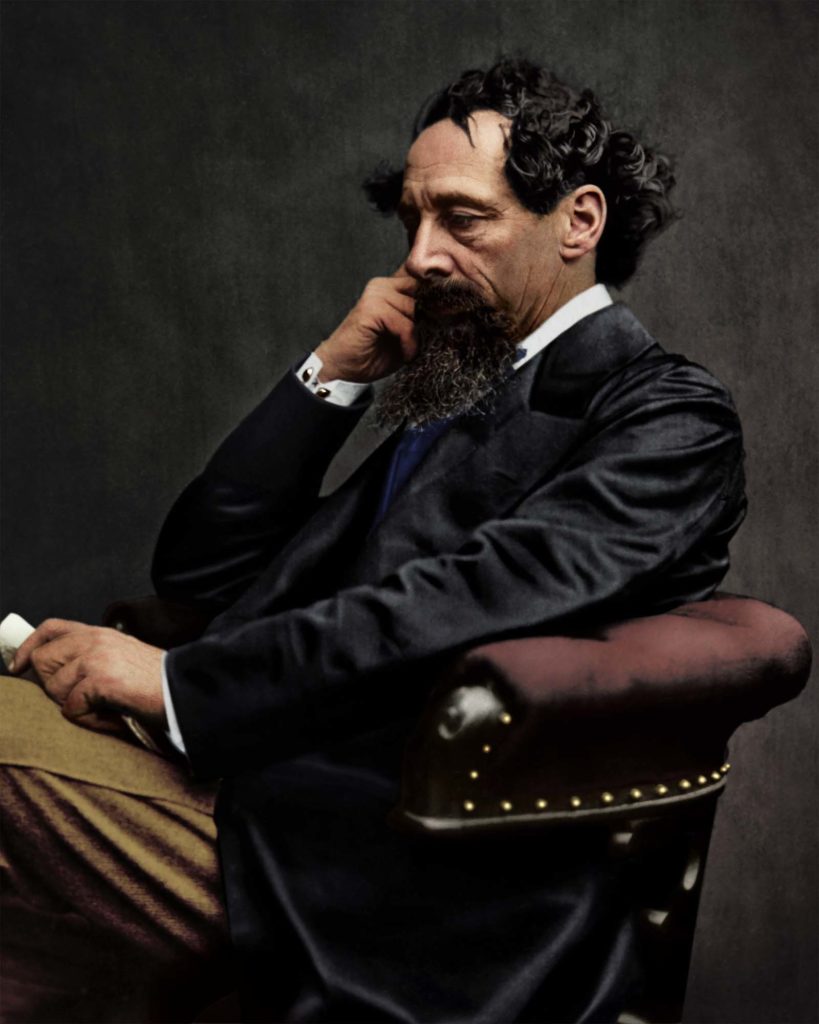 The Charles Dickens Museum re-opens on May 19 2021 – initially from Wednesdays to Sundays. The Technicolour Dickens exhibition has been extended until June 16 2021.

Number 48 Doughty Street is the only remaining London home of eminent Victorian author Charles Dickens. Dickens described the terraced Georgian dwelling as 'my house in town' and resided here from 1837 until 1839 with his wife and young family. Two of his daughters were born here, his sister-in-law Mary…