Enjoy these treasures from the Wedgwood Collection, which comprises nearly 8,000 artefacts (over 3,000 of which are on display at the Wedgwood Museum) dating back to 1759, when Josiah Wedgwood founded the company 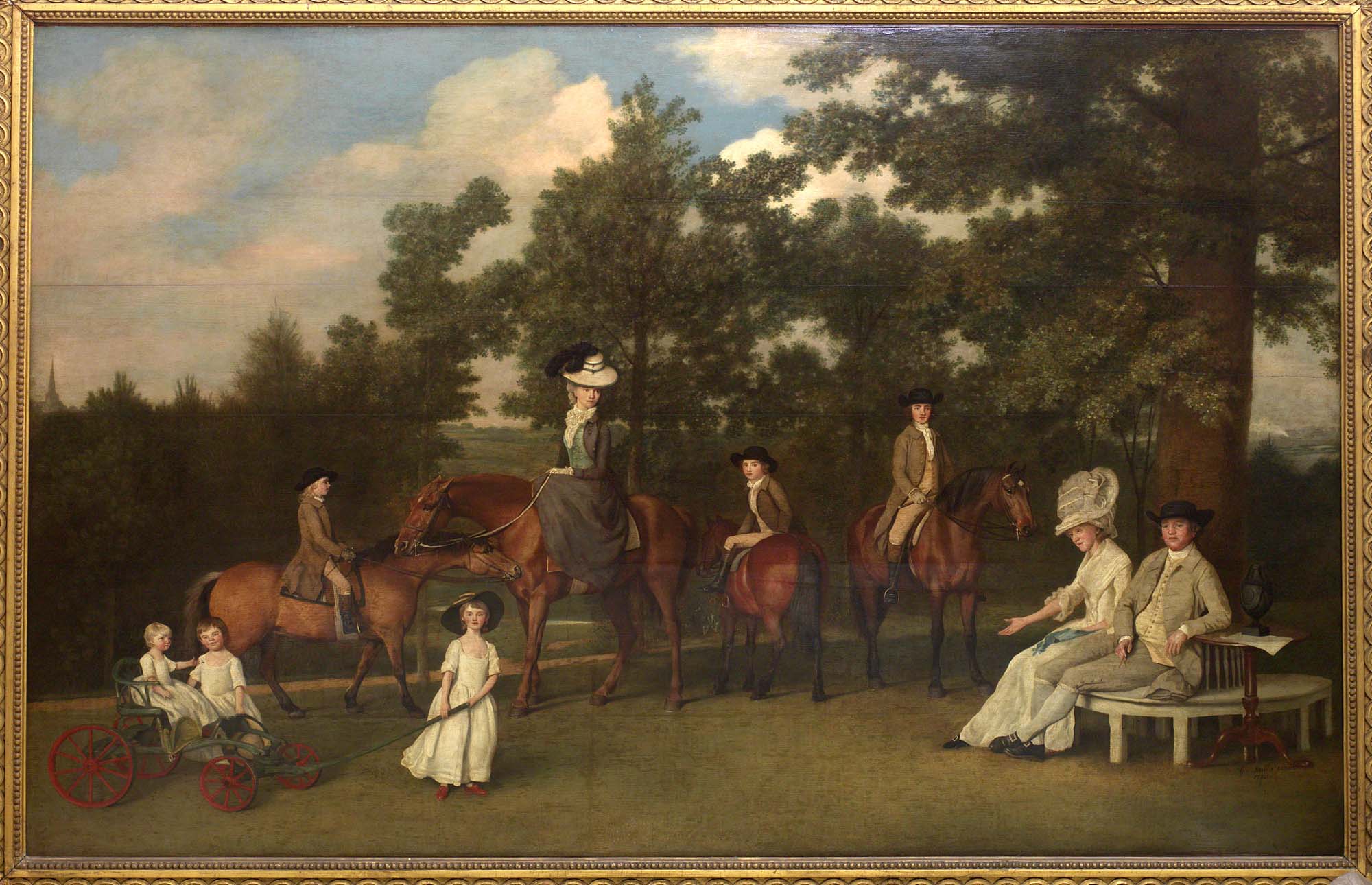 This conversation piece shows the Wedgwood family in the park of Etruria Hall. It is painted in oils on a wood panel by George Stubbs, renowned as the period’s finest British horse painter. Inscribed: Geo. Stubbs pinxit 1780. 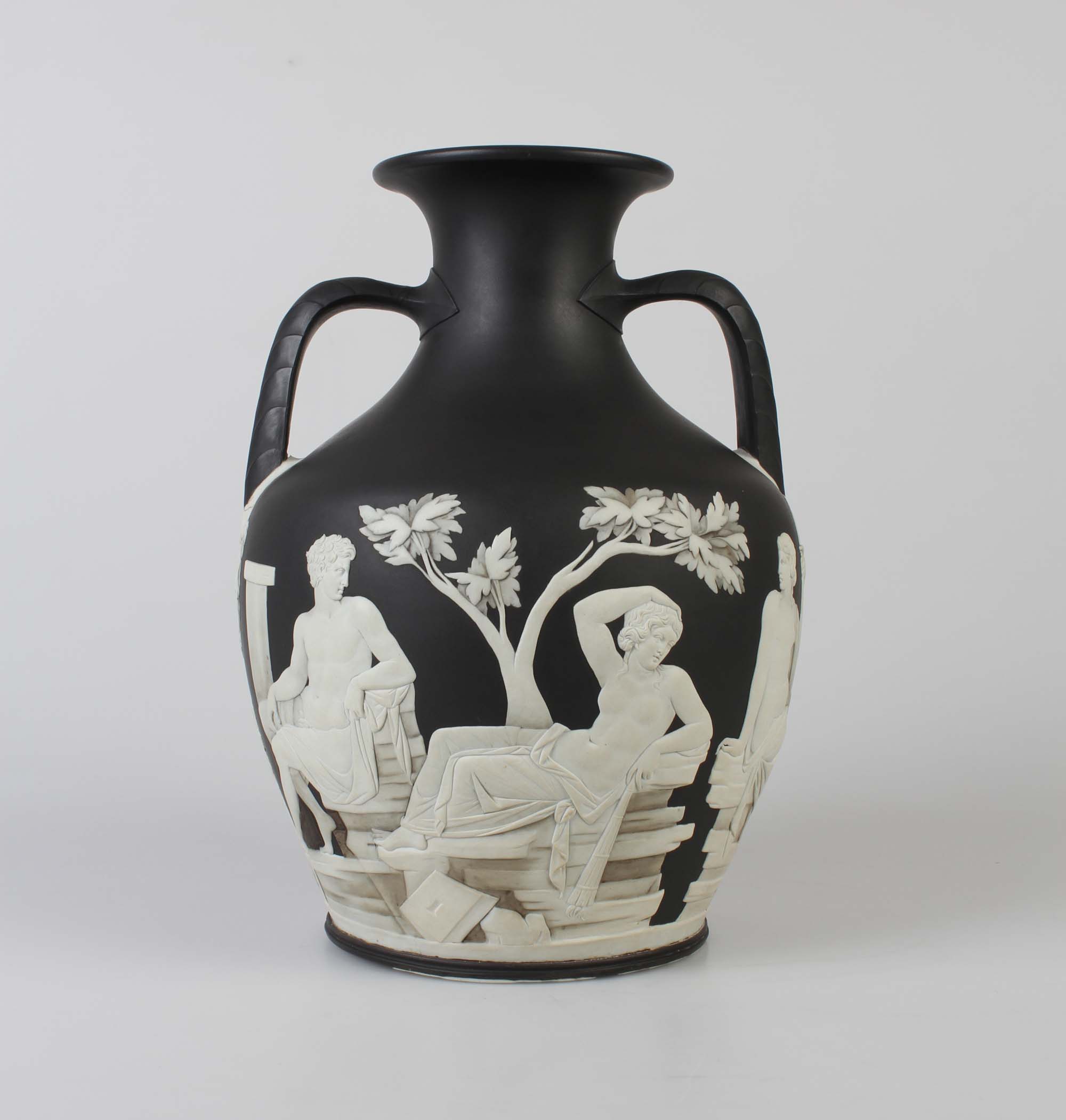 This is a replica after the famous Roman cameo-glass vase, once owned by the Duchess of Portland. It took Josiah more than three years of experimentation and trials before the first perfect copy was made in October 1789. Wedgwood’s copies of the Portland Vase are considered some of the greatest technical achievements of the potter’s art. 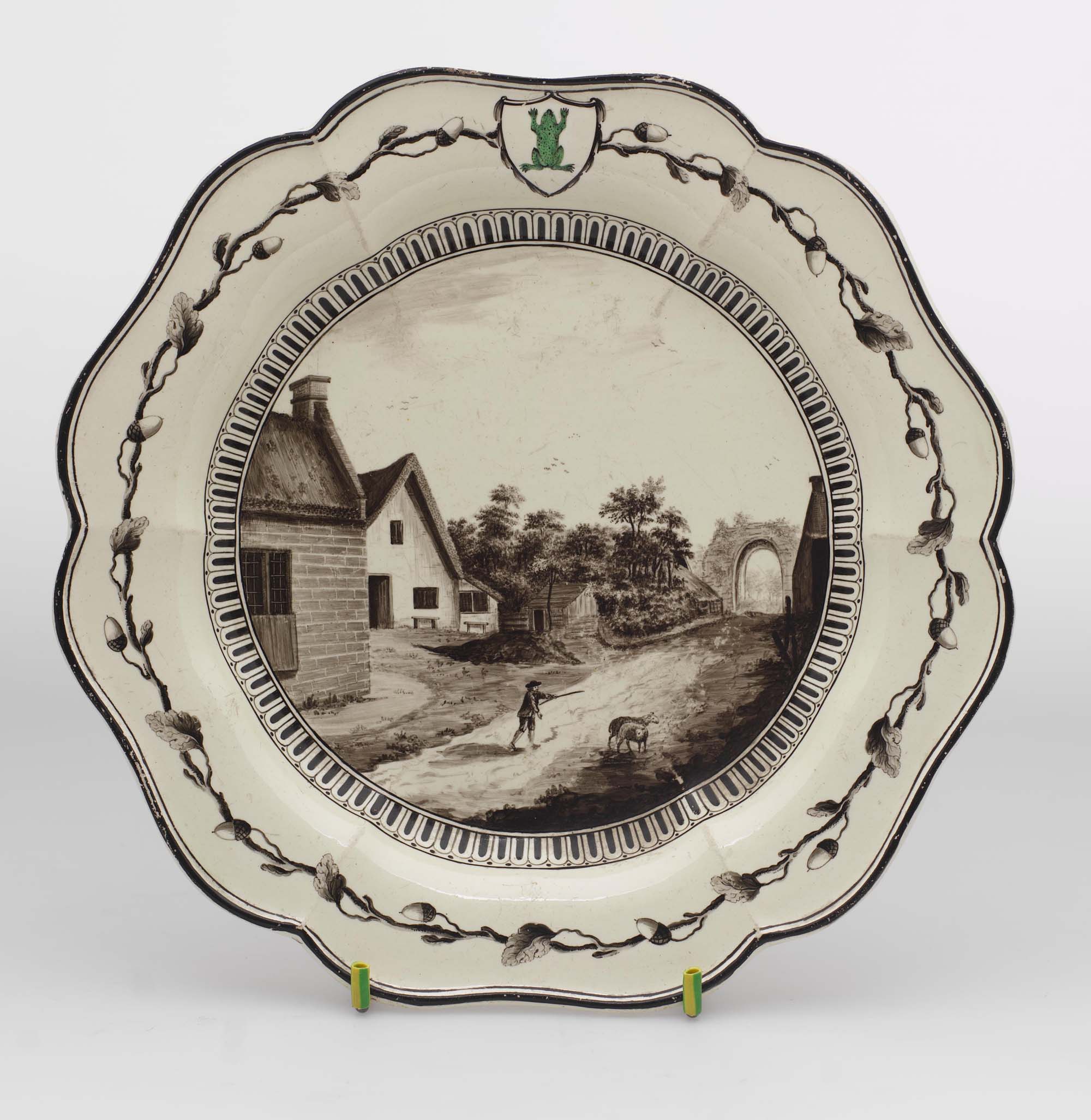 A dessert plate painted in monochrome with a View of Castle-Acre Castle, Norfolk. The Frog Service was ordered by Empress Catherine II of Russia. It was the first plate of its kind to be decorated for this service; however, it was incorrectly painted with the oak-leaf border intended for dinner ware and, therefore, could not be sent to St Petersburg. 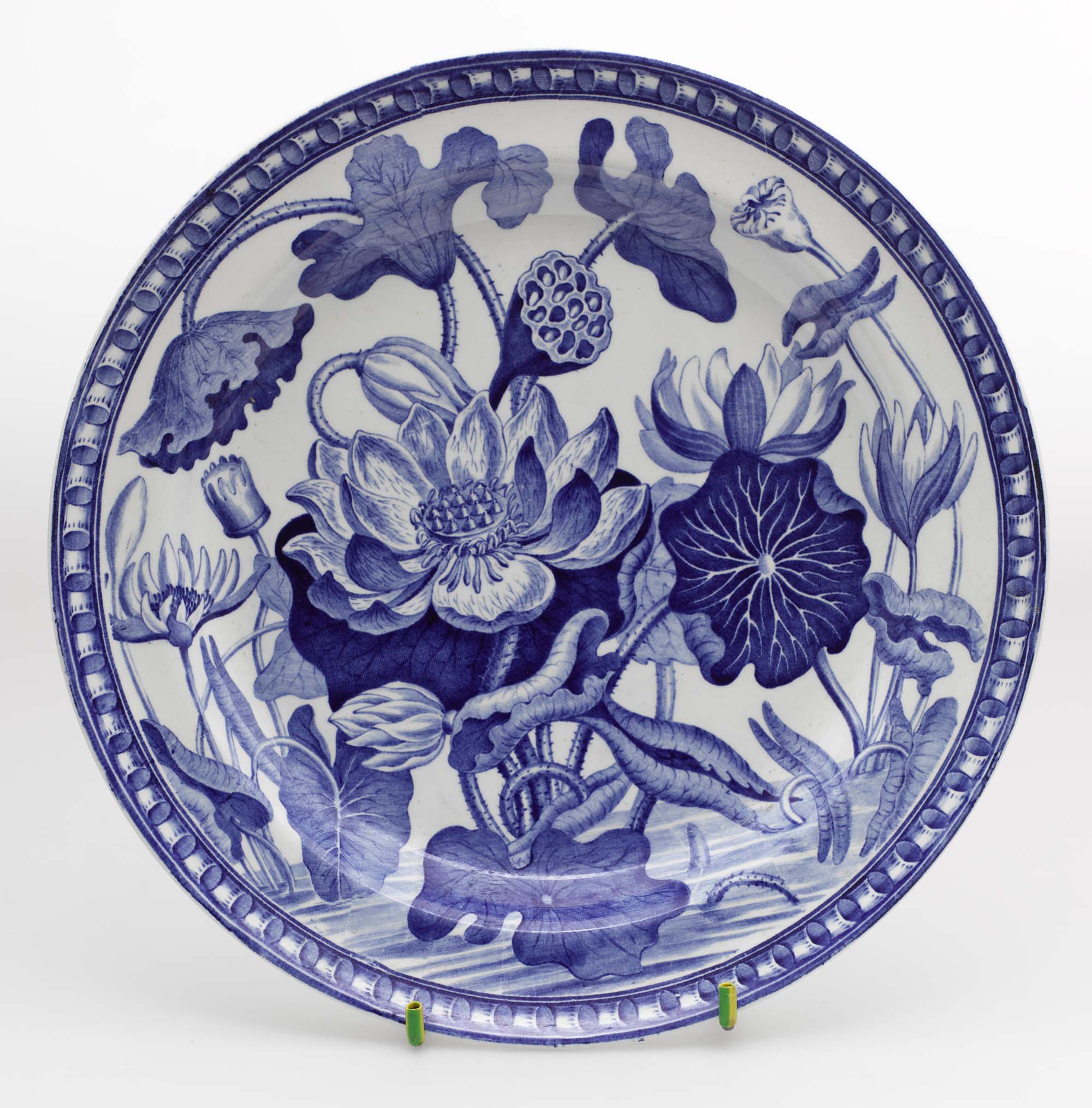 The botanical patterns of the early 19th century were suggested by John Wedgwood, eldest son of Josiah and founder of the Royal Horticultural Society. One of the most original designs was the Darwin Water Lily pattern. Its name derives from the close family associations between the Wedgwoods and Darwins. 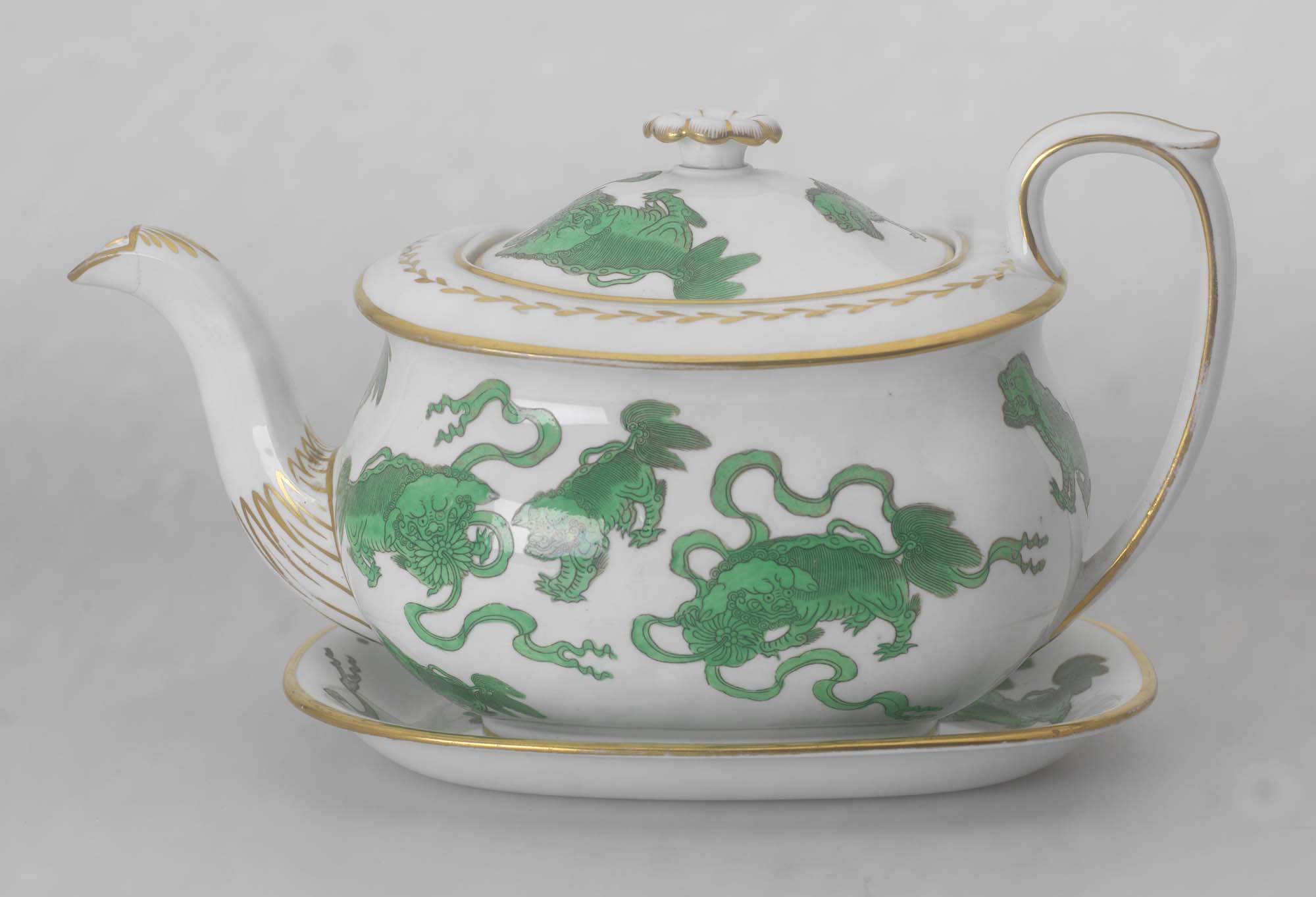 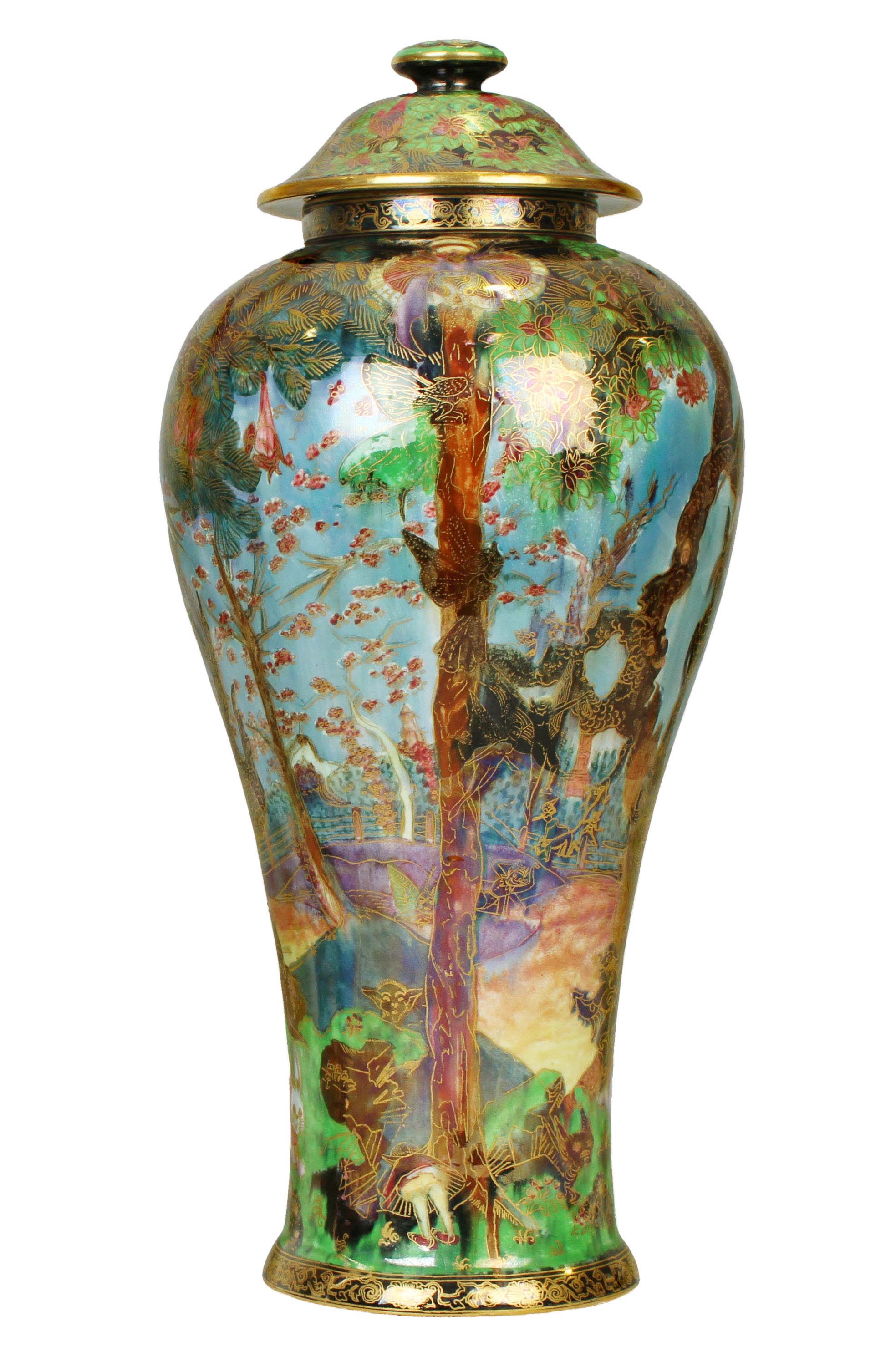 Fairyland Lustre was the name given by Daisy Makeig-Jones to her range of designs based on exotic fairy stories, in which vivacious imps and fairies are seen in mystical landscapes. The designs were made by Wedgwood from 1915 until 1931, although demand declined dramatically after the Wall Street Crash of 1929. 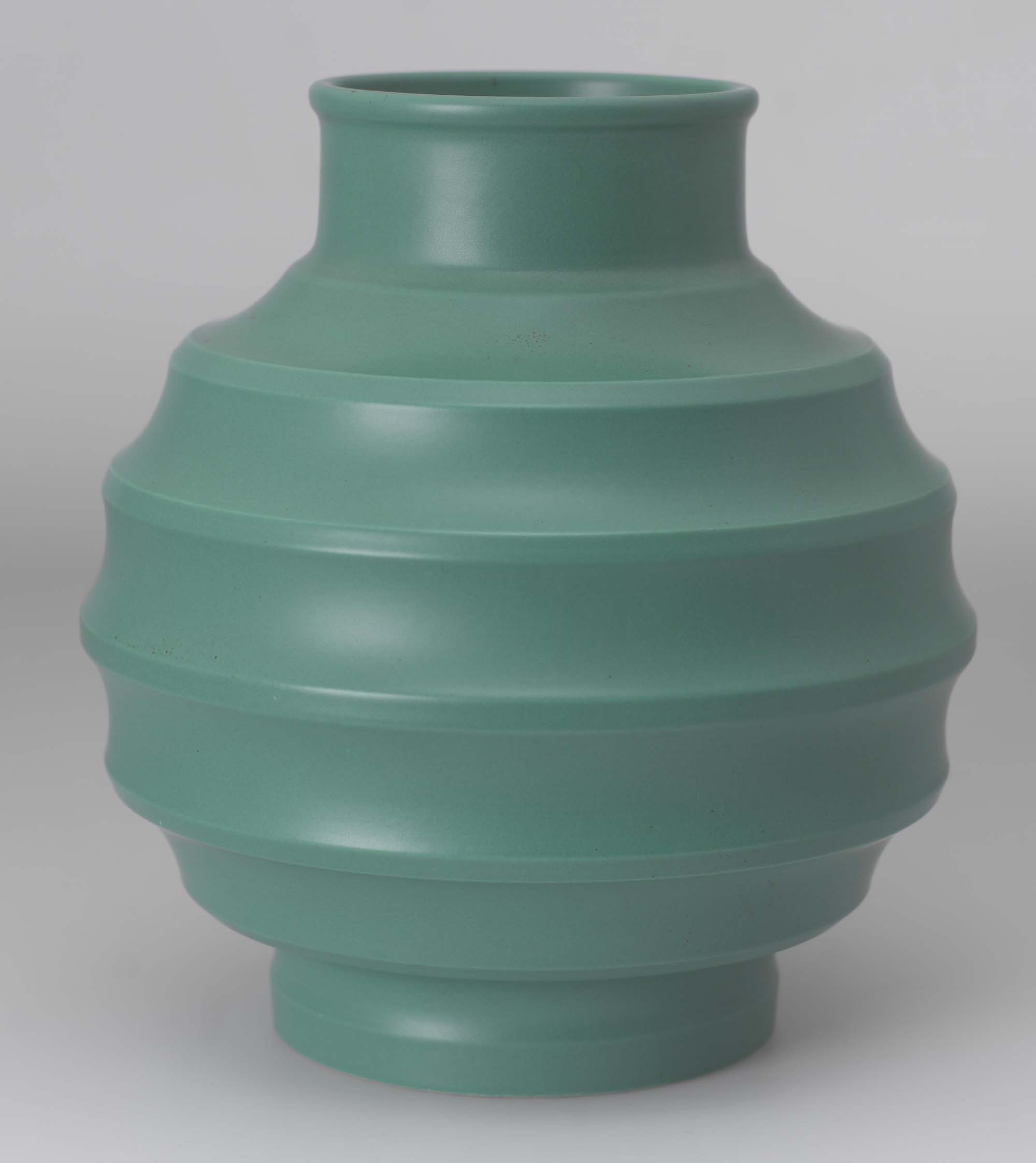 In 1932, Keith Murray began work on a series of ceramic designs for Wedgwood, which echoed the strong lines of the modernist movement. Murray, who had trained as an architect, also designed the new Barlaston factory with his partner, CS White. 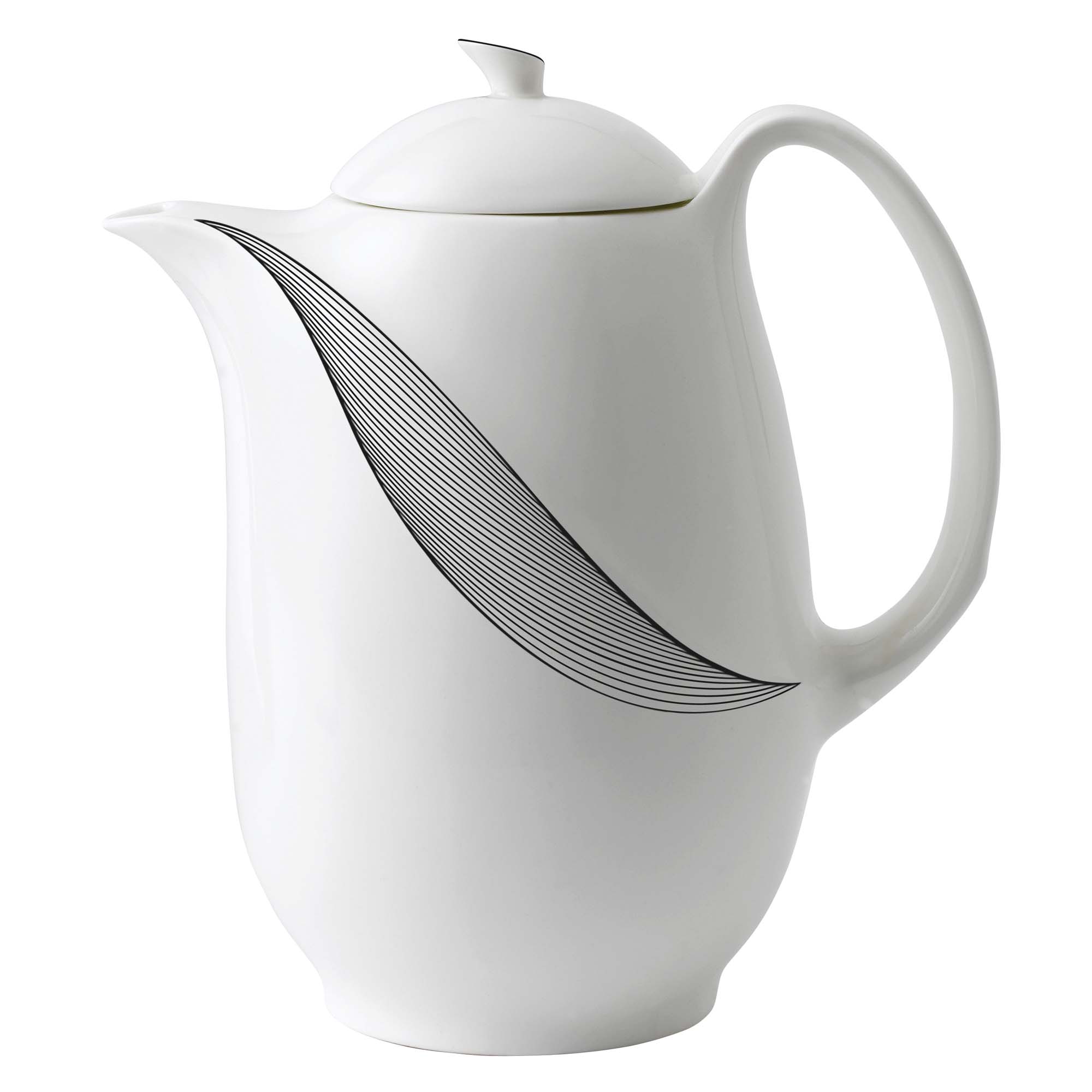 This new shape for fine bone china and black basalt was commissioned in 1984 by Josiah Wedgwood & Sons to celebrate the 225th anniversary of the founding of the company. It was created by Jerome Gould, of the international design studio Gould & Associates, using computer-aided design technology for the first time.

The pinnacle of jasper production today, the Borghese vase is based on a classical Roman vase now in The Louvre, Paris. The Wedgwood version has been in production since 1790 and demonstrates the continuing traditional use of Josiah Wedgwood I’s invention of jasper. This version created as part of the 250th anniversary range in 2009. 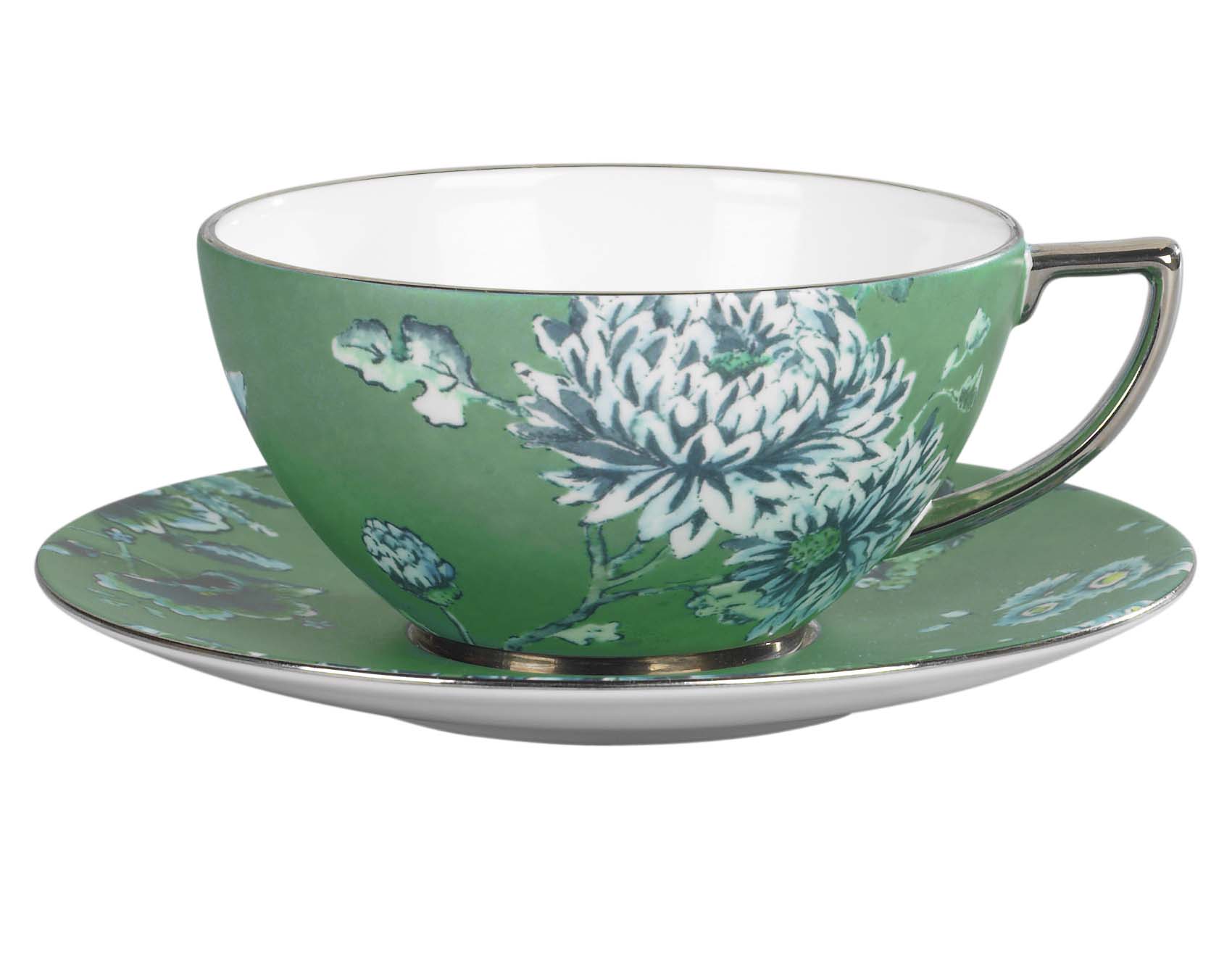 Jasper Conran’s striking patterns and contemporary shapes have evolved since the beginning of his association with Wedgwood in 2001. The collections embody his signature style, mixing heritage, inspired in part by the museum collection, with modernity. The pattern Chinoiserie was introduced in 2005.

Wedgwood Museum and World of Wedgwood

Wedgwood Museum Trace over 250 years of ground-breaking design and production and discover Josiah Wedgwood’s lasting influence on industry and society. This award winning museum houses a UNESCO protected collection of huge historic and cultural significance. World of Wedgwood The World of Wedgwood is a unique visitor experience celebrating the…

One comment on “Ten ceramic treasures from the Wedgwood Collection”