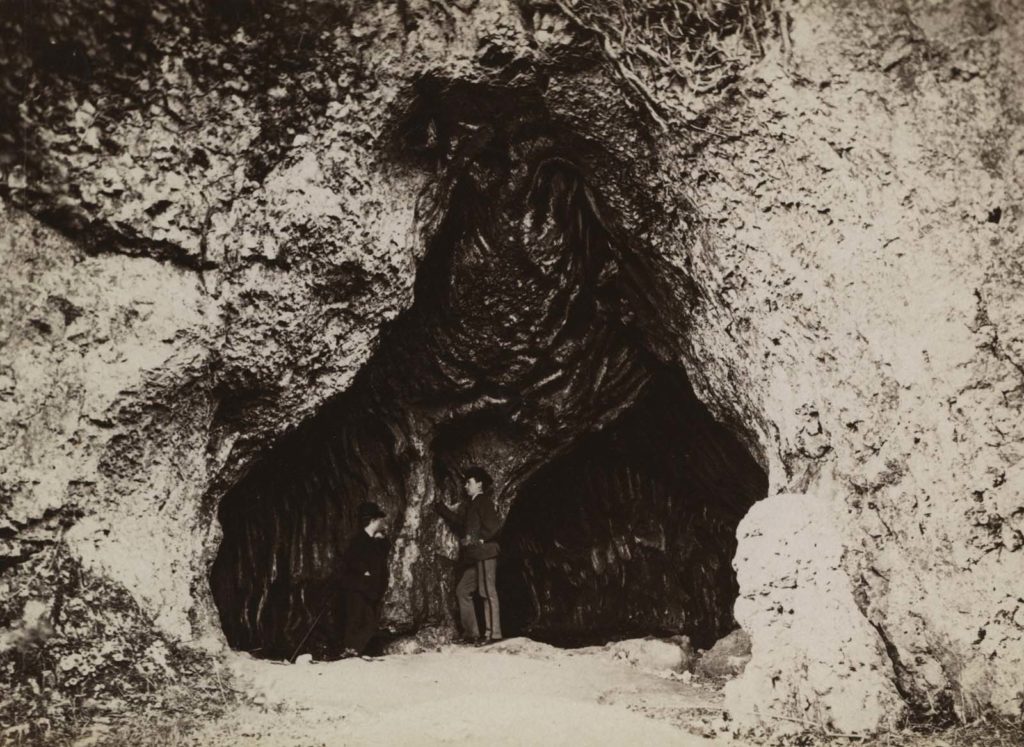 Tenby Museum and Art Gallery is fortunate to have in its diverse collection a letter from noted scientist Charles Darwin. The letter is now on display in the museum’s prehistory gallery.

In August 1840 Darwin replied to a letter from Reverend Gilbert Smith, Rector of Gumfreston and an avid amateur geologist and archaeologist. Smith frequently undertook excavations at local archaeological sites including Eel Point Cave on Caldey Island and Hoyle’s Mouth Cave in Penally.

Caldey cave sites have a fascinating geological and archaeological history. Evidence found on Caldey dating from the last Ice Age show that amongst animals native to the area then were bear, rhinoceros, mammoth, lion, bison, reindeer, wolf and wild horse.

By 40,000 years ago Neanderthal peoples were using the caves in the area. It was probably not until the Mesolithic period (circa 7,000 BC) that Caldey finally became an island. By the Neolithic agriculture was more advanced and finds on Caldey show advances in technology with new stone tools and axes. 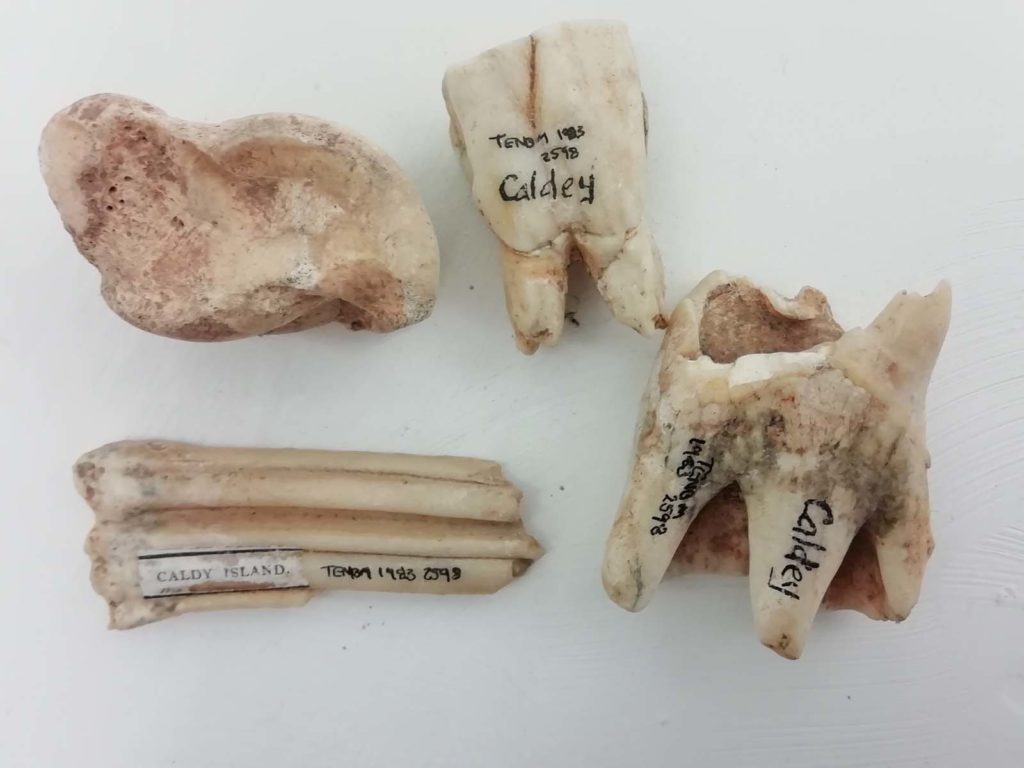 Most of the excavated archaeology from later prehistoric deposits on the island are associated with death – Bronze Age urns and human remains. These suggest that the caves were used for burials and not dwellings. There is little settlement evidence on the island for later prehistory.

Among the find from the caves are bone finds from Eel Point; a midden containing Roman-British pottery and early flints from Nanna’s cave showing that Caldey was not totally uninhabited during these later periods and sherds of a Bronze Age beaker or urn from Potter’s cave.

Smith had written to Darwin concerning the matter of skeletal remains of animals found on Caldey Island.

At this time Darwin had conceived his idea of natural selection but did not release his ideas upon the world until 19 years later with the release of his seminal work On the Origin of Species. Four years pervious to the letters he had completed an almost five-year survey trip on the HMS Beagle and was already a celebrity in scientific circles.

The letter was originally written to Darwin’s sister-in-law, Elizabeth Wedgwood, who was asked to send a note with his questions to Smith. However she felt it better to send the letter directly to Smith – Elizabeth had built a school on Caldey and so presumably knew Smith personally. We know that Smith received the reply, as his written responses to Darwin’s questions are evident on the document. For some unknown reason however, he never sent these back to Darwin. 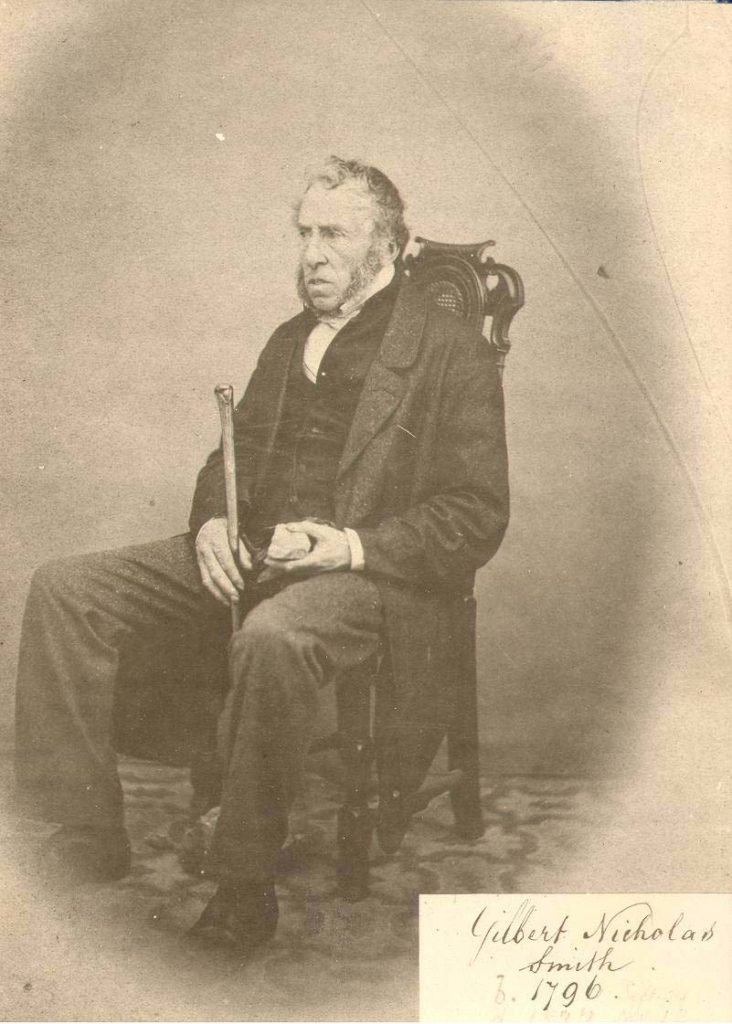 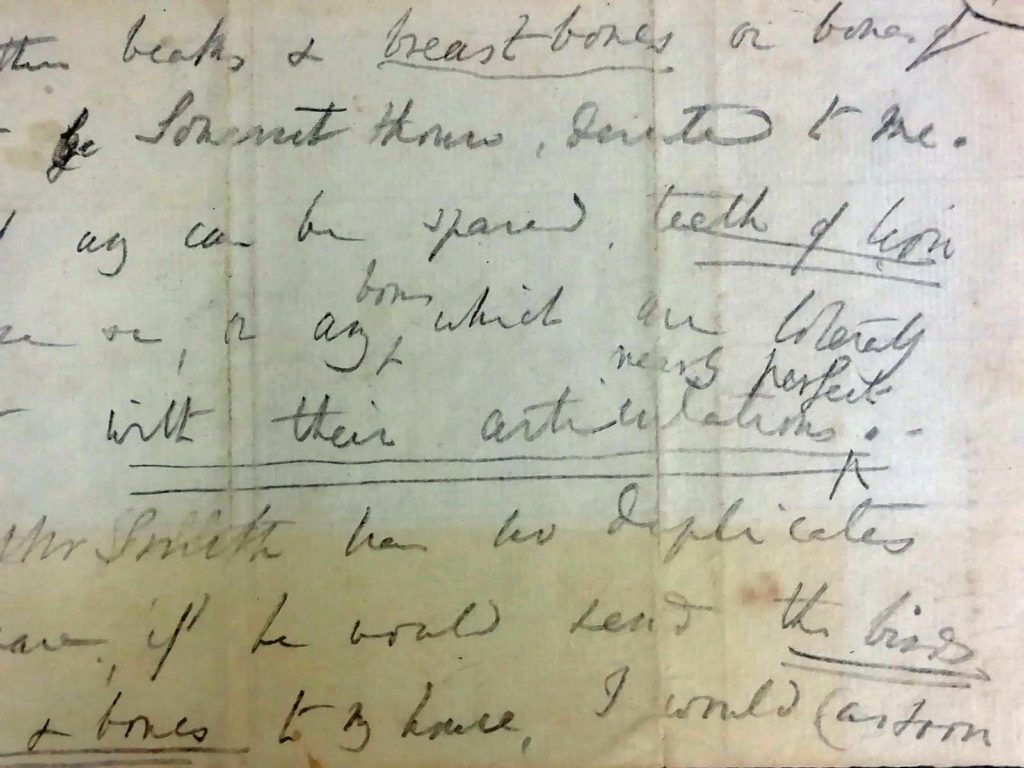 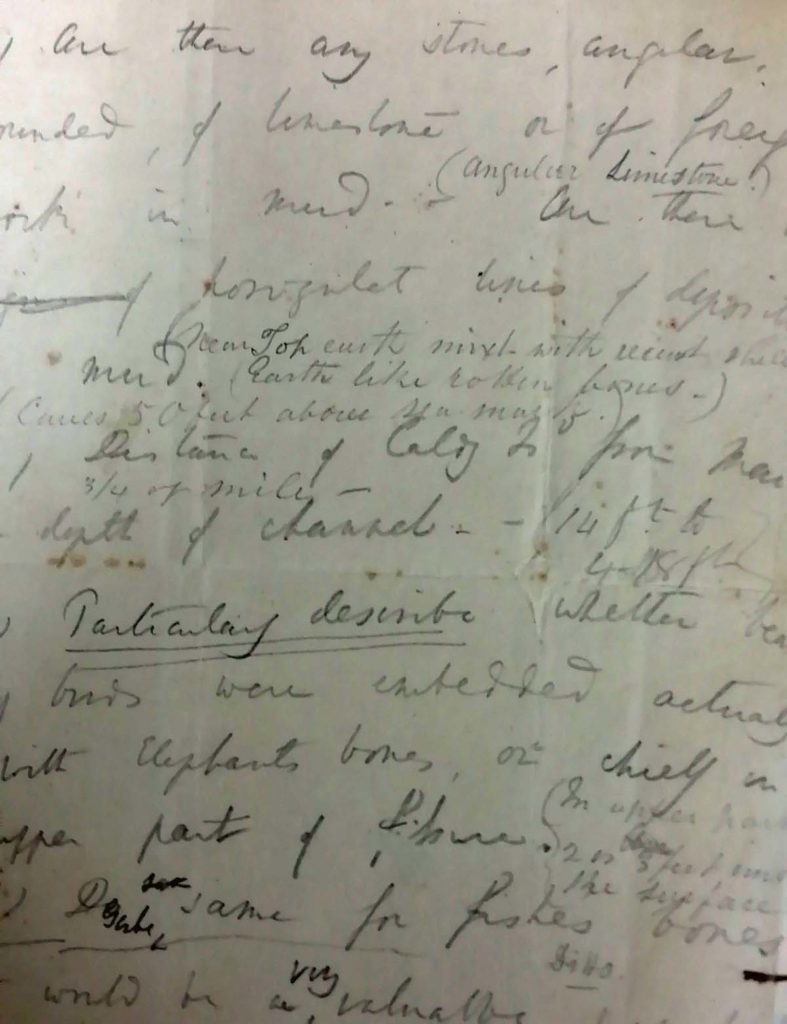 Darwin’s reply asks six separate questions abut the finds, ranging from “Are bones rounded or broken”, “Distance of Caldy (sic) Isd from main & depth of water” to perhaps the most interesting, “Particularly describe whether beaks of birds were embedded actually with Elephants bones, or chiefly in upper part of fissure.”

“It would,” Darwin writes, “be very valuable present (to) Geolog. Socy. if Mr Smith would send some of these beaks and breast bones or bones of legs to Somerset House, directed to me.”

Like other geniuses (such as Vladimir Nabokov, Victor Hugo and Samuel Becket to name but a few) Darwin’s handwriting is at times illegible. However at this time Darwin had another valid excuse for the shaky hand. At the time of writing he was ill and confined to bed.

Strain from overwork had left him with stomach problems, headaches and heart symptoms and for the rest of his life he was repeatedly taken unwell with stomach issues, vomiting, boils, trembling and palpitations.

The numerous finds of Gilbert Smith from his excavations on Caldey Island and Hoyle’s Mouth cave formed the nucleus of the original collections at Tenby Museum on its inception in 1878. 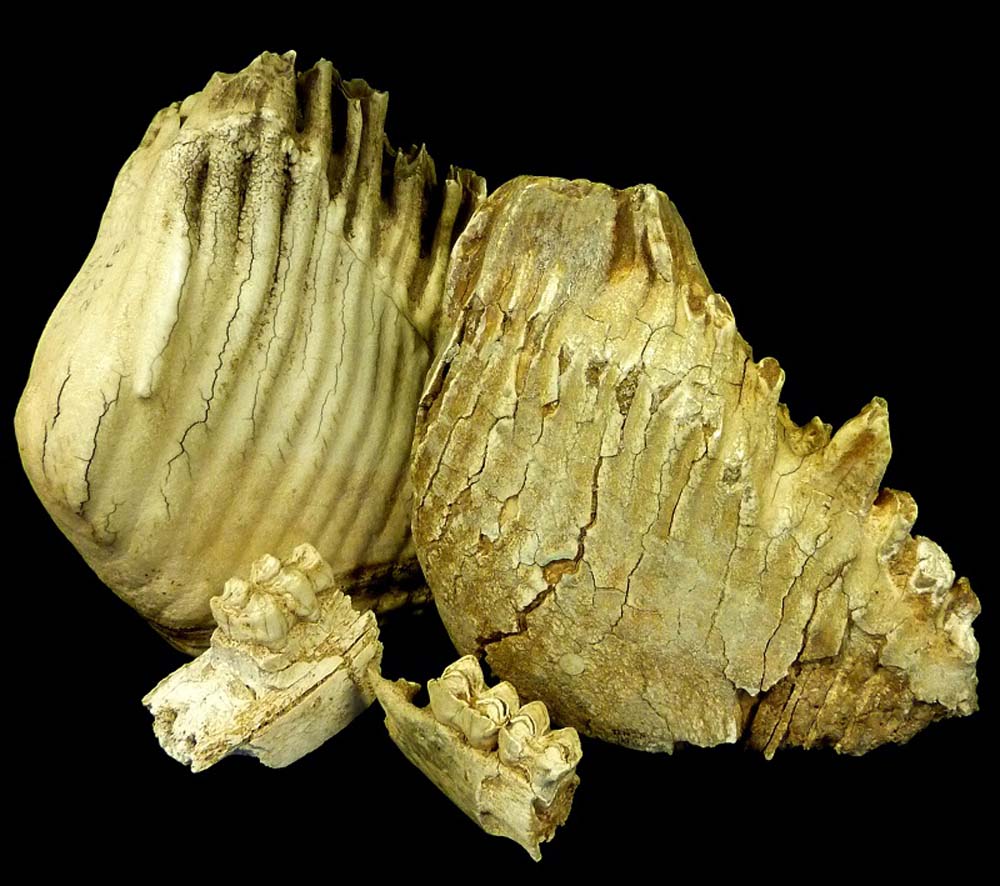 A transcription of the letter in full is presented below:

“Whether Mr Smith be willing I read his paper to Geolog. Soc in Autumn, as I think it well worth communicating. (President being willing constant proviso) – If so give me Christian name &c &c. It appears to me highly desirable if he will add information, as far as his in his power on following points: –

1. Were any bones of any skeletons found in proper relative position, as if animal had been washed in whole –
2. Are bones rounded or broken
3. Are there any stones, angular or rounded, of limestone or of foreign rock in mud – Are there horizontal lines of deposition in mud.
4. Distance of Caldy Isd from main & depth of channel
5. Particularly describe whether beaks of birds were embedded actually with Elephants bones, or chiefly in upper part of fissure.
6. Describe same for fishes bones.

It would be very valuable present (to) Geolog Socy. if Mr Smith would send some of these beaks & breast bones or bones of leg to Somerset House, directed to me. And if any can be spared, teeth of lion & horse &c, or any bones which are tolerably perfect with their articulations nearly perfect. –

If Mr Smith has no duplicates to spare, if he would send the beaks and bones to my house, I would (as soon as pretty well) get them described & examined & account written by good anatomist & append account to his paper & most carefully return them to him, or to any one who would lend them for this purpose, & pay carriage. And without they are examined by Anatomist, they are almost useless to science.”