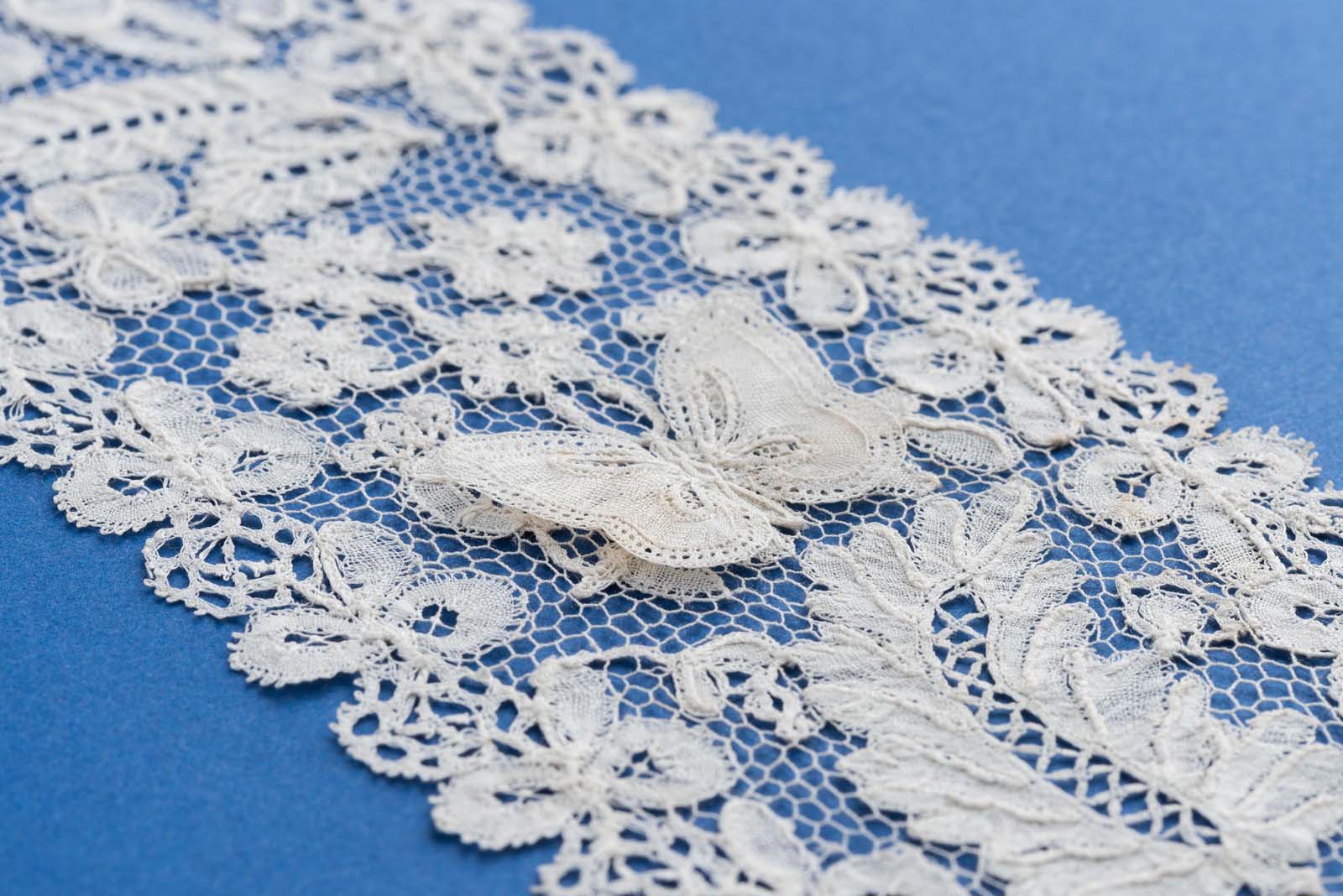 The fine craft tradition of bobbin and needlelace in Devon is said to date back to the early 17th century when the wives and daughters of farm labourers and fishermen supplemented the family income by making beautiful and intricate lacework in the cottages of the county’s towns and villages.

There were several variations of the Devon lace making tradition but Honiton lace, a style originating in the East Devon town and made by twisting fine threads of silk, cotton or wool onto bobbins held in place on large, weighted pillows, was the most famous.

Its revival in popularity in the mid-nineteenth century was thanks in no small measure to Queen Victoria, who used the lace on her wedding dress in 1840.

The abundant use of Devon-made lace on Victoria’s bridal dress may have revitalised the local cottage industry, which had fallen out of favour in the fashion-conscious early nineteenth century, but lace production was always undertaken against a backdrop of hardship and rural poverty.

In 1854 the American author, social reformer and diplomat Elihu Burrit commented during one of his travels across England:

“It is the handiwork … of women hungry, lean and thinly clad…whose coarse, patched garments show their poverty all the more vividly against the slowly wrought tissues of the beautiful fabric they bend over from day to day.” 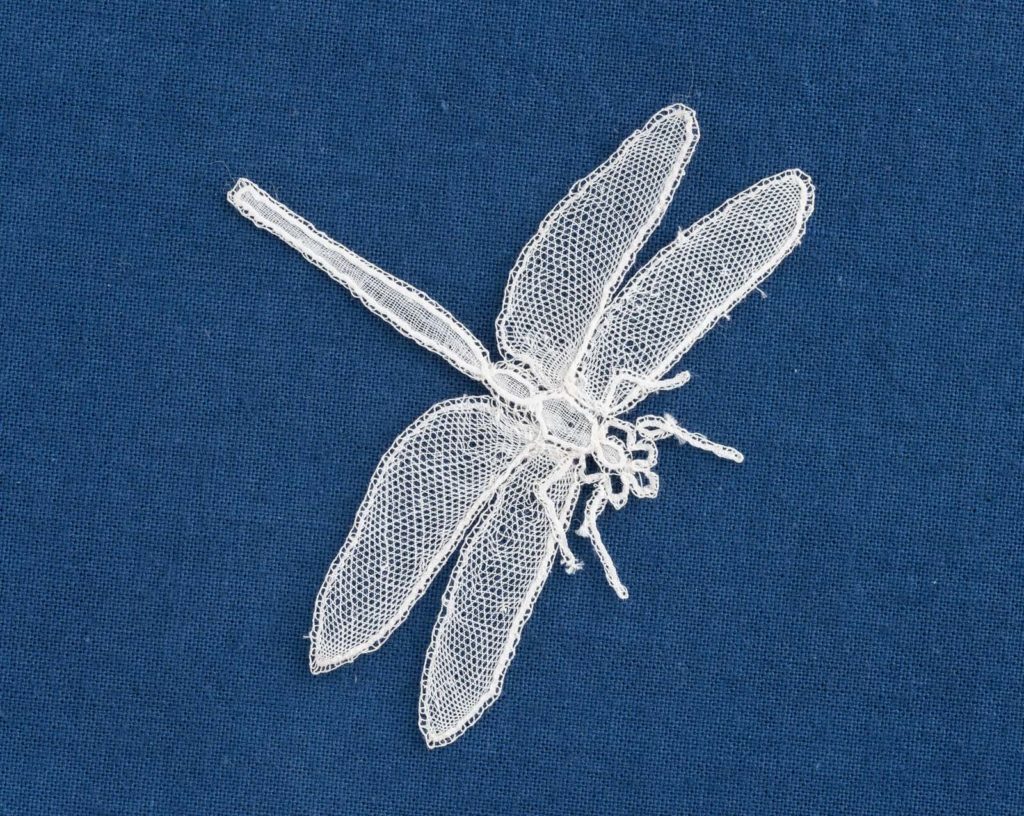 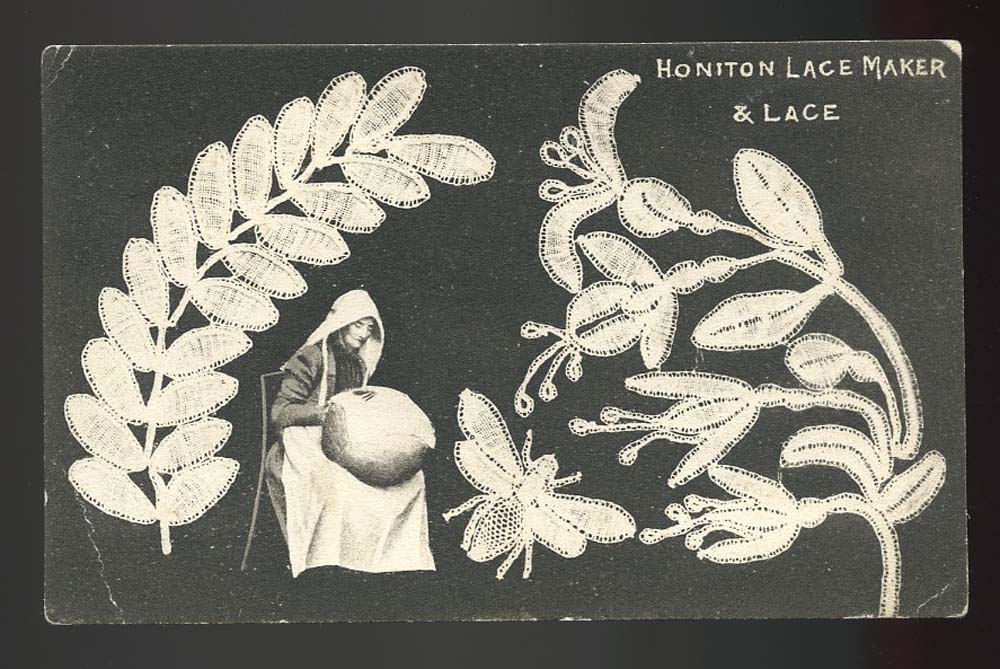 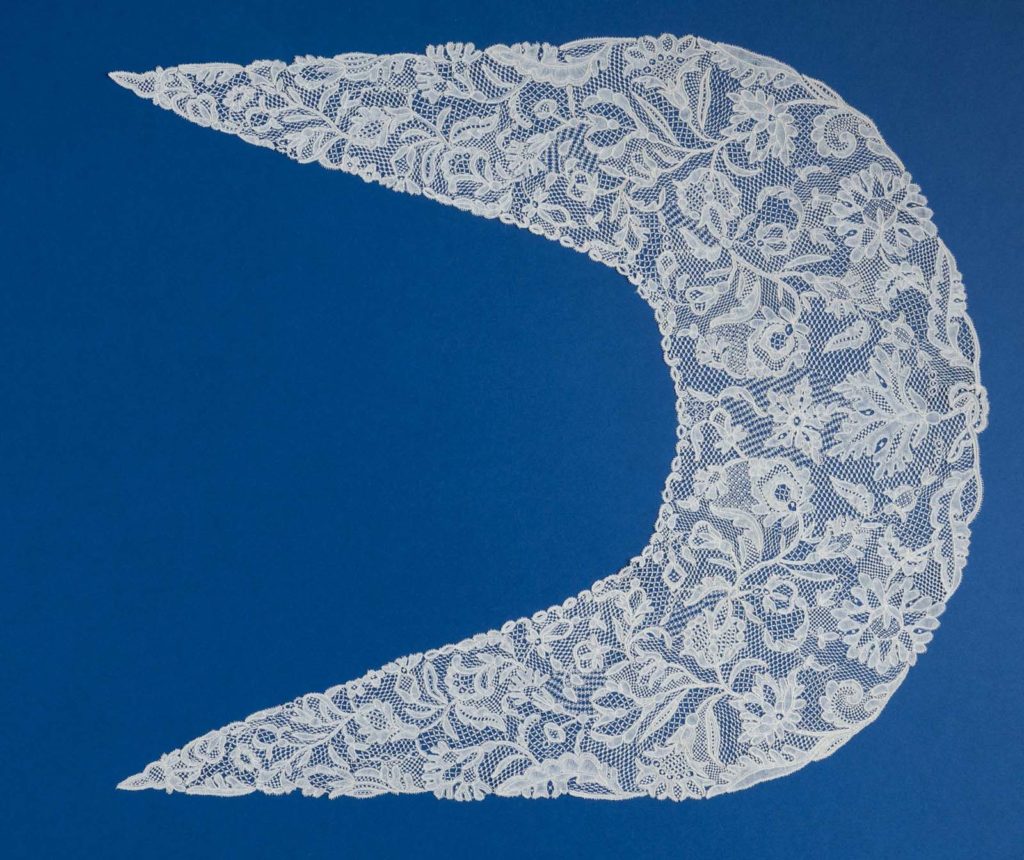 A collar made for the Countess of Athlone, 1890s, identified as from the workshop of Charlotte Treadwin. Picture Simon Tutty. Courtesy RAMM

Perhaps Victoria’s dress also made these inequalities all the more stark. RAMM’s exhibition not only features a recreation of the wedding dress but also examples of the type of modest clothes worn by local 19th century lace makers who would have produced the fine lacework for the monarch.

After her marriage to Prince Albert on February 10 1840, Queen Victoria described her wedding clothes in her journal: “I wore a white satin dress, with a deep flounce of Honiton lace, an imitation of an old design.”

The valuable lace had been made at Beer on the East Devon coast where it was supervised by Devon dealer and manufacturer Jane Bidney who also had a shop in St James’s, London, just around the corner from Buckingham, Palace.

Victoria was smitten and wore her precious lace on many occasions after the wedding, right up until the last decade of her life. Portraits and photographs lent by Her Majesty The Queen show Queen Victoria wearing the lace for her Jubilee in 1887.

The original wedding gown made by royal dressmaker Mrs Bettans is now too fragile to travel, but the displayed replica of the dress and its lace, made by London costumiers Cosprop, was worn by actress Jenna Coleman in the role of Victoria for the recent ITV production. 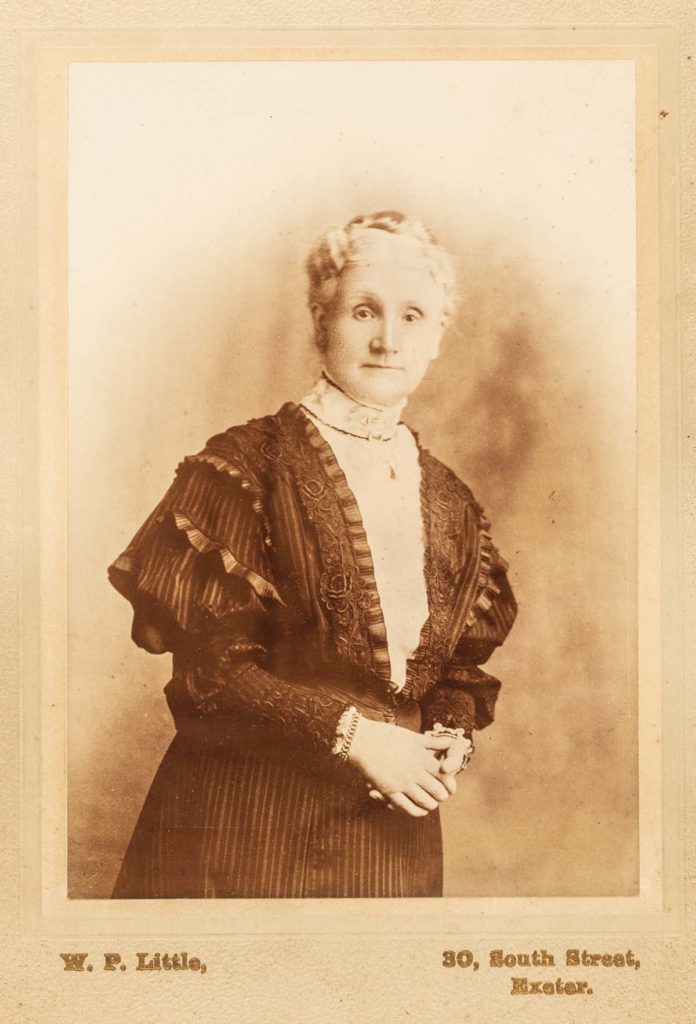 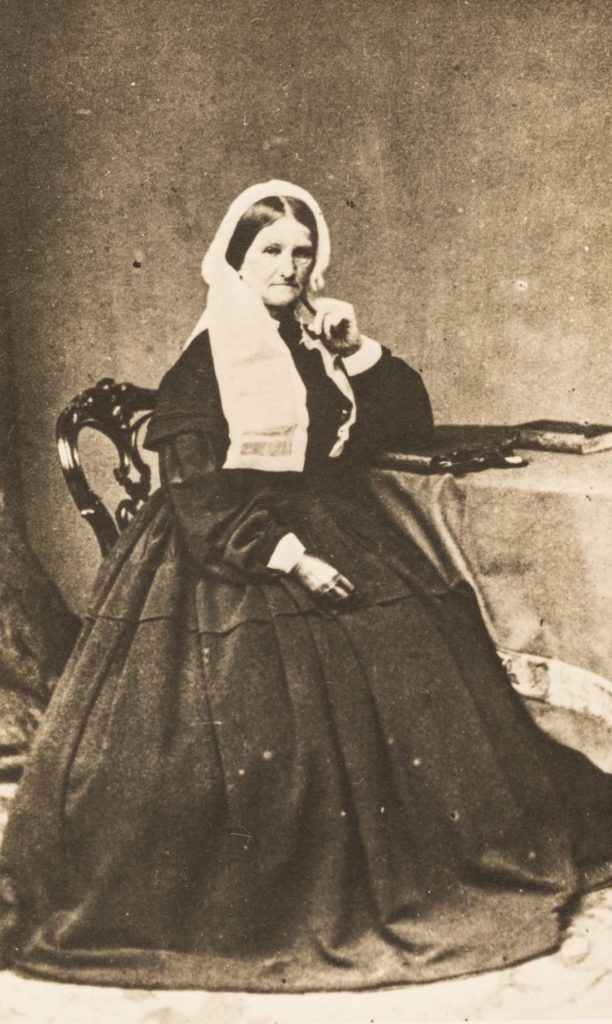 Lace makers often learned the skill as children from their parents, or at one of the lace ‘schools’ dotted around the county, and the sale of lace supplemented meagre incomes earned from fishing or agricultural work. Interestingly, it was often a family affair that transcended age and gender, with men, women and children all making lace. The trade also provided opportunities for people who were physically less able.

RAMM’s extraordinary lace collections and selected loans tell the stories of these men, women and children who created textiles of extraordinary beauty.

The collecting of lace at the museum dates back over 150 years and includes treasures like Mrs Treadwin’s Lace album from Mrs Treadwin’s Exeter ‘Manufactory’ near the Cathedral, where a team of skilled workers produced fine bobbin and needle laces.

For lace aficionados, the exhibition offers a chance to see the Woodbury Salterton Lace Find, a rare cache of 19th century lace discovered in a calico bag at Woodbury Salterton School in 2002. The lace is believed to have belonged to a lace dealer and comprises over 700 different samples of Trolly lace, complete with prices and some of the names of the makers.

According to the Woodbury Local History Society the bag also contained a silk handkerchief embroidered with Honiton Lace and an inscription reading:

‘Her Most Gracious Majesty Queen Victoria. With the humble gratitude of the poor Lacemakers of Woodbury Salterton.’

Another larger satin piece has the inscription:

‘Her Most Gracious Majesty. With the humble hope of future orders. A selection of lace samples are attached together with their price per yard.’ 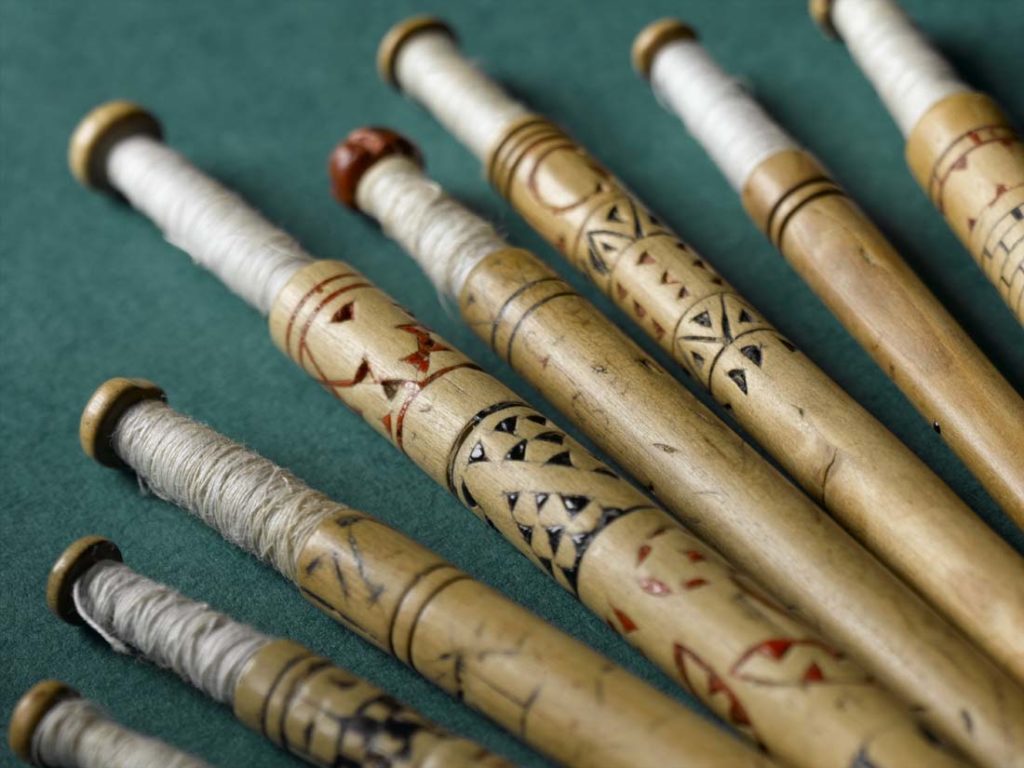 We don’t know whether or not she ever saw or responded to these pleas, but Victoria certainly continued to patronise the Devon lace makers, using Honiton lace for royal christenings and for the wedding gowns of all of her daughters.

Among the many exhibits is a rare black Honiton lace pall, known as the Albany flounce, made in 1882 for Princess Helena, the bride of Queen Victoria’s youngest son Prince Leopold, the Duke of Albany.

Entries for the Exeter School of Art lace design competitions, regularly held during the Victorian period, also offer fascinating insights into the art of lace making during the nineteenth century. The exhibition also features a wealth of archive photographs from the collection and paintings lent by Her Majesty Queen Elizabeth II from the Royal Collection, together with contemporary lace from leading local makers. 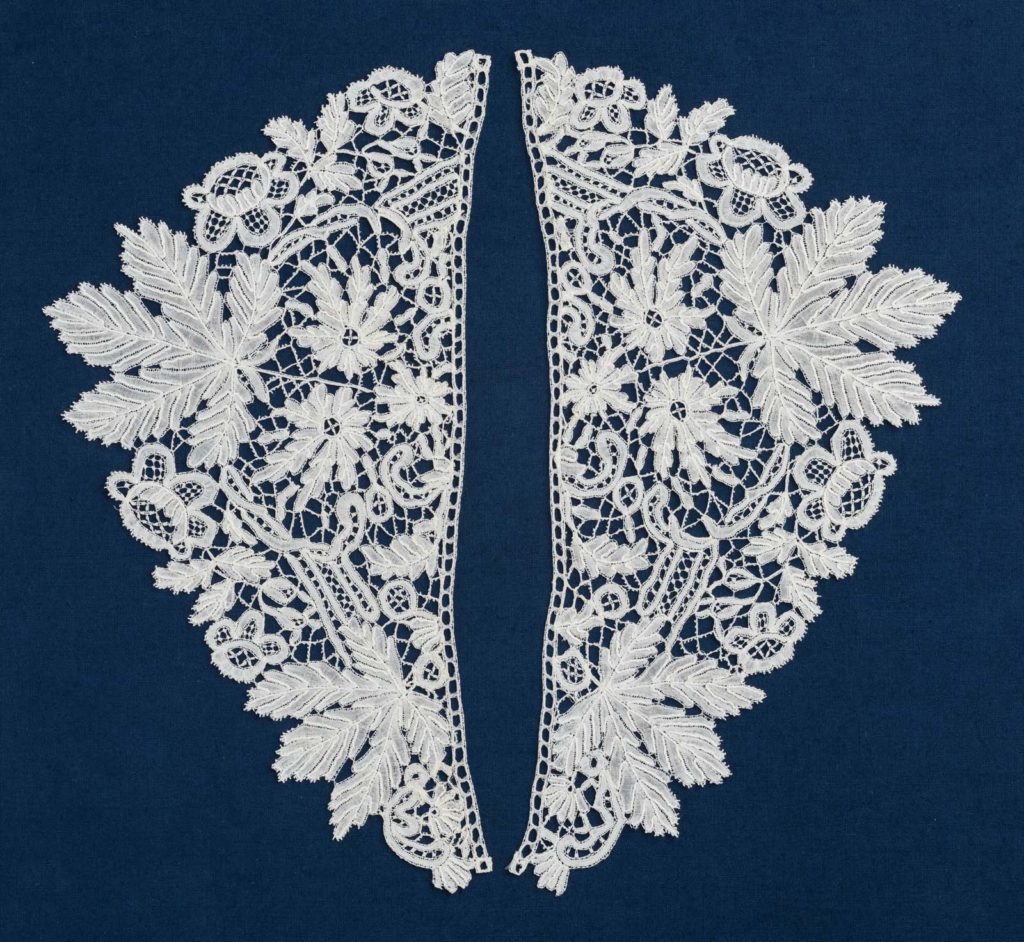 A pair of cuffs made in Honiton guipure technique. Courtesy RAMM 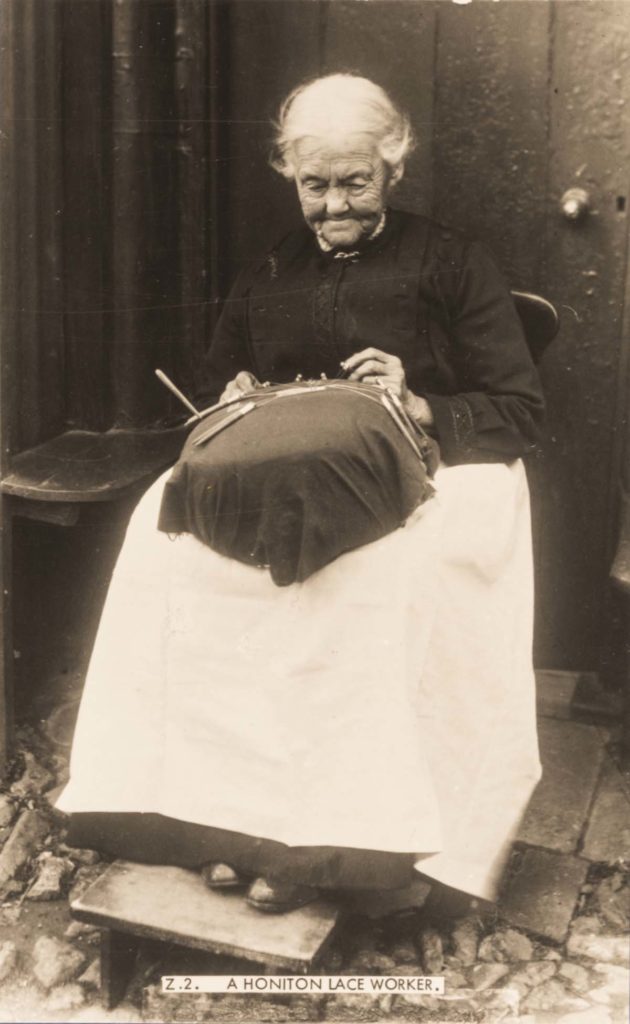 Devon Lace is on display at the Royal Albert Memorial Museum, Exeter until May 31 2020. Entry is free.