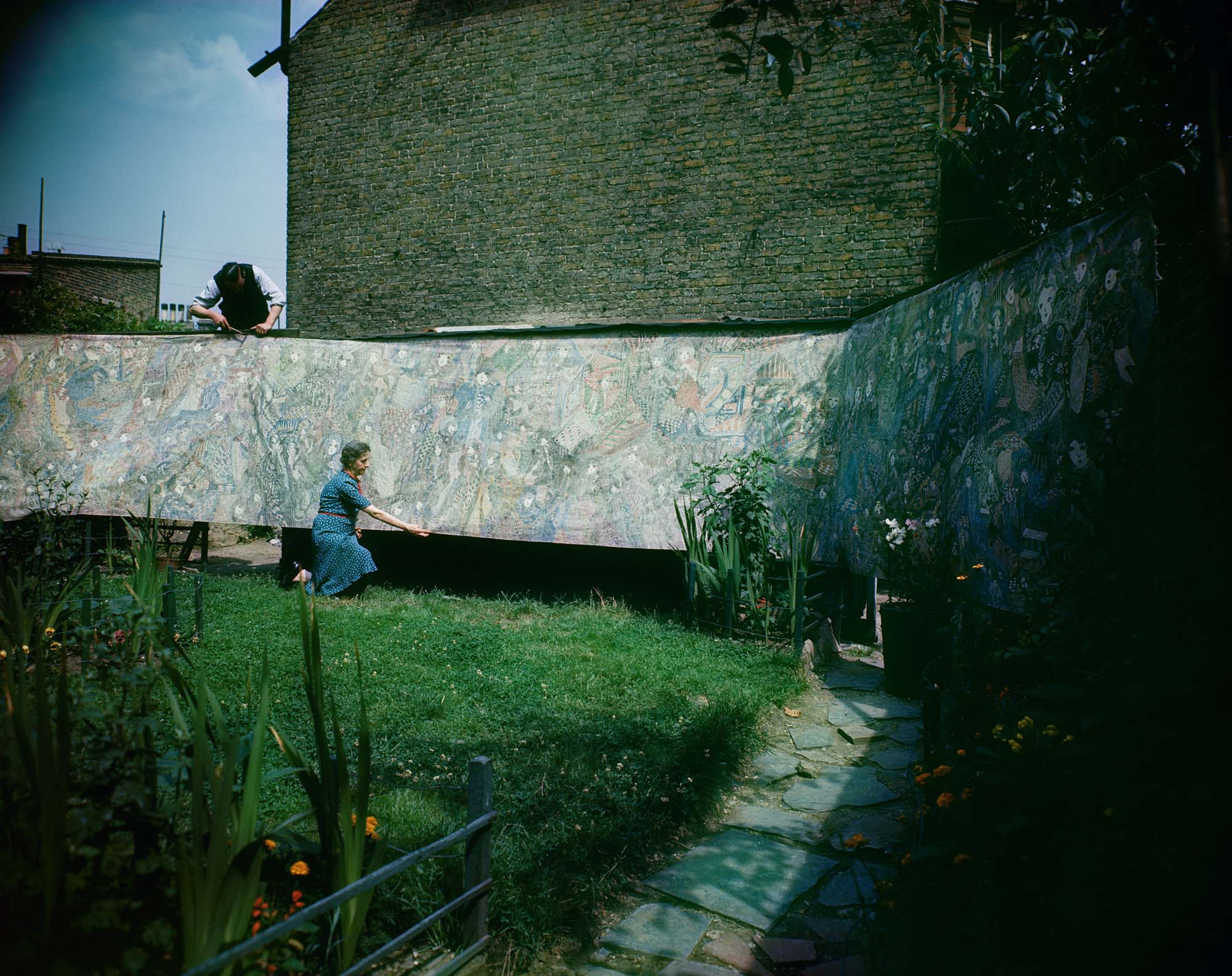 The William Morris Gallery is returning to the works of outsider artist Madge Gill and Myrninerest, the spirit who possessed her

An exponent of mediumistic art and one of the foremost British Outsider artists, Madge Gill (1882 – 1961) endured a difficult early life.

Born illegitimately in Victorian Walthamstow, she was placed by her family into the care of Dr. Barnardo’s orphanage in Barkingside. From there she was enrolled in the British Home Children scheme for orphans and sent to Canada, where she endured hard labour and poor living conditions.

She saved everything she earned and returned to London in 1900 to work as a nurse at Whipps Cross hospital in Leyton. She married and had three sons, one of whom died in the Spanish Flu epidemic of 1918.

In 1919 she gave birth to a daughter who was stillborn. Complications proved almost fatal and a lengthy illness resulted in the loss of her left eye. Her grief manifested itself in a deep depression and she underwent treatment in Hove for an undiagnosed psychiatric condition.

On March 3 1920 at age 38, Gill was first ‘possessed’ by a spirit she referred to as Myrninerest, with whom she maintained contact with for the rest of her life.

During these trances, she would draw frenetic improvisations with an almost hallucinatory quality producing an extraordinary number of artworks, primarily drawings in ink on paper and calico. She would often make her art at night by candlelight, drawing at a rapid pace. 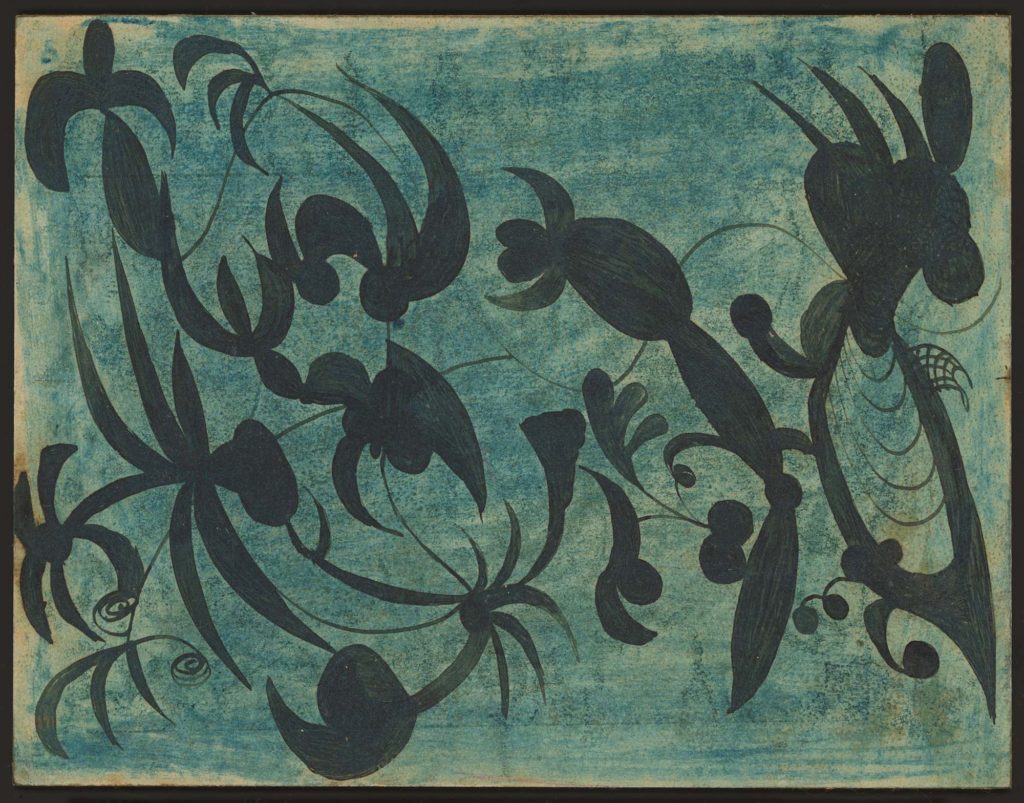 She could make 50-100 postcards in a single sitting, and these meticulous works often reflected her obsession with spiritualism. Mostly in black and white, Gill’s drawings often feature a girl’s face or figure surrounded by repetitive patterns of broken or swirling lines and checkerboards.

For an untutored artist she also skilfully explored different techniques and formats including inks, paints and textiles and created many intricate and multi-coloured embroidered rugs, hangings and dresses.

Sadly, the traumatic arc of Gill’s life continued into the 1930s when her husband died from cancer – after which she continued to live with and care for her two sons in her home in Upton Park.

She exhibited several times at Whitechapel Gallery, however never wanting to sell her work, Gill attributed it to her Myrninerest and would purposely price the artworks too high for anyone to afford. She gained a reputation as a spiritual medium and eccentric character in her local neighbourhood.

When she died in 1961, her artworks reportedly filled her home, piled in cupboards and under her bed. Nearly 2,000 of them were donated to Newham Council by her son and are still in their heritage collection today. Many of her large scale works are rumoured to have been discarded, but another 2,000 at least were sold on through house clearance, private sales and auction. As a result, many of them have been distributed all over the world.

Today she is one of the world’s most highly regarded ‘Outsider’ artists, represented in all the major international collections, including Jean Dubuffet’s Collection de l’Art Brut in Lausanne and the l’Aracine Collection at the Musee d’Art Moderne in Lille. Yet the largest collection of her work resides in the place where she is perhaps least known – in East London where she once lived.

This William Morris Gallery exhibition is the most comprehensive survey of Gill’s work to date and brings together drawings, large-scale embroideries, textiles and archival objects, many of which have never been exhibited before.

It includes a section of one of her largest pieces, a monumental 30 foot long multicoloured calico titled Crucifixion of the Soul and many loans from Newham Council, Grosvenor Gallery, Collection l’Art Brut and several private collections which includes newly uncovered artworks, the first drawings she made during her time in hospital, a multitude of her iconic postcards and her last dated drawing ‘Architectural Fantasy’. 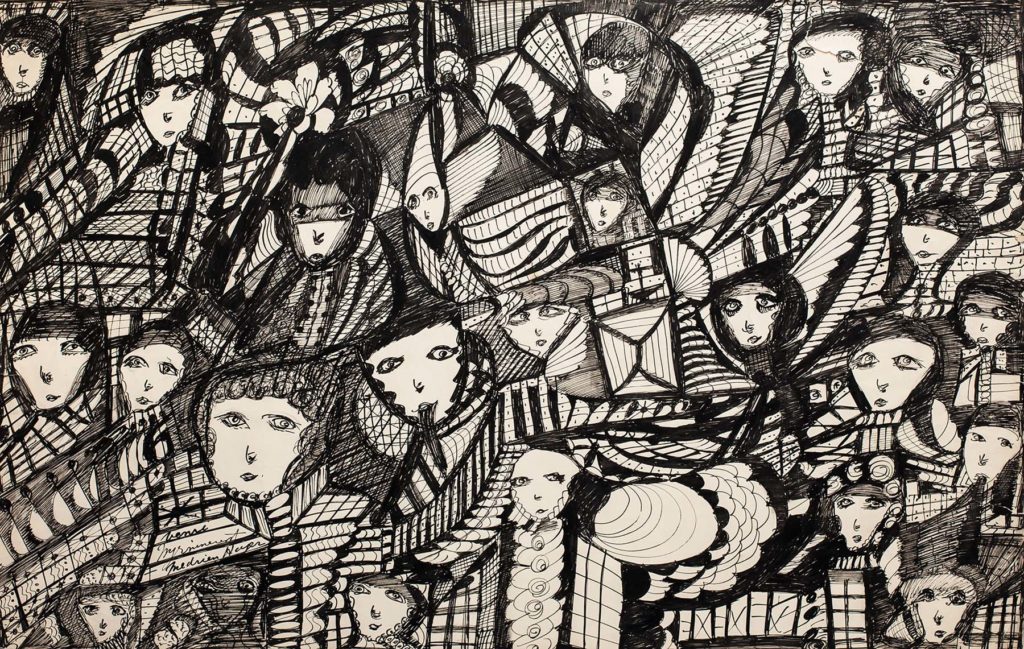 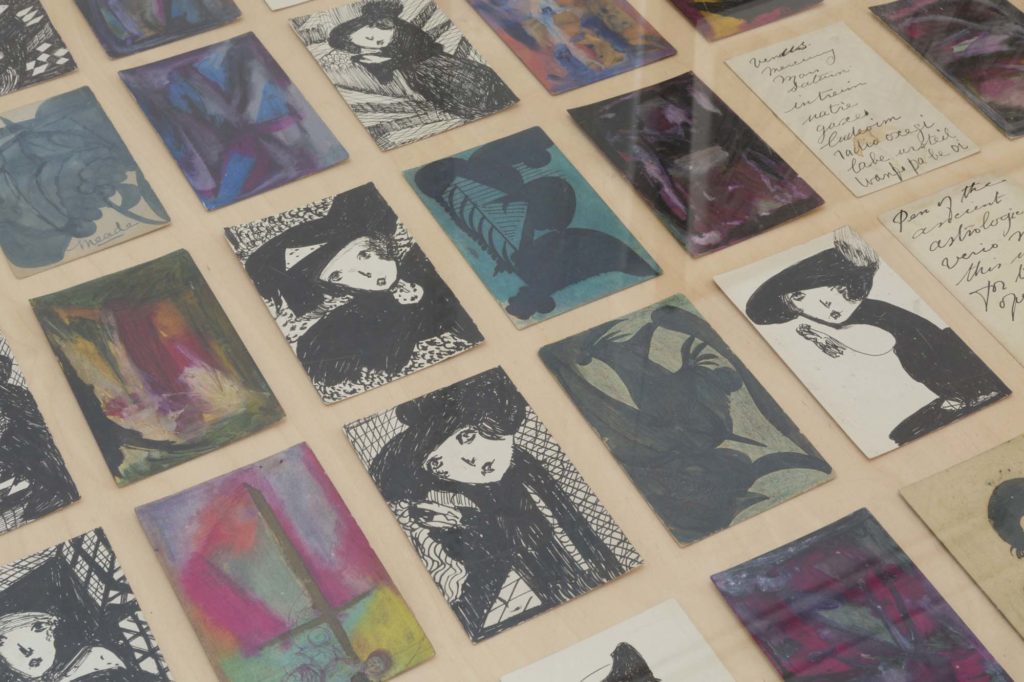 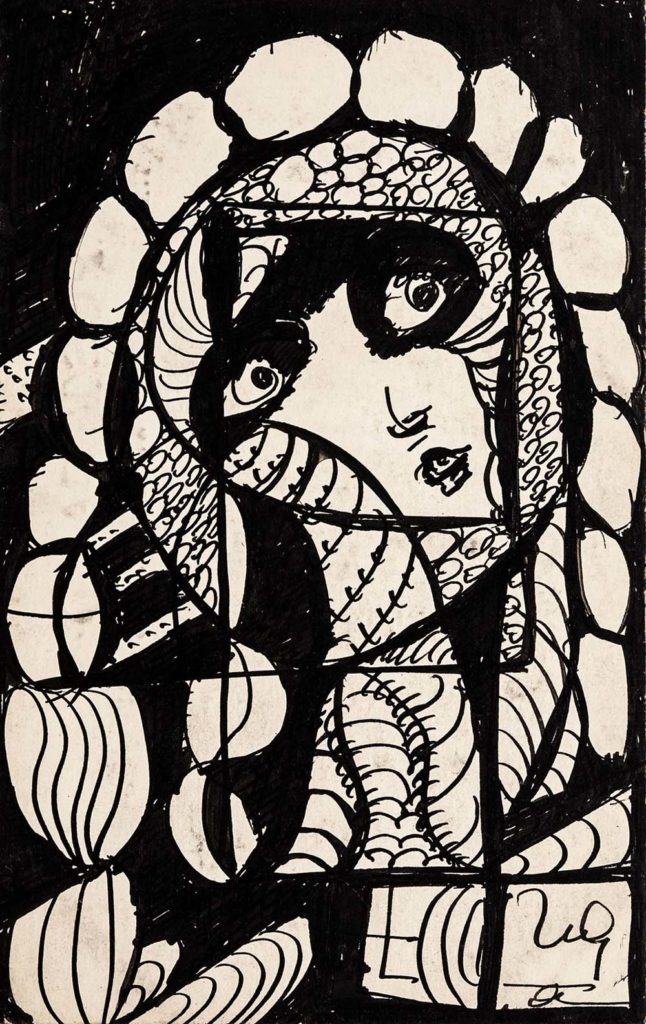 Curator Sophie Dutton says the exhibition “will shine a spotlight on a prolific local artist who made art despite the odds, finding creativity to be an outlet for traumatic life experiences”.

“It’s an exciting and rare opportunity to finally bring so many of Madge Gill’s inspiring artworks out of the archives to be seen and enjoyed, reconnecting her to the places she once lived.’

Dutton first encountered Madge Gill’s work four years ago and has undergone a search for her works and information on the artist’s life. With the support of Waltham Forest Council, she has put together a year-long programme of events which commenced in March 2018 with the unveiling of a blue plaque on the flat Gill was born in Walthamstow to commemorate her extraordinary life.

“Whilst the scale and scope of her work is exhilarating, she also had an extraordinary technical ability,” adds Rowan Bain, Senior Curator at William Morris Gallery. “This is particularly evident in her embroideries, which are intricately worked with thousands of individual strands of embroidery thread.”

“It is fitting that Gill’s work will be shown at the William Morris Gallery- uniting two of Walthamstow’s most visionary artists for the first time.”

Morris famously said: ‘I do not want art for a few any more than education for a few, or freedom for a few.’ Gill and her inspirational compulsions to make work, teaching herself, in ill health, at home and with limited supplies would seem to resonate perfectly with the man, his ideas and the gallery bearing his name. 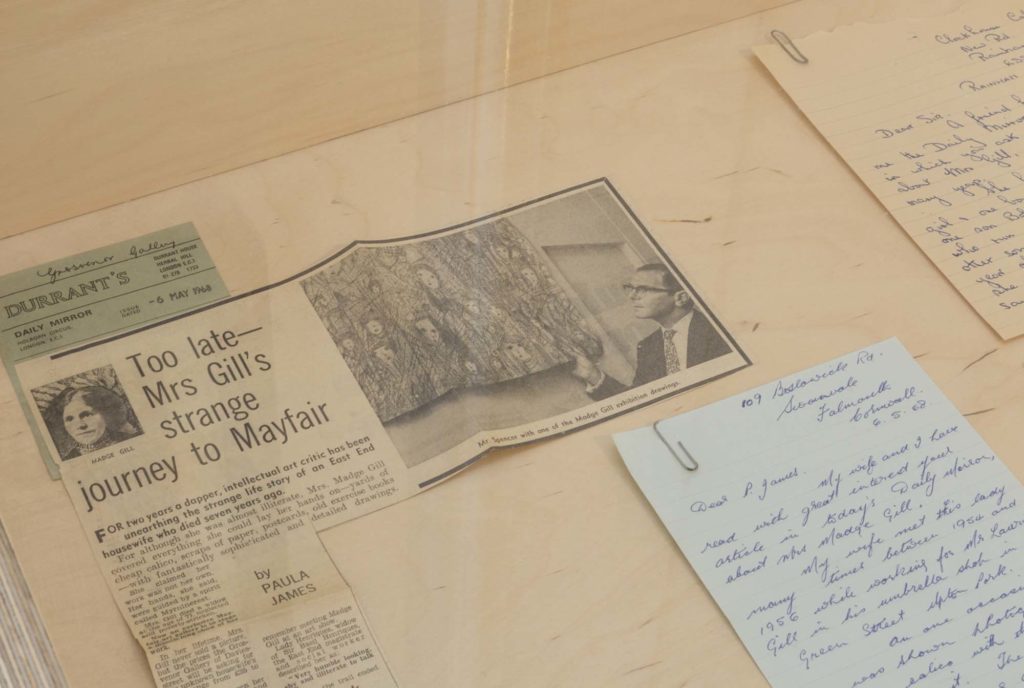 Madge Gill is at William Morris Gallery until September 22 2019. Admission is free.

One comment on “The art of Madge Gill and Myrninerest, the spirit who possessed her”