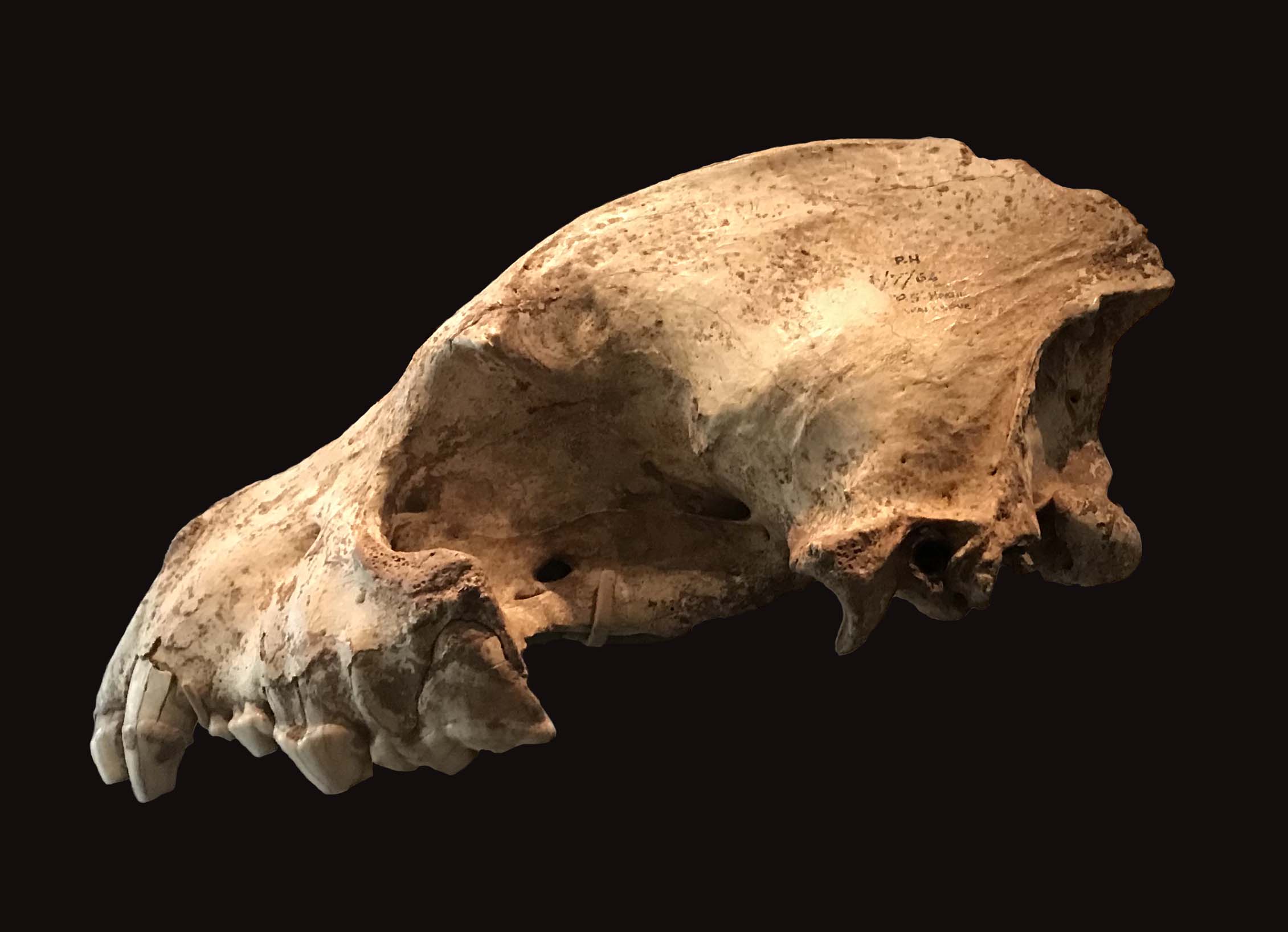 Dr Angharad Jones, Collections Officer at Creswell Crags, on the importance of Hyenas to the story of the famous Ice Age caves that line the limestone gorge on the border of Nottinghamshire and Derbyshire

Hyenas are incredibly important to the story of Creswell Crags. We know such a lot more about the Pleistocene environment and the different species that lived here because of the collection the hyenas made.

We do have some cave deposits – such as the remains of prey left by humans and evidence of small mammals brought in by birds and other small carnivorous mammals – but it’s the hyenas that created such vast and important deposits, ranging from their own remains to the prey species they brought into the caves and consumed.

There are many different reasons why they were such a successful species at the Crags. They might have had a high population number, which meant they could take down prey together but they could also have been more adaptable than other predators because, as they still do today, they will target whatever species is easiest for them to get.

Four species of hyena are alive today, but the classic one that people think of most is the spotted hyena that currently lives in sub-Saharan Africa. In the Pleistocene the most common species is sometimes called the cave hyena, which is genetically indistinguishable from the spotted hyena and I think it’s pretty safe to say they’re probably the same species. 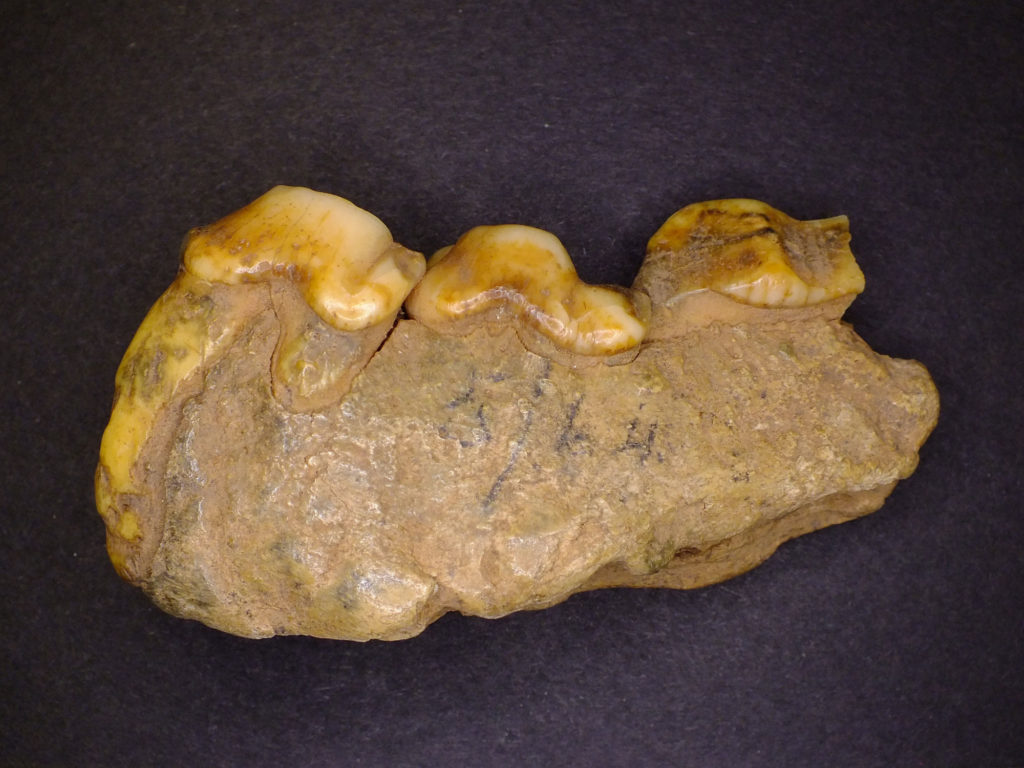 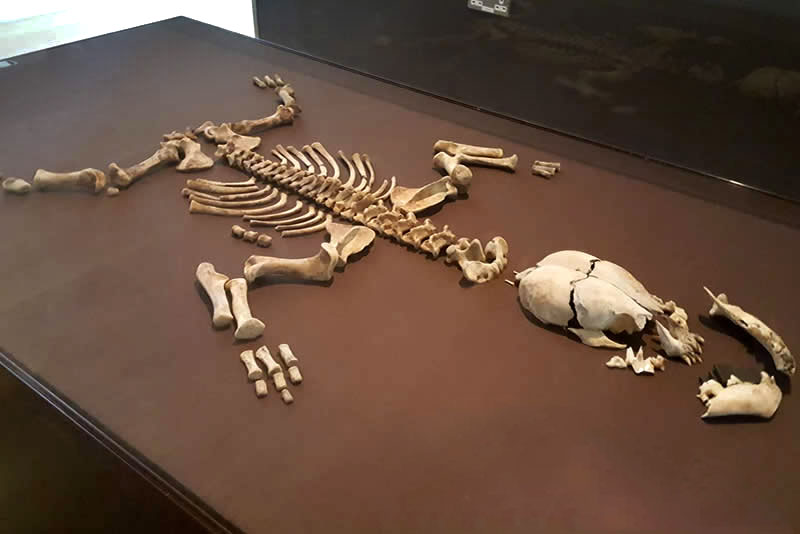 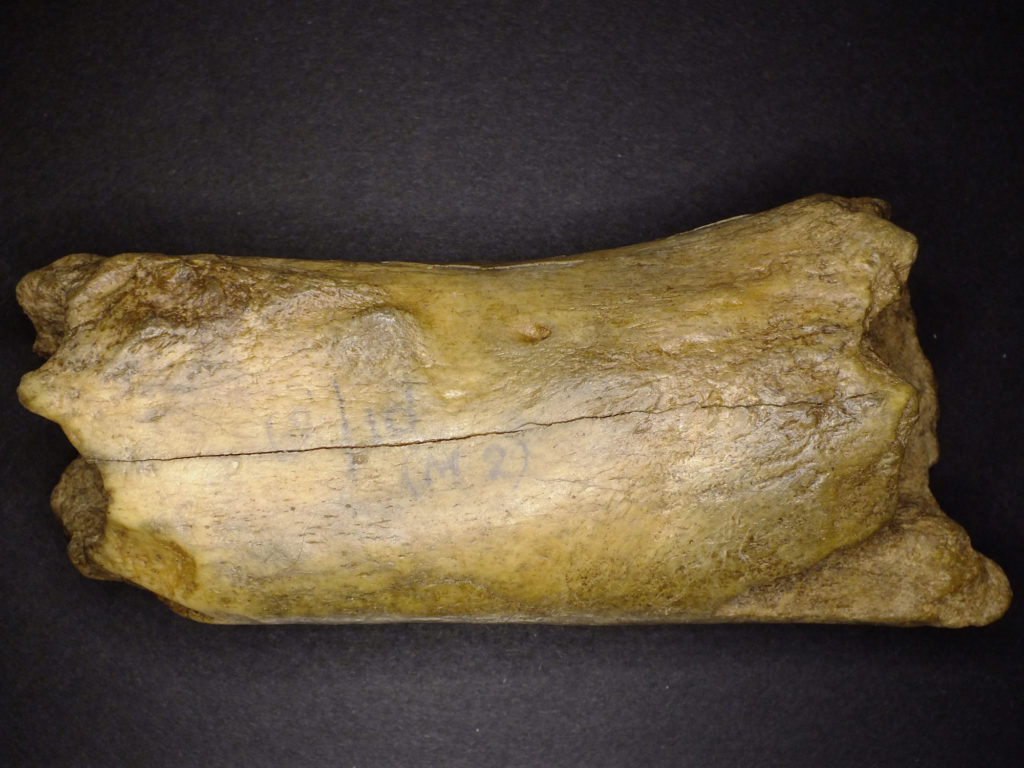 The hyenas were present at the Crags in the last interglacial period, which is about 125,000 years ago, alongside species such as hippopotamus, straight tusked elephants, narrow nosed rhinoceros and cave lions. At this time there were no humans in Britain because they were on the continent and seem not to have made it back before the sea level rose.

But in the middle of the last glacial period (around 60 to 25,000 years ago) when it was cold, but not as cold as full glacial conditions, the hyenas were present alongside a wide range of cold-tolerant species including cave lions, wolves, reindeer, woolly mammoths and woolly rhinoceroses. This period also saw Neanderthals, but whether they were at the Crags at exactly the same time is really difficult to say because of limitations in dating.

During this period we do know the hyenas were using the caves as dens because we have found remains of the hyenas themselves, including cubs, juveniles and old aged adults.

One of the most exceptional finds – from Pin Hole Cave – are the remains of a baby hyena whose skull and skeleton have been excellently preserved, which is very rare occurrence in Pleistocene cave deposits.

We also have a lot of material from adult hyenas, ranging from isolated teeth, post-cranial elements, vertebrae and limb bones and a rare, almost complete skull specimen from Pin Hole – on loan from Manchester Museum – on display in the permanent exhibition we have here.

Today the spotted hyena is a very proficient scavenger as well as a hunter that targets medium-sized herbivores and this is reflected in what has been found in the caves. We have found the remains of horse and reindeer and giant deer and aurochs but also woolly rhinoceros. In some caves many of the prey bones exhibit damage that might be gnawing or digestion where the hyenas have swallowed a bone or tooth and subsequently regurgitated it.

Hyenas were and still are good at tearing apart carcasses quite quickly, and if there was low food availability they could consume bones to get more nutrition. We have evidence of coprolites (their fossil poo) found in Pin Hole Cave, which preserve well because hyenas can digest all but the inorganic portion of bone. Analysis of the coprolite has found pollen, which revealed there was 1% tree pollen and 99% non-arboreal pollen – suggesting that there was a lot of open grassland in the area, which is supported by most other evidence of the last cold stage. Analysis of a coprolite from Coumere, France has even revealed the presence of red deer DNA. 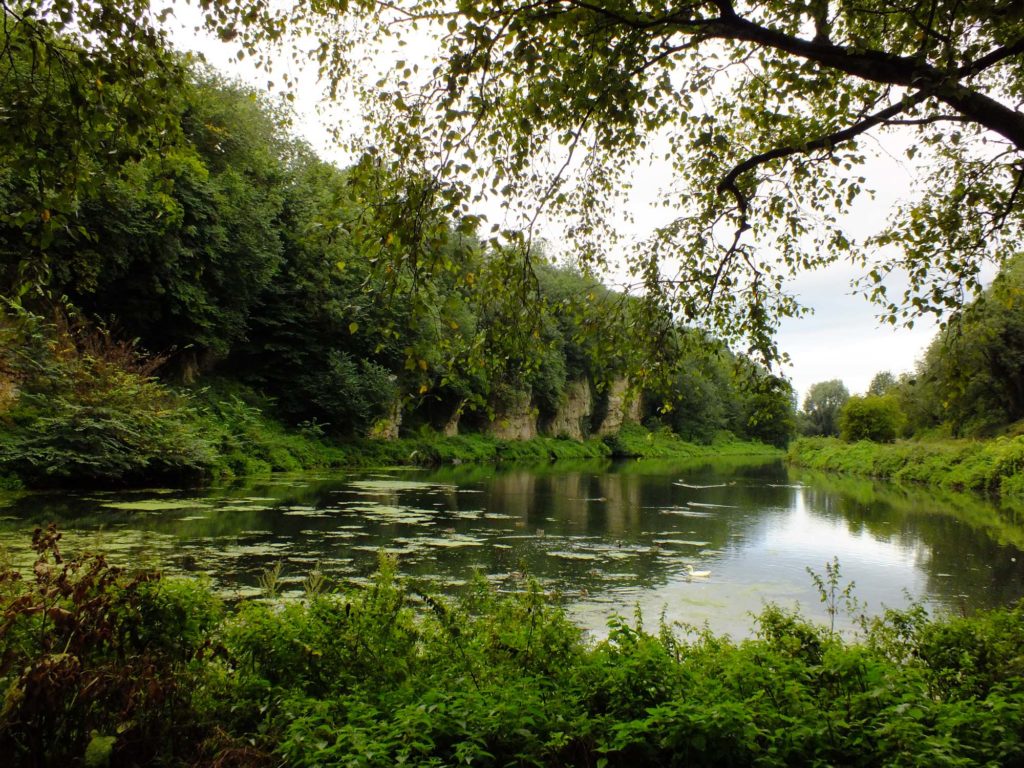 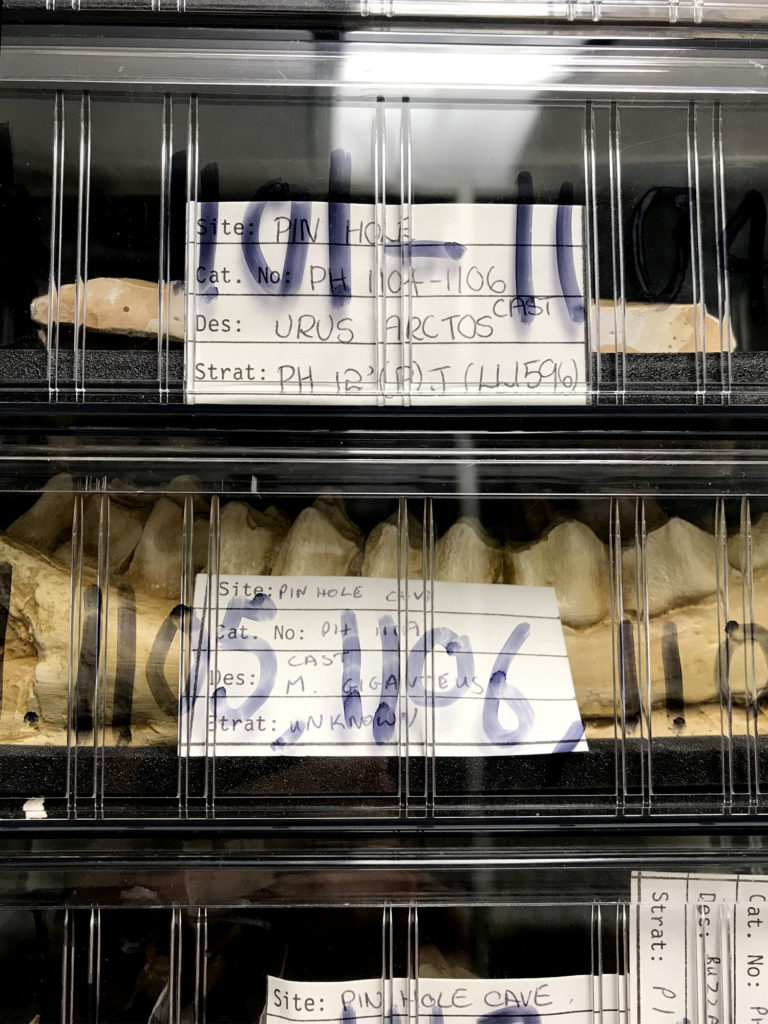 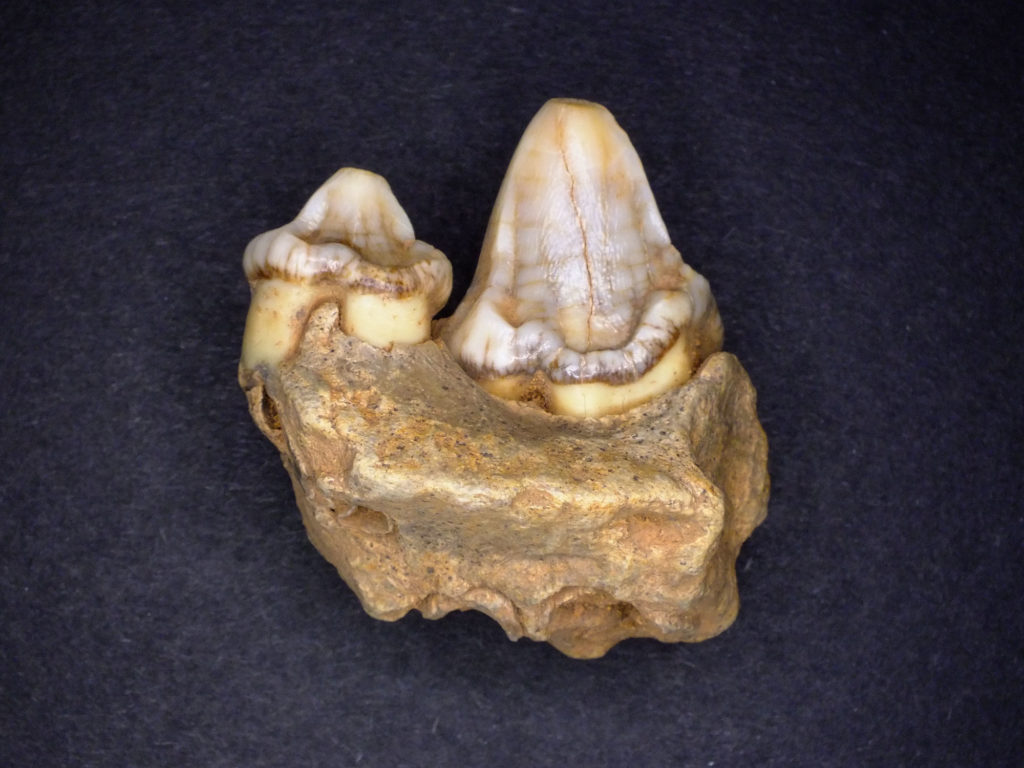 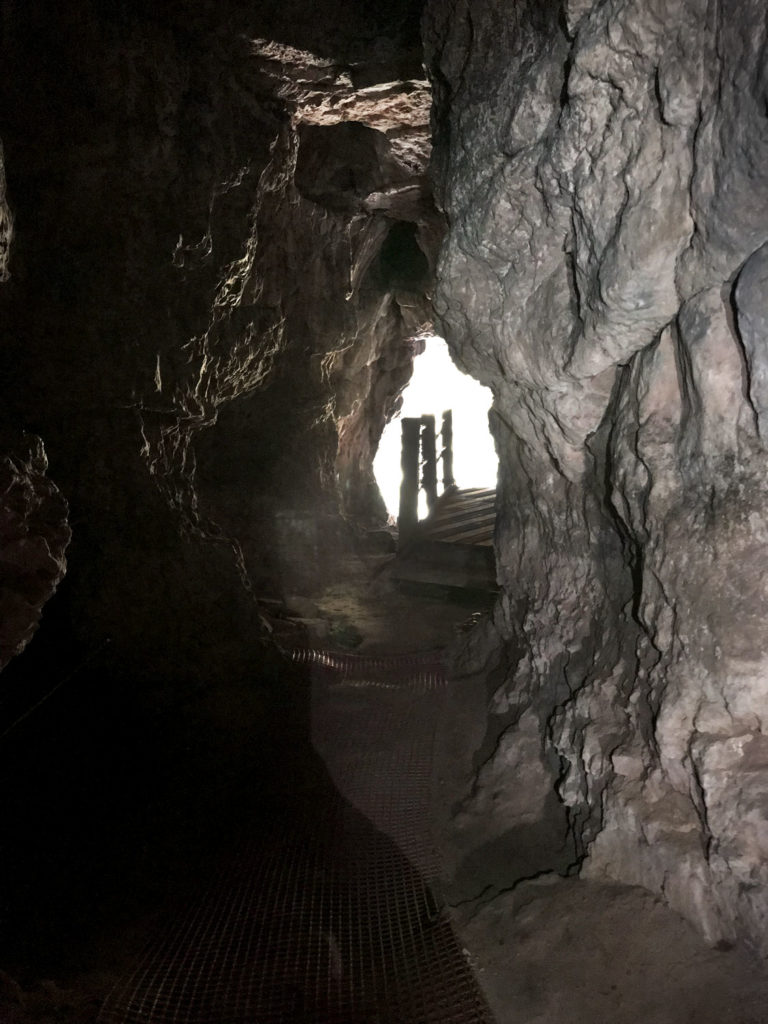 All of the predators and carnivores at the Crags may have been in competition but the evidence from here, as well as from wider Britain and Europe, suggests that hyenas were able to out-compete other species like the cave lion.

They’re a very highly competitive species, and although they eventually disappeared from Europe, they survived for a long time in quite harsh conditions. During the Pleistocene hyenas were a very successful carnivore.

Despite this I believe there are still quite a few negative myths about hyenas; part of which comes from popular culture and films like The Lion King and even some nature documentaries where lions are the charismatic main characters and the hyenas are their enemies.

I don’t profess to understand what it’s like to live with hyenas and create a living alongside them, but their behaviour today is all about survival – just as it was at Creswell Crags during the Pleistocene.

Creswell Crags is a picturesque limestone gorge honeycombed with caves and smaller fissures. Stone tools and remains of animals excavated from the caves by archaeologists provide evidence for a fascinating story of life during the Ice Age between 60,000 and 10,000 years ago. The Museum and Education Centre at the…