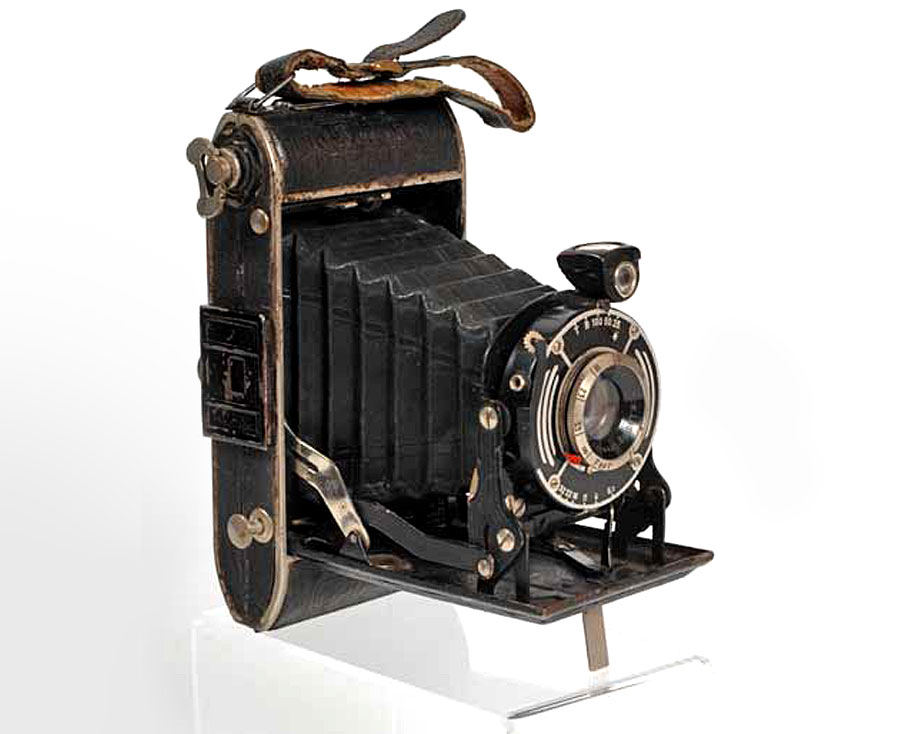 Marking the recent 75th anniversary of the Great Escape we return to a story from the Museum Crush archive and the late Dave Humphrey, then curator of the centenary room at RAF Cosford’s Defence School of Photography, on the story the Great Escape camera

This camera is reputed to have been used to help forge the passes for the escapee POWs in the famous “Great Escape” from Stalag Luft III on the 25th of March 1944.

It was “obtained” by Sub Lt Keep RN, who bribed a susceptible prison guard over many months with chocolate and cigarettes for the camera and other items.

The Balda Juwella Camera was donated to the then-Royal Air Force School of Photography Museum at RAF Cosford in the 1970s, when the late Mr Jack Eggleston was the voluntary curator.

The attached label simply indicated that it was the original camera used to produce the forged identity cards and passes by those taking part in the “Great Escape” from Stalag Luft III, led by Squadron Leader Rodger Bushel in 1944, when 73 prisoners escaped through the tunnel nicknamed “Harry”. 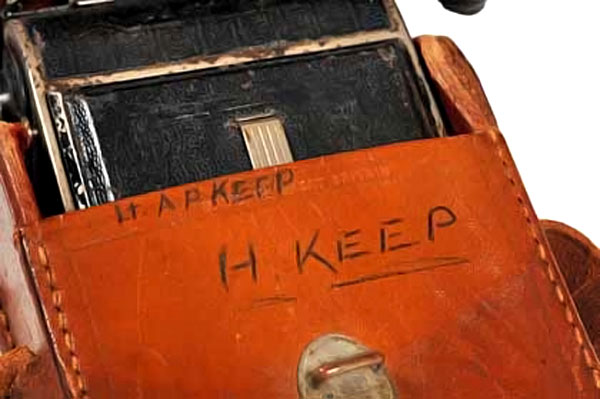 South African-born Squadron Leader Roger Bushell was subsequently murdered by the Gestapo on the 29th of March 1944 along with other escapees – 50 in all – on the personal orders of Adolf Hitler. He is buried in the Commonwealth Section of the British Military cemetery in Poznan, Poland.

I visited Poznan and discovered the grave within the city’s Citadel Fortress grounds, which made me realise the connection with one of the collection’s treasured exhibits. The inscription on the headstone reads:

“A LEADER OF MEN

AND SERVED HER TO THE END” 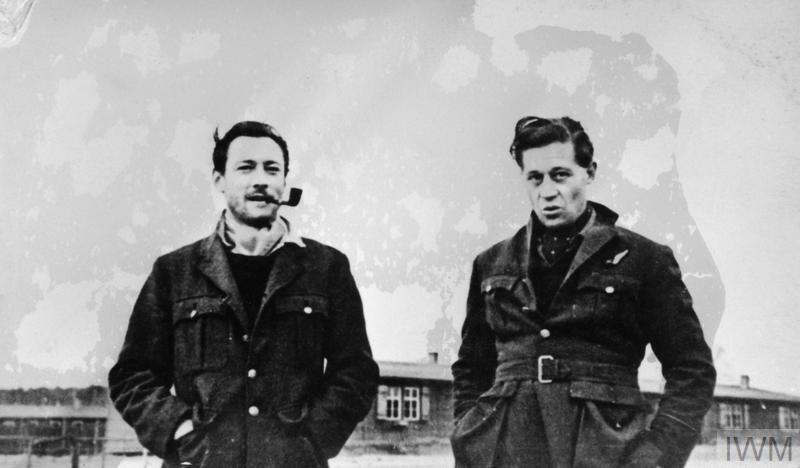 Since then, a further donation to the Centenary Room has also provided astonishing revelations regarding the life of POWs in Stalag Luft III from the grandson, Ryan Harris, of W O Skan, an RAF Observer aircrew shot down in the Channel on August the 3rd 1941. He was rescued by a German sea plane and flown to Amsterdam where he was interned and later became an inmate of Stalag Luft III.

Ryan’s donation is a most comprehensive collection of documents relating to his grandfather’s life as a POW. The collection contains his flying helmet, uniform hat, a diary of daily events during his captivity, dozens of photographs of life inside the camp and many exceptional personal illustrations of events and a detailed diagram of the camp layout.

There are also many authentic and touching letters to his wife and family from within the camp during his four years of captivity until he was released by the allies in 1945.

In one entry of his diary, dated May 17th 1945, soon after his release from Stalag Luft III, on his way to the POW rehabilitation Hospital at RAF Cosford, he writes:

“11.30 pm on the train for Leighton Buzzard to catch the midnight train to Cosford. Arrived at Cosford 5.30 am. Feeling sick, M/O orders me to bed in Hospital for a few days, didn’t feel like going then, but appreciate his decision now. I did not want to go home sick. Anyway, very kind, everyone here. cannot do enough for us. Slept all day.”

Memorial to “The Fifty” down the road toward Żagań. Via Wikimedia Commons (Public Domain)

As well as details of his experiences in Stalag Luft III, after his release and journey home his recovery was at the RAF Hospital here at Cosford.

This contribution completes a circle of unique events which began as a relatively small, insignificant camera donated many years ago.

It has touched my life personally throughout 24 years as an Instructor at the Defence School of Photography and continues to enthral my fascination with the linking of so many events in the centenary of the history of military photography.

Dave Humphrey, who sadly passed away in August 2016, was speaking to Culture24 in 2015 as part of the Defence Through The Lens – 100 Years of Military Photography exhibition, which was at Shrewsbury Museum and Art Gallery until January 10 2016.

Read more about Dave and his career on the RAF Photographer’s Memorial.