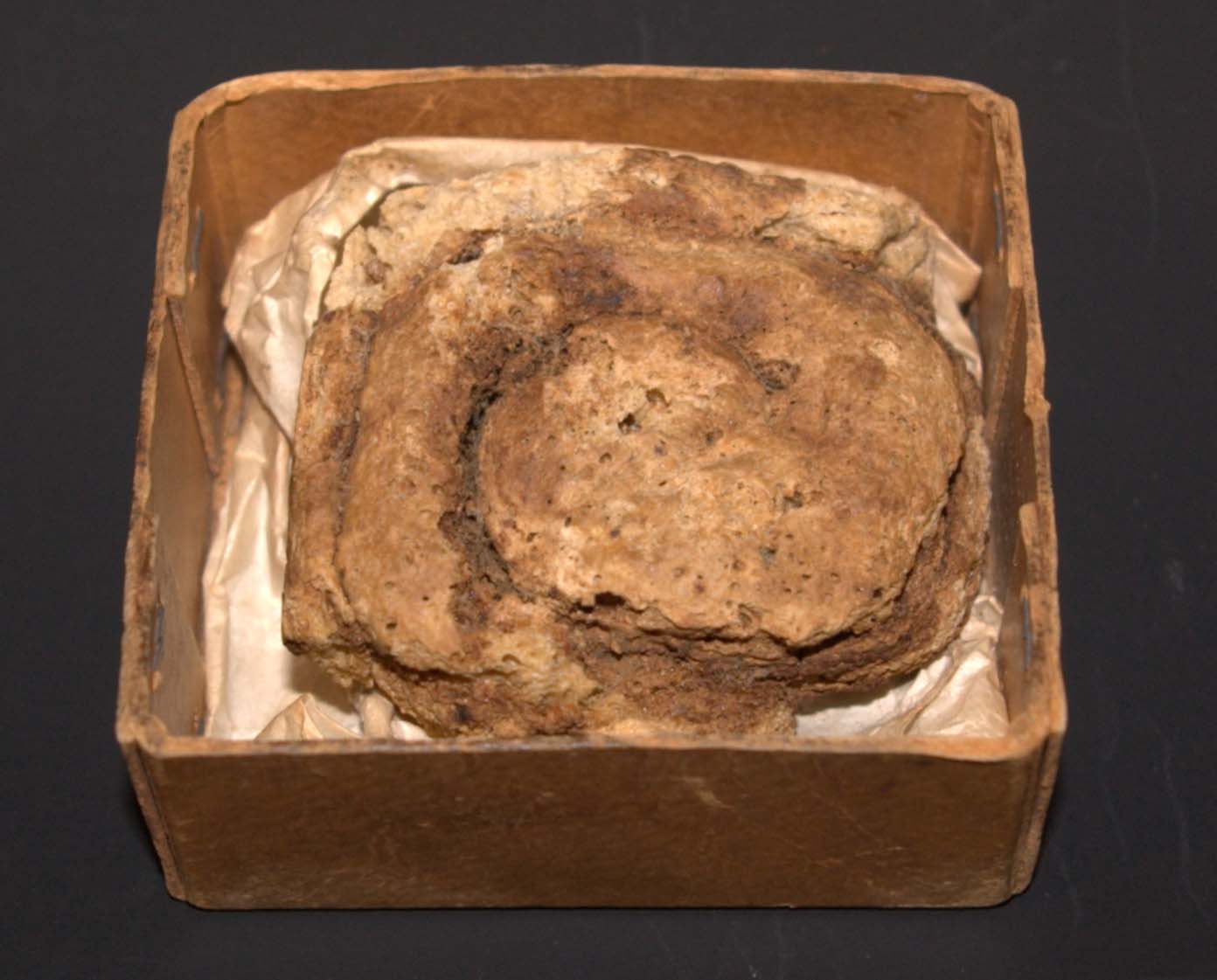 Deborah Jarman, Voluntary Education and Outreach Officer at Leominster Museum, tells the story of a treasured family memento and museum object: a Chelsea bun that travelled to the trenches of the First World War and back again

The bun came to the Museum some time before I joined the volunteer team, but I do know that it was donated by the woman who sent it in the first place, Lily Poston, the sister of local soldier Alec Hodges.

Alec had volunteered for the Machine Gun Corps when Lily bought this Chelsea bun from Mrs Pewtress’s bakery in Leominster in 1916 and sent it off to him. During the First World War the post was so good you could send things to soldiers in the trenches in France and Flanders and know that they would get there in a couple of days.

But Alec had been badly wounded just before it arrived and he was moved around from one field hospital to another and then shipped back to Britain where he spent a very long time in St Thomas’ Hospital in London.

The bun apparently followed him round and was eventually sent back marked “return to sender”. Lily was so touched by the fact that it had come back to her that she kept it at home for most of the rest of her life and eventually gave it to the museum some years ago, before she died. 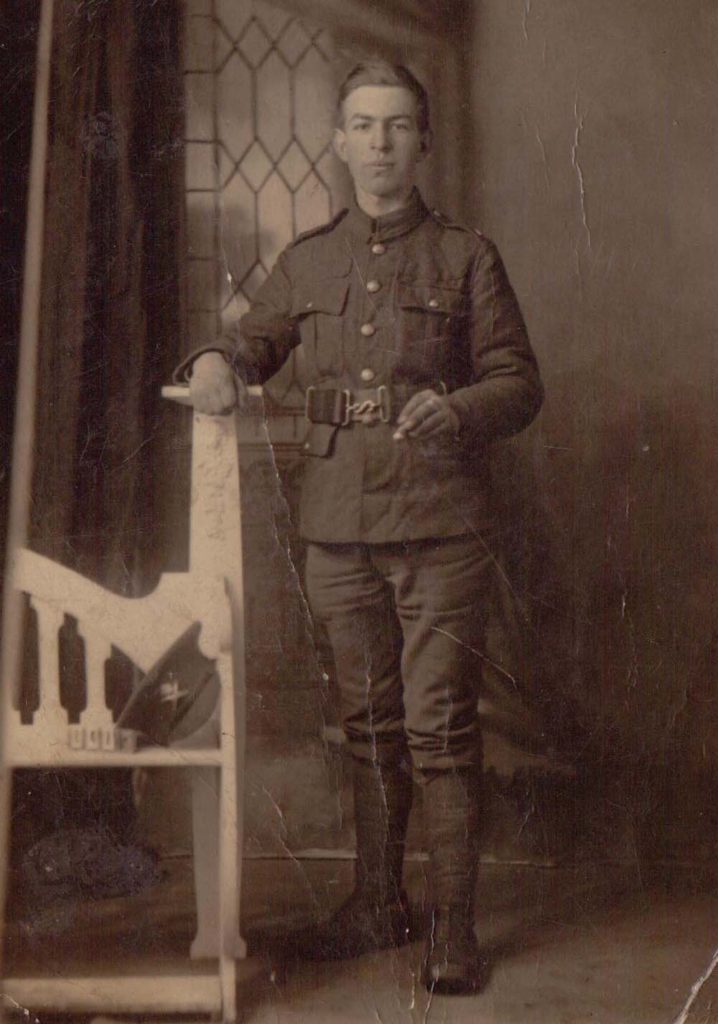 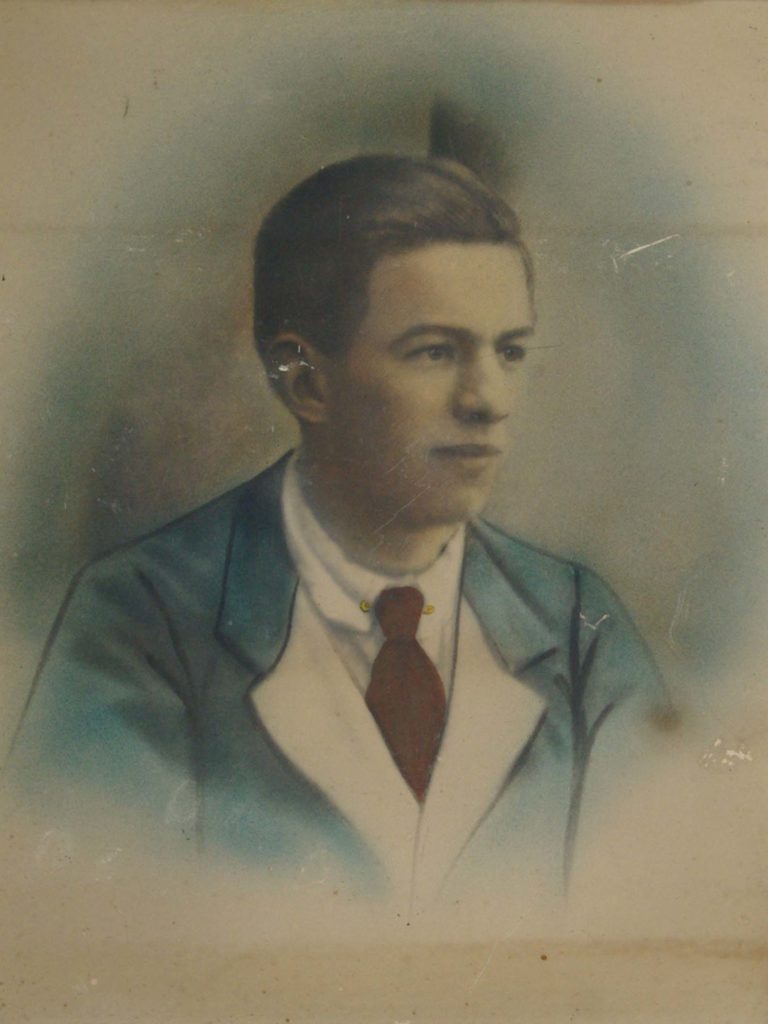 It’s always been one of the things that people who visit the museum tend to remember, because it’s so bizarre. It looks like nothing on earth, it’s not a pretty thing, but it’s popular because of the story behind it.

The family legend is that Alec was injured at the Somme but I was also told that he was injured at the Battle of St Julien. He was certainly injured in very fierce fighting in a trench on the Western Front and his pelvis was very badly damaged.

He spent a long time in St Thomas’, which in terms of First World War casualties was known as Number 5 London General Hospital, and he was eventually invalided out of the army and came back to Leominster, married and had four children, two of whom still live in the town.

He then ran a grocer’s shop for some years and then for the rest of his life he was a cobbler. There are many older people in Leominster today who still remember Alec mending their shoes , but like many men who experienced what he did, he didn’t talk much about his time in the war. 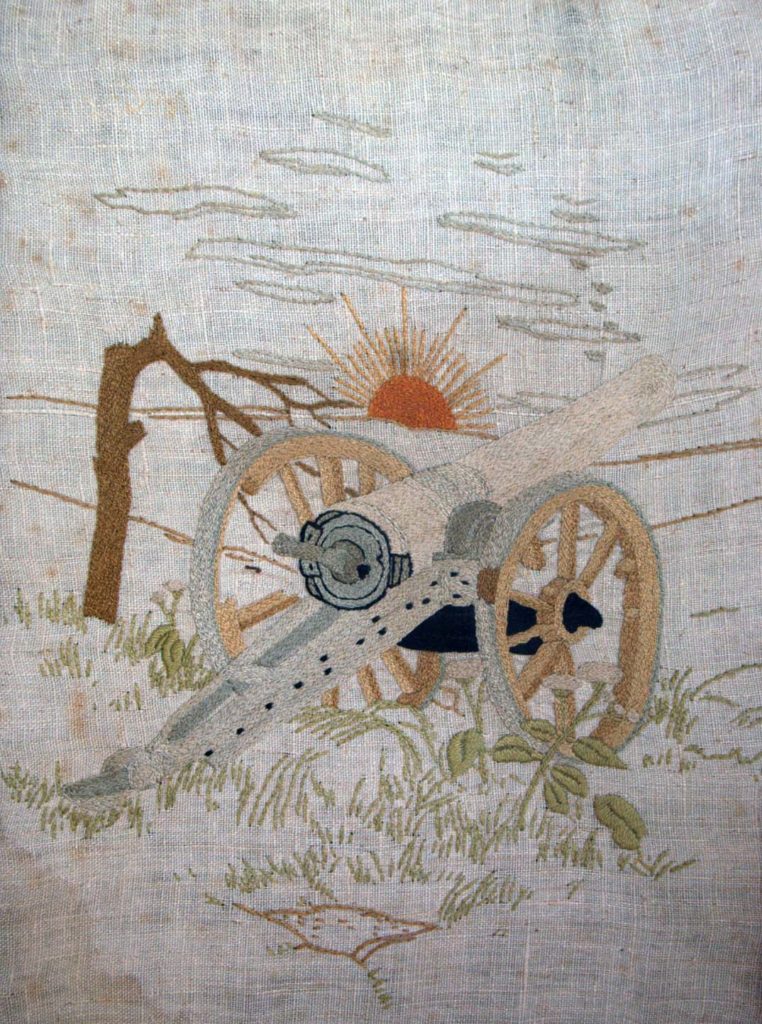 One of Alec Hodges’s embroideries made at St Thomas’s Hospital. Courtesy Leominster Museum

We have a photograph of the grocer’s shop, a picture of him as a cobbler and also a First World War portrait in his hospital blues, which was an official Army uniform of trousers and jacket in a kind of light blue flannel with white lapels worn by casualties when recuperating.

We also have one of the embroideries he did – the regimental badge of the Machine Gun Corps – when he was in St Thomas’. The establishment of workshops in many British military hospitals during the war was one of the foundation stones of the development of occupational therapy as a formal discipline in the 20th century.

Alec also produced an embroidery of a broken artillery piece against a setting sun, which is lovely.

But I think the Chelsea bun is a beautiful example of how something seemingly trivial can carry so much history and so much emotional baggage with it. It’s an amazing object because of the story behind it, even though it really isn’t very much to look at, at all. 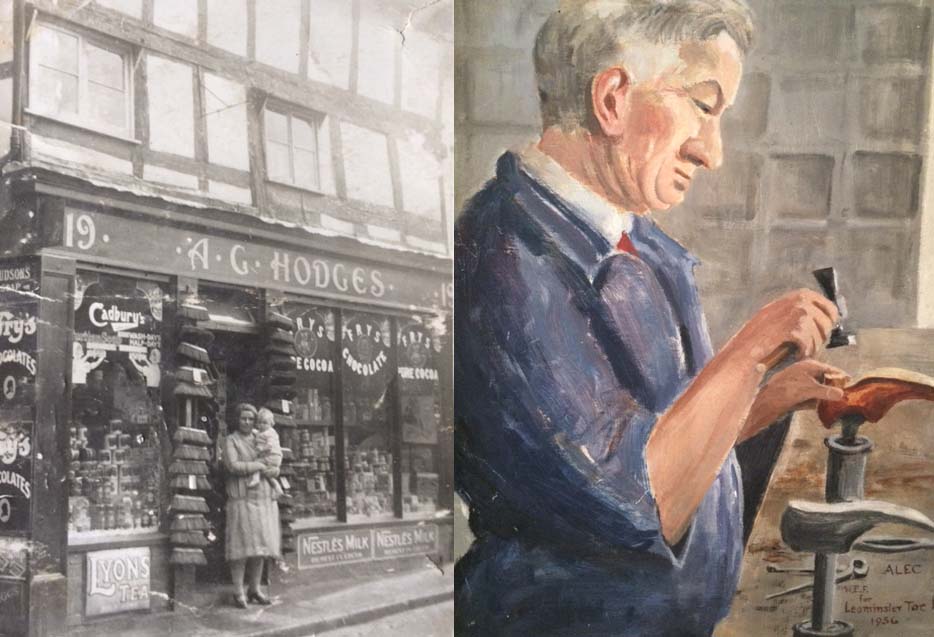 Often with objects relating to soldiering and wars it’s the personal things like this that carry so much emotional power. When I think of things within my own family, for all my childhood I used one of my father’s army socks from the Second World War as a Christmas stocking. Its power lies in the story.

To me telling stories like this is what museums and certainly what small, local museums in small towns should be doing. Objects can provide the starting point for all sorts of adventures. As one of the people who took part in our guided trail about the bun story in 2016 said: “What a brilliant way of bringing history alive!” It gives it added value and that’s what draws people in.

Leominster Museum tells the story of Leominster and its people from pre Roman times to the present day. The collection comprises artefacts, pictures, photographs, postcards and documents, including an important collection of paintings and drawings by famous Leominster Victorian artist John Scarlett Davis. The museum archive is available for research purposes, and the museum has education as the core of its activities. Email: info@leominstermuseum.org.uk Phone: 01568 615186
Website: www.leominstermuseum.org.uk

Small accredited museum covering the history of the ancient town of Leominster and its surrounding villages. Entirely volunteer run; closed during the winter months.