The idea of the memento mori – in the form of a skull design on a ring or jewellery to remind the living of the omnipresence of death – persisted from at least the 1500s and there is evidence that in classical times skulls were used to remind people of ‘where they were going’ during feasts.

But these death’s head or funeral spoons are believed to have been made for presentation to members of a deceased person’s family during the 17th century.

Relatively few remain, probably because they were rather gruesome and were not kept for long.

The spoon on the left was made in York by Thomas Mangy in around 1666. The reverse bears the Arms of Crompton of Driffield, East Yorkshire.

The one on the right, was made in 1667 and is also a silver spoon with a shallow bowl, engraved on the front of the stem with ‘Live to die’, with the reverse reading ‘Die to live’. On the top of the stem is a small engraved skull and on the reverse the Arms of the Strickland family of Boynton Hall, near Bridlington, East Yorkshire. 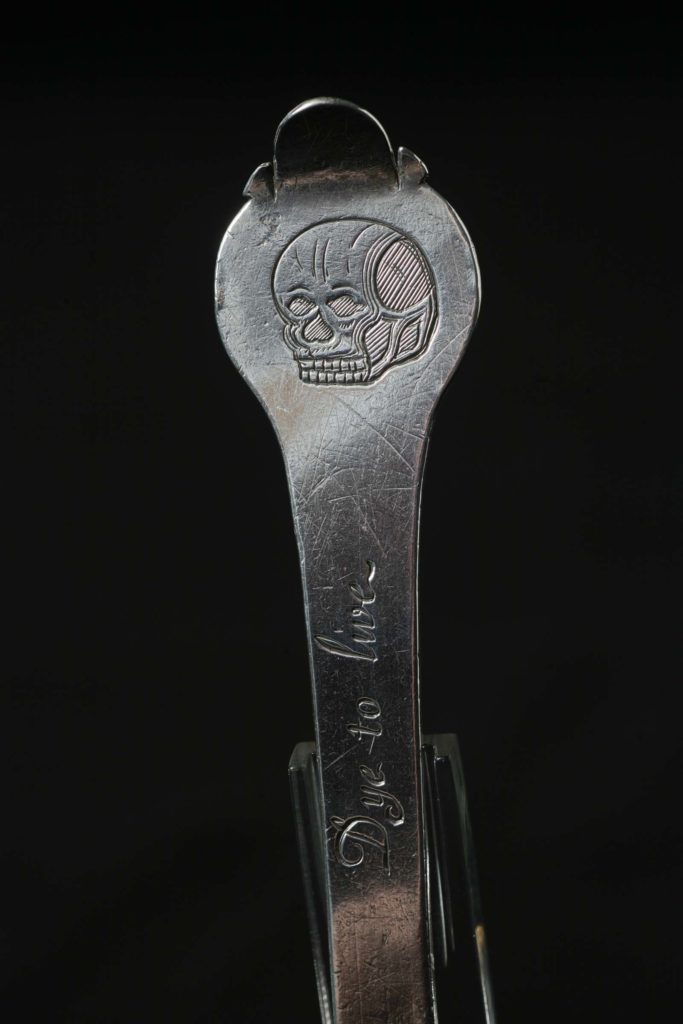 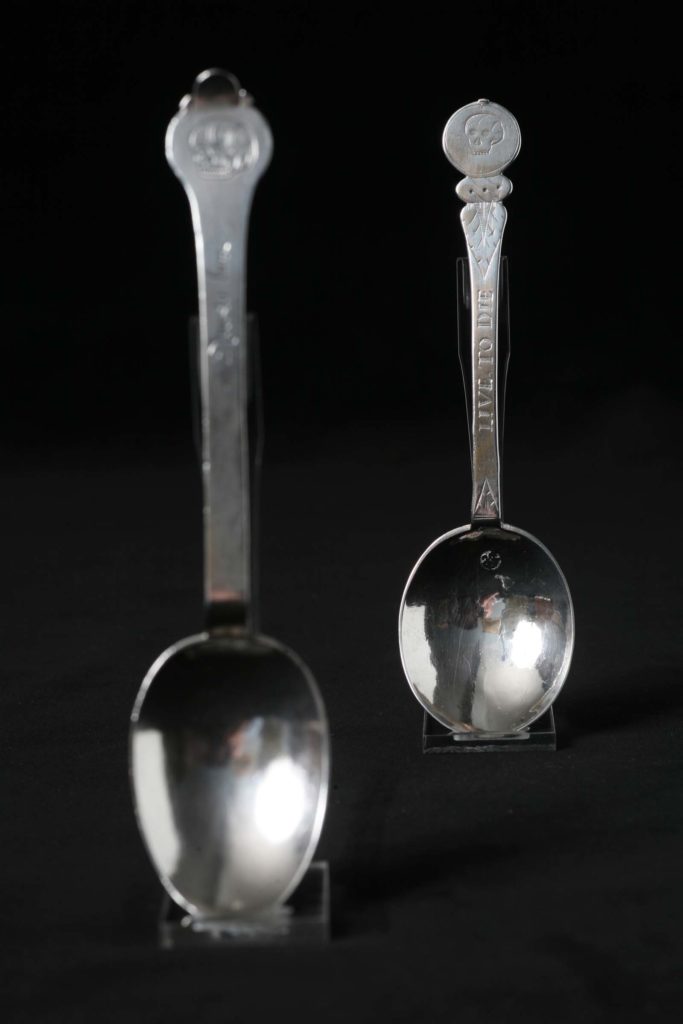 The idea of perfecting your character and living a good life, as everything is transient – especially earthly goods and pleasures – seems to have been particularly relevant to a number of wealthy merchants of the York Company of Merchant Adventurers during this time.

The time of their manufacture – coming after the cataclysm of the English Civil Wars and the beginning of the final outbreak of the bubonic plague in England – might also offer a clue as to the mindset of their owners.

It’s also worth remembering that vanitas still life paintings, filled with contrasting symbols of wealth and death to remind the viewer of the ephemerality of life, were also common in Low countries of the 16th and 17th centuries.

The painting of a Merchant dating to around the same time from the Merchant Adventurers’ Hall in York, where the spoons were displayed in 2015, shows his hand resting on a skull. If you look very closely, there is also a miniature skull on his signet ring.

It appears that the Memento Mori (Latin for ‘remember (that you have) to die’) was very much ‘alive and well’ in the minds of the merchant classes in late seventeenth century England. 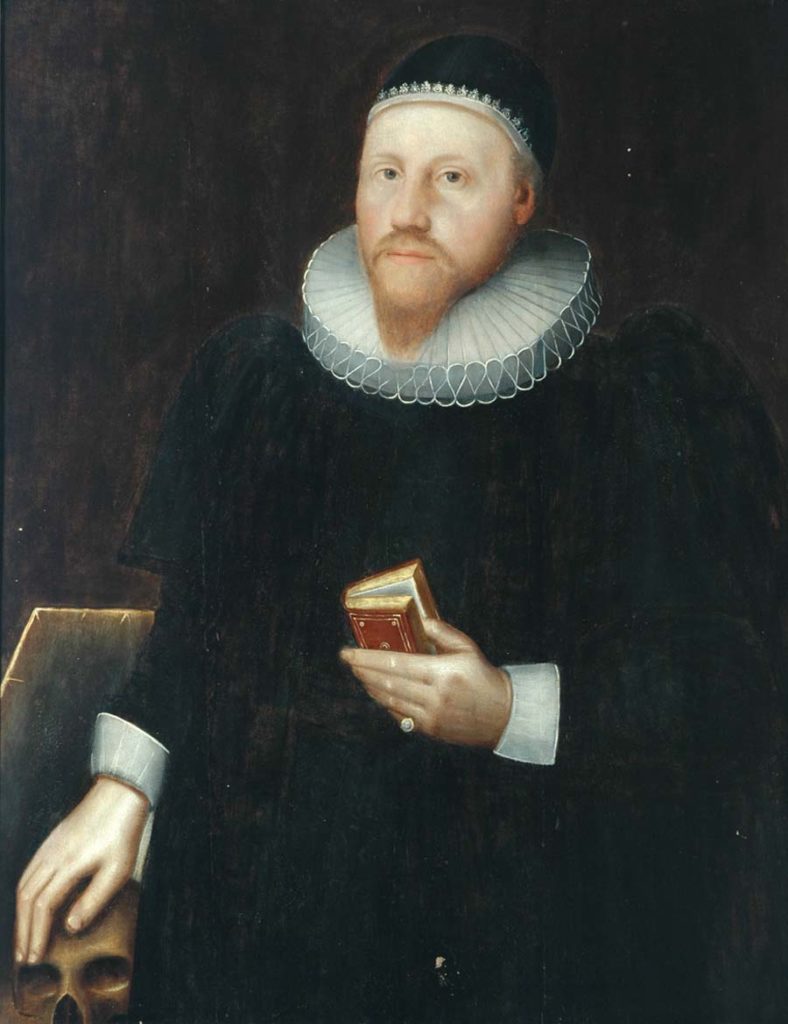 The Merchant Adventurers’ Hall is one of York’s medieval marvels. Set in beautiful gardens, it is open to the public as a museum, wedding and hospitality venue and meeting place some 650 years after construction began in 1357. It is very unusual to be able to see in one building…