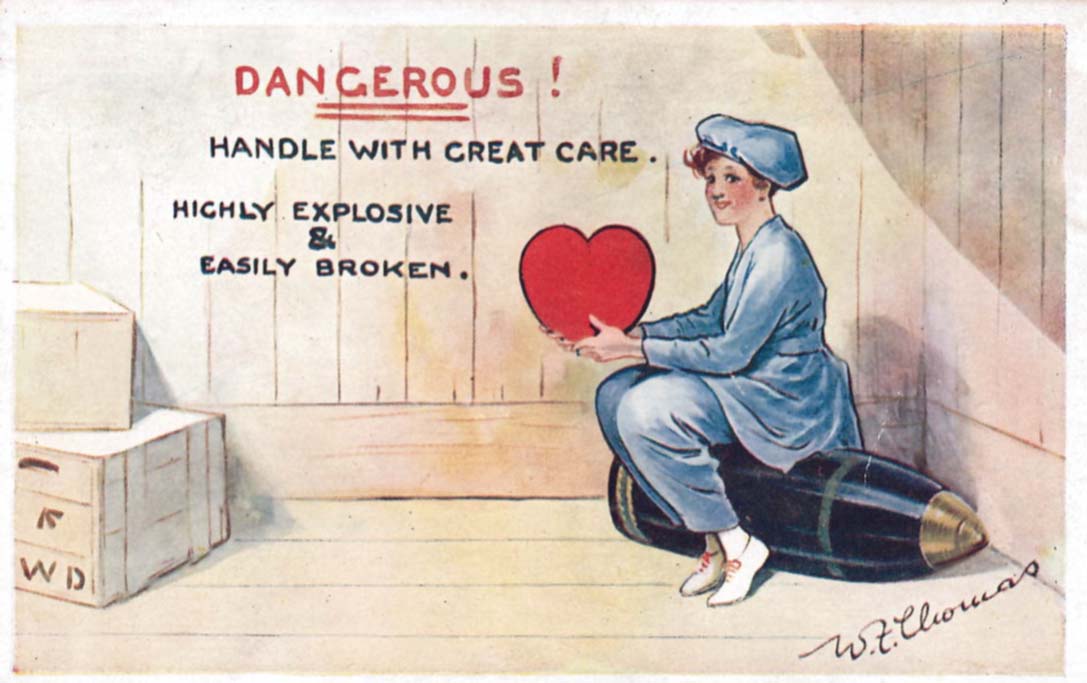 So many people found love in wartime munitions factories during the First World War that comic postcards were even printed about the phenomena. At HM Factory Gretna, known as ‘the greatest weapons factory on earth’, the war brought huge changes to the 12,000 women workers who toiled in the vast sprawling industrial site based over two locations at Eastriggs and Mossband near Gretna on the Scottish Borders.

During the war, the Eastriggs factory site, near to where the Devils’ Porridge Museum is now based, was nine miles long and two miles wide. At its height of production it employed 30,000 people, 12,000 of whom were women.

New settlements emerged to serve this burgeoning workforce and the townships of Eatsriggs and Gretna were built from scratch for the new population of factory workers – as planned towns built along Garden City principles.

The Devil’s Porridge Museum, which gets its name from the author Sir Arthur Conan-Doyle who witnessed the noxious brew of cordite propellant that the workers stirred into great vats, often with their bare hands, tells the story of the factory and its workers. As well as mixing the devil’s porridge the female workforce did everything from shovelling great mounds of nitric acid to packing the shells that were destined for the front; all of it was dirty and highly dangerous work. 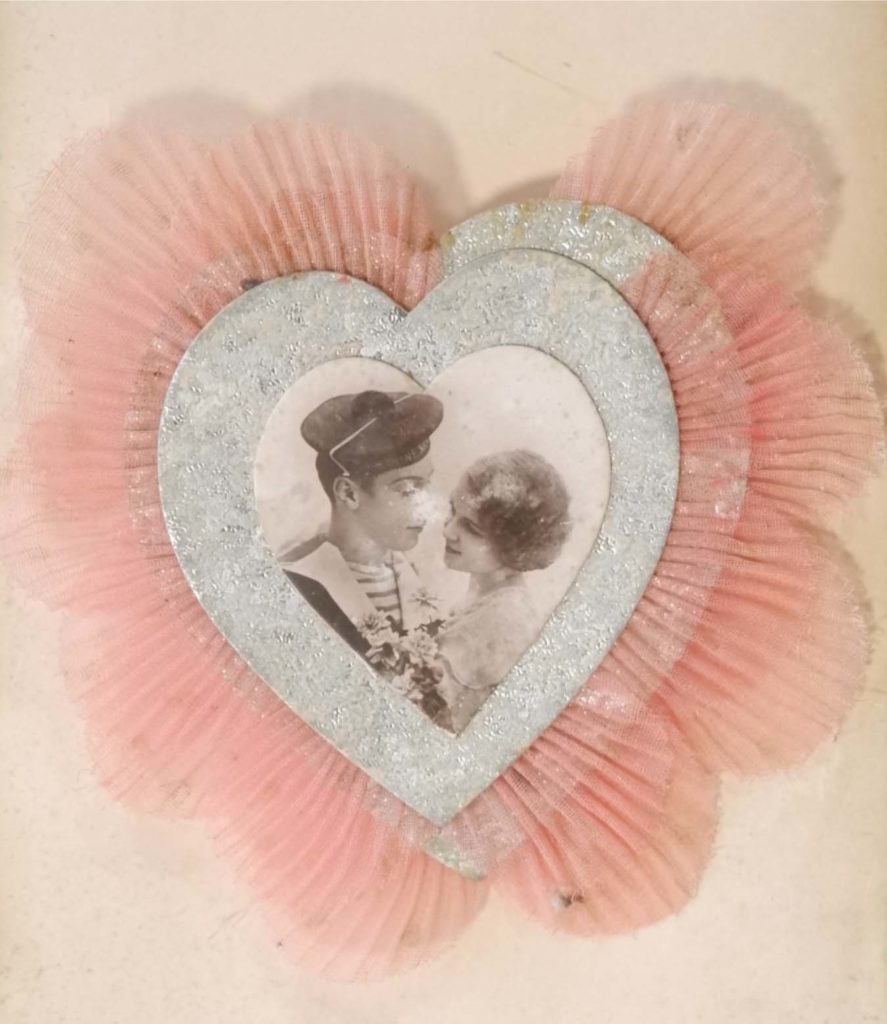 a valentines card on display in the exhibition. Courtesy The Devil’s Porridge Museum 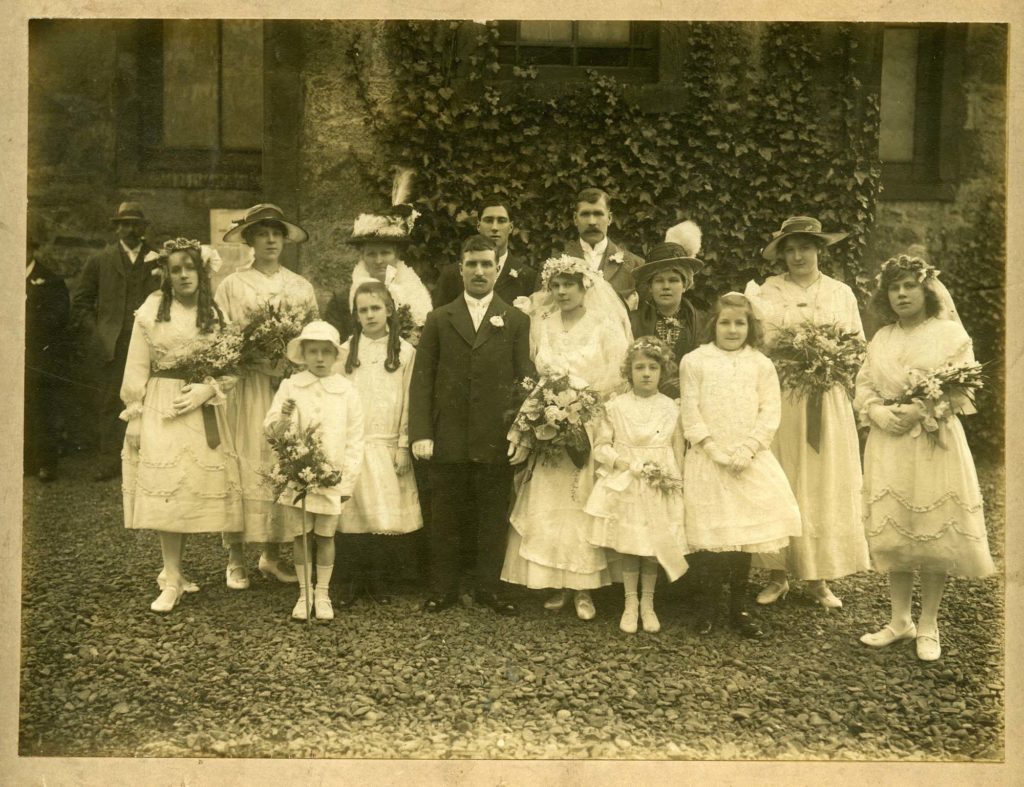 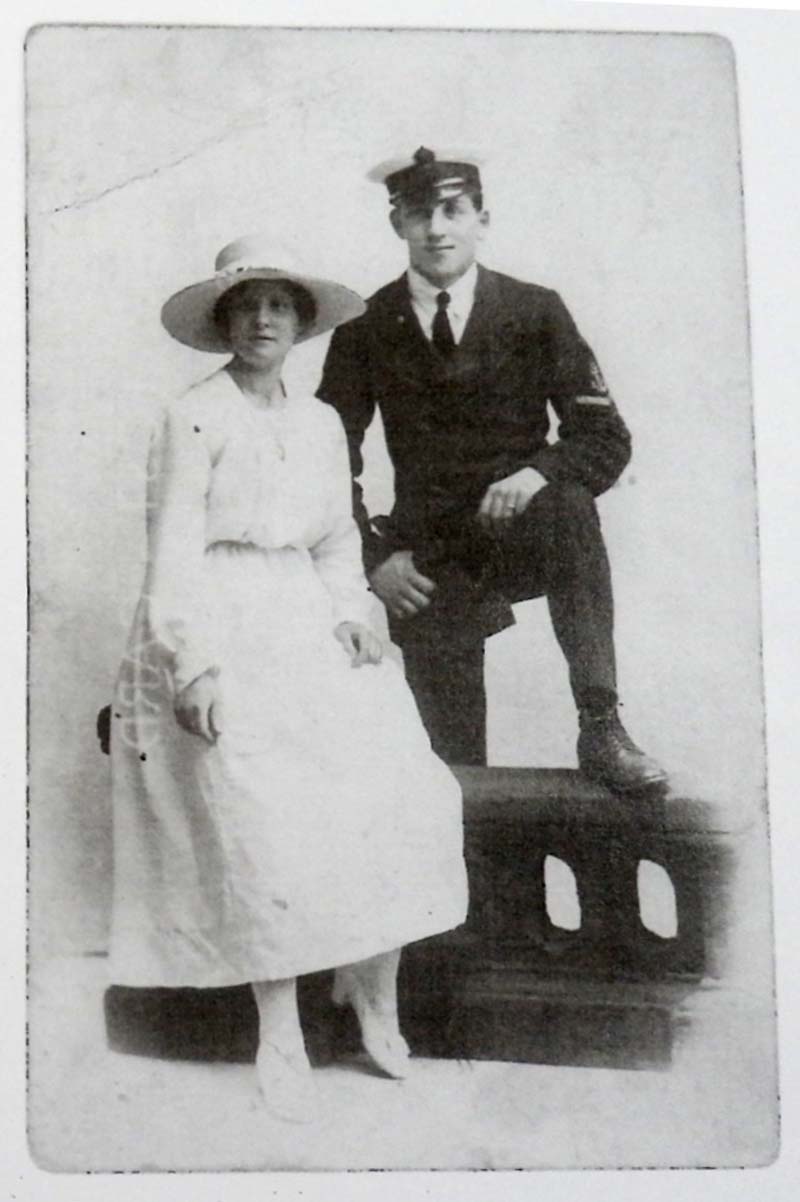 But, as is always the case, love managed to flourish amidst the cordite and the cannon fodder.

Museum Manager Judith Hewitt joined the museum in September 2018 and it was one of her first tasks that revealed the scale of the museum’s archive relating to the love lives of the factory’s workers.

“I went through our object store to double-check on all the locations, and while I was in there I kept coming across all these wonderful postcards from World War One,” she says.

“Some were very sentimental with poems and beautiful imagery, addressed to different people, some locally and some from further afield, and then there were also some beautiful Valentine’s day cards. Others were quite historical and involved religious imagery and coping with grief. But they all resonated with me.”

The museum’s location – just five miles away from Gretna Green, home to the old blacksmith’s shop where people went for runaway weddings, added another poignant connection to this haul of romantic ephemera. But it was the strong connections, bonds, marriages, tales of love and loss that made Judith realise that here was a collection that told a local story that transcended geography or locale.

During the First World War the factory soon became renowned as a hot bed of romance; one of the postcards in the collection makes the point that the only type of match allowed in a munitions factory is a romantic one. And as she got to know more about the history of the local area and delved deeper into the museum’s archive, more and more evidence emerged of men and women working together in close proximity, away from their families or local area for the first time. With money in their pockets and recreational facilities like dances and cinemas available to them, they were finding love in the factory.

“One of our volunteers is in his eighties and in my first week here I listened to him do a talk to a coach party,” says Judith. “He was telling them about his family. His mother worked in the factory here as a supervisor and his father was from Stoke-on-Trent and had some issue with his eyes that meant he was unfit for military service, so he was instead put into munitions work. They fell in love, got married and stayed in this area and built a life here. And now their son volunteers at the museum.” 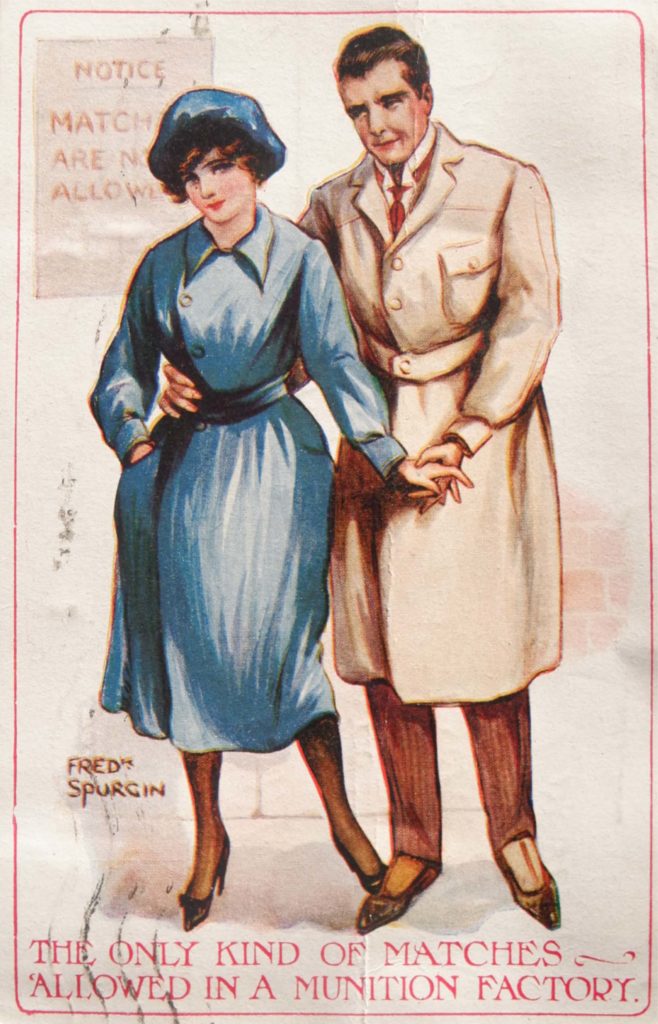 a postcard on display in the exhibition. Courtesy The Devil’s Porridge Museum 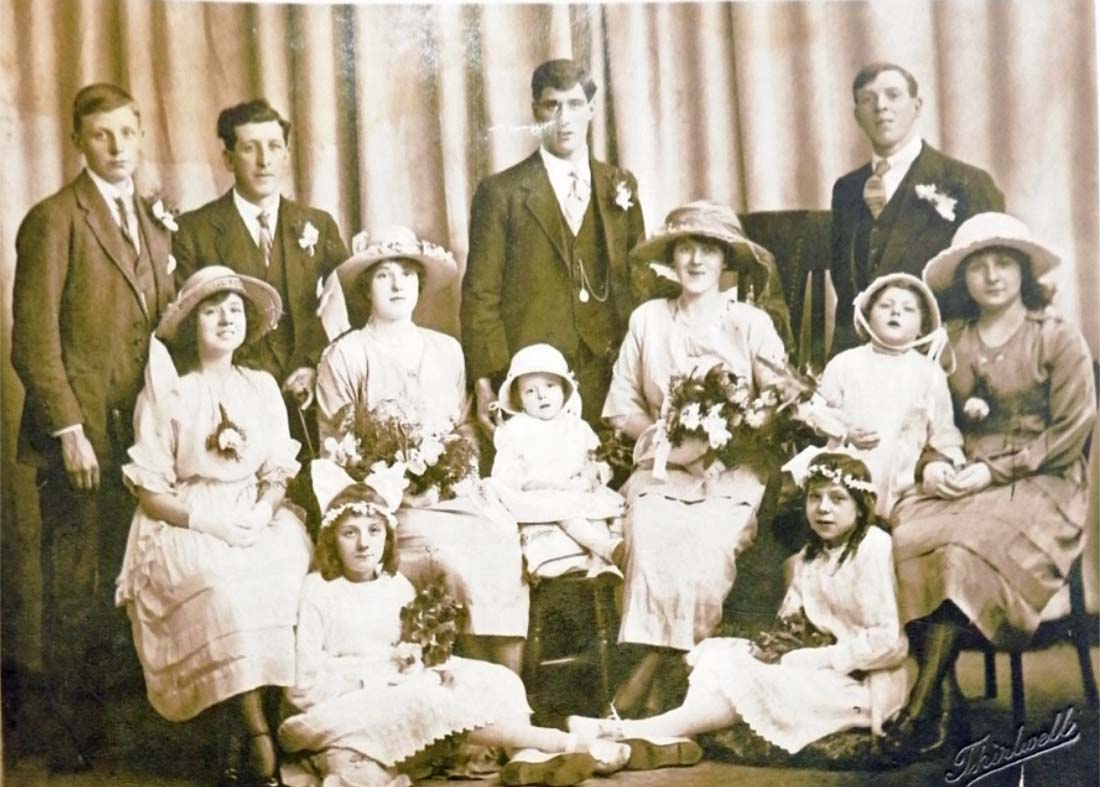 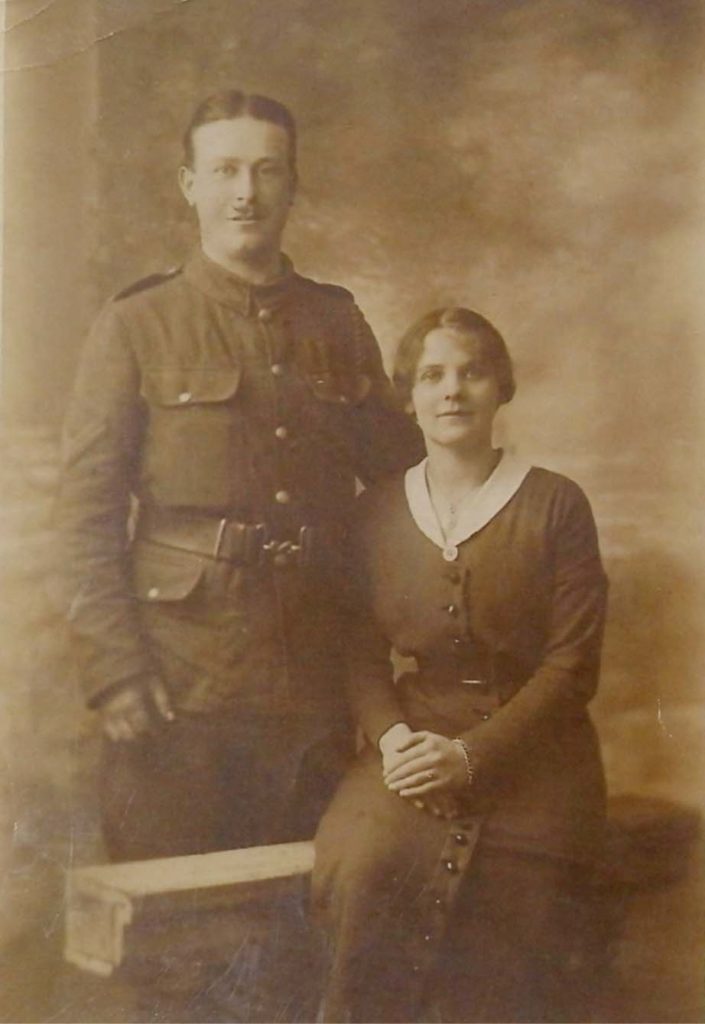 An old filing cabinet yielded more evidence – in the form of a stash of letters sent in by people who had visited the museum over the decades and had then had written in to reveal how their parents or grandparents had met at the factory.

Many of the accounts, oral histories and family reminiscences have now made their way into the exhibition.

There was Norman Hudson, a chemist who came from Sydney to Gretna to contribute to the war effort. He met Margaret or Meg Mortimer and at the end of the war they were married and lived out their lives in Australia.

Minnie Morton was 16 when she and her sister Alice moved to work at the factory from their home in County Durham. While she was there she became close friends with Lily Hurst and married Lily’s brother Joe. The couple set up home in Eastriggs and lived in Rand Square.

“What’s interesting about Eastriggs in particular is it’s known as the Commonwealth Village,” says Judith, “because so many people came from across the empire to work at HM Factory Gretna, and they named all the streets in Eastriggs after the different places they came from. So we have Delhi Road and Vancouver Avenue and Dunedin and The Rand etc…”

This being wartime, there were also some tales of tragedy that emerged from the archive. Elizabeth Anne Storey (or Bessie) was born in 1897 and died in 1982. She moved to Gretna in 1916 when she was 18 and in August 1918 she married William Orwin Hall whose war service saw him survive voyages around New Zealand, Australia and the Far East only for him to succumb to Spanish flu in October 1918 at Scapa Flow where he died very quickly. It’s thought that Bessie never saw William again after their wedding day.

As well as letters and photographs, objects in the exhibition include a “beautiful” World War II wedding dress that pushes the Make Do and Mend ethos to its limits by being made out of net curtains. Another wedding dress, together with marriage certificate, proclamation, banns and even the bills from the reception come courtesy of a museum volunteer whose mother married locally and whose great aunt worked in the Ordnance Factory.

“One got married in World War I, one in World War II and now their ancestor works here,” says Judith, “it’s those sorts of connections and stories that I just wanted to bring to light.” 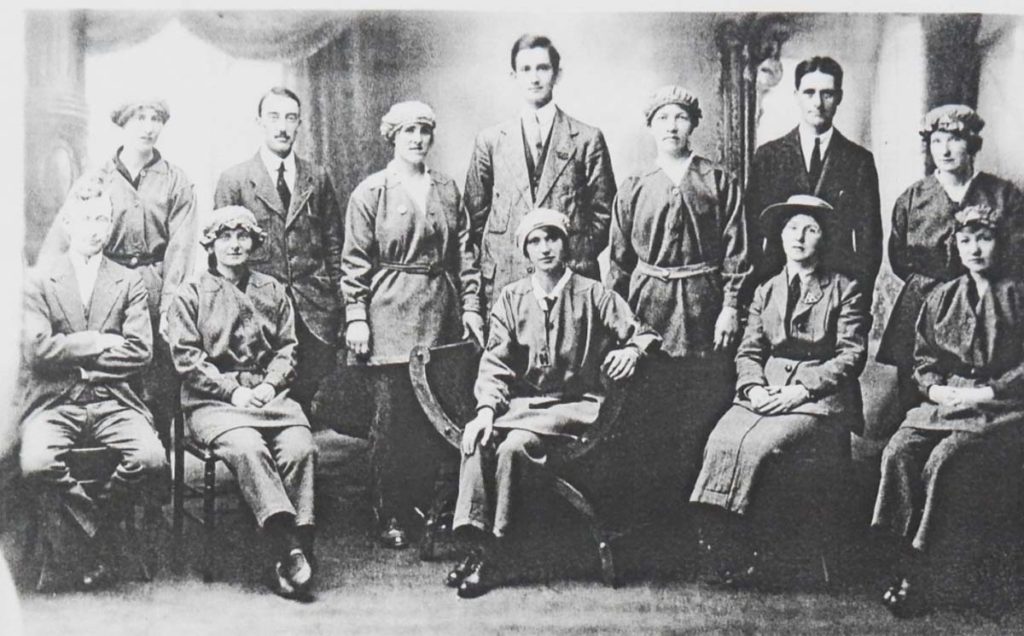 Norman Hudson and Margaret Mortimer (seated) centre. The couple married and moved to Australia after the war. Courtesy the Devil’s Porridge Museum 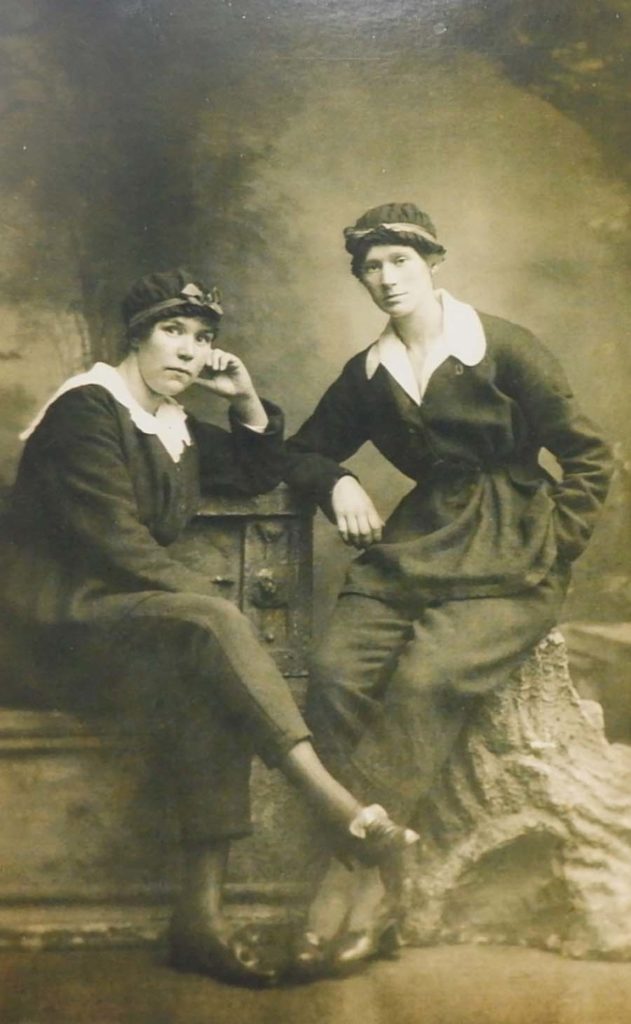 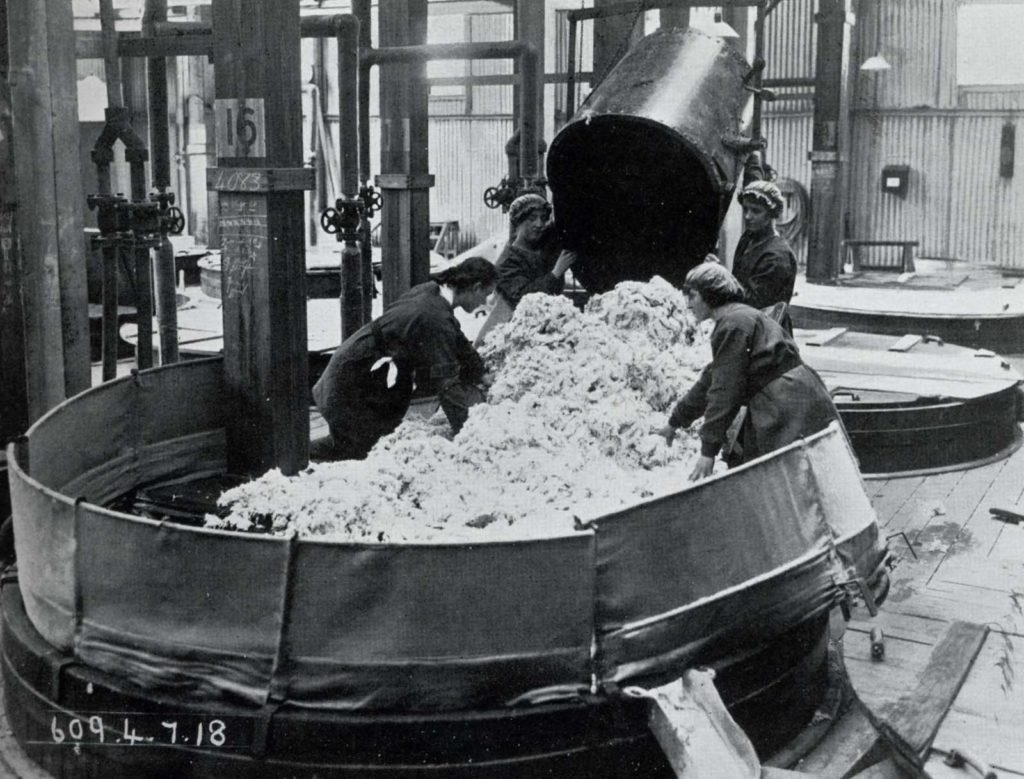 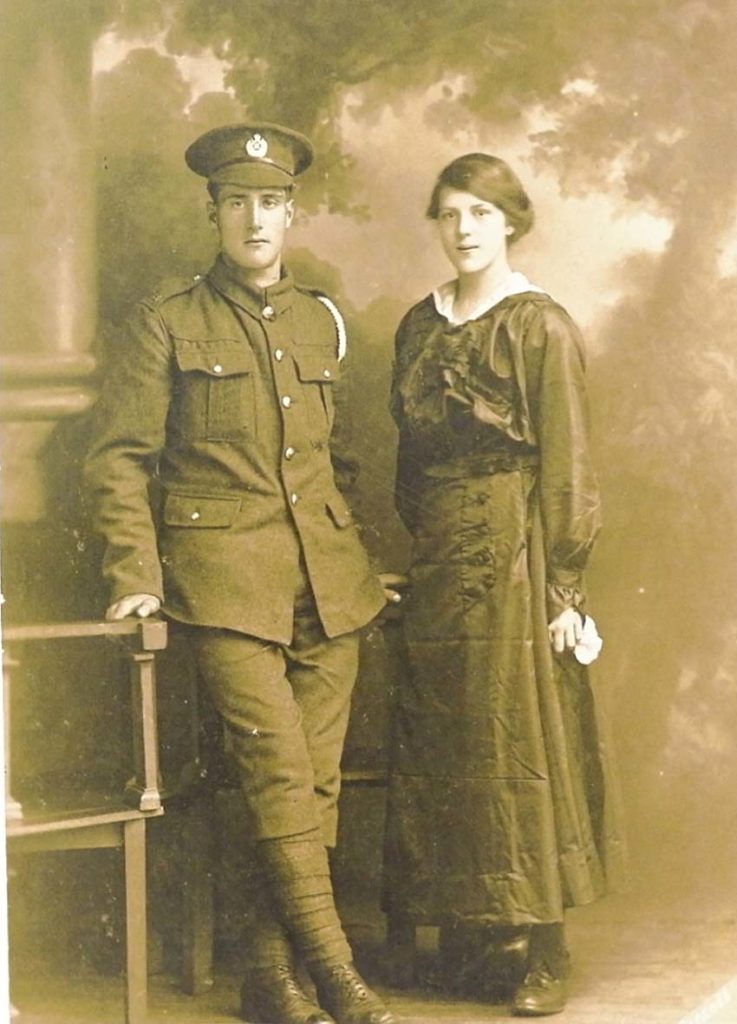 Most local museums are community museums in some way, but because there is such a strong focus on the collective experience of the factory, the connections with the local community are particularly strong at the Devil’s Porridge Museum.

“I think one of the reasons is because it offers a very tangible connection with the past. It’s very visible,” says Judith, who has conducted tours of the deserted factory site at Eastriggs, which is now a post-industrial wasteland of roofless, abandoned brick buildings still owned by the Ministry of Defence.

“It is not just about work or warfare, it’s about the whole life of people”

“It’s really quite ghostly and eerie,” she adds, “but you can’t go round it without seeing deer, pheasants, rabbits and hares, and because it’s on the Solway it gets quite a lot of wild fowl as well – it might end up becoming a nature reserve on day, who knows?”

Nature may be reclaiming the once bustling factory that fuelled the slaughter of the First World War but the Devil’s Porridge Museum is here to tell its story and those of the people who once worked there.

“So many people just love sharing the stories,” adds Judith, “a lot of history can be quite negative and depressing and it’s quite nice to see something that in many ways is positive. It is not just about work or warfare, it’s about the whole life of people and the fact that people fell in love and built homes together and had children and experienced joy even amongst all the trauma of war.

“I think that’s quite an optimistic message – because people aren’t just work, they aren’t just in the public sphere, there’s always that private aspect to them too, and I think this exhibition completes the picture.” 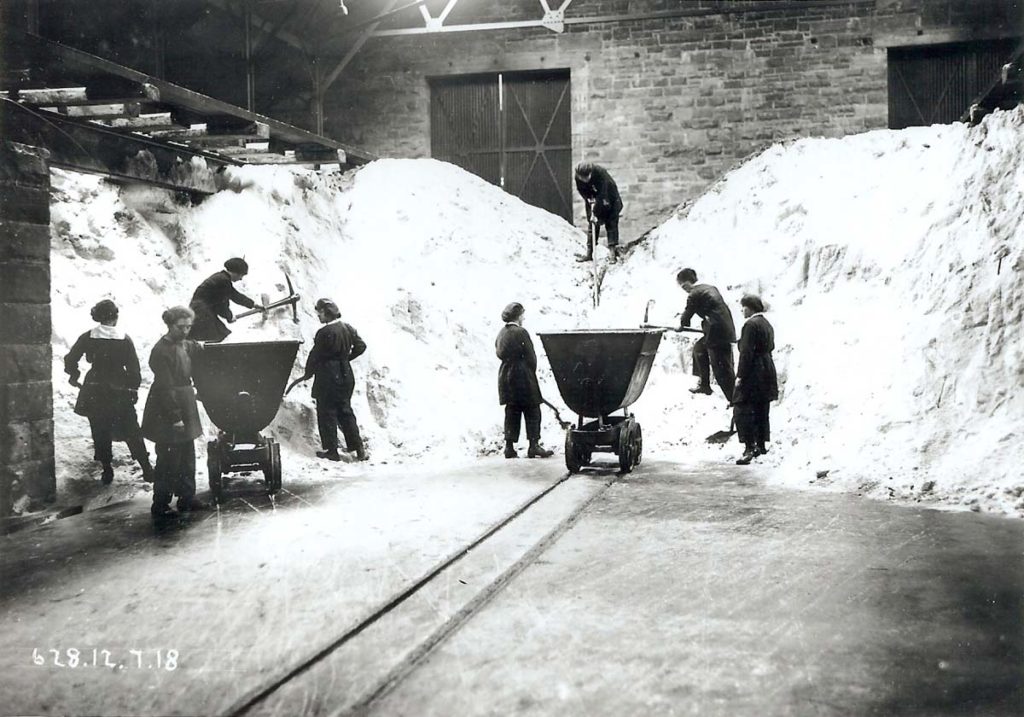 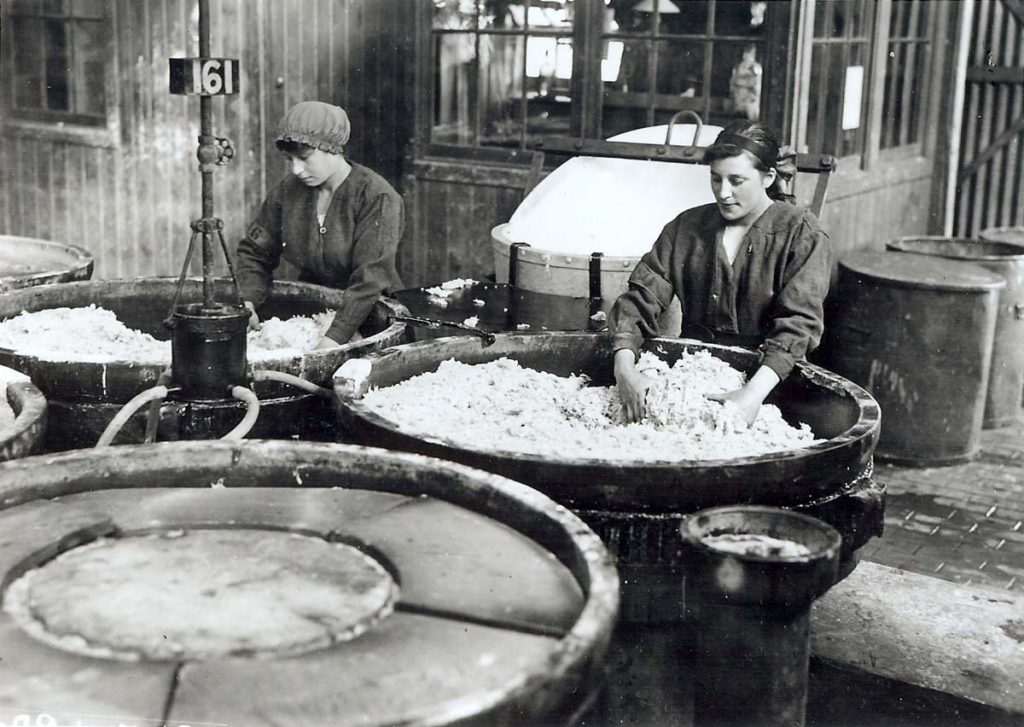 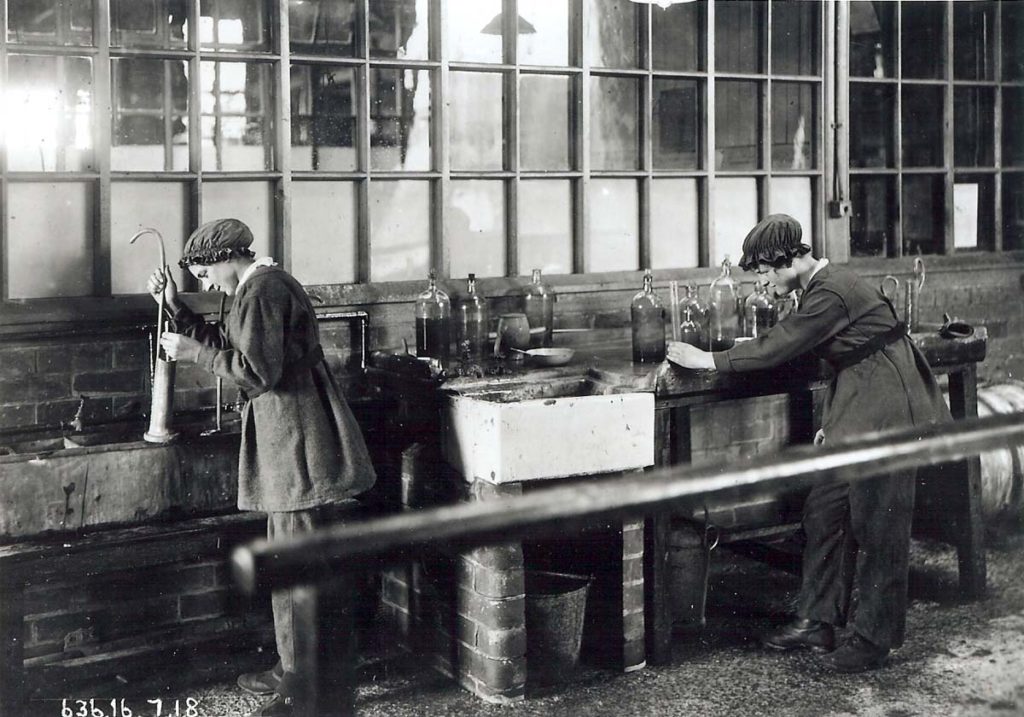 The Love in Wartime exhibition is at the Devil’s Porridge Museum now.