This is the moment a nerve-wracking operation to raise the UK’s last surviving World War II Landing Craft, the half-sunk LCT 7074 at East Float Dock in Birkenhead, ended in success.

Nick Hewitt, a naval historian involved in the two-day manoeuvre in October 2014 to save the semi-derelict ‘Landing Craft Tank’, said the temptation to board the veteran of the Normandy Landings was “overwhelming but clearly impractical” following a “nail-biting” day which saw divers take to the bitterly cold Mersey.

Specialists had spent weeks preparing to refloat the vessel, which is now being preserved at The National Museum of the Royal Navy in Portsmouth with help from a £916,000 grant from the National Memorial Heritage Fund.

In stiller conditions than the opening day’s operation, experts pumped water from the LCT’s deck and swiftly raised the craft with a crane after seeing tiny bubbles surfacing.

“Unbelievably exciting and just a bit emotional,” tweeted Hewitt, who had spent a year working on the project without being able to reveal the plans.

“Old lady rising from the grave. She took tanks from 7th Armoured Division, the famous desert rats, across in the follow up waves.”

“What a privilege to take part. Very proud. What an amazing survivor.” 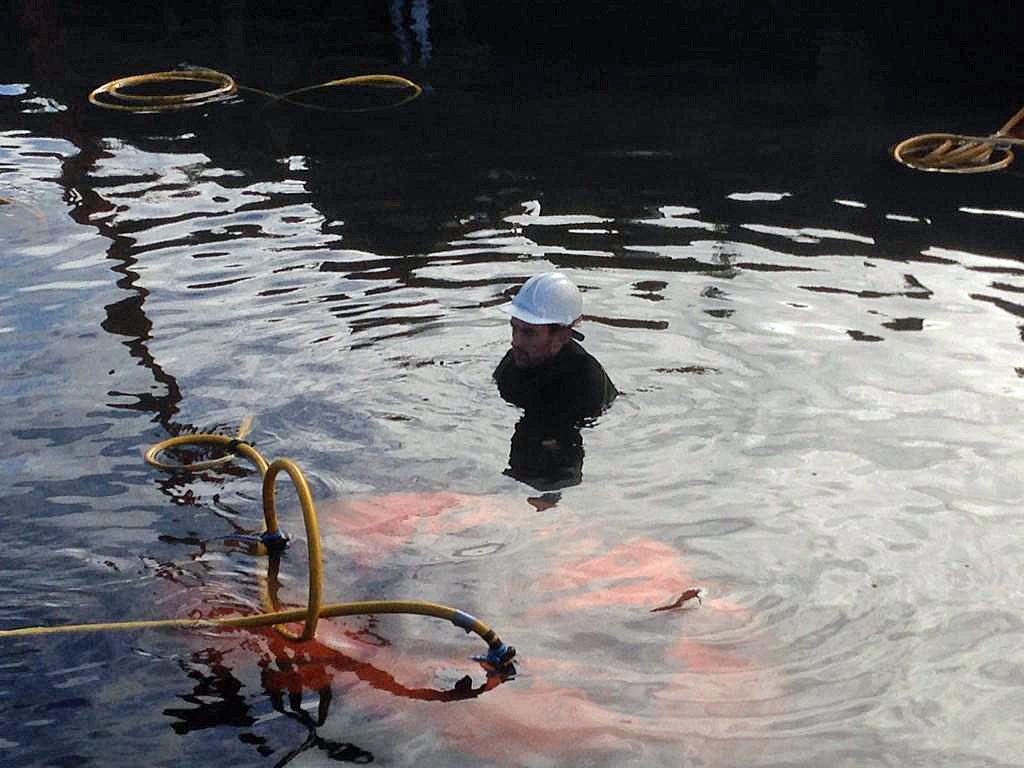 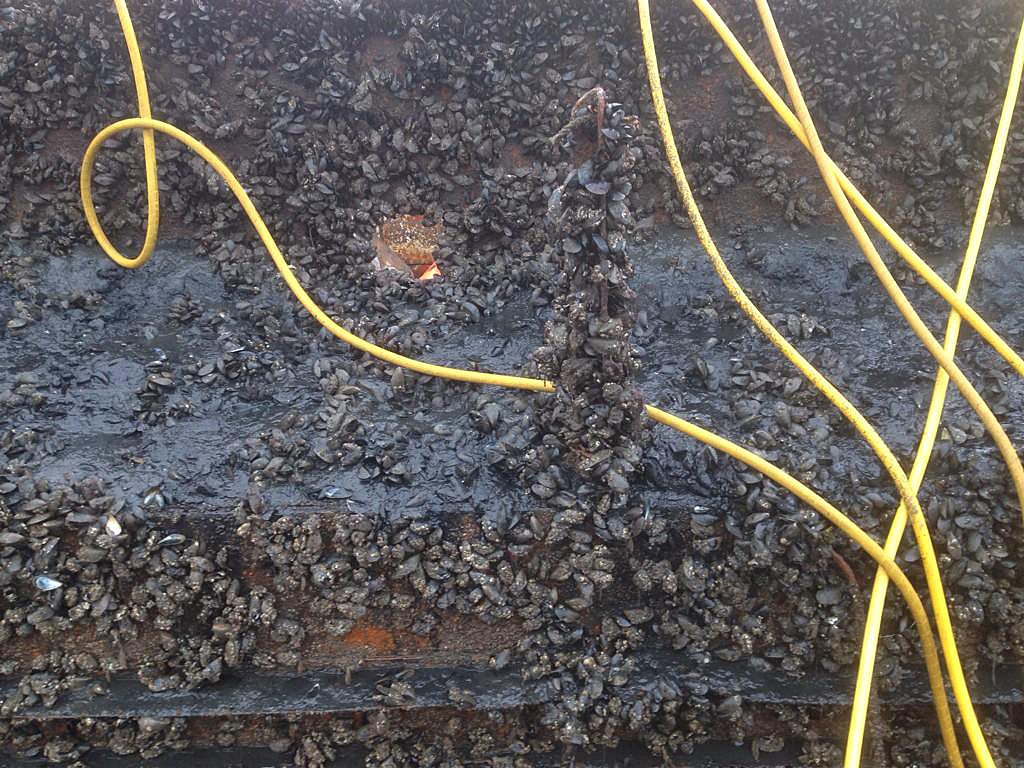 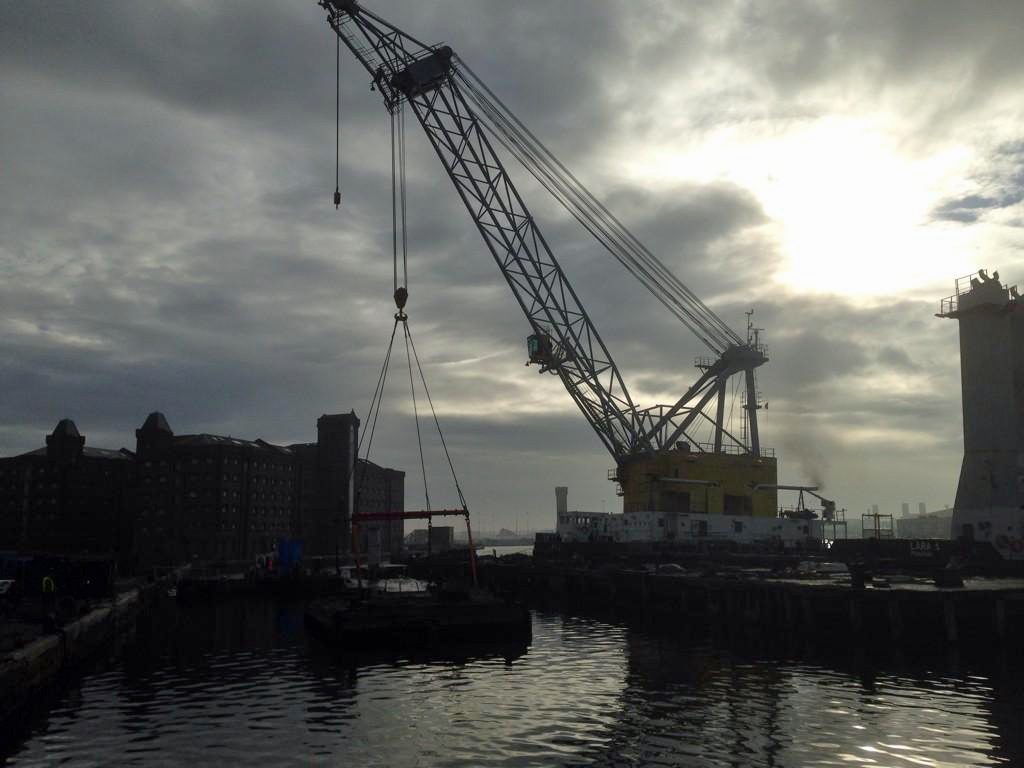 A dockside crane was used to help the recovery operation. Photo Nick Hewitt 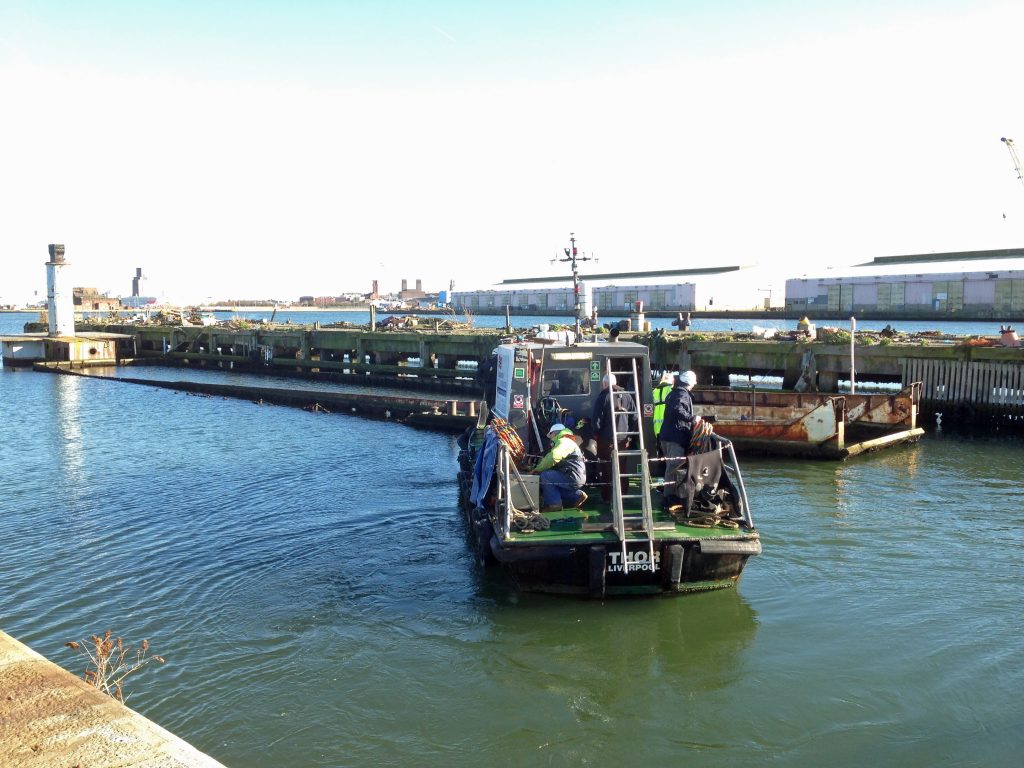 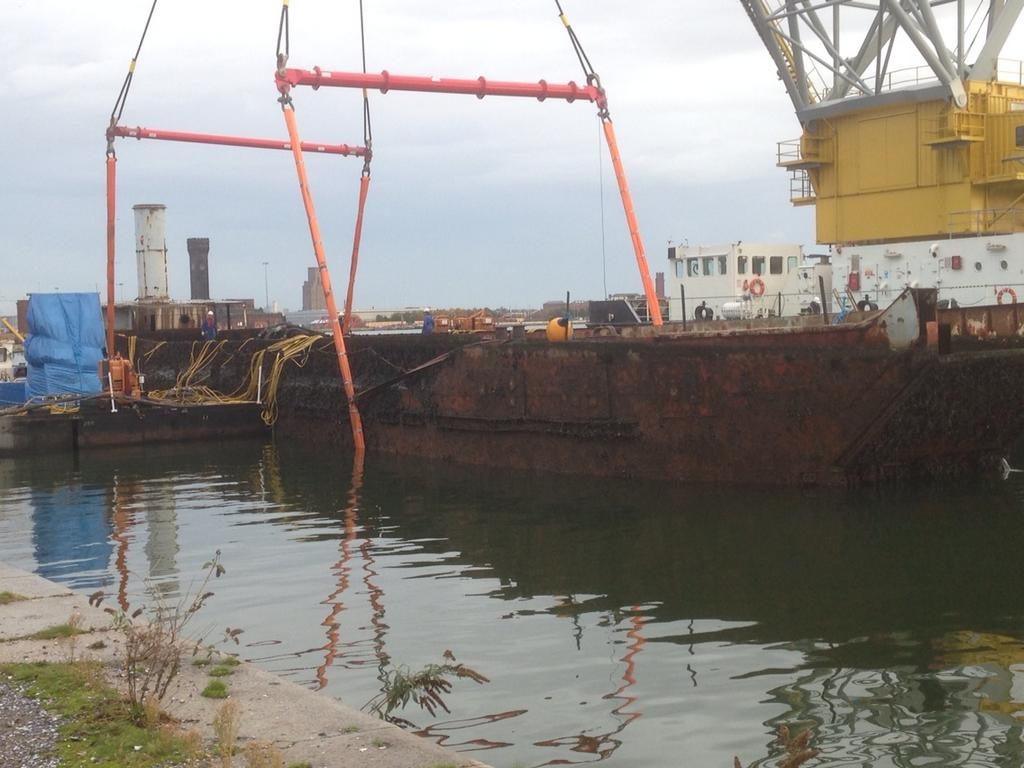 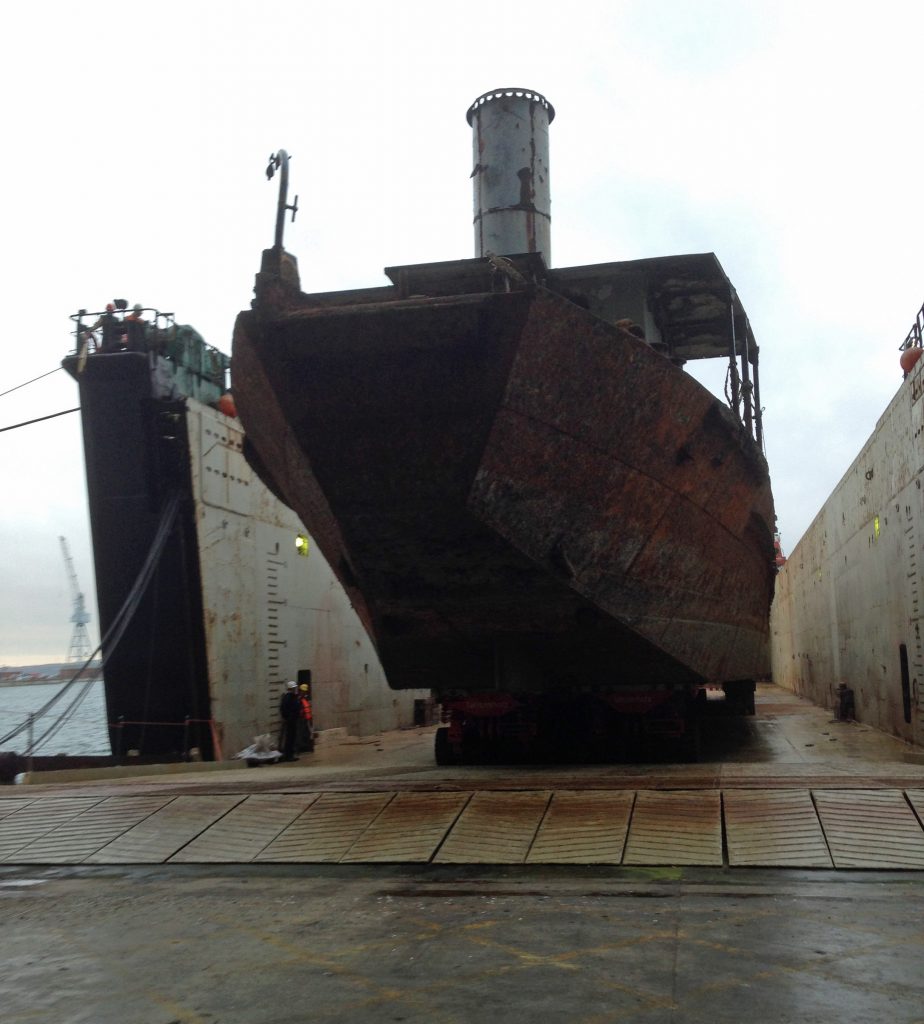 LCT 7074 arrives at Portsmouth Historic Dockyard for preservation at the National Museum of the Royal Navy.

History fans had followed the team’s progress through regular updates. More than 800 LCTs took part in Operation Overlord, the D-Day landings on June 6 1944, each capable of carrying ten tanks or other heavy armoured vehicles into battle.

Operation Neptune was the naval dimension of Overlord, the largest amphibious operation in history which saw more than 7,000 ships and craft landing more than 160,000 soldiers on the beaches of Normandy. Fewer than ten of the fleet are thought to still survive.

“As far as we can tell, LCT 7074 is the last of these vital workhorses known to have participated in D-Day,” said Professor Dominic Tweddle, of the museum, which received the craft and is undertaking a programme of conservation.

“They were the backbone of the fleet, carrying up to ten Sherman tanks, and transported almost all of the tanks, heavy artillery and armoured vehicles landed in Normandy which allowed the amphibious force to win major engagements and remain equipped to fight for months without a friendly port.

“The importance of D-Day cannot be underestimated. The liberation forces which landed on the beaches at Normandy were a prelude to victory in Europe, and this humble but vital ship played a significant role for the Royal Navy. 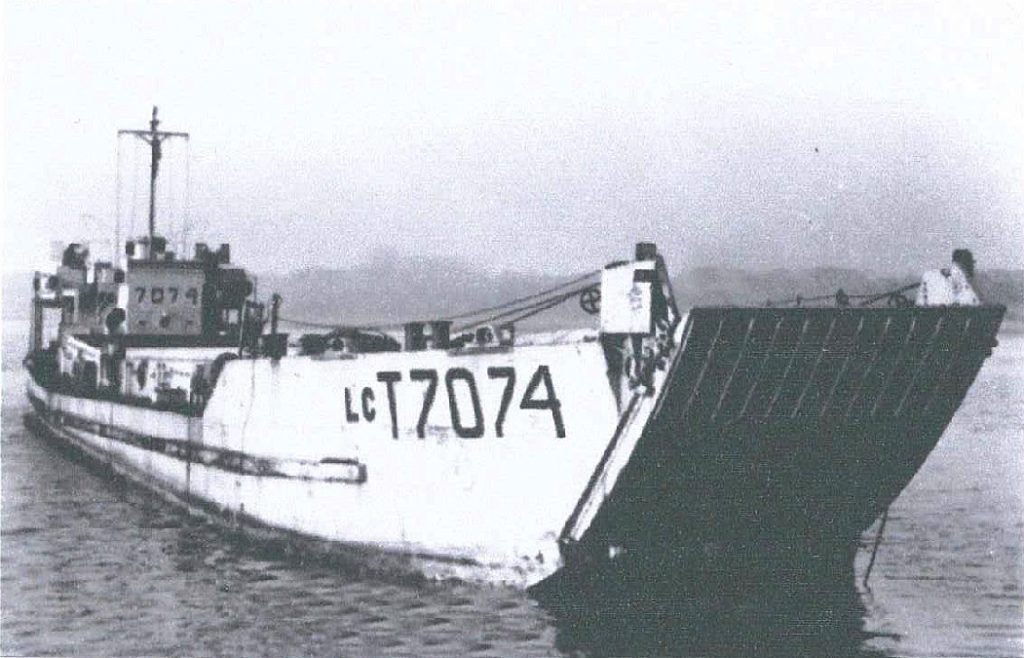 LCT7074 – the last surviving LCT to have taken part in D-Day. 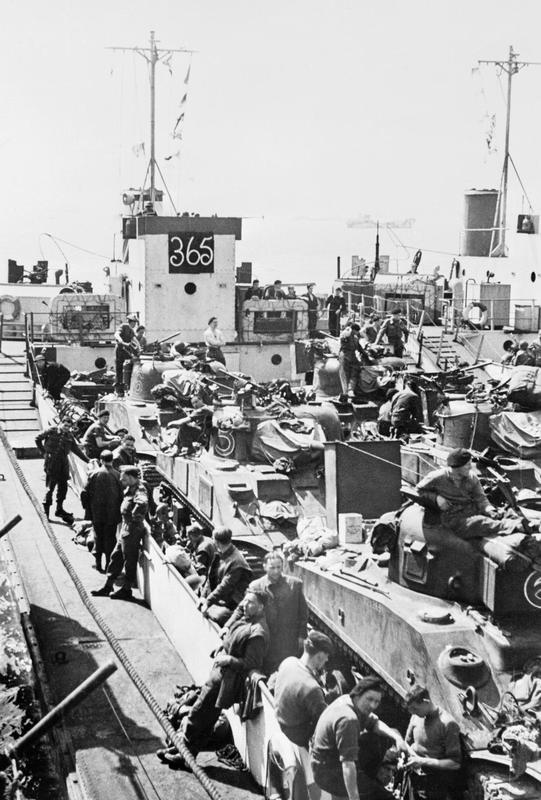 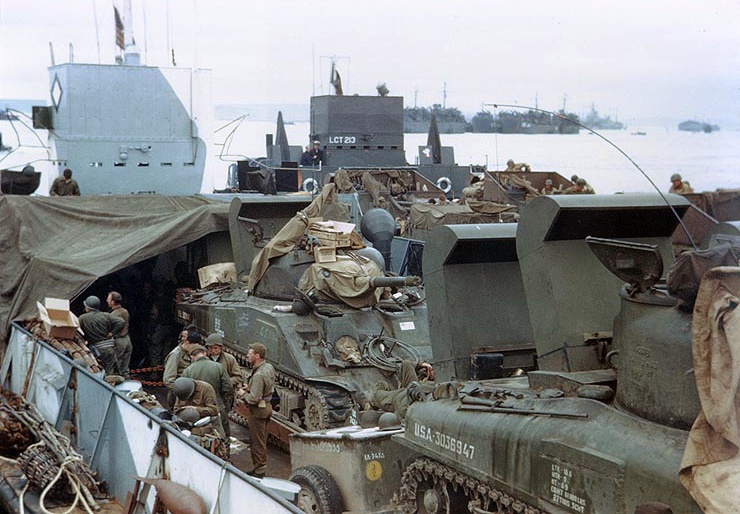 U.S. Army M4 “Sherman” tanks of Company A, 741st Tank Battalion and other equipment loaded in an LCT, ready for the invasion of France, circa late May or early June 1944. Public Domain Photograph from the Army Signal Corps Collection in the U.S. National Archives. 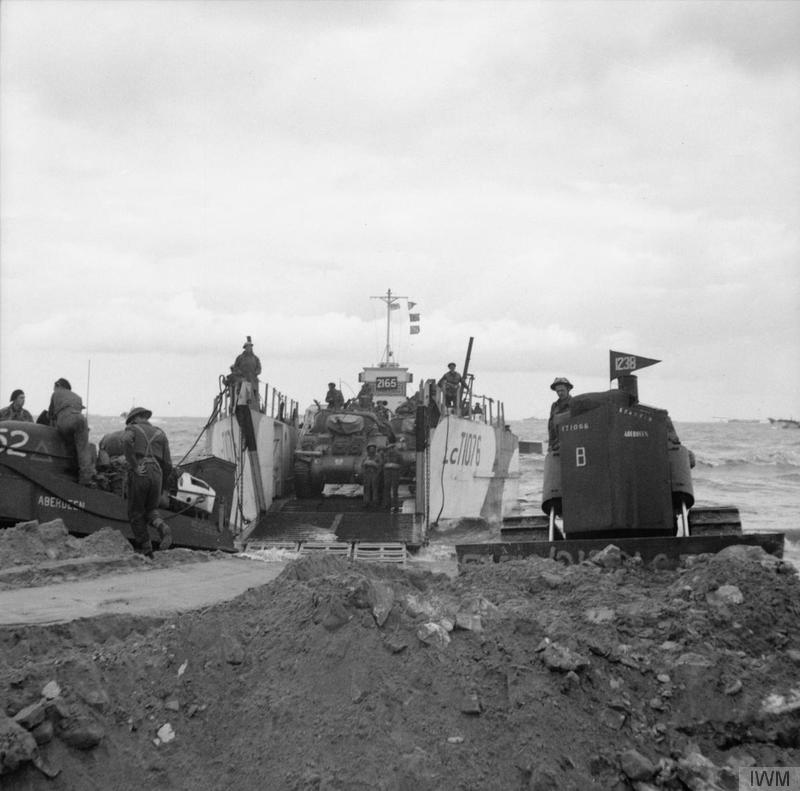 Sherman tanks of ‘A’ Squadron, Nottinghamshire Yeomanry (Sherwood Rangers), 8th Armoured Brigade, come ashore from a landing craft (LCT 1076) on Jig beach, Gold area, 6 June 1944. On the right, a bulldozer helps clear a path off the beach. © IWM (B 5259) 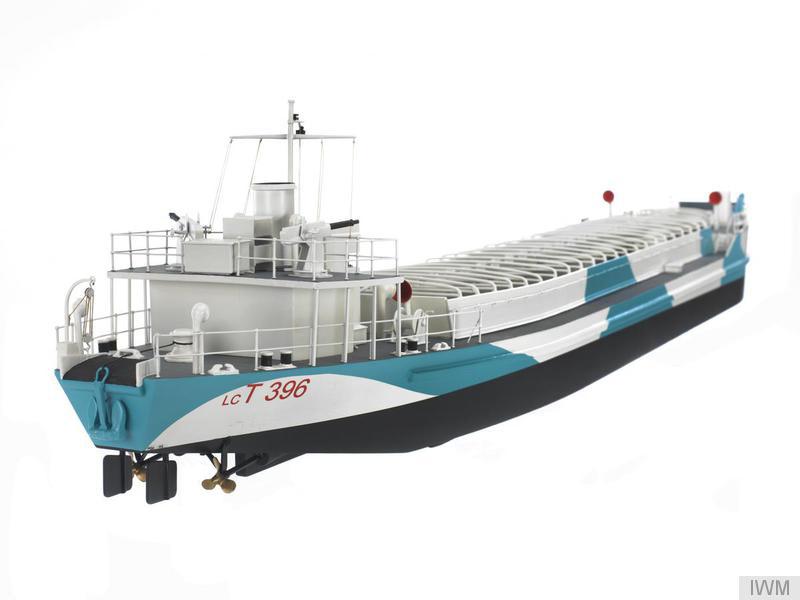 The first TLC MkI (Tank Landing Craft MkI) was produced in 1940, and led to a whole series of craft that were subsequently termed LCT (Landing Craft, Tank). The LCT MkIII was 192ft long, and could carry the following tank loads: 5 Churchills, or 11 Valentines or 11 Shermans, at up to 10 knots. © IWM (MOD 35) 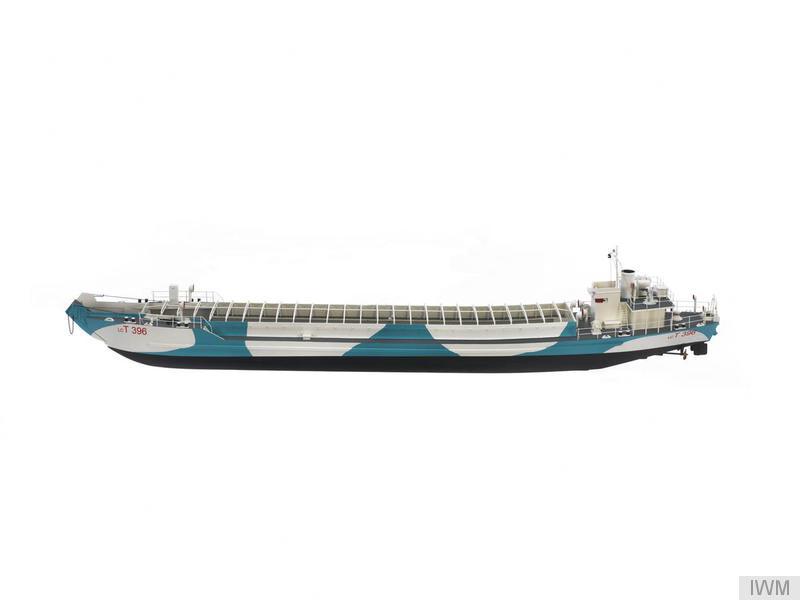 Built by Tyneside shipbuilders, Hawthorn Leslie and Company in 1944, LCT 7074 was decommissioned in 1948. More recently it was converted into a floating clubhouse for the Master Mariners’ Club of Liverpool and renamed Landfall. It then became and nightclub on the Liverpool waterfront.

The Warships Preservation Trust, which bought the craft during the late 1990s, went into liquidation eight years ago, causing National Historic Ships to urge the museum to save her.

It is now hoped that LCT 7074 could be displayed at the NMRN’s partner museum, Southsea’s D-Day Museum, as part of its redesign for the D-Day 75 commemorations in 2019.

National Museum of the Royal Navy at Portsmouth Historic Dockyard

The D-Day Story is a museum dedicated to the Normandy Landings that liberated Europe from Nazi Germany occupation during the Second World War. It tells the personal stories of those involved in the epic day. Exhibits at the museum cover Operation Overlord from its origins in the dark days of…