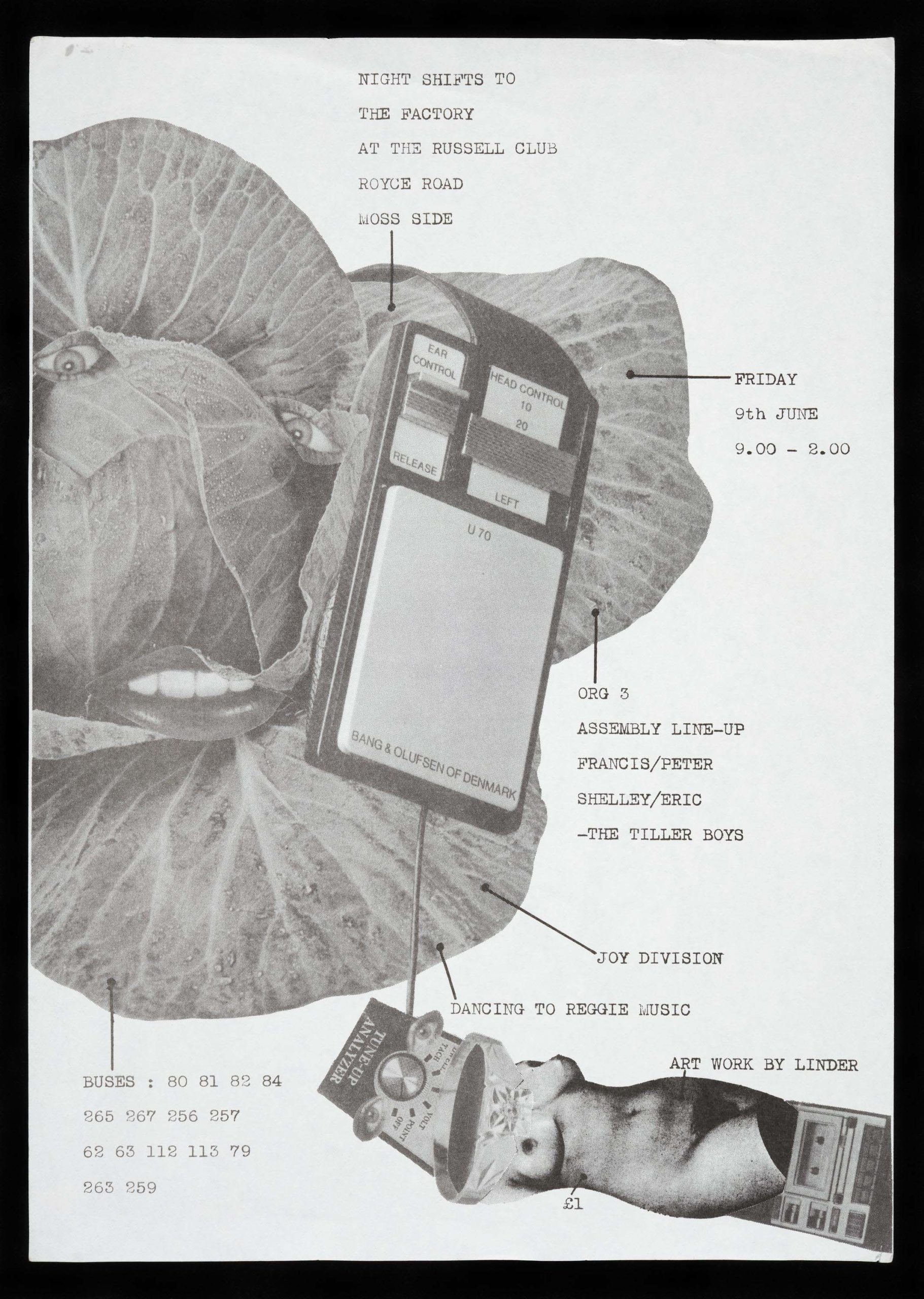 The late seventies and early eighties may have been the golden age of British post punk indie labels – think Rough Trade, Postcard Records, Industrial, Fetish, 4AD etc – but it is Manchester’s Factory Records who seem most emblematic of the era.

Innovative design, great record covers, cutting-edge events and a band roster that included Joy Division, A Certain Ratio and the Durutti Column meant the Factory ethic of dark, industrial – and sometimes funky and ethereal music – held sway in the post punk era in Manchester and beyond.

Use Hearing Protection: The early years of Factory Records makes a long-overdue appraisal of these halcyon years, away from the later glare of the Factory nightclub, the Hacienda, acid house and the baggy ‘Madchester’ scene of the later 80s and 90s. 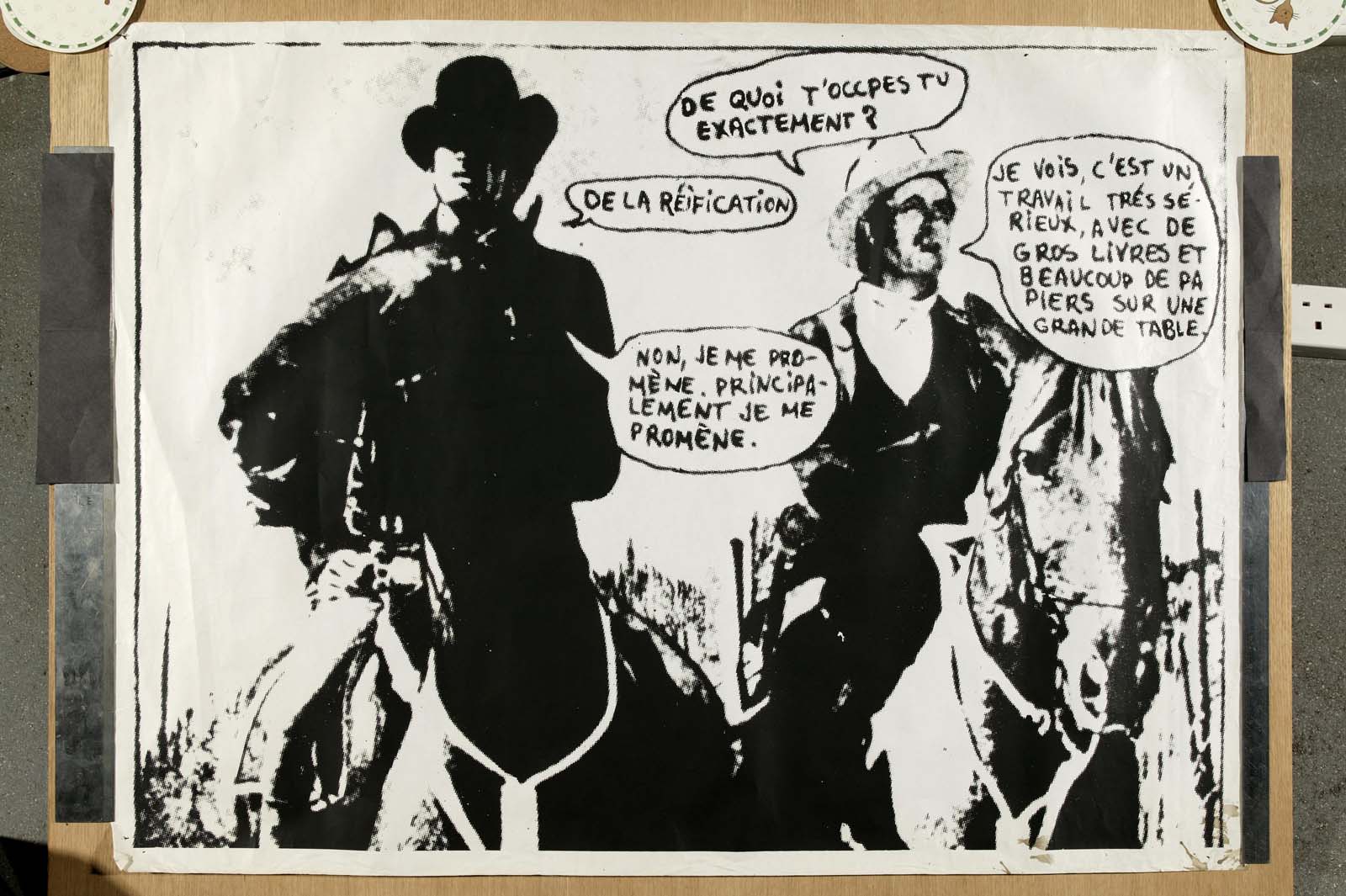 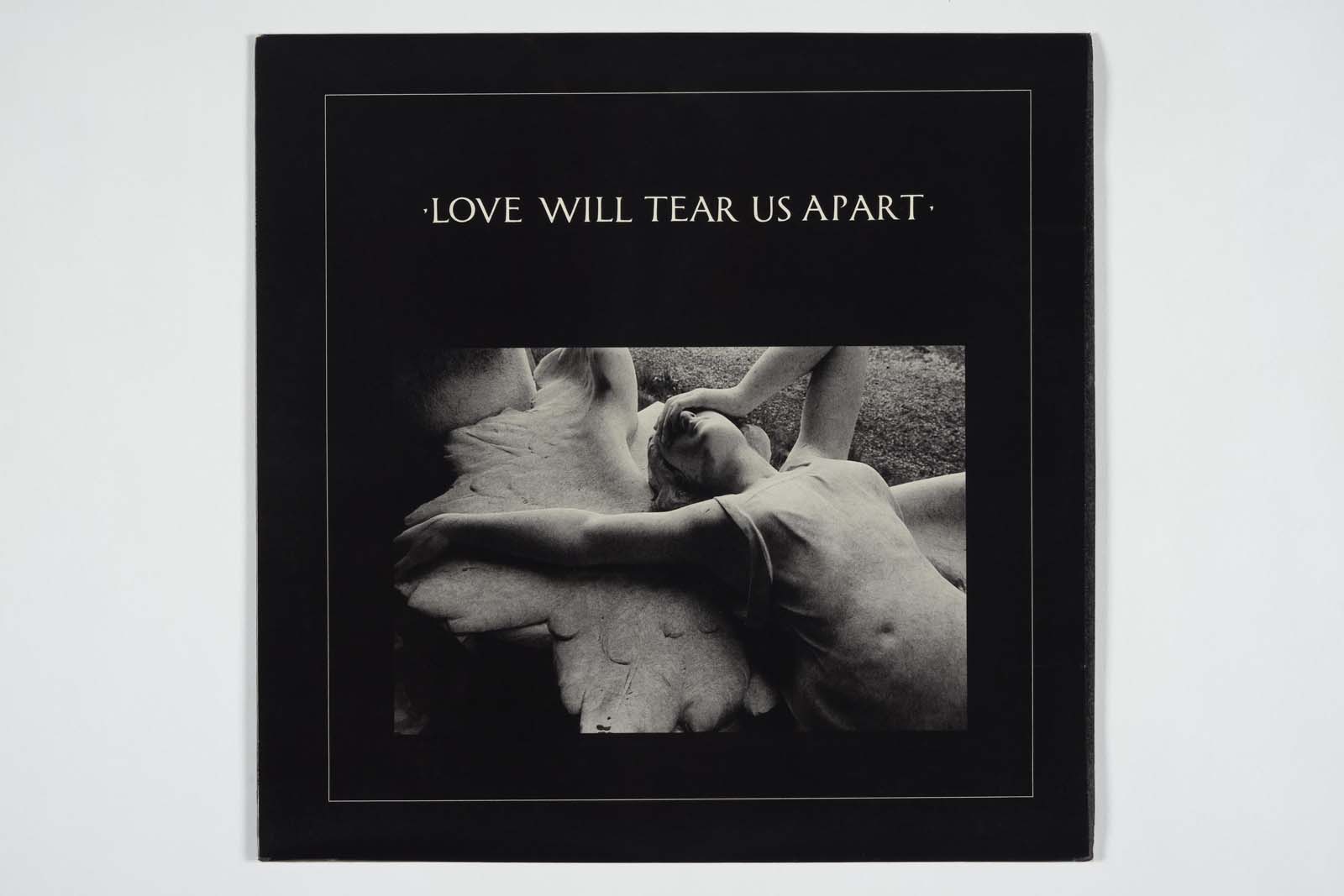 Joy Division – Love Will Tear Us Apart 12″ single in picture sleeve. © The Board of Trustees of the Science Museum 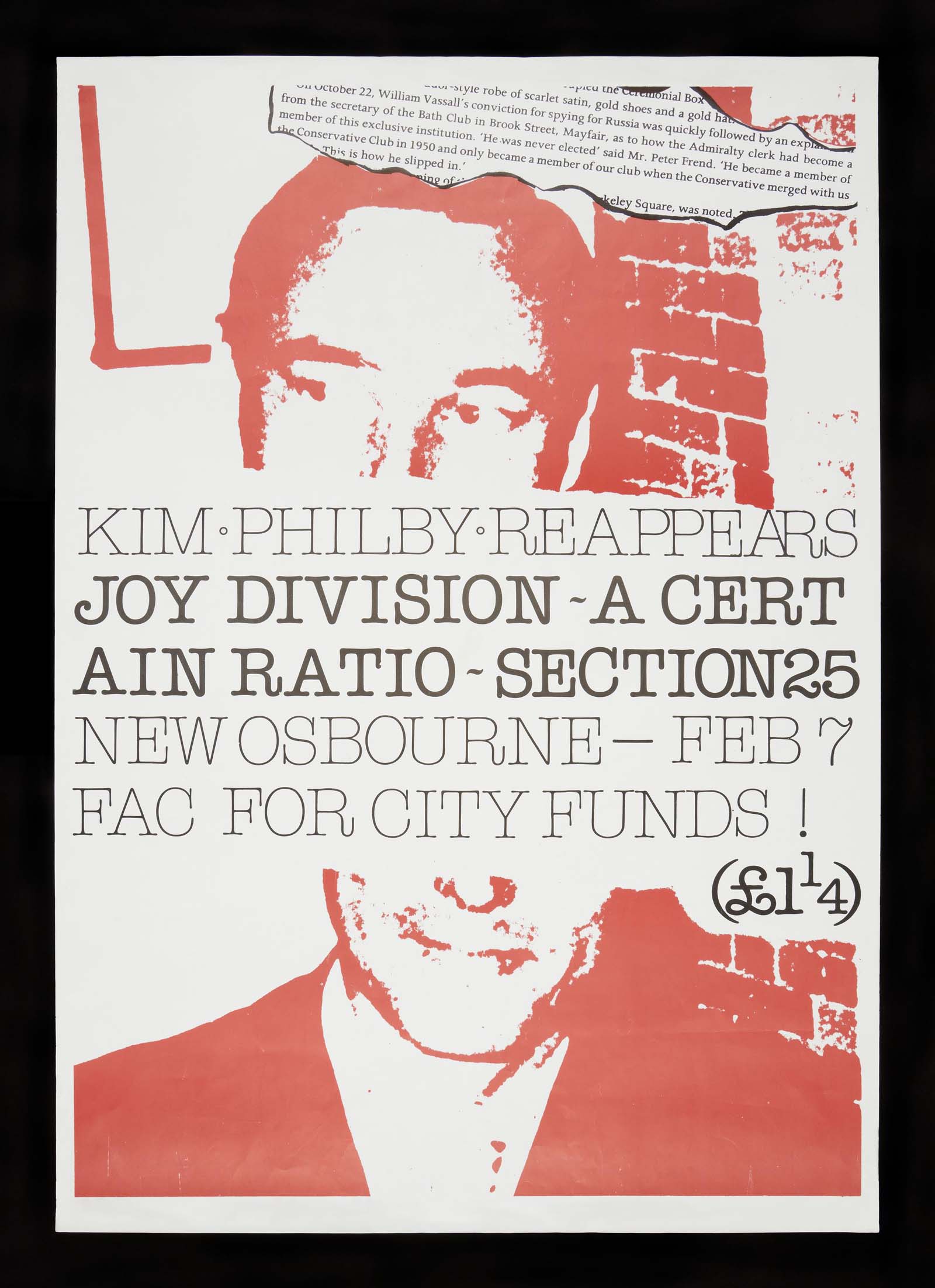 Kim Philby Reappears poster. Poster designed by Jon Savage advertising Joy Division, A Certain Ratio and Section 25. © The Board of Trustees of the Science Museum

Curated by the Science and Industry Museum in association with author and artist Jon Savage and curator and archivist Mat Bancroft, the exhibition focusses on the years 1978 – 1982.

As most devotees know well, the Factory story begins with the birth of an idea by the late Granada TV journalist (and occasional local music TV programme host) Tony Wilson, together with designer Peter Saville and former actor, Alan Erasmus.

The subsequent cast list of the early days of Factory Records is littered with many larger-than-life characters, and quite apart from the charismatic ‘Mr. Manchester’ Tony Wilson – there’s Joy Division Manager Rob Gretton, producer Martin Hannett and Joy Division front man Ian Curtis – all of whom burned bright but died before their time. Here, some of the lesser heard voices – including the many women who worked for Factory – contribute to the story.

The museum has already explored the work of design genius Saville  but this exhibition explores how Factory’s post punk roots drew inspiration from a wide range of sources embracing Situationist literature and imagery, an obsession with the dark decade of the 1930s, Cold War spies, Tomorrow’s World technologies and an ambitiously internationalist mindset that was stubbornly rooted in the north.

And as well as giving exclusive insights into the period through evocative visuals, artwork, rare posters, photographs and rarely-seen objects, the exhibition evokes the atmosphere of the label’s early gigs via a ‘Gig Room’, where the sounds of Factory are played out through large-scale projections of its inaugural bands.

Visitors can even get hands-on with technologies of the time by using a mixing desk to create their own take on an original Factory Records’ track, and get an evocative insight into the recording of Joy Division’s first album, Unknown Pleasures, by experimenting with a synthesiser – although you will need to bring your own headphones. 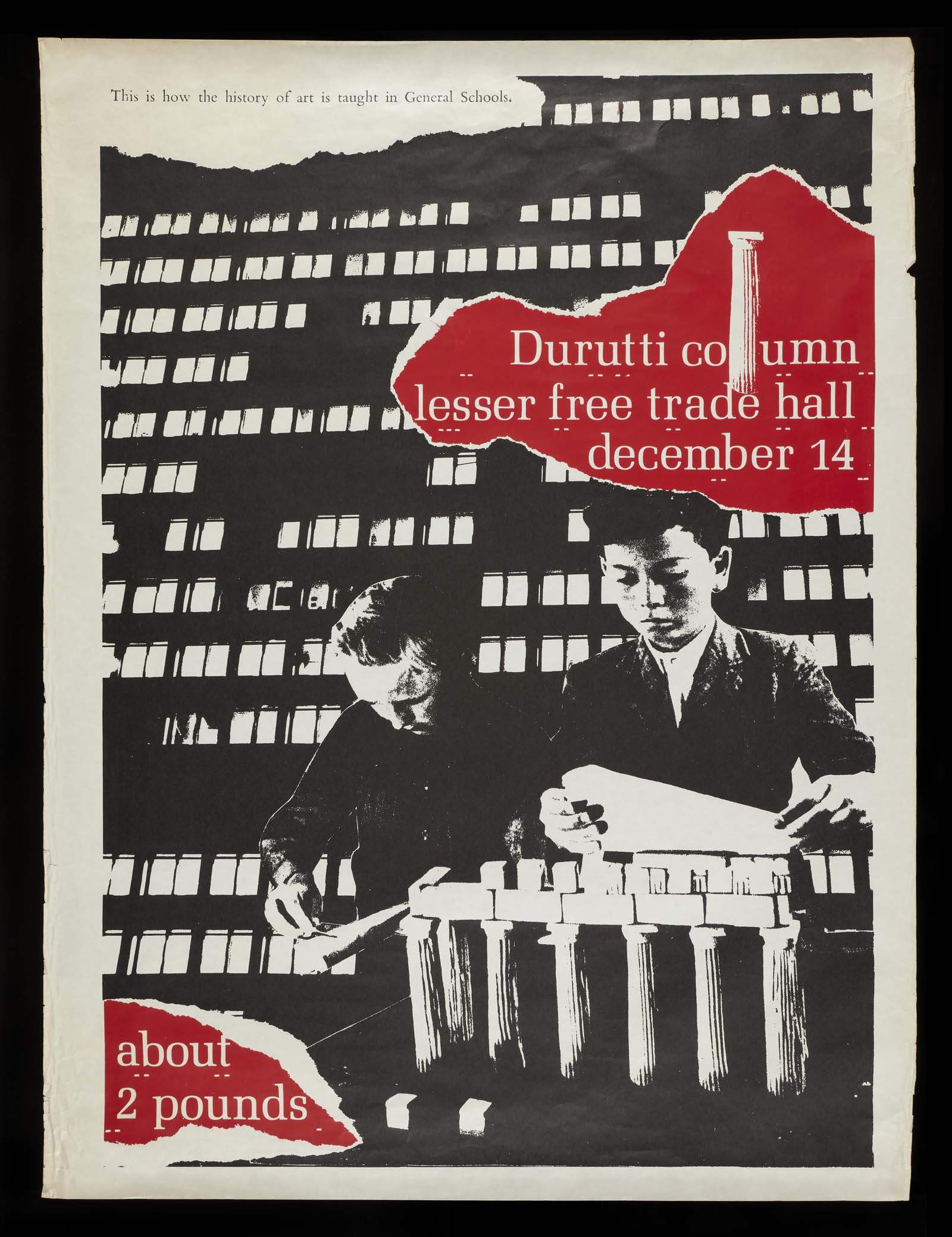 Poster to promote Durutti Column show at Lesser Free Trade Hall, Manchester, December 14. © The Board of Trustees of the Science Museum 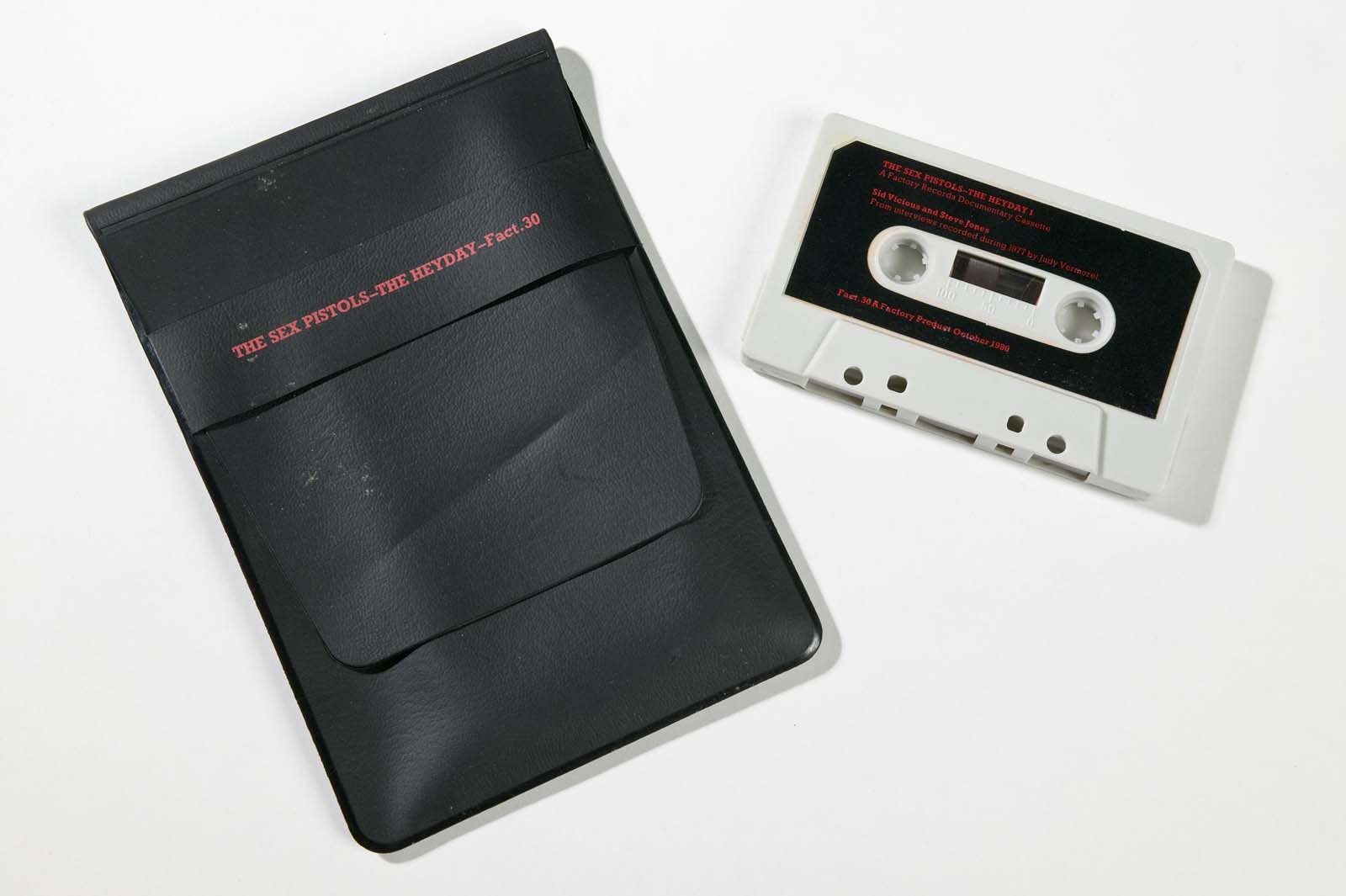 Audio cassette tape of Sex Pistols ‘The Heyday'(Fact 30), produced by Factory Records and released in December 1980. Lent by Benedict Gretton, Laura Gretton and Lesley Gilbert. © The Board of Trustees of the Science Museum 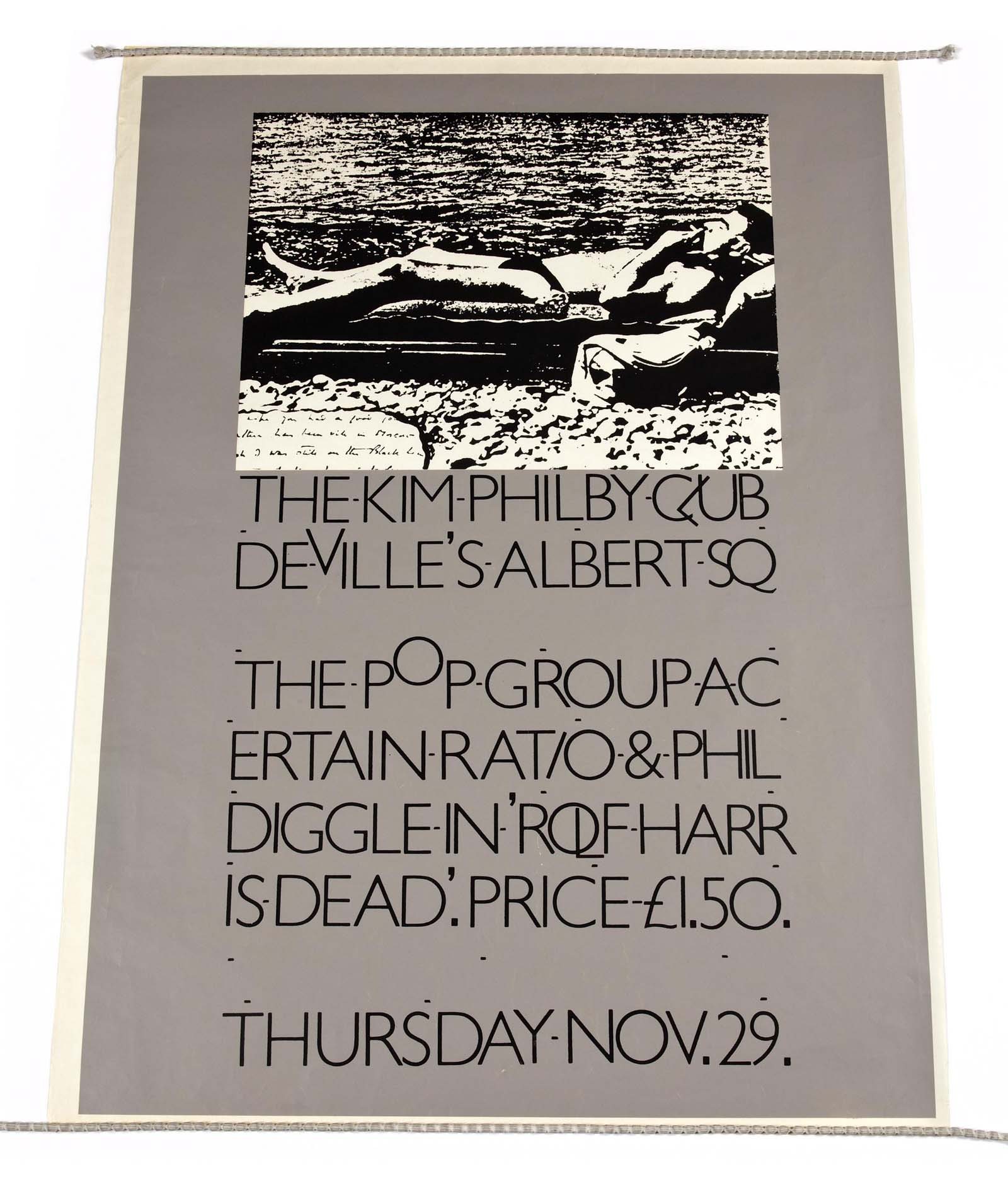 “The early years of Factory Records did so much to influence the city and the UK’s creative industries today, and this exhibition explores why Factory’s unique development could only have happened in Manchester at this time and involving this group of people,” says lead curator Jan Hicks.

“It’s a story that the Science and Industry Museum is uniquely placed to tell. Factory Records was hugely influenced by Manchester’s industrial heritage, which we sit at the heart of, and was hugely progressive in its use of digital and electronic technologies, which are again core focuses of the stories we tell here at the museum.”

Having been originally planned to take place in 2020, the museum has expanded the remit of the show to offer visitors more insights into the world of Factory and post punk Manchester.

“We’ve taken the additional time to expand the objects and stories available,” promises Hicks, “giving audiences access to a rich collection of Factory artefacts, first-hand accounts and immersive experiences that transports them back to an era where Manchester’s contemporary identity was formed.”

For those familiar with the Factory story, this exhibition will be a welcome return to the early days and the creative and business decisions that intentionally, and sometimes accidentally, led to the world-famous stories of the Hacienda, New Order and Happy Mondays that followed.

But if ever there was an independent music label that embodied the aesthetics and excitement of indie music between 1978 and 1982 – Factory Records was it. 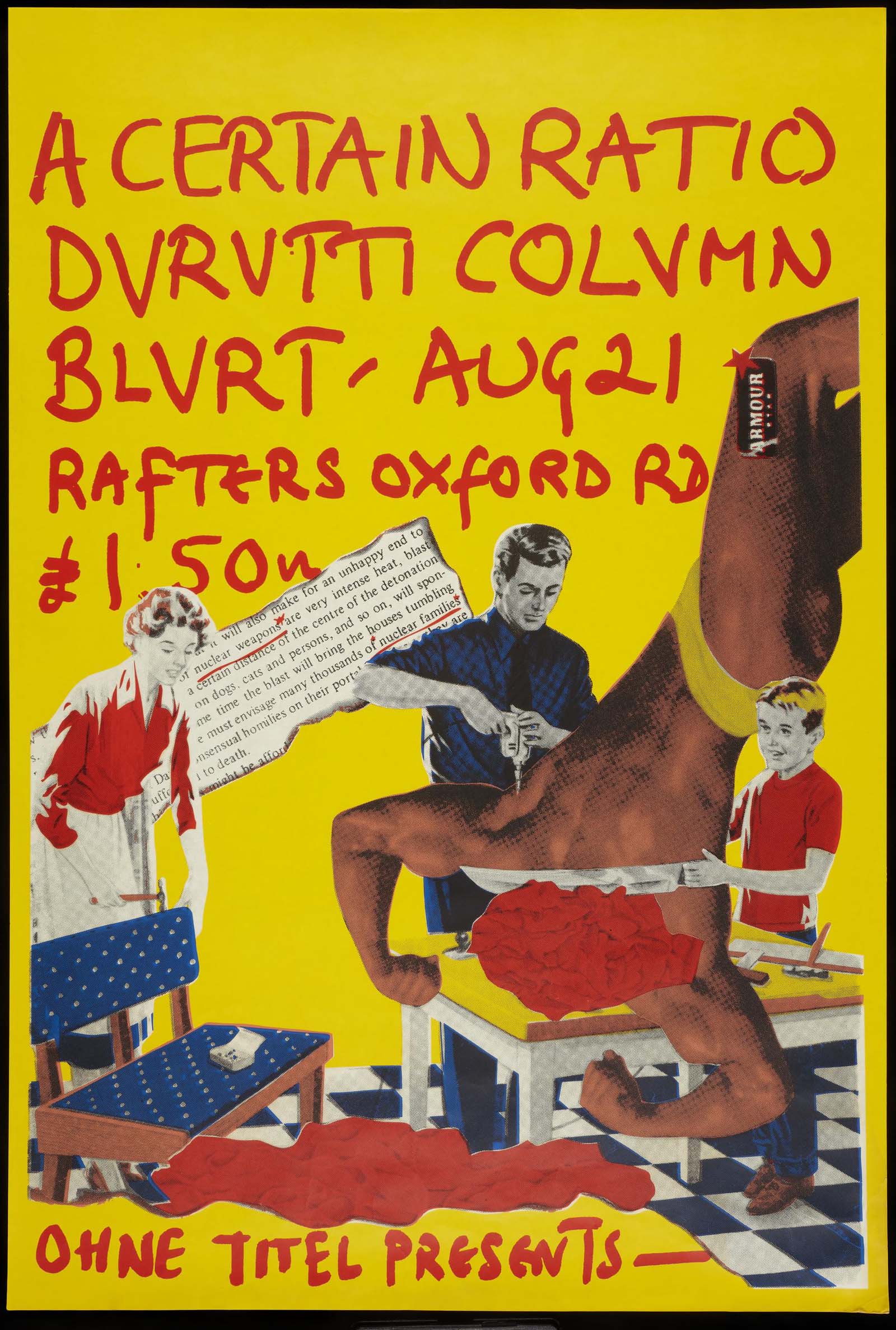 Poster to promote A Certain Ratio and Durutti Column show at Rafters, Manchester, August 21st, supported by Blurt, 1980. Science Museum Group/ Lent by Benedict Gretton, Laura Gretton and Lesley Gilbert. © The Board of Trustees of the Science Museum

Use Hearing Protection: the early years of Factory Records is at The Science and Industry Museum, Manchester until January 3 2022.