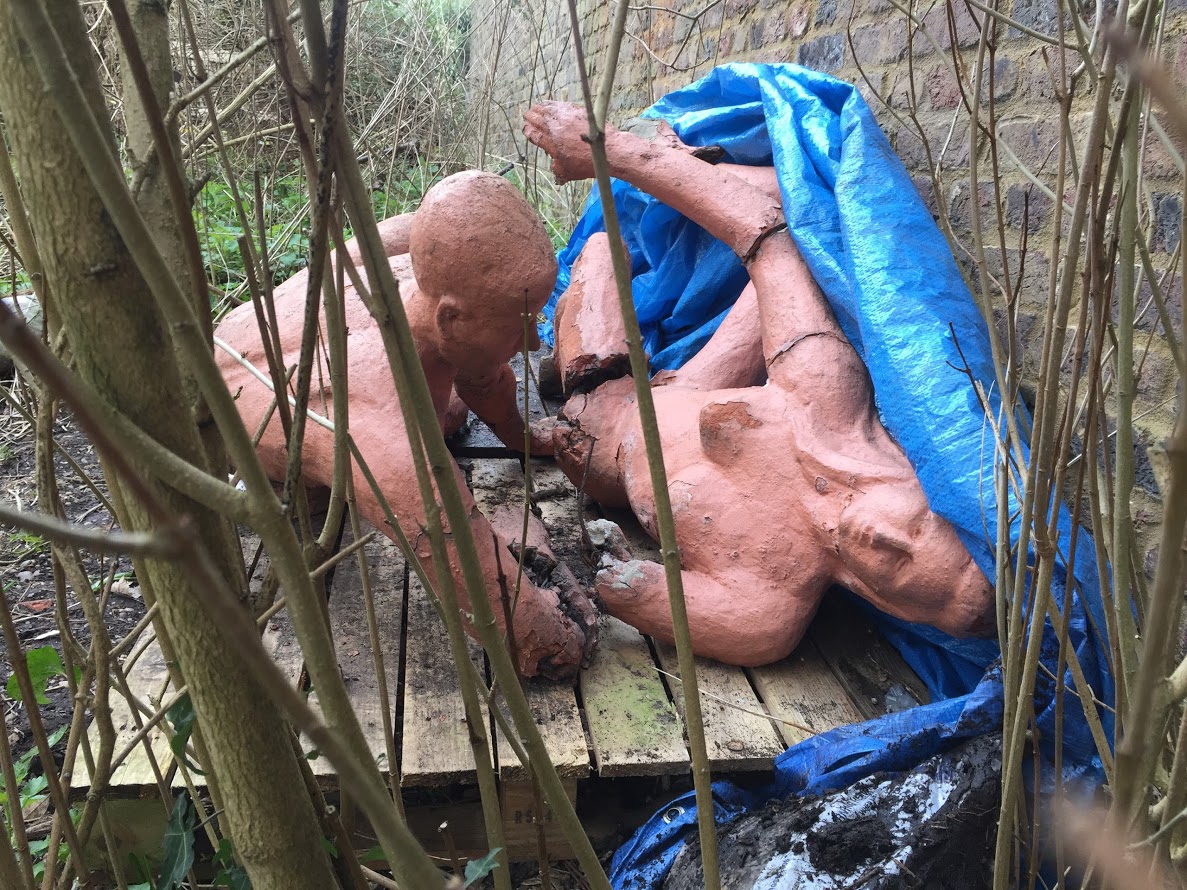 The Sunbathers at the Clarendon Hotel, Blackheath, in February 2017, Copyright Historic England

These strange figures, resting gracelessly on a palette beneath a tarpaulin, are recently re-discovered sculptural survivors that once delighted visitors to the Festival of Britain.

The pair, called The Sunbathers, were created by Hungarian-born concrete sculptor Peter Laszlo Peri and once formed a single dramatic wall sculpture greeting visitors to the 1951 Festival of Britain arriving via Waterloo Station.

But like many Festival of Britain artworks, The Sunbathers disappeared and the sculpture was thought to have been destroyed, until Historic England launched a public campaign to find the many 20th century public artworks lost to theft, the wrecking ball and vandalism since the Second World War. 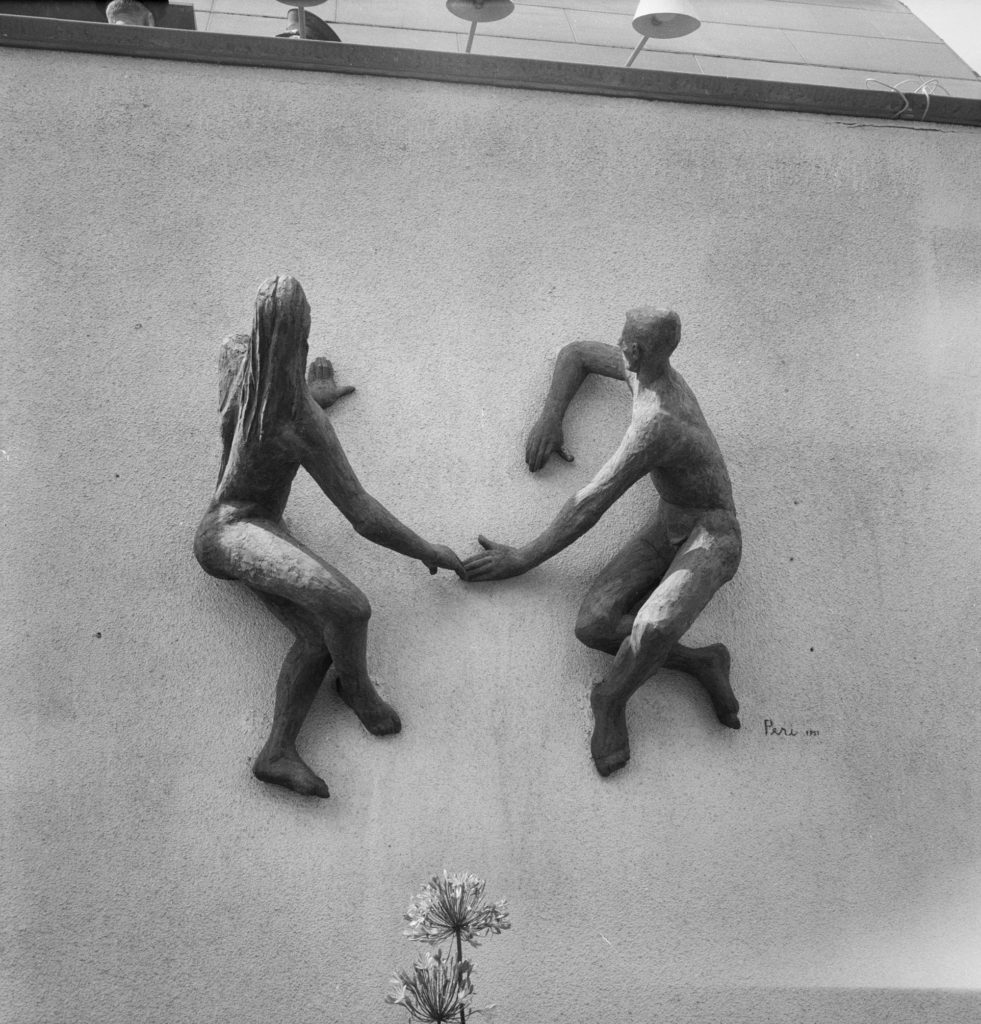 The Sunbathers at the Festival of Britain, Copyright Historic England Archive aa51/06841 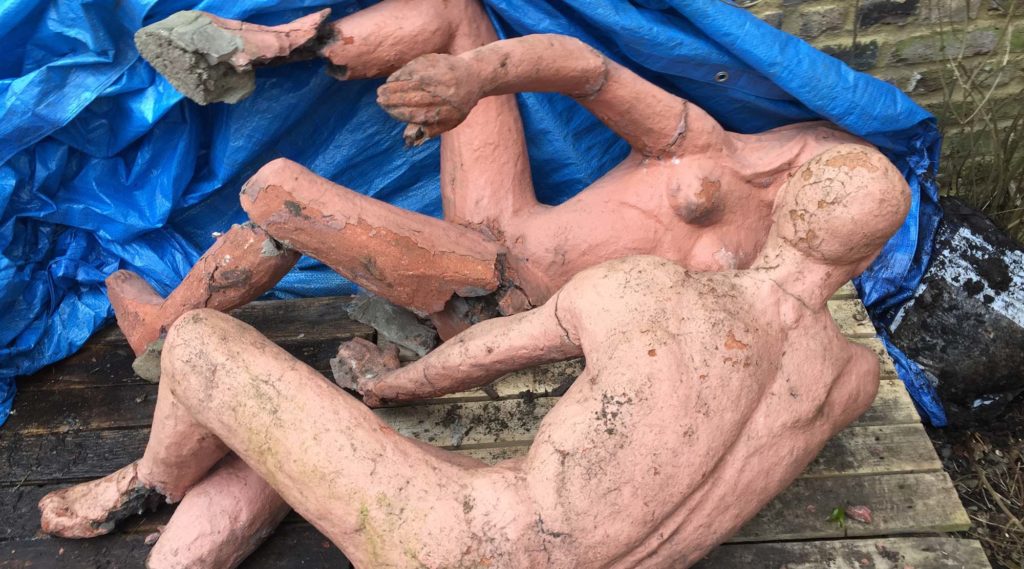 The Sunbathers at the Clarendon Hotel, Blackheath, in February 2017, Copyright Historic England 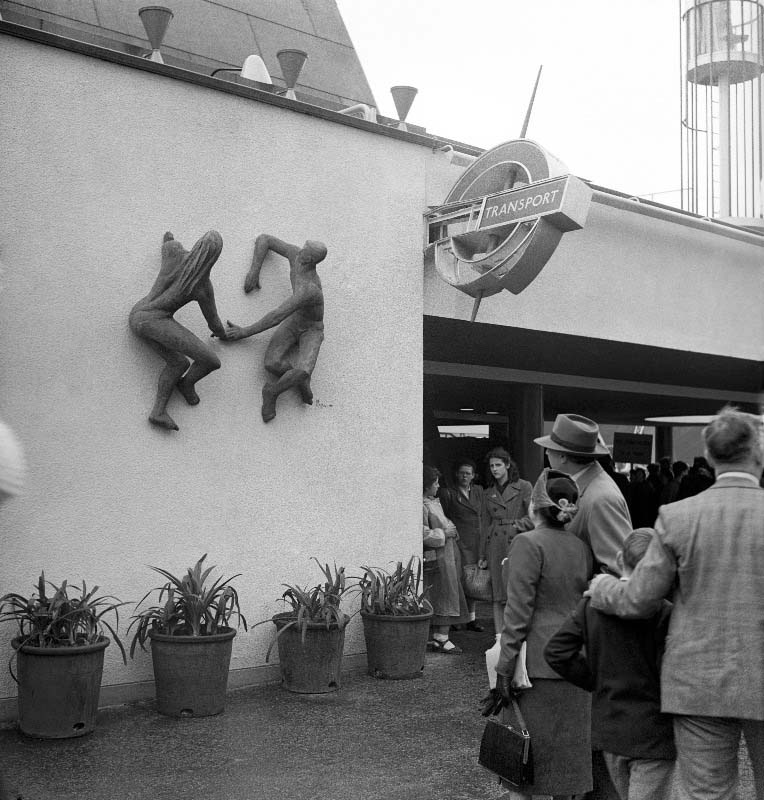 Photograph of The Sunbathers on the north wall of Station Gate at the Festival of Britain, 17 May 1951. Image credit PA Images 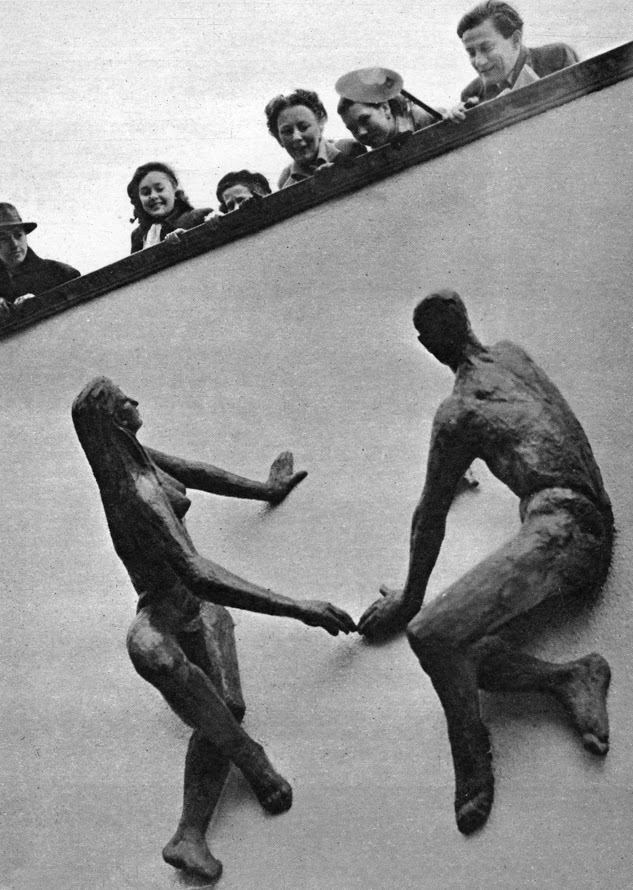 Laszlo’s sculpture had been purchased at auction in 1960 by the then hotel owner Joseph O’Donnell, and had been used as a patio ornament. For many years it was clambered over by children until it fell into disrepair and was stashed beneath a tarpaulin.

Having already acquired the sculpture Historic England are now trying to raise the money to repair it and put the couple back on display at The Royal Festival Hall for three months as part of the Southbank Centre’s Summertime programme.

They are looking to raise £15,000 to pay for specially trained conservators to dry it out, peel back the layers of paint, reshape the wire frame, patch up missing pieces, and fund its installation. A permanent home will then be sought so the sculpture can be enjoyed by the general public.

Peter Laszlo Peri’s sculptures, made from his trademark material, Pericrecte, which he fashioned out of concrete, resin and a brew of metallic powders, ranged from relief pieces to dramatic concrete figures. They adorned many public buildings in the austere post war period and many can still be seen on the walls of housing estates, secondary schools and government offices across the UK.

Back the campaign at http://www.crowdfunder.co.uk/sunbathers