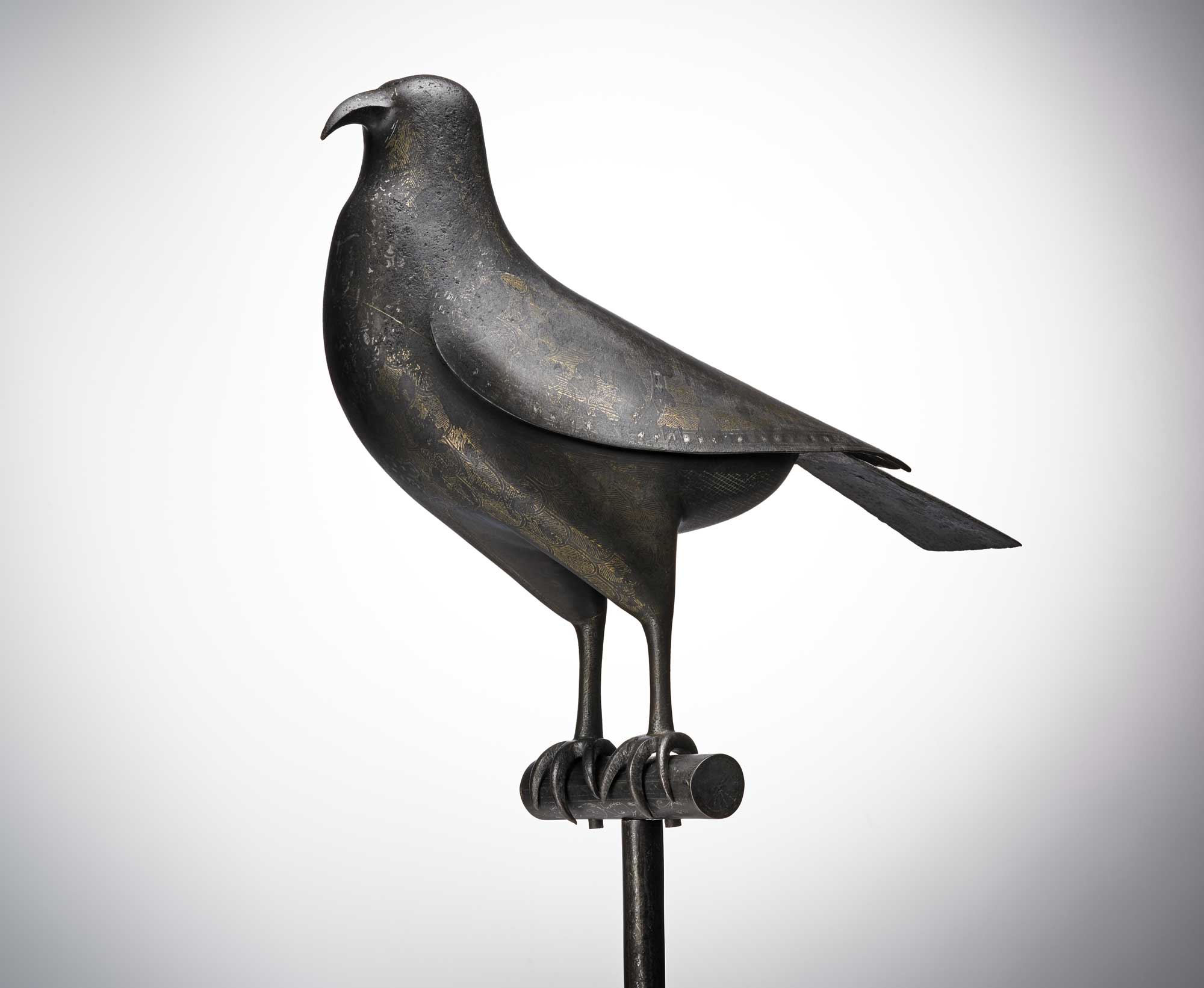 When Miss Ellen Tanner first sailed towards Baghdad on the River Tigris, she was instantly beguiled.

“As we came in sight of Baghdad,” she wrote, “it looked like a fairy city with the palm-fringed river, orange gardens, the houses on the waterside like Venice, and all her mosques and minarets gleaming in the yellow evening sunlight.”

Ellen Georgiana Tanner (1874-1937) was one of the first British women to travel solo to the Middle East. Born near Bristol, she received an inheritance of £18,000, which enabled her to travel, first in Europe and then further afield.

It was 1894 when she took the steamer to Baghdad, beginning a journey that took her overland through Iraq and on horseback into Iran accompanied only by local guides, staying in caravanserais along the route. 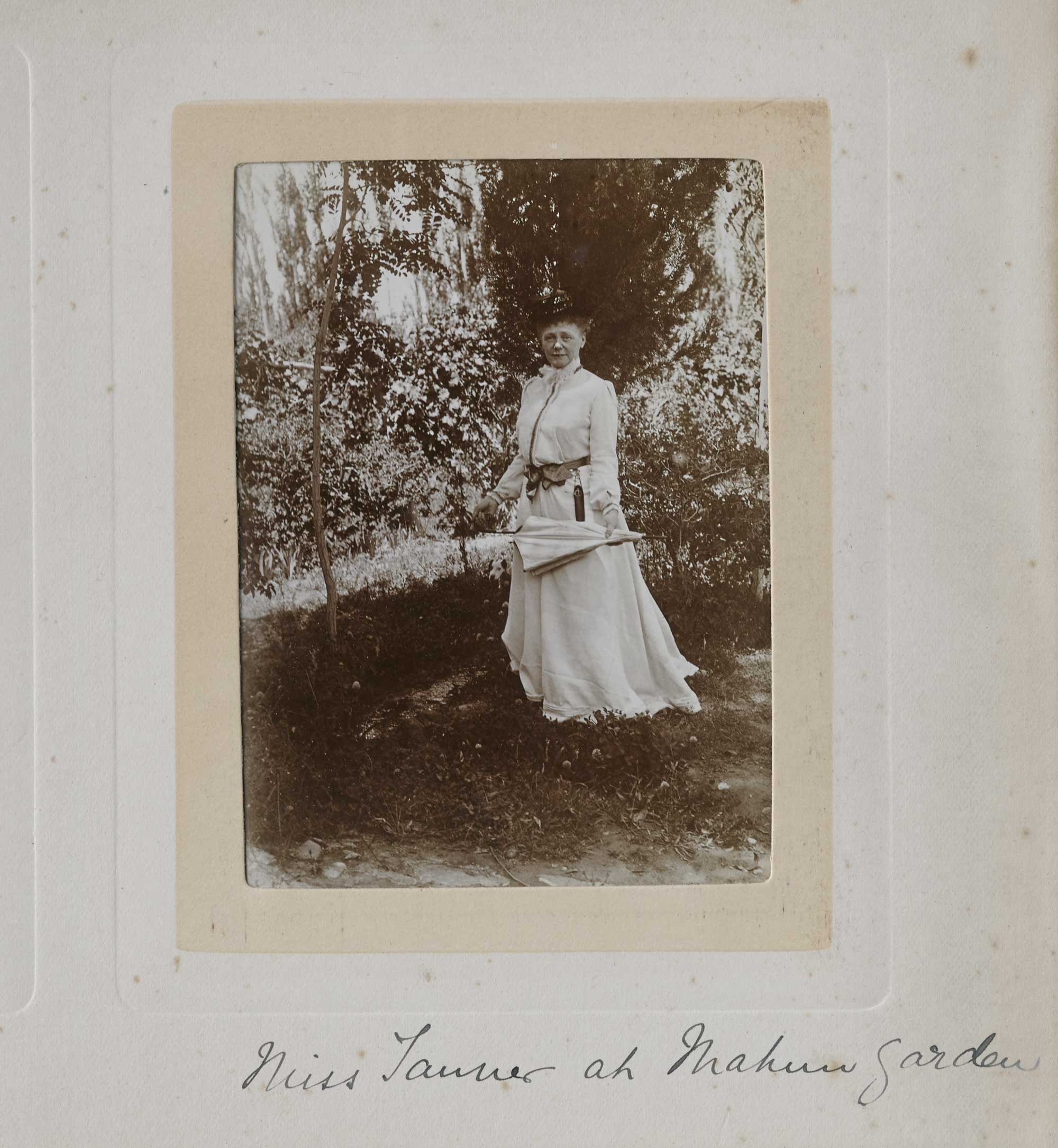 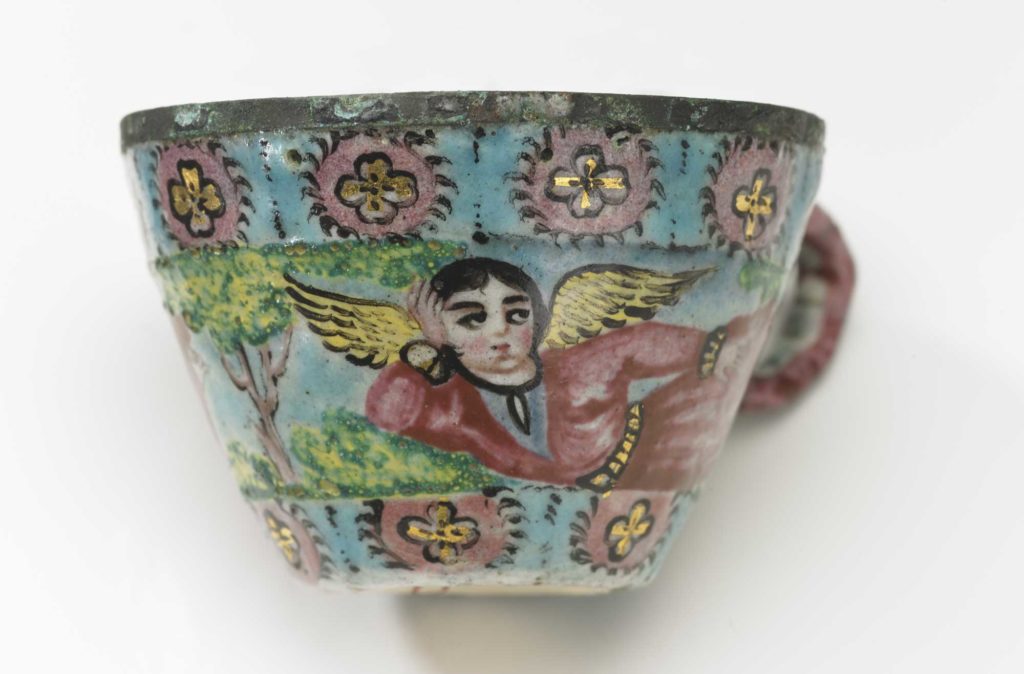 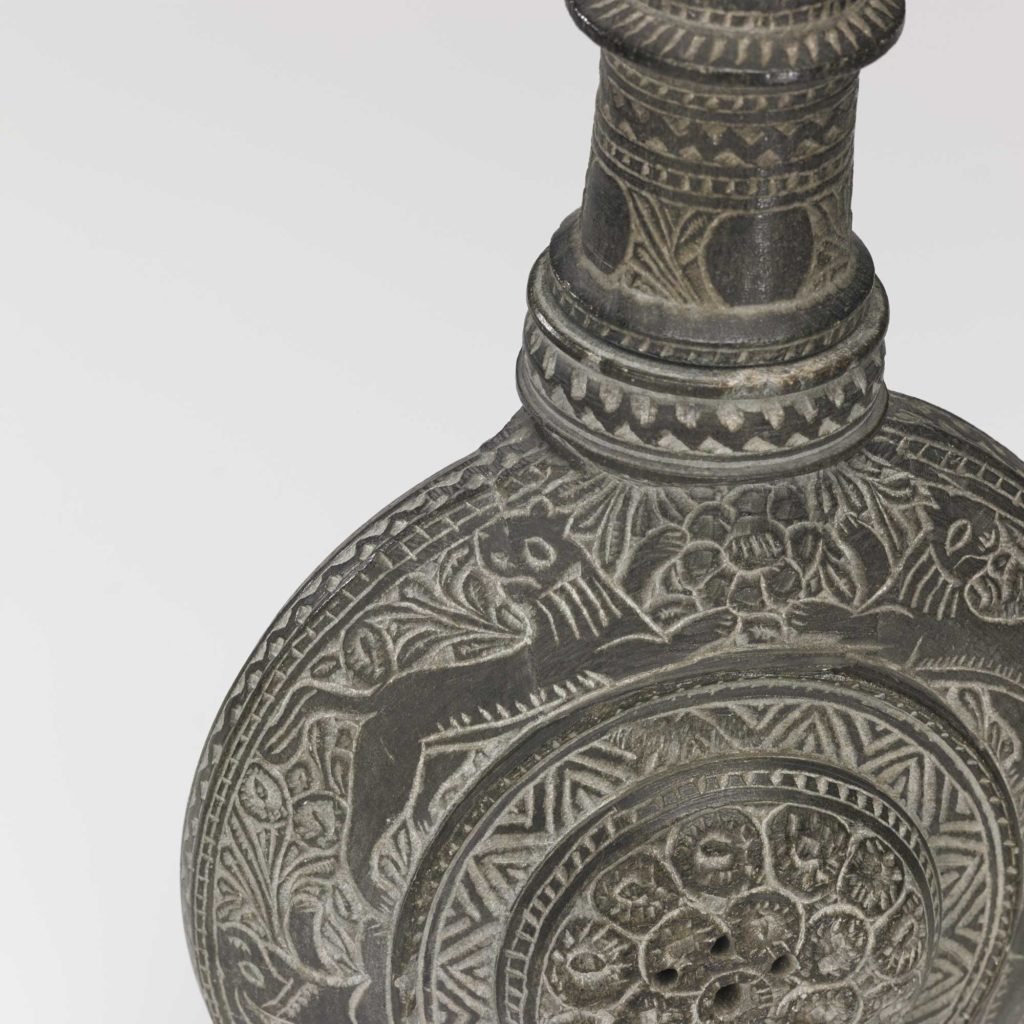 Along the way she explored the bazaars of Baghdad, Shiraz, Teheran and Isfahan and picked up scores of Persian artworks. She went on to make three visits to the region and amass an impressive collection of art that included textiles, laquerwork and metalwork as well as ceramics and books.

Eventually settling with her treasures in Bath, between 1917 and 1935 she began donating large parts of her collection to the Holburne who have just finished a major conservation project of her generous and sumptuous donation, which veers between the typical Victorian taste for the what was then termed the Oriental – to the simply beautiful.

In some of her purchases – like the mirror case depicting the Firdawsi’s Shahnama, or Book of Kings, the mythical account of the history of Iran, floral motifs reflect the popularity of European-style flower painting and hint at the exchange of design ideas that had flourished since the seventeenth century.

But others are simply unique, like the beautiful rosewater sprinkler glass that was reputed to have collected the tears of women or the two steel animal figures, of a type that were attached to standards carried in the mourning processions of Muharram, the Iranian New Year. Tanner’s journals reveal how she watched one of these processions when she was staying in Gulahek, near Teheran, in the summer of 1895. 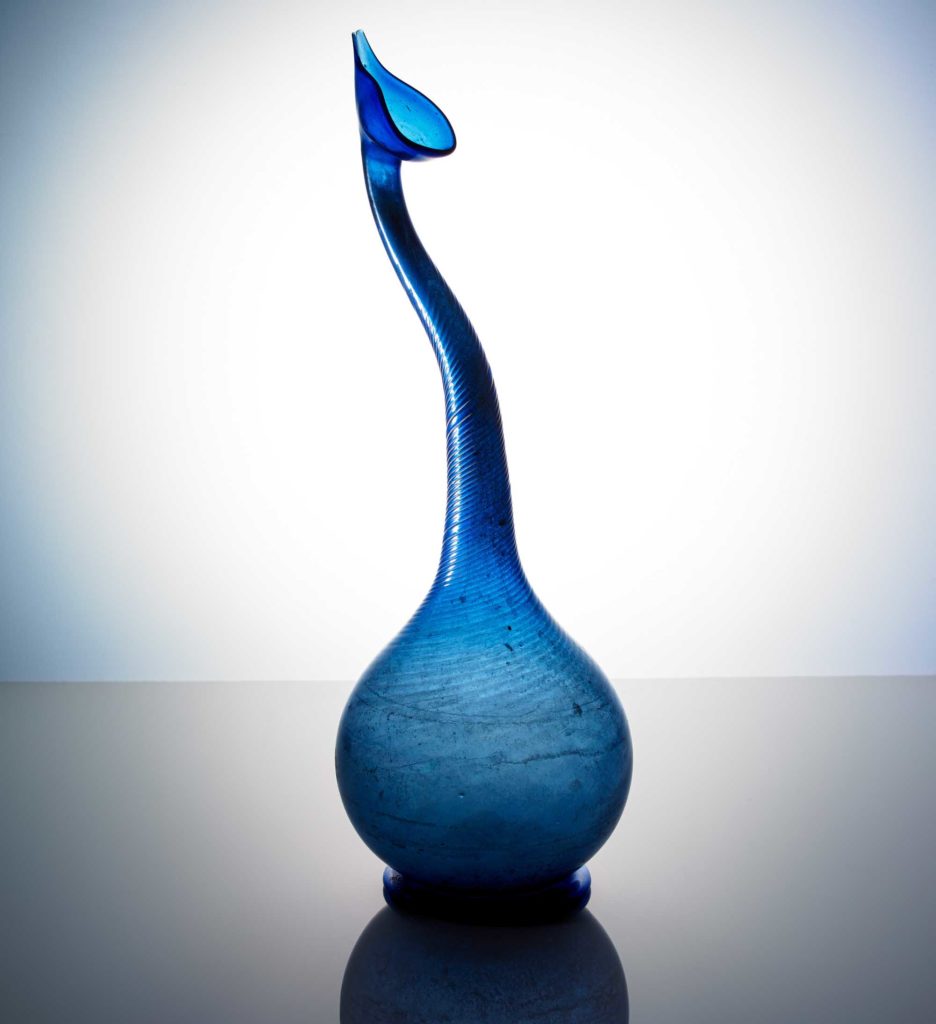 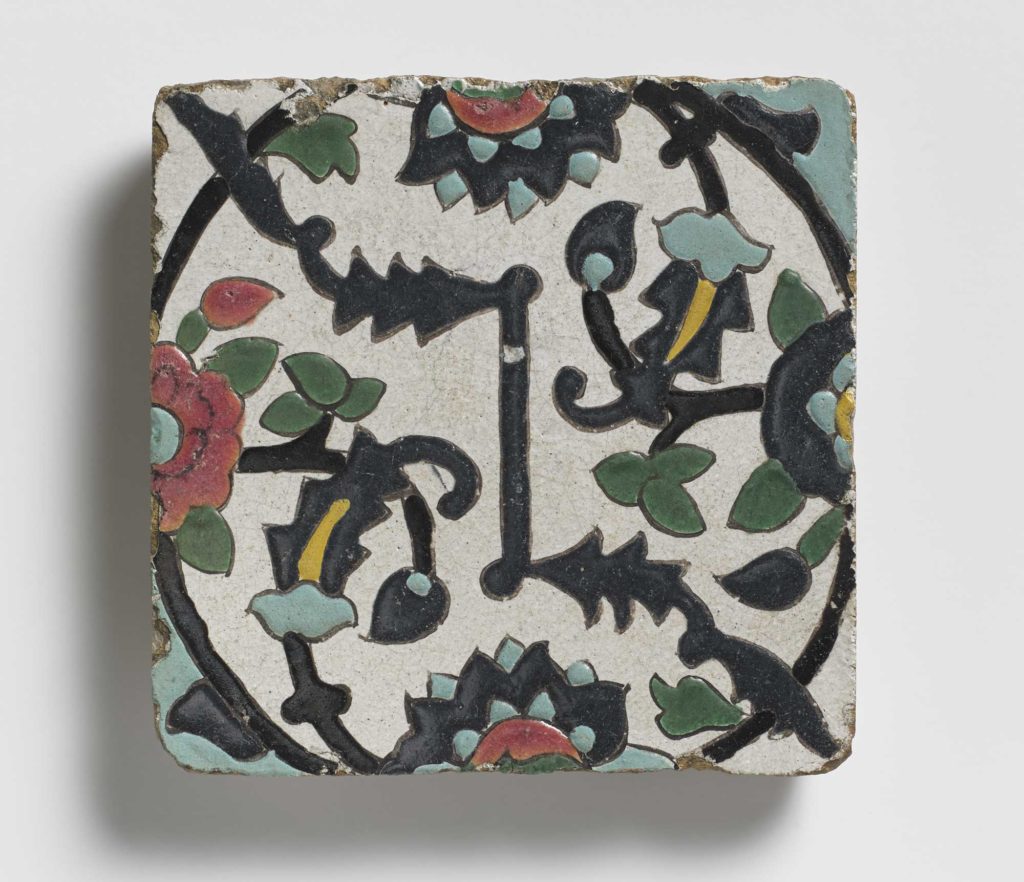 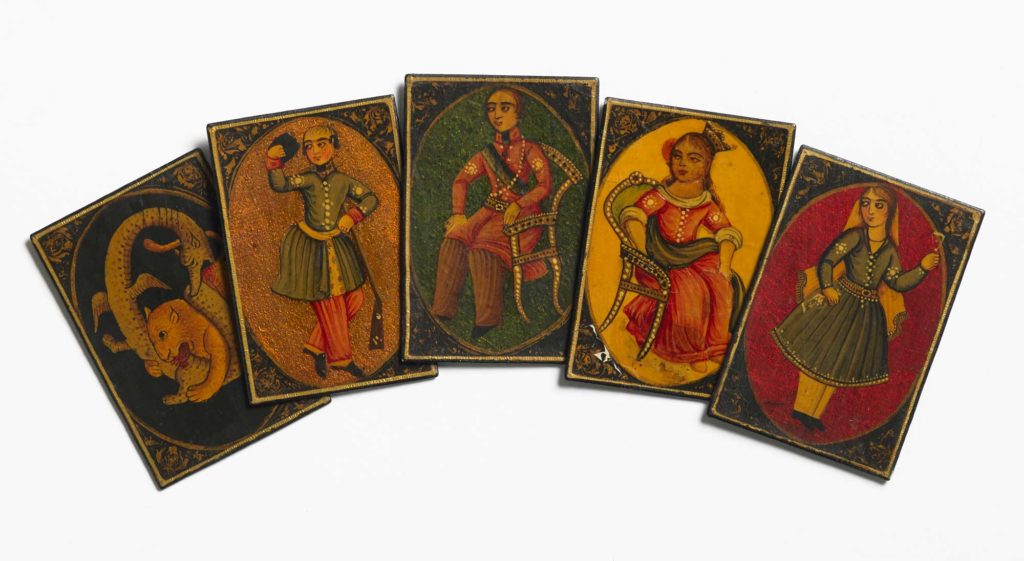 In the bazaars of Kashan she became captivated by the ornate brass and copper work vases. The large size and detailed design of the pierced and chased brass objects she bought there incorporate arabesque designs known as eslimi and Quranic styled inscriptions. The unusual half-man, half-animal figures, represent the life-and-death struggle of the Iranian monarch with an animal who symbolizes the evil forces of the world.

Fragments of damask silk, a sliver frame depicting men locked in battle with mythical beasts, leather bounds books, boxes and sherbet ladles, and intricately carved soapstone vessels acquired on her third trip to Iran with Ella, Ethel and Herbert Sykes in 1903 are also among the haul of items she eventually gave to the Holburne.

“Ellen Tanner is not well known as a woman traveller – unlike her contemporaries Gertrude Bell or Isabella Bird,” says Catrin Jones, Curator of Decorative Arts at The Holburne, “so it has been fascinating to discover more about her journey and experiences of travel in the Middle East.

“Tanner’s story can tell us so much about our own troubled times: it’s a chance to celebrate a pioneering woman and the extraordinary artistic and cultural output of the Middle East, but also a salient reminder of Britain’s history of empire.” 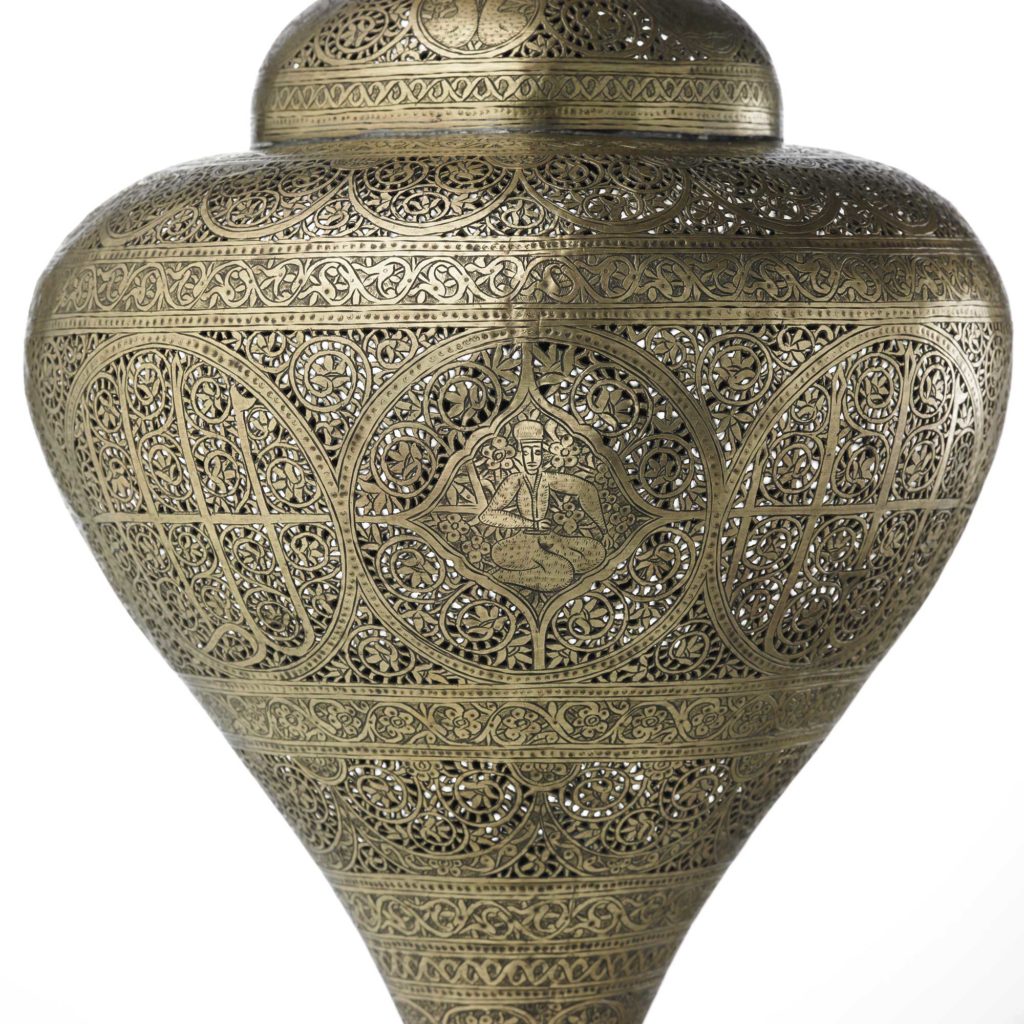 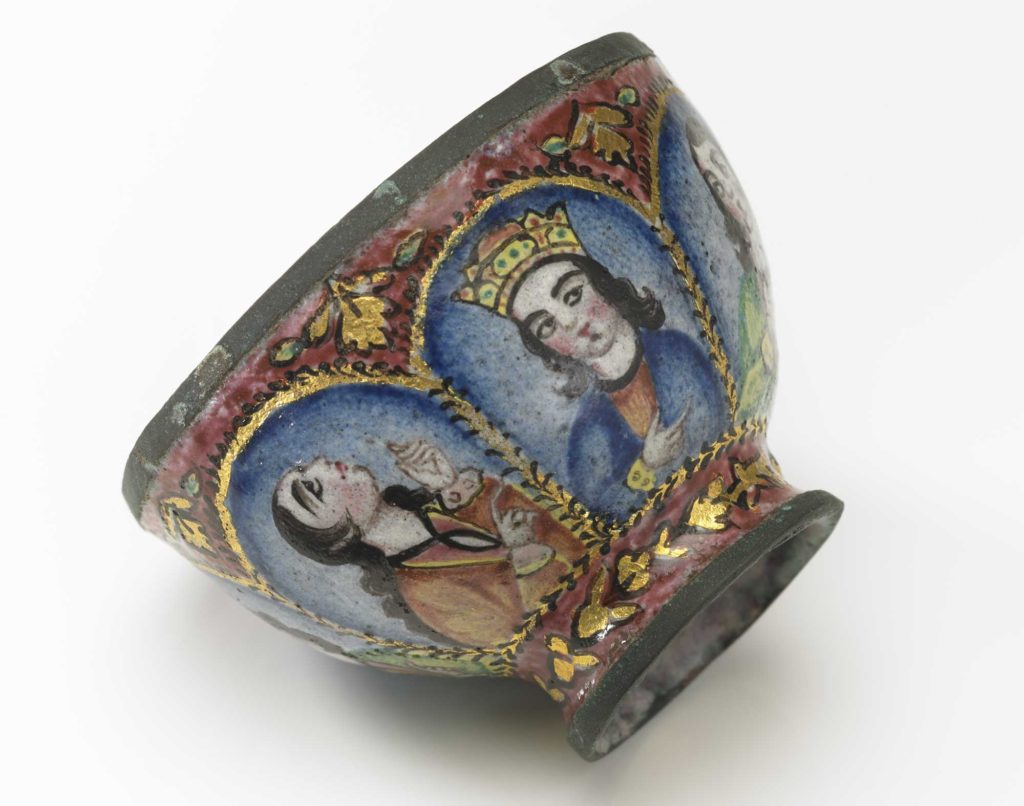 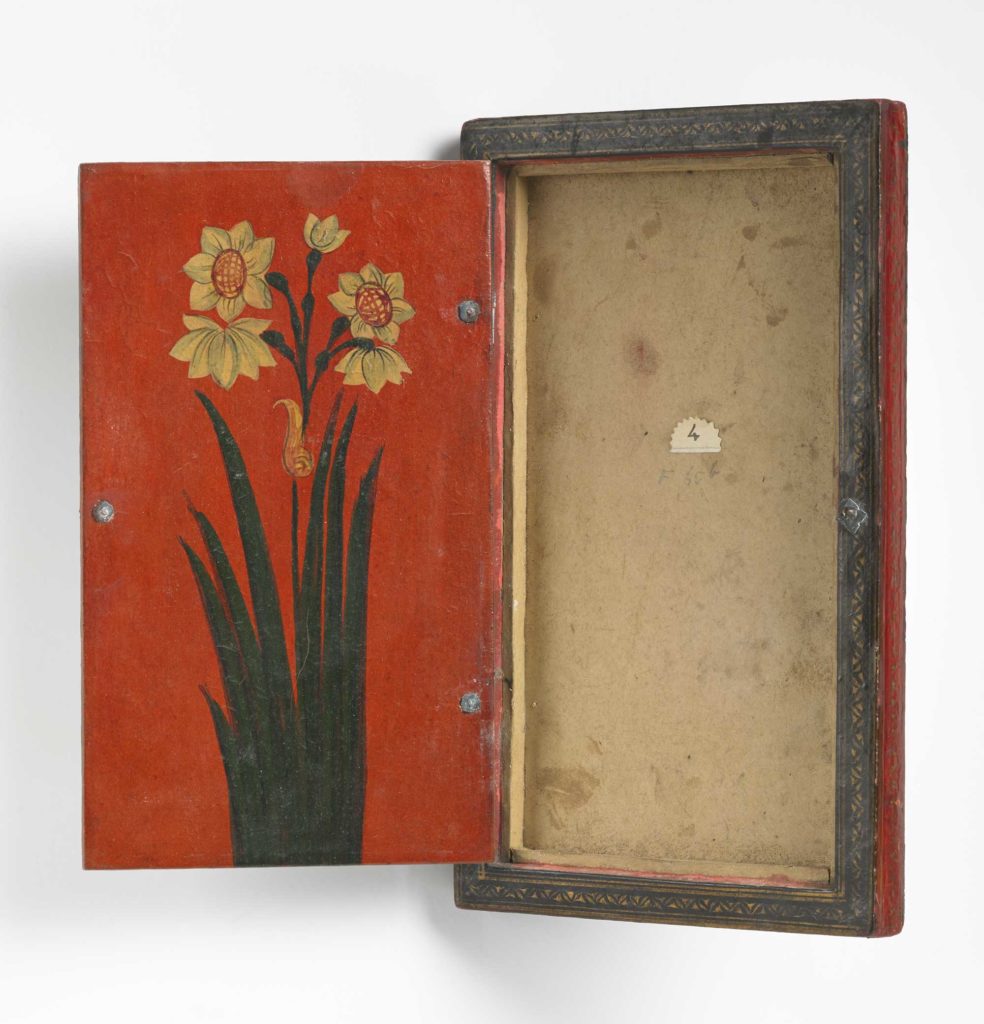 Jones adds that the museum’s ‘Big Give’ crowdfunding project enabled them to conserve more of Ellen Tanner’s collection than they had expected – 61 objects conserved by seven conservators over four months.

“The objects have been transformed and finally do justice to the intrepid woman who collected them and the exhibition is full of unusual and beautiful art from the bazaars of Iran and Iraq in the late 1890s.”

Ellen Tanner died in 1937 and is buried at Lansdown Cemetery, Bath. Her legacy and collection tells a fascinating story about her life and interests, and offers a woman’s view of the world as a late Victorian during the age of Empire. 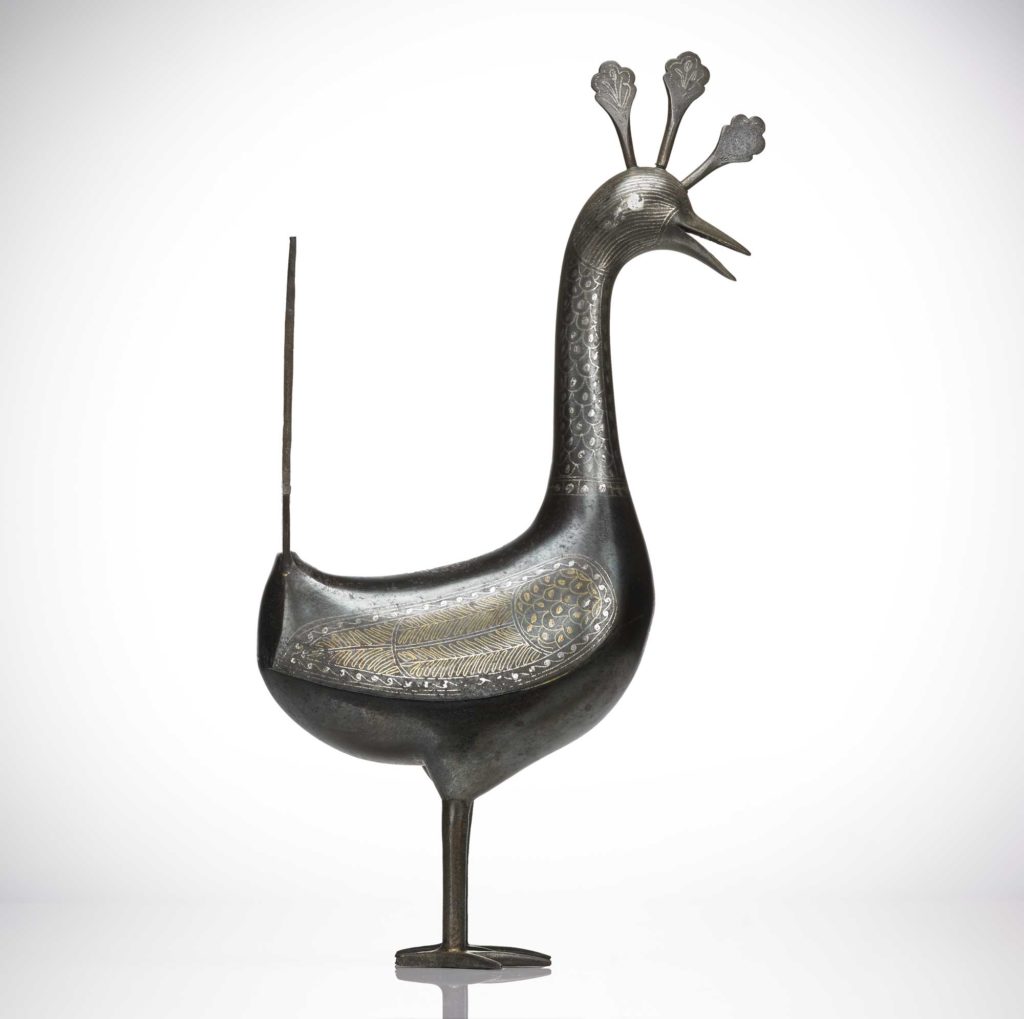 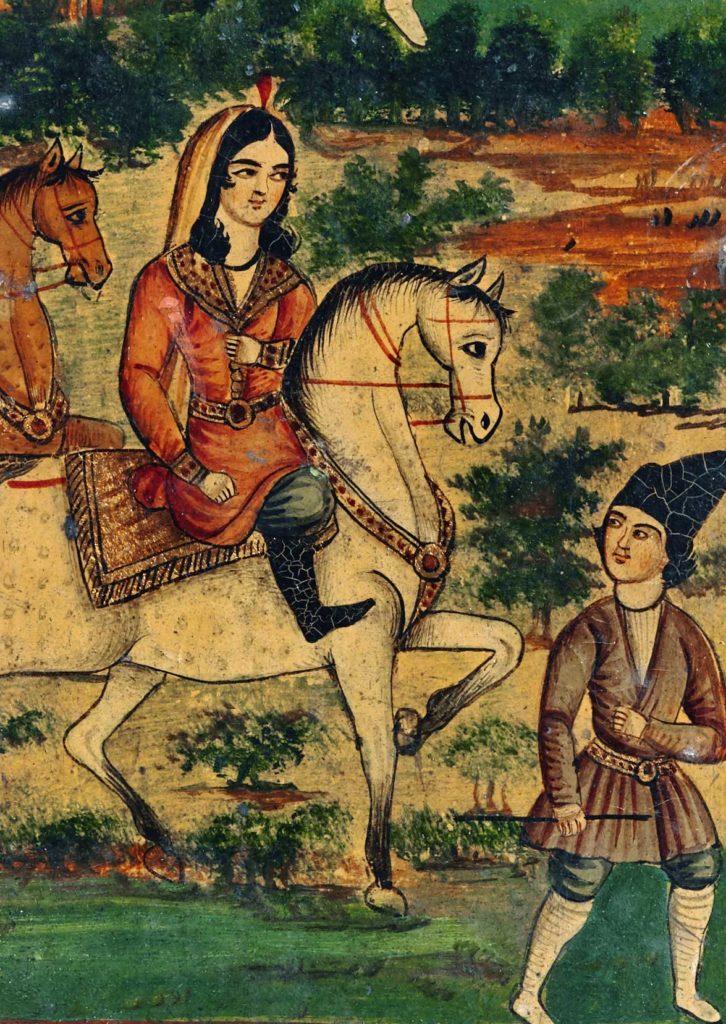 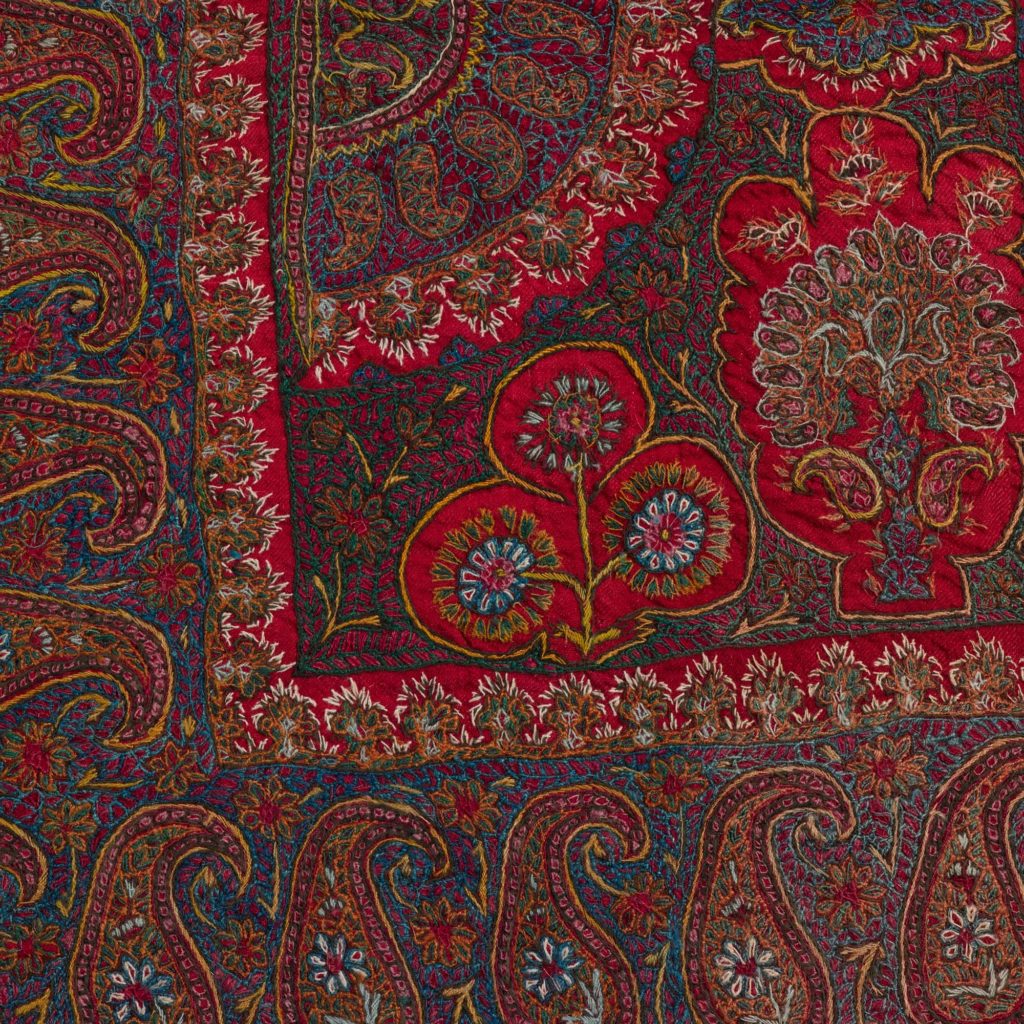 Bath to Baghdad: Ellen Tanner’s Collection of Middle Eastern Art is at the Holburne Museum, Bath until October 21 2018.

This jewel in Bath's crown was once the Georgian Sydney Hotel, whose glittering society Jane Austen watched from her house opposite. It displays the treasures collected by Sir William Holburne: superb English and continental silver, porcelain, maiolica, glass and Renaissance bronzes. The Picture Gallery contains works by Turner, Guardi, Stubbs…