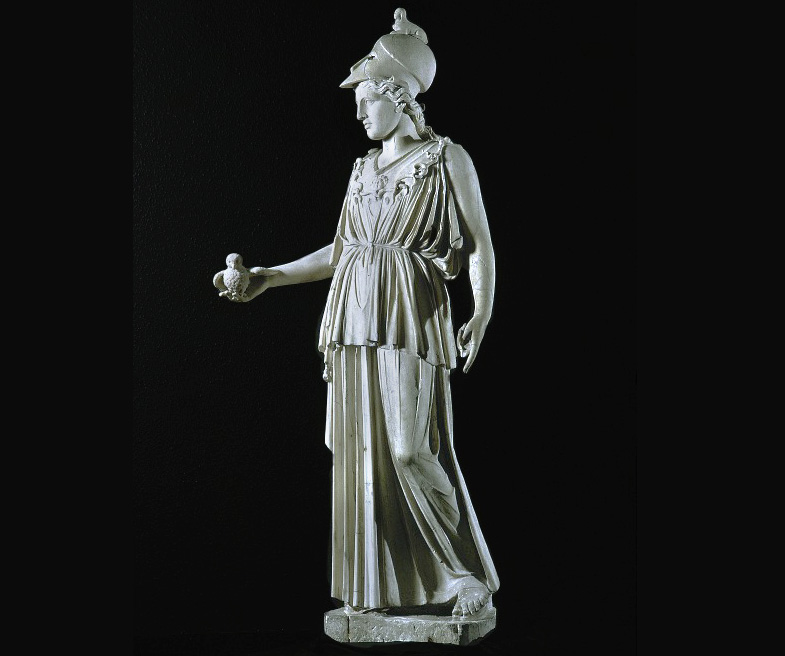 When visiting a museum, you may not at first be familiar with the origins of different collections, but Henry Blundell’s collection of sculpture is an excellent example of the 18th century interaction between Italy and Britain and the rich network of restorers, excavators, dealers and collectors that existed at the time of the Grand Tour – something not immediately apparent when looking at a collection of Roman statues and busts.

Compared to other Grand Tourists and antiquarians, Blundell undertook his tour of Italy at a later stage of his life, when he was 52 years old and he bought his statue of Athena (the Ince Athena) from the dealer, painter and excavator Thomas Jenkins (1722-1798). Jenkins was an Englishman who was born in Rome and became one of the most successful dealers for antiquities of the period – as well as a guide for British citizens in Rome.

We know that Blundell’s Athena previously belonged to Giovanni Volpato (c 1732-1803), a restorer and excavator who collaborated with both Jenkins and the painter and antiquarian Gavin Hamilton. Other pieces he bought from Volpato included a male bust, the bust of an athlete and an Augustus. 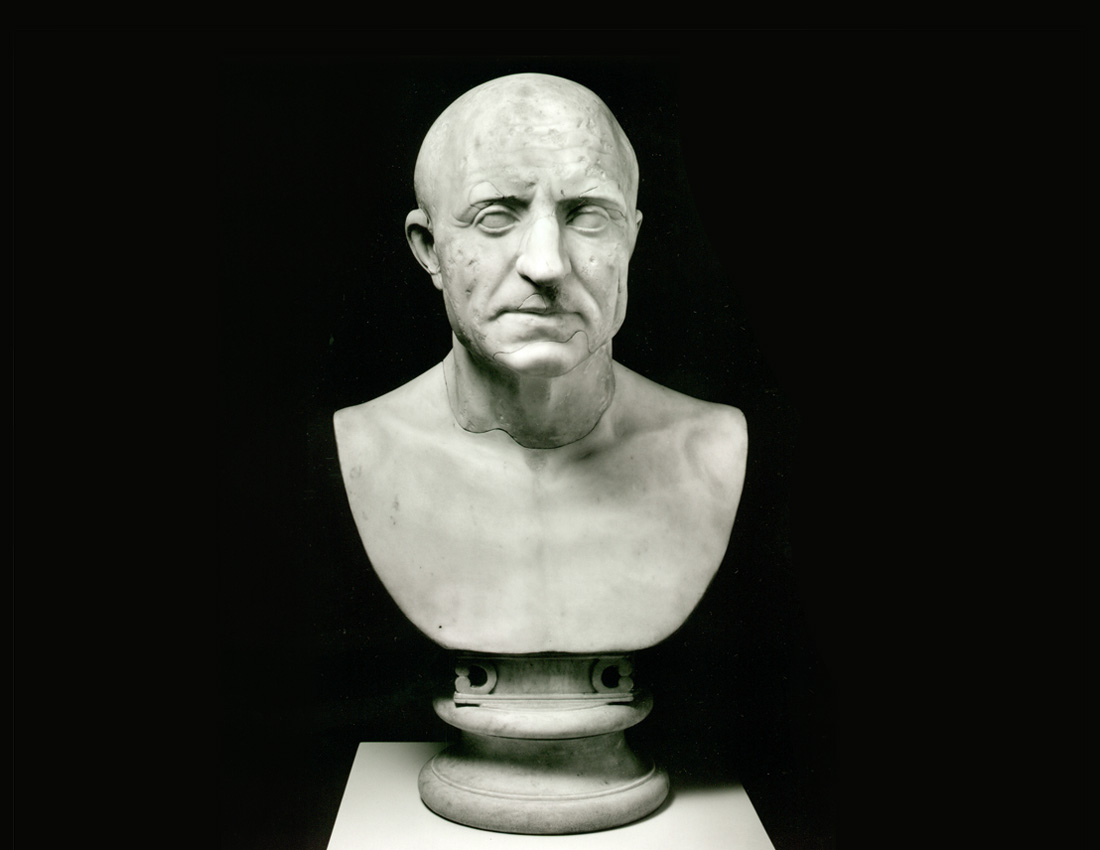 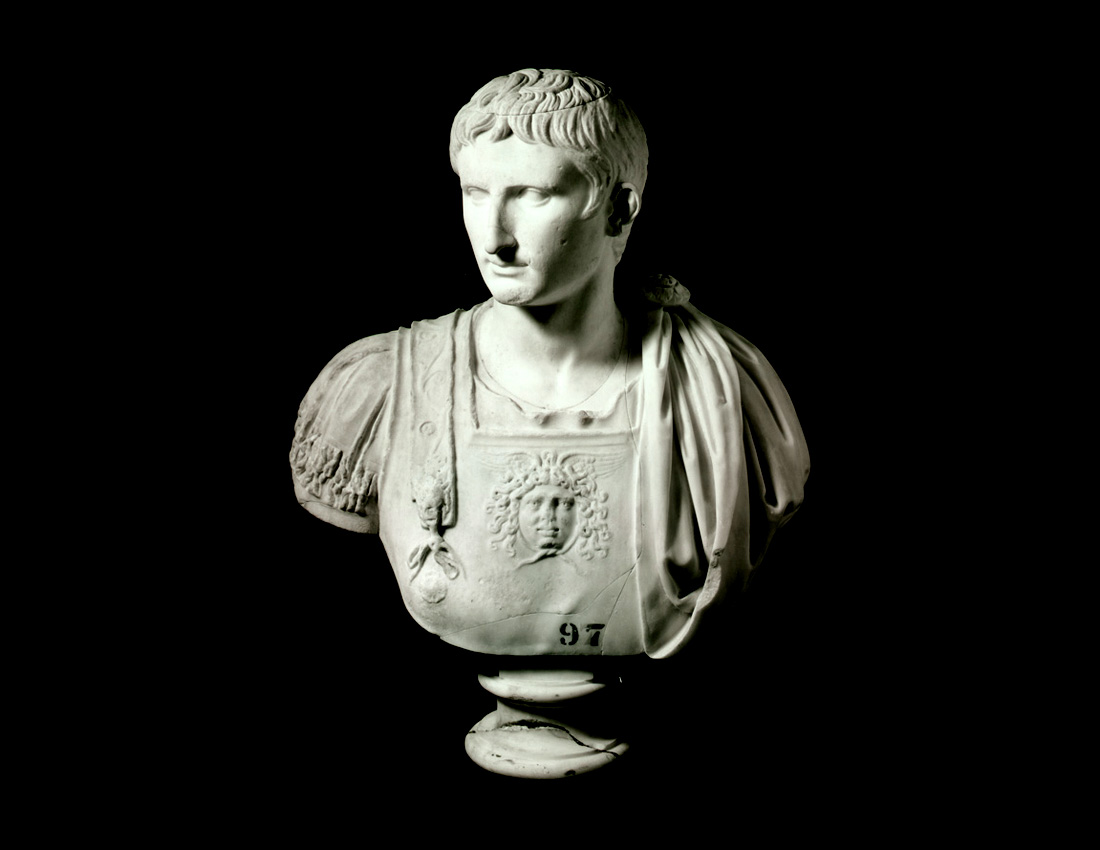 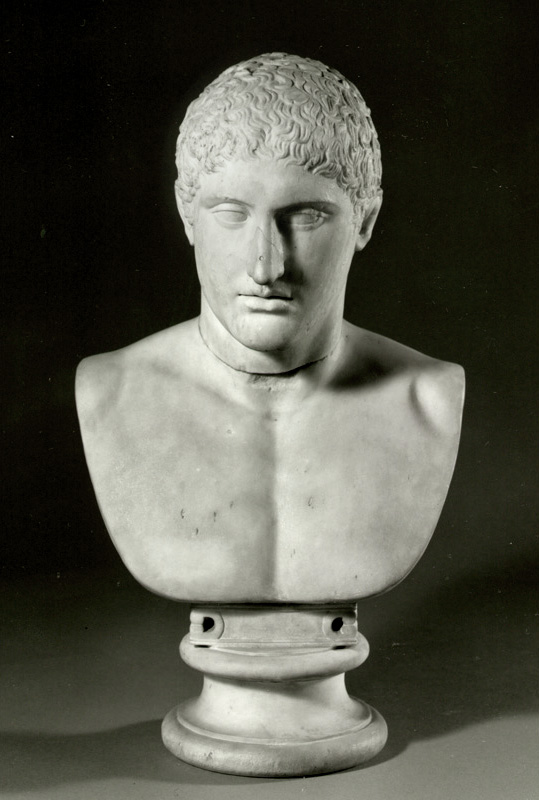 Many of the pieces Blundell acquired came from the Villa d’Este. The Venetian Antonio d’Este (1754-1837), was a sculptor and restorer who collaborated with the Rome-based sculptor Ferdinando Lisandroni, (1735-1811),  who went on to become a major restorer of classical objects in the Museum Chiaramonti in the Vatican.

Blundell purchased Anchirroe (below) from Lisandroni in the 1790s and mentioned the sculptor in his later ‘Account’ of the collection he amassed at his Cheshire country house Ince Hall, as being the man responsible for persuading the influential Reveranda Camera to grant an export licence for the statue of Phrygia. But he relied more on the services of the Jesuit priest, Father John Thorpe (1726-1792) whom he had met during his tour in Italy in 1777. 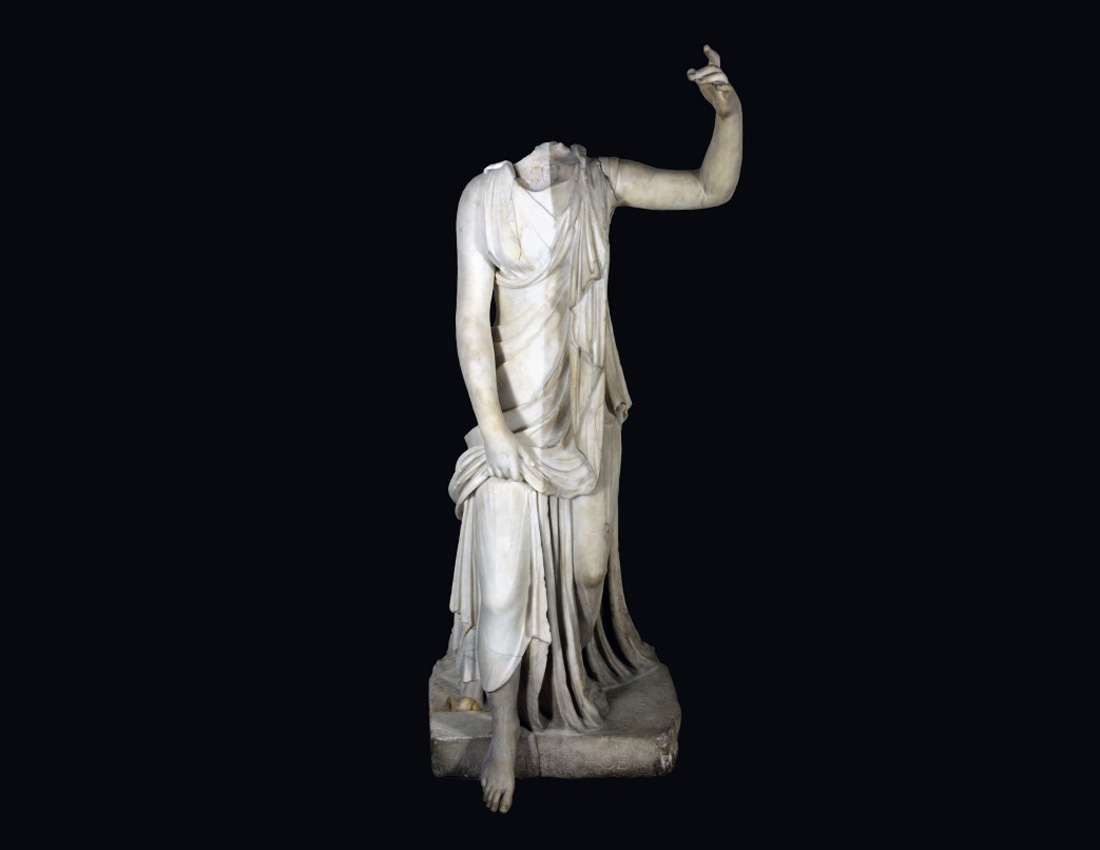 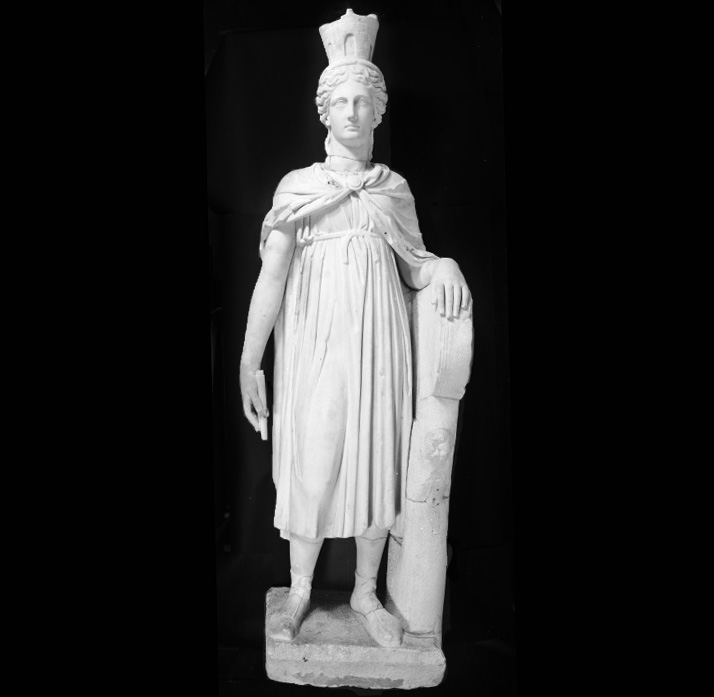 Blundell seemed to prefer Thorpe to the well-known dealers of the time—like the antiquary Jenkins—and the priest became an agent to many other British collectors, introducing Blundell to the Italian neoclassical sculptor Antonio Canova. Pieces such as the female bust (which Blundell identified as Iphigeneia) and the small statuette of a young Hermes all came through Thorpe. 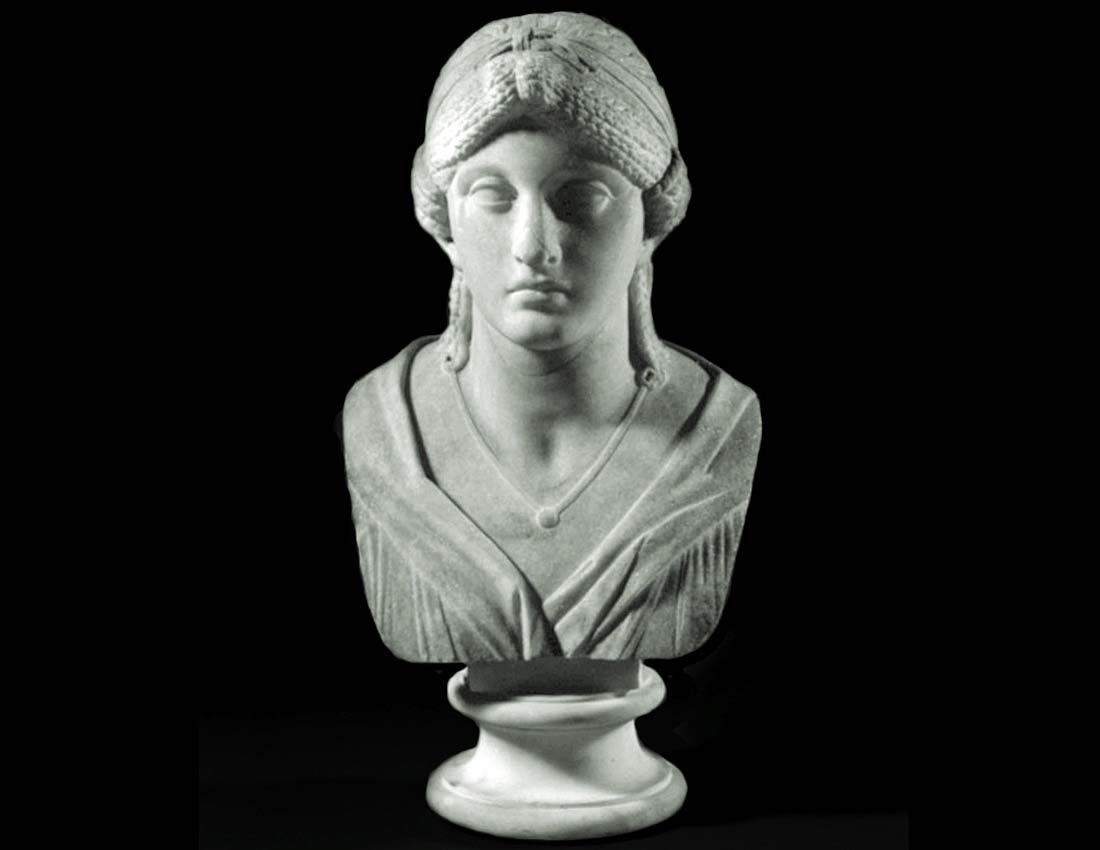 In many cases Blundell interpreted the sculpture in his collection based on his knowledge of myths and heroes—or from works that he had known in other collections. The Account of the collection, which we wrote as early as 1803, reveals his personal taste and demonstrates his knowledge and interest in the stories and characters of certain gods or emperors. When compared to contemporary guides to museums The Account has an acute personal tone which is very different to the type of impersonal and neutral language museums often employ.

But trying to identify certain statues can be difficult—even today; statues and busts often lack specific attributes and such attributes may not always be the best way for identifying who the god or sitter is. 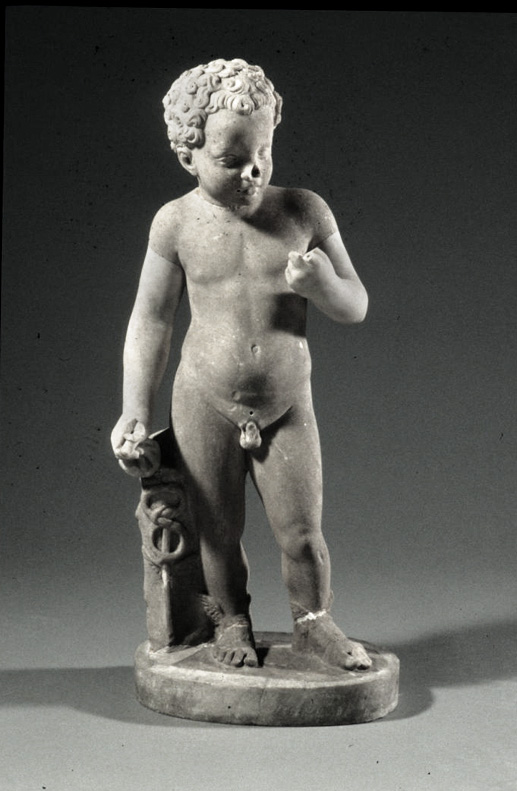 For example the female statue (below left) has a mask in one of her hands and this led scholars to identify her as one of the Muses, perhaps Thalia, but certain elements of her drapery recall the statue of the Aphrodite Urania which was described by the Greek writer Pausanias as the work of the Greek sculptor Pheidias.

Often—and even in Roman times, but most certainly in the 18th century—statues were restored with additional pieces; in some cases adding what was perceived to be the right attributes to make the piece more sellable.

The identities of certain statues also changed. Theseus was known from the 16th century as a statue of Mars but had reverted to Theseus by Blundell’s time. The god is holding a club and his masculine, strong body suggests that he is more the virile God of War, Mars. Theseus was an Athenian hero and the Romans were more akin to worshipping Mars and Hercules than an Athenian hero. How and why this change of identity happened is unknown but it might have been that such a change was a value statement of the superiority of Greek origin sculpture over Roman. 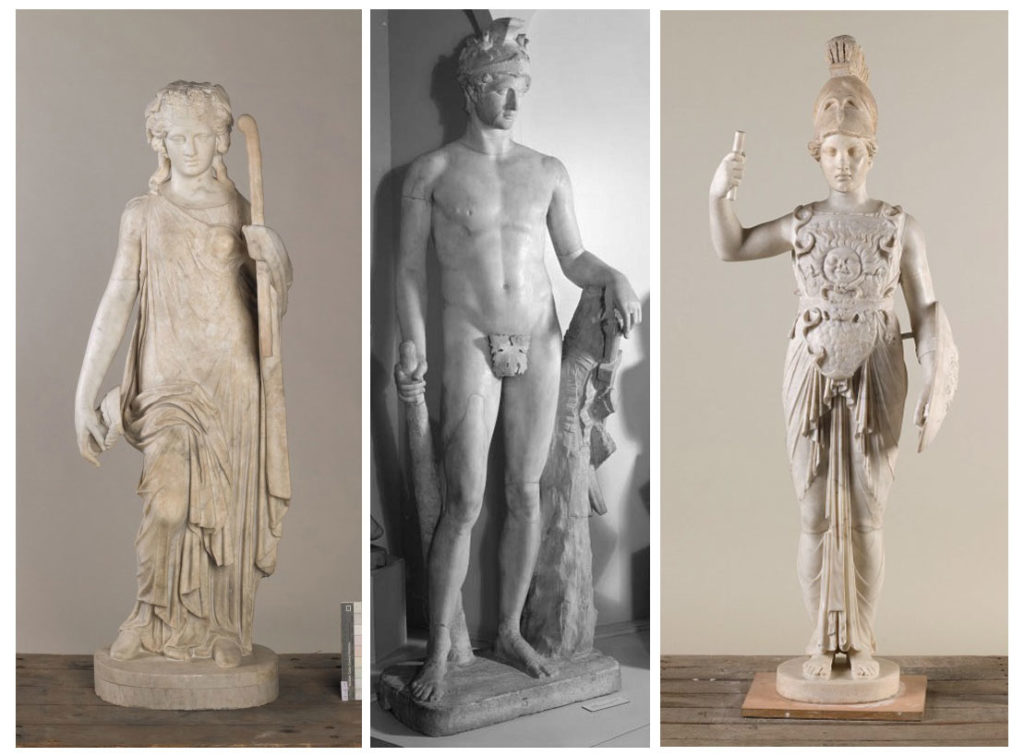 We may have some purist ideas about what classical sculpture is, but this was not the case in Roman times and most certainly was not the norm in 18th century practices of collecting and restoring ancient sculptures.

The statuette he purchased of an Archaic Athena has a body reminiscent of an archaic statue of a kore, a type of Ancient Greek sculpture depicting a young female, with the legs static and attached to the body. However the head of the statue is very much from the high classical period, with the oval and highly idealised face. In this case the head, which is ancient, came from a different statue to the body. During the time of the Roman Emperor Claudius (41-54 AD) the fashion for Roman art was very much for archaic works.

See the collection at World Museum Liverpool and find out more at www.liverpoolmuseums.org.uk/wml/collections/antiquities/roman/ince-blundell/index.aspx

Discover treasures from around the world, explore outer space and meet live creatures at the World Museum! World Museum is the largest and oldest of the National Museums Liverpool, founded in 1851 when the 13th Earl of Derby left his substantial natural history collection to the city.