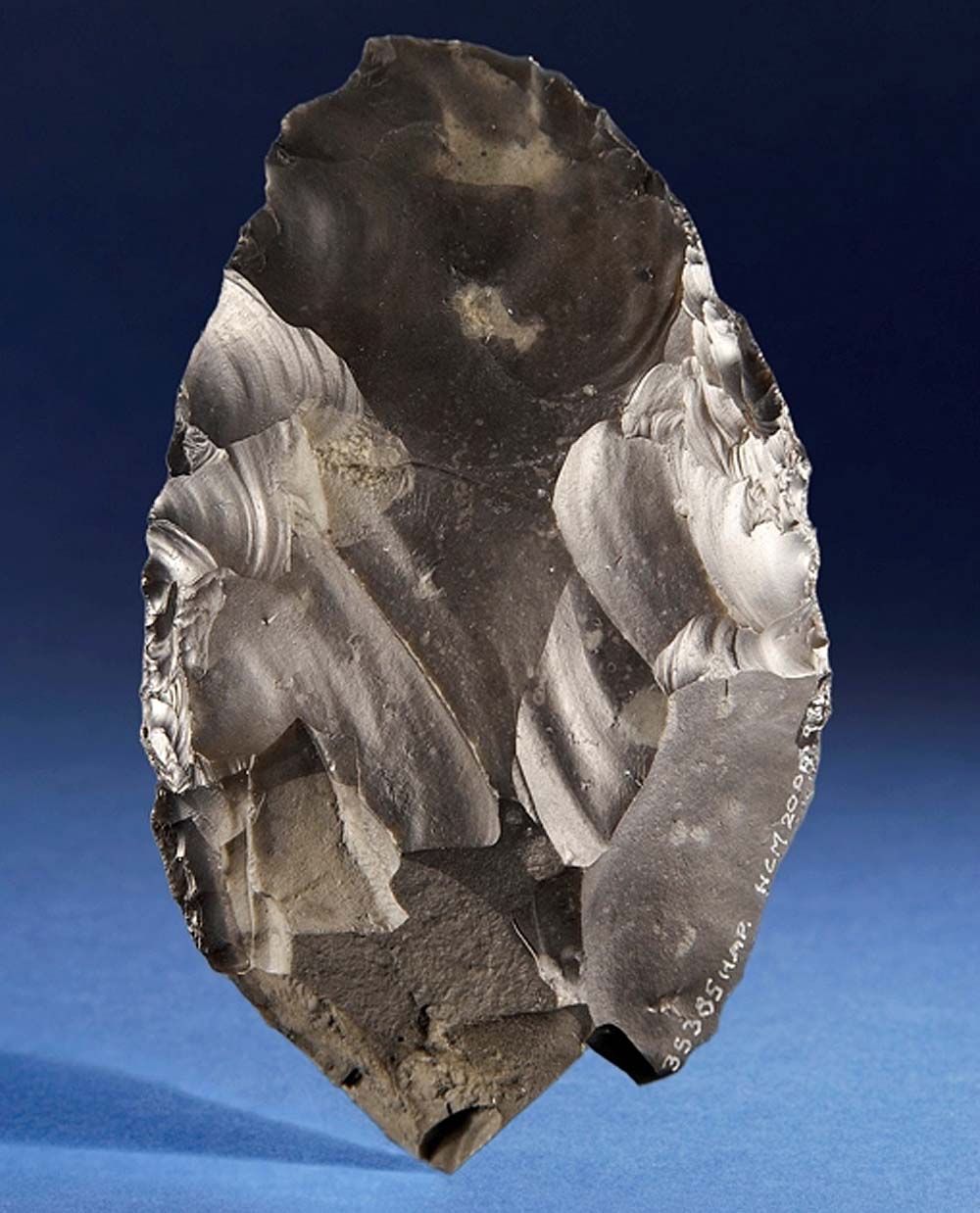 It is a beautiful object. The flint is black in this area of Norfolk – it is not grey as you might think – and someone has gone to enormous lengths to make it beautiful.

The Happisburgh hand axe was found relatively recently, in 2000, and its discovery meant that we actually found evidence for human occupation in this country 200,000 years earlier than previously thought, so it has rewritten the history books.

It’s 500,000 years old so we’re talking about something that is pre-Neanderthal; it’s very old, in fact it’s the oldest hand axe found in northwest Europe. It was found by a man walking his dog on the beach on the north Norfolk coast at Happisburgh; the area is undergoing coastal erosion which means things are being exposed for the first time.

We’re very lucky in Norfolk because there is a very long history of human occupation. The area would have been joined to Europe at that time, so you could have walked to Ostend but in the same area we discovered shards of flint that are twice as old as the hand axe itself, so we know it was a local material and wasn’t brought in from anywhere else.

After it was handed in to Norwich Castle, the local museum service worked with the British Museum to identify and date the object – it wasn’t immediately apparent how significant it was but what its age reveals is that human occupation happened very much earlier in north-west Europe than previously thought – and that’s very exciting. 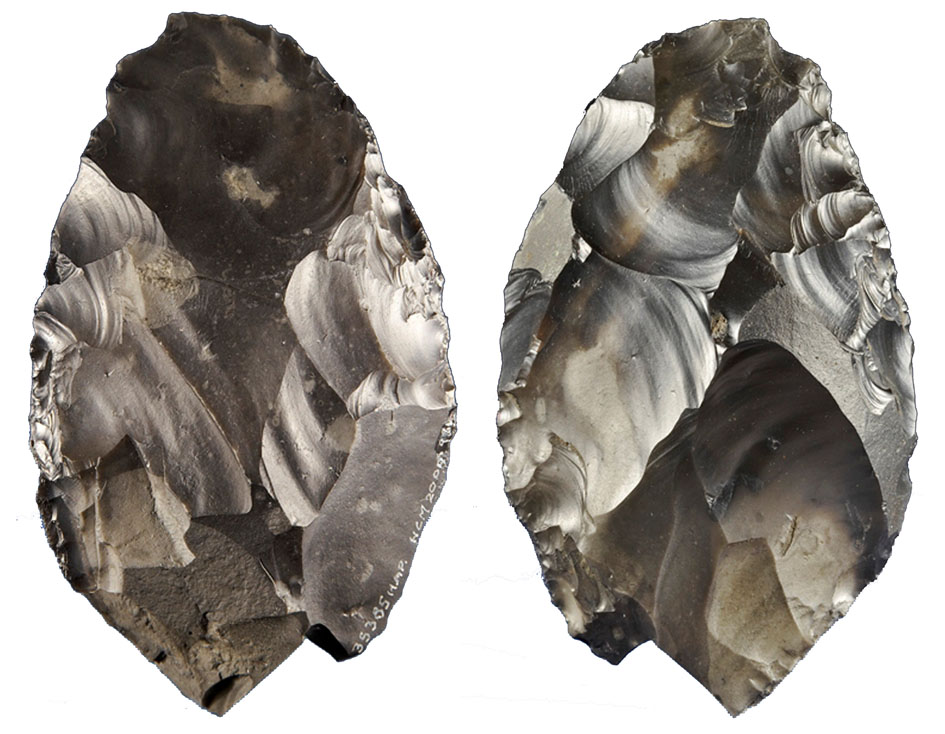 The Paleolithic handaxe as recorded on the Portable Antiquities website, finds.org.uk

It’s more crafted than it really needs to be for the purpose it was intended, so somebody has obviously wanted to create a tool that was nice to look at as well as being nice to hold and use.

Rather like a Swiss army knife, it could be used in a variety of ways; for scraping, chopping and butchering. There was even a blunt end so it could have been used as a mallet for knocking something into the ground – it really was multipurpose. It was also quite sharp.

Although we have no real evidence for a hierarchy in society at that time, a hand axe like this would have been an enormously valuable object. They would have had to hunt for their food and butcher the animal in order to eat and get material for their clothes and shoes.

Butchery sites of mammoths have been found on the north Norfolk coast around the same area the hand axe was found, so we have several flint tools in the collection. But this is the star of the show. This is the oldest one.

Read more about the hand axe on the Portable Antiquities Scheme database finds.org.uk